Regular User
Your reports are surely the best on this site chemist - outstanding!

Regular User
Superb mate. It's a yes from me

28DL Full Member
Quality stuff there mate, & good to finally reveal what's lying inside this beauty. Shame it's a bit bare, but there are plenty of nice features still

Regular User
Just spunked on my screen man!
Us 'younguns', we are the next generation. Remember that.

Regular User
I came across a number of rather beautiful plans for the pump house and am adding a few here since they make sense of parts of the building I wasn’t sure about or got wrong.
This second floor plan shows that the clock tower on the end, now demolished, was in fact the accumulator (the parts outlined in red have gone). 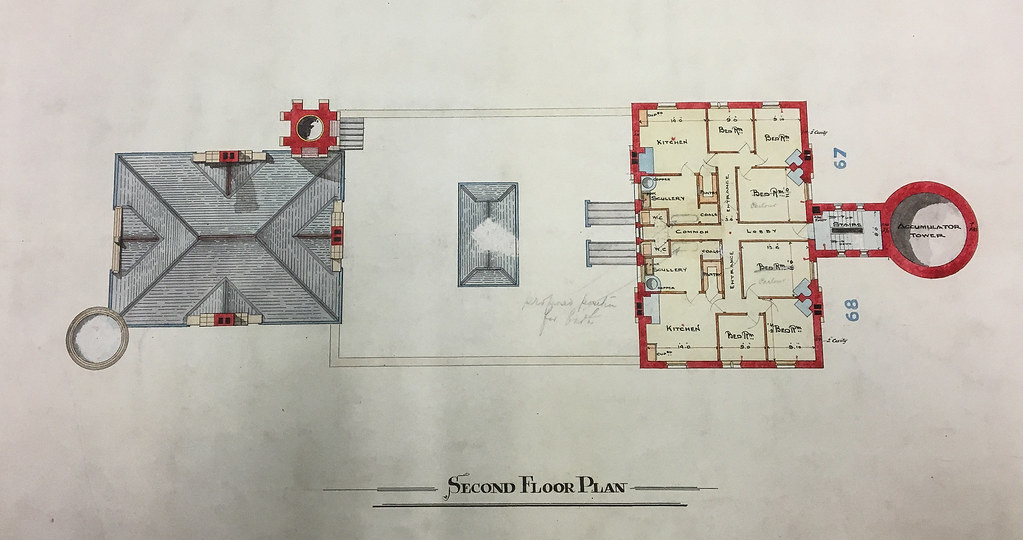 A side view of pump engine house shows that the drop box at the top of the spiral staircase in the remaining tower was for tipping down ash from the hearths.
The ash ends up inside the little opening at ground level that can be seen on the left just outside the entrance to the stairs. 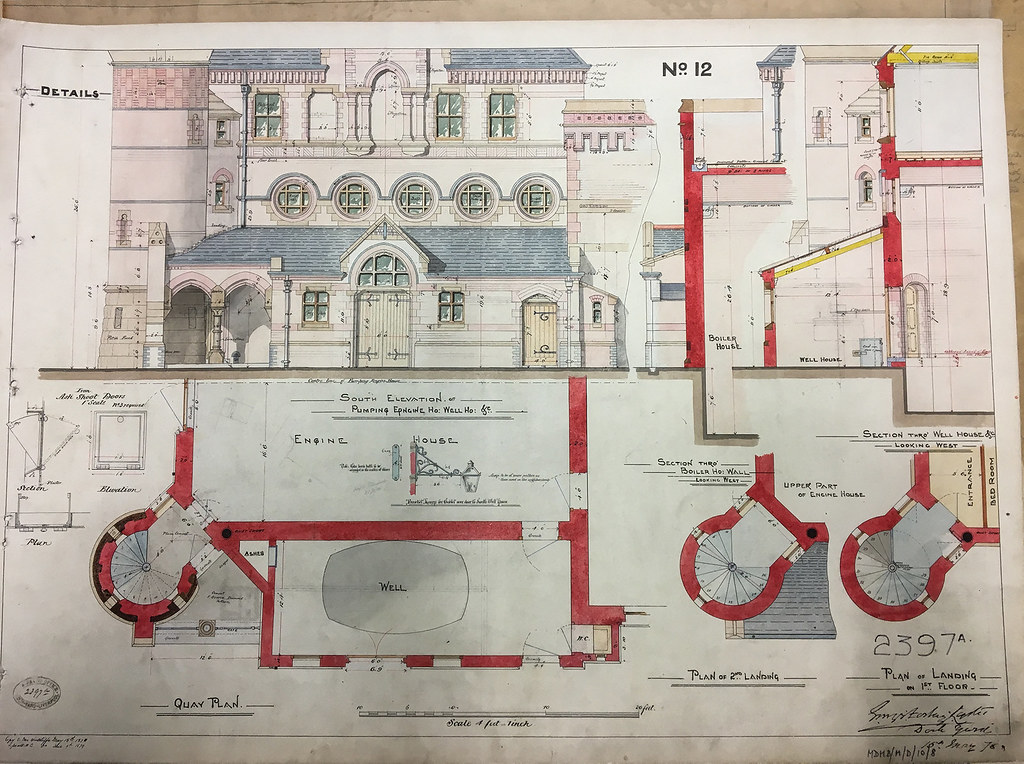 What I called the engine house with the vaulted roof and tall windows was in fact the boiler house, which makes more sense.
Steam raised here was piped next door to the engines, which worked centrifugal pumps in deep wells located under the extensions on either side.
This is where the big electric pumps were later installed. The wells now seem to be capped, but I wouldn’t go stomping around in this area too much! 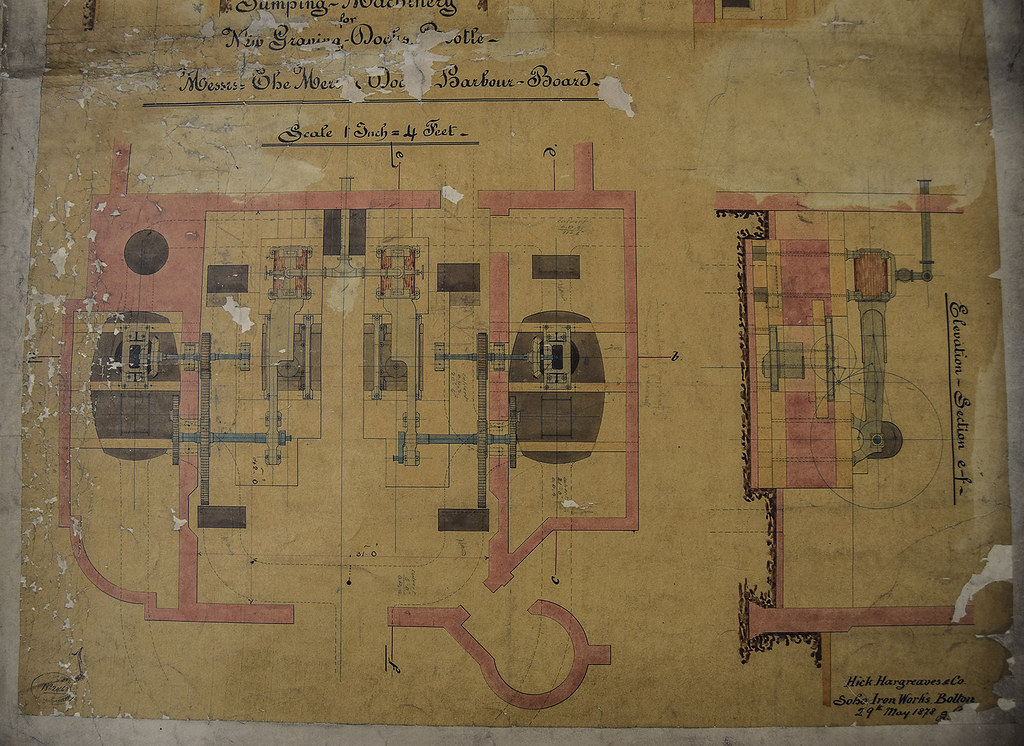 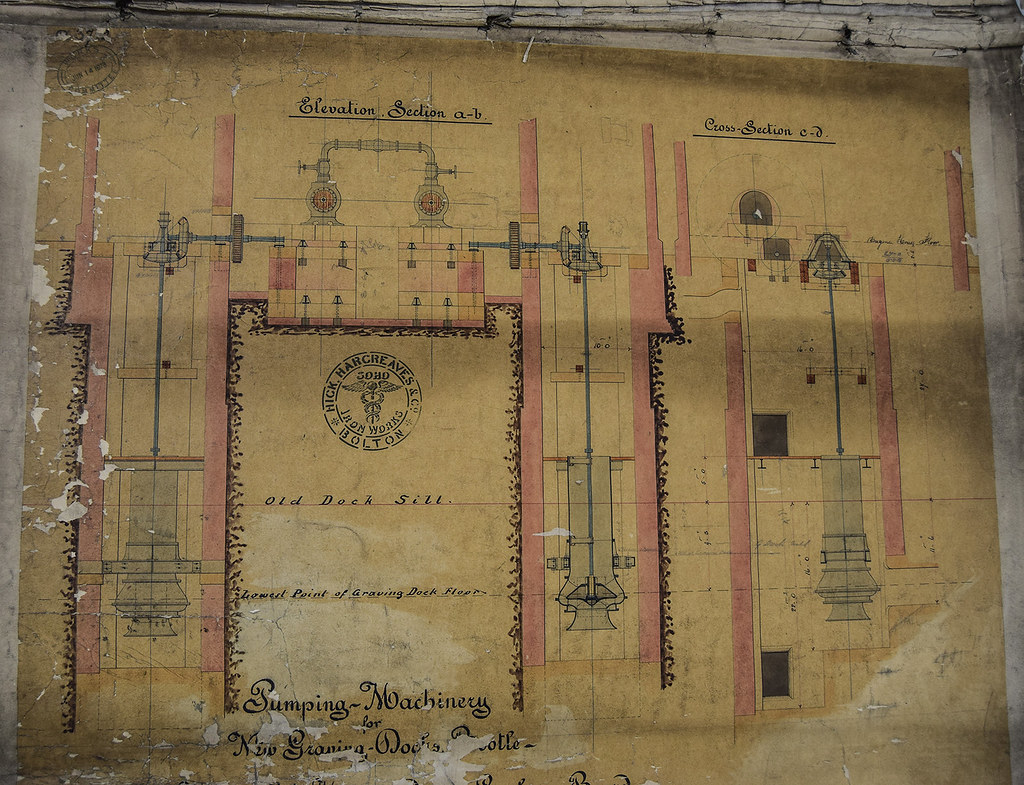 28DL Member
awesome, love the big motor and the switch gear
B