28DL Full Member
Irbene, only 200 km away from the town Slite on the Swedish island Gotlandâ€¦.

Irbene
Here was one of the Soviet Union several "Radio Telescopes" stationed. To maintain the facility with staff as a whole society was built, nearly 2000 employees who lived in simple housing barracks and spent days in the KGB's review intercepting radio, only to then go off to the gym and train a little, upload before the Olympics in 1980, or see an uplifting film in the collection room, and maybe finish Saturday in the sunset light the influence of a bottle of Vodkaâ€¦.

Until 1993, when the withdrawal of Soviet army troops from the Baltic states negotiated was the presence of these dishes / radio telescopes and the top-secret communications center Zvyzdochka (Little Star) revealed.

Radio Telescopes of this type built from the beginning to give Soviet spacecraft radio. The first antenna was built in the Crimea (Ukraine) and had an important mission, to follow the first Soviet cosmopolitan Athens Yuriy Gagarin in space in 1961.

Later they used this type of antennas for the "other" military purposes. During the 80-century the antennas was primarily used to monitor the satellites above the Soviet Union, Europe and North America, to track submarines in the Baltic Sea, and to make precise measurements of Earth's surface to determine how Soviet nuclear missiles could be targeted in the best way

From the beginning, there were three dishes on the spot. After the Soviet withdrawal, they did bring with them the minimum 10-meters antenna, but the 16 meter and 32 meter antennas were too large to move.

Following pressure from international radio astronomers and the Russian Academy of Sciences, could Soviet army kept outside, and that prevented them from destroying the RT-16 and RT-32, these were assigned instead to Latvia. Today, this part of the plant, nowadays antennas used for space and radio research.

The visit in 2007
My first visit to the Irbene occurred in 2007. Almost winter and rain hung in the air, we could only conclude that the residential area, etc. was a huge ruin.

Most of small things was gone, we walked around there, step up and step down, saw some "tracks", and at last we run in to Ivan 1 and Ivan 2. - "Aj aj aj, dangerous to be here, you may have a stone in the head" (My free translation from Russian to Swedish and English) know that it is only to "like situation", says - "Da da, understand, we to go our way / to the car "(My free translation from Russian to Swedish to English)

We walked towards the car, but they pointed out, - "comply with us", thought about the idea, hmmm, now them going to take cameras, money, and make dog food from us. But they show us the stunning wall paintings, etc., we gave them some thanks to the LAT, so does a rough pretty Russian girl up, which is to be English, but can no English, realize afterwards that they understand that we pay some LAT for "view", and that she too should get a penny, which she got.

Back in 2008
Returning then to Irbene spring 2008. The weather was better with both the sun and heat. May be this time to see RT-32 (but the RT-16, we could not find) Returning also to the residential area, etc., waiting only to Ivan 1, Ivan 2, and maybe Ludmila, will pop up from nowhere once again, but they are notable by their absence, perhaps on long weekend around May 1?

We did have time to look around some more, take a lot of new pictures, look to wall paintings still exist, but really there is not much more to see, brick ruins as far eye can see, but after several visits to the Baltic States, one realizes more and more all connection, naval bases, airfields, radio telescopes, missile bases, etc, all very close to us in Sweden, in any way I can understand why Sweden rust was that it was made during the Cold War. 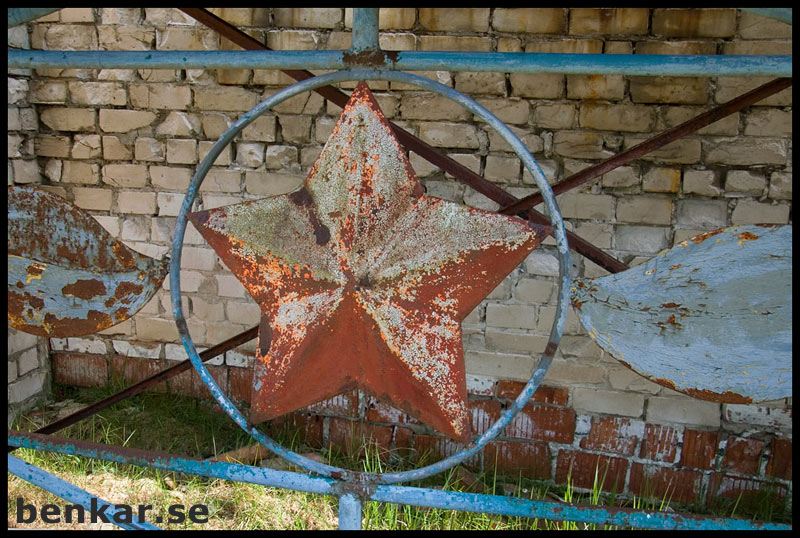 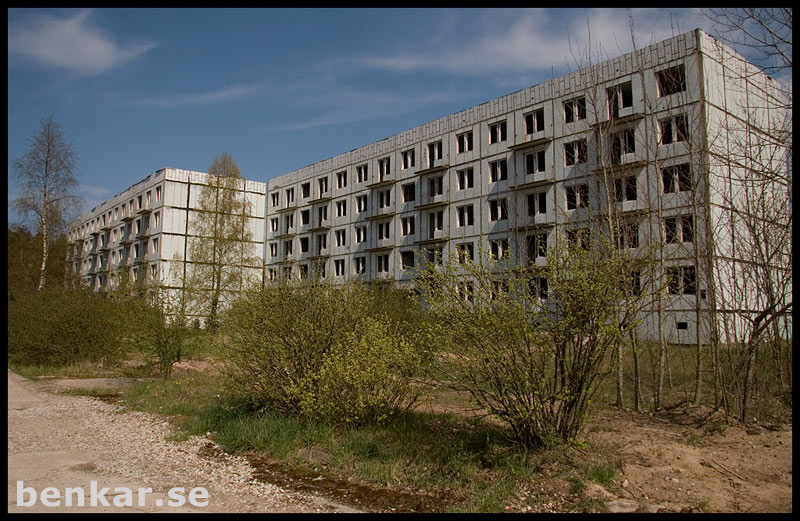 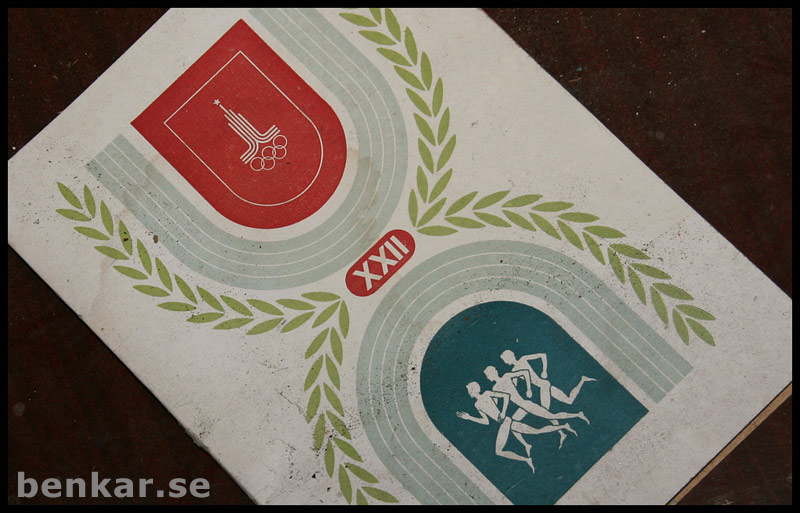 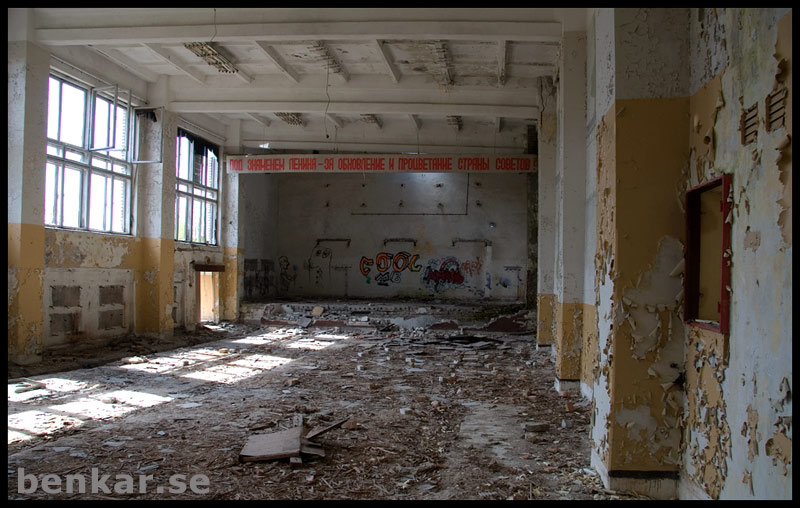 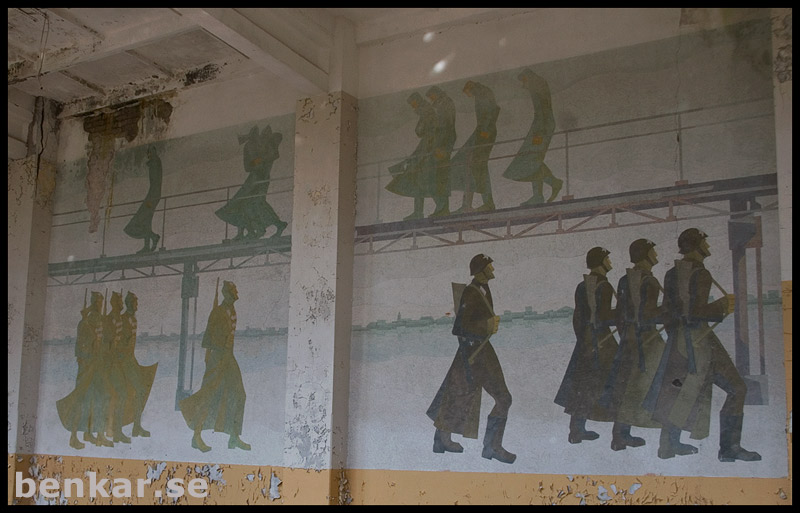 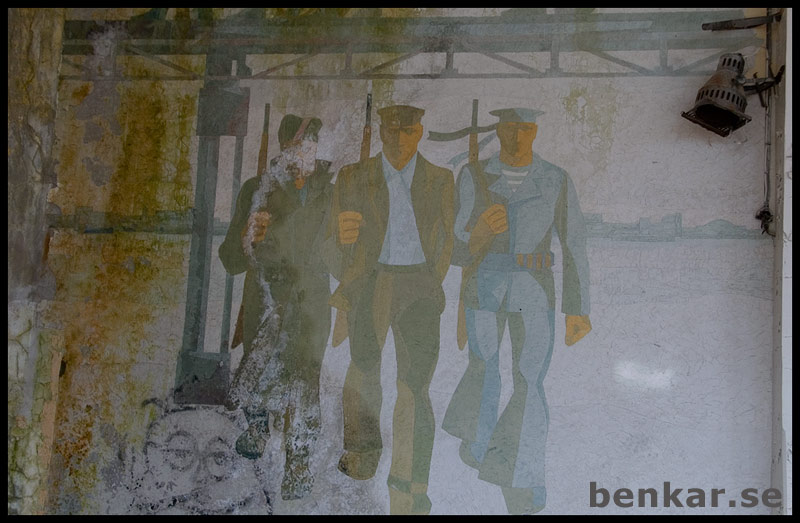 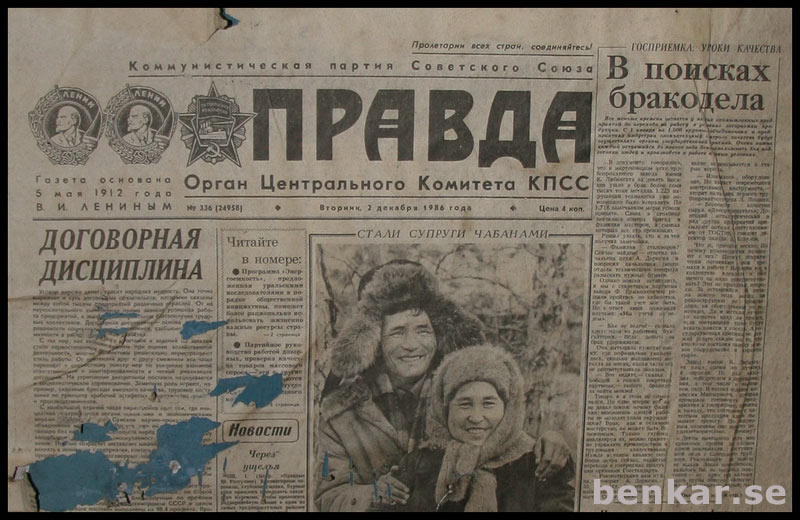 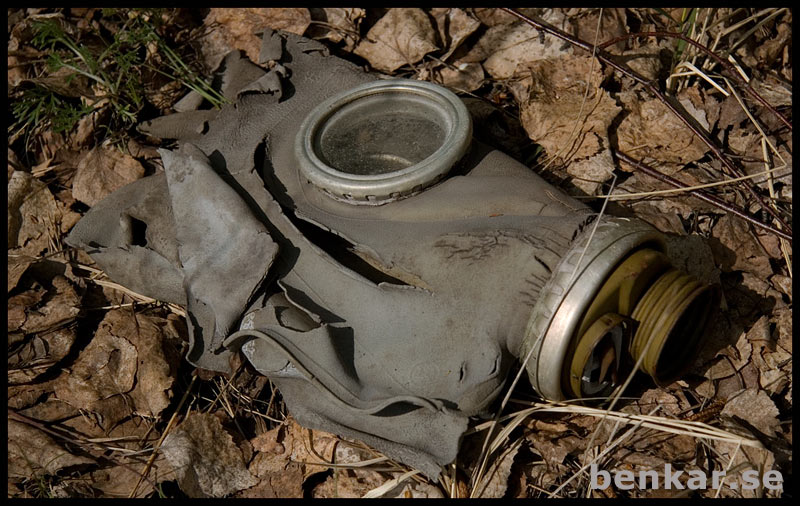 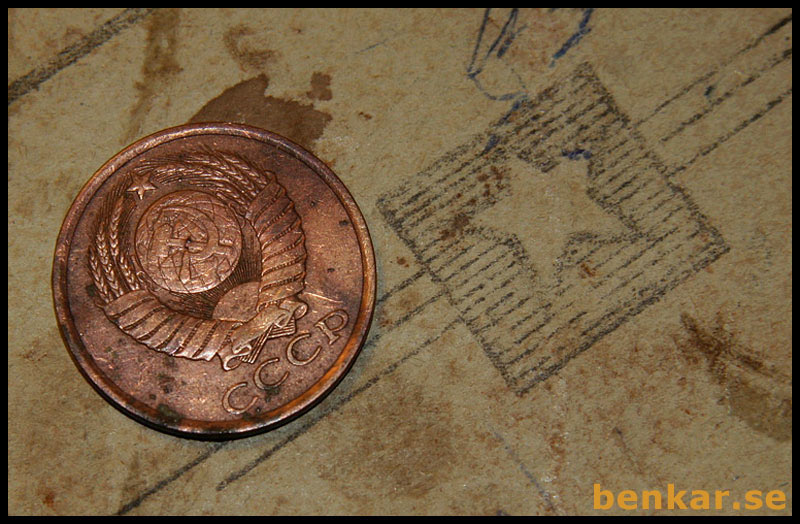 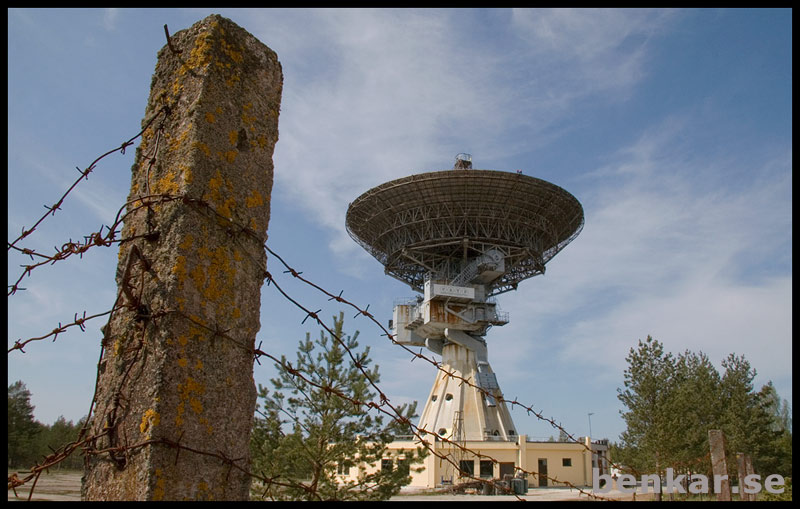