28DL Member
Lindholme ROC post found in a half acre triangular area on the outskirts from the former RAF Lindholme (now HMP Lindholme), visited solo today 19/07/2020 unfortunately I had no Camera as I wasn't expecting to go (spur of the moment) the post has been altered from its original design quite significantly, some elements from the original post are still recognisable. It has been extended and and now consists of several rooms with a fireplace, a bathroom and other seperate rooms. The compound is overgrown but still easily accessible, there are signs that CCTV is in operation, however I found no evidence of this and although it looks as though power was once at the bunker it appears to no longer be the case, the door which is a new feature from the original post is broken down and there are signs that someone in the past few years has been staying in the bunker, probably a vagrant looking at the tent inside and canned food, looks like no one had been for a few months from the rust on the cans however. the internal has been vandalised and needs a lot of work to get back to a livable state.

below is the link to when it was for sale in 2017 and apart from in being worse the pictures are still relevant. 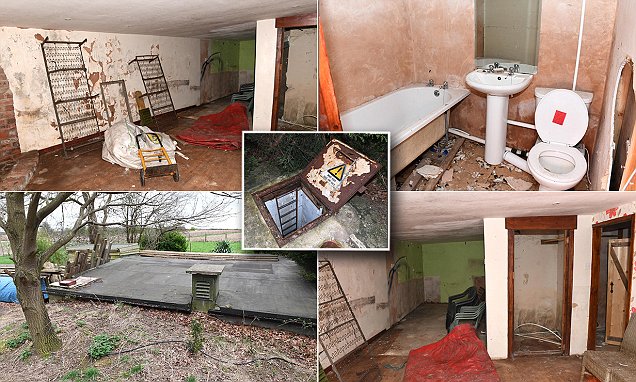 Underground Cold War bunker on the market for £25k

The former nuclear shelter at RAF Lindholme near Doncaster boasts three rooms, a bathroom and a fireplace and is set go under the hammer for an estimated £25-£35,000.