Regular User
I’m not sure the world needs another Littlewoods report quite so soon after the last one, but here it is anyway. We live about half a mile away from this local tourist attraction but had never explored it, apart from a sort of permission visit a few years ago. Then we just cycled up to the front door and asked the security guy if we could look round - he said OK, and accompanied us round a few rooms (I think it was his first day on the job). So come the May bank holiday and I had just sent a list of locations in Liverpool to some characters who were planning a visit - this list included Littlewoods as a fallback mainly because I knew it was currently accessible - I cycle past it quite often. Mentioning this to Junior, he said he quite fancied a proper look round himself, so this became our bank holiday explore.

For reference here are the previous reports since the search function is not that reliable:

A short bit about the place: Art Deco (1938) but not listed, was Littlewoods Pools, various things during WW2, last occupied by a printing firm (JCM) and empty since 2003. The building itself is a pair of long blocks, one single storey the other double, joined together by a later 60’s addition with a curved roof. The interior is mostly big shed-like spaces and nothing much else. 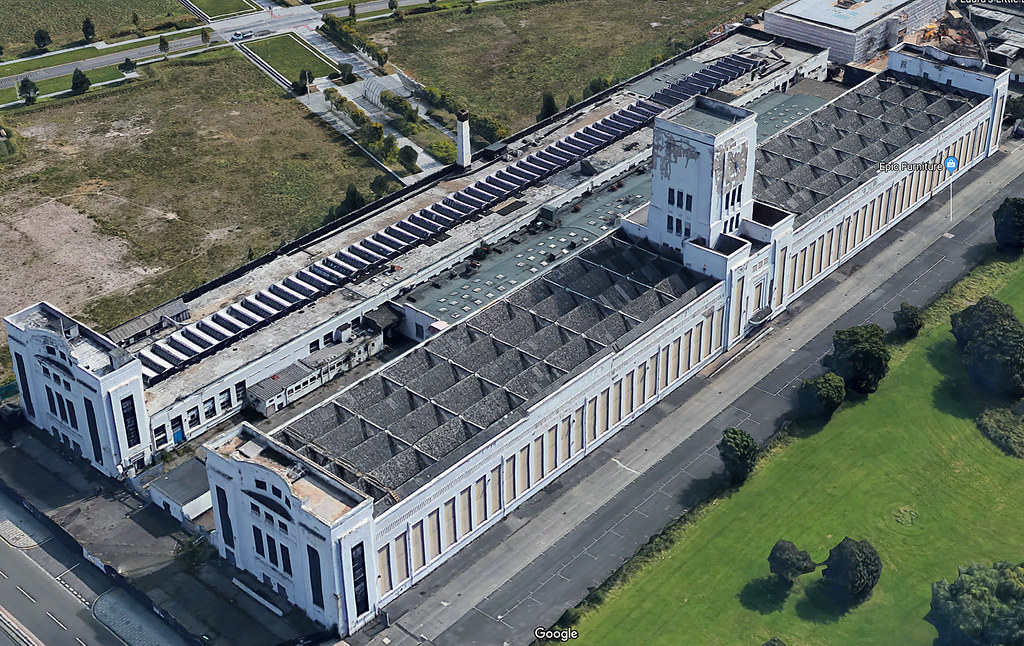 The visit itself didn’t start too well - we made the 5 min cycle ride only to find three police cars parked outside the entrance. So we headed off elsewhere, came back when they had gone, and spent a few hrs wandering around. I then returned on my way back from work the following evening with junior’s camera (I don’t actually own a camera) and did a bit more rummaging around. I’ve tried to include things which haven’t appeared before, but some of the pictures, particularly of the halls, are essentially the same as in previous reports because ‘dems de shots’.

Pictures are ordered, more or less, from the ground floor up. 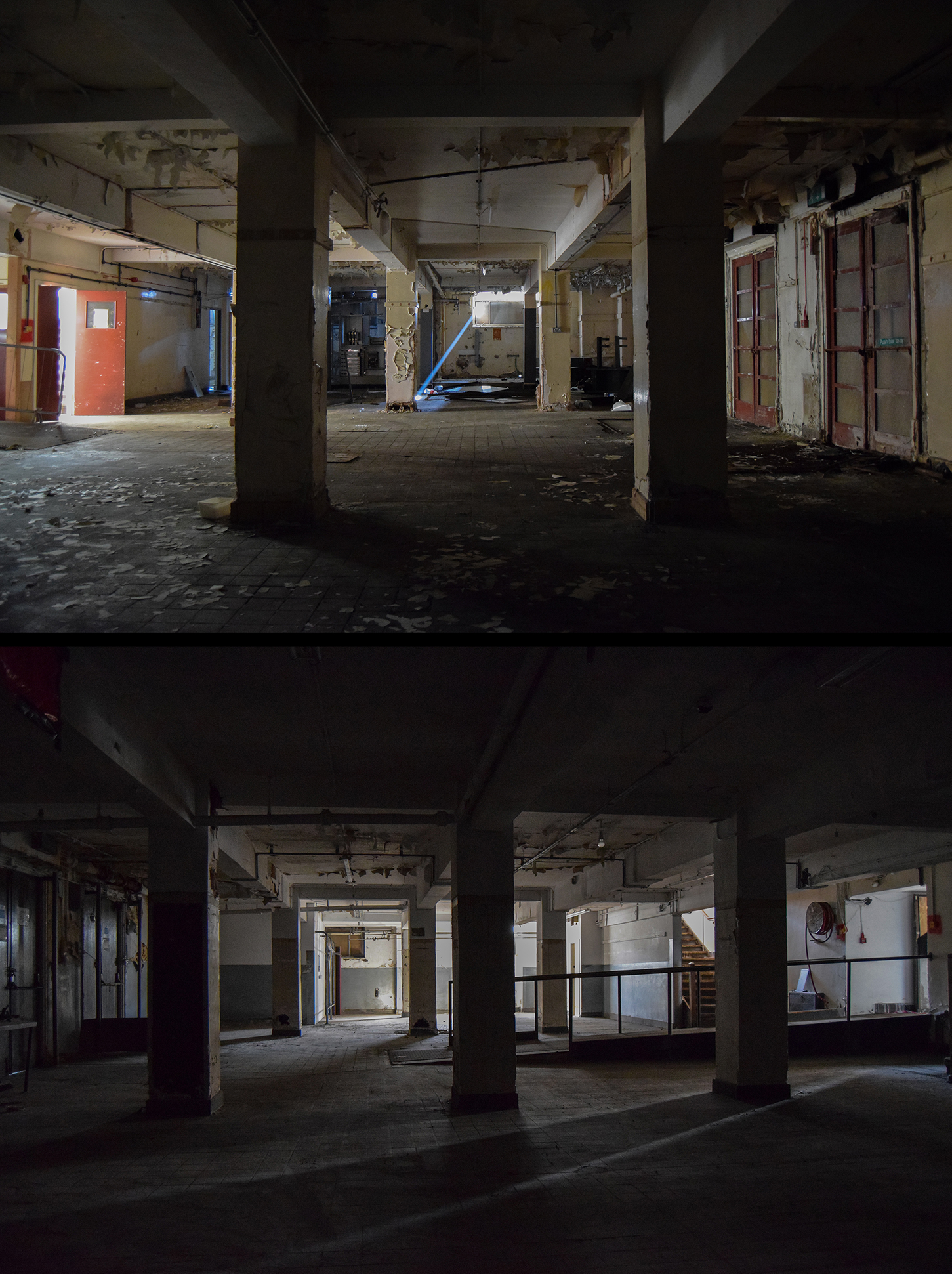 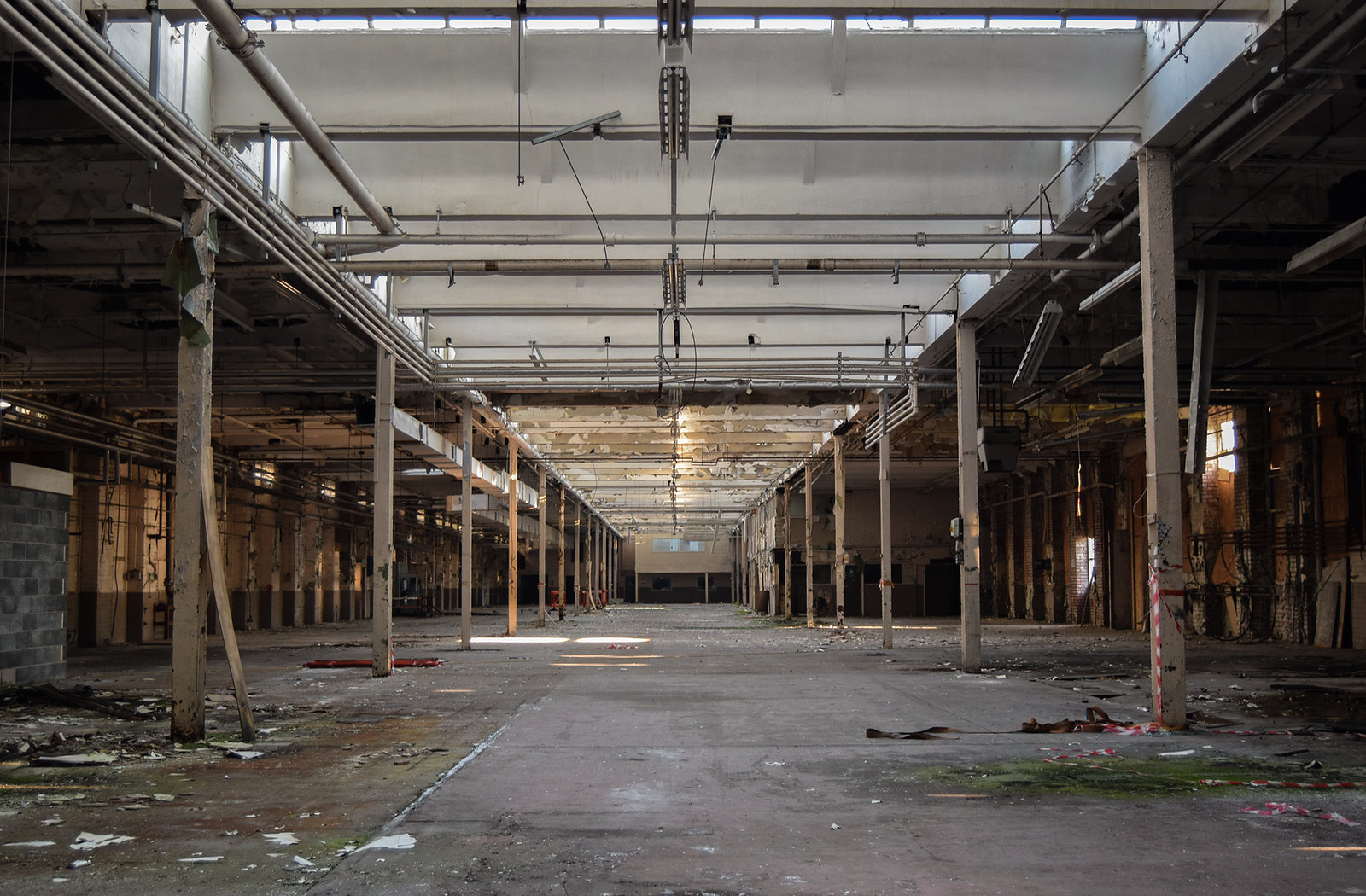 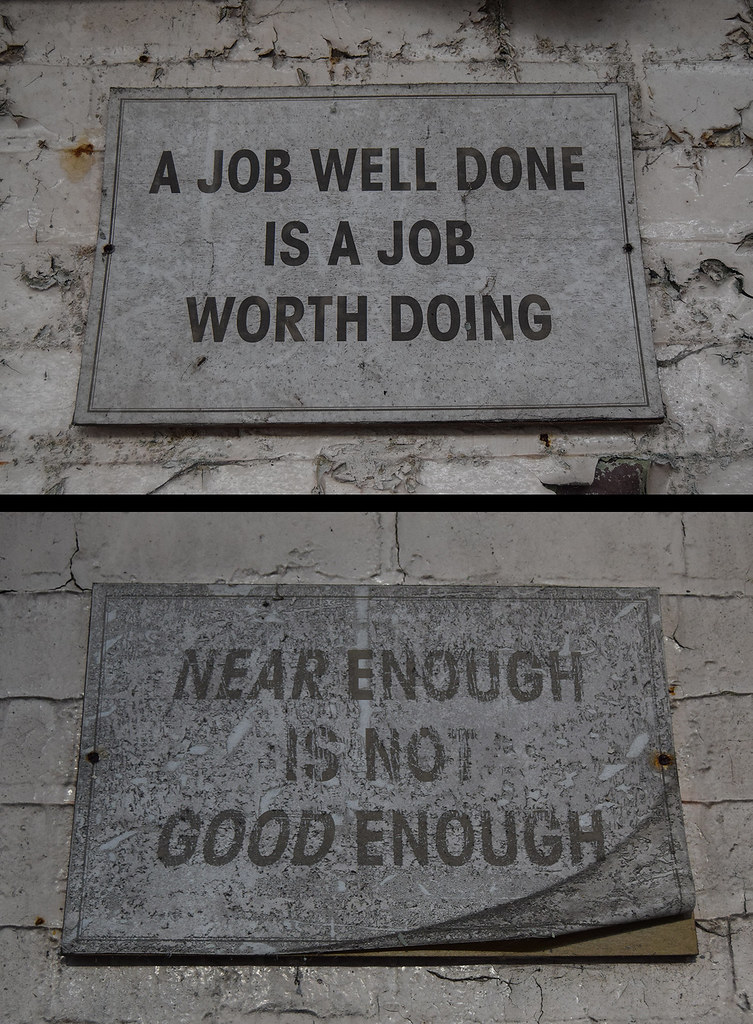 Office space with painted plaster ceilings and a couple of fireplaces - among the few genuinely ‘deco’ things in the place. 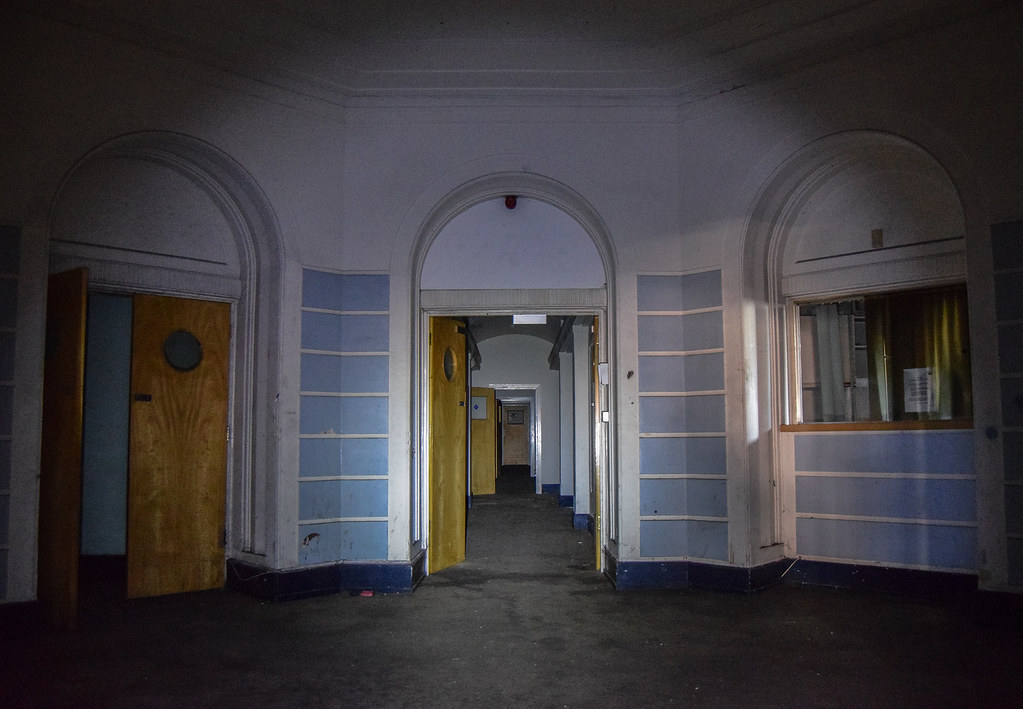 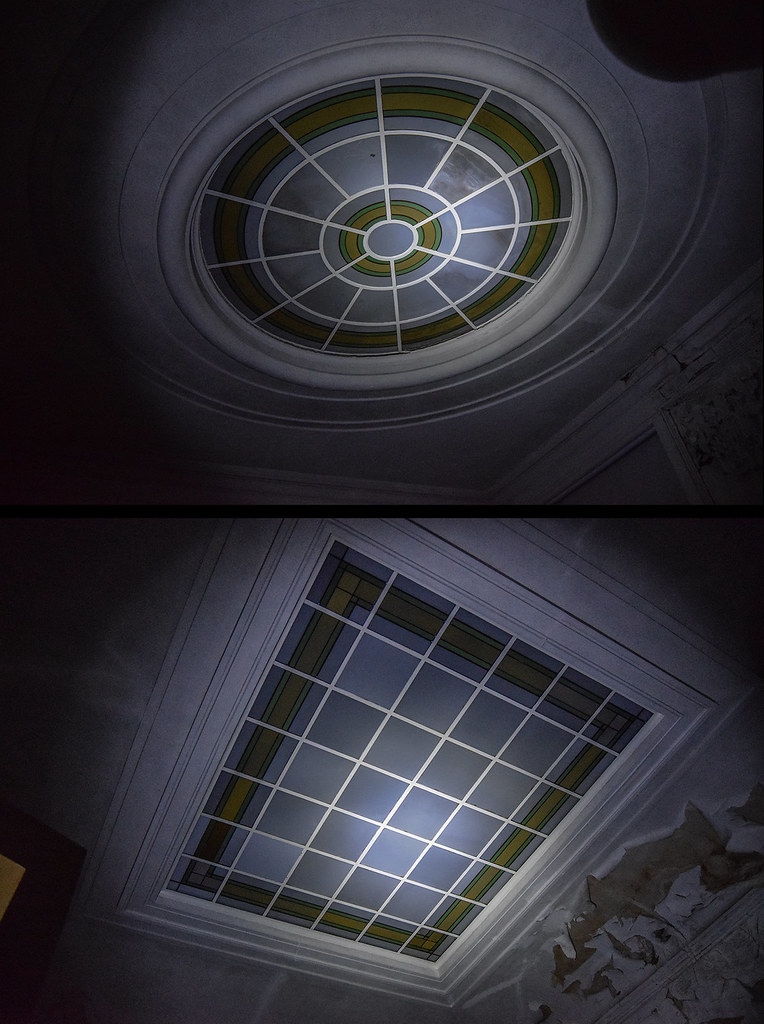 Junior was astonished that people once smoked indoors. 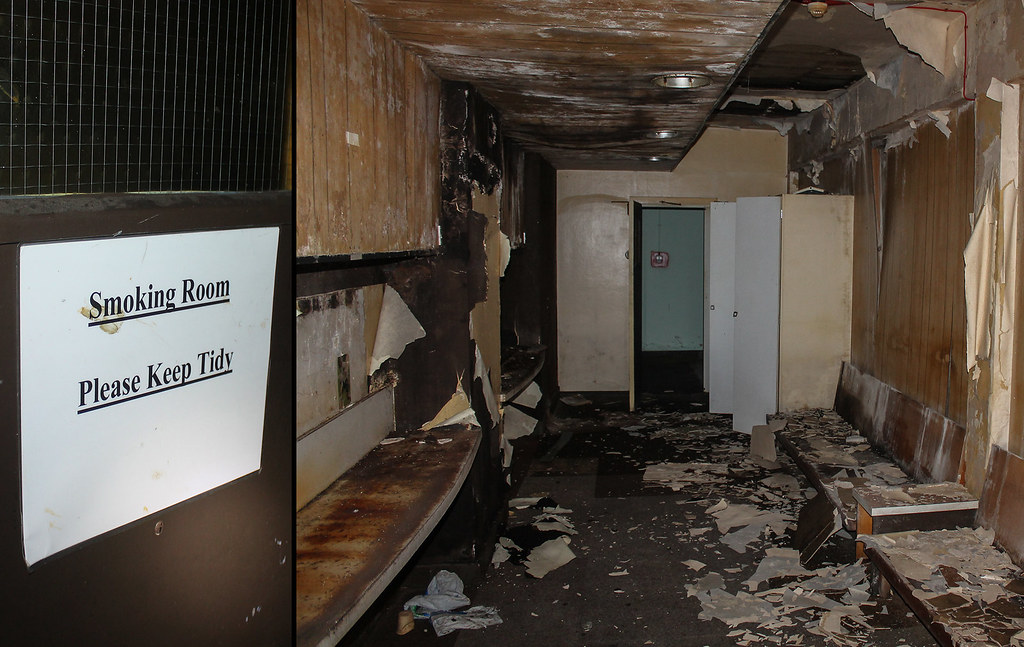 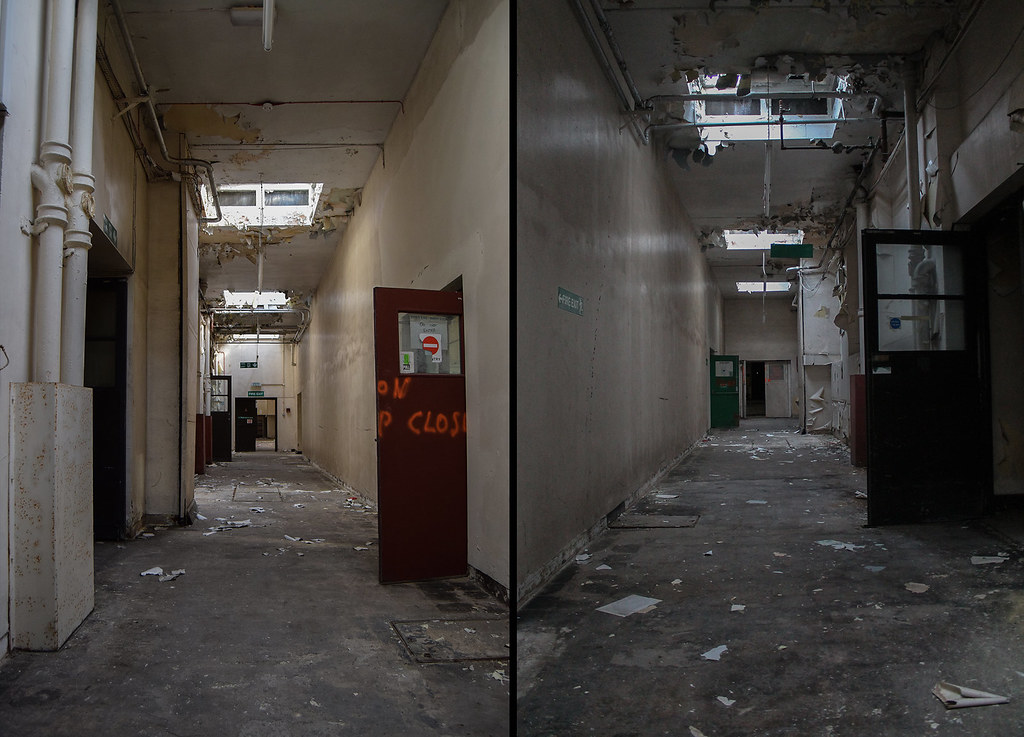 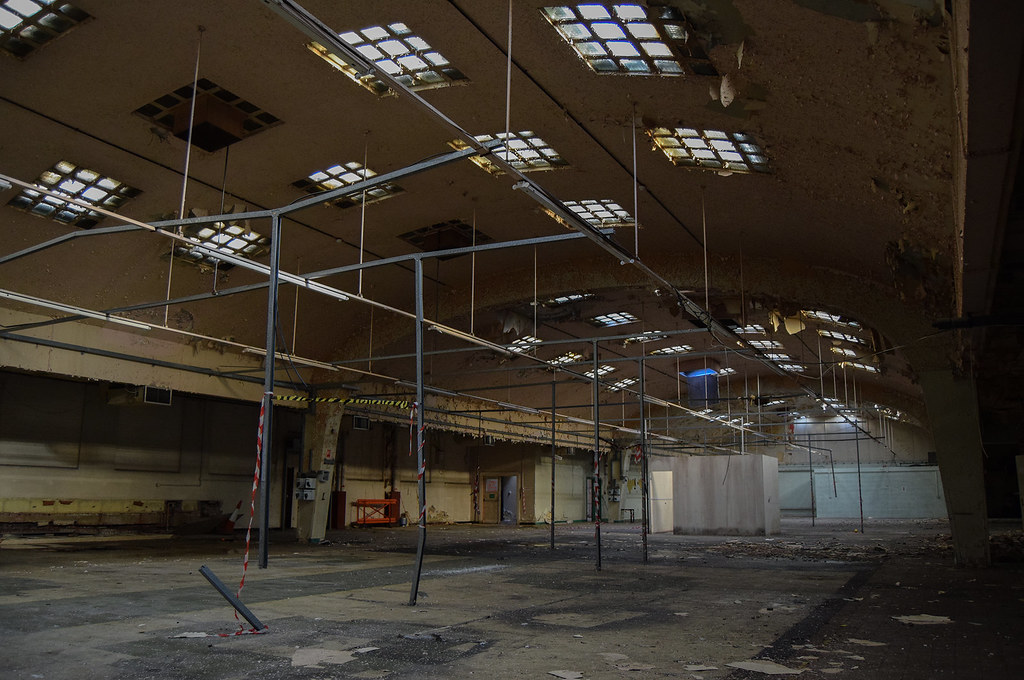 Serving area and a 1949 picture of the pools girls at work. 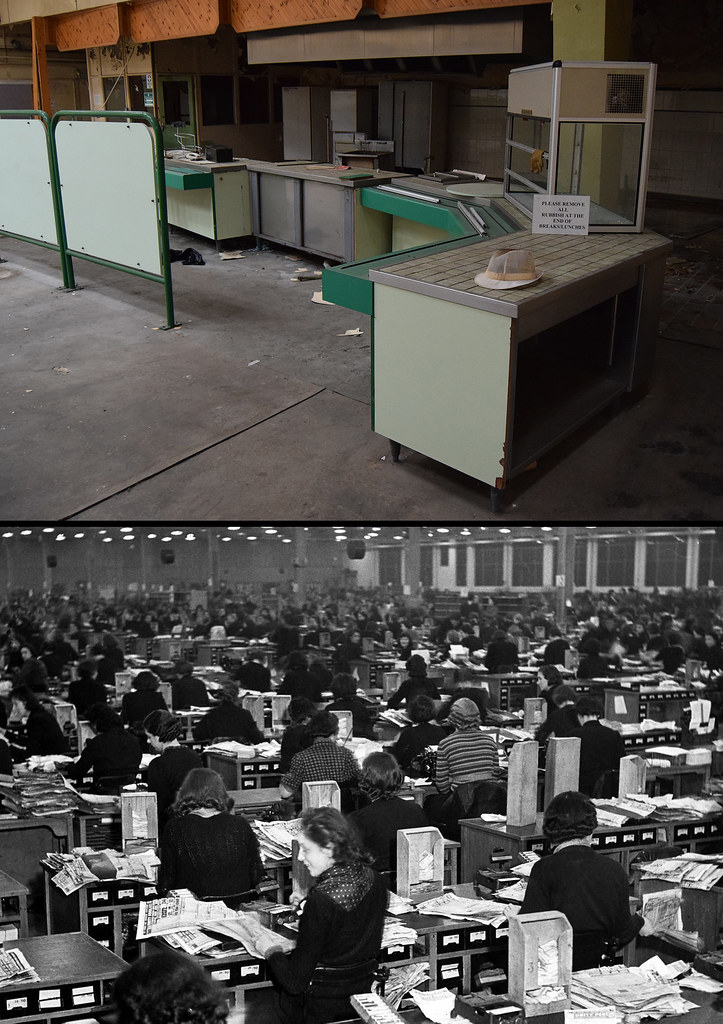 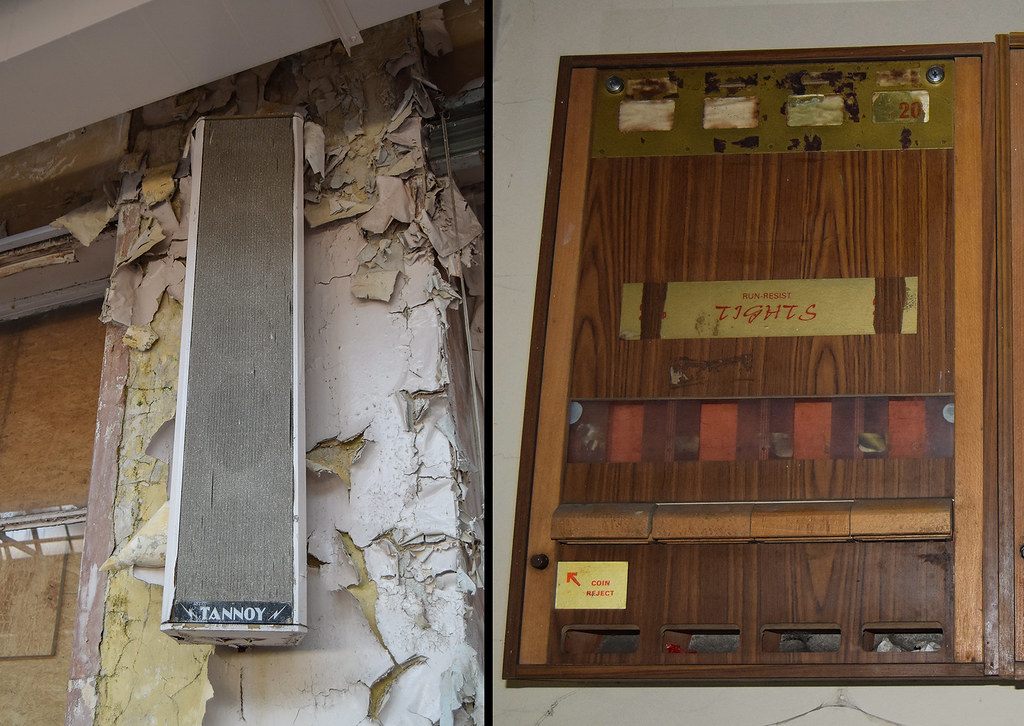 Many workers = lots of loos. 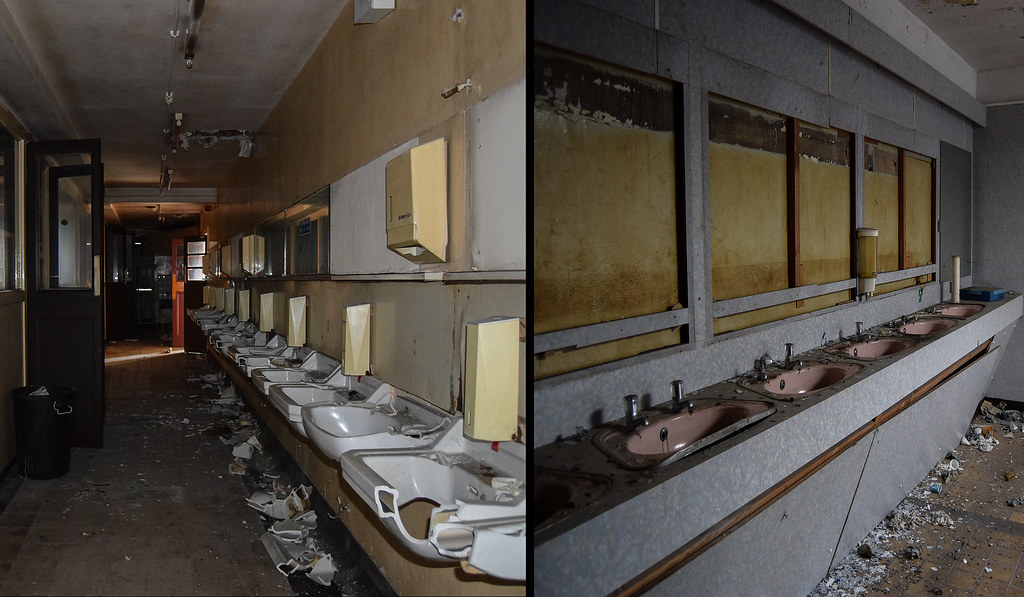 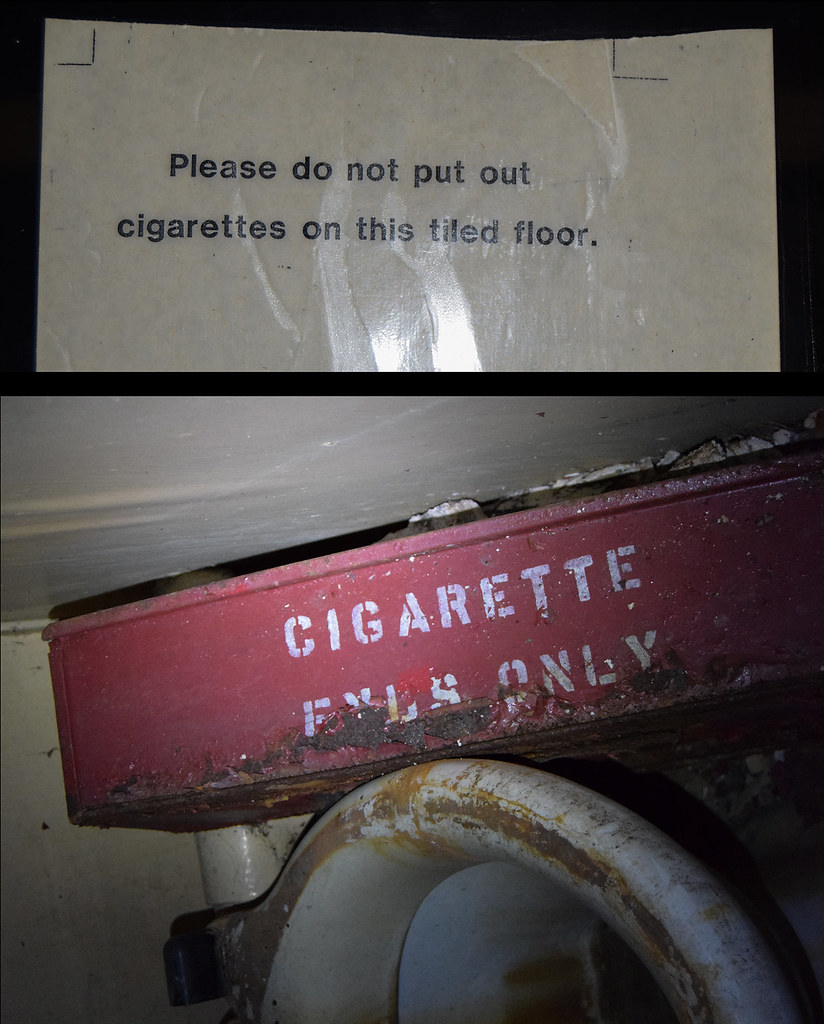 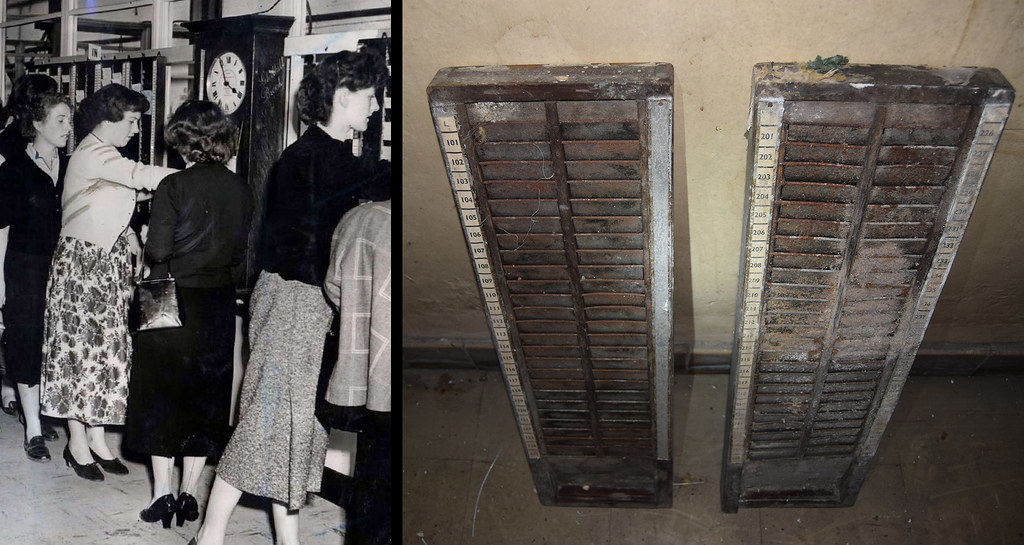 Some printing-related stuff - a large process camera and transparencies. 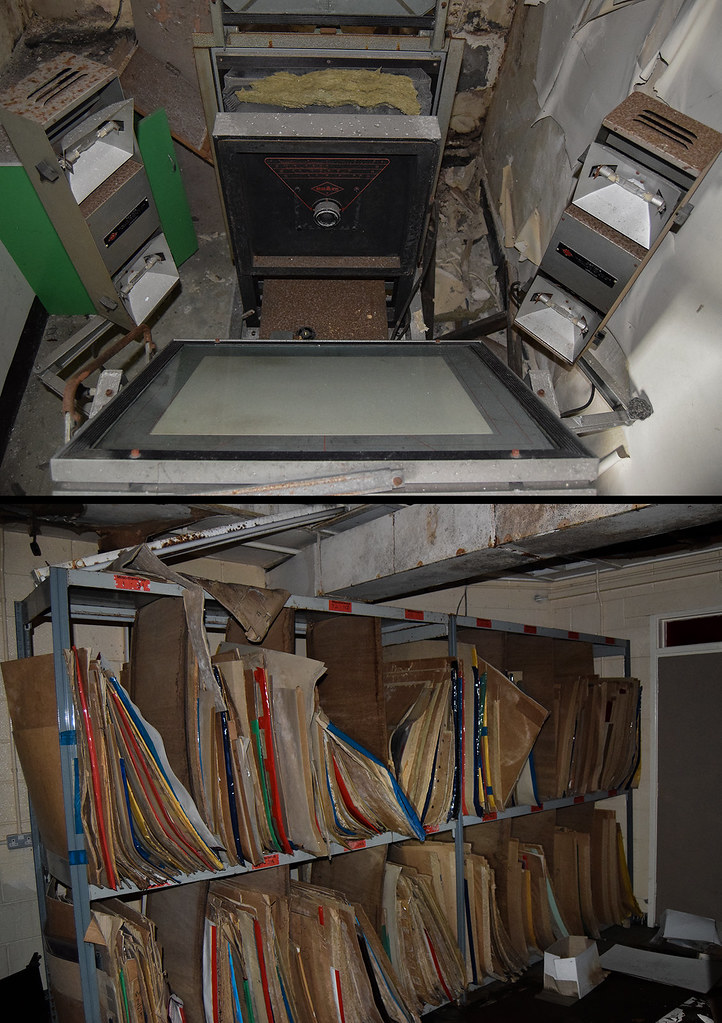 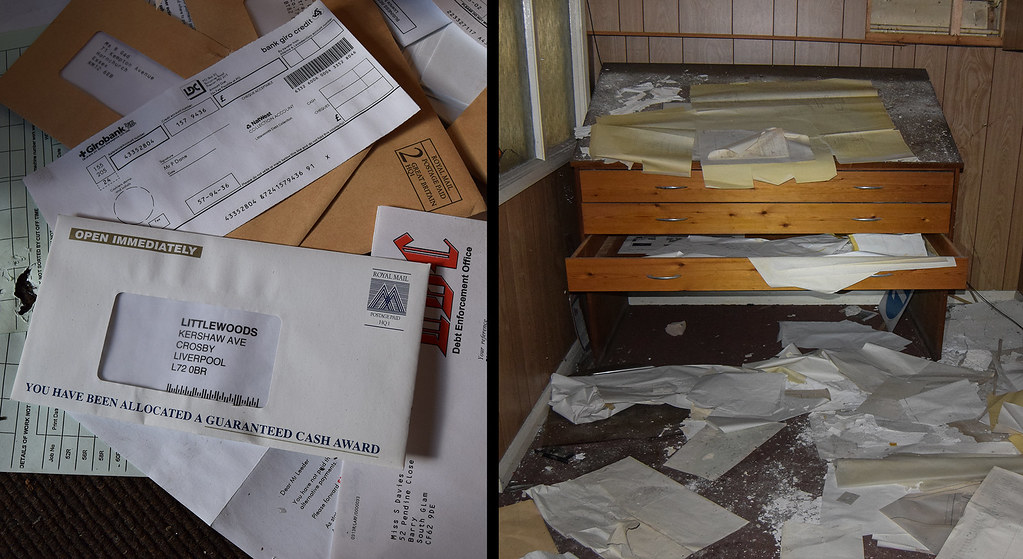 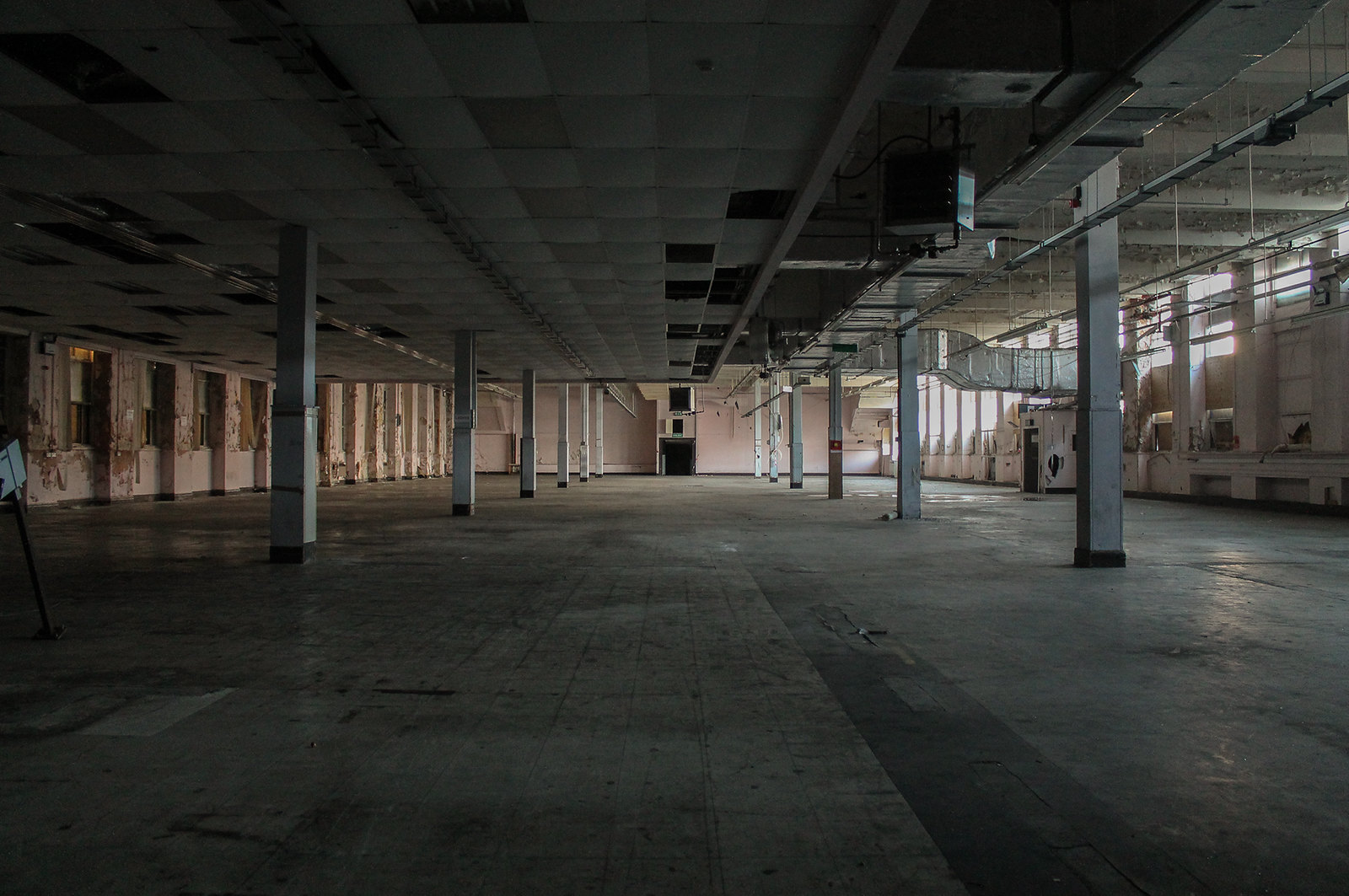 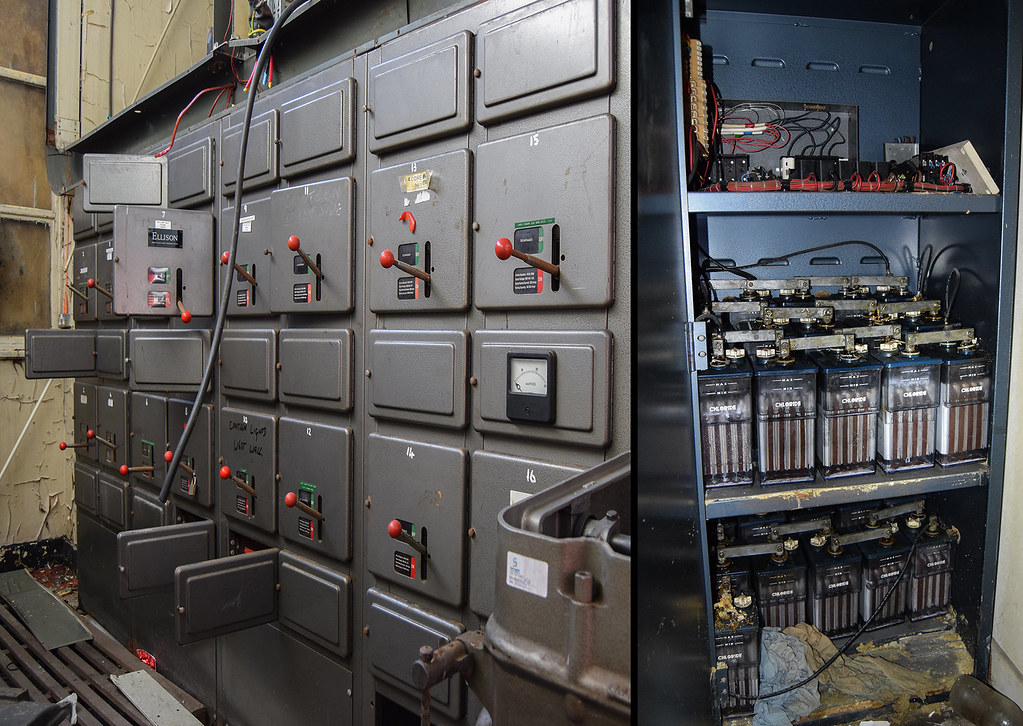 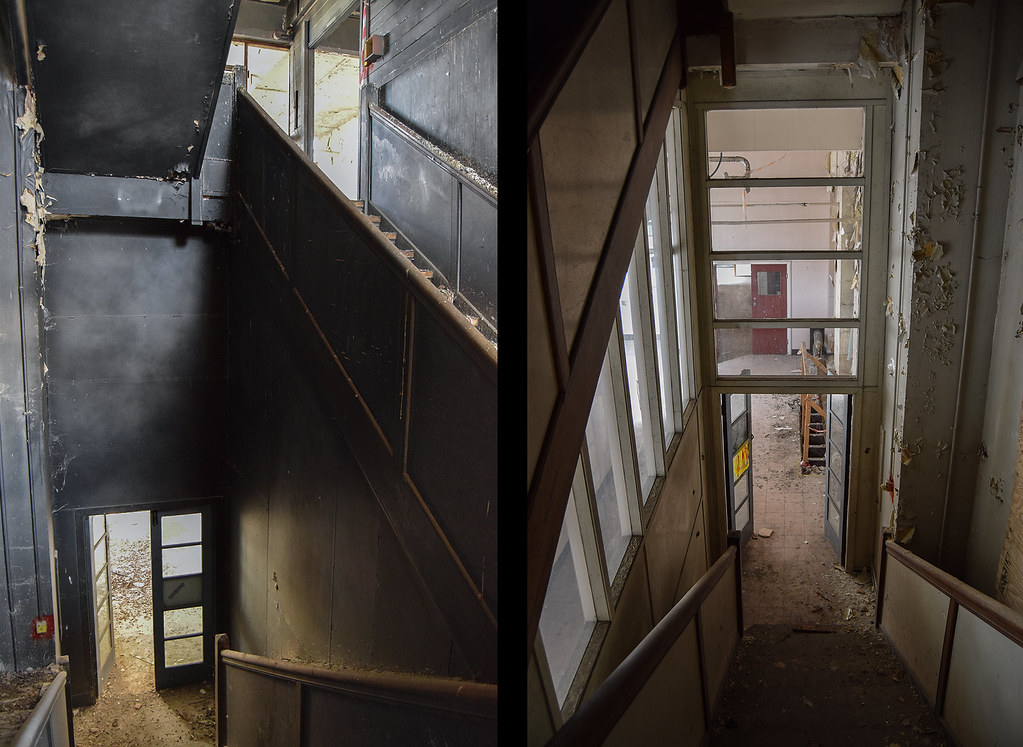 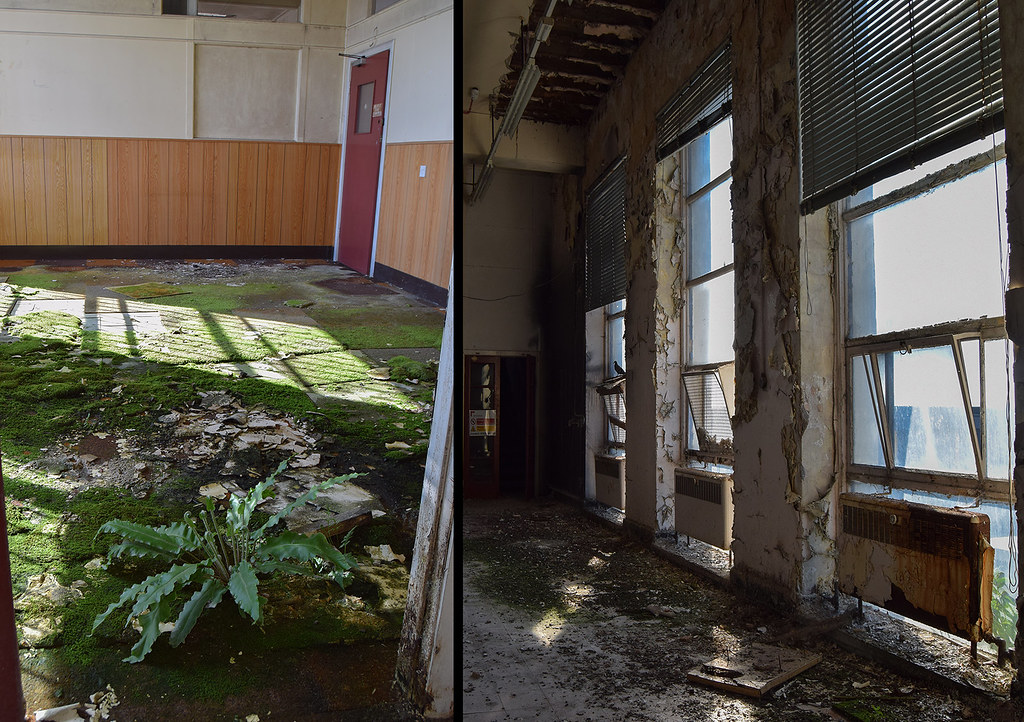 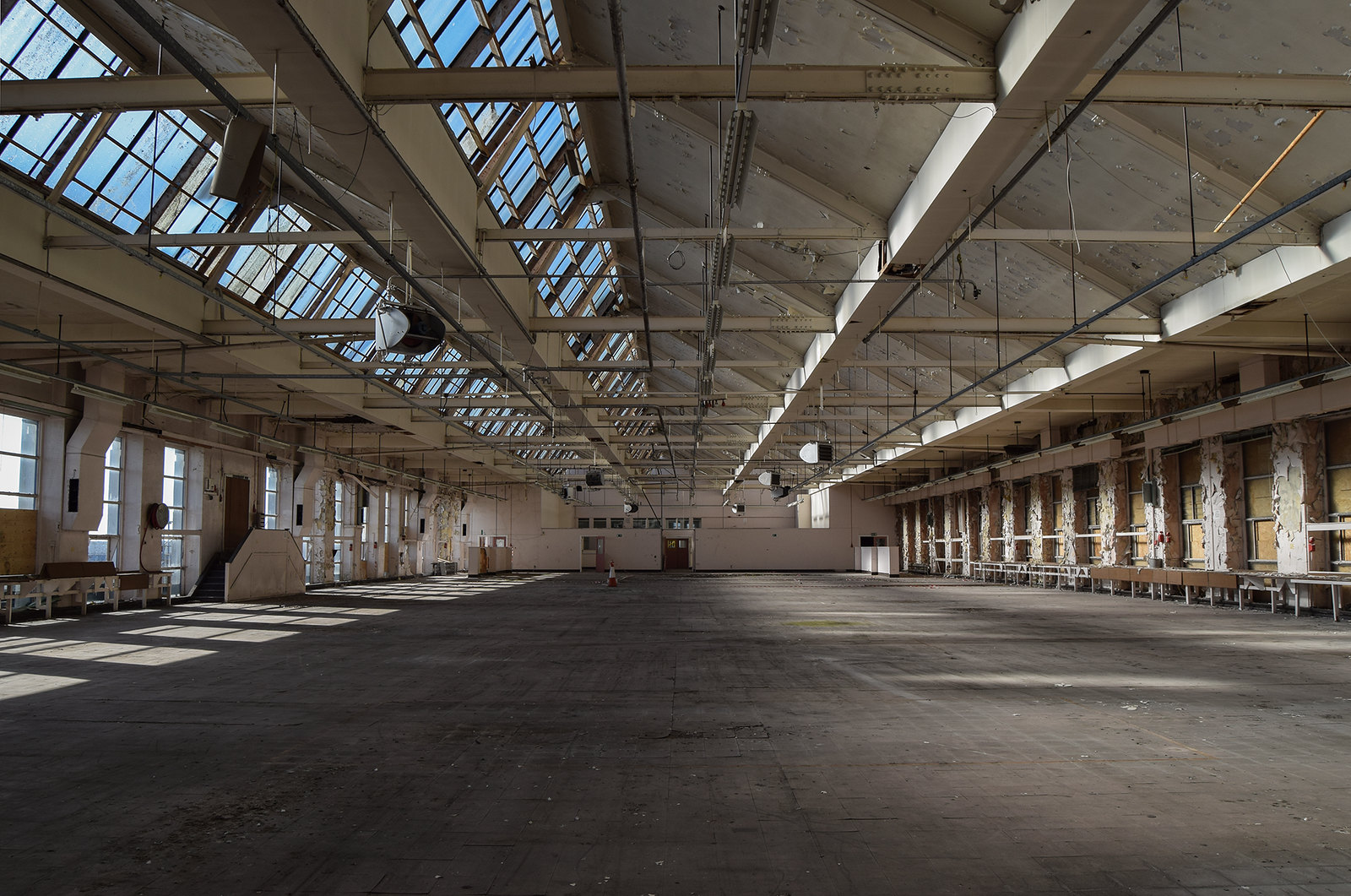 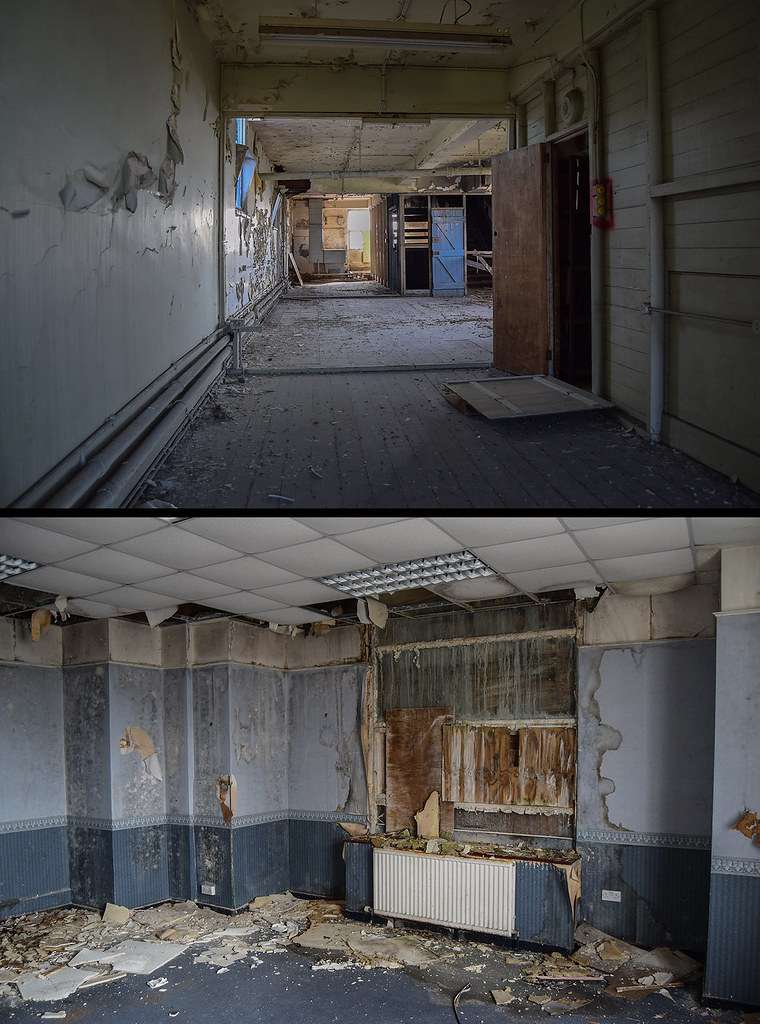 Out onto the roofs, then up the clocktower. 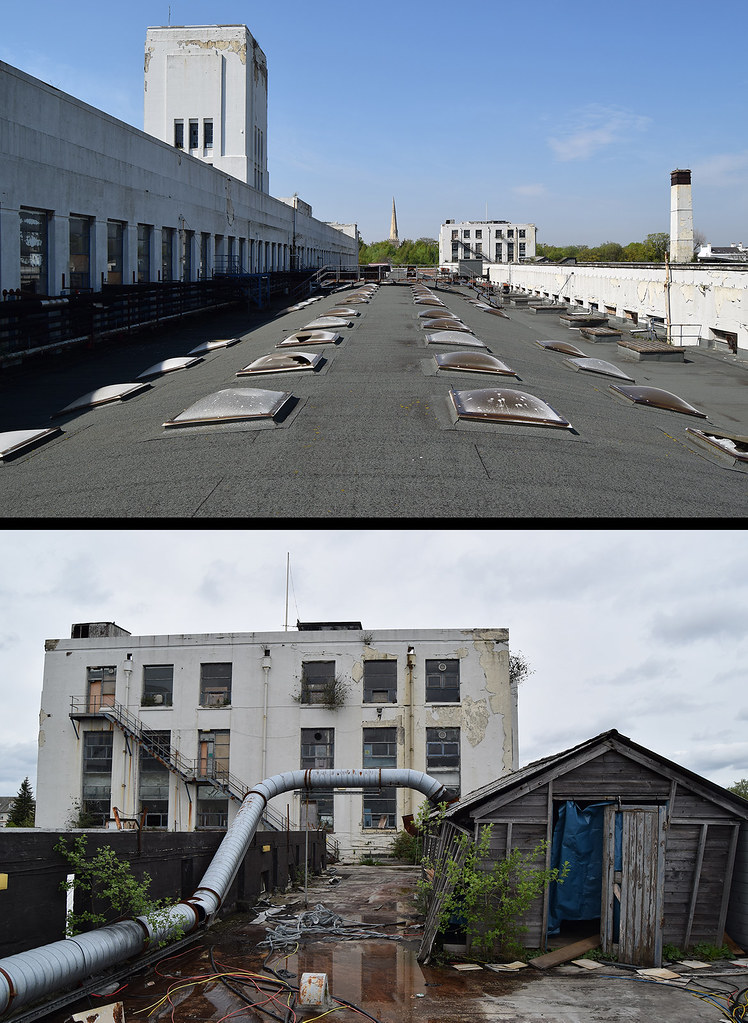 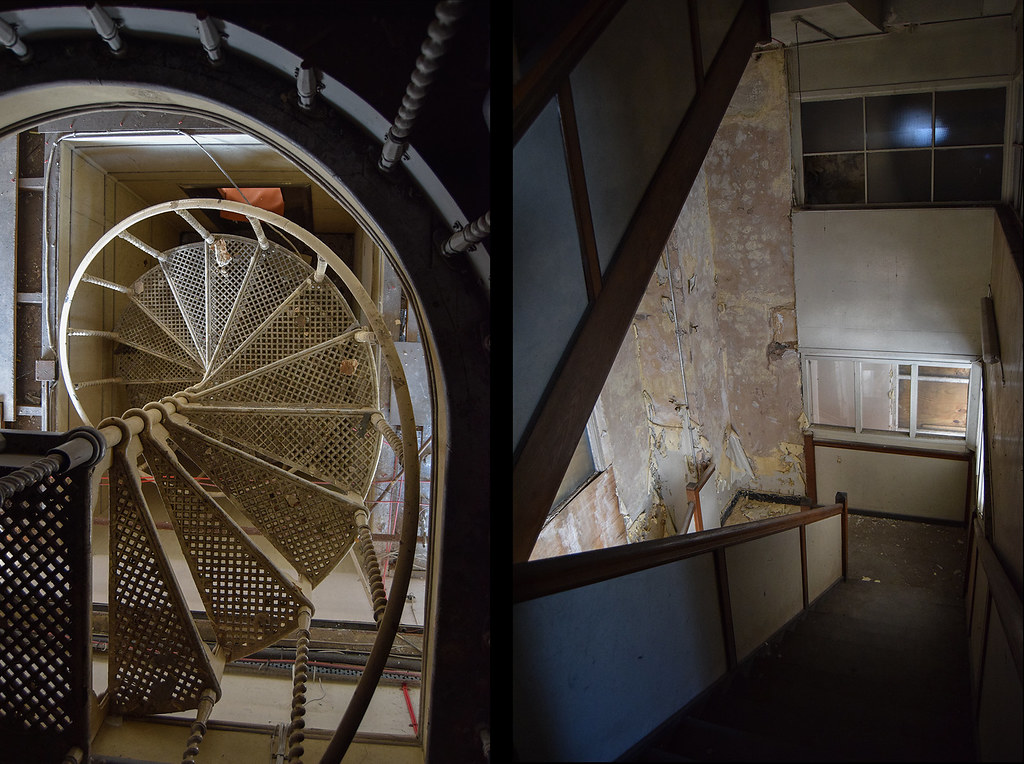 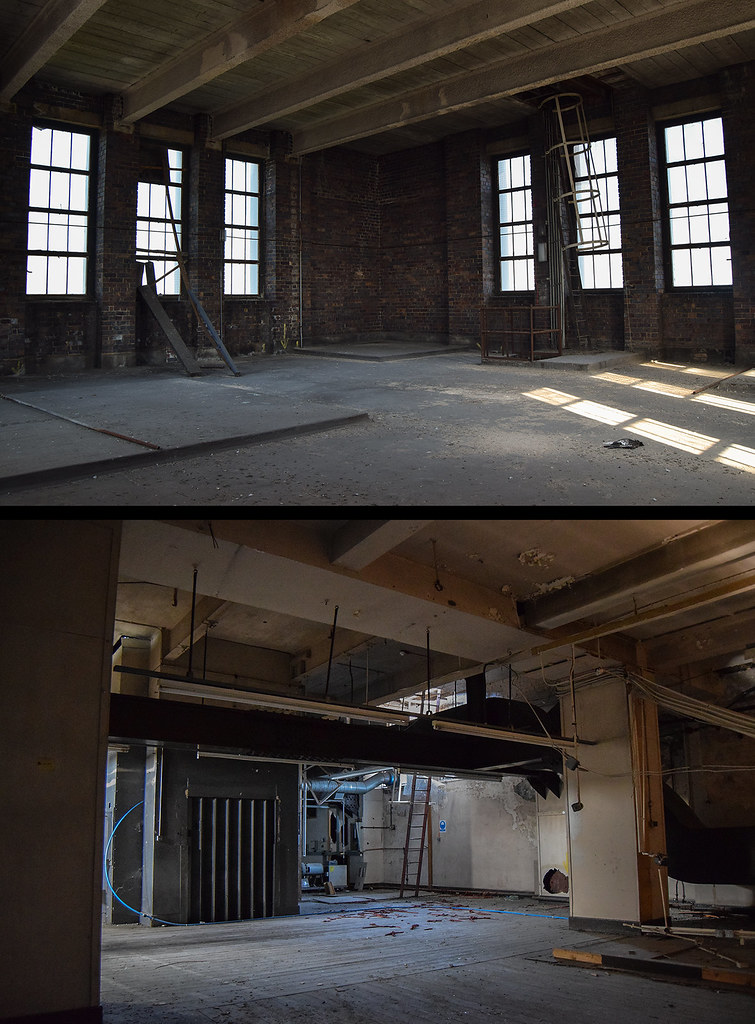 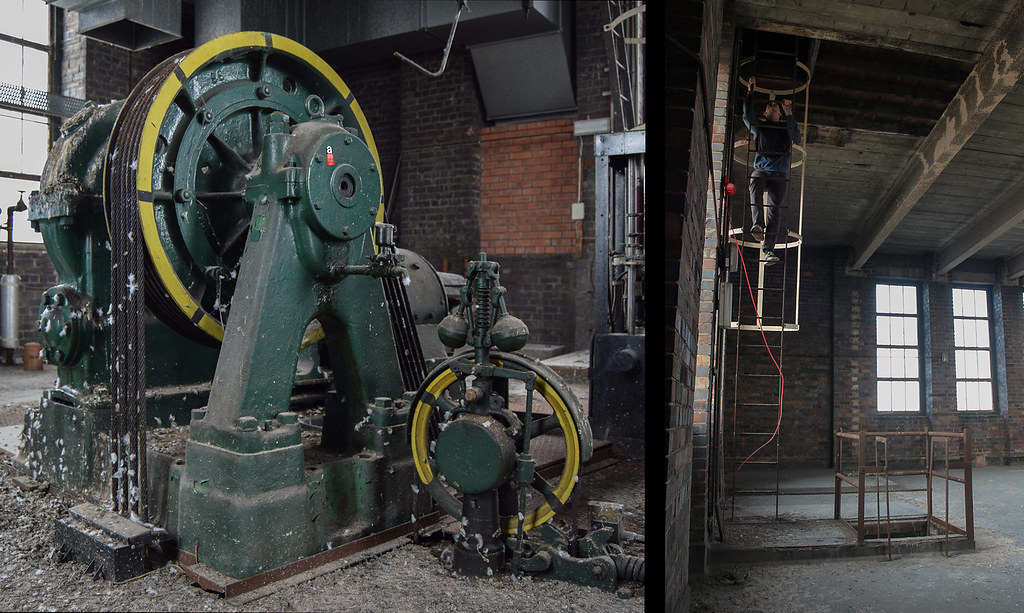 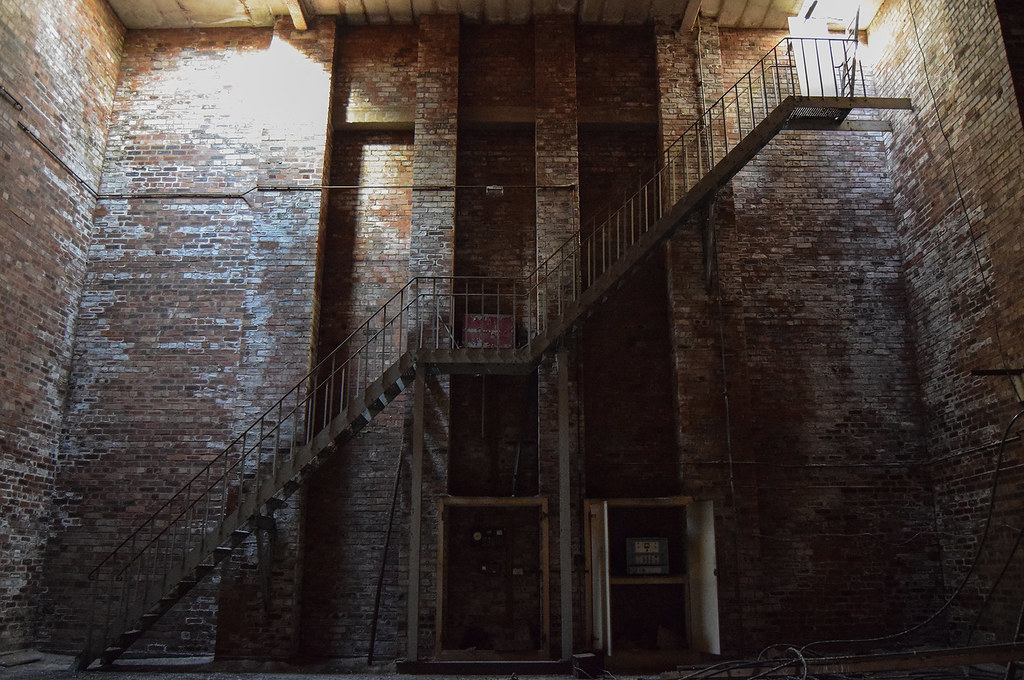 Clock mechanism - looks as if it still works - the pendulum ticks back and forwards. 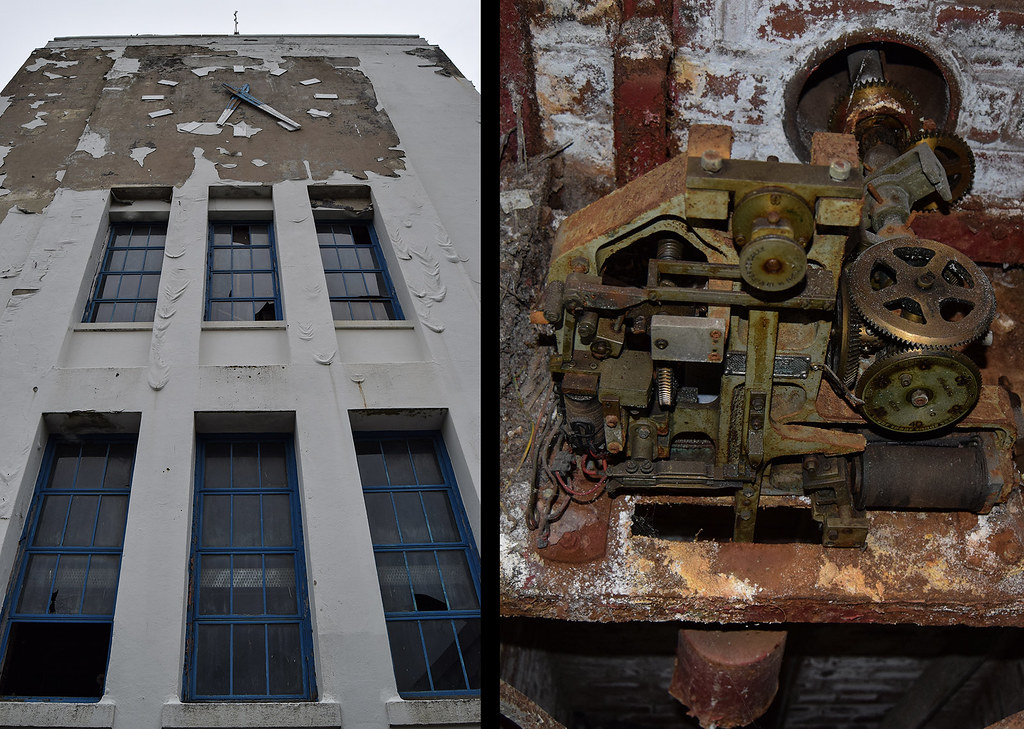 A view of the two cathedrals and the radio city tower straddling the Liver Birds. 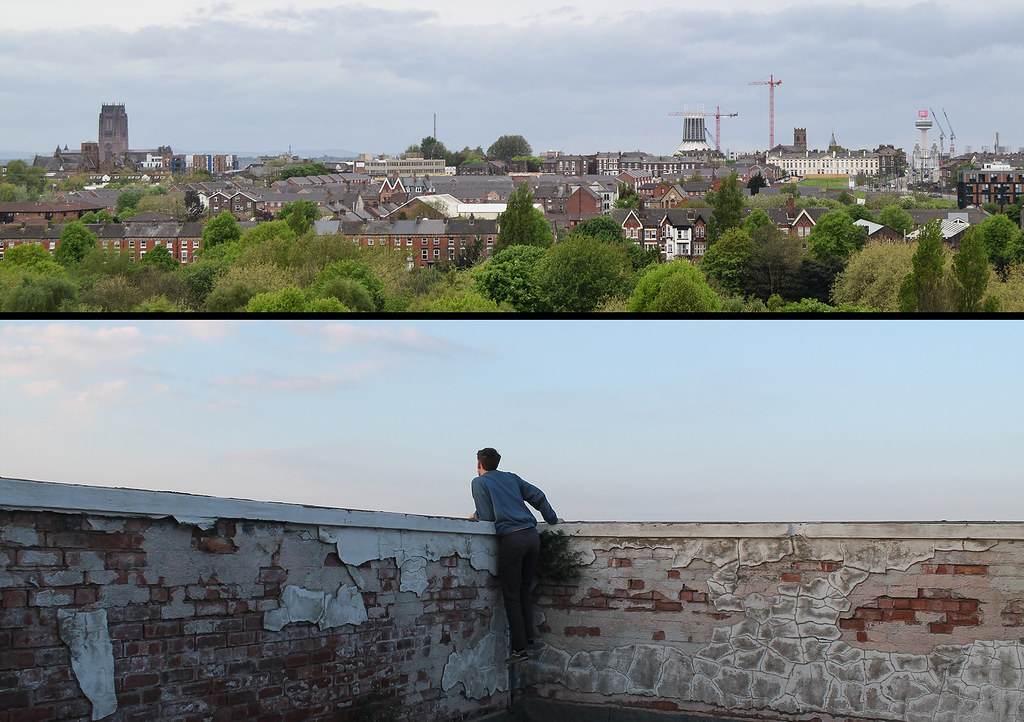 Regular User
Best report on the place by miles, it really is non-stop with you chemist!

urbanchemist said:
I’m not sure the world needs another Littlewoods report quite so soon after the last one
Click to expand...

Very nice period clock too. Don't recall seeing that before! Do you have any more of it or a maker's name / plate?

Very nice period clock too. Don't recall seeing that before! Do you have any more of it or a maker's name / plate?
Click to expand...

Sorry, missed a trick there, I was a bit distracted by a rotten pigeon's egg which had just rolled out and broken. But I do remember it was made by Gents, which you can almost make out on the shot below.

urbanchemist said:
Sorry, missed a trick there, I was a bit distracted by a rotten pigeon's egg which had just rolled out and broken. But I do remember it was made by Gents, which you can almost make out on the shot below.
Click to expand...

Urgh! I think you can be forgiven then!

Thanks for the extra pic. I thought it was a Gents, made in my home town of Leicester. Gent are still going but mostly make fire detection and alarms now. I guess there’s not much demand for turret clocks any more.

I restored a similar age one a while ago. The coil on this one doesn’t look blown and you say it moves, so it would probably work if lubed and powered up.

28DL Member
Went today and got caught just before we got onto the roof.
The guard claimed we'd kicked a gate down when we hadn't and said "You're lucky it's me because if he other guard was here he would've gave you a thump".
He said he'd got a call since the Camera had spotted us so watch out those of you who are planning to go.

Regular User
Hands down best report from here to date!

dweeb said:
Hands down best report from here to date!
Click to expand...

It might not be in this state for much longer - the current owners Capital and Centric have already converted a little concrete box next to it ('bunker building' - used to be stuffed with coupons) and they seem to have done a number of successful conversions elsewhere.

Regular User
WellI hope so, it's been derelict as long as I've been exploring, and im gettingon in years!
Need to make the effort really... we did have a pop earlier in the year to no avail

Regular User
I would have loved to have seen this as well, what a shame.
At least the last report was a good one

Scoobysrt said:
I would have loved to have seen this as well, what a shame.
At least the last report was a good one

It got torched today or yesterday btw