Regular User
LucasAerospace operated out of the former RAF Honiley site after the airfield was decommissioned in 1957. They departed some time around 1990 and now the airfield is owned by Prodrive who do all sorts of driving/racing/testing stuff on the airfield itself, with these former test cells hidden away in the undergrowth at one end of the site.

An Internet friend of mine shared me this, his adventure, and asked me to post it for him ;o)
Plans came up at the weekend for a trip to visit an old pal of the Mrs. If I did the driving, I got to spend two hours of 'me time' out with my camera before sunset hit. I spent an hour scouring Google maps for something relatively close to where I was going to be spending the rest of the evening. I spotted this cluster in amongst some trees and thought this could be a suitable remote spot for a solo stroll (remoter places like this tend to have less unsavoury characters around).
I did some research and had that mixed feeling when you discover it something well-known. A mix of disappointment that you haven't found something new but also that you know that you will hopefully see something.
I contacted a former member who told me on a visit a couple of years back everything had been sealed and there was new fencing. This was pretty depressing news but I thought I'd go and take a look just for the sake of having a walk. I approached the place through the trees to discover that indeed the place is fairly well covered with heras fencing and all windows and doors have been boarded up quite well. Perseverance paid off and I eventually found a chink in the armour.
It has all been pretty smashed up since earlier photos of the place and it's quite hard to see as there isn't much light getting in. The whole time I was there there was the distant sound of shotguns which made me feel uneasy.
On the way out I thought I heard a car engine relatively close. I decided to get my drone up to get some aerial shots of the place. I went over to the front of the site and spotted Mr security looking out of his Land Rover. Somehow he had discovered I was on site (unless it was a routine patrol) He had obviously spotted my bird and was looking very annoyed. I flew it back and forwards from the site and beyond and he followed it in his car. Every time I flew back to the site this obviously made him realise I was somewhere inside. He was a pretty huge guy and obviously was too scared, or simply unfit, to come in and tackle me on his own and the next thing I saw was the flashing blue lights of the old Bill approaching at speed along the same road. At this point, I landed, packed up and melted into the trees. It felt kind of ridiculous having an emergency police call out for this old derelict place.
Some interesting old photos are on the web which are good for comparison. It would have been nice to see this just after closing. 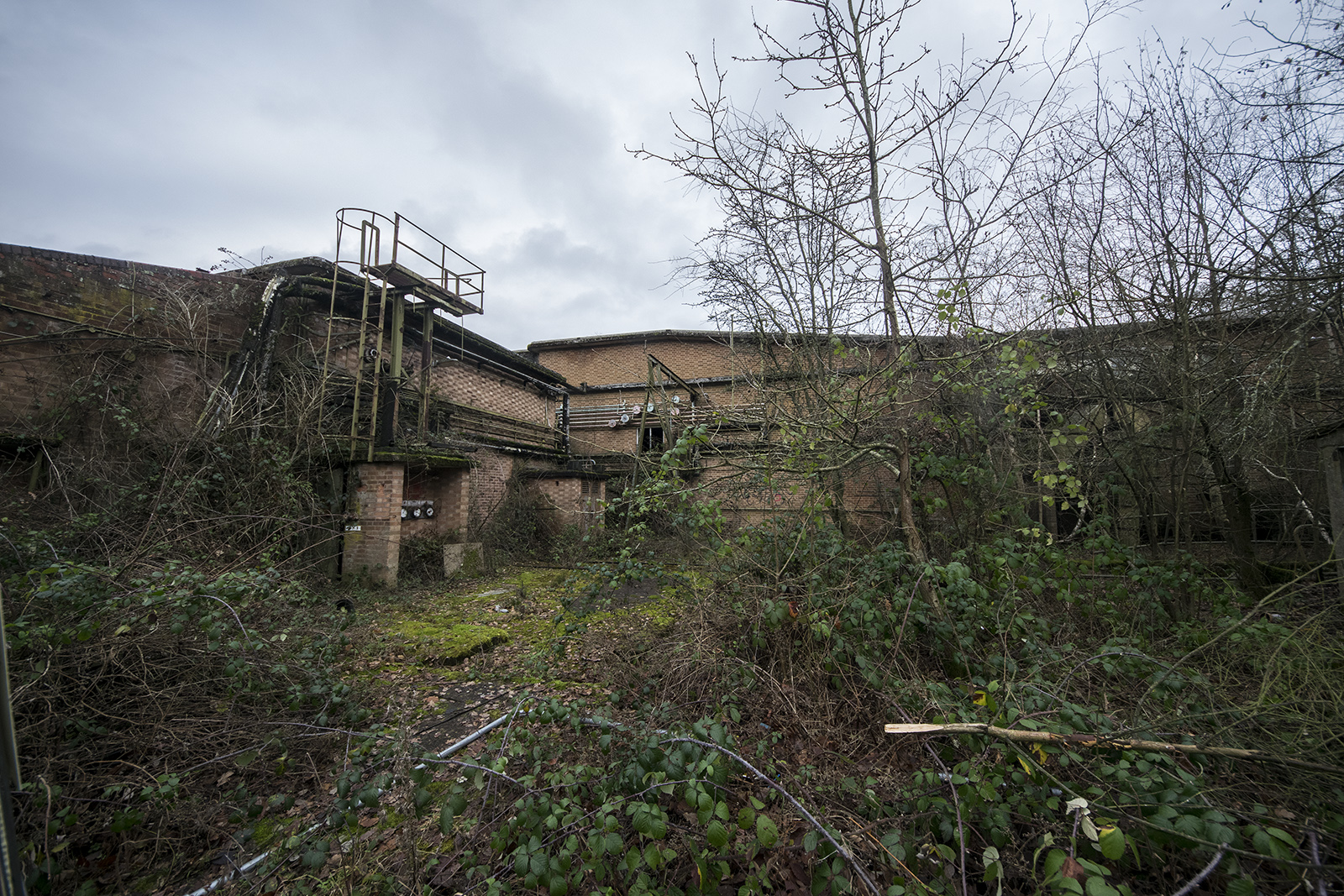 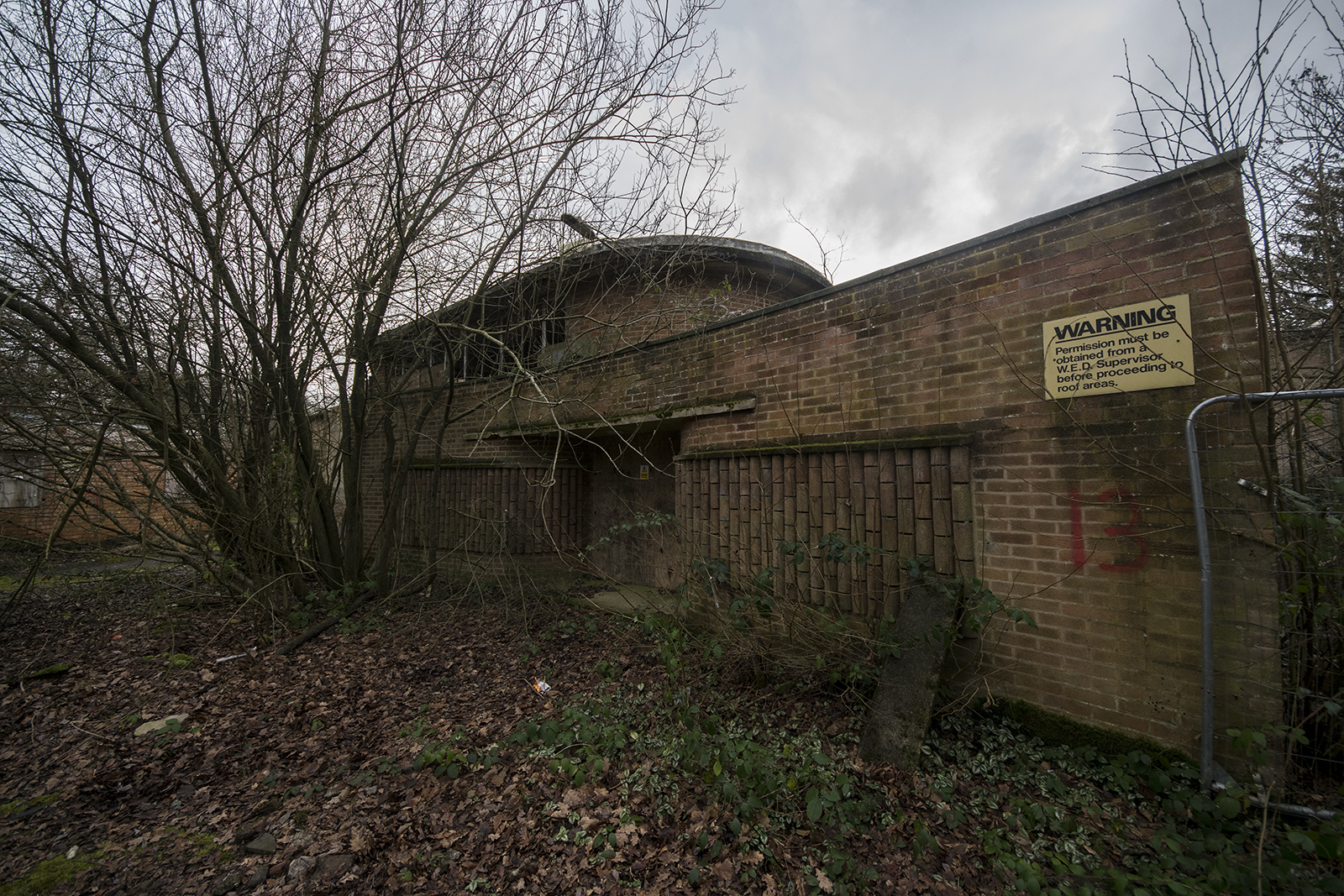 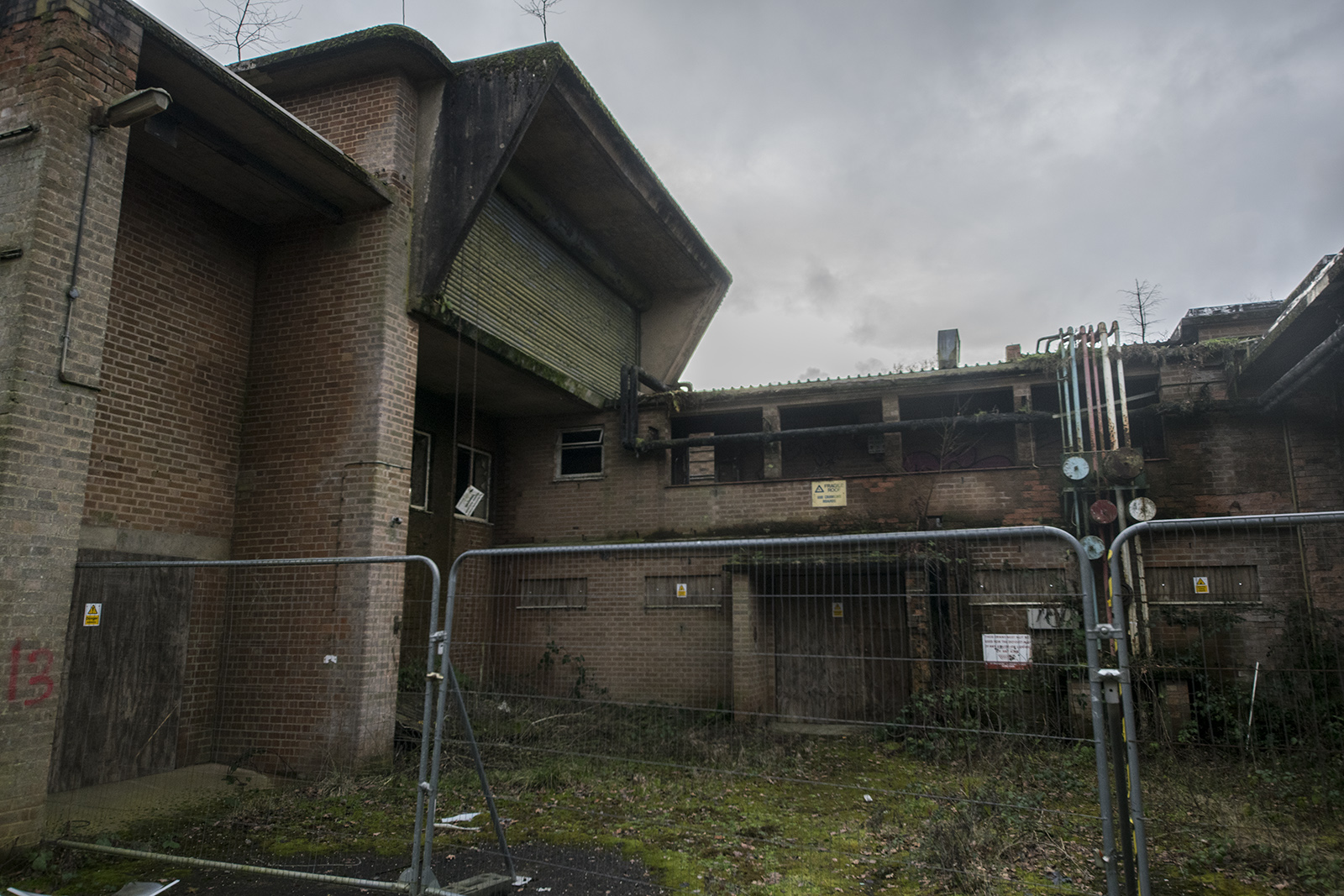 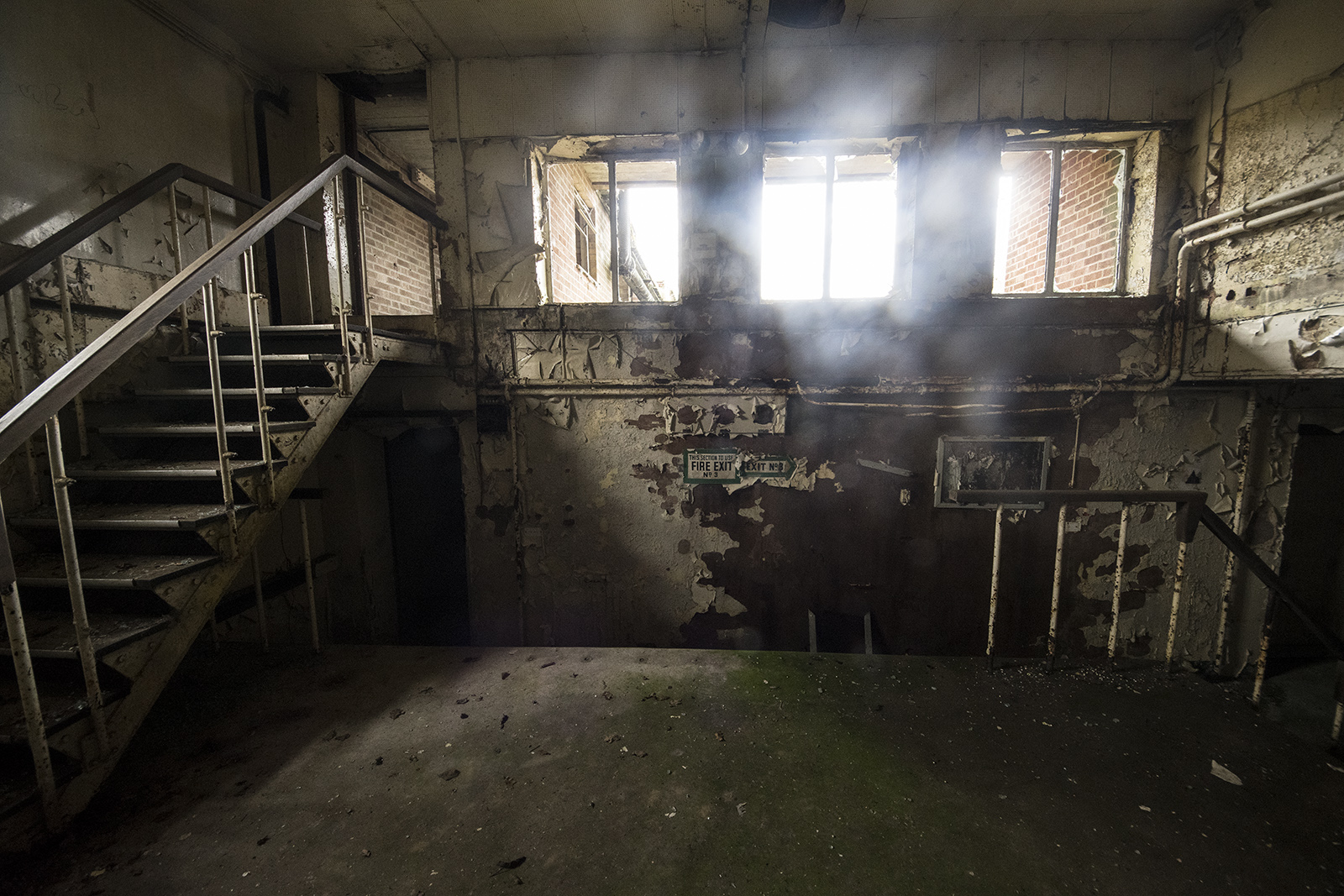 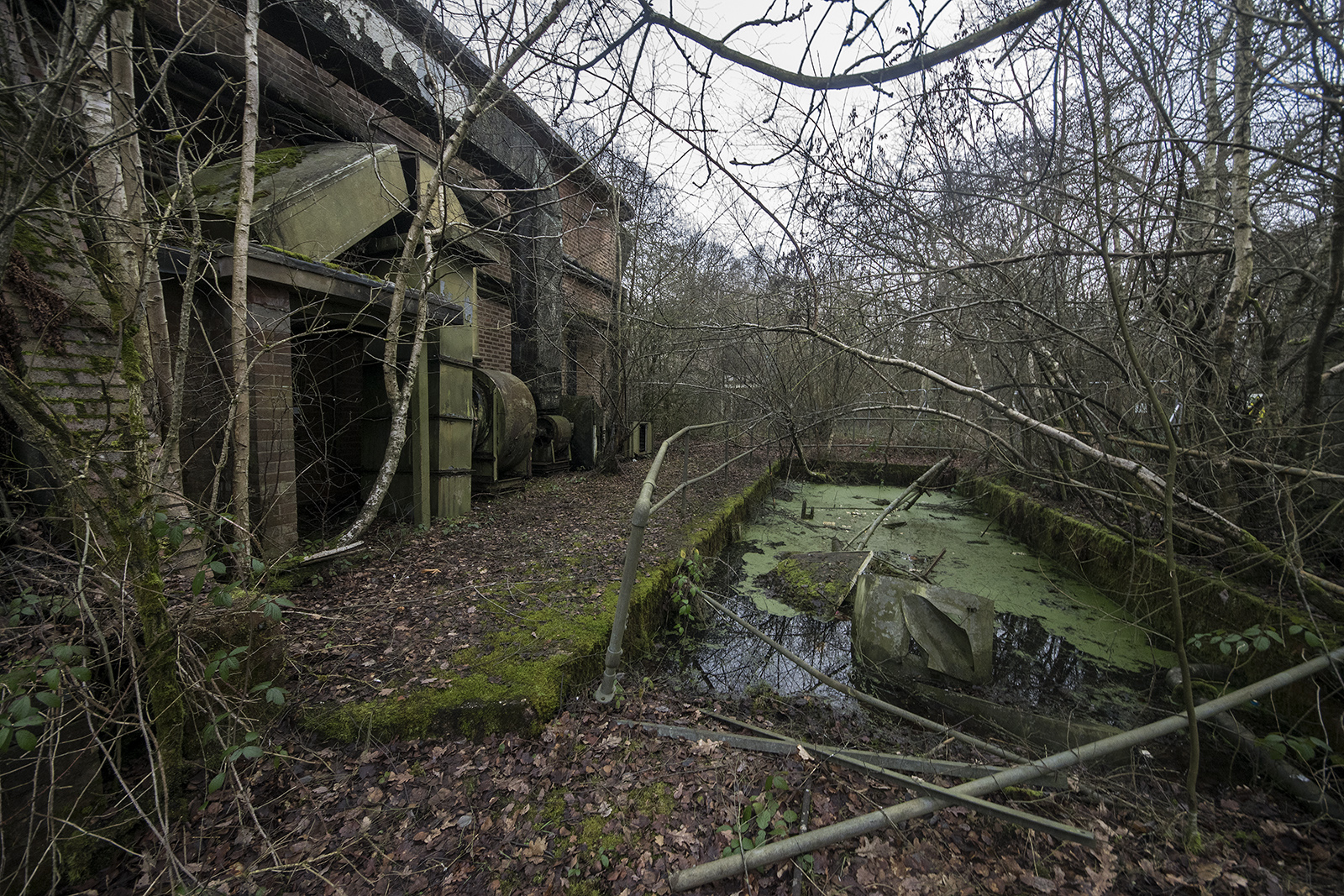 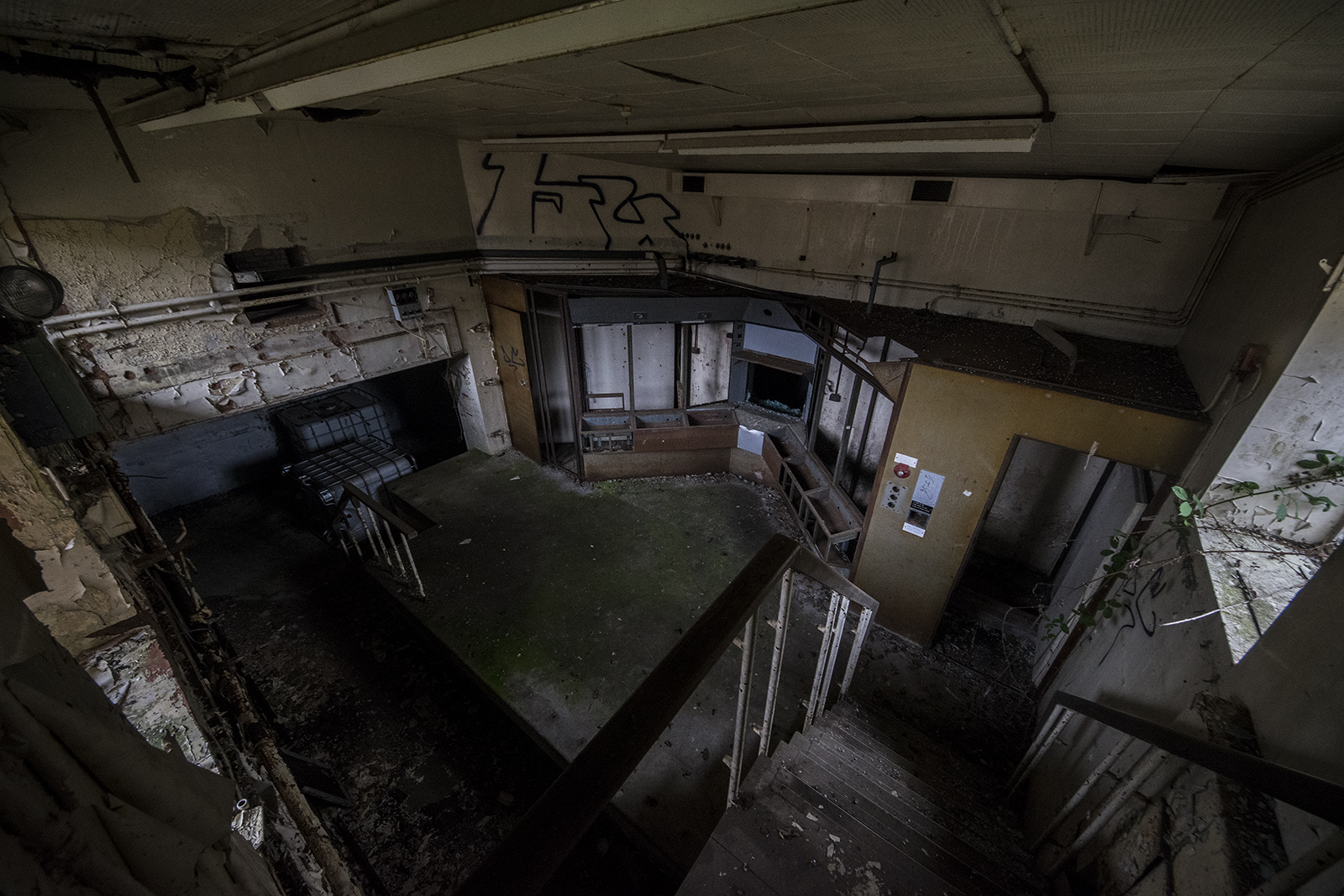 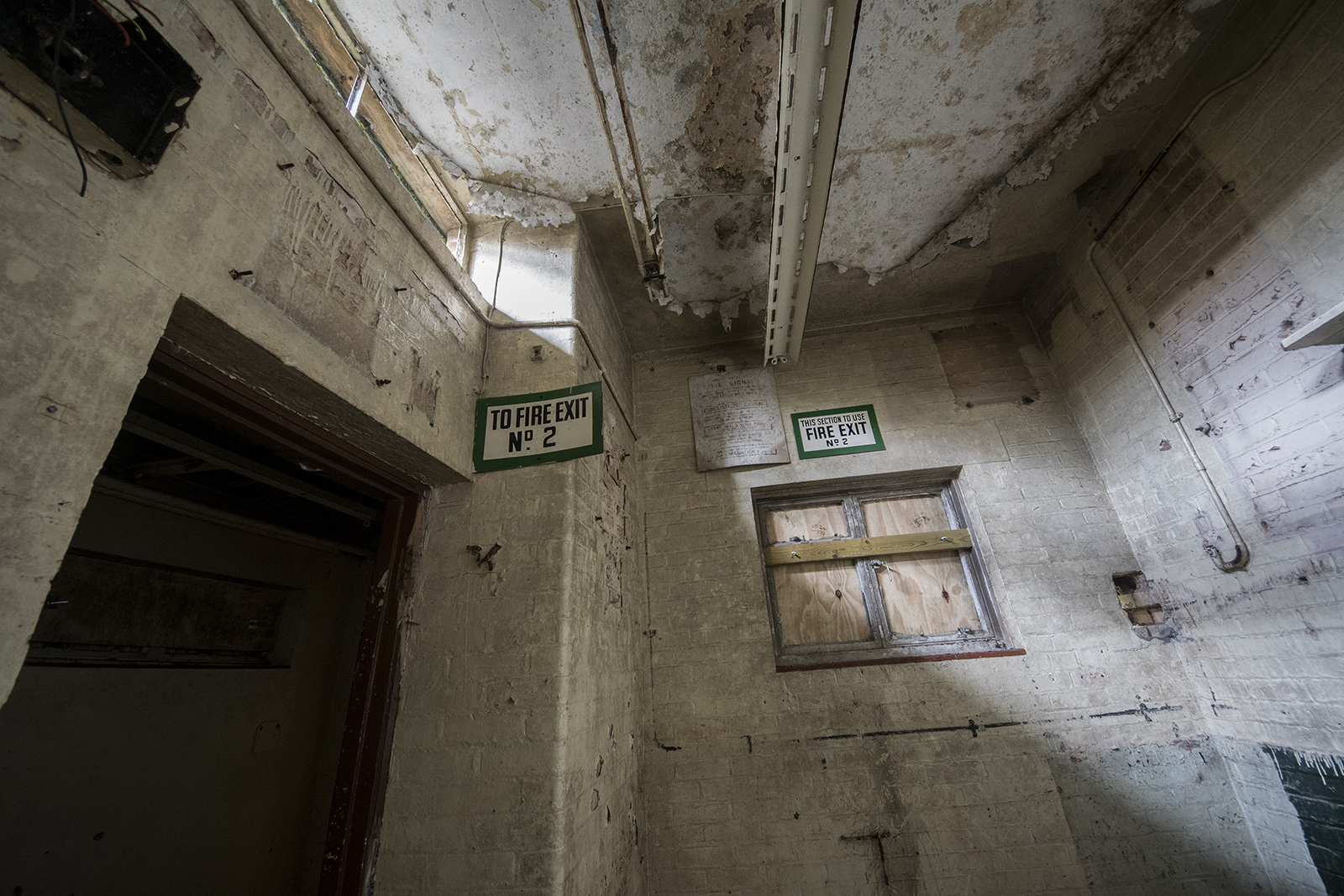 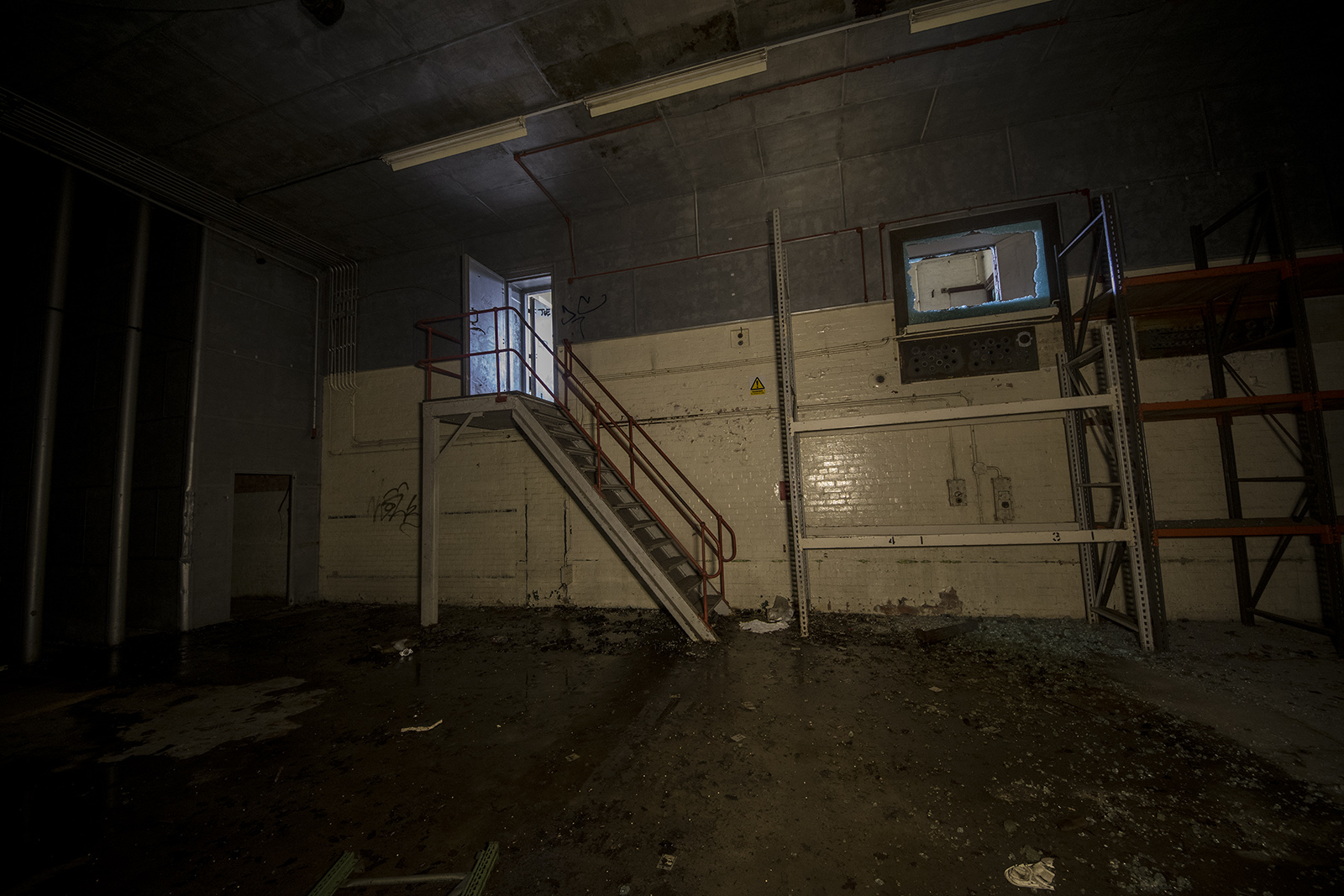 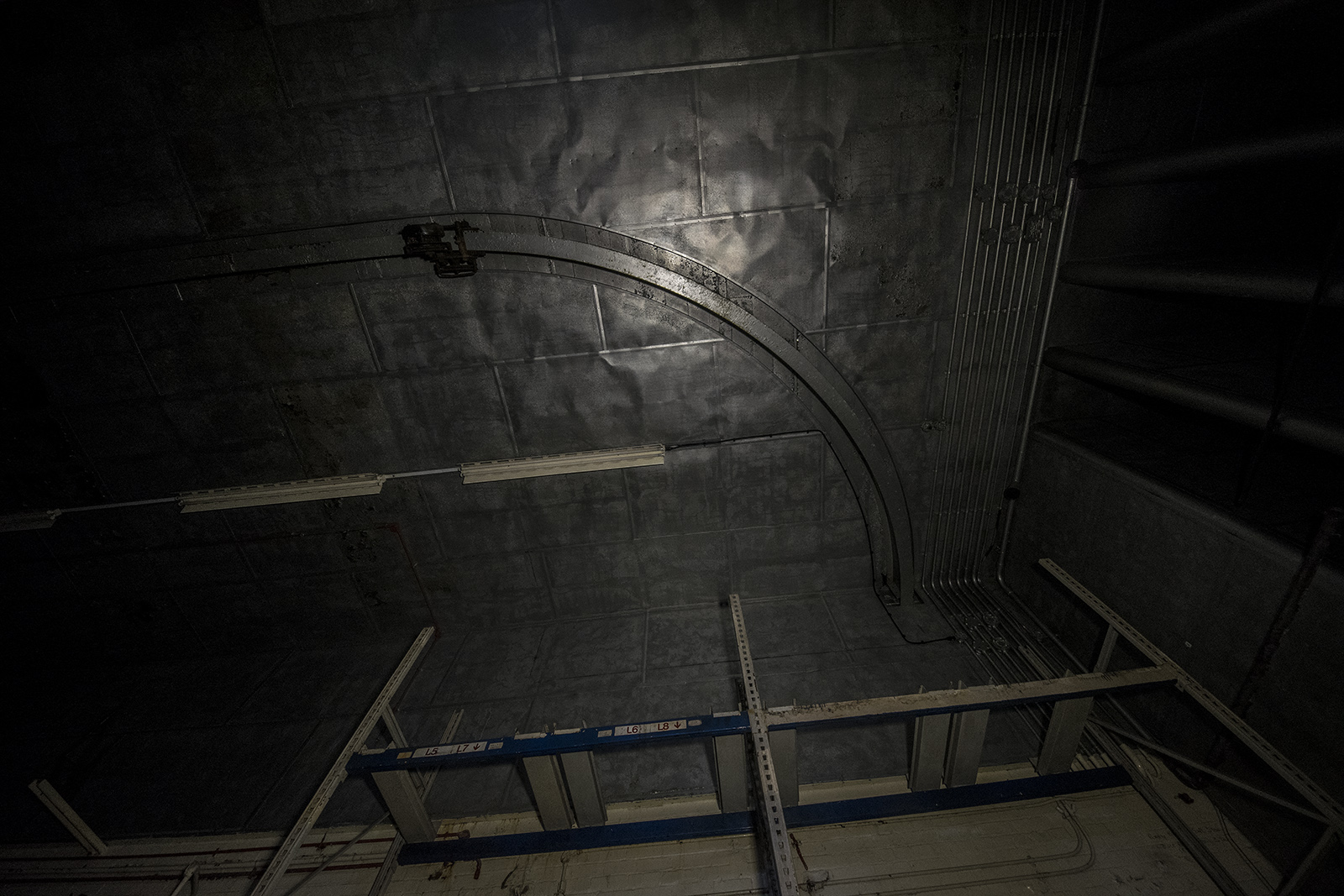 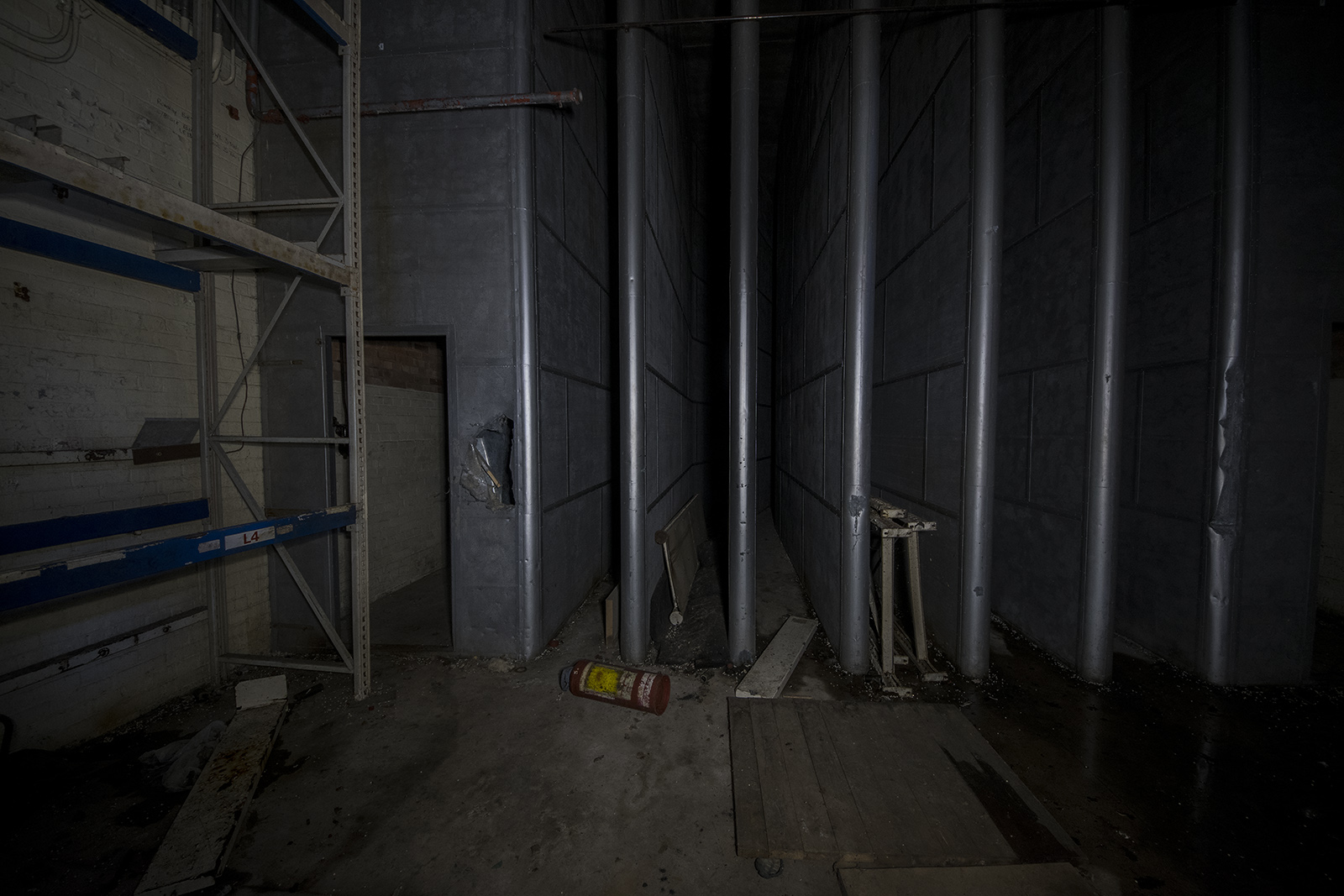 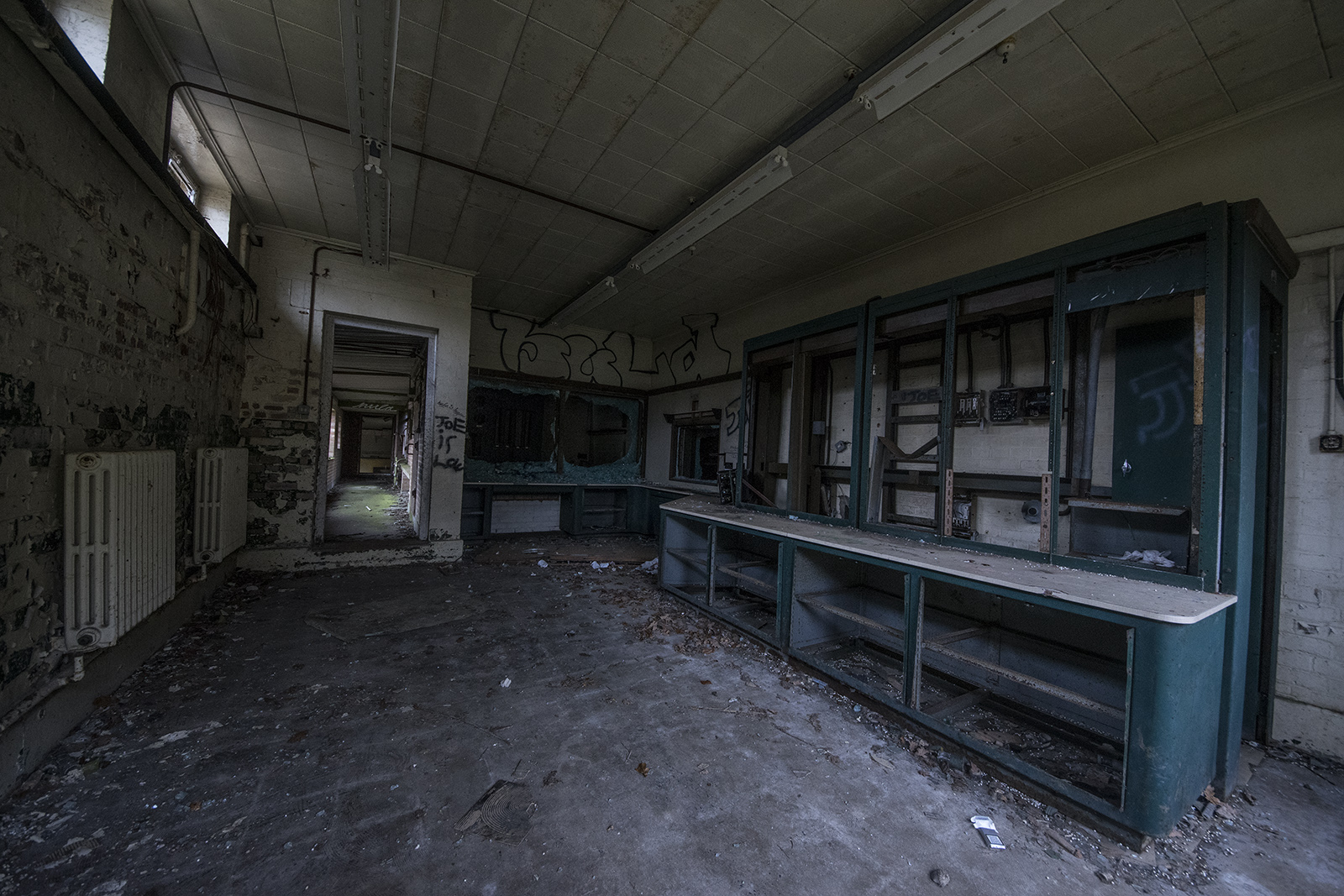 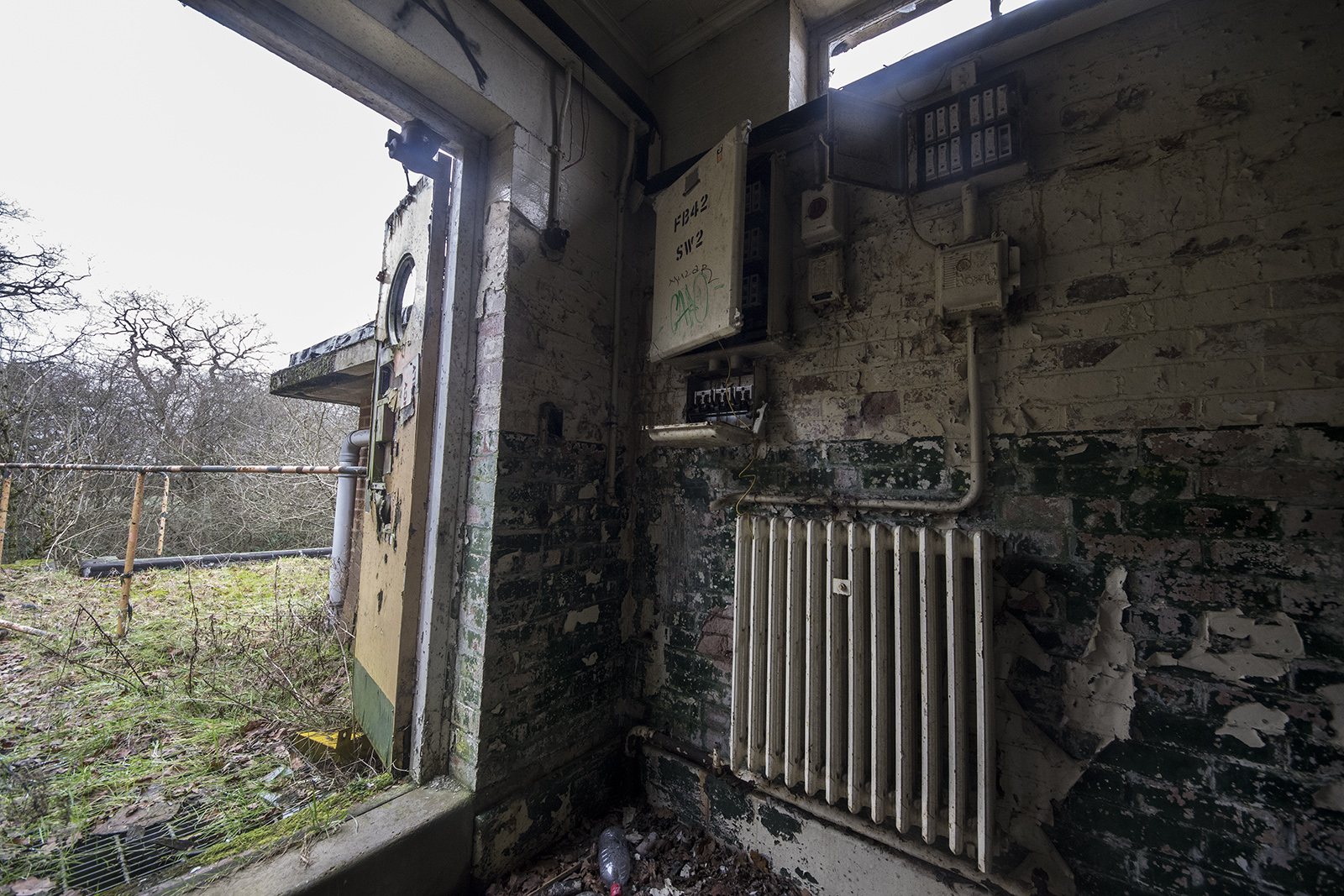 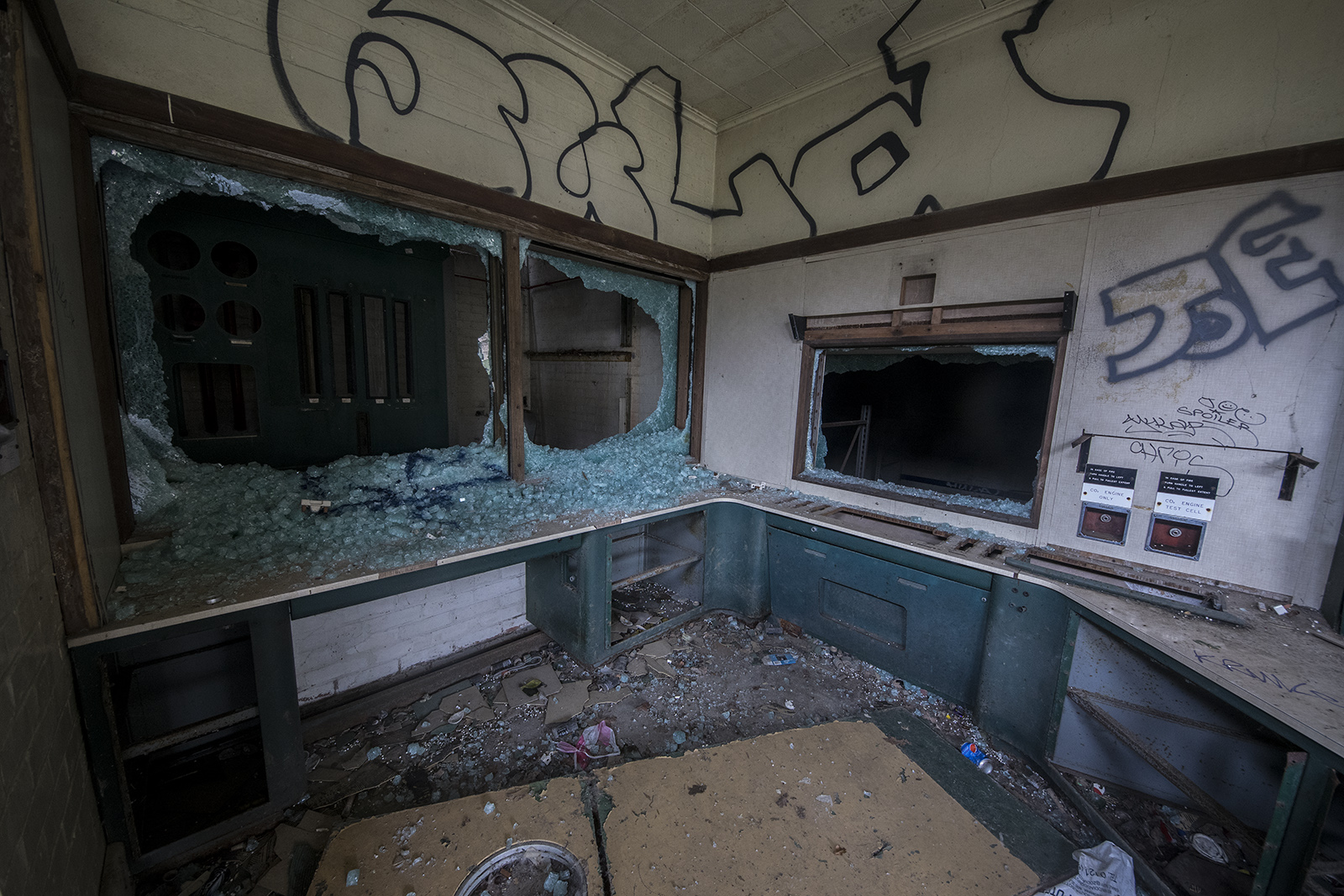 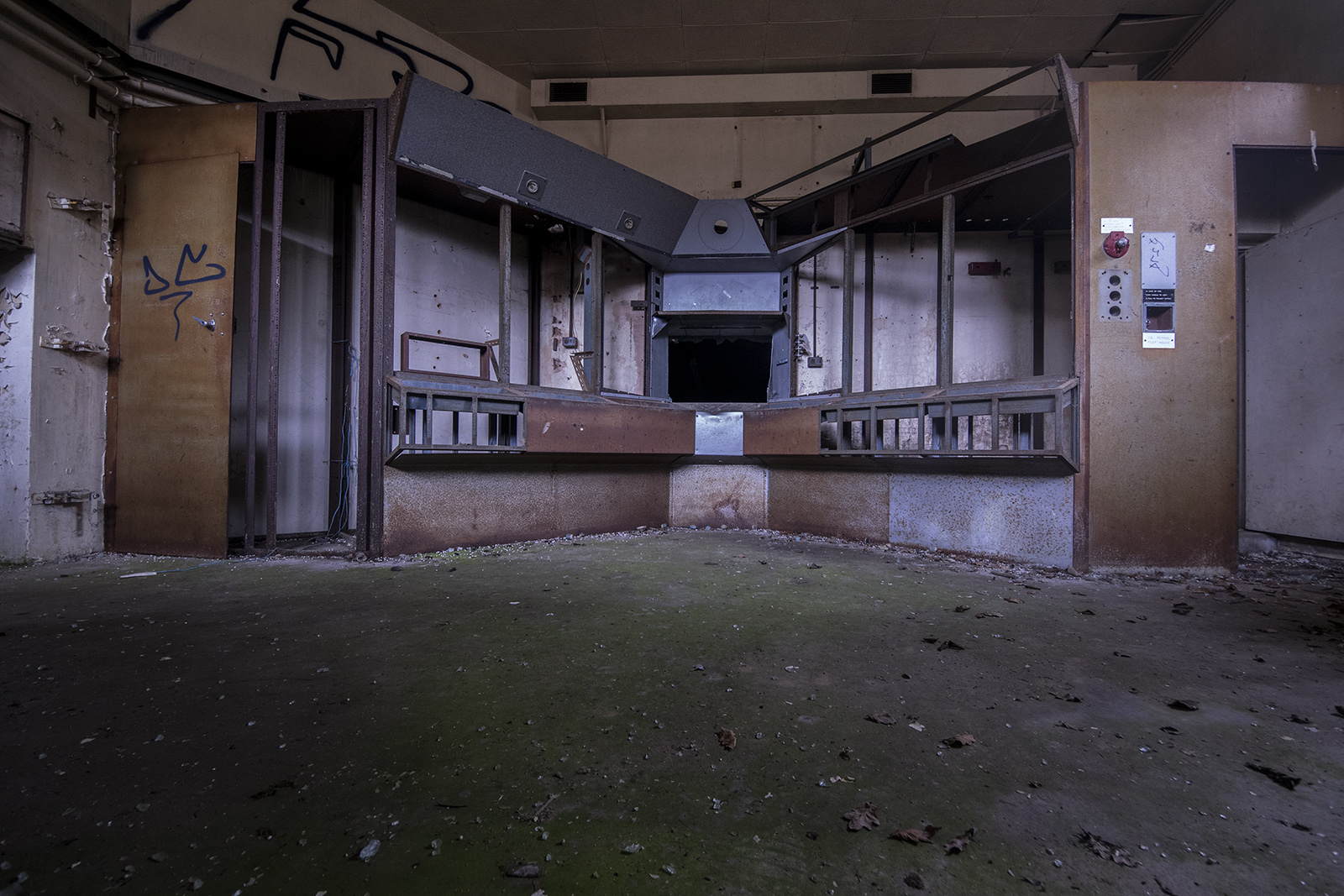 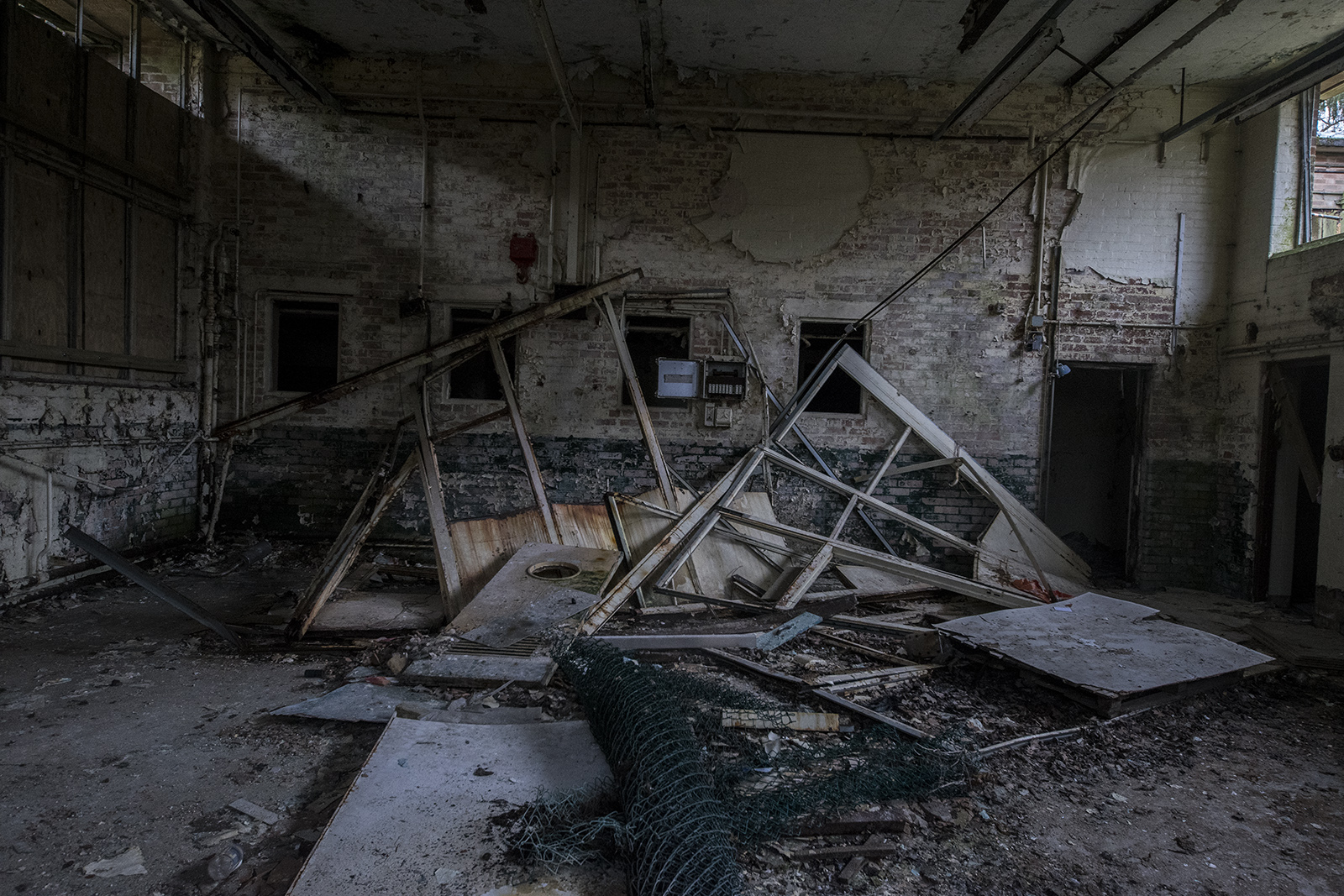 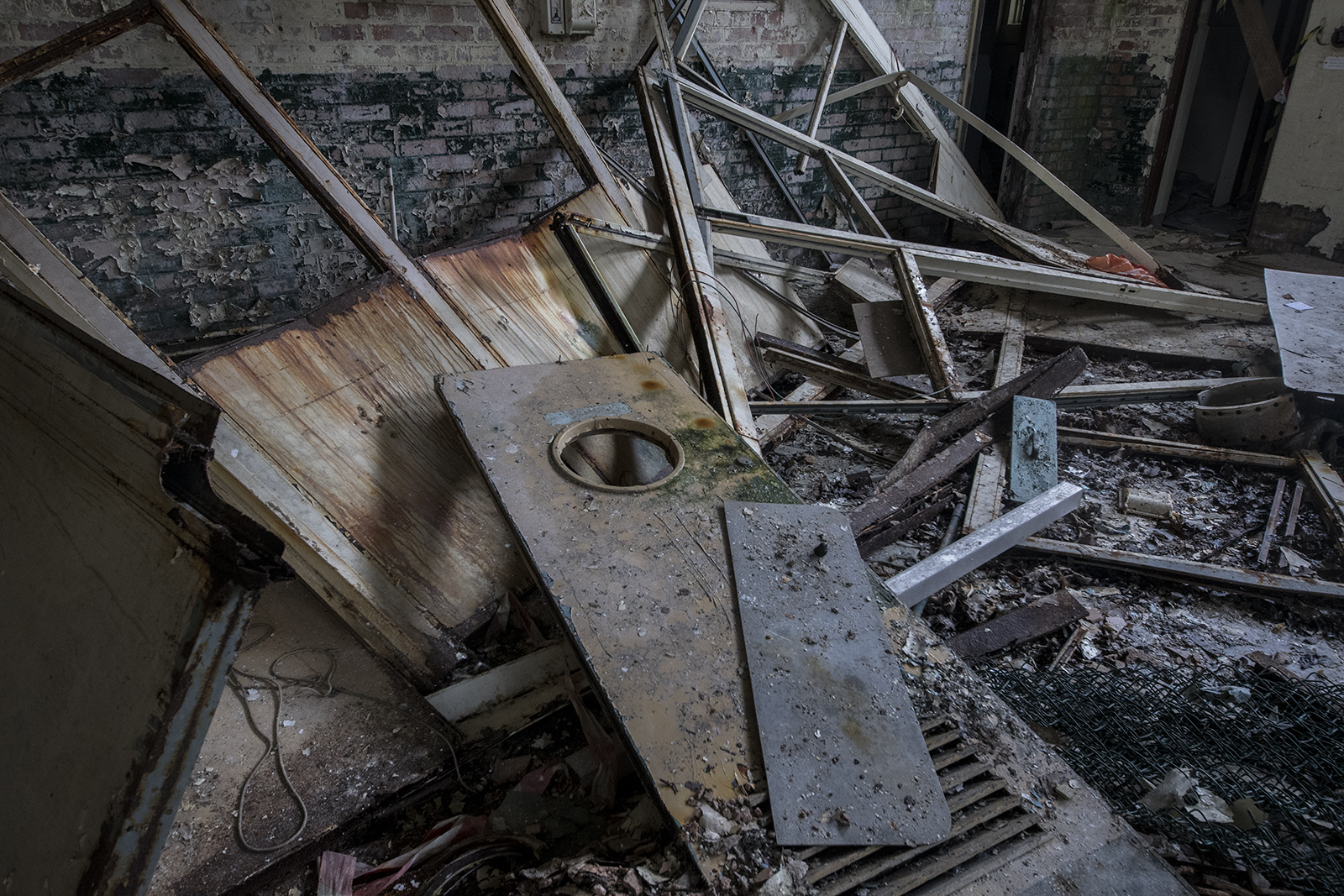 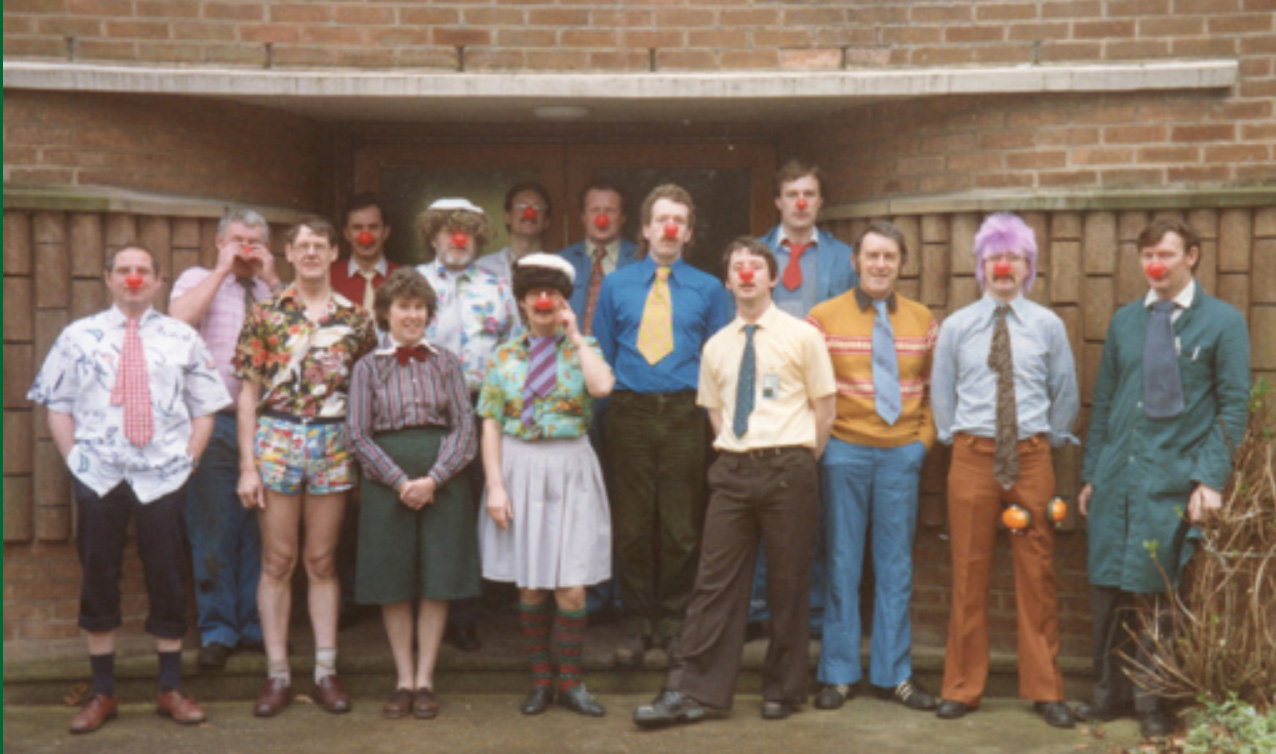 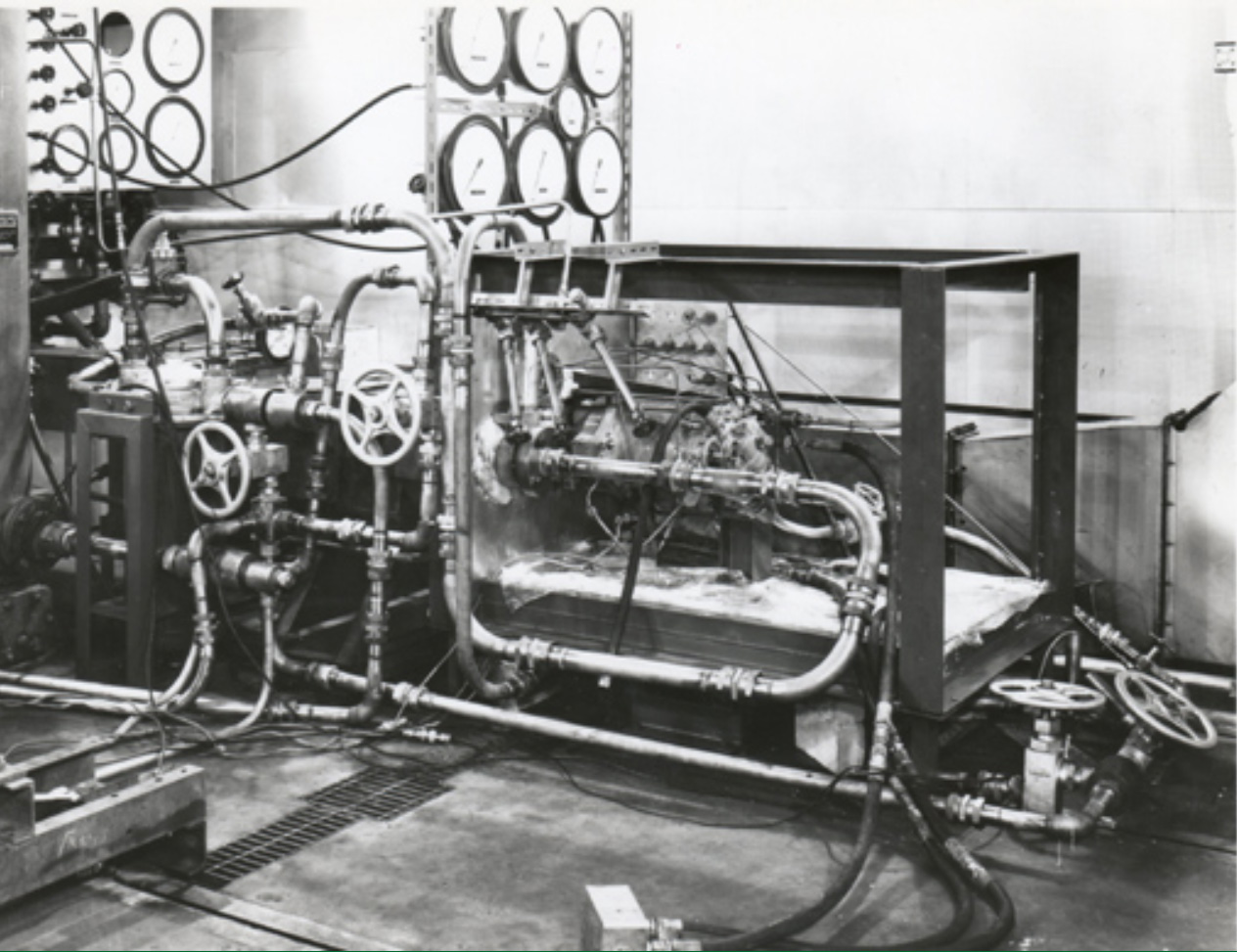 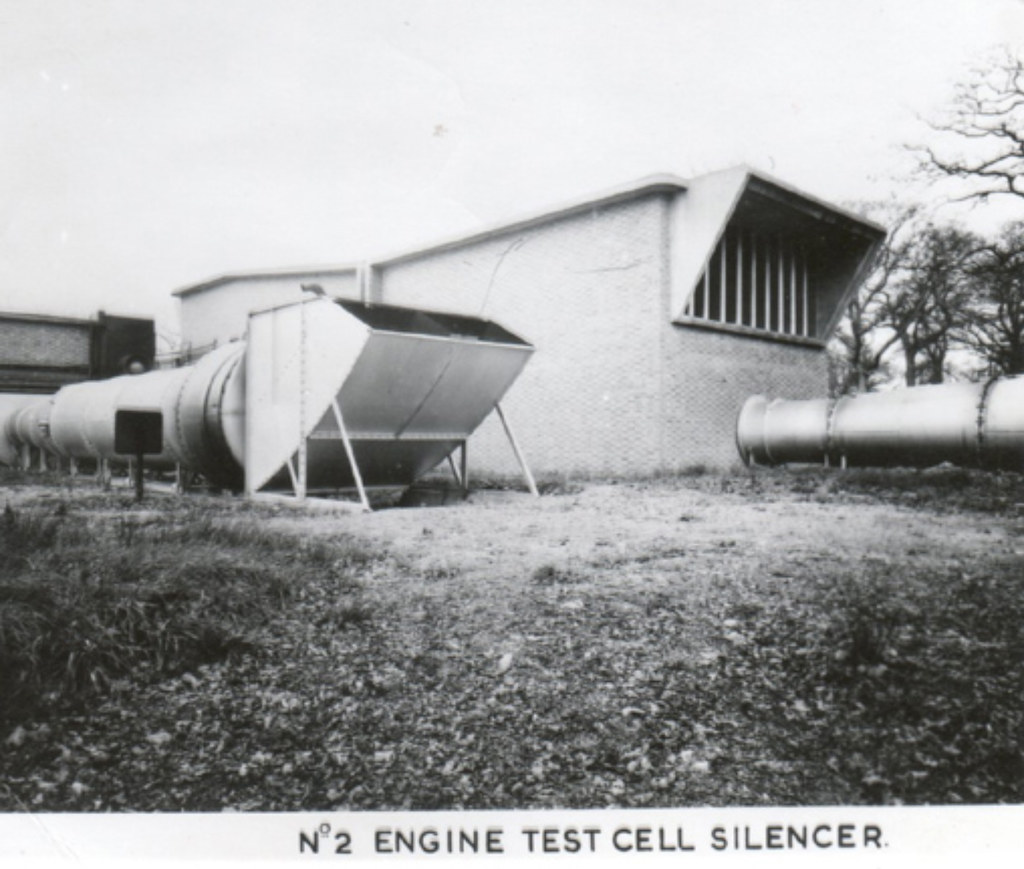 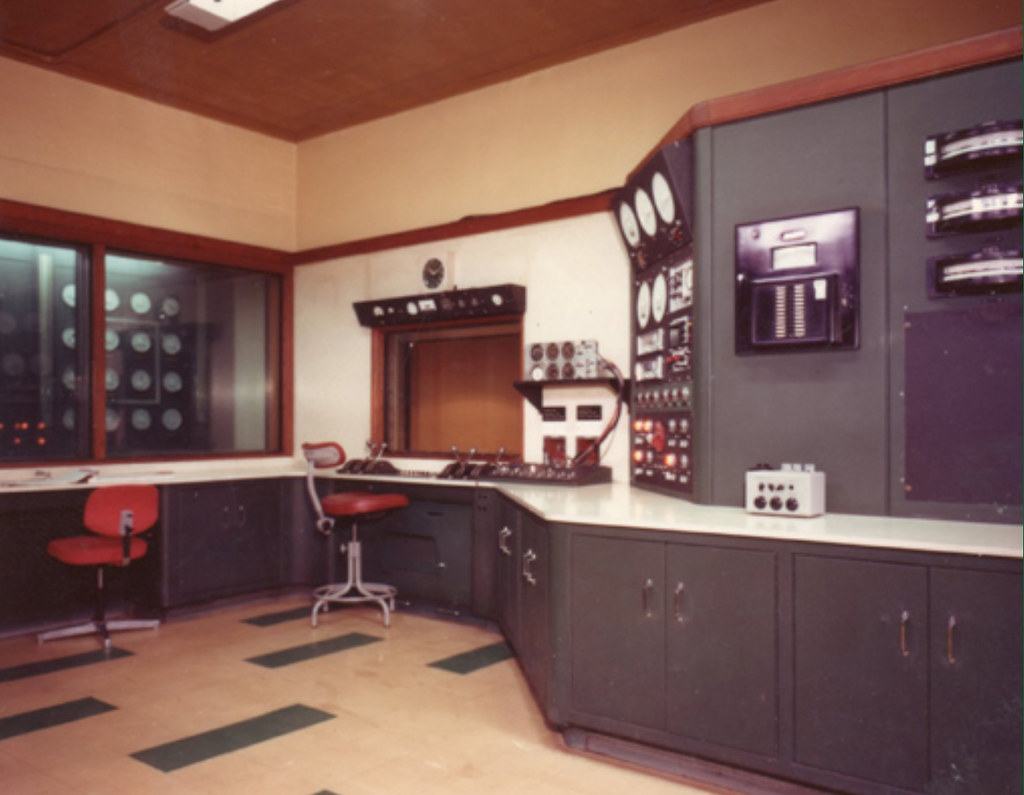 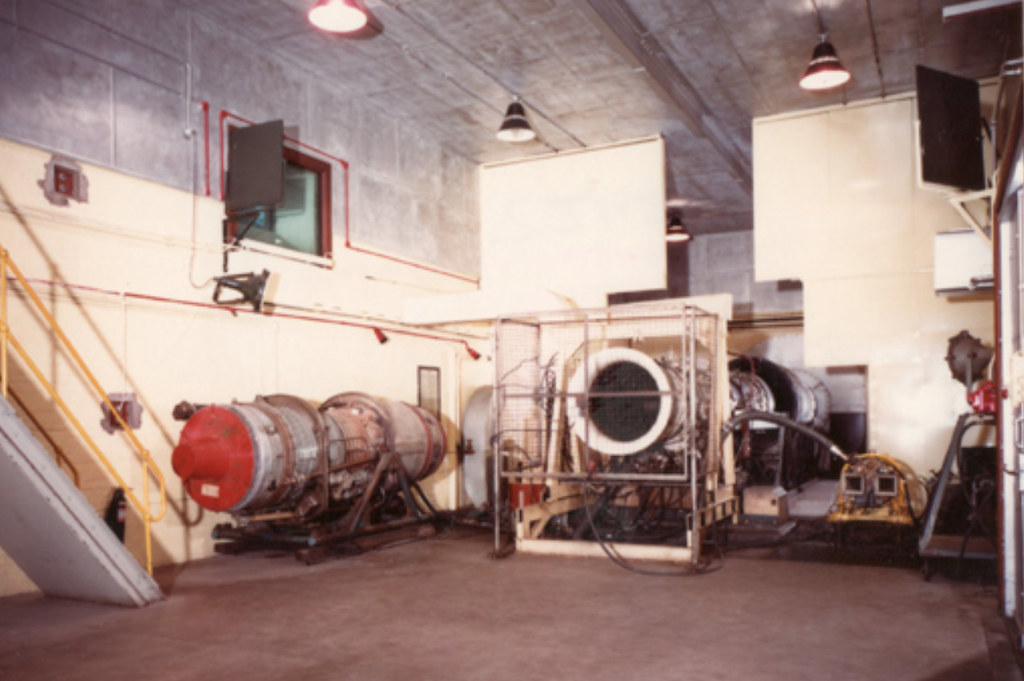 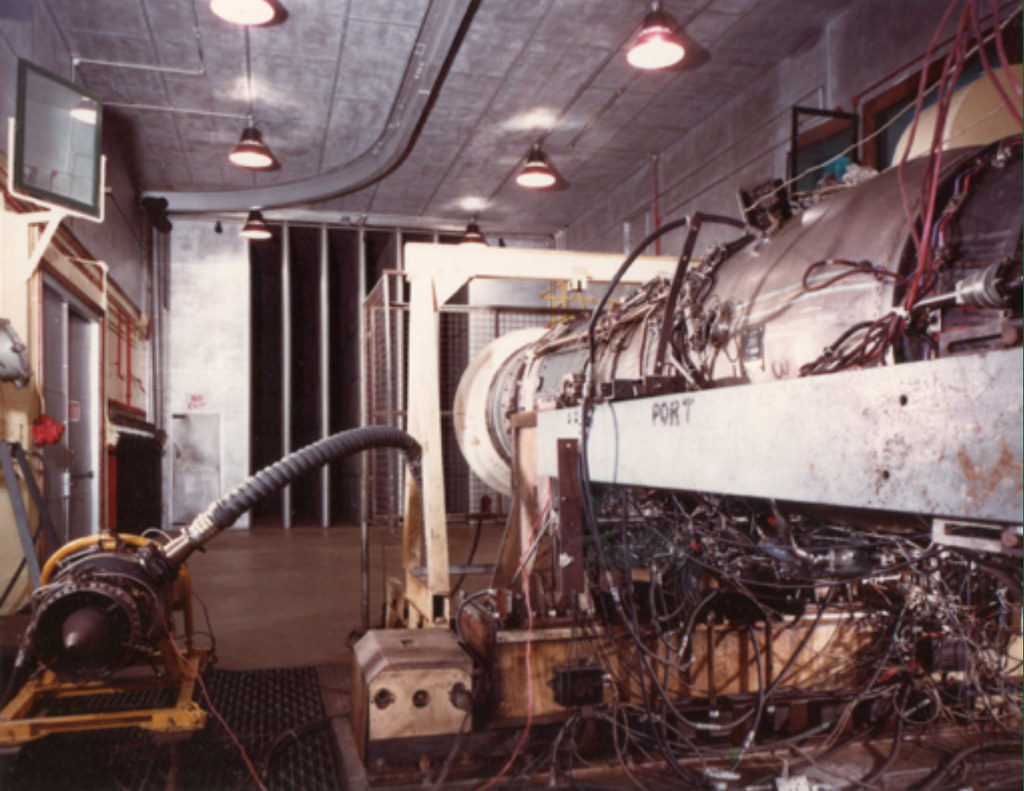 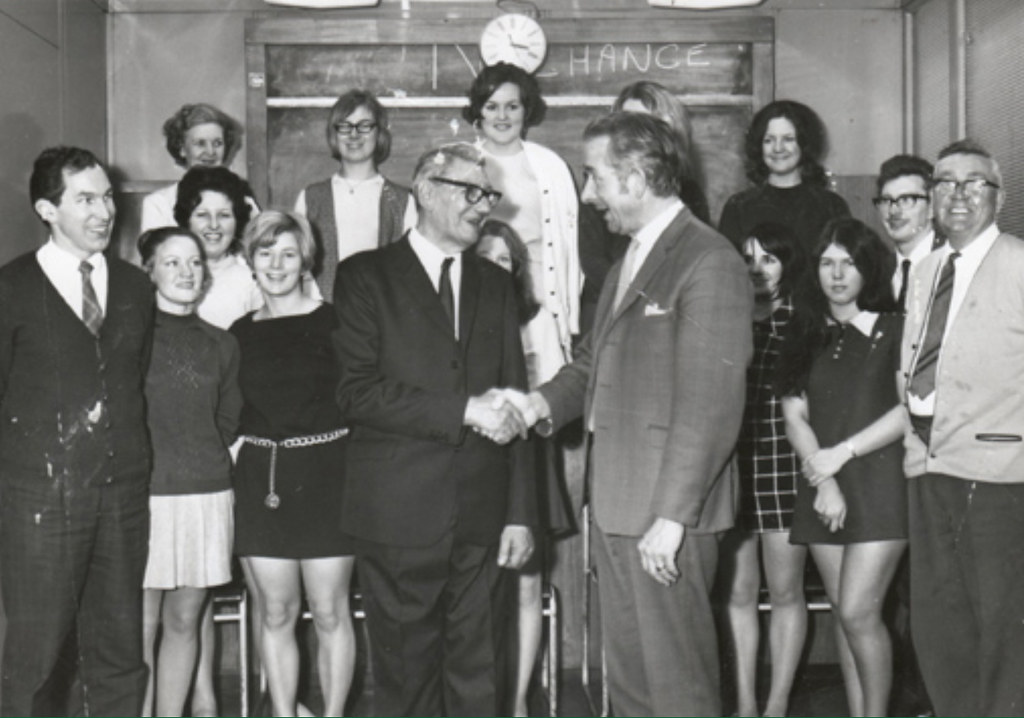 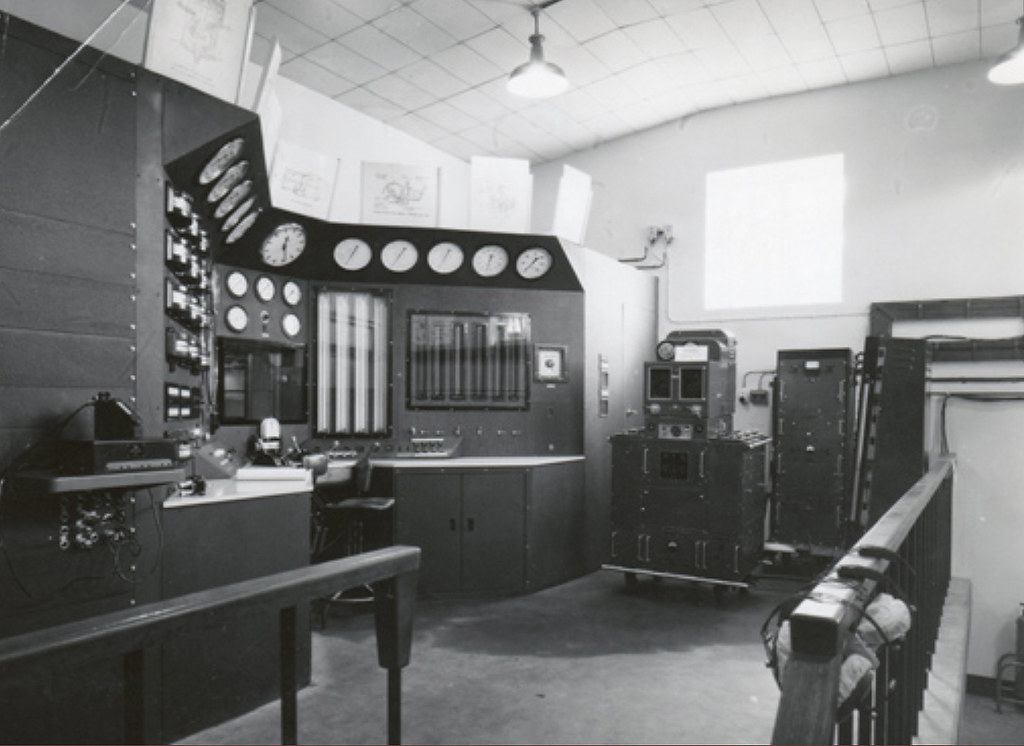 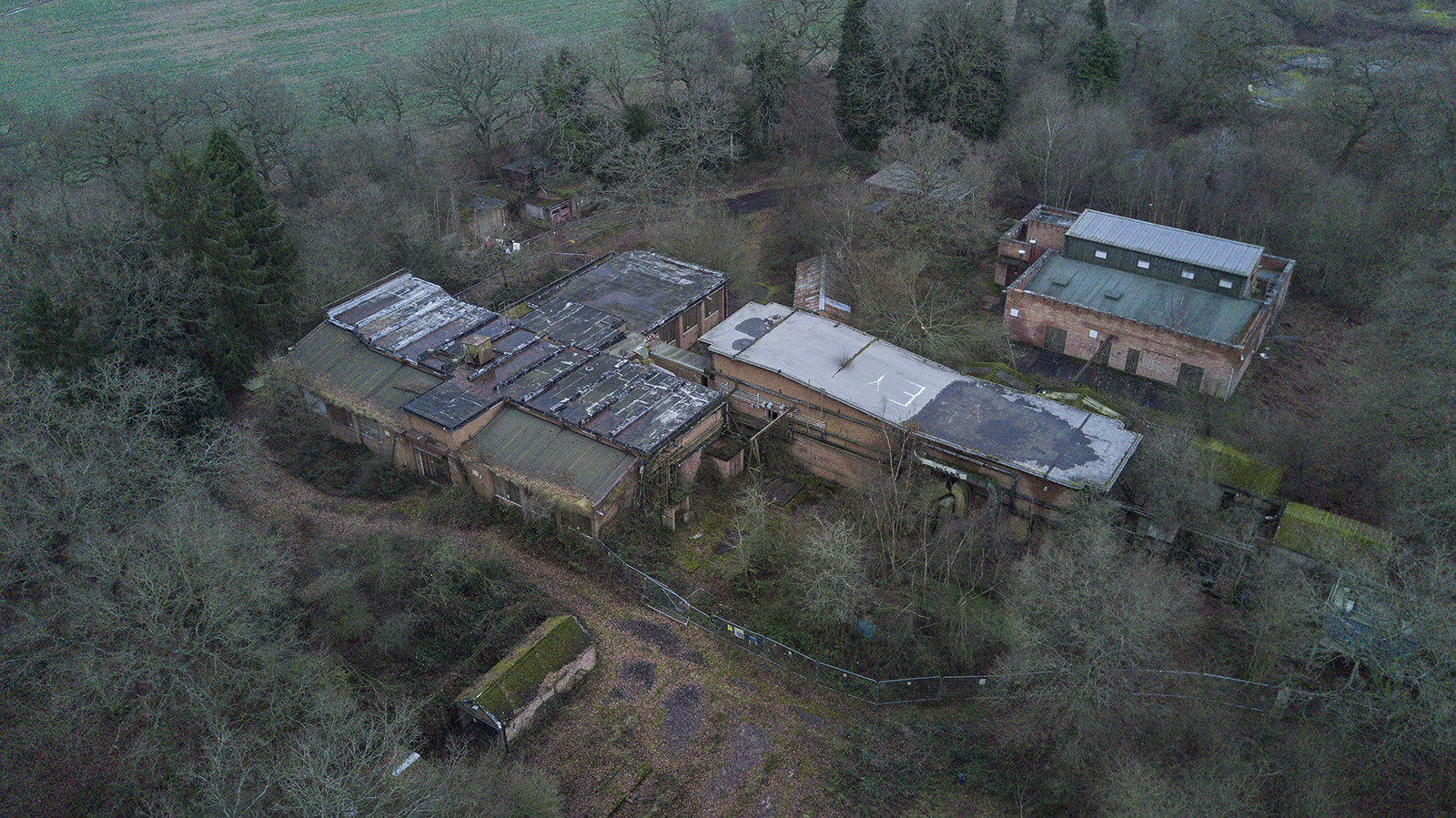 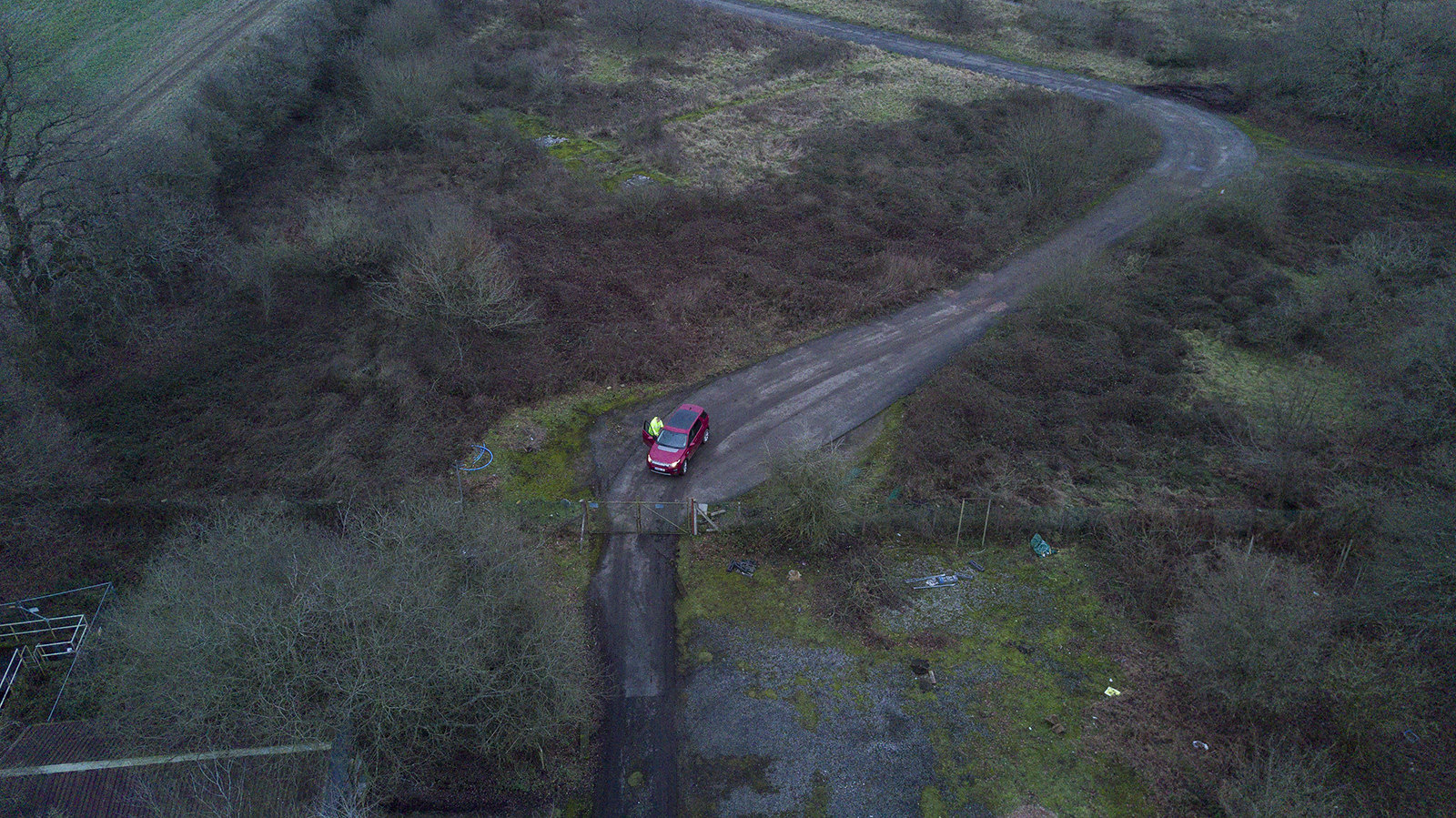 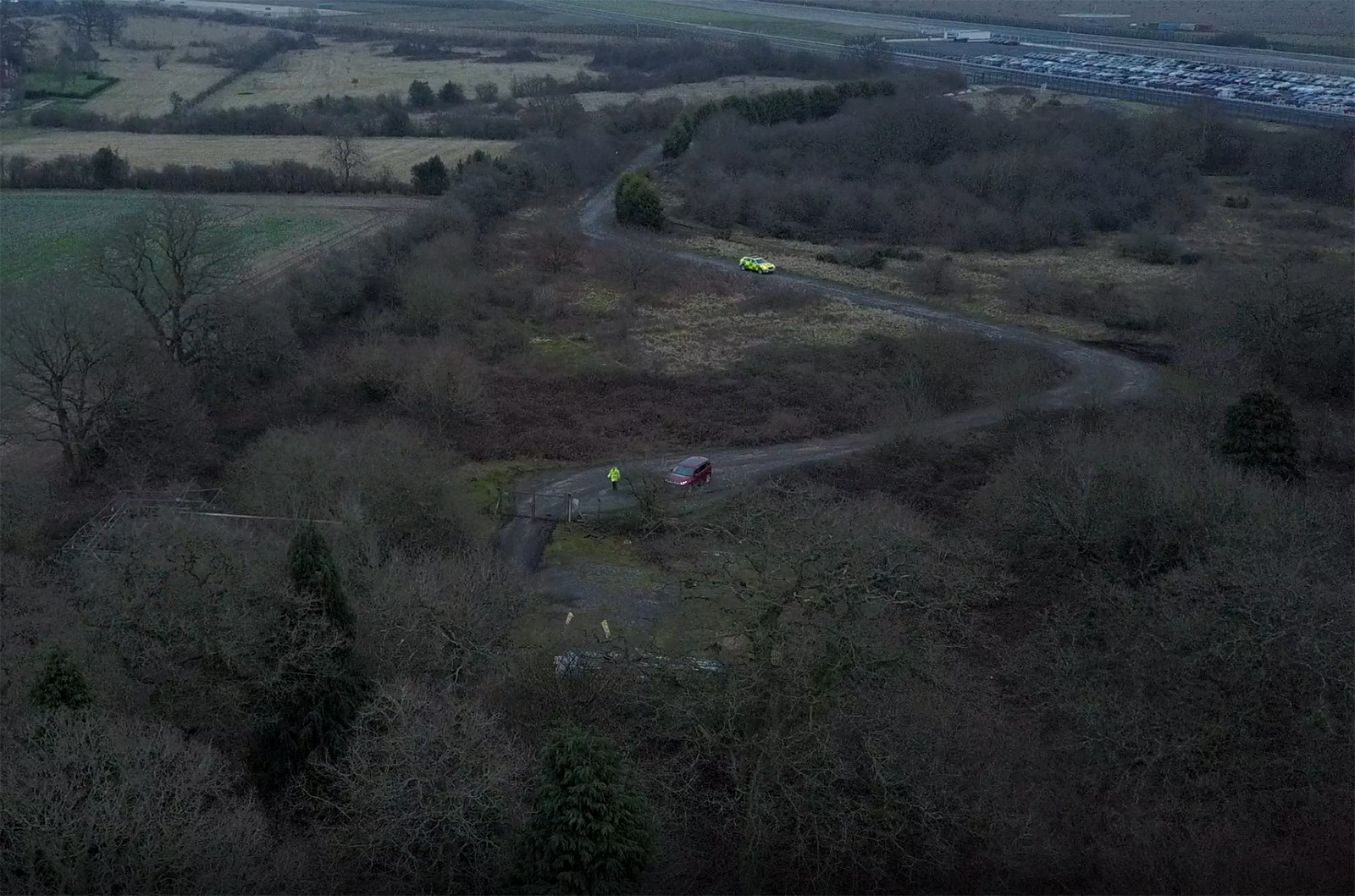 It really was a lovely way to spend a couple of hours in my own company.

​
Last edited: Jan 15, 2018
Check out my other photos (including blinding HDR and other weird stuff) and my electronica muzak here (the main page is over here)

Regular User
Good that, would have been a real gem if it wasn't in such a shit state...

Regular User
Cracking report, i love the fact you use a drone to spot security, i bet it proper pissed him off…is it still RAF owned ? looks in the middle of know where how the hell did he know..any CCTV or sensors?

Regular User
I would upload the video if it was straightforward. He was one of those chunky ones that kind of walk with a shuffling gait. The place was a proper ruin, so I wonder if it was a random patrol. It did seem odd though. Definitely didn't see any CCTV or such.

It is no longer RAF owned. I think it is owned by landrover for vehicle testing.
Check out my other photos (including blinding HDR and other weird stuff) and my electronica muzak here (the main page is over here)

Regular User
Its in the middle of no where for sure. It always used to be the game keeper that caught you in there tho. The only road for miles ended at a little car park for a firing range down there, if you parked in it they knew you wernt supposed to be there. I suspect now the test track has better security they just phone you in and let them deal with it.
flickr

Regular User
Yes, that is where I parked, at the end of school Lane. Fortunately there was no one around. I didn't leave a moment too soon though as about half a mile down the road when I was leaving a green old farmer style Land Rover with lights on top was burning down the road towards the car park. I can only assume some bored local had been informed and was coming to check me out.
I really can't see why there was such a fuss about nothing.
On looking at my video aerial footage it seems that the security man was tapping something on a panel next to the gates on the trackside of the wooded area. Maybe he was resetting an alarm or perhaps just opening the gate in order to come in and do a routine sweep. I think I was just unlucky and at that point he noticed my drone.
The ridiculous thing is the time between that moment and the popo arriving was approximately four minutes. When I had a psychotic person who was literally bashing up my office with her head, it took more than 50 minutes for them to come. Stupid.
Check out my other photos (including blinding HDR and other weird stuff) and my electronica muzak here (the main page is over here)

Regular User
They may take a drone a little more seriously here as it is right next to an active Land Rover testing facility so may have thought some industrial espionage was afoot.

When I was there the first time we managed to get hopelessly lost in the woods and actually ended up on their test track which was a bit alarming.
I'm not from Birmingham.
I don't know where 'Hunters House' is.​

28DL Full Member
I happen to work with a guy who worked at Prodrive for years before he left in 2004, this placed used to be intact (obviously) and he would often stroll down while on vehicle test etc. Sadly travellers got onto the site and stole various things, and it did then see a spate of vandalism over the years. His farther in law actually worked at Lucas before it closed down. Fen End JLR Now own it, and from what i've heard off of a friend who works there, it's been left to rot.

My brother was a member of the clay pigeon club next to it that has since closed down. He had a wander into the woods to check it out after i mentioned it but never had a chance to get in. He mentioned before that other member of the club have got quite arsy with people trying to get in... This place has always been one i've wanted to do so it's given me some fresh hope in having a look!

I can't actually get ANYWHERE near it however unless i walk to it, last time i went to drop my brother off at the club i cracked my sump about 100 yards up the road because my cars on it's arse and the road is horrific....
You must log in or register to reply here.
Share:
Facebook Twitter Reddit Pinterest Tumblr WhatsApp Email Link