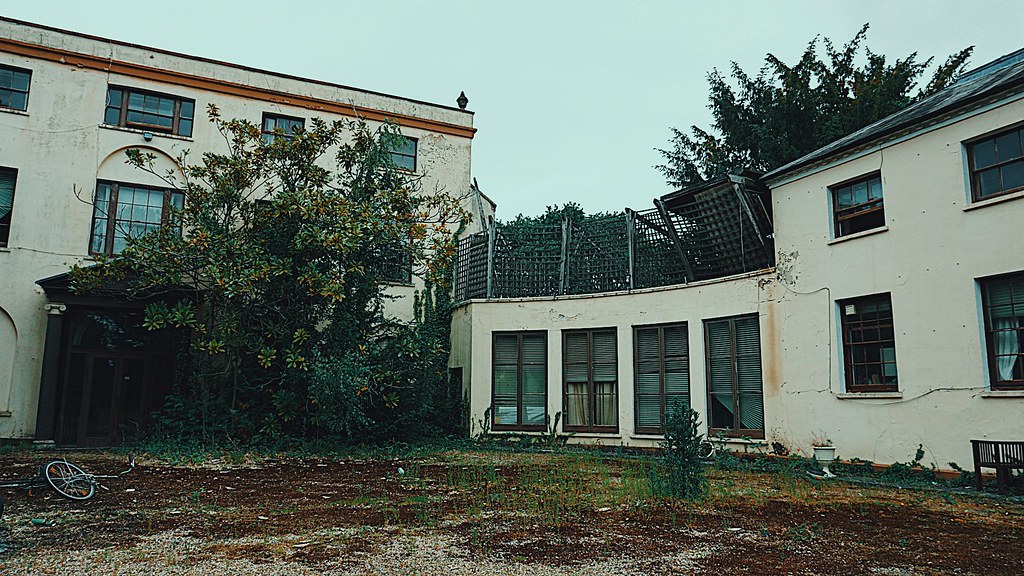 A 17th Century grade II listed property. The main house has apparently been abandoned for some years and is quite evident once inside. The former owner passed away in 2018 and the property was left to two charities in their will; Leonard Cheshire and Lady Ryder of Warsaw Memorial Trust. Recently the land and property were sold for a whopping 2.5m to a newly formed company, Luddington House Ltd and work is expected to start imminently. There is some evidence to suggest it was turned into flats at one point although I could not find much regarding this online.

This was a very fun explore. It took most of the day to capture all these images. When we arrived, we were followed in by a group of explorers who were really lovely and had way more equipment than I could imagine owning! If any of you are reading this, please send me a DM with your explorer names because I'd love to see your coverage of this place (I was wearing the neon green top if you don't recognise me from my photo ).

Once inside, we were met by a very friendly boy and his dad and then another group of people who left shortly after we arrived. Seems like a prime location at the moment. But that's not without its downfalls... the place has been trashed. Considering the first reports of this place were only a couple of weeks ago, everything that once had its place has been strewn across the floor. It now very much resembles a hoarders house rather than the lavish building that it appeared to be. Still, it was a fantastic explore.

Did anyone else notice that pretty much every single bedroom had an ensuite? I can only imagine living in such luxury lol! But in all seriousness, these manor houses seem to have some of the best architecture and some of the most decorative bathrooms I've ever seen. That gold fish Fassett is to die for! The swimming pool looked to have been abandoned for some years. It has been completely claimed by ivy and looks miserable tucked away towards the back of the property.

It is odd to see varying levels of decay in one property as I could not imagine how somebody would have lived in a half-abandoned property but it very evident that some parts of the property were left to decay before others. My boyfriend pointed out that one of the kid's bedrooms looked far more modern compared to some of the others. In the main building, there were double bathrooms, and what looked like sheep's wool carpets and the decor was far more aged. the ceiling had caved in places and old washing machines and hoovers which had seen better days were all left behind. There aren't enough hours in a day to look through everything to really understand what kind of people lived here, but it is evident that they were very wealthy.

Now for the photographs: 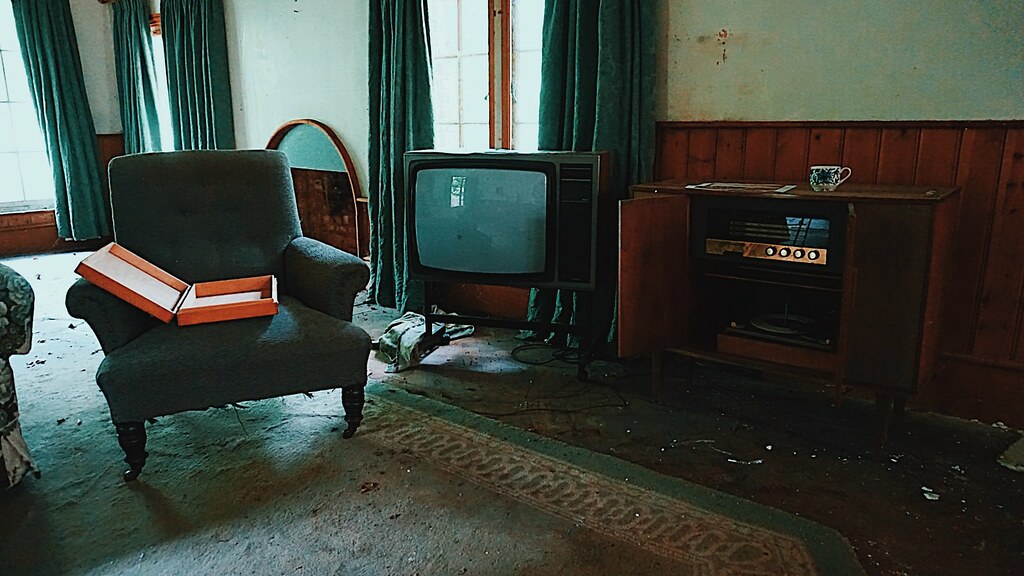 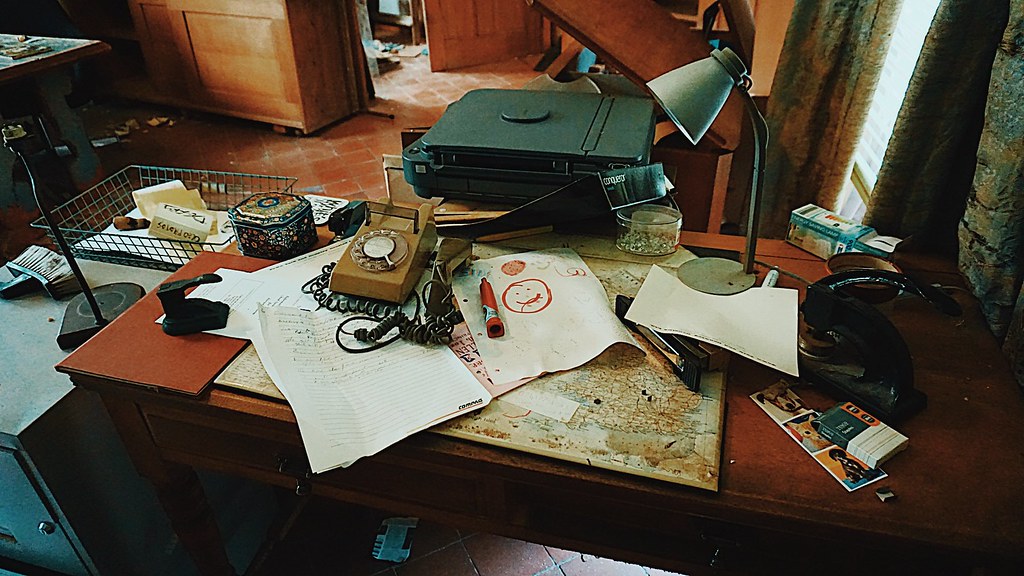 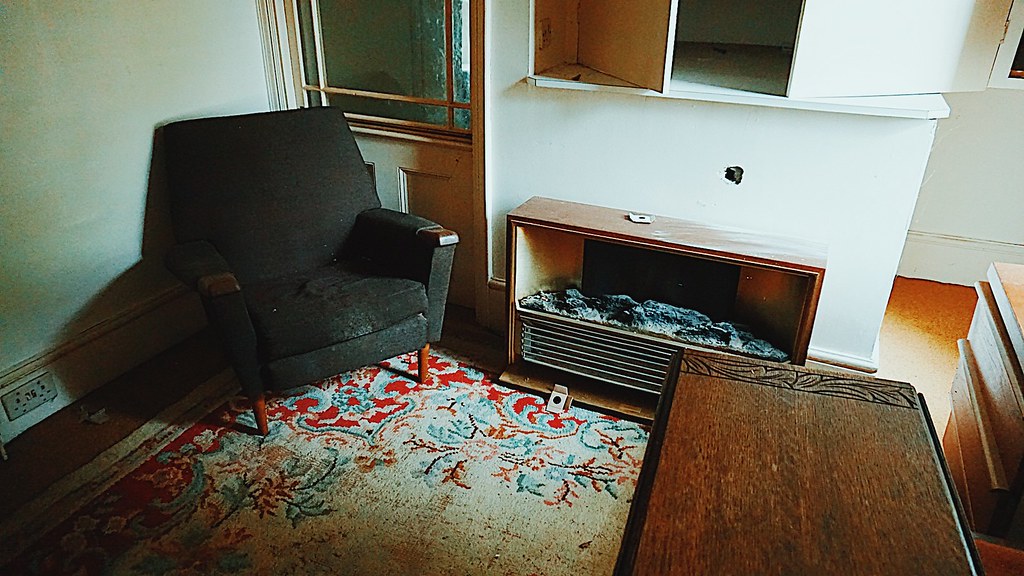 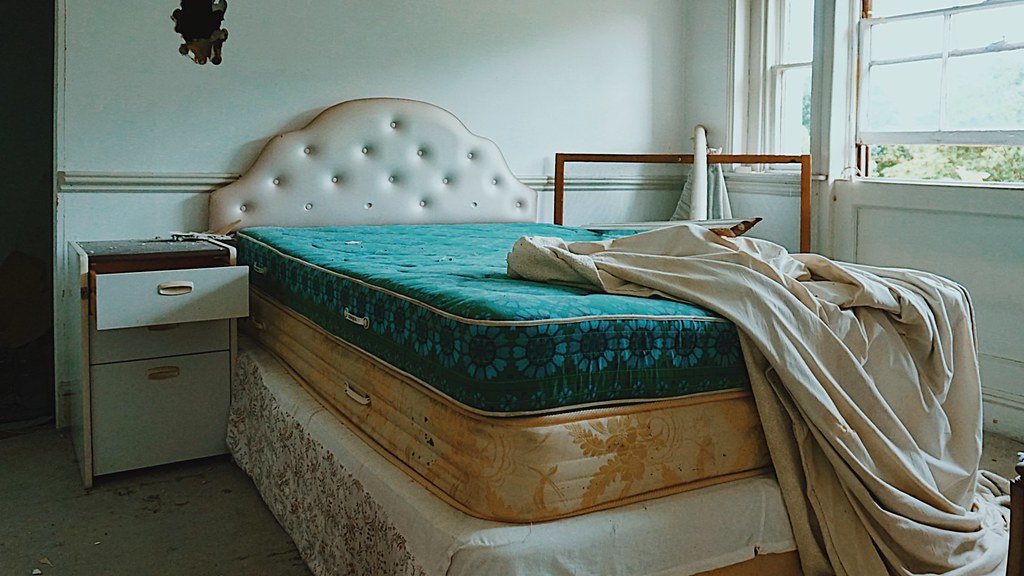 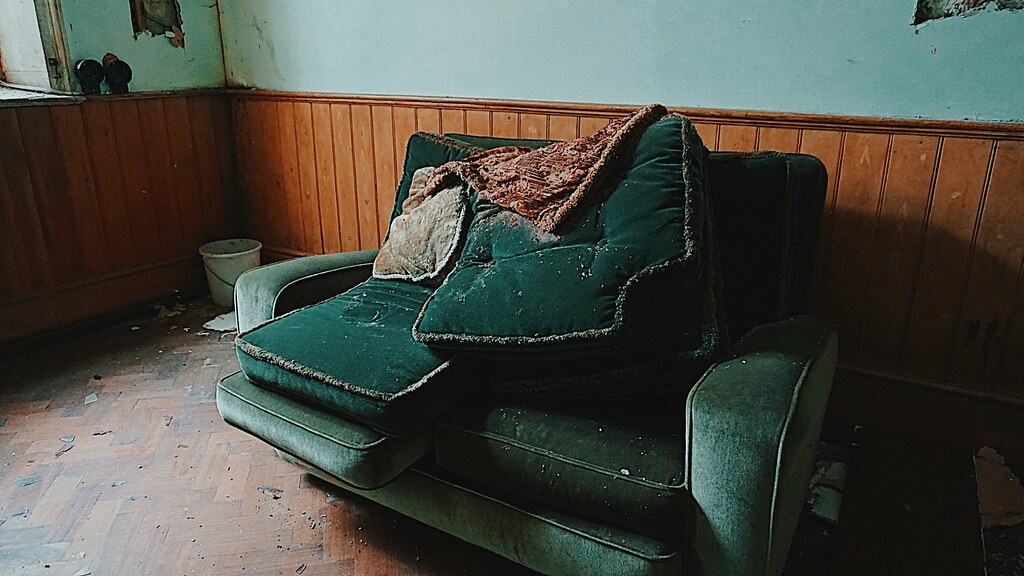 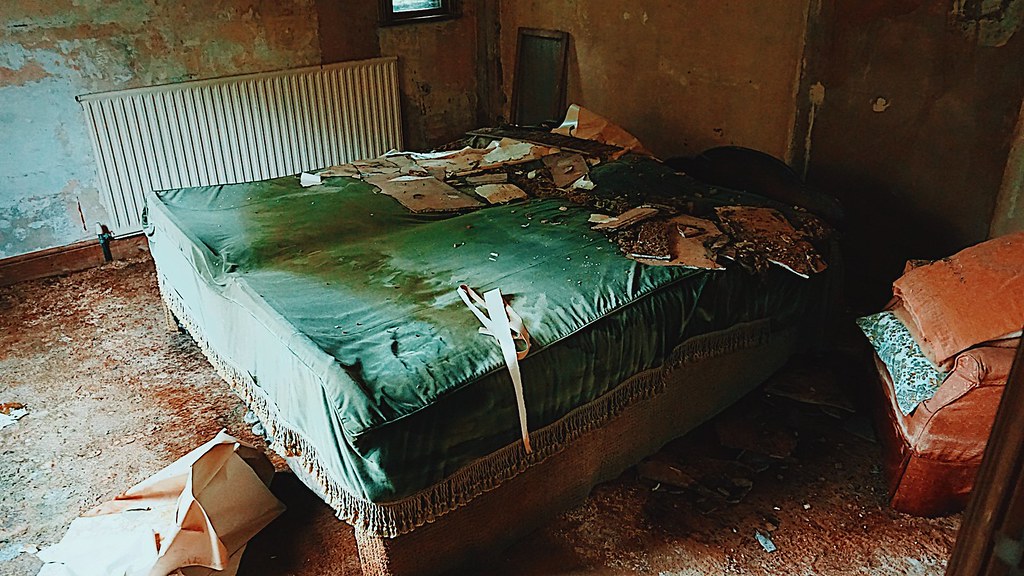 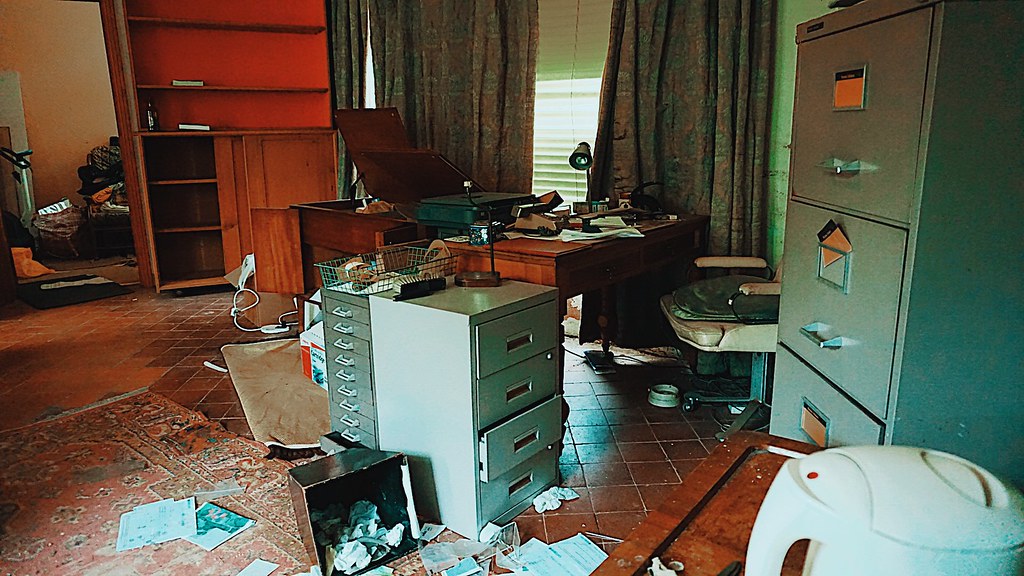 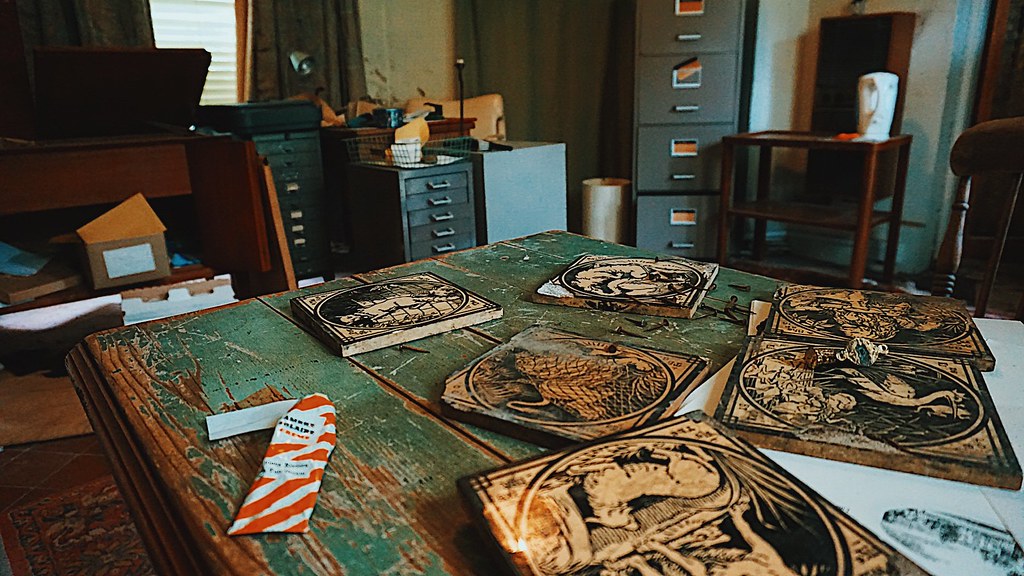 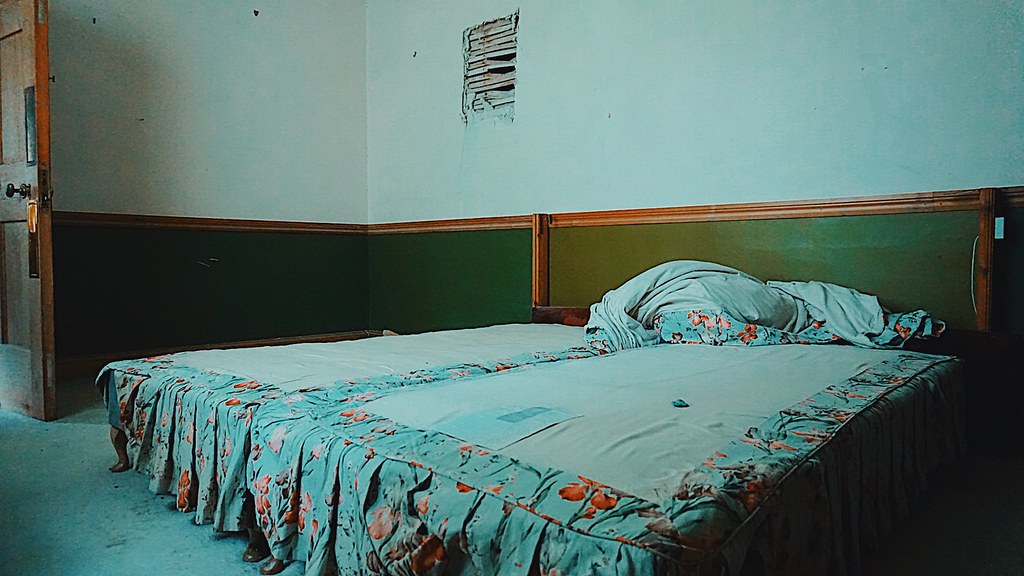 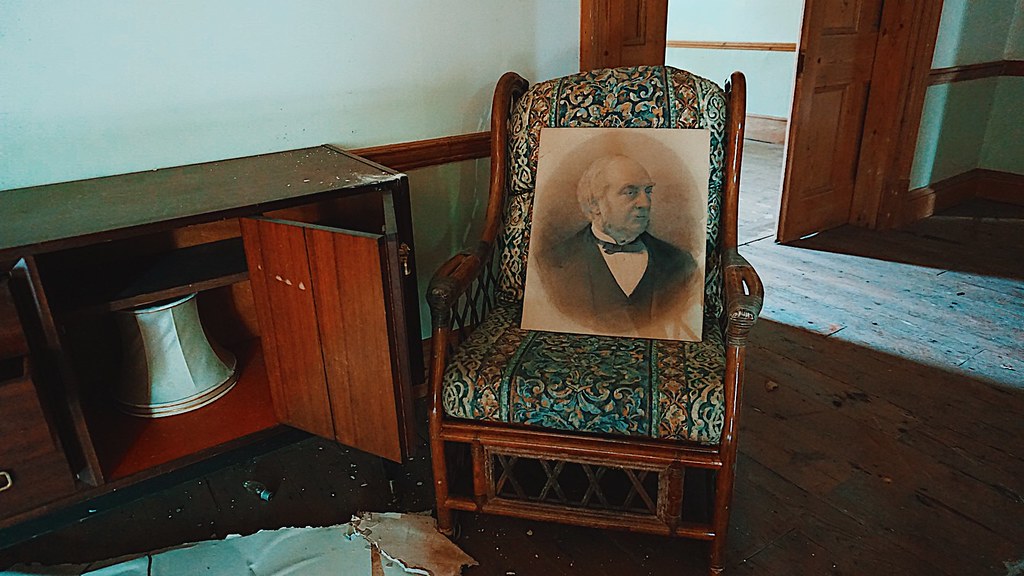 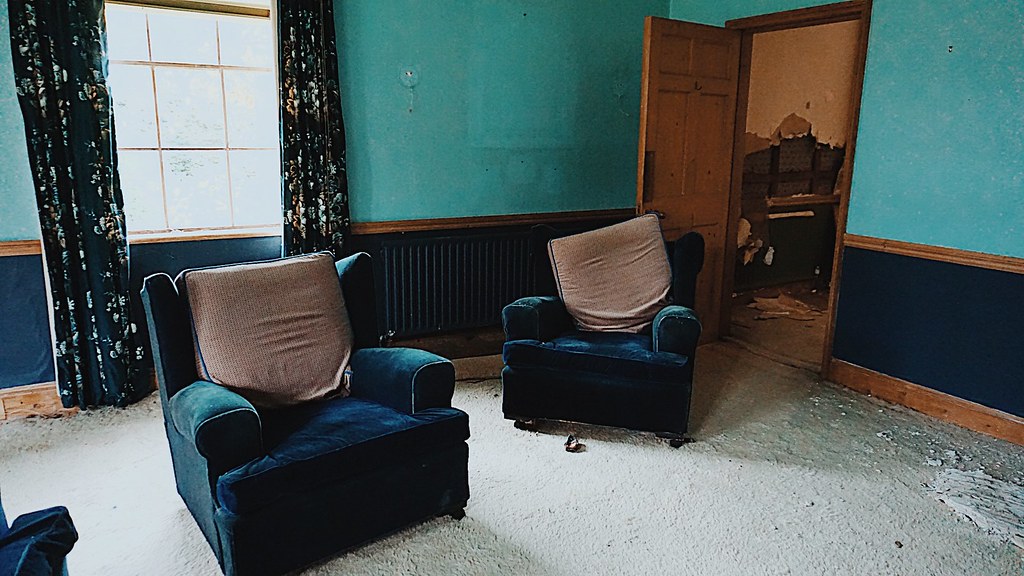 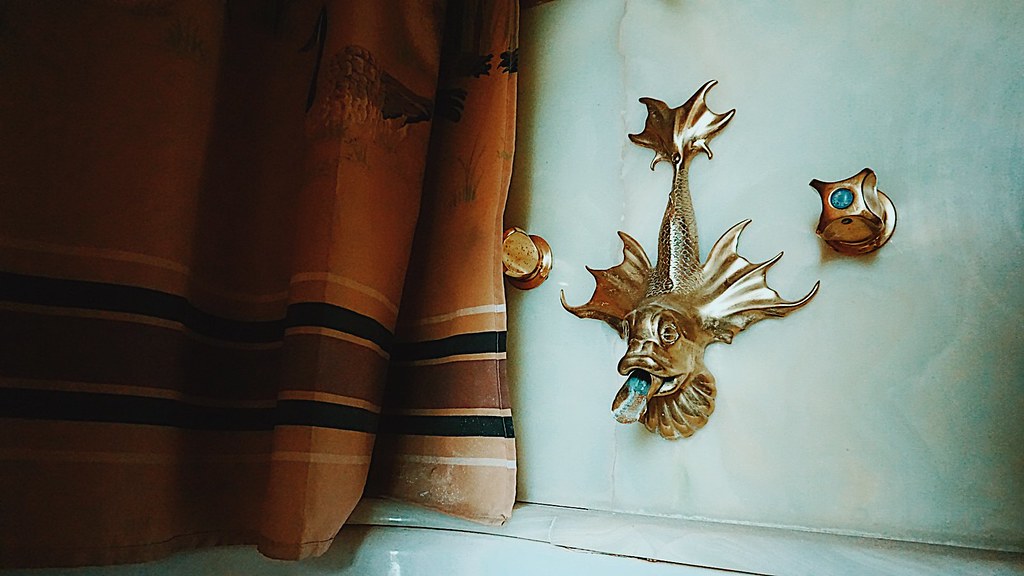 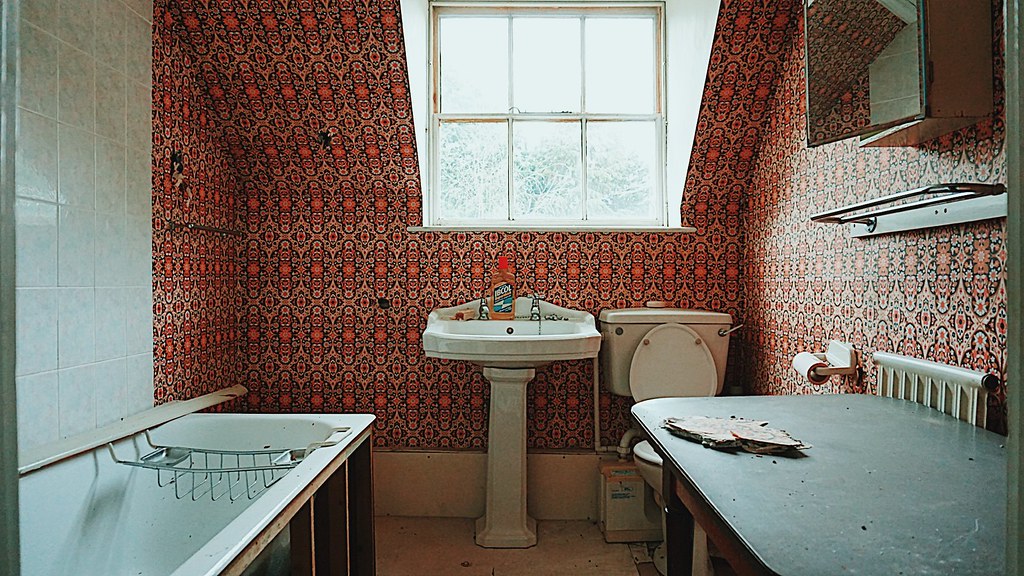 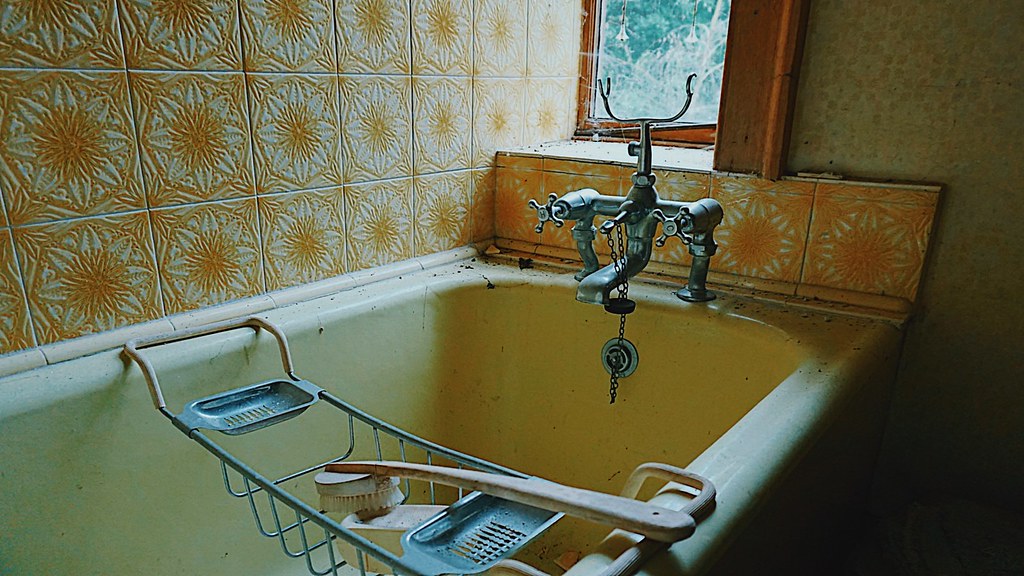 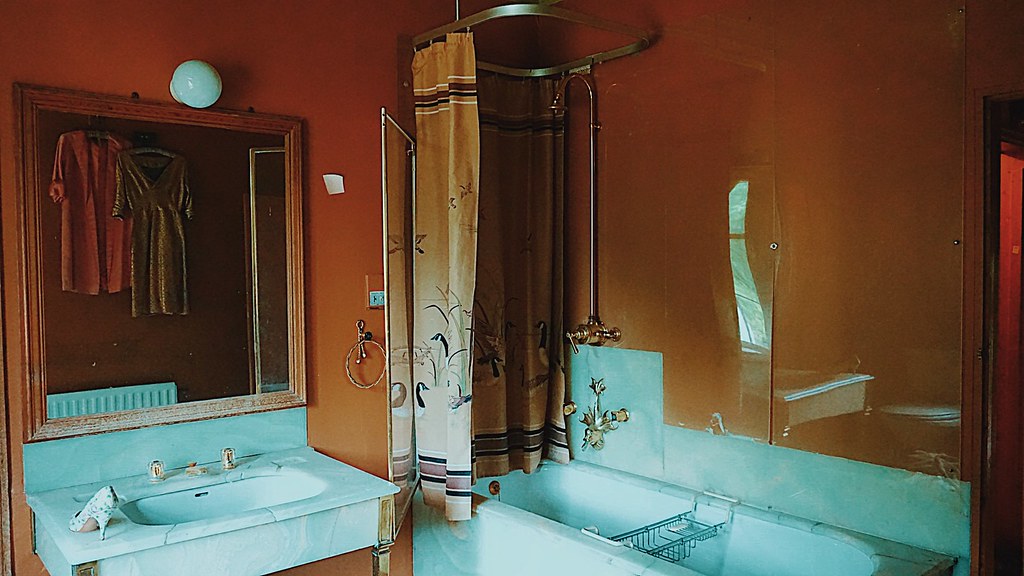 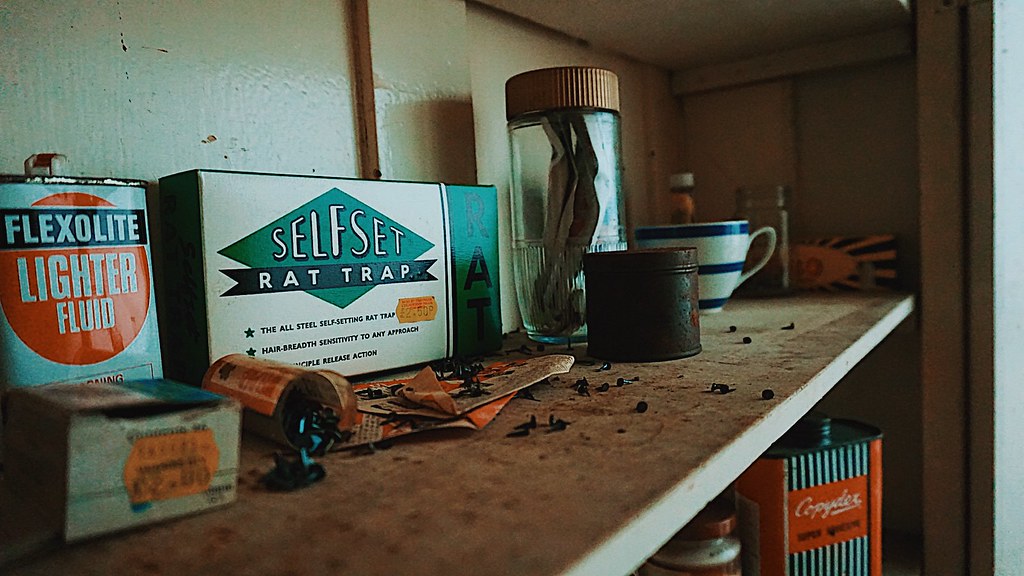 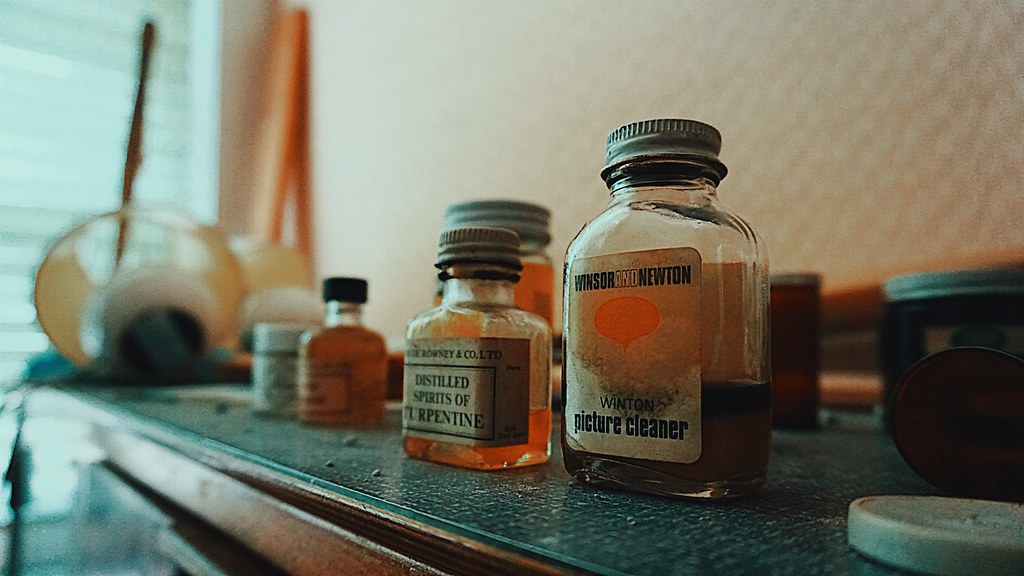 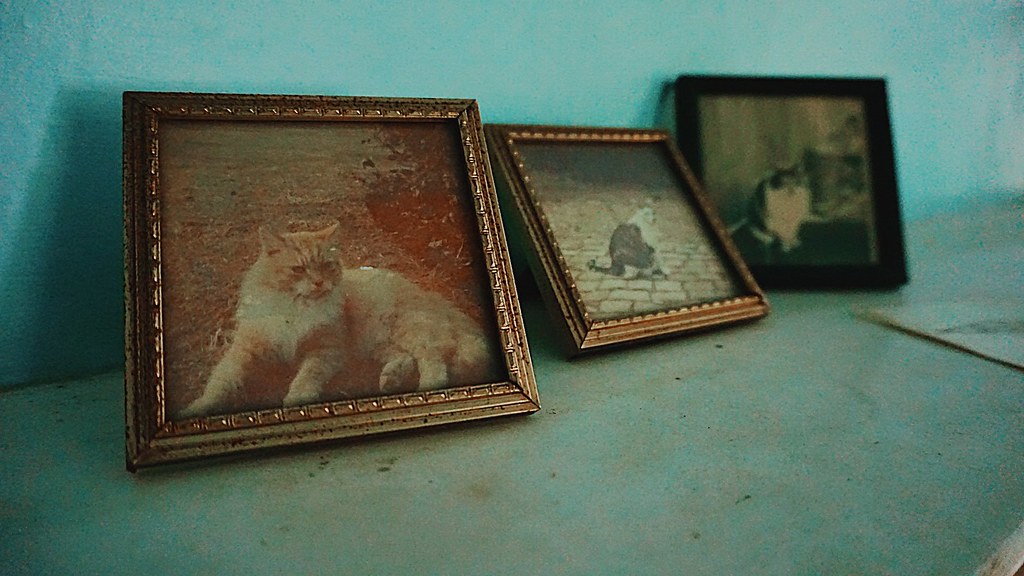 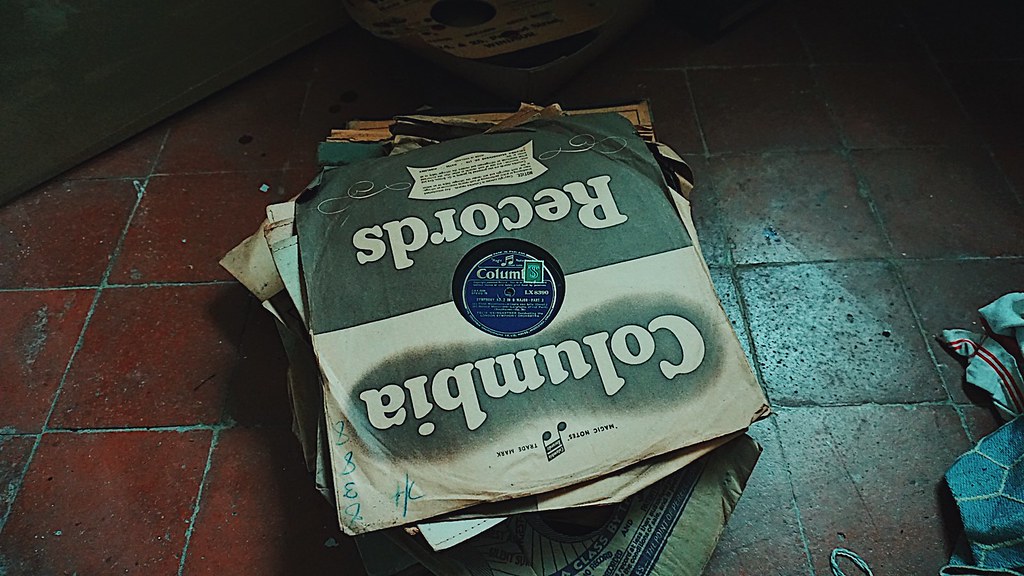 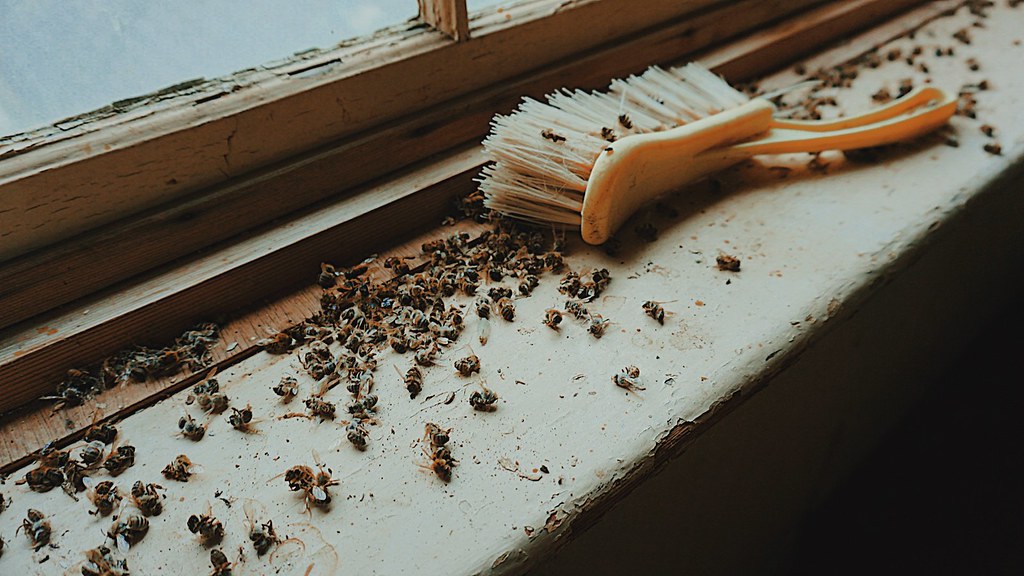 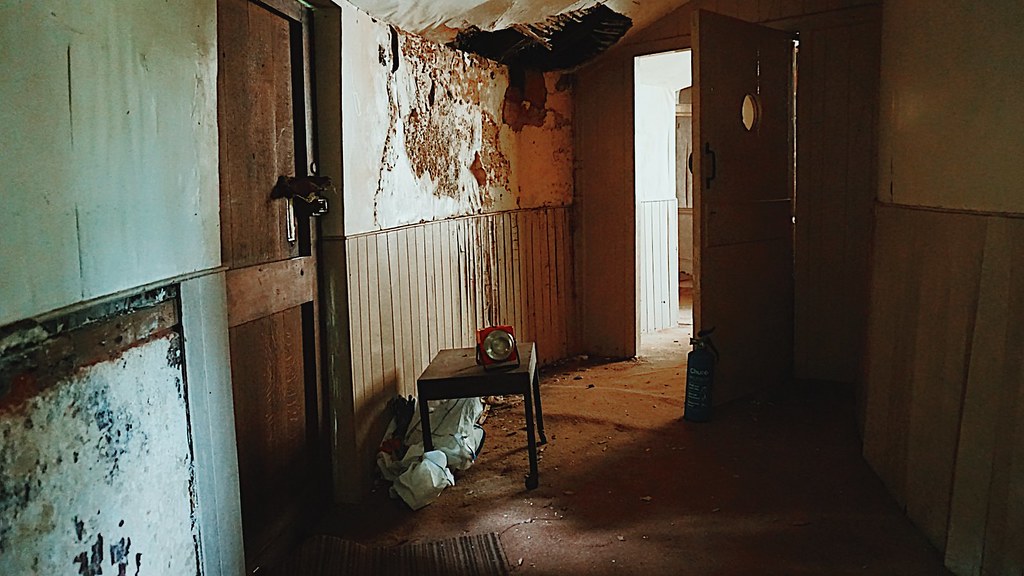 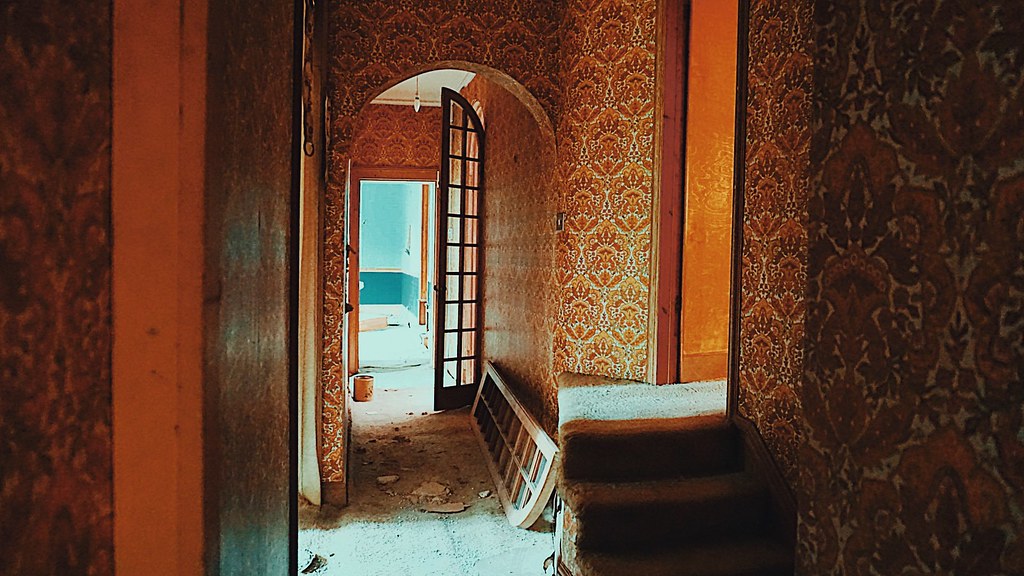 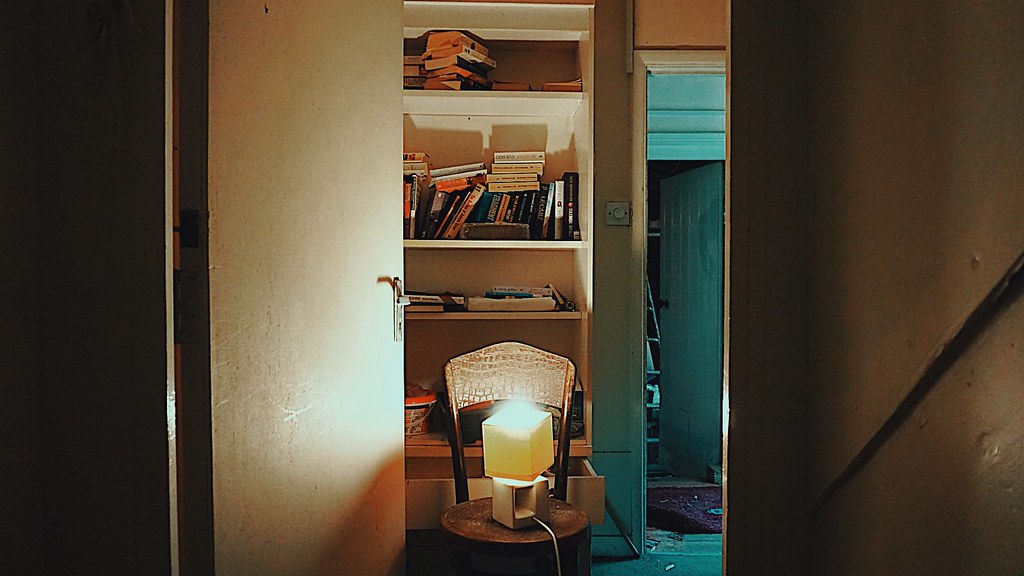 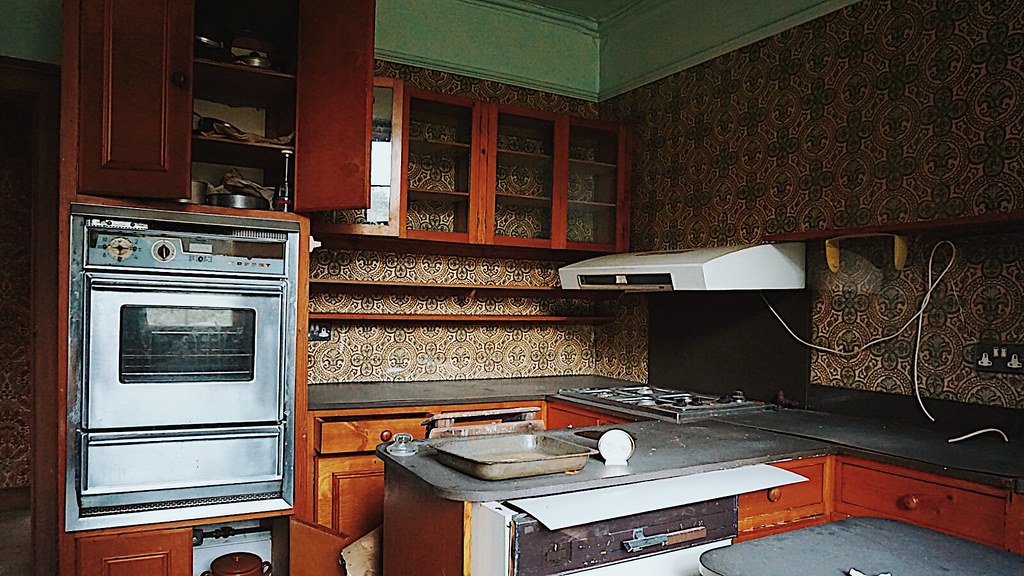 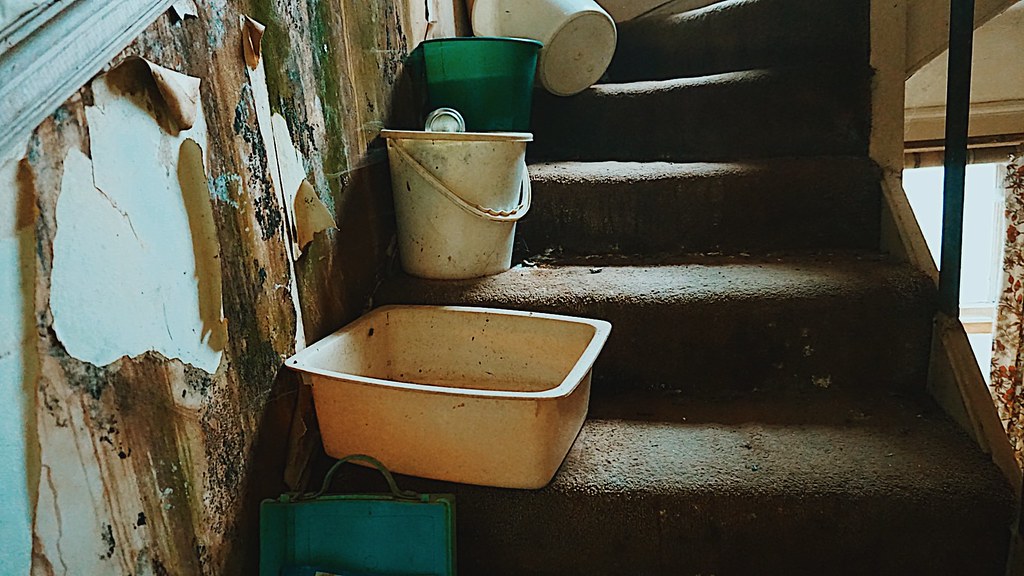 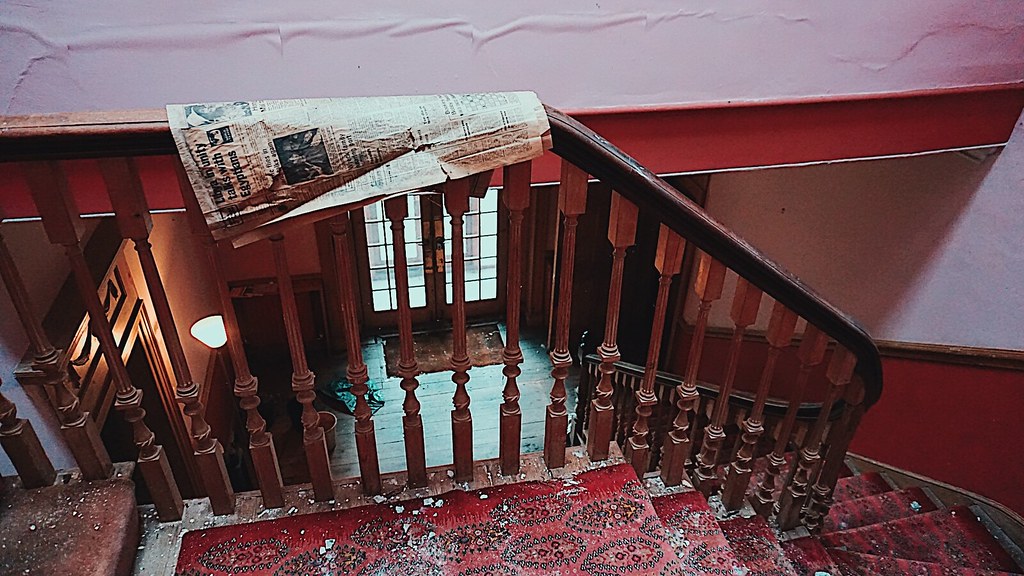 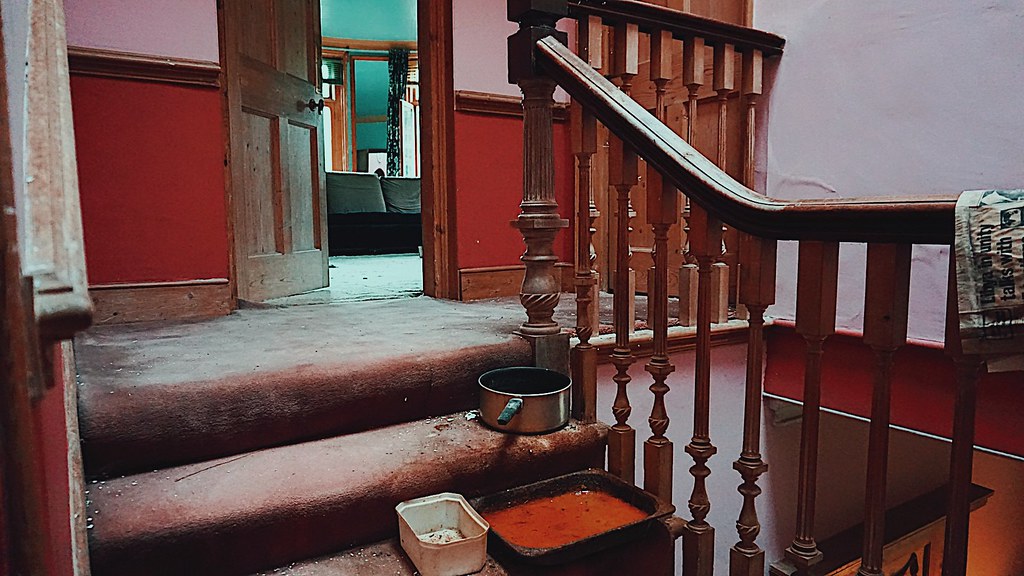 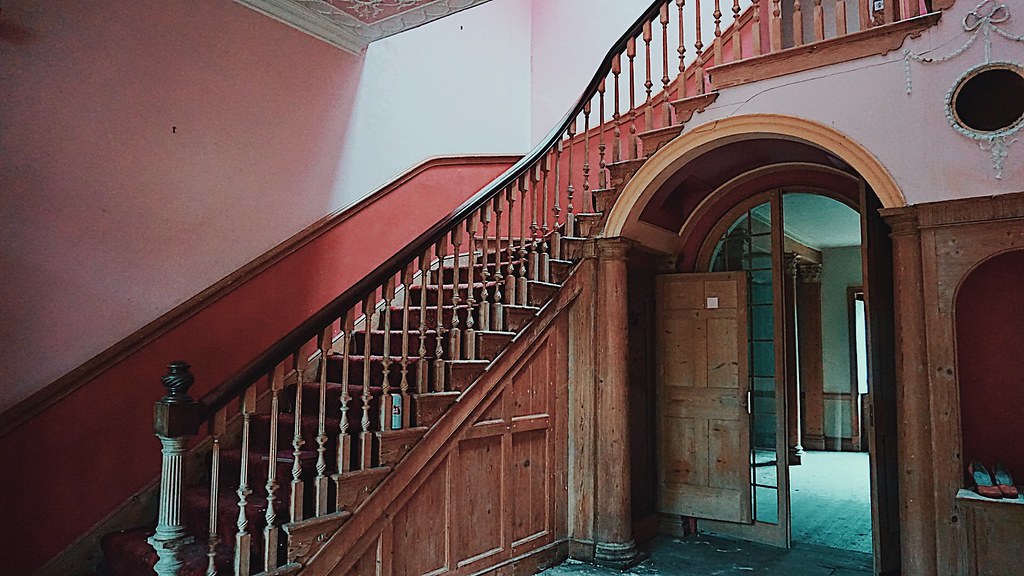 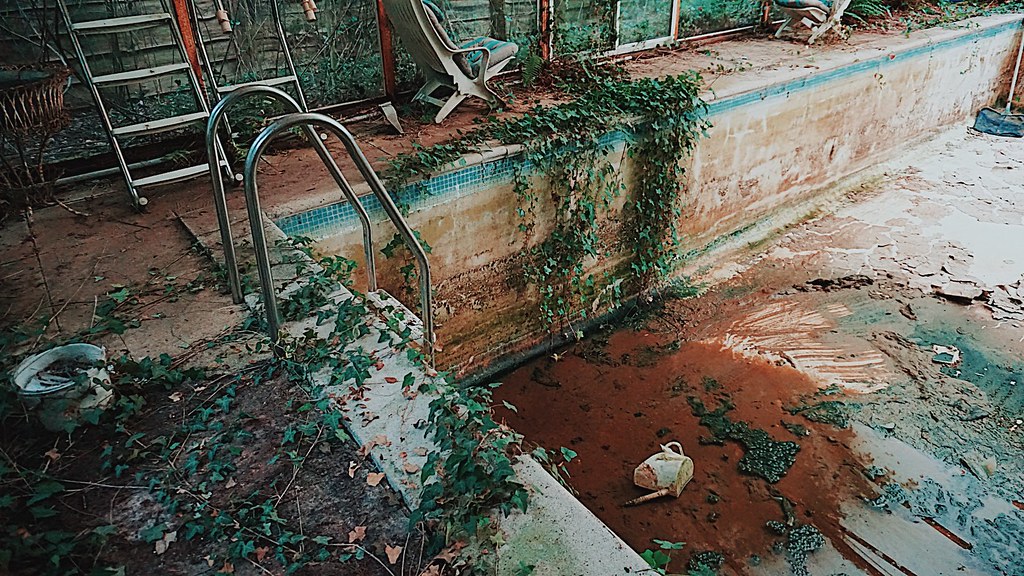