Regular User
1. The History
Six miles east of Rotherham, Maltby is a former mining town in the county of South Yorkshire. The former Grammar School, once known for its strict discipline and impressive clock tower was built in 1931 on the site of Rolleston Hall, officially opening on 16th April, 1932. The school’s moto was 'Per Laborem Ad Honorem' meaning “In his effort to honour”. After nearly four decades as a grammar school, it then merged with the adjacent Maltby Hall Secondary Modern School to become Maltby Comprehensive School. New buildings were added and although it re-opened as a comprehensive in October 1967, it wasn’t until 1974 that it became truly comprehensive and the former grammar students had left.

After a decade or two with business as usual, a couple of things in the noughties painted the school in a less than flattering light. The first were several years of underperformance as evidenced by unsatisfactory and inadequate Ofsted reviews of the school (2004 – unsatisfactory, 2006 – inadequate). Sandwiched in between these reports, in October 2007, Michael Swann, a science teacher at the school, was arrested and cautioned by police for possession of the wrong type of chemicals, i.e. crack cocaine. Despite being found guilty of unacceptable professional conduct in April 2009, he kept his job as the then Head Teacher considered him to be an “excellent role model”!

In January 2010, partially due to its poor performance, it was converted into a ‘sponsored’ academy and renamed “Maltby Academy”. A £10.9 Million investment plan ensued from the 'Building Schools for the Future' programme and new education facilities were built nearby, and gradually the Old Grammar School building fell out of use. After finally closing in 2012, Maltby Academy board directors looked to demolish the old building, including the clock tower, to make way for more newbuilds. Predictably, this was vehemently opposed by locals, and the plans were refused. Since then, the academy has been sealed up and left empty. On 9th February, 2017, a fire broke out at the school but fortunately three fire engines were in attendance and the fire quickly extinguished and minimal damage was caused. The school’s future now hangs in the balance.

2. The Explore
So, this place has been doing the rounds over lockdown, especially with all the YouTuber goons, so didn’t really know what to expect. Good to meet up with and explore with @Bikin Glynn again, after a long break. Entry was a little exposed but not too difficult to work out and achieve. Once in, it really is about the corridors. There’s a lot of empty rooms but still plenty of stuff so you don’t forget it was a school. After a good half-an-hour in there we decided to take out leave as the live part of the school is right next to the site and we didn’t want to out-stay our welcome. 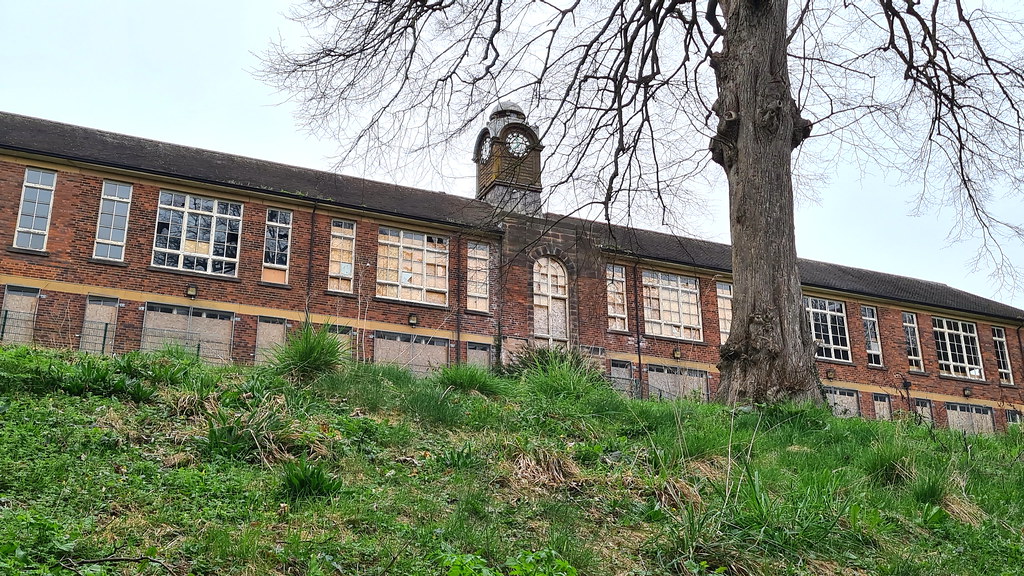 It really is all about the clock tower: 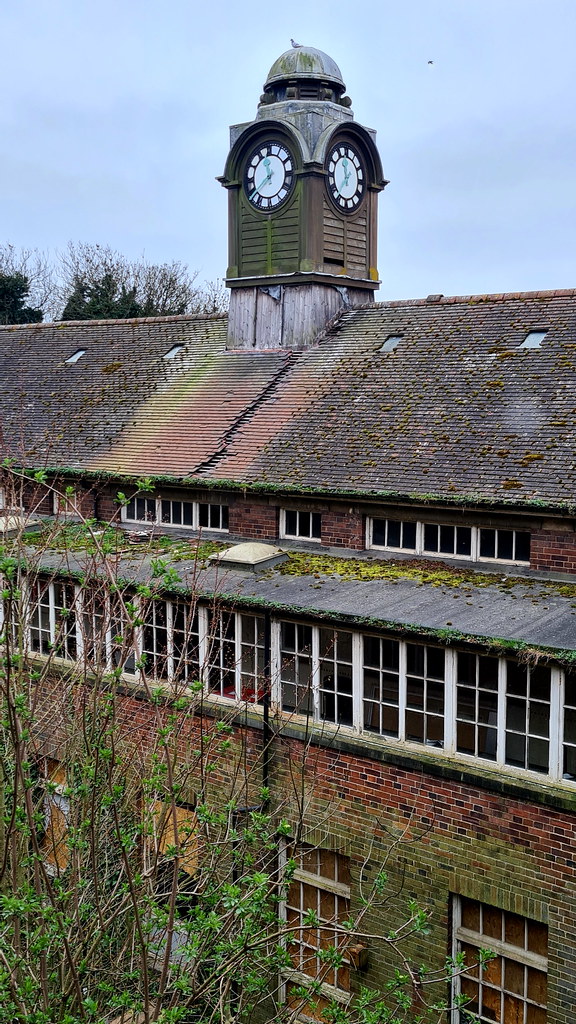 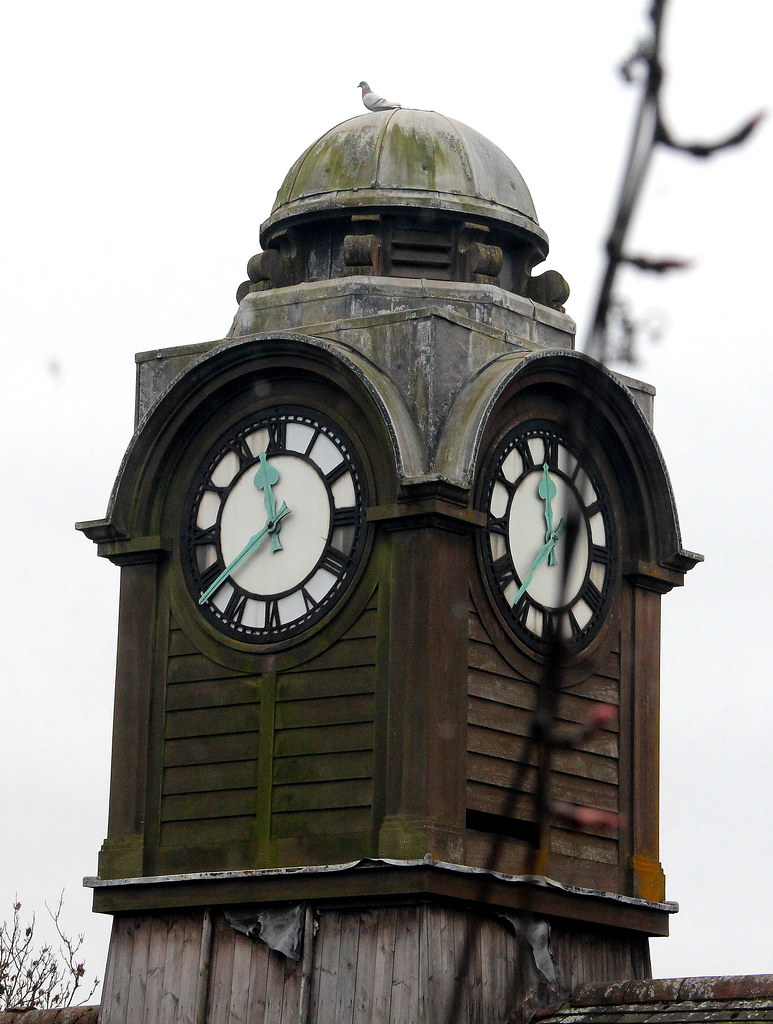 And the many corridors: 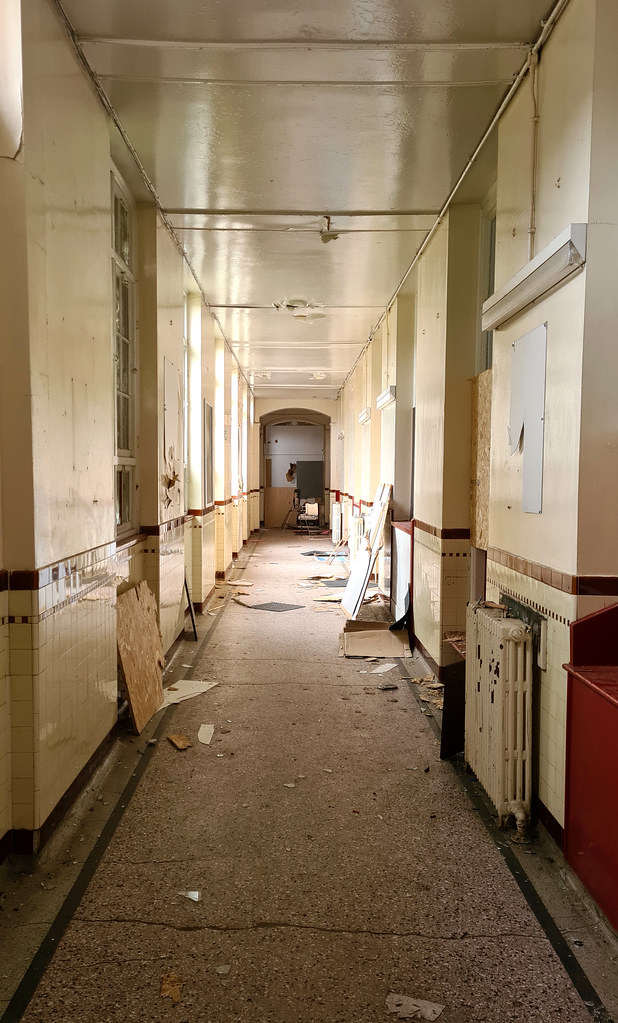 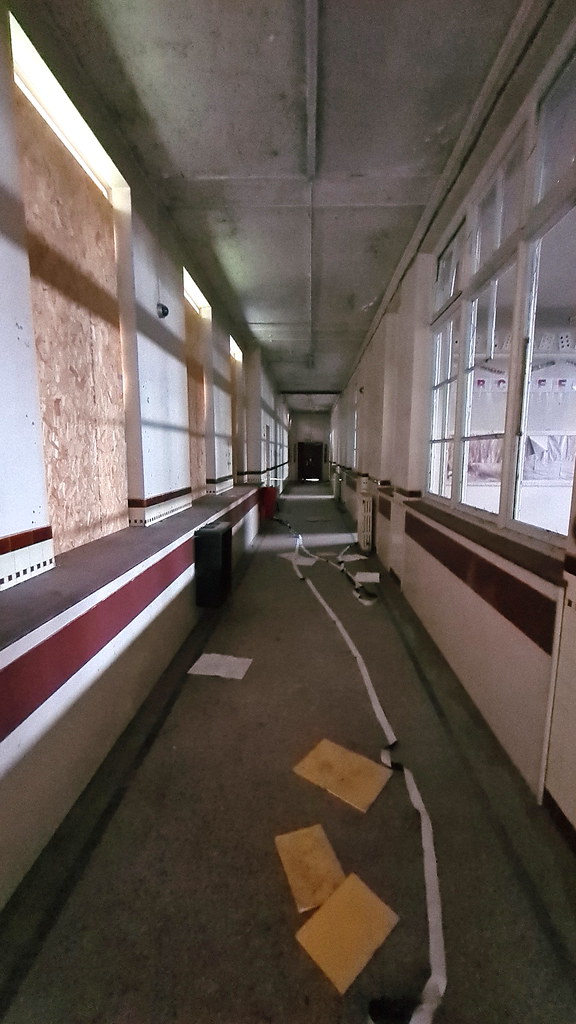 The staircases are worth a shot or three too: 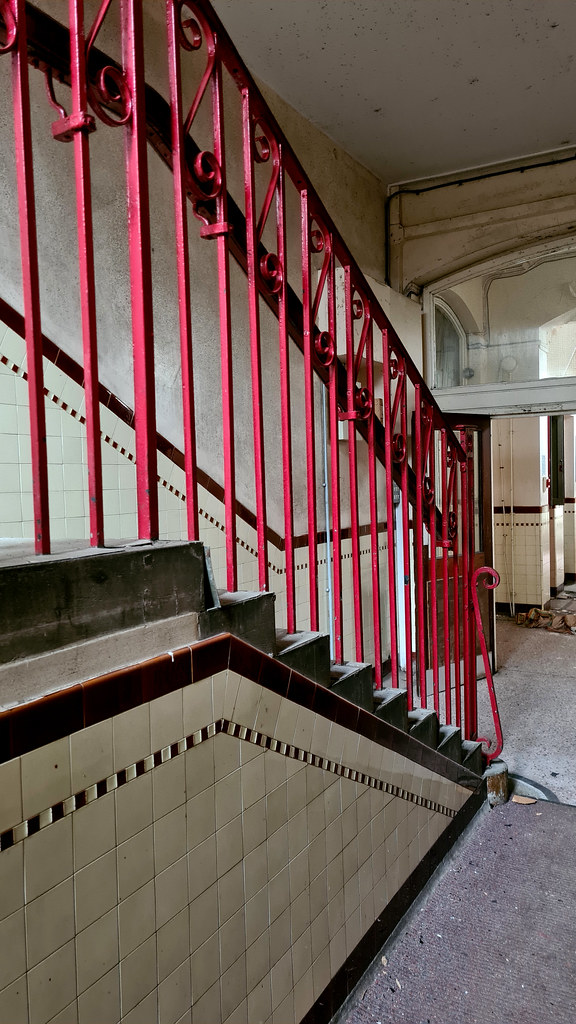 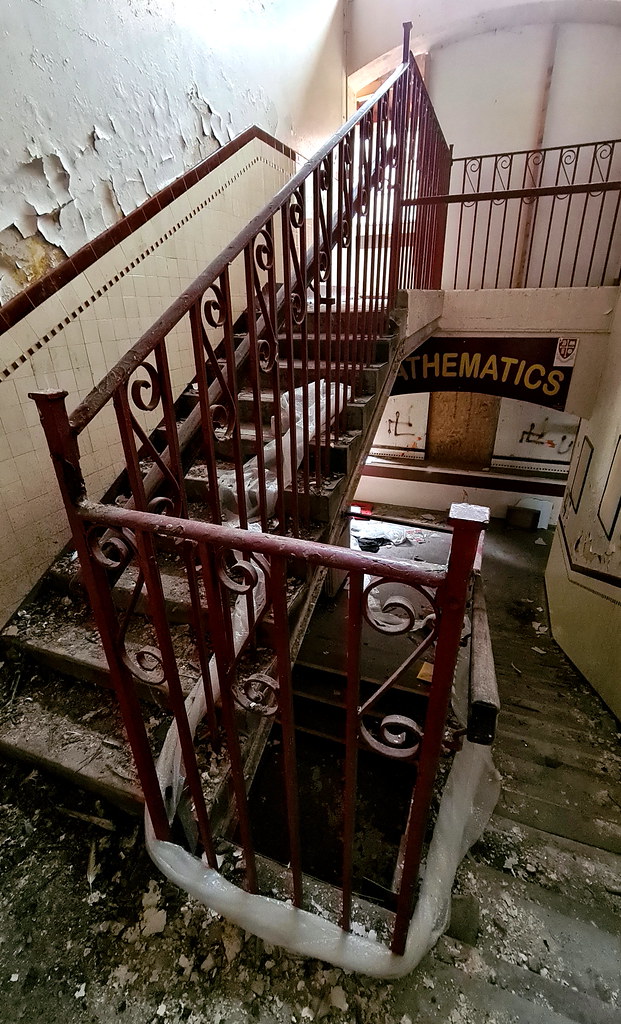 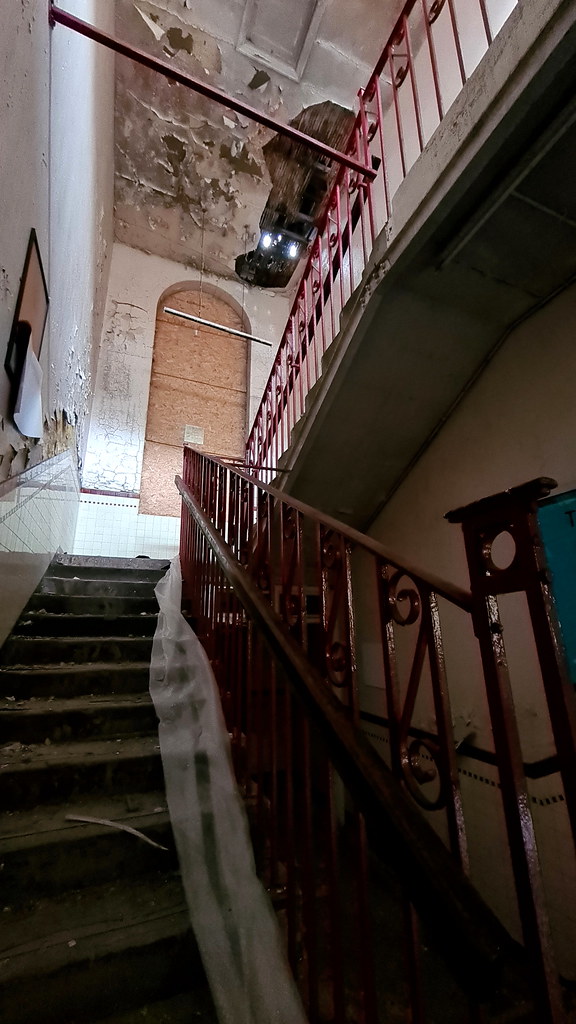 Maths, you know it adds up right? 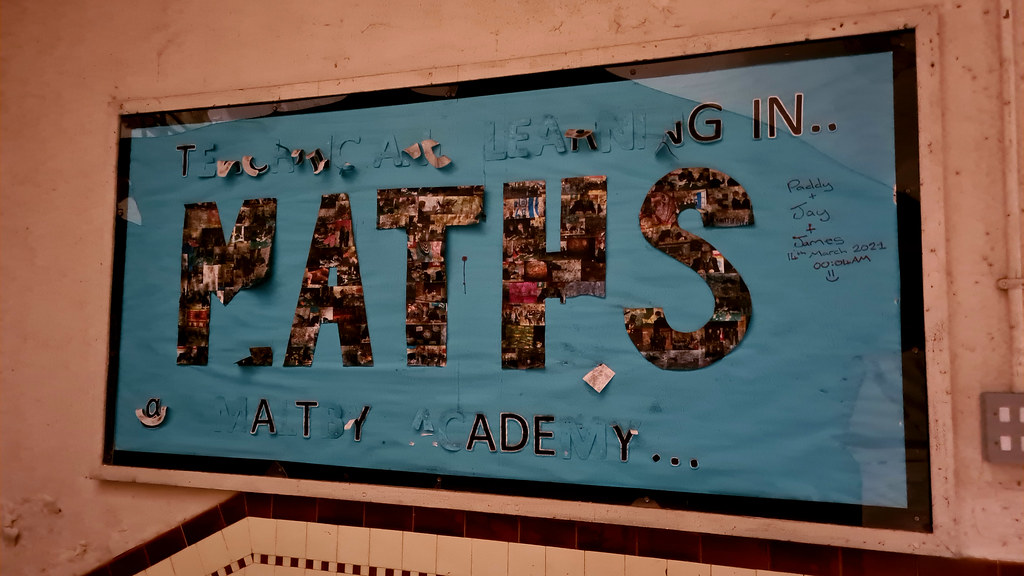 Some classrooms are pretty decayed: 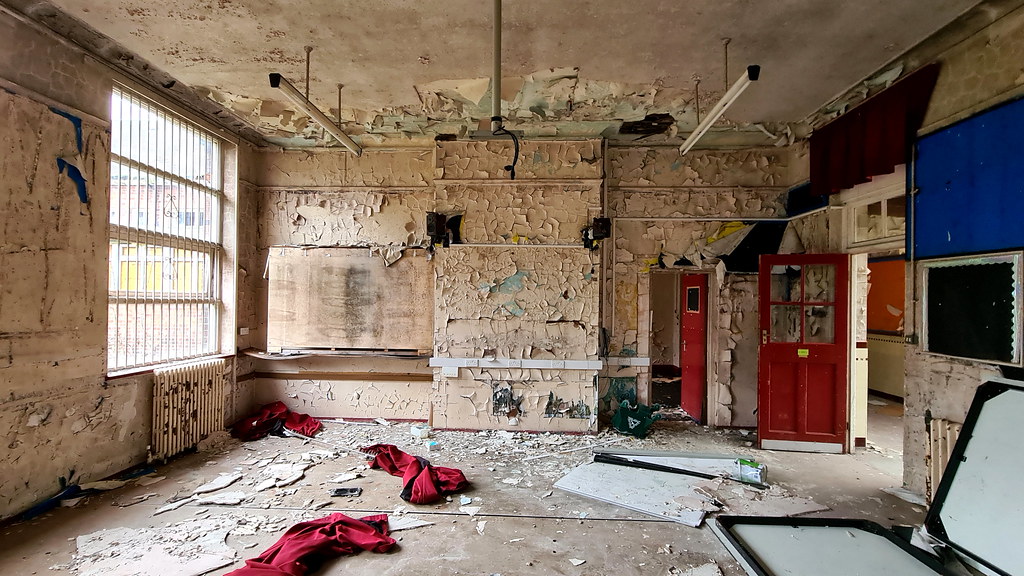 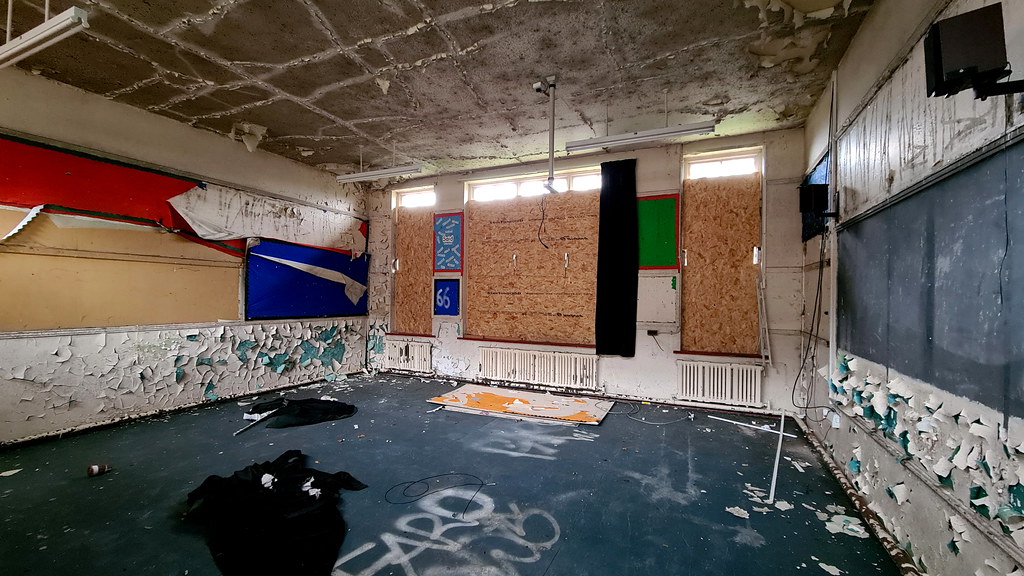 Others are in slightly better nick: 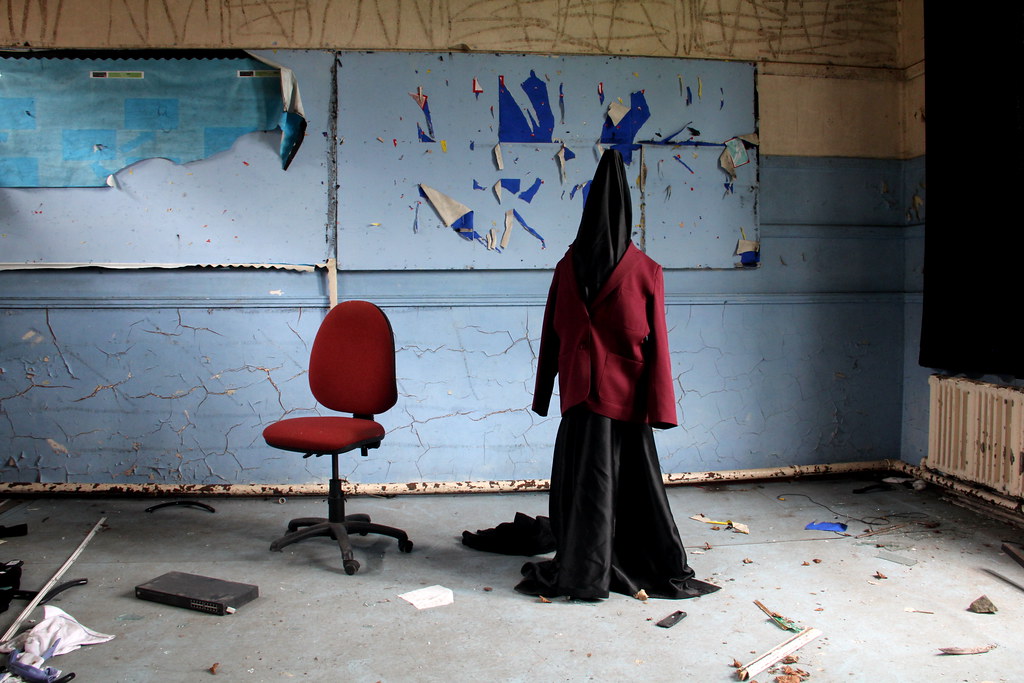 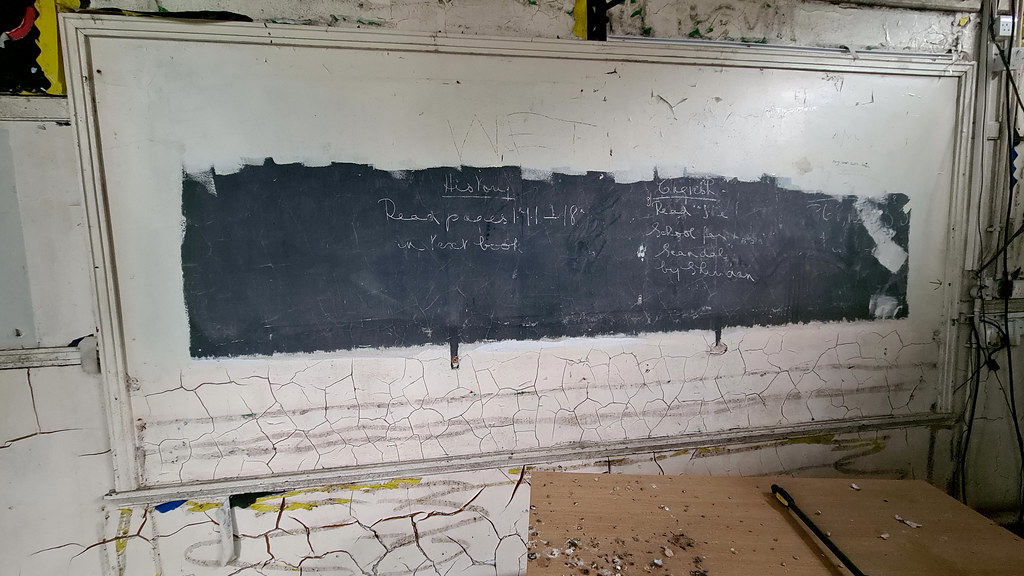 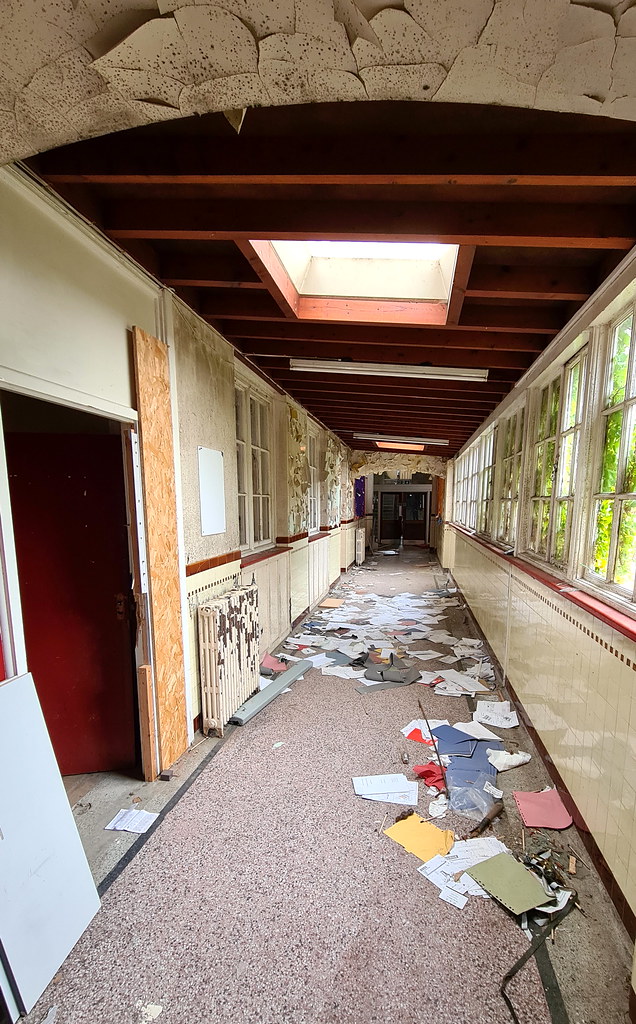 Virgin notebooks in a small storeroom: 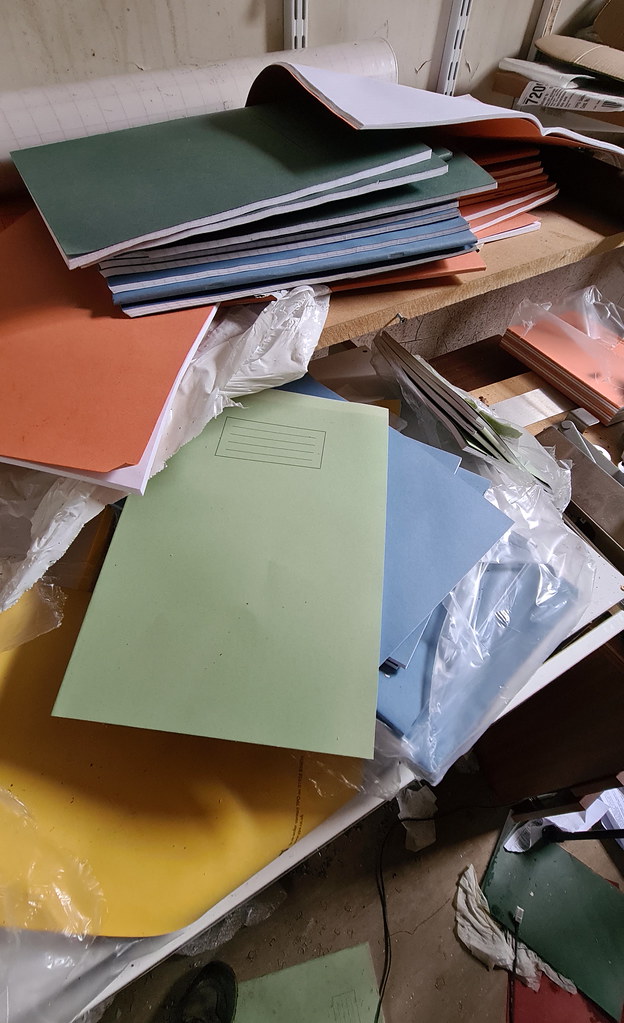 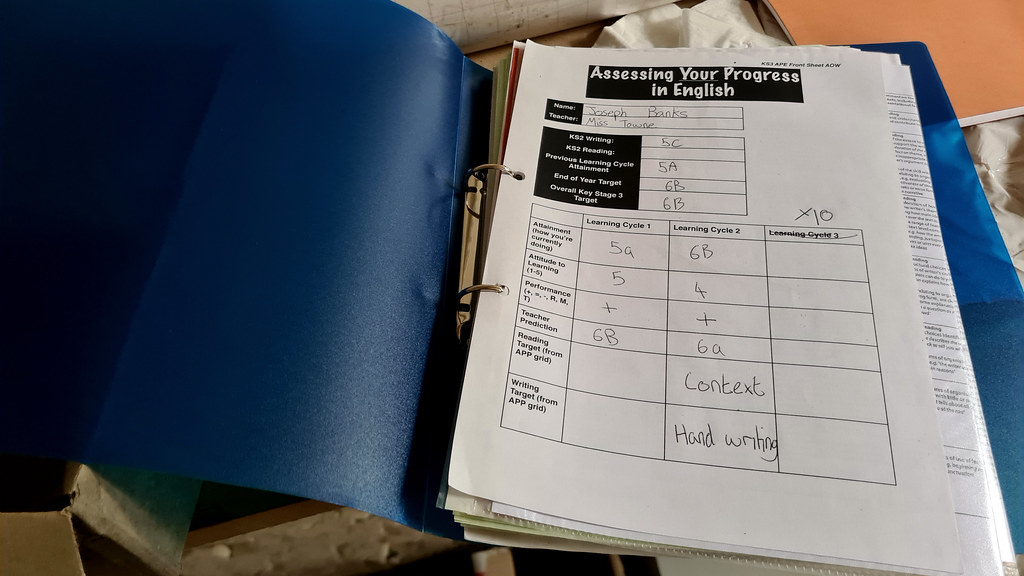 The toilet wing is really looking in a poor way: 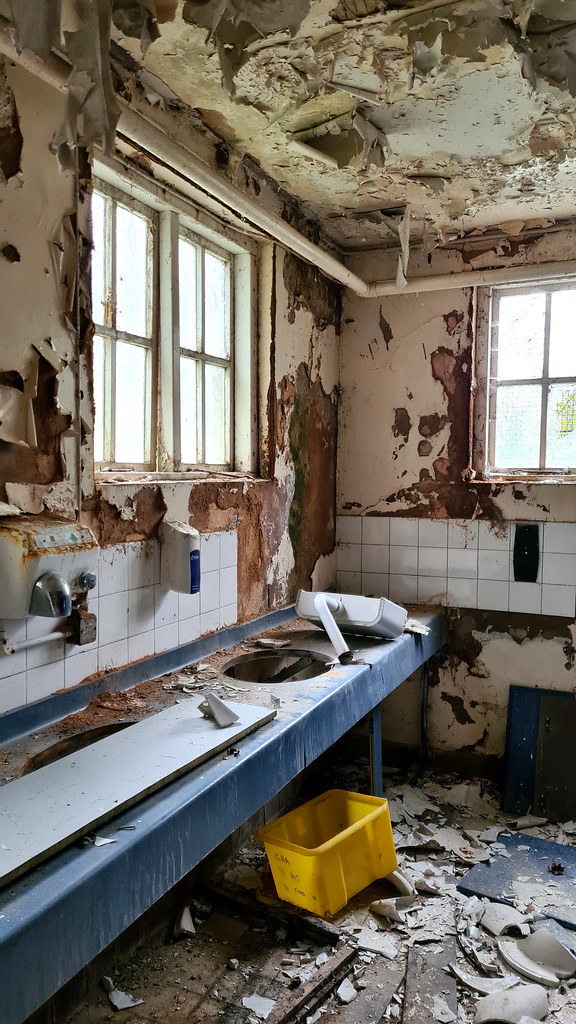 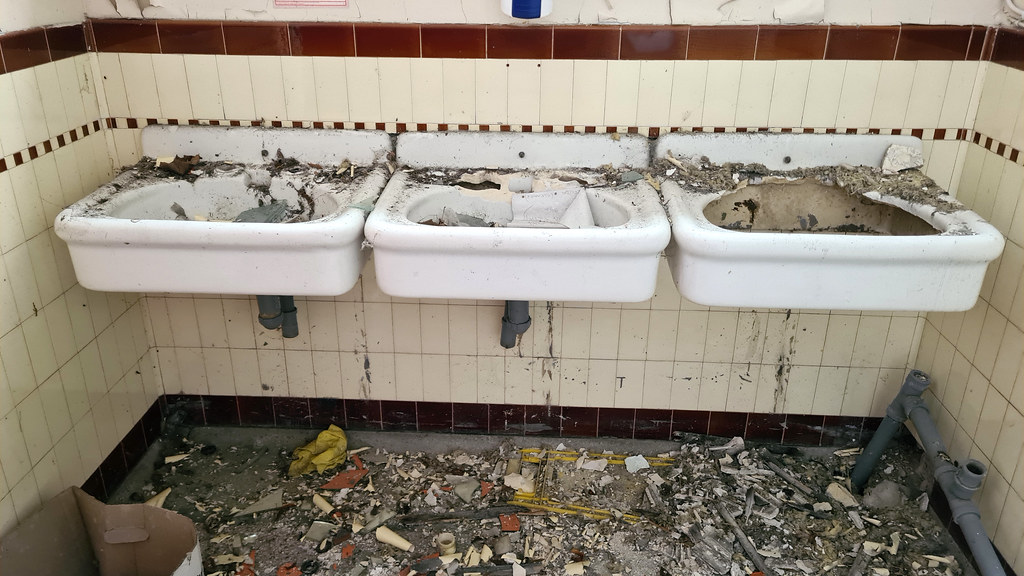 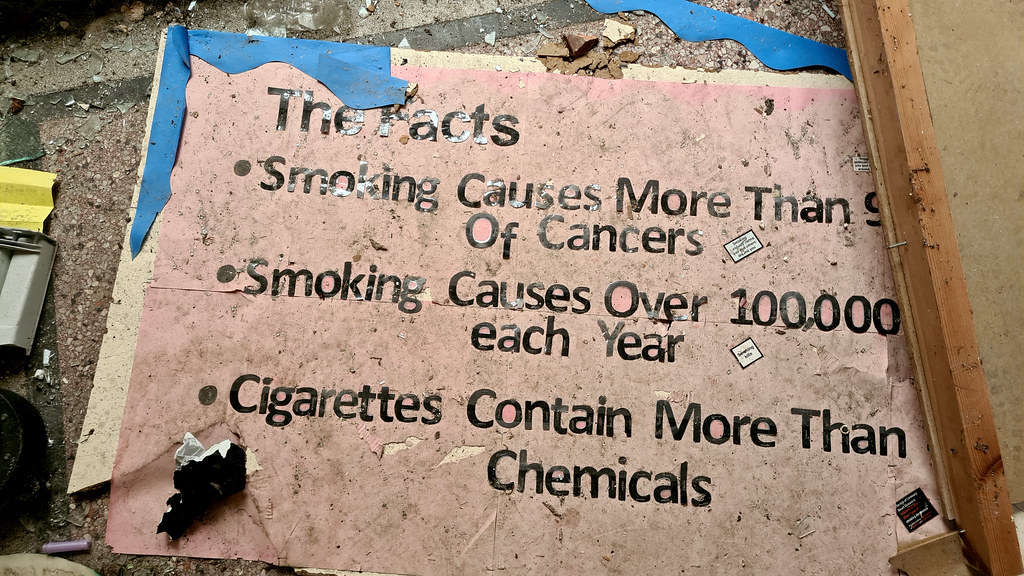 Other stuff strewn around the corridors: 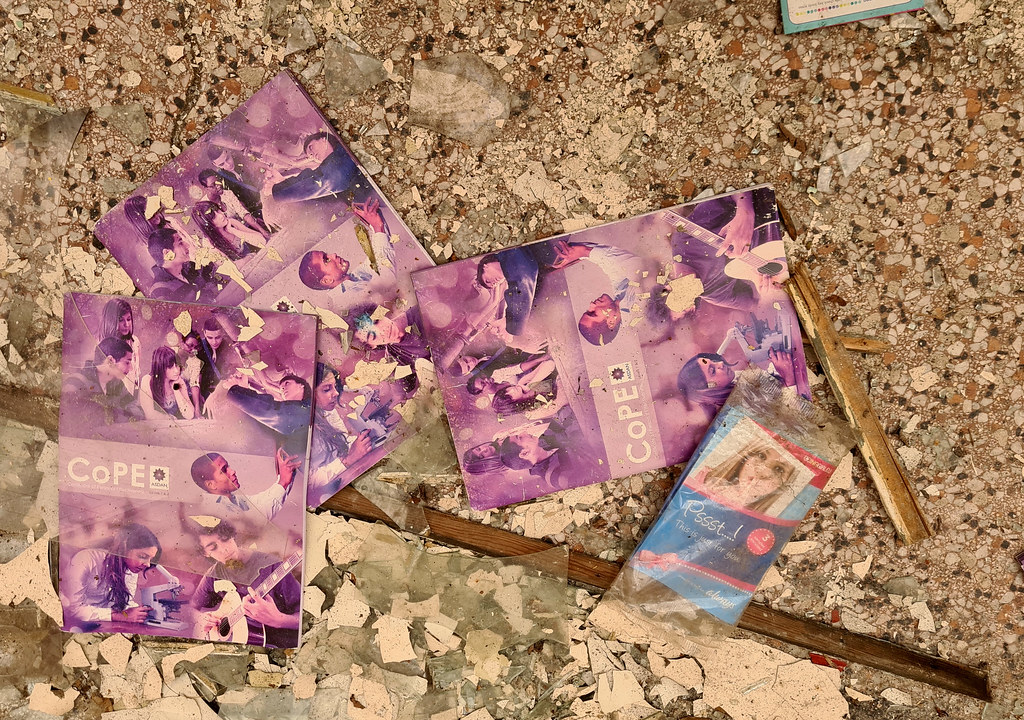 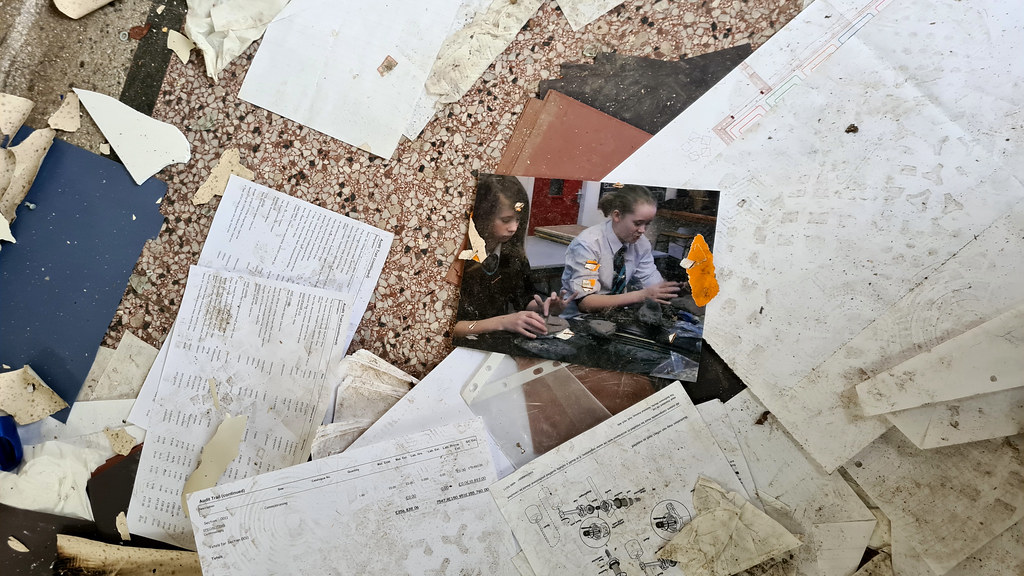 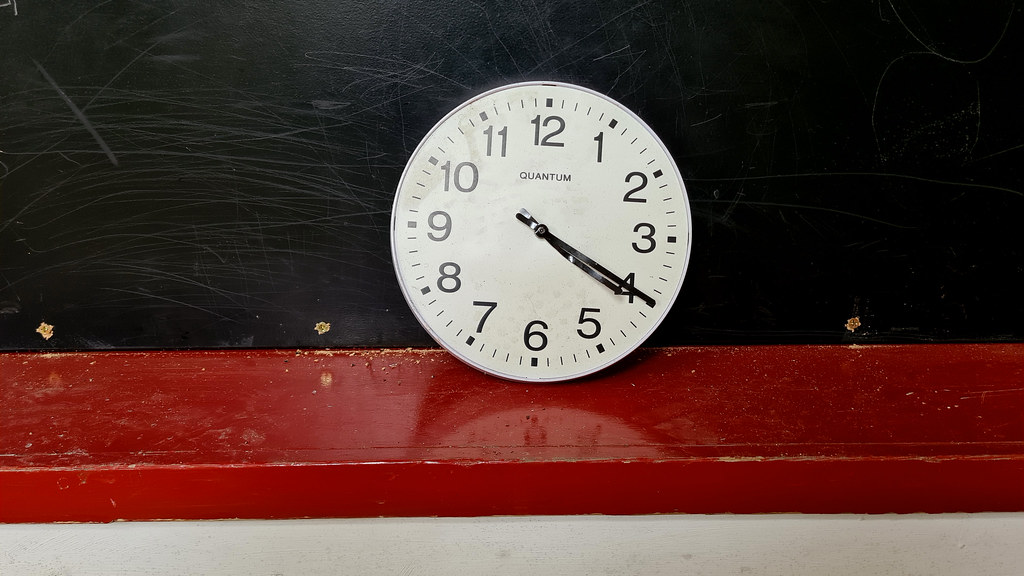 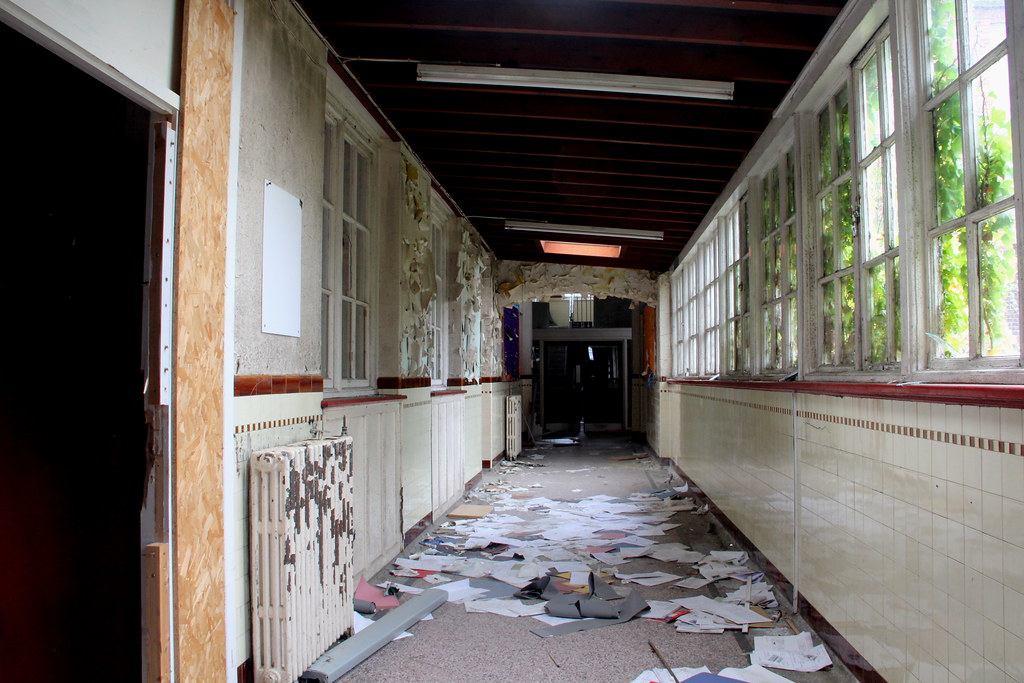 And finally, spotted this on the way out: 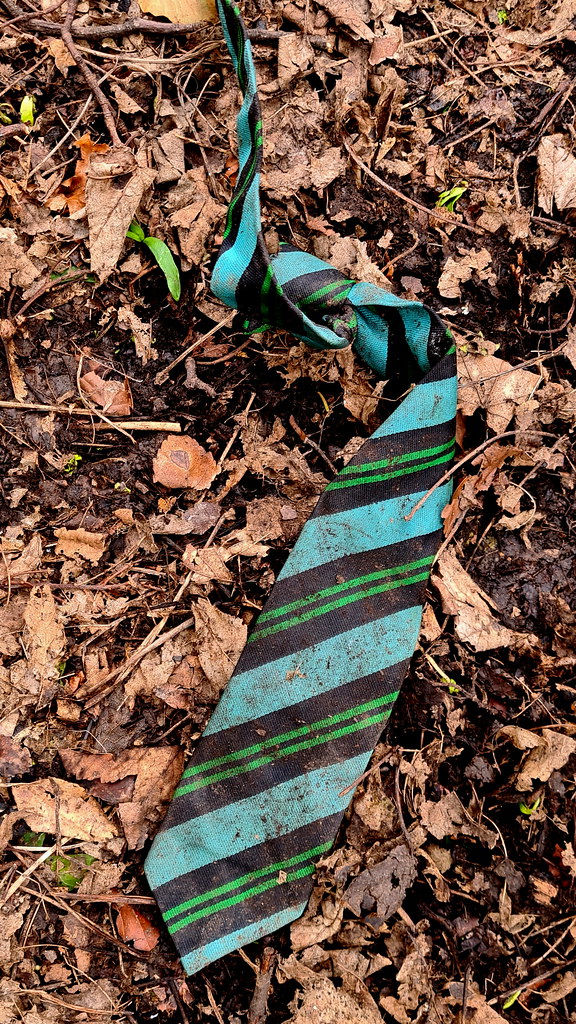 28DL Full Member
Lovely building, had this one pinned for a bit.
Great pics as always mate.

Regular User
Lovely set. I do like the tiles everywhere here. The old radiators & of course that fab clock tower. Nice explore

28DL Full Member
That staircase is so beautiful
Lg

MarkusCP87 said:
Lovely building, had this one pinned for a bit.
Great pics as always mate.
Click to expand...

Cheers mate. Much appreciated. Get yer sen over there!


Down and beyond said:
Love the clock tower ! Good report mate
Click to expand...

Much appreciated. The clock tower's a beaut so I hope it gets saved.


Calamity Jane said:
Lovely set. I do like the tiles everywhere here. The old radiators & of course that fab clock tower. Nice explore

Cheers @Calamity Jane Will be interesting to see which way this place goes.


Bando Exploration said:
That staircase is so beautiful
Click to expand...

There were a few of them. Really nice feature.

Regular User
Nicely done mate... how do u know them notebooks were from virgins though ;-)

28DL Full Member
Spot on that mate, nice one. Echoing what everyone has already said really; I've had it pinned myself for a while but never up that way of the world, but the corridors and clock tower are lush.
The secret impresses no one; the trick you use it for, is everything...
You must log in or register to reply here.
Share:
Facebook Twitter Reddit Pinterest Tumblr WhatsApp Email Link