Heading over to explore, we knew there was a building that was in use, so using our epic ninja skills we stealthed our way past unnoticed, before jungleering our way through the undergrowth to the first building.

As those of you who have already visited here, you will know it is the Kingdom of the Euro Mozzie! Now, these aren't just any old mosquitos these are armour-plated euro mozzies with razor-sharp fangs (or whatever it is they use to suck your blood and inject their venomous poison). Poor @Disco Kitten won the crown for the biggest and baddest bites, they did not just eat her, they feasted like kings.

It was them versus us and they had the bigger army. Our attempts at counter-attacking paled ridiculously in comparison to their attack, but we killed a few and were jubilant in our retreat. It did, however, mean we didn't see everything we wanted but we did see some.

It also isn't the place for short, shorts and apologies to Adam who was behind me when I climbed through the window, I'm still hoping Jobs shout of mind your eyes Adam saved him from any unpleasant sights! Another big thanks to @Bigjobs for catching me when I fell out of a different window whilst trying to turn round to get down If ever I lower my standards enough to have an "Exploring with..." page it would probably have to be "Exploring with the Incompetence" or "Exploring with flashers".

Anyway again I'm going to apologise about the quality or lack of in my photographs, this just wasn't my trip for decent pics and I have no one to blame but myself. But yeah I'm going to subject you to them anyway lol.

The original Vecelli asylum existed in the 1900s and by the end of 1874, it was one of four public asylums in Piedmont and housed 49 patients.

A new complex was designed by Ing. Luigi Martina and was built on specially acquired land. The new hospital was completed in 1937. It was one of the largest psychiatric hospitals in Italy, covering an area of 28 hectares and was served by a special station on the Vercelli-Trino tramway.

At the end of World War 2 on the 13 May 1945, it was the scene of a massacre, this was an execution of a group of soldiers from the Italian Social Republic by some partisans of the 182nd Garibaldi "Pietro Camana" Brigade. The number executed varies between 51 and 65 depending on sources.

The hospital remained active until 1978 when the Basaglia law came into force which closed psychiatric hospitals. The Basaglia law was introduced by Franco Basaglia, inspired by the ideas of American psychiatrist Thomas Szasz, he undertook the task of reforming the organisation of the hospital and territorial psychiatrist assistance by proposing an overcoming of the Lunatic Asylum logic.

Franco Basaglia said in an interview with by Maurizio Costanzo:

"It is not so important the fact that in the future there are or not asylums and closed clinics, it is important that we have now proved that we can do otherwise, now we know that there is another way of dealing with the issue; even without compulsion. " ( Franco Basaglia )

This became Law 180 and is the first and only framework law that imposed the closure of asylums and regulated medical treatment and established public mental health services. This has made Italy the first (and up to 2017) the only country in the world to abolish psychiatric hospitals.

The hospital, however, remained in use until 1991 before it was definitively abandoned when the new Vercelli hospital (S. Andrea) was inaugurated.

The complex includes 20 pavilions and in the centre stands a small church, still with some ruined frescoes. The "Carlo Forlanini" pavilion is located in the western area and there are the patients' lodgings, where (those with more serious problems) were closed in very small rooms, and also the underground areas where treatment by electroshock apparently took place.

The other departments were mostly used for the rehabilitation of patients (also with experimental methods, some now considered inhumane) and there was an auditorium (and theater), a gym, a children's area and a reception area for patients' family members.

Within these pavilions, there are still records (of patients' entry, exit and death), newspapers, electronic equipment (computers and televisions), dishes, other household objects and psychiatry books.

Only one department is currently occupied by ARPA offices. 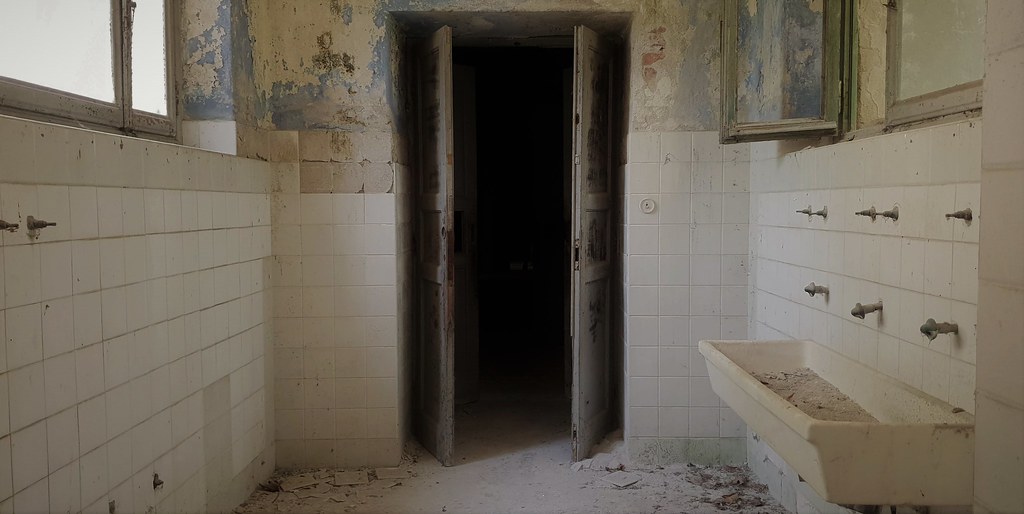 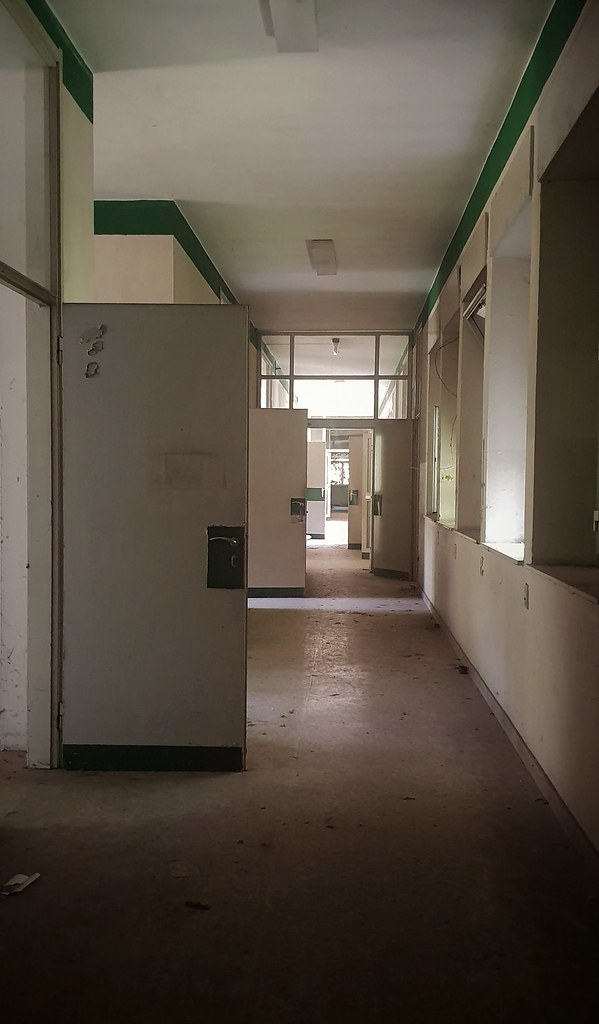 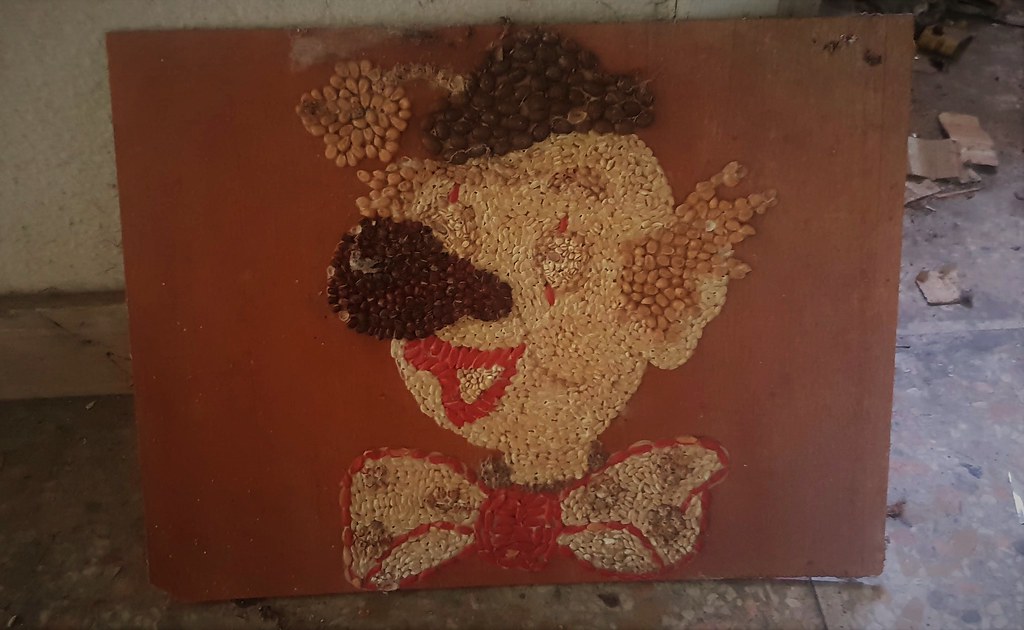 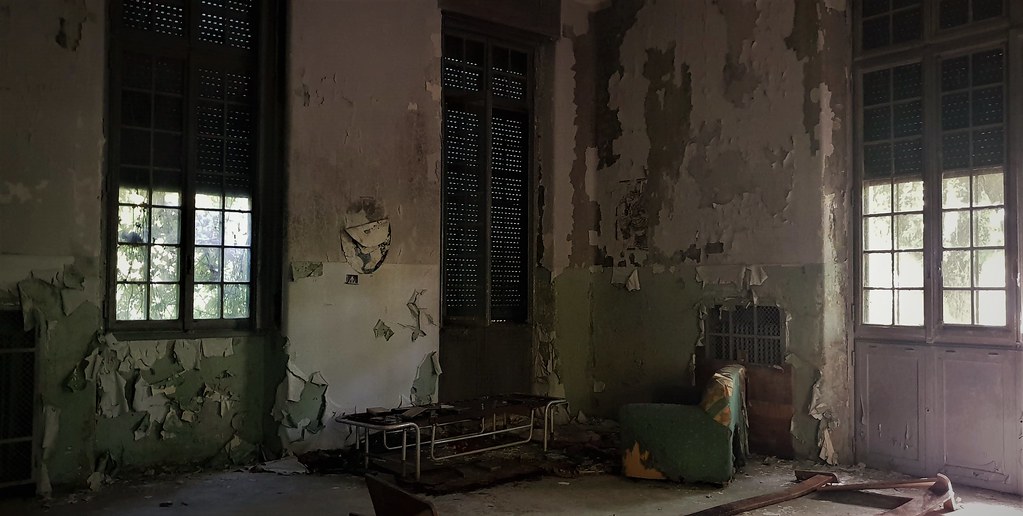 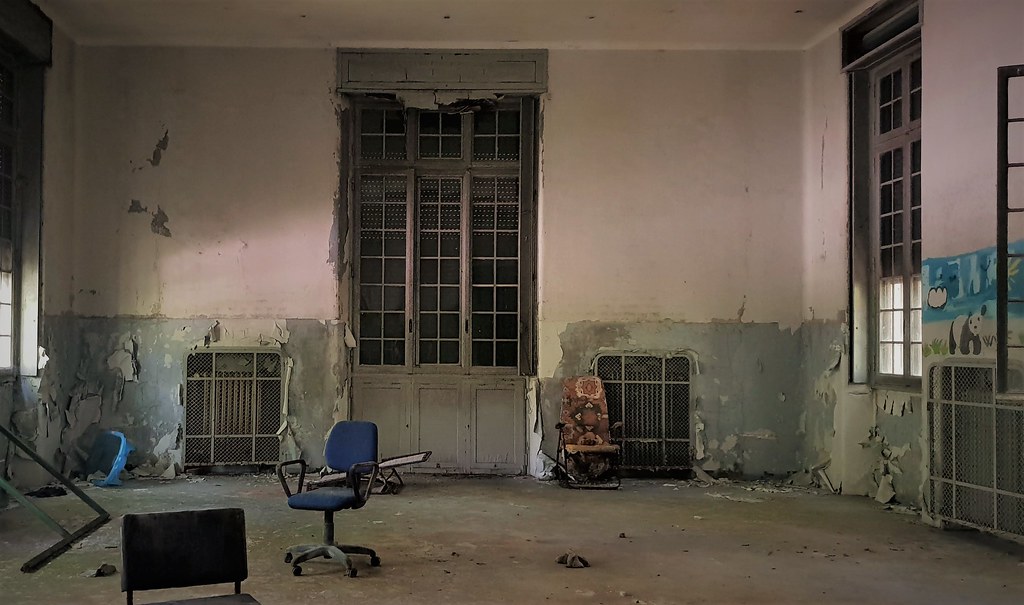 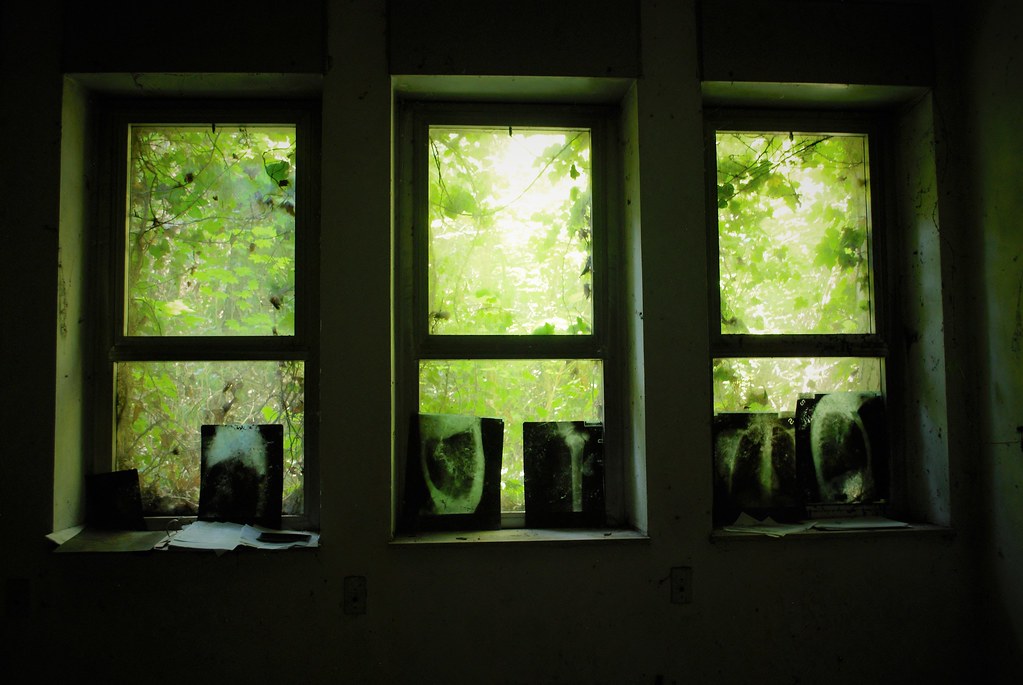 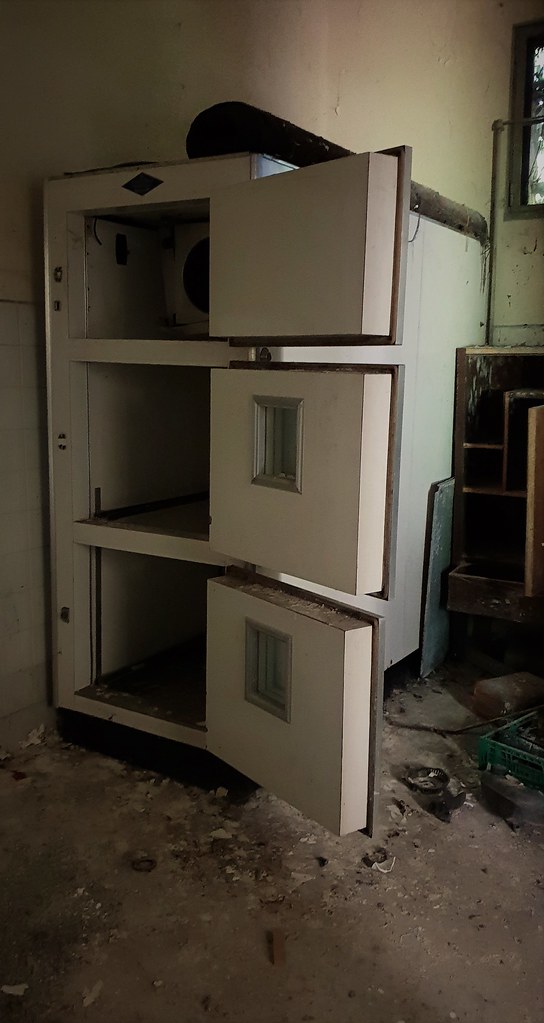