Regular User
1. The History
Mayfield House is in Portlaw, County Waterford, Ireland. It was built in the early 1740s. It became known as the family home of the Malcolmson’s, local Corn and Cotton Magnates. The story starts with Joseph Malcolmson (d. 1774), one of two sons of a Scottish Presbyterian linen weaver. He had no fewer than eleven children with his Quaker wife, Rachel. One of their sons, David, went on to be extremely successful and a career that saw him founding the family fortune via the corn, and later, cotton trade. David settled nearby in Clonmel, County Tipperary where, from 1793 onwards, he became involved in the corn milling industry. In 1825 he took out a 999-year lease on Mayfield house, along with a 16-acre plot of land adjacent to the house, from a local landlord. The small, fire-damaged cotton mill that stood on the land was demolished and redeveloped into a vast, six-storey cotton mill, along with a canal to utilise the power of the adjacent River Clodiagh. The new mill required many more workers and this demand for labour saw the village of Portlaw expand from around 400 residents circa 1825 to over 3,500 by 1841.

Sadly in 1846 and 1847 tragedy struck the family when two of David's grandchildren fell ill and died, most likely from Scarlet Fever. This led to their father Joseph (the eldest of his three sons) to hire architect William Tinsley to make improves to Mayfield House turning it into a mansion fit for the successful entrepreneurs they were. It was Tinsley who re-modelled the exterior of the house, giving it its distinctive Italianate style. This, however, did not satisfy Malcolmson. In 1857, he further improved the building through John Skipton Mulvany by including two single-storey-over-basement wings, a conservatory to the south and the three-storey tower, all enhancing the apparent Italianate style that Tinsley gave the house. The building also has a Georgian feel to it, may be to keep an aspect of the original building alive. Post-Muvany's work, there have been no further adaptations to Mayfield House.

Two pictures of the house in its prime back in 1900 - one external elevation and one interior picture of the dining room: 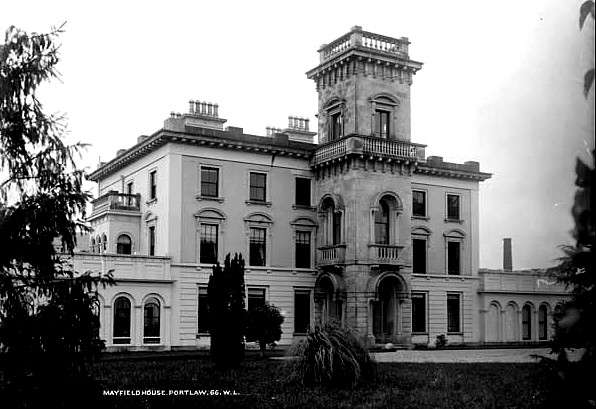 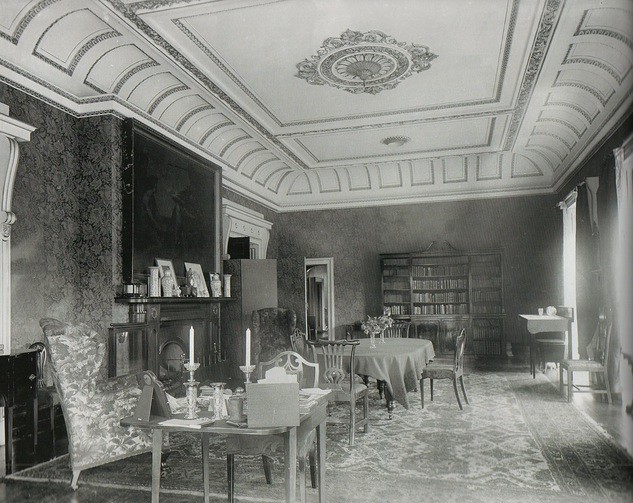 In the 1870s the factory was adapted for spinning and it continued in this line of usage until the early 1930s when it was again repurposed, this time as a tannery, under the ownership of the Irish Leathers Group. Mayfield House had been occupied by members of the de la Poer Beresford family (of Curraghmore) but became office premises for the Irish Leathers Group for the next half century. When the tannery closed in the 1985, Mayfield house was rendered surplus to requirements. A few years later a proposal was tabled to convert both factory and the house into a retirement home, but the scheme never took off.

Hence for the last thirty years Mayfield has stood empty and slipped into its present state of dereliction. Almost nothing of the original mid-Victorian interiors now remain bar fragments of plasterwork and rotting timbers, although the exterior of the building still retains some resemblance to the archive photograph above. The future thus looks pretty bleak for this lovely Italianate style mansion as it slowly crumbles away.

2. The Explore
The very first explore of the New Year and decade. A morning urbex excursion while my family slept. I was a little bit limited, explore-wise, in Ireland as it was getting light relatively late (circa 8.40am) plus the weather was very overcast with heavy cloud cover. Having made the 50-or-so minute drive from where we were staying and parked up, it was a very easy in and peaceful explore. Just the sound of dog walkers and their dogs on the opposite side of the wall running around the site to serve as a distraction. Next to Mayfield House is the old corn mill/cotton mill/tannery but that deserves a report in its own right and will feature later.

The house is well gone these days and has been reduced to a shell now. Not the most mind-blowing explore to open the new decade with but still worthy of half-an-hour of your time if you are in the area purely on the basis of its external aesthetics. 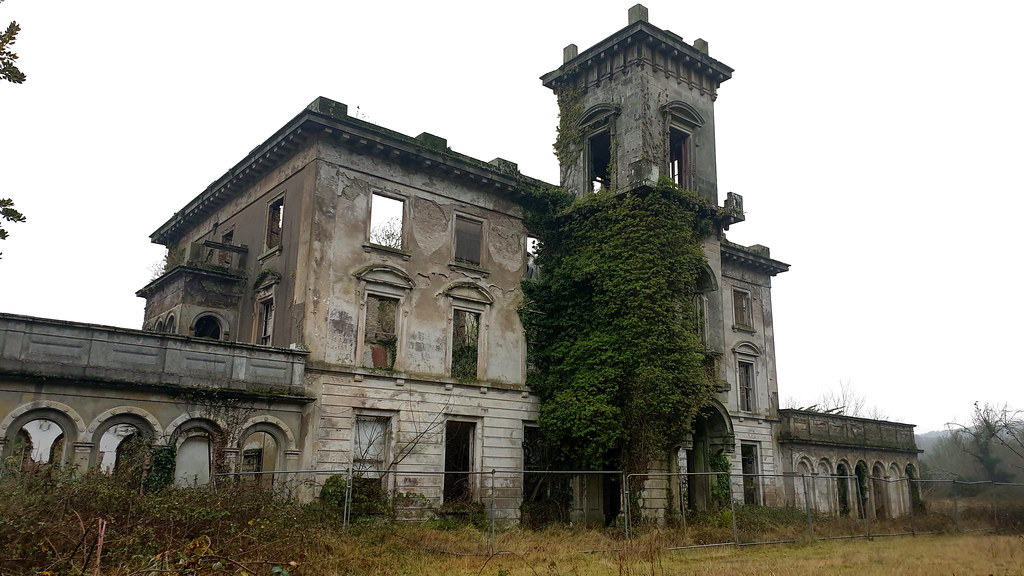 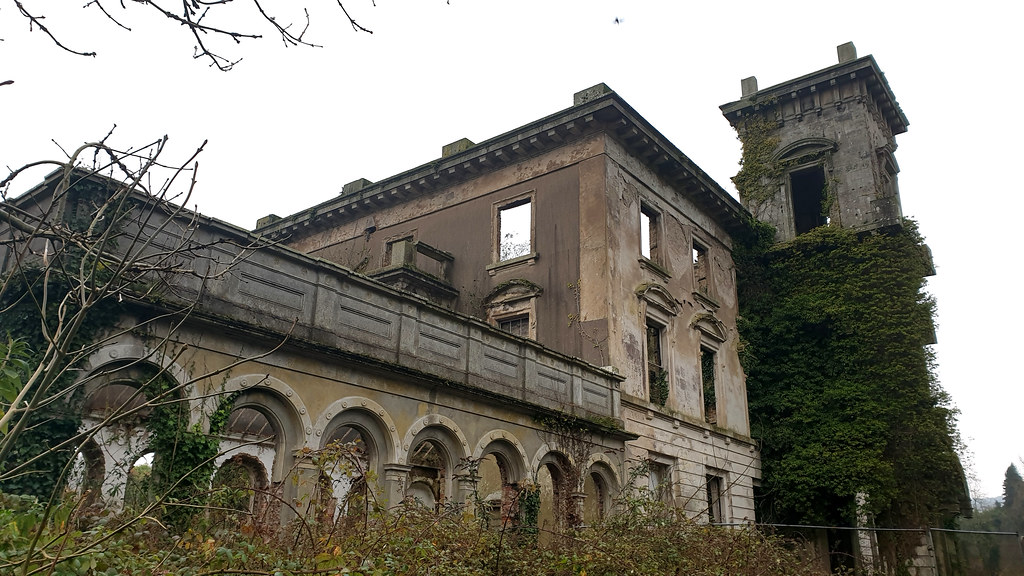 The best bit is the three-storey tower: 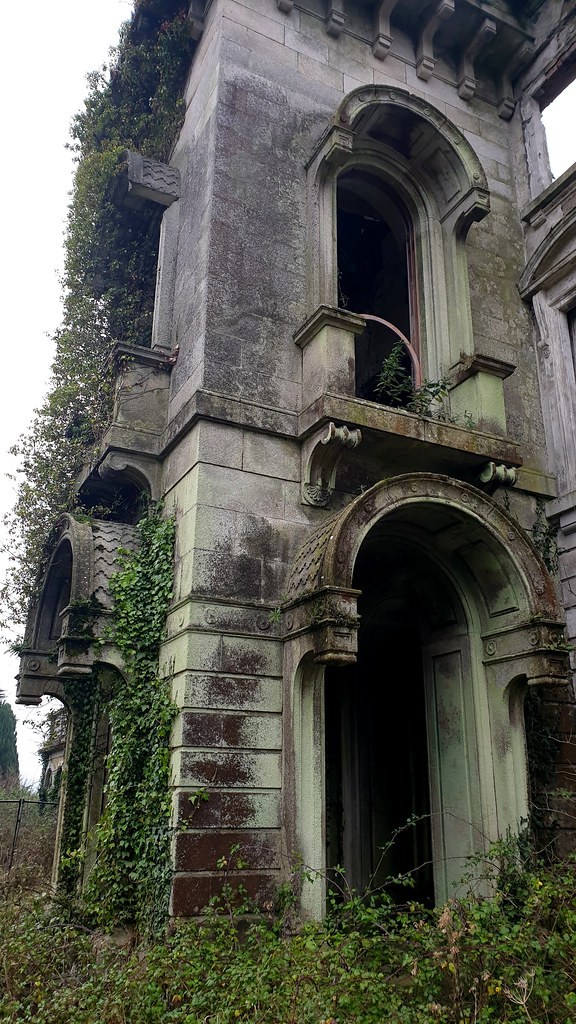 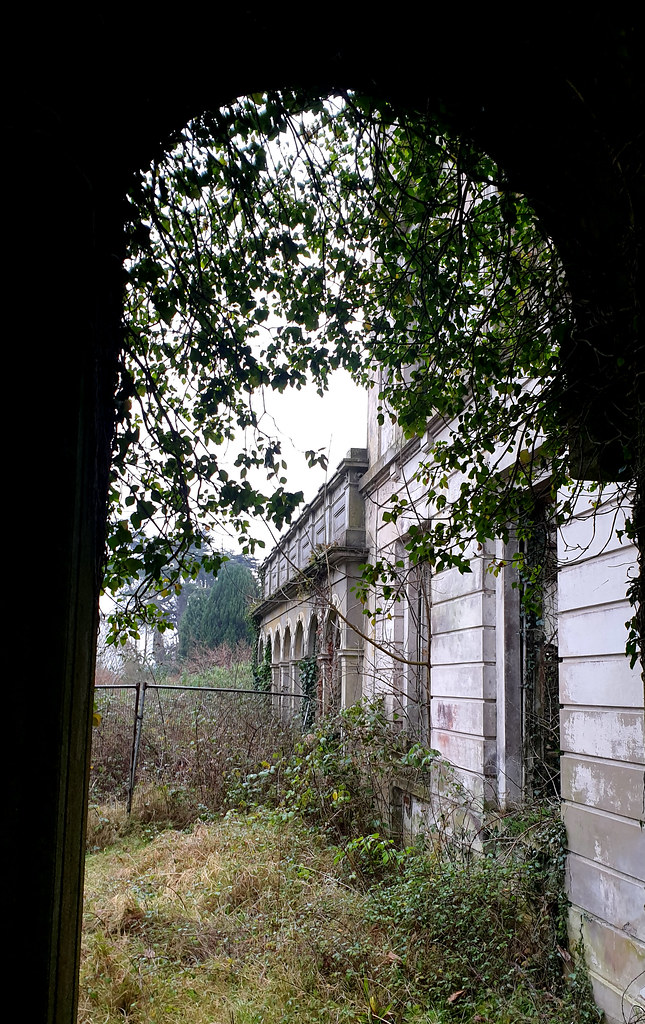 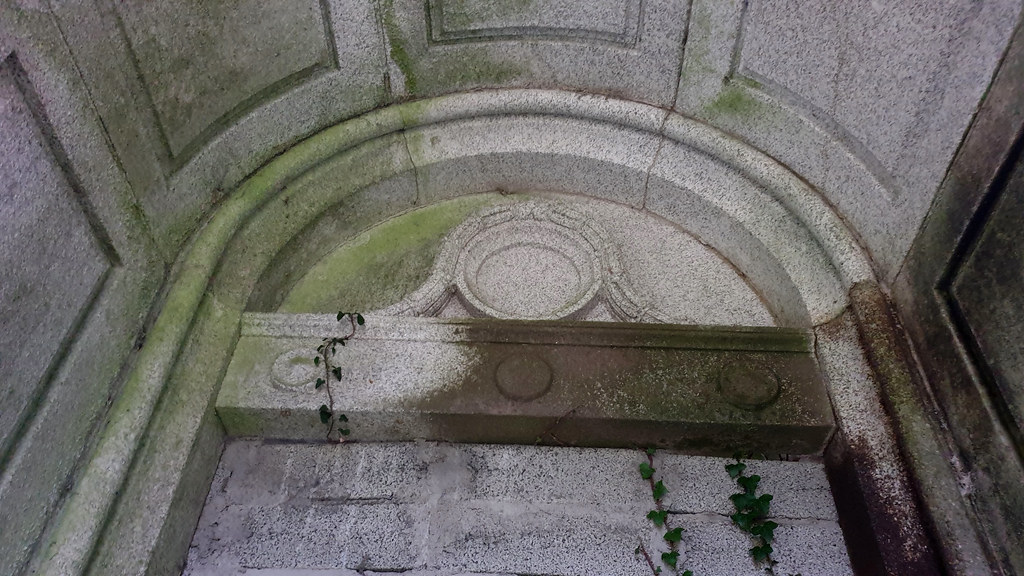 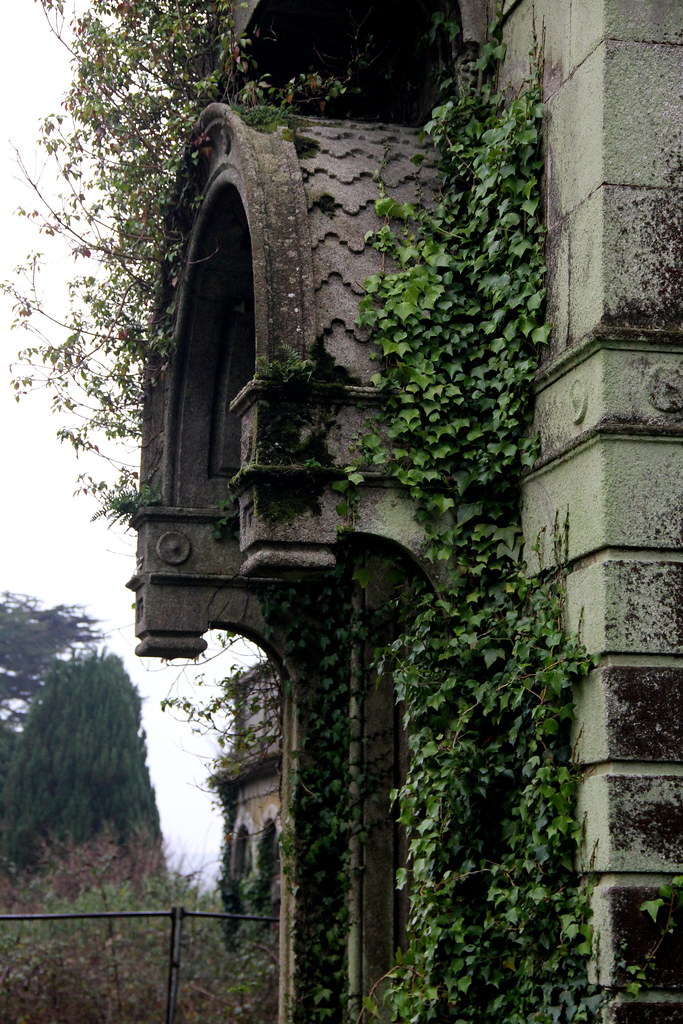 Although the conservatory to the south-east is also worth a few shots too: 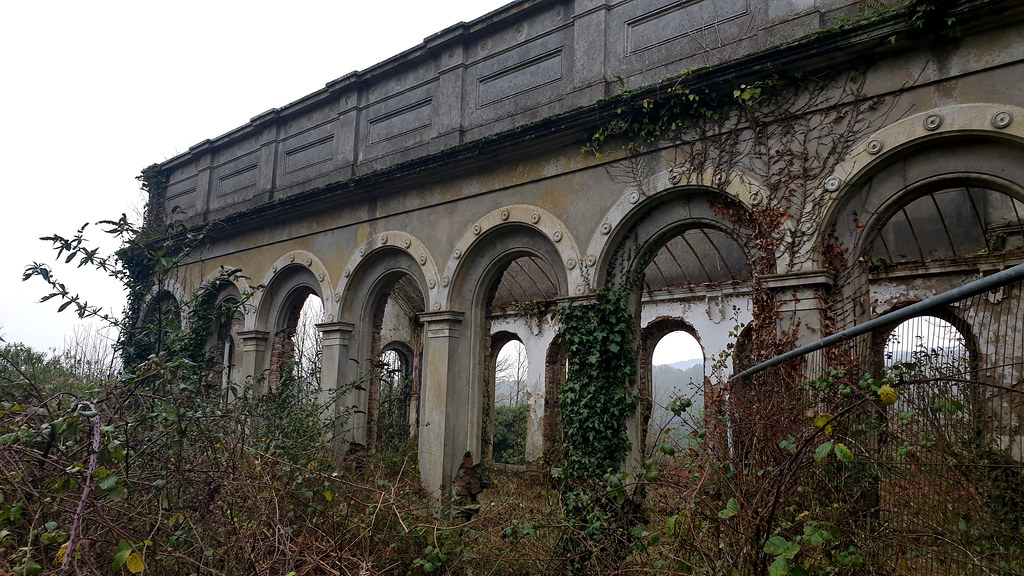 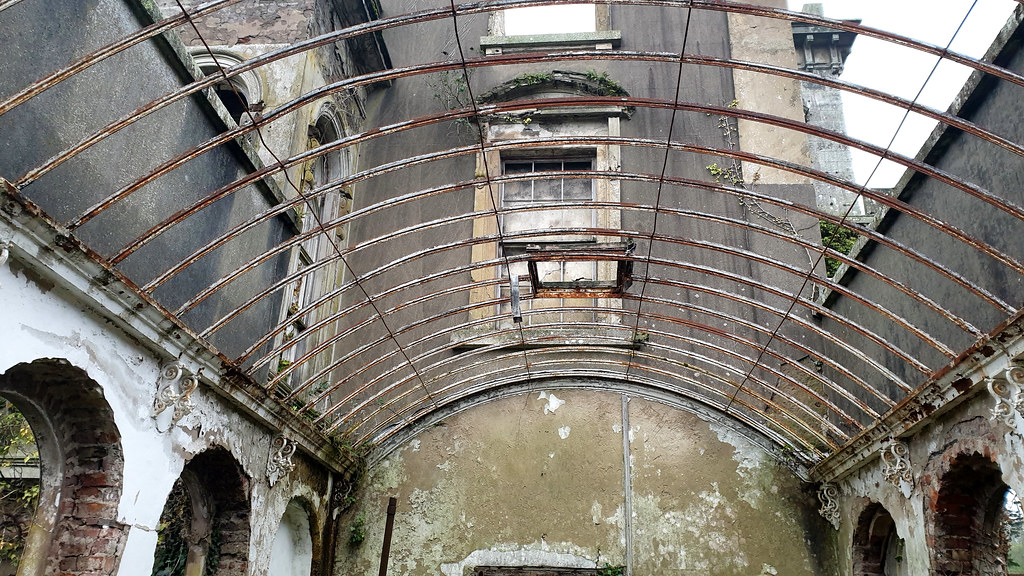 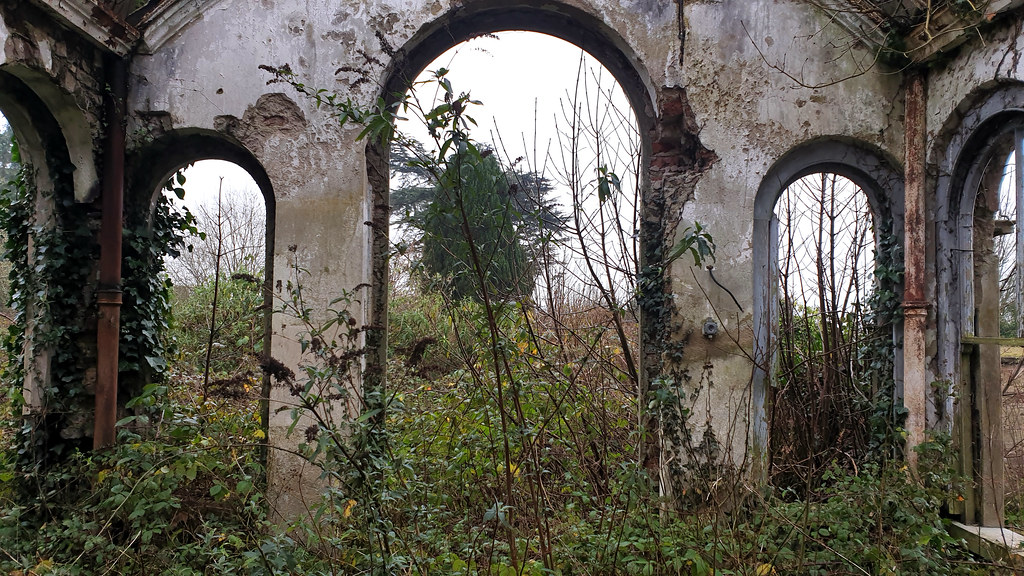 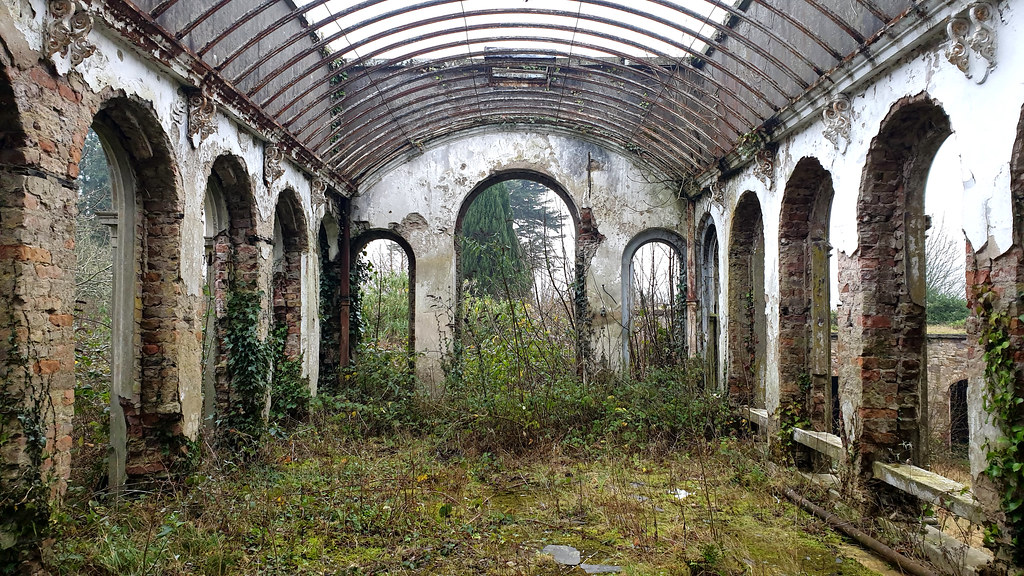 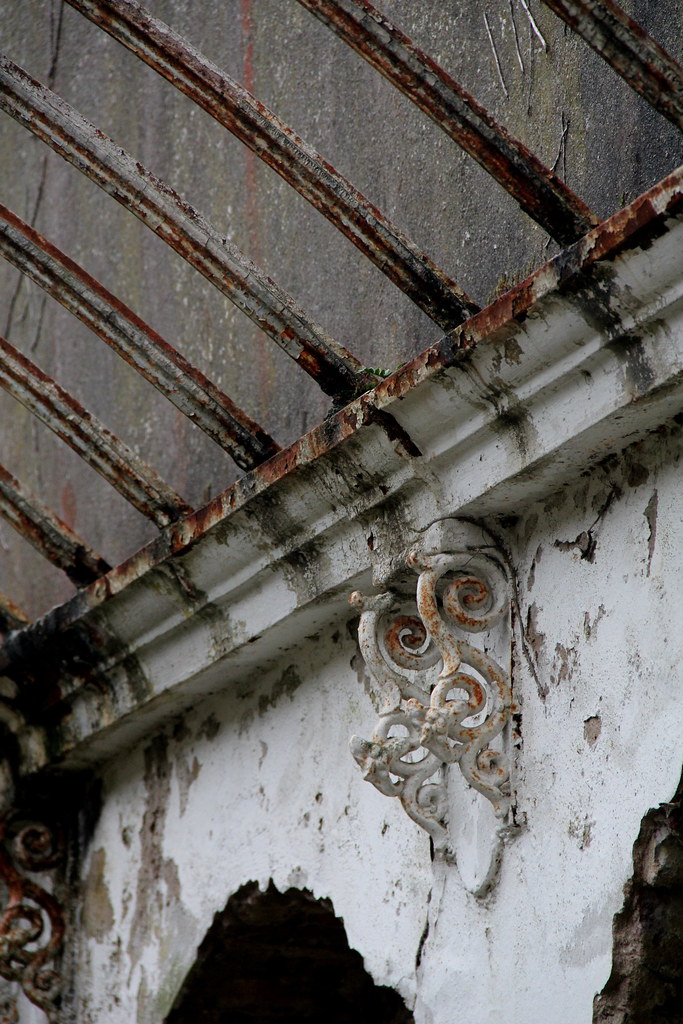 View from the north-east elevation: 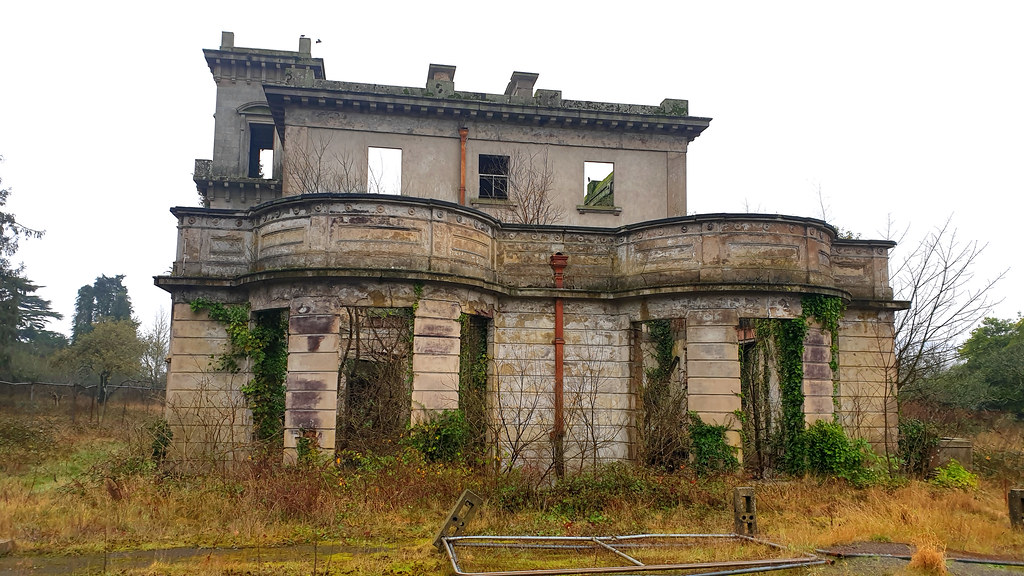 Inside it is just overgrown and empty: 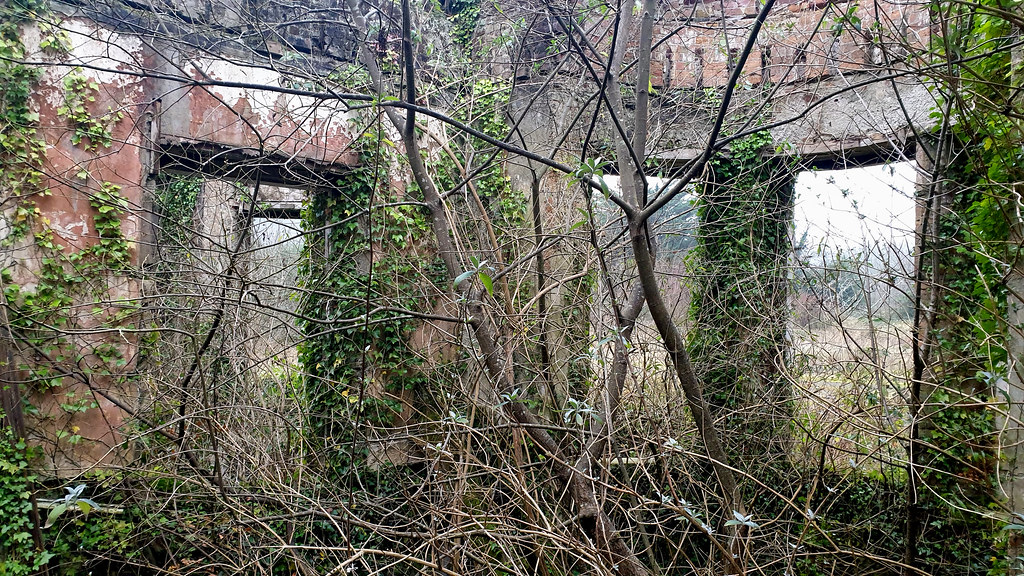 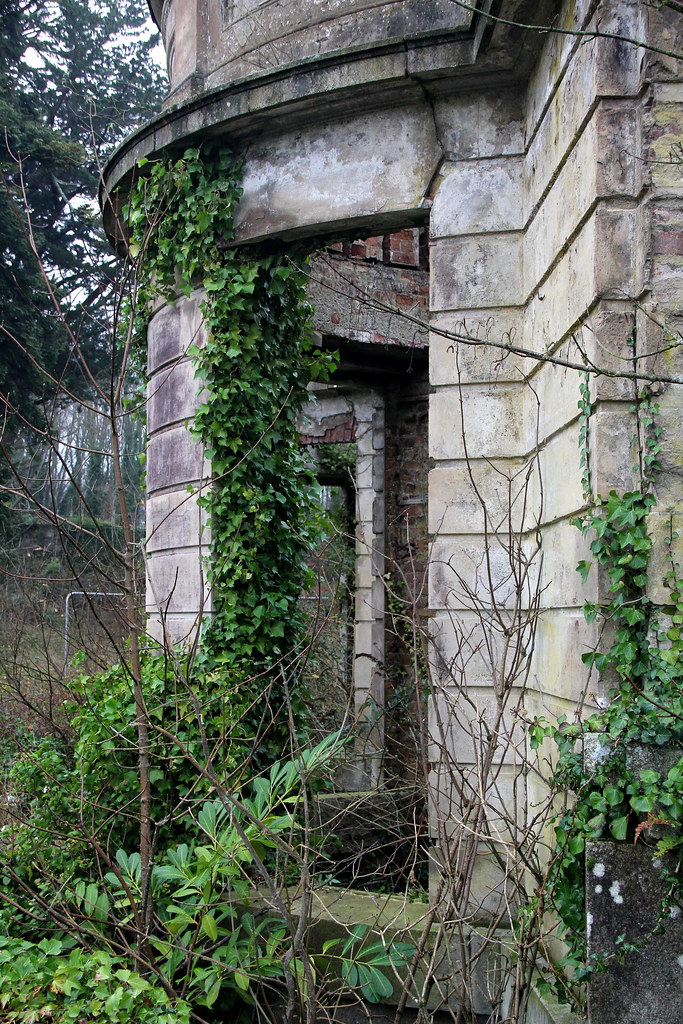 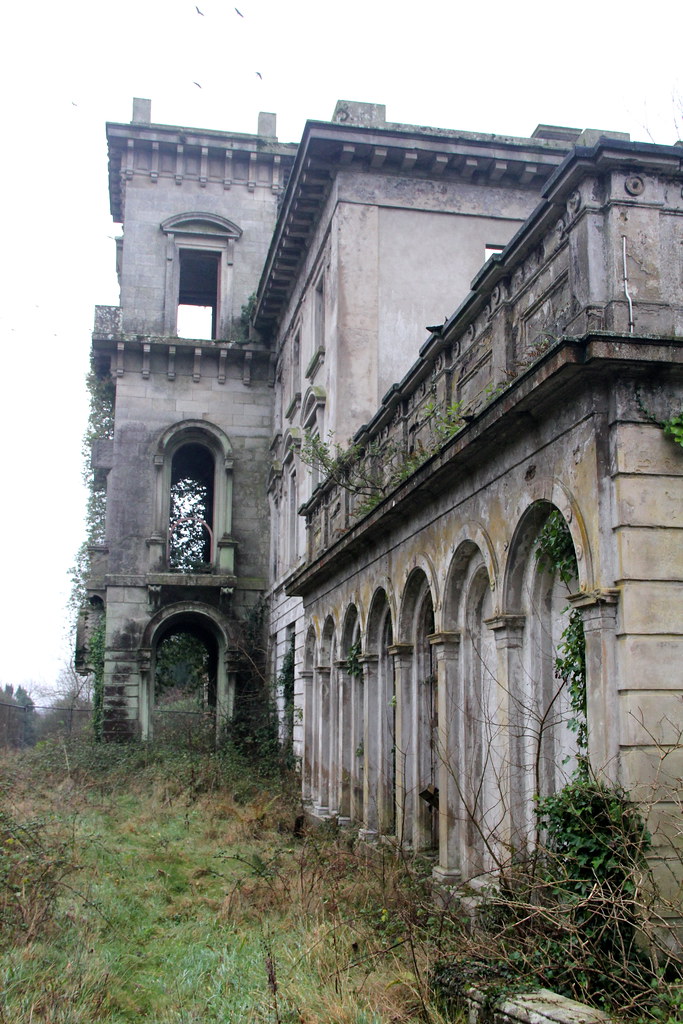 Regular User
Wow that would of been stunning in its day ...still beautiful now

Jane Doe said:
Wow that would of been stunning in its day ...still beautiful now
Click to expand...

Cheers JD. Shame the interior didn't have more to offer, but the externals made up for it.

Regular User
I’d stop and have a look if I was passing. Nice report mate.
eating seeds is a pastime activity.