28DL Full Member
Billy 69 scouted this out and I was able to go along as young apprentice. I need places like this that you can just walk into. Otherwise, it’s all just looking in from afar. And I’m getting a bit fed up roaming around the countryside lately.

If you know where the Riverside is, then the larger shed of the site is to the right of the stadium. Looks small from here, don’t it, but it’s big enough up close. 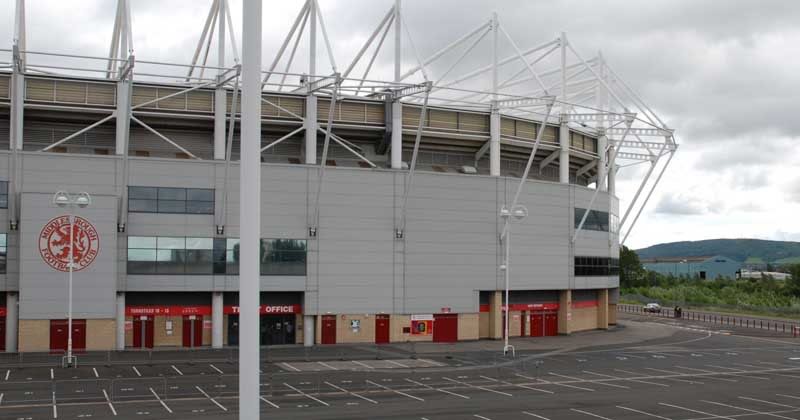 LOOK OUT BILL! That’s one of those thug finding, heat seeking CCTV super cameras we’ve been hearing about! The rozzers’ll get us and no mistake! Oh, it’s busted, is it? 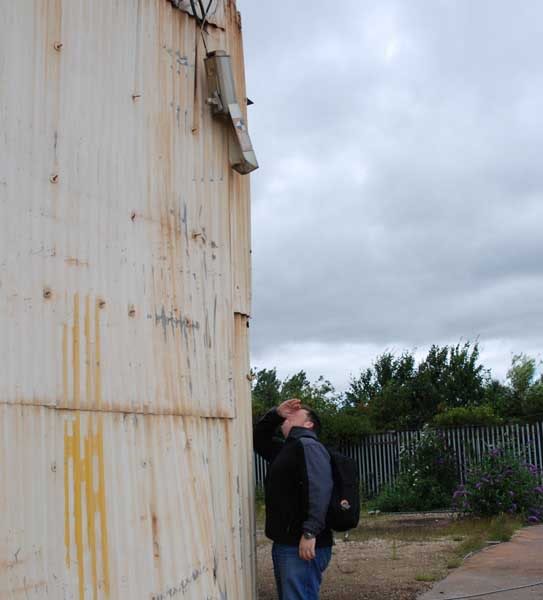 There is no security there. The closest thing anyone’s gonna do to following you in would be if the car dealer over road needs to go somewhere for a smoke. Inside, the first building has been used – many times by the look of it – as a local paintballing kill zone, so if they can get away with that, there shouldn’t be any problems with strolling around the place. 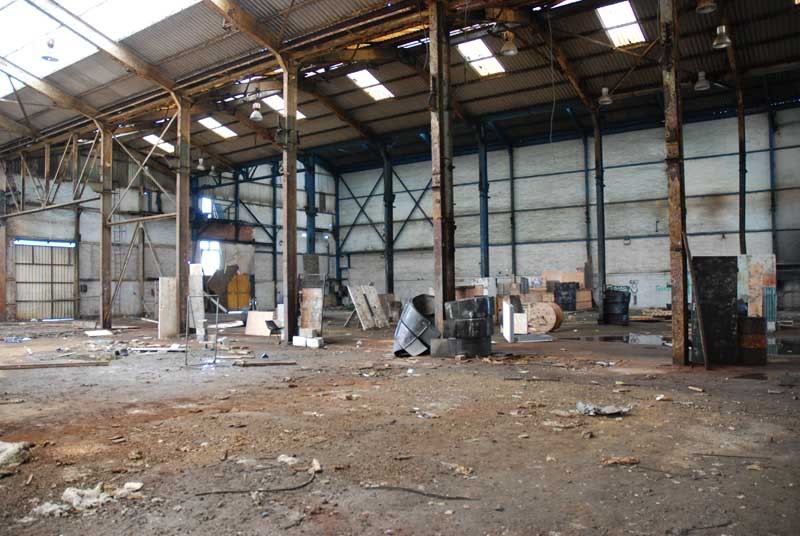 Whilst it looked like the paintballers do some serious re-arranging of their area, it's still a mess. And all the rest of it is a mess as well, with little or nothing to indicate what once went on there. No equipment or machinery left, not much signage around. 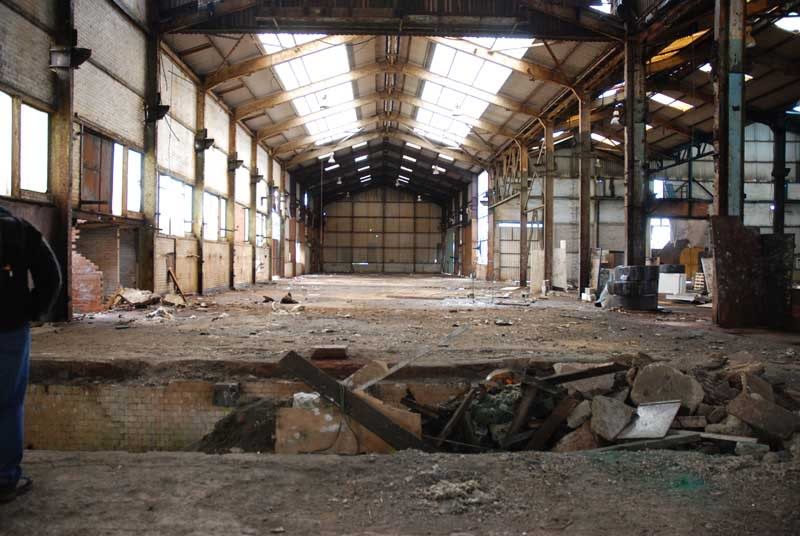 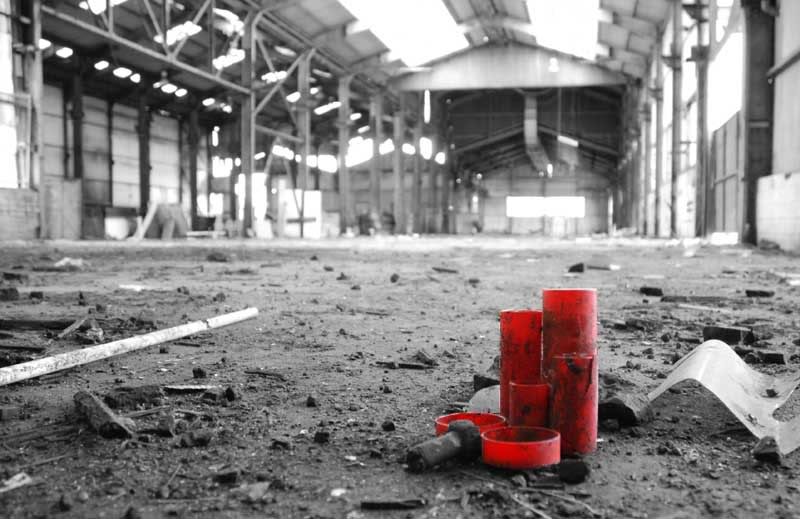 The offices are no better and this place may have gone through a traumatic shut down. The signs on the walls don’t seem to make much sense, no matter what it was they were doing here. All talk of contractors and timesheets.

Good notice on the wall but we never tried it out. 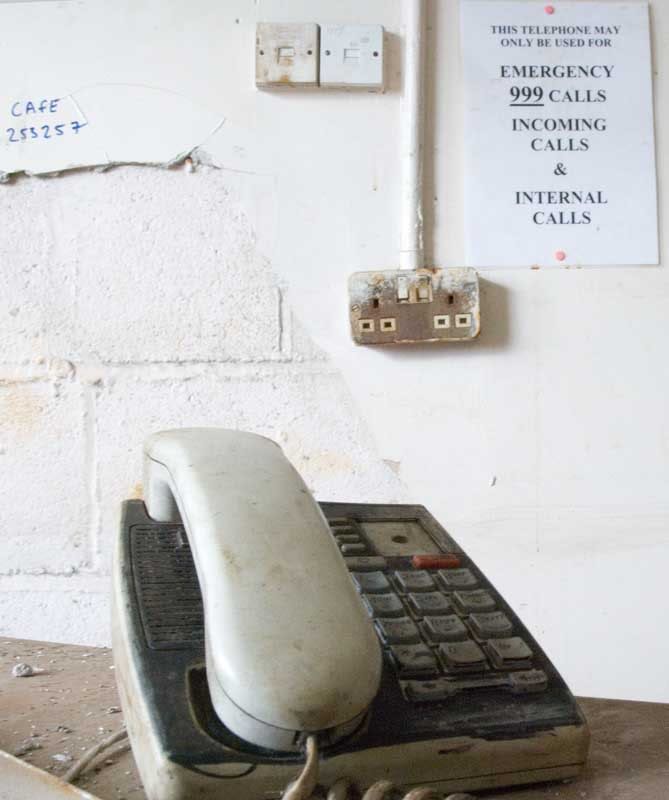 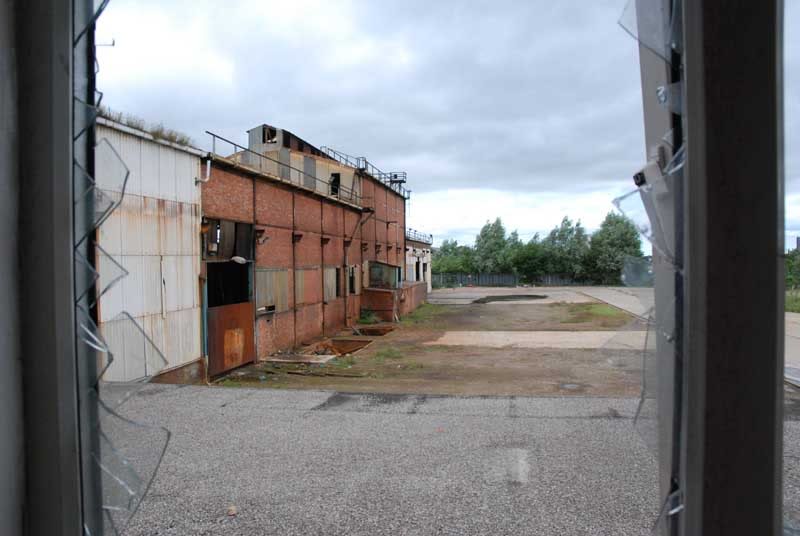 Further around the back is the larger shed. It looks like it was an old factory but it’s so completely empty now. Just a shed really. 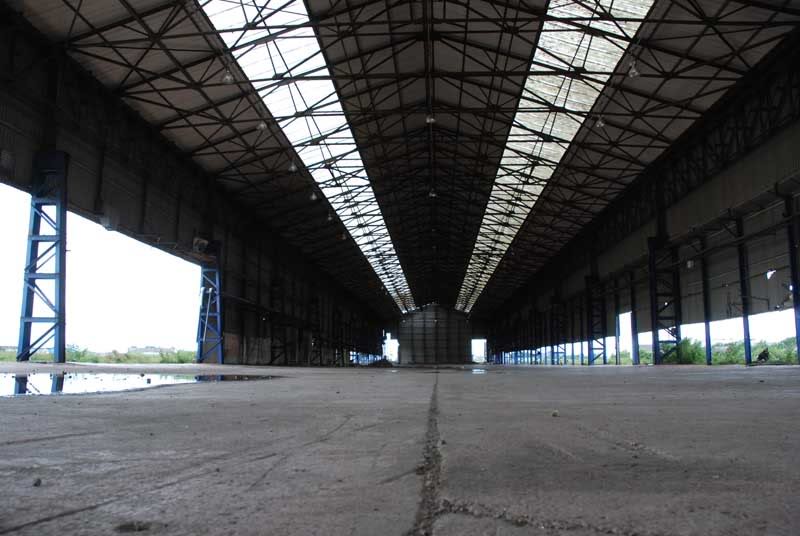 So, not much going on but then the ladder was aspied, offering a little more adventure. Now, none of this ladder is complete, so we couldn't really use it. It would have gone out through an external door to the catwalks outside. 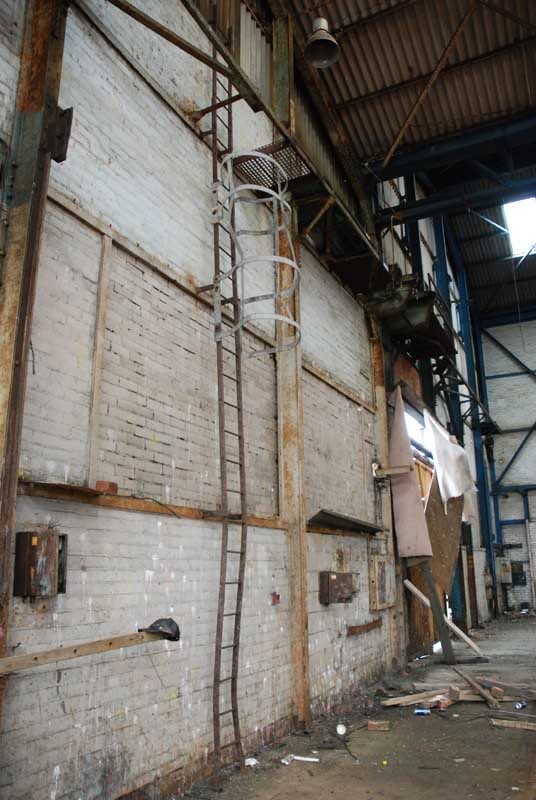 But oh well. The roof had to be looked at. And it’s a long roof. You could get to the North side of it, maybe, but it’ll be the same roof on that side as well. This was taken from only about half way along. 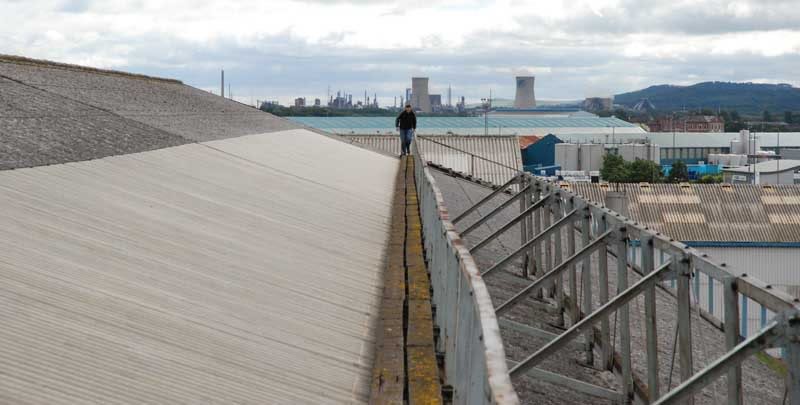 Good spot for snaps of Riverside though.

Now this is where the apprentice started to make schoolboy errors. You see, I have a new hat, and I just aint used to it yet. Sounds silly I know but if you wear a hat a lot, you tend to get real good at knowing when it’s gonna blow off. But no matter. As it sailed through the air northwards, I was unconcerned. Then it dawned on me that it had landed on the corrugated GRP roof panels. That stuff is about as strong as the skin on a cow pat and there is absolutely no way it was gonna support any effort at all to get it back.

Now I cannot impress upon you enough what anguish and distress this was causing me. I always recommend that people keep out of my head and you certainly wouldn’t have wanted to be in there right then. Tom Hanks crying after Wilson the volley ball in Castaway doesn’t even come close. I like my hat and I really really wanted it back. That was when the errors of judgement crept in.

First reaction was to flail at it hopelessly with a belt buckle. It was nearly ten feet away for goodness sake, and a 32 inch belt was never gonna get near it. What was I thinking. Ah! Then I had the idea of tying string on the end of that and something heavy on the end of that. So, string was cannibalised out of one of the very lovely Nikon lens cases and the Victorinox multitool tied to that. The string wasn’t that long, so I skimped on knottage to keep the length up. One or two flings later and now I have a very expensive multitool lying next to the very dear hat. Oh wailey wailey wailey. What am I gonna do now? It now resembles a Somme like scene with all the visible roof strewn with expensive photographic and utility Urb Ex kit, and one very questionable fashion accessory.

After some deep breathing and tear mopping it was all the way back along the roof to gather wire and poles from the paintball arena. The day was saved but not before I had yet again displayed that even the best equipped fool is still a fool.

Maybe this does it justice...Click on the slide show

One more shot on the way out. It might do well as a banner maybe.