Regular User
1. The History
The Millhouses engine shed was built by the Midland Railway in 1901 to serve the Midland Main Line and to stable passenger and mixed-traffic locomotives for use on trains from the nearby Sheffield Midland station. The shed was built next to the former Millhouses railway station. It had 8 dead end roads and could handle about forty steam locomotives. Initially, it was called Ecclesall Sheds but was renamed Millhouses in 1920. Millhouses bore the shed code 25A, then 19B in 1935 and finally 41C in 1958. In 1959 the shed had an allocation of thirty-three engines, including twelve Jubilee steam engines, while 1960 saw the arrival of seven Royal Scots.

A couple of archive shots when the sheds were “in steam”: 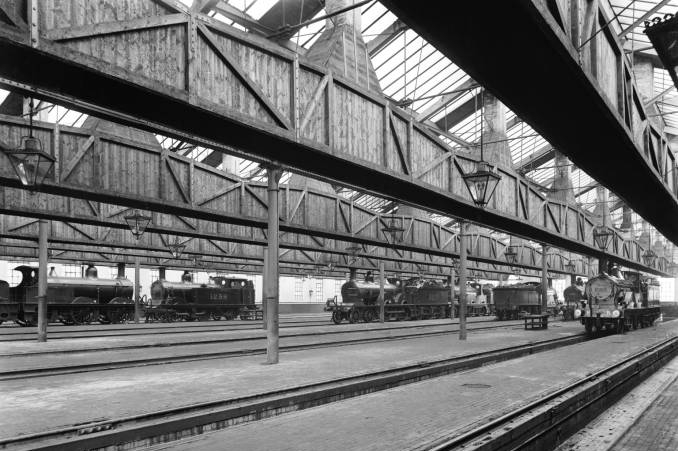 With the decline of steam-power locomotives it closed in 1962 and was then converted into a warehouse. Before it closed it used to be owned by Jacobs Manufacturing. Their roots were from America when inventor Arthur Irving Jacobs (who already had several inventions to his name before the age of 30) skinned his knuckles trying to tighten the drill bit in an old drill press. This inspired him to consider how to improve the chuck, and in a matter of days he designed his famous chuck and key. In 1902 he patented his device and one year later he founded the Jacobs Chuck Manufacturing Company, initially headquartered in Hartford, Connecticut, in 1904. At some point they opened a factory in Sheffield (due to its steel producing capabilities) which specialised in making the famous drill chucks, supplying companies like Black and Decker. Incorporated in 1986, Jacobs was now owned by the Danaher Corporation. In 1996, the Jacobs Chuck Manufacturing (Suzhou) Co. Ltd. was established in China and the writing was on the wall. The Archer Road factory in Sheffield closed in 2002 and the company dissolved in 2008. The Jacobs name lives on as a subsidiary of the Apex Corporation with production facilities in China. The factory has been empty since the early noughties and gradually fallen into ruin, and the domain of Sheffield's skateboarders and graff artists. That was until a couple of years or so ago it was knocked down. A care home/sheltered housing complex has now been built on the site. 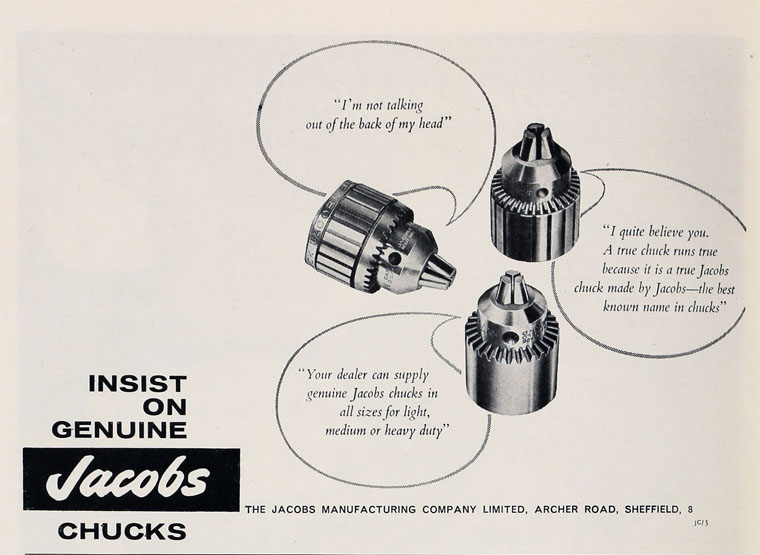 2. The Explore
Sometimes places are gone before you get round to appreciating them. This was my local explore until it got demo’ed. Explored this place April 2013 and again in September 2015. This place only got one or two reports on the site as it got overlooked in favour of the big Sheff draw-card sites that were doable back then. Shortly before my second visit the land was sold, and the new owners were given the go-ahead to demo the place and build a care-home complex. On one level the former engine shed building was impressive. On another level it was pretty trashed and graffed to the max. Access was easy and the graffiti was, on the whole, pretty decent. 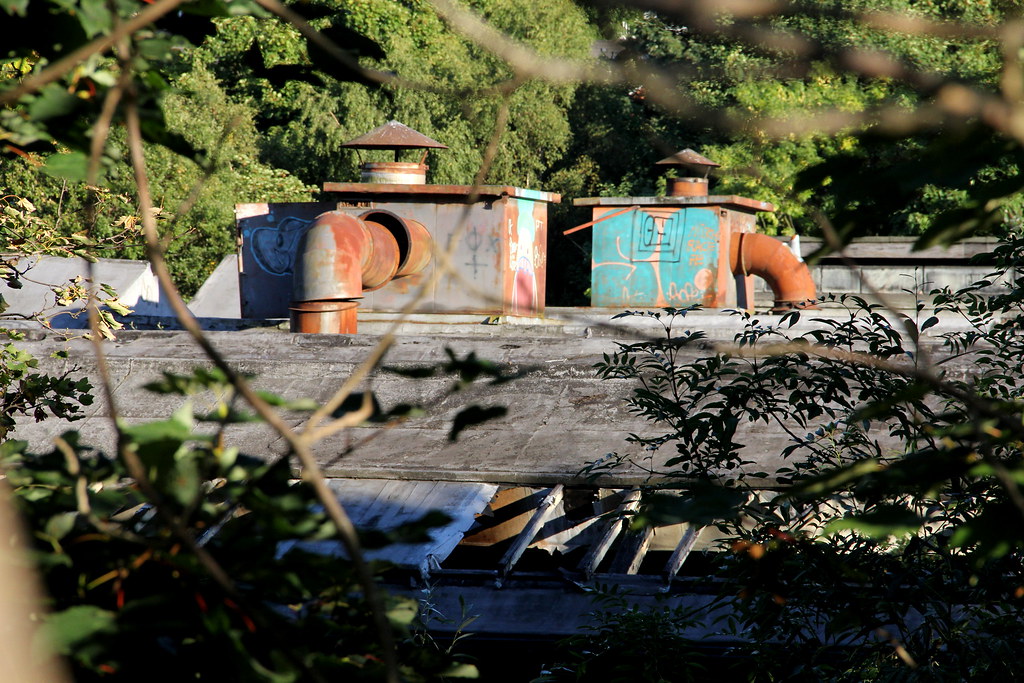 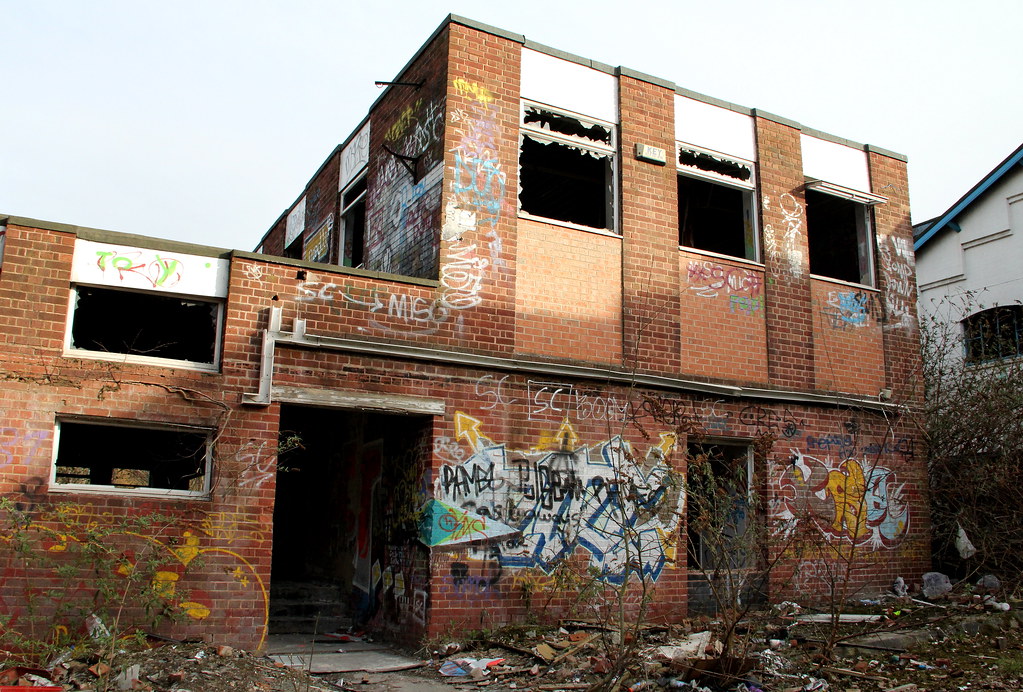 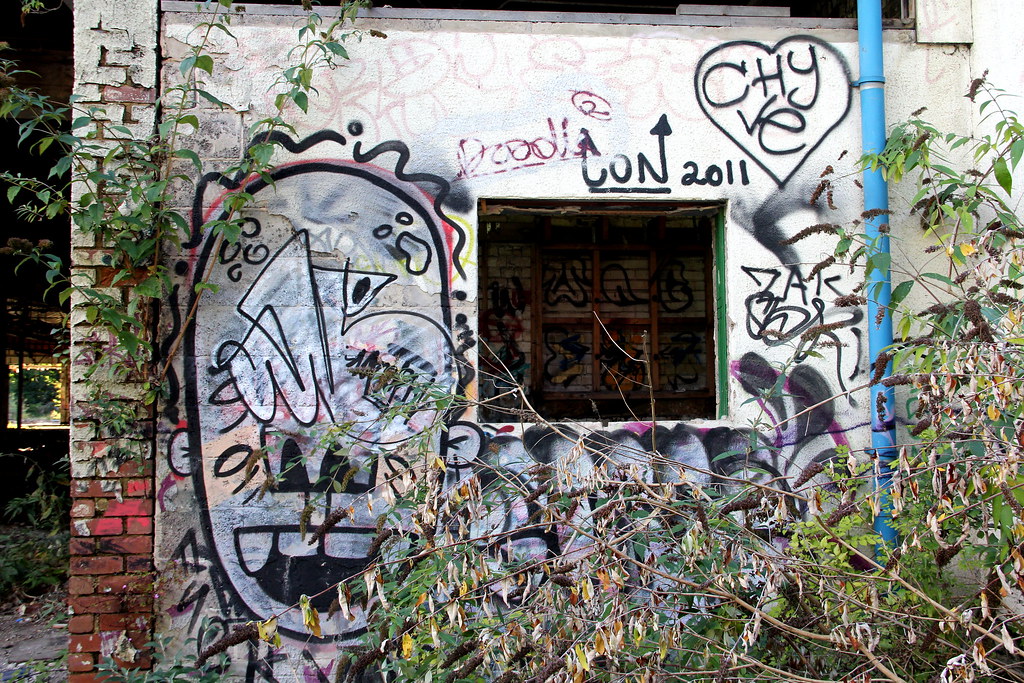 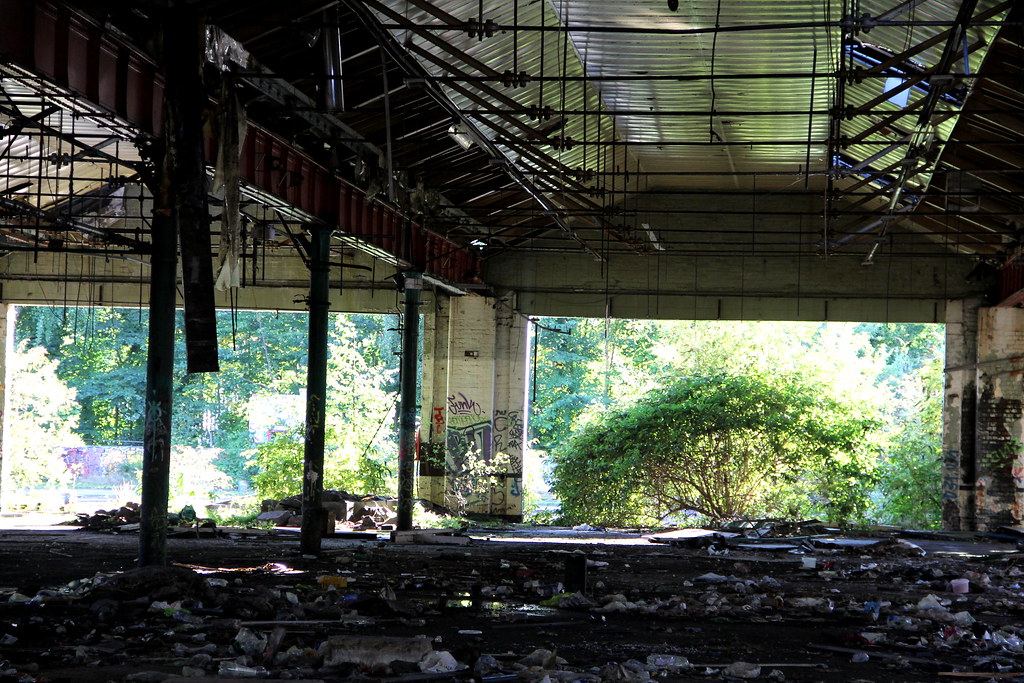 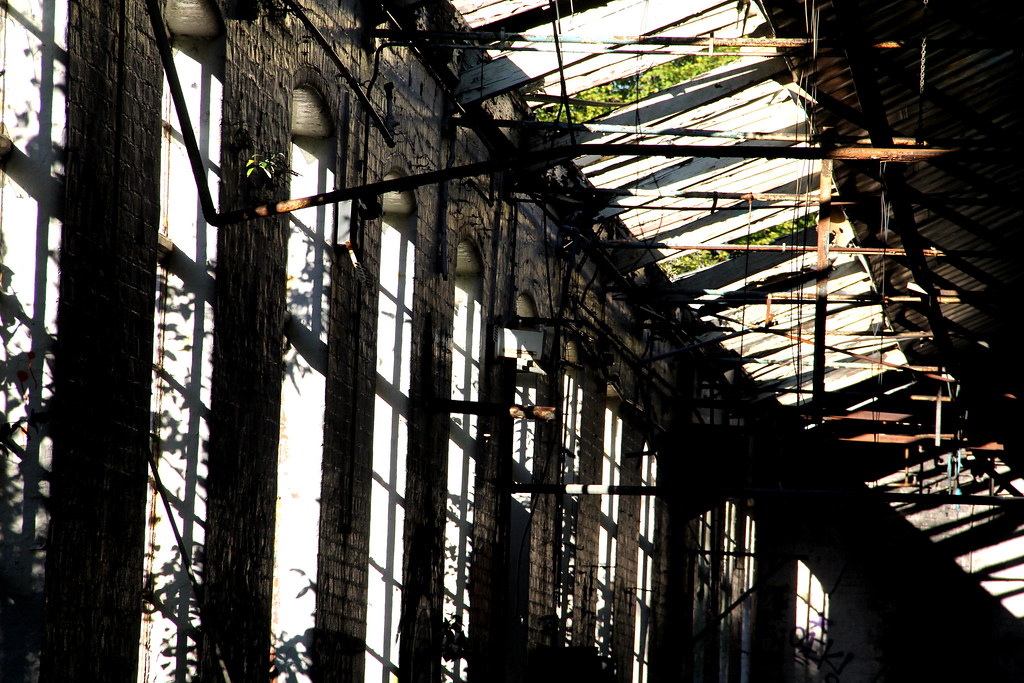 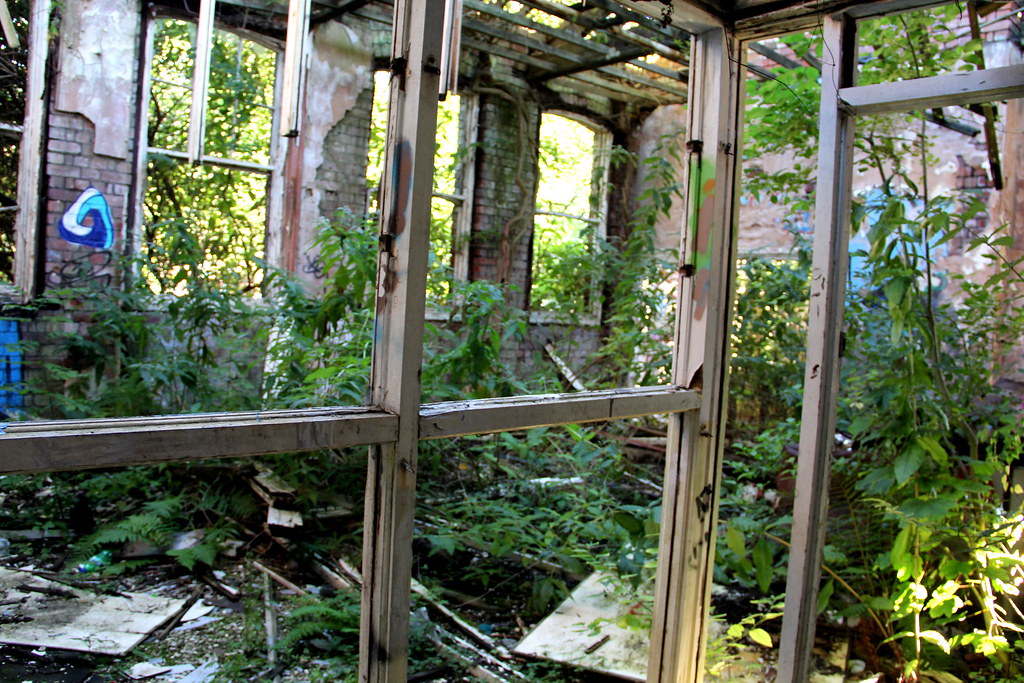 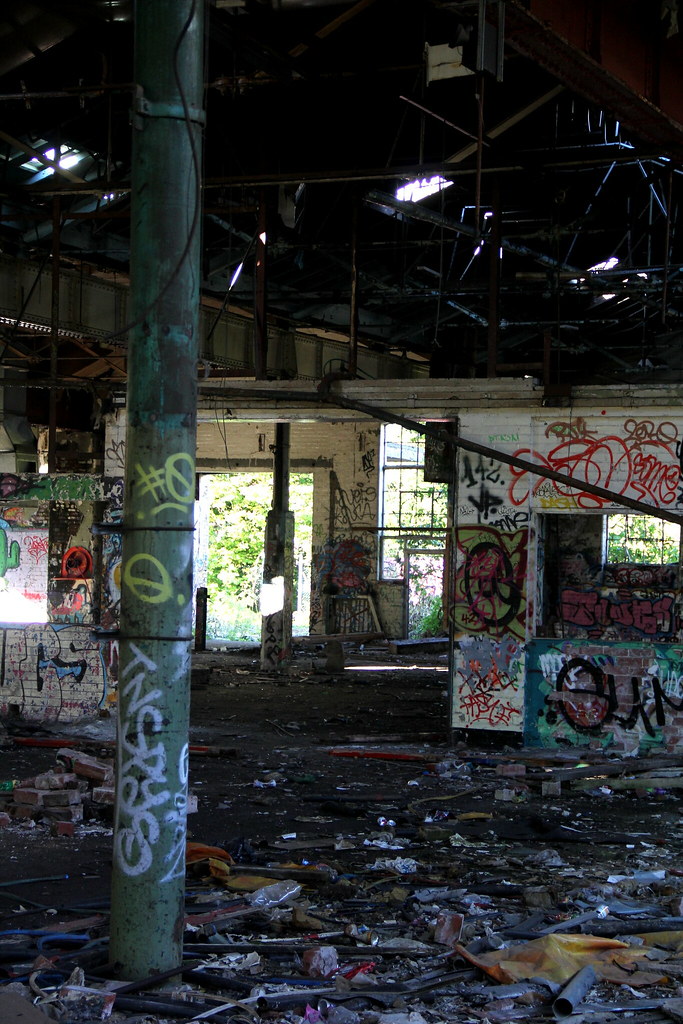 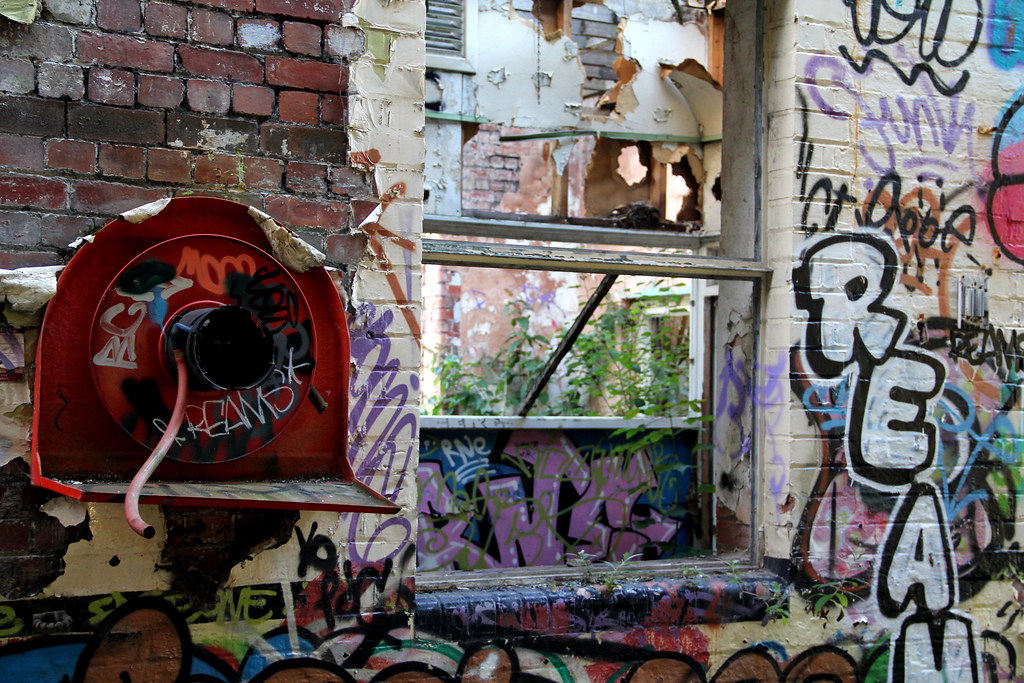 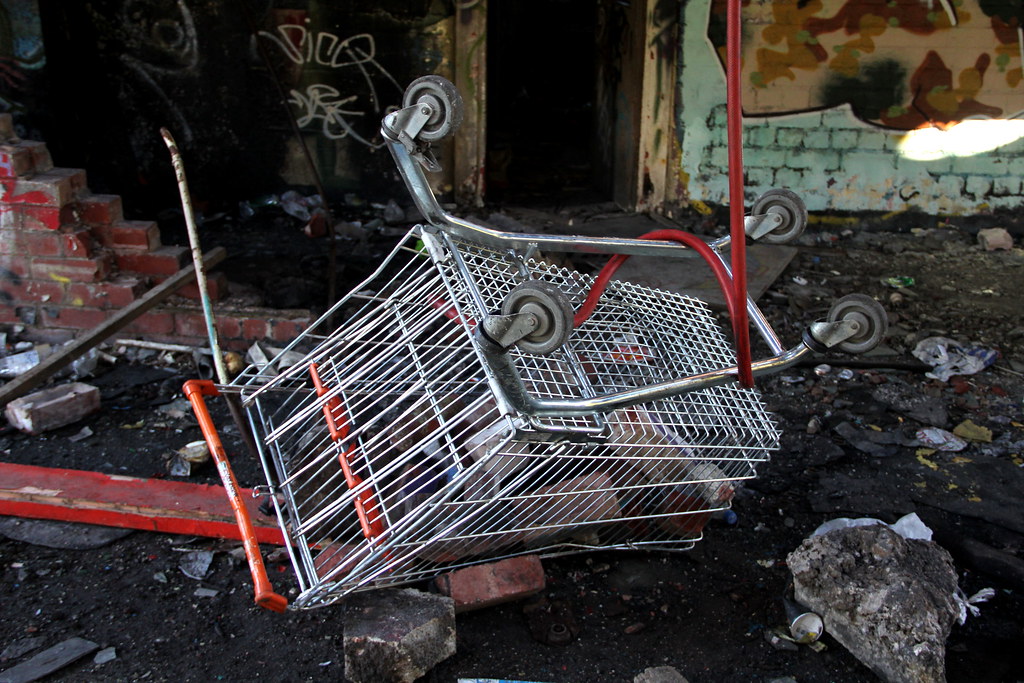 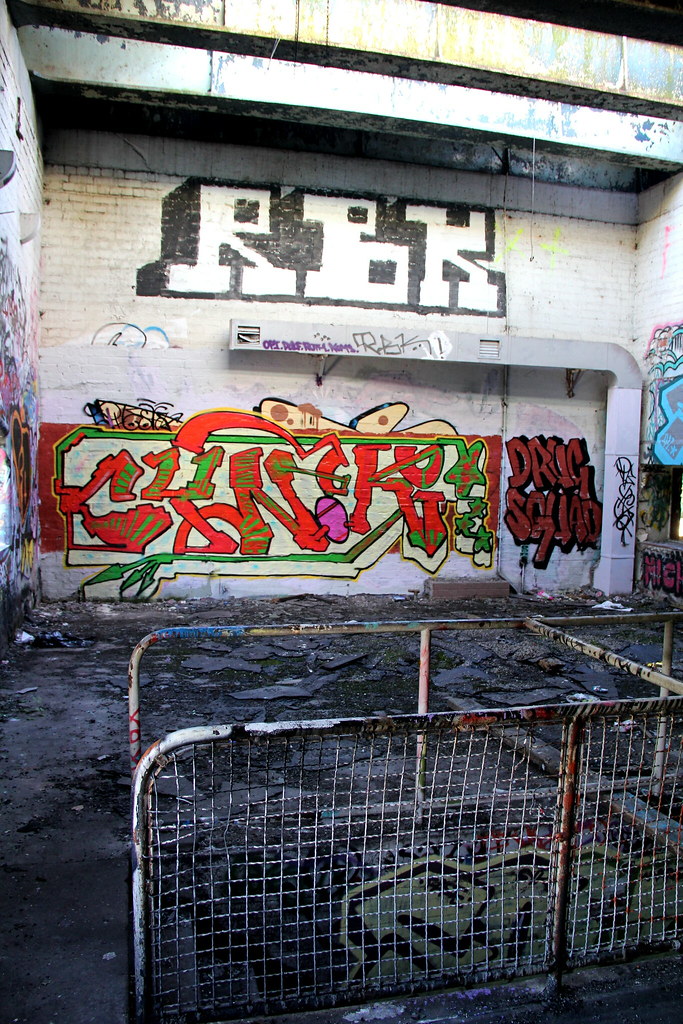 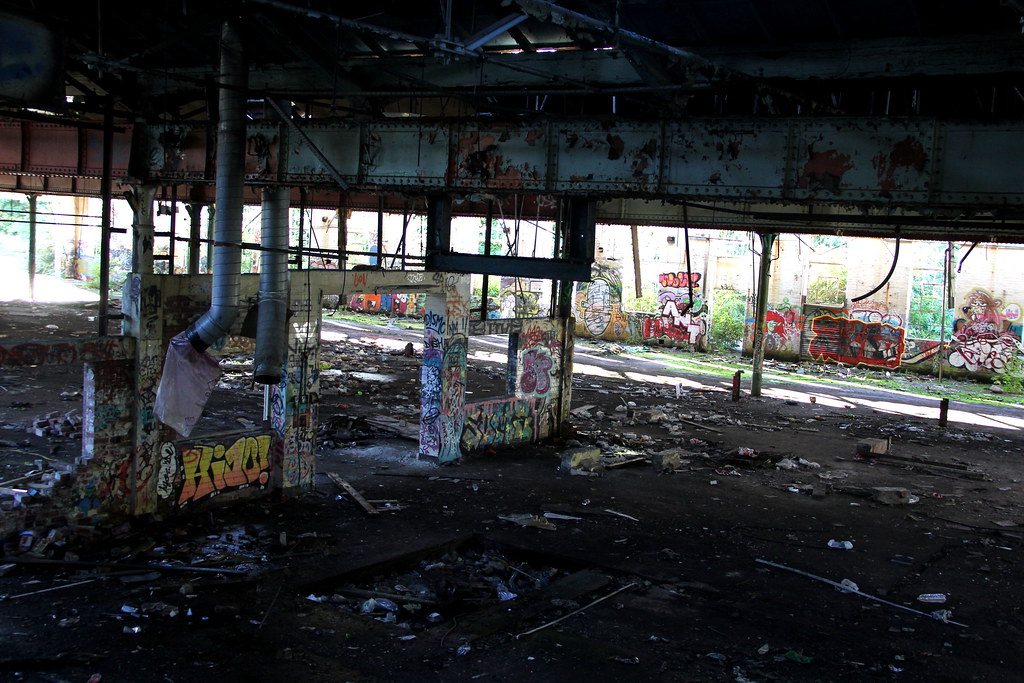 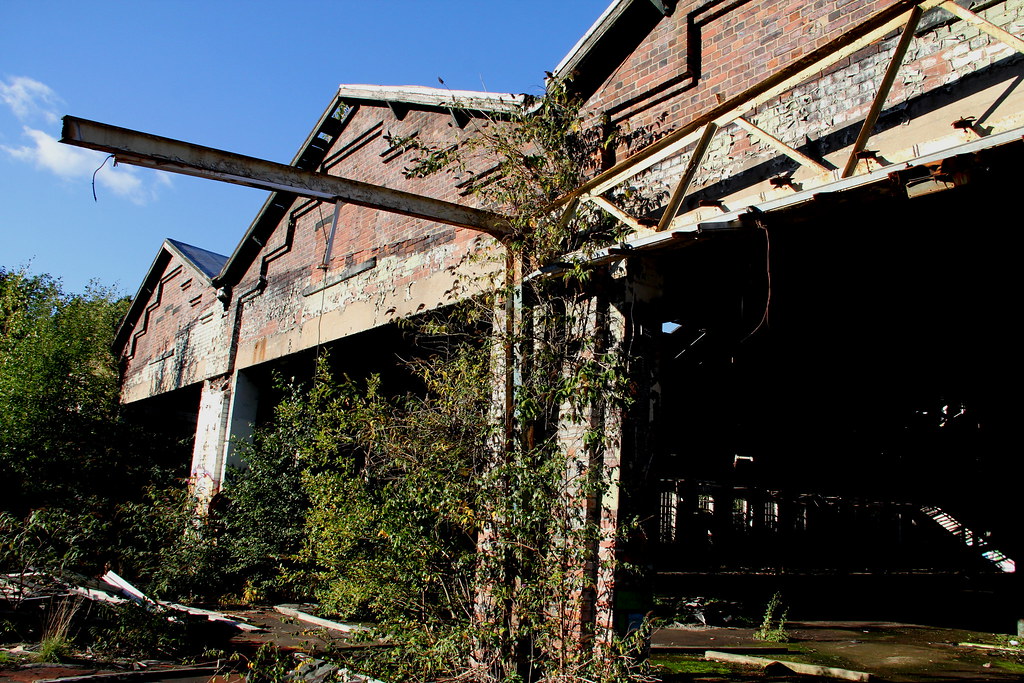 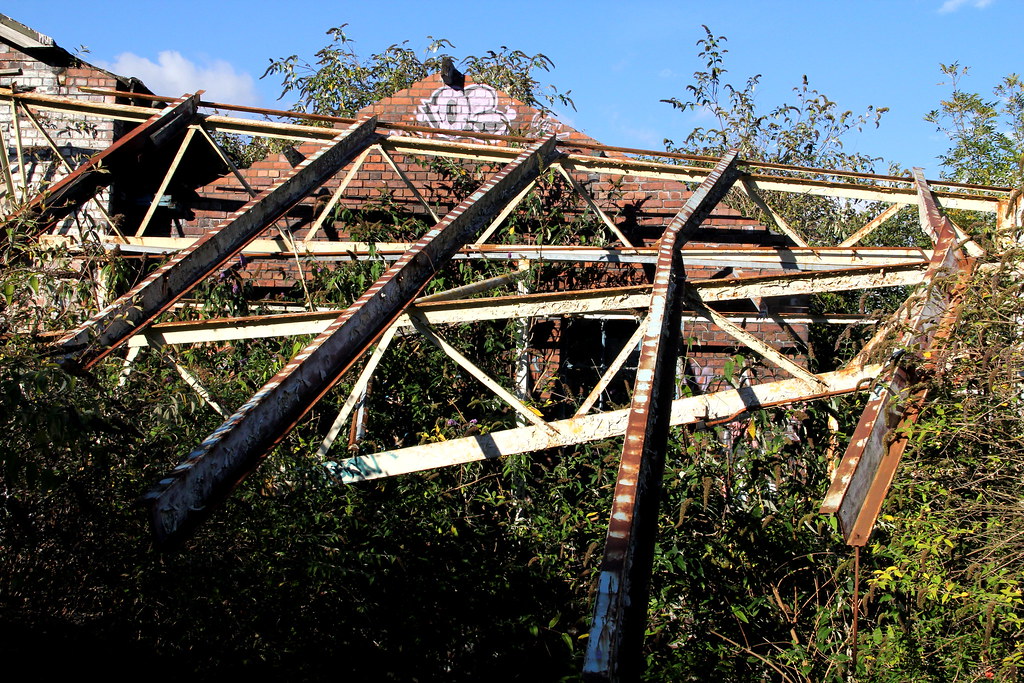 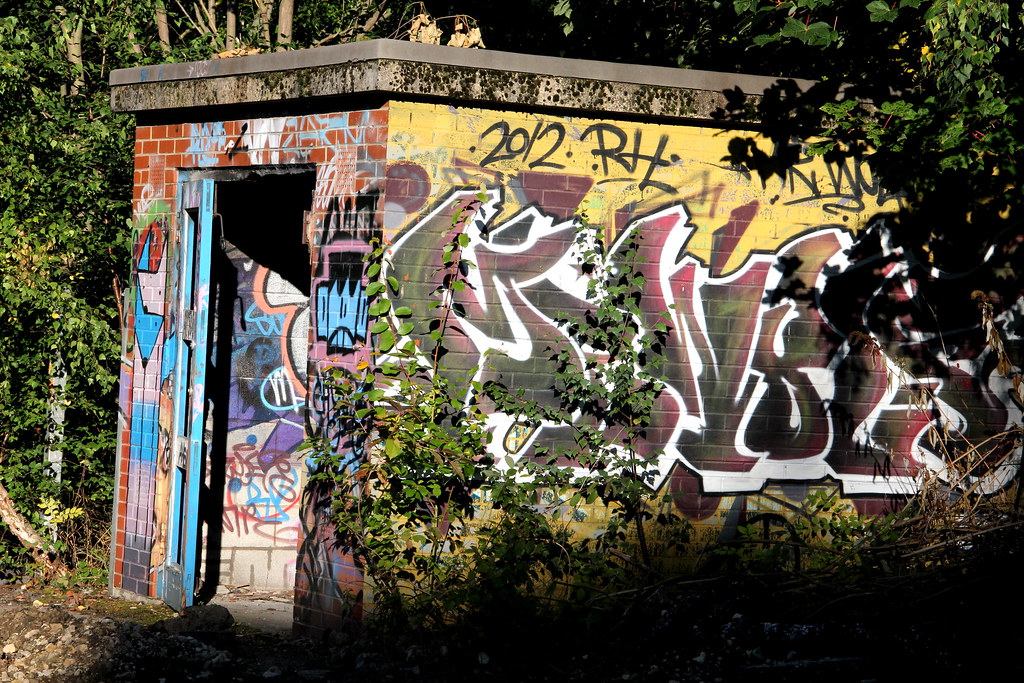 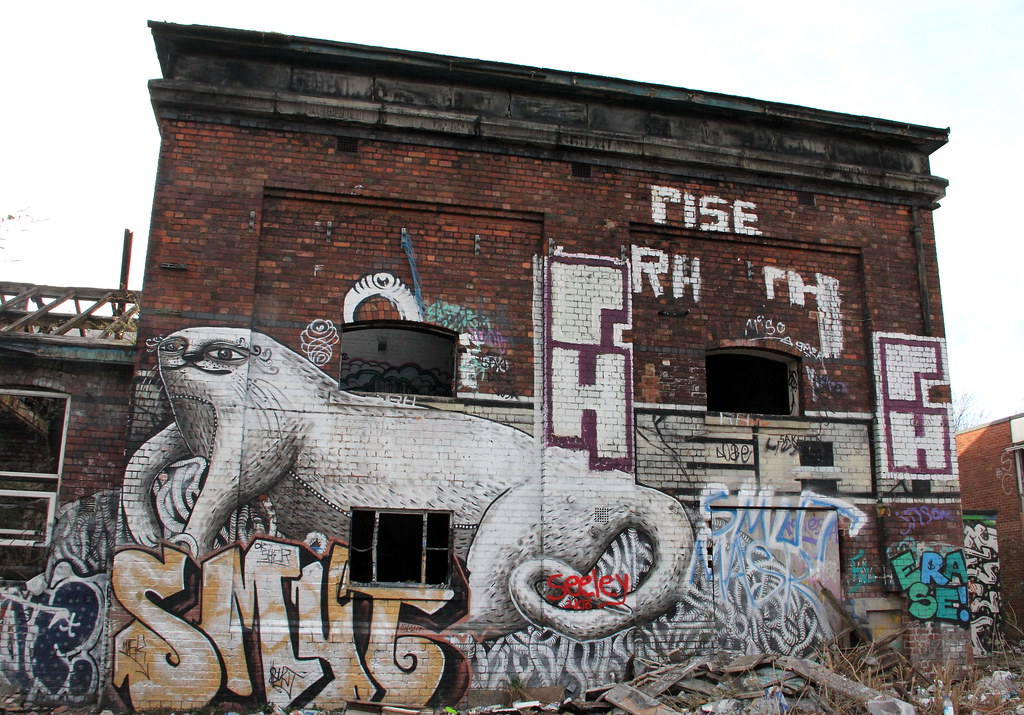 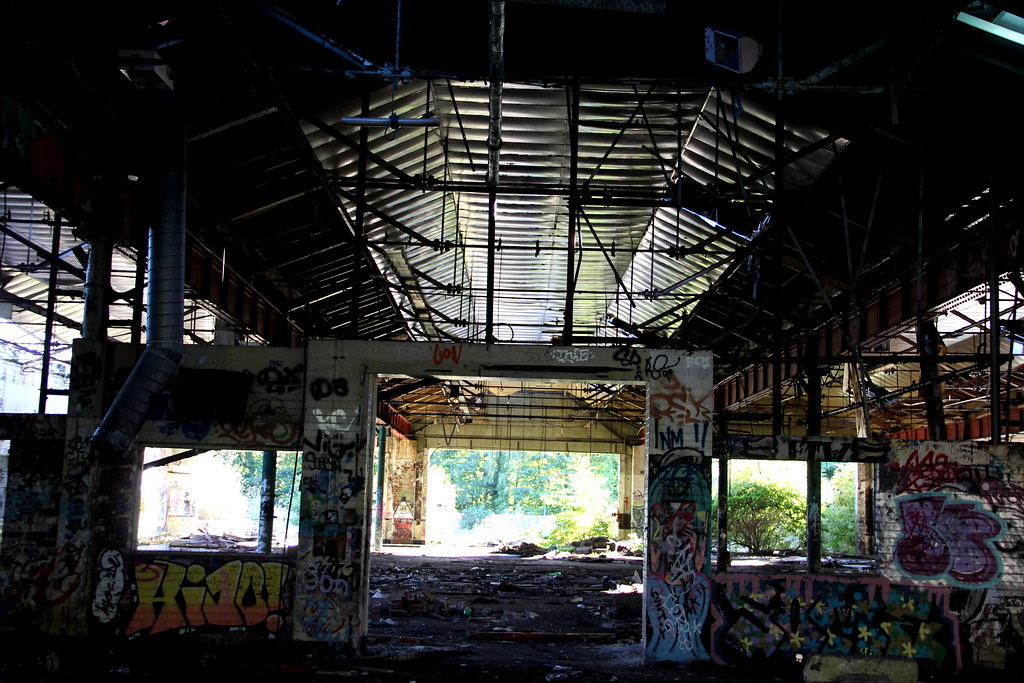 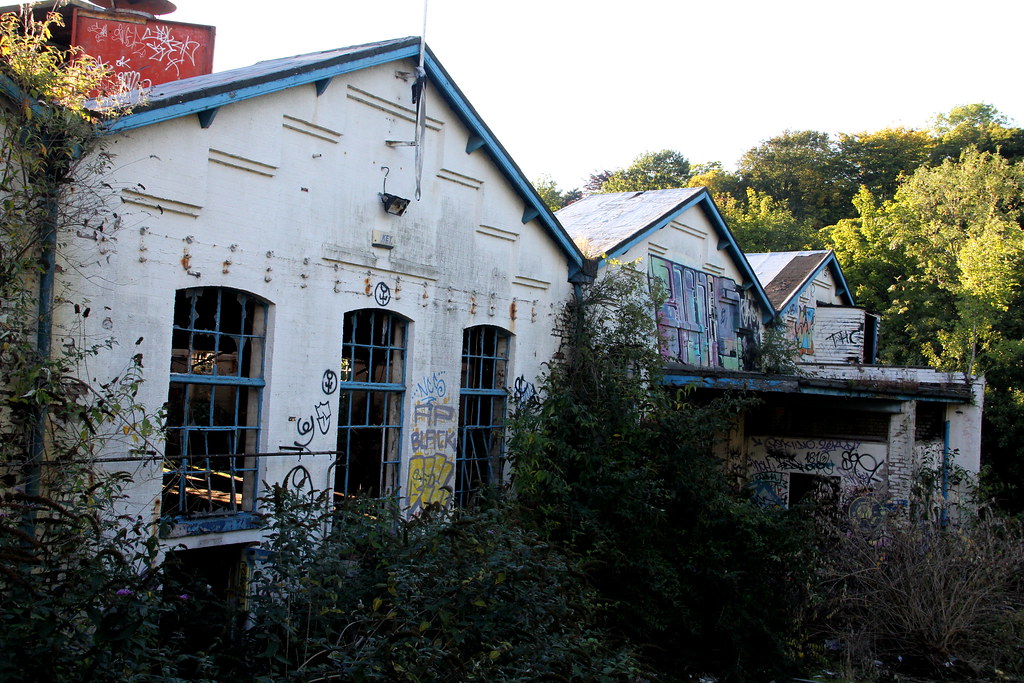