28DL Full Member
I've posted a few things before from a fleeting day trip to the island of Vis near Split, Croatia - the place is riddled with bunkers and tunnels though so I just had to go back! Only had my phone with me this time unfortunately though, so photos are not of amazing quality...

Vis was at one point the site of the general headquarters of Marshal Josip Broz Tito, the leader of the Yugoslav Partisan resistance movement. It was occupied by Italy between 1941 and 1943. It was liberated by the Partisans and held by a British flotilla in 1943–44. At the end of World War II the island returned to Yugoslavia. During the war the island was mined. Allied fighter planes were based at a small airfield that was also used for emergency landings of Allied bombers, including an American B-24 flown by George McGovern. No. 6 Squadron RAF extensively used the airfield as a forward operating base, flying Hawker Hurricane Mk IV aircraft, from May 1944 to February 1945.

During World War II, a crate of the Armed Services Editions of paperback books was dropped by parachute along with other supplies on to Vis Island off the coast of Yugoslavia. The books were then read aloud to the partisans by English speaking soldiers who translated the books as they read them.[6]

Early in July 1944, the novelist Evelyn Waugh flew with Randolph Churchill from Bari, Italy, to Vis as part of the British military mission to Yugoslavia. There they met Marshal Tito.[7] Waugh and Churchill returned to Bari before flying back to Yugoslavia to begin their mission, but their aeroplane crash-landed, both men were injured, and their mission was delayed for a month.
After the war, the Yugoslav People's Army used the island as one of its main naval bases. After Croatia became independent in 1991, its navy did not reclaim most of the facilities, and the many abandoned buildings are being used for civilian purposes. In 2008, 34 mines left over from World War II were cleared from the island.
Click to expand...

There's a few different things below - I didn't see nearly everything on the island I would have liked to see (there's some kind of command bunker that you can visit on a guided tour, but I couldn't find it myself - no fun if you get given a hard hat and headlamp and driven there!). If you like just getting out in a car or on foot and finding sites, Vis is great - but most sites are pretty stripped.

I'm not 100% sure this is a missile storage bunker, but that's what I've read, and judging by the design and the fact the tunnels are big enough to have multiple trucks side-by-side it seems fairly likely.

It has two road-sized entranced on either side of the hill, looking like this - still with camouflage netting hanging overhead! 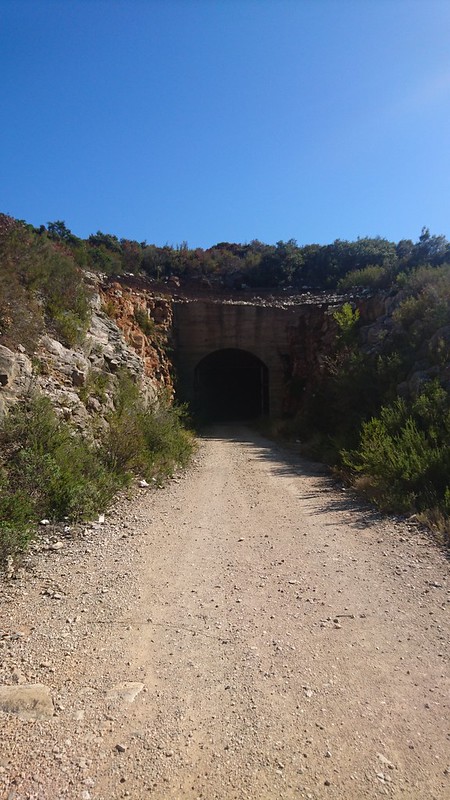 This leads you into here... 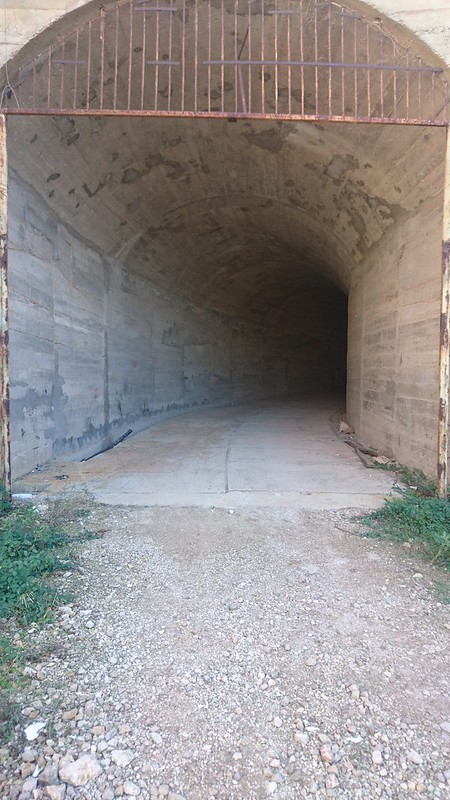 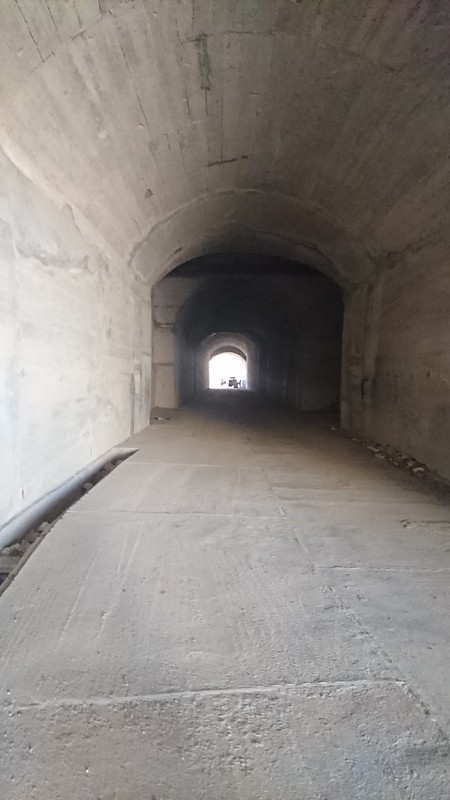 Off to the left there are two large blast doors - one is open, one is tightly closed. 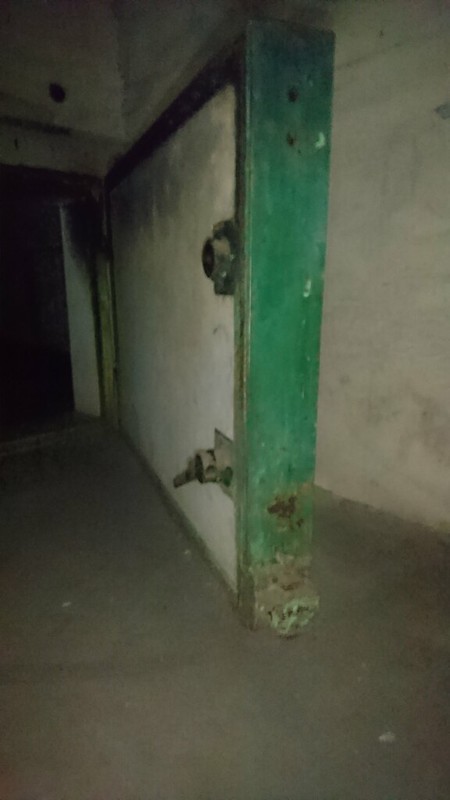 Behind each blast door (presumably, I could only get past one) is a large room, which then leads into this room... 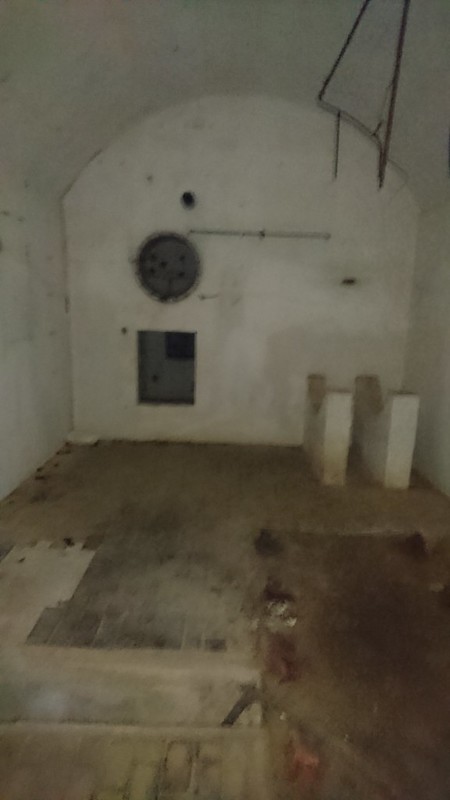 Behind the hole at the back is another small room, with a long ladder leading up here... 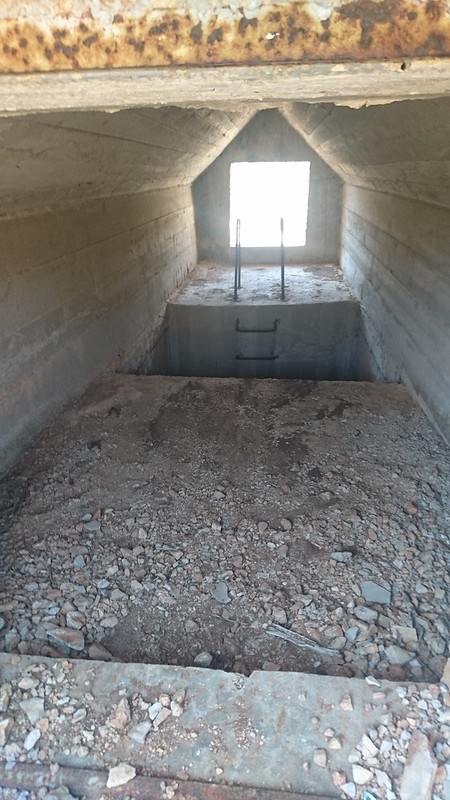 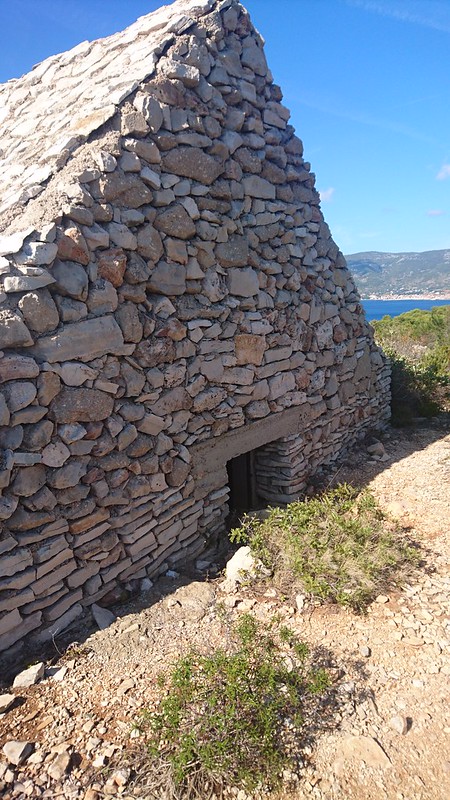 There are a few of these dotted around the island, this is the best one I found but I gather one of them still has some of the guns in situ. 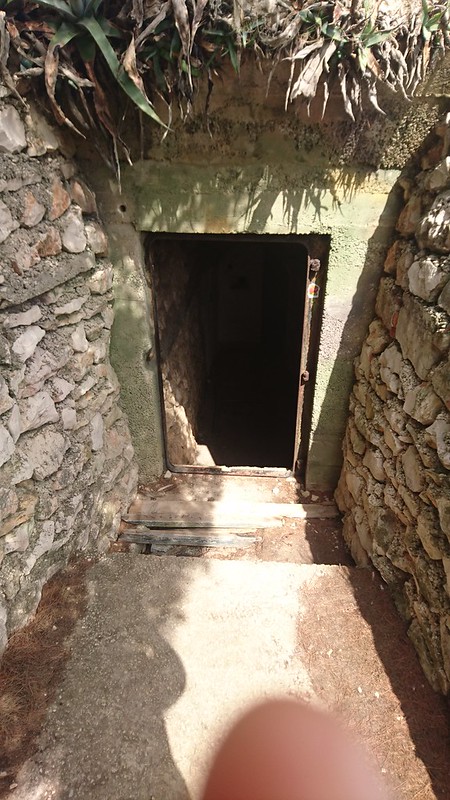 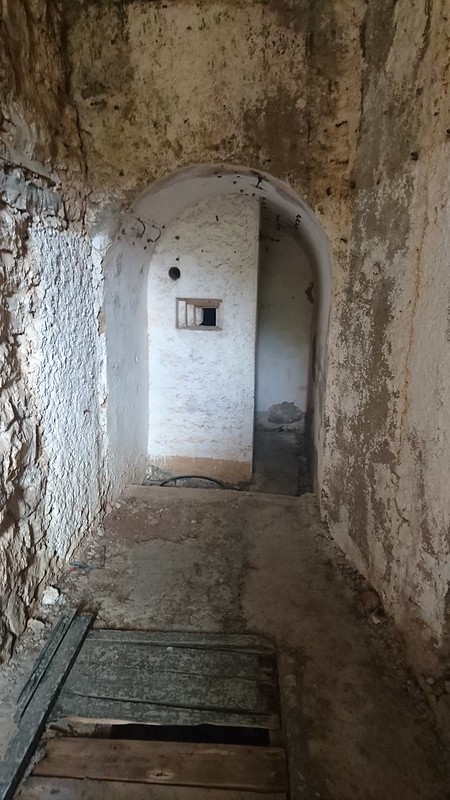 Once you get inside, it's basically one long tunnel like below.. 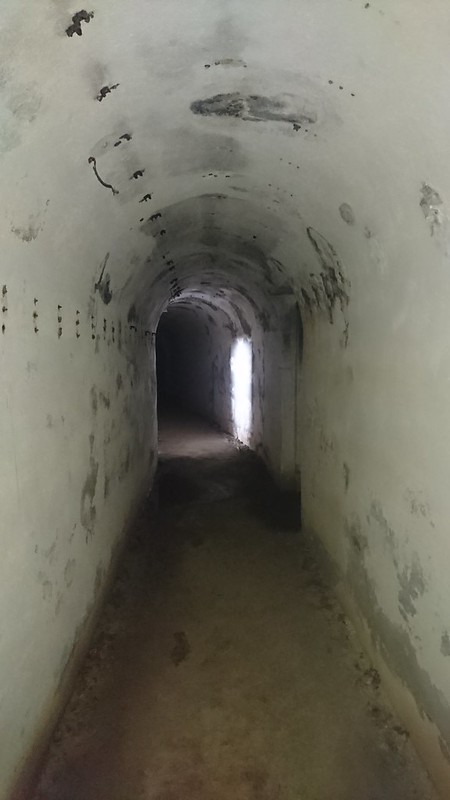 Which leads to 3-4 cliff emplacements... 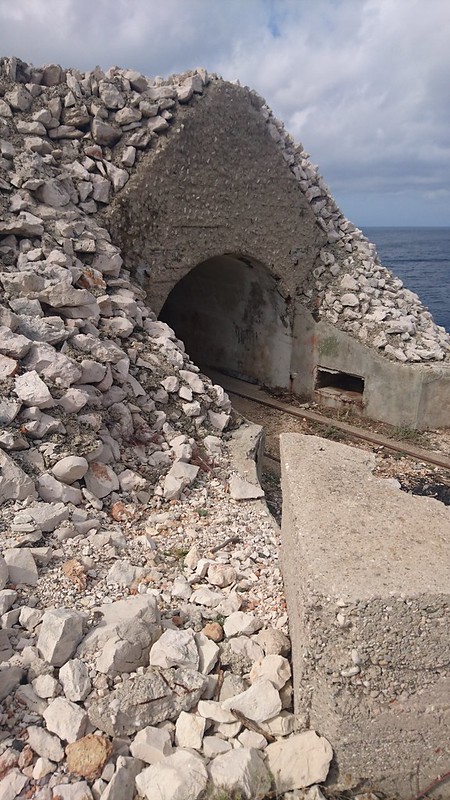 And a second entrance: 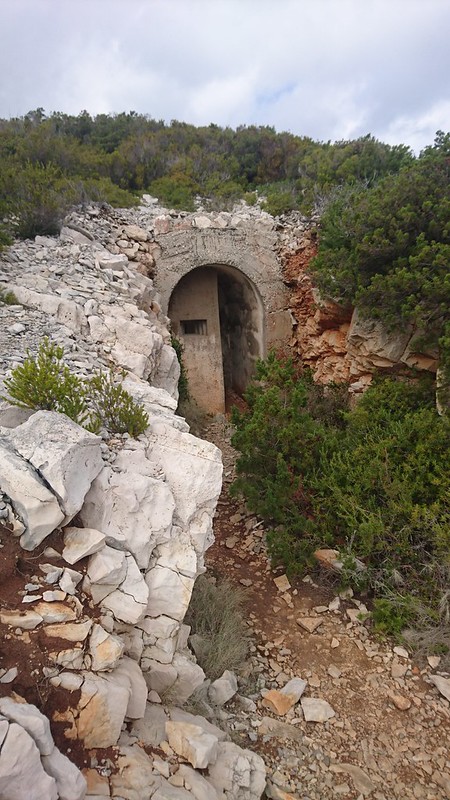 (I've posted this before - it's actually not that interesting; just a large dead-end water tunnel with a single tunnel going from one side to a personnel entrance). If you go for a swim in it you can see lots of tyres on the seabed which I'm guessing were used as bumpers for the subs) 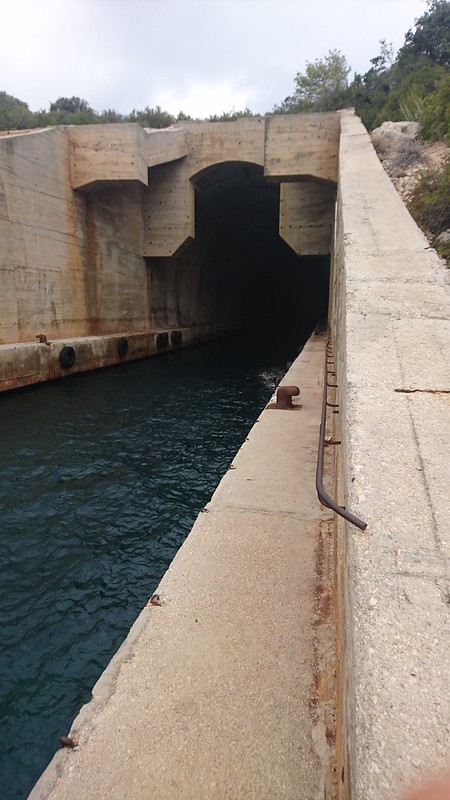 There were a couple of these I saw around the island - can't figure out what they are, if anyone has any ideas I'd love to know! Under the hatch was a very large room with water at the bottom. 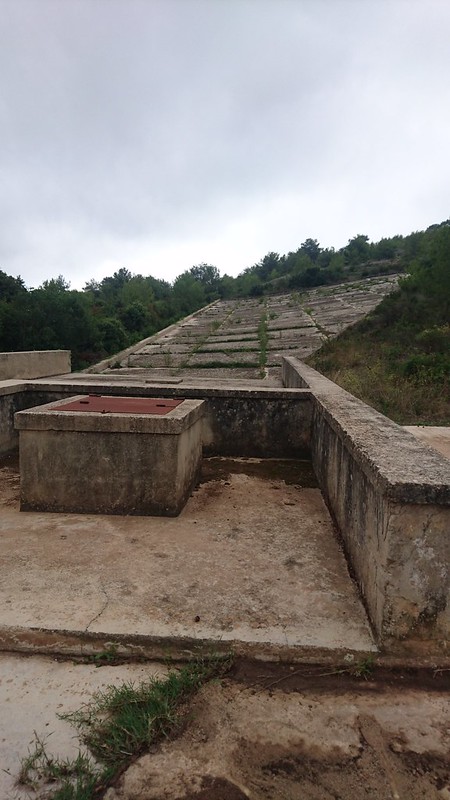 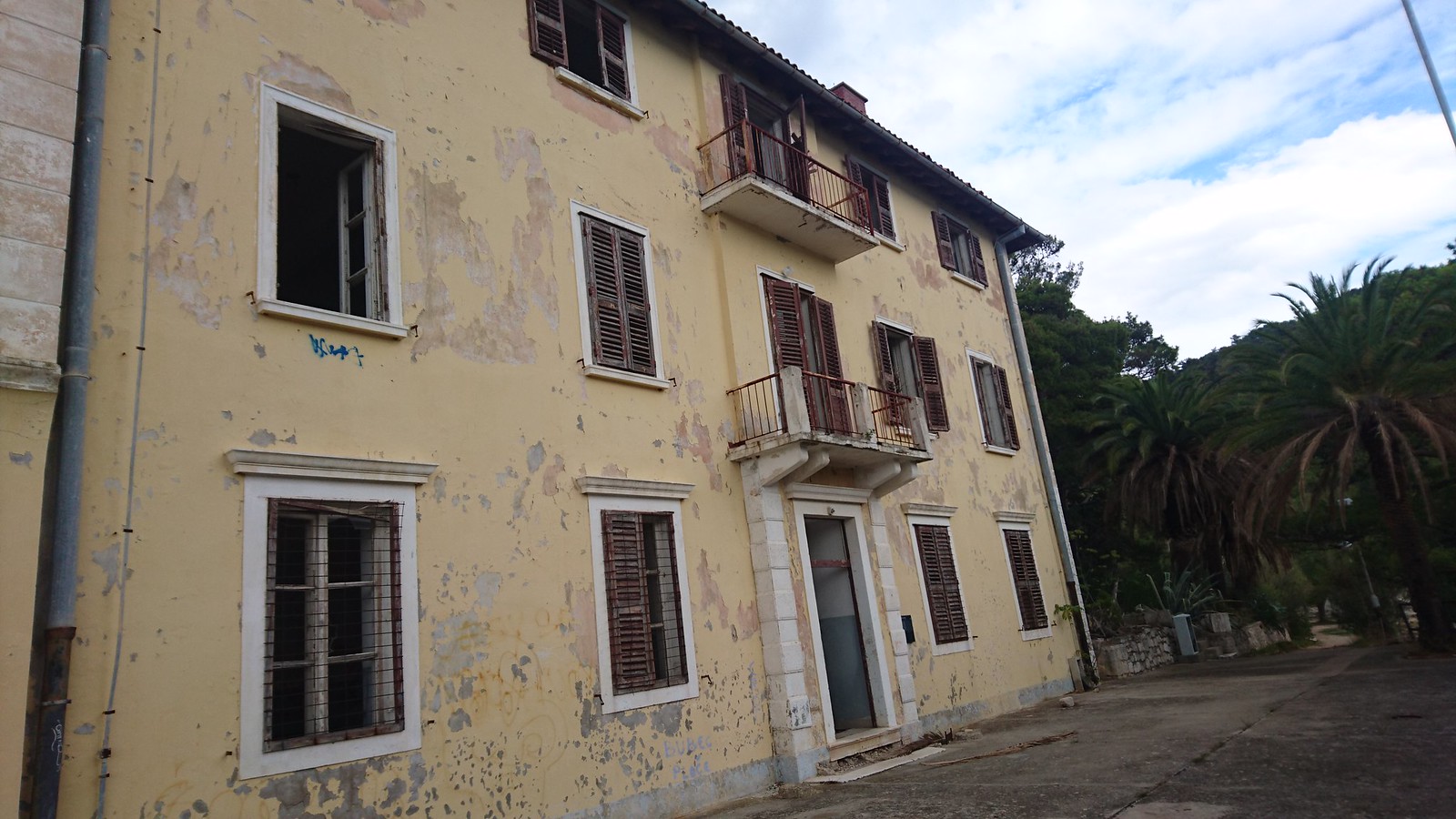 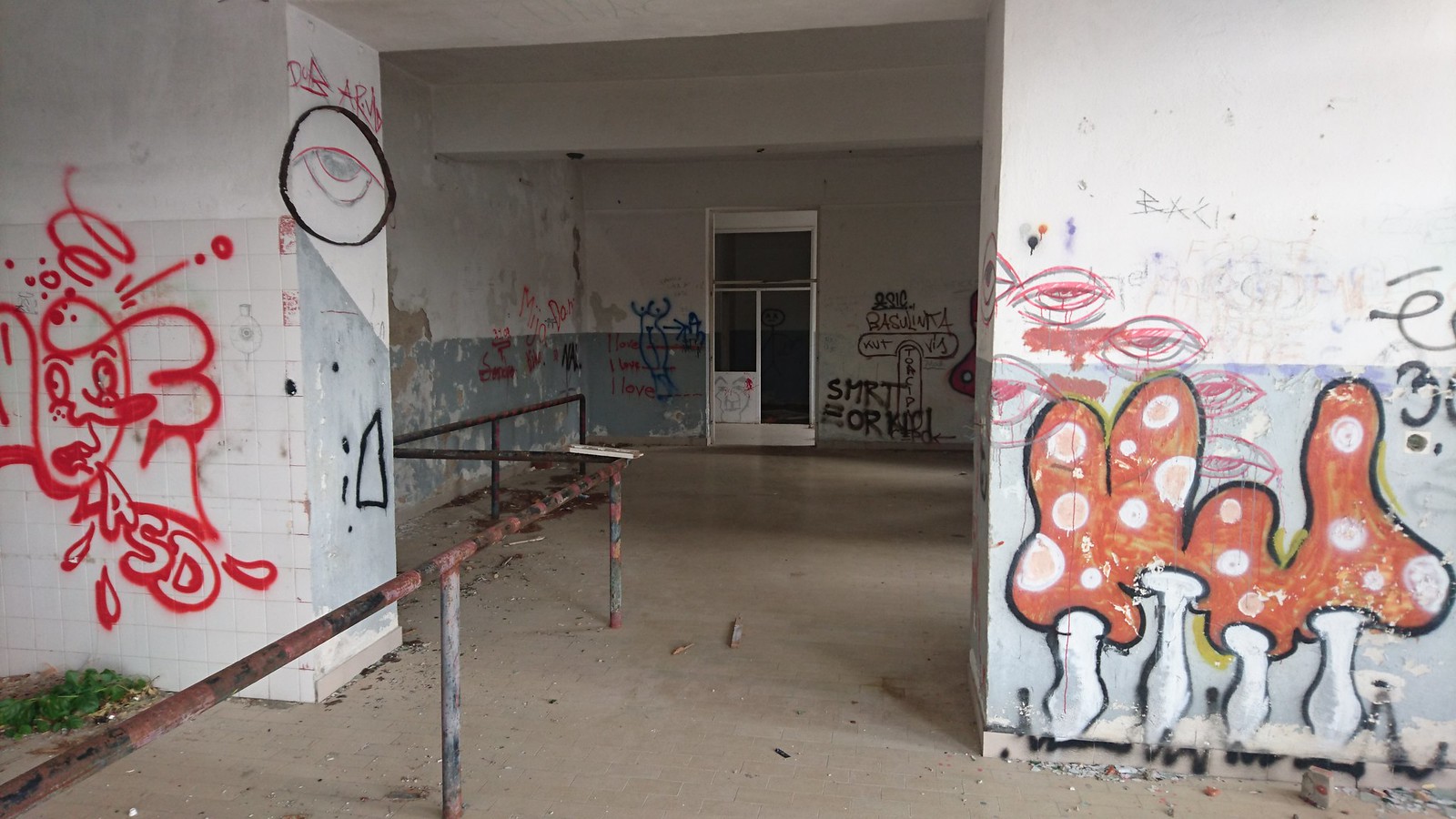 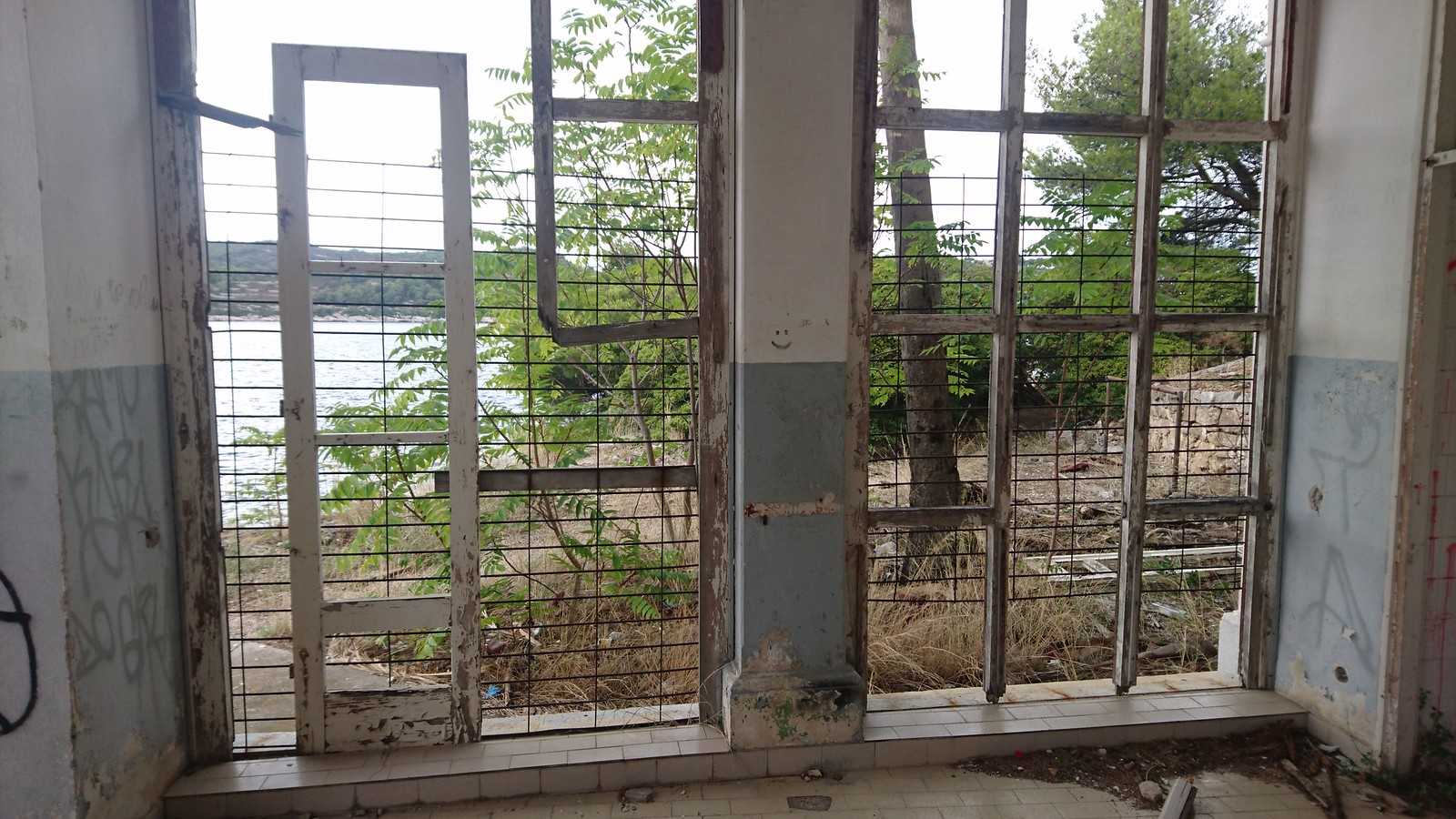 Paddled through the submarine base at Sibenik this summer, which was interesting, also known as Hitler's Eyes; and stopped off at Nicholas Fortress nearby which was interesting. Sat on an island in the entrance channel to Sibenik, lots of deserted army camps nearby. I don't think you have to go too far in Croatia to find something interesting
Free and easy down the road I go, Livin' life like a Sunday stroll
Q

28DL Full Member
I think these concrete surfaces are for collecting water.
I have seen the same on Grgur and Goli island.

Qsi said:
I think these concrete surfaces are for collecting water.
I have seen the same on Grgur and Goli island.
Click to expand...