Regular User
Having made three trips to mobil and being nabbed by the security guard TWICE, I made a revisit with Xan Asmodi and Ex0 this time was equally eventfull after we had a run in with a gang of cable stripping monkeys one of whom was a total monkey and started playfully testing the water by asking Ex0 for his camera bag and asking Xan for a tenner..thankfully they could tell that we were pretty unfazed and eventually made off with thier haul when thier lift arrived but I had hold of my Manfrotto monopod in a baseball bat stylee. All this and the excitment of Xan sinking to his nuts in an oily watery mix after miss placing his foot and falling through an iron grate....the clumsiest ninja and the wettest but he pressed on regardless.

These pictures were taken over two trips to the site and unfortunately not a the pipe fest that I had hoped for but here they are....I can only repeat the warnings DONT VISIT HERE ALONE! 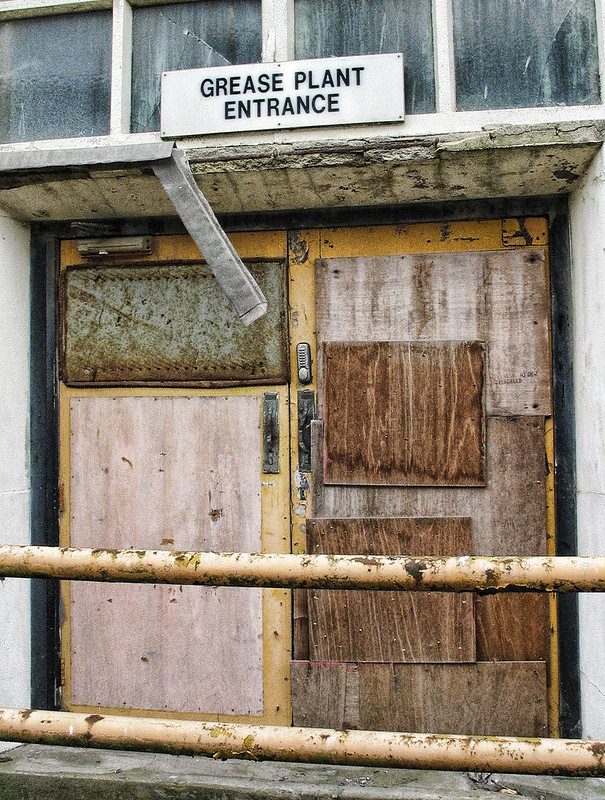 I took this just before getting nabbed by the very nice security guard, he told me that the pikeys had ripped these out whilst still live and in so doing cut all the power to Mctay marine...looks like a big cyberman to me. 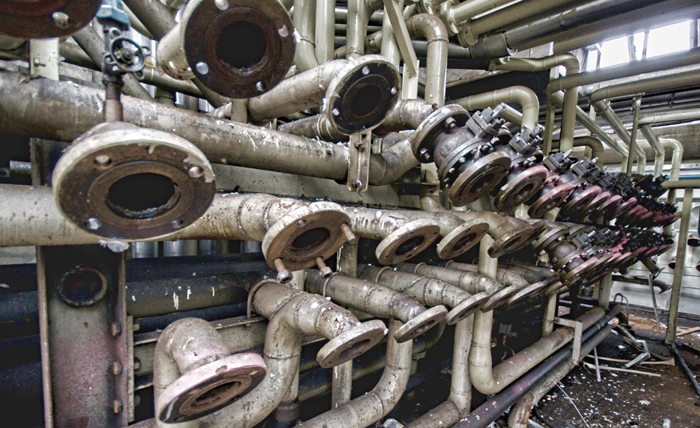 Inside one of the halls 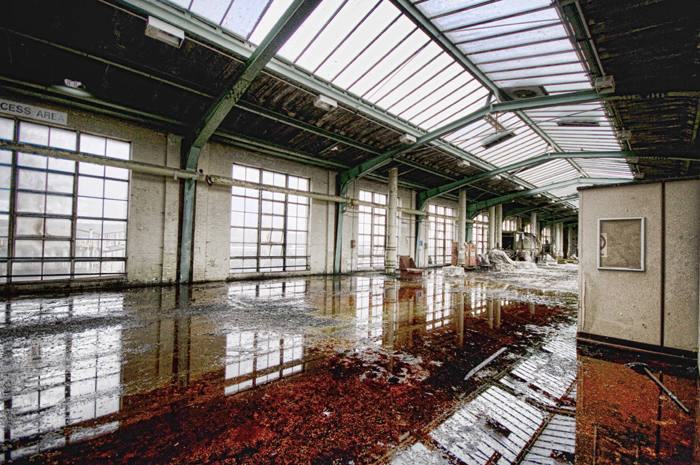 The security guard informed me that this was were the cable stripper had fallen and died after putting three ladders together and jumping across from this one that he had robbed off a ship, still plenty of SWA to be had. 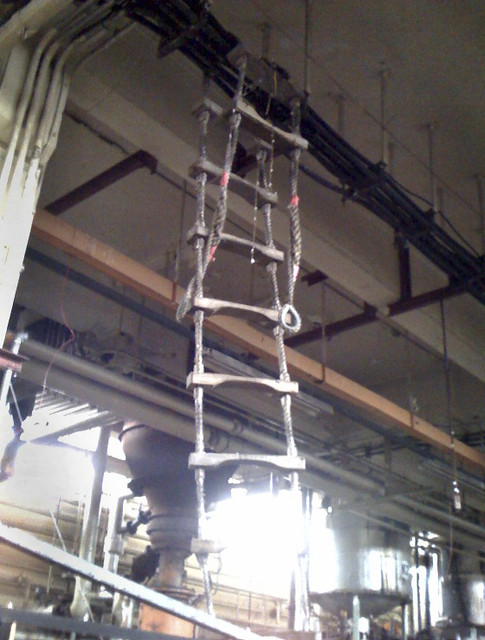 One of the tanks that has had a grill welded over it to prevent access, funnily enough one of the Pikeys we met said that he slept in a tank and sure enough Ex0 had seen a made up bed in said tank. 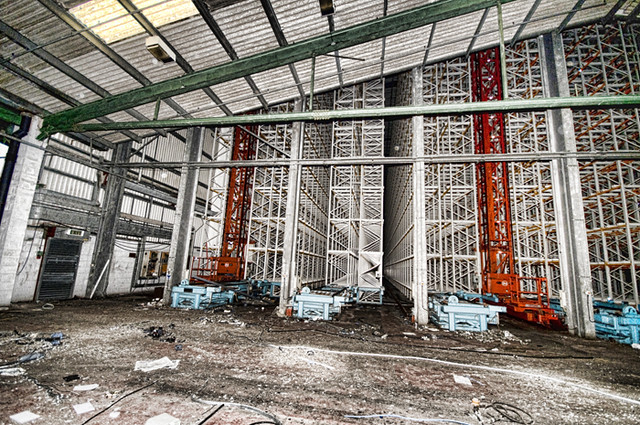 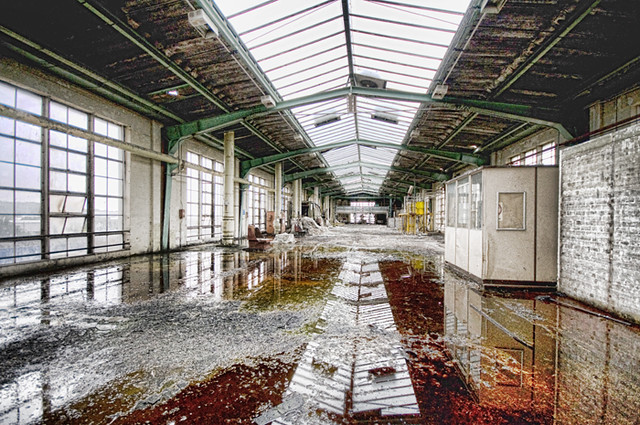 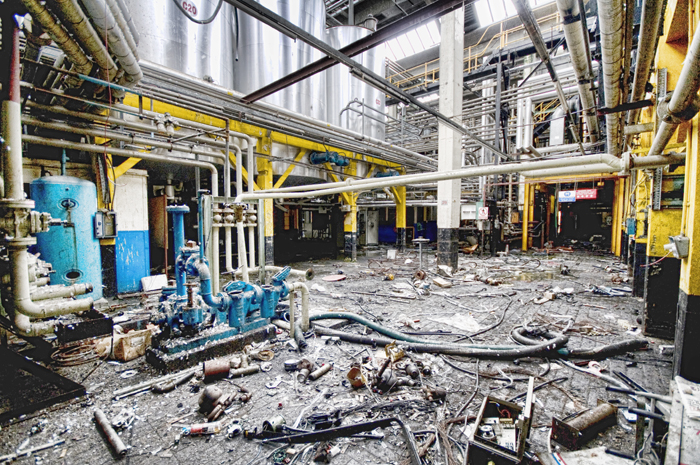 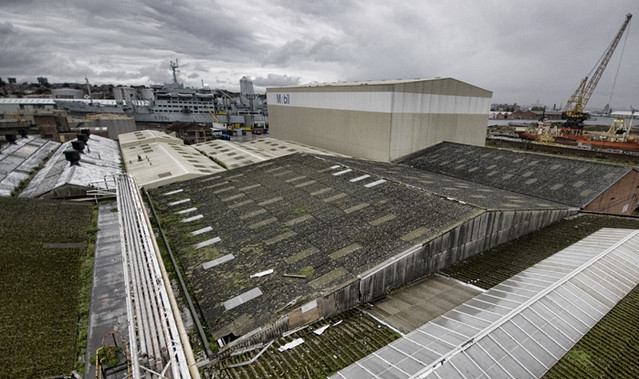 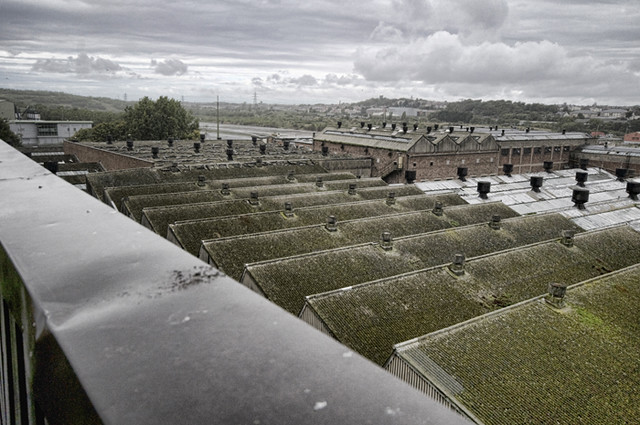 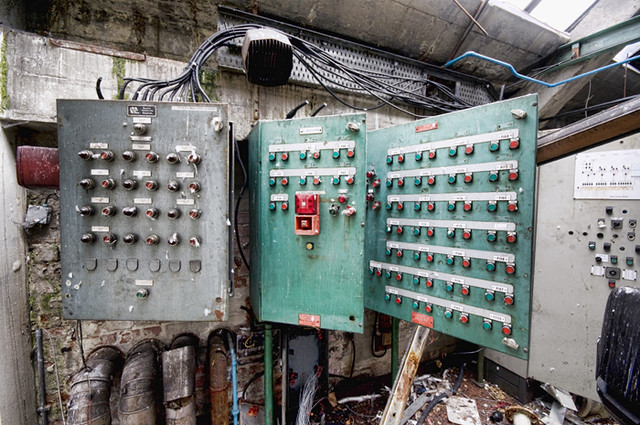