This was aranged earlyer in the week and i've been looking forward to it all week, I had read lots bout the place, and people who had been kept telling me how good it was, but i decided to hold judgement untill i had seen it for my self

We drove up the lane to this place as far as we could, we than parked the cars up, got the stuff togeather and set off on the 40 minuite walk up the hill to the location of an old vent adit, access is well documented on the interwebs, so i knew we once we got there, we would have a 30 / 40ft abseil into the mine.

the trip up was hard work, it's not that steep, but the weather wasn't great and it is a constant up-hill walk! once at the top, i looked back as was greeted with this awesome view.. 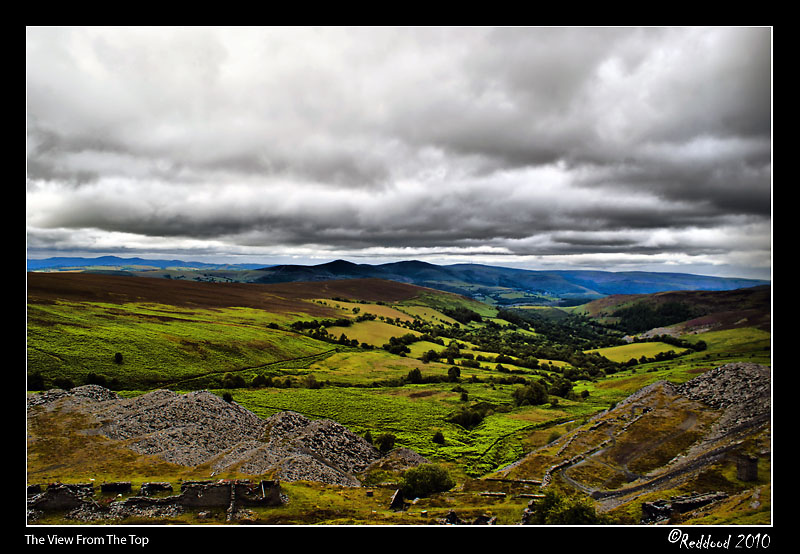 another short walk and we were there, a big hole in the ground, in no time at all EWJ had the ropes rigged and we were ready to go down! 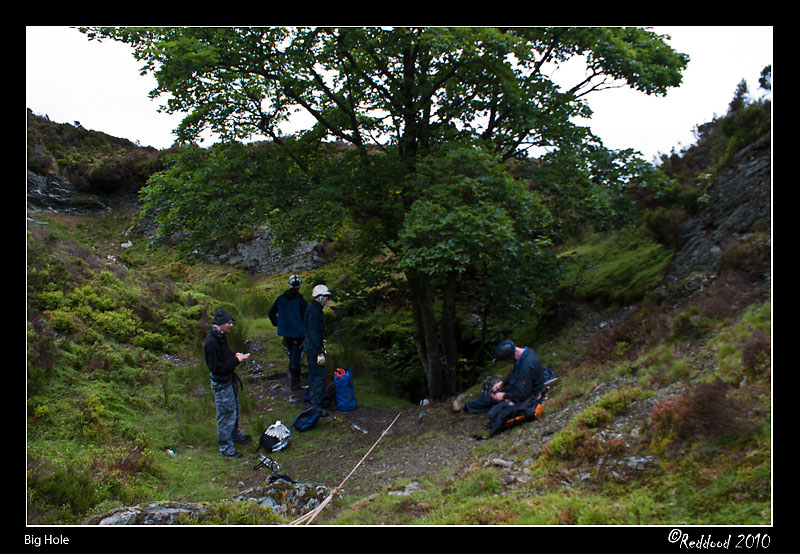 once we were ready to roll, technobry went first to catch the two at the bottom who were having to be belayed down, EJ followed, then EWD lowered the other 2 down and went down his self, leaving me to clip on and slide down.

once down, you are greeted with a dark, damp, muddy, dirty passage way, there is tree roots hanging down, and watter dripping, it's hanging, i was starting to wonder what was so "awesome" about this place appart from the abseil into it. We kept going and WOW.. you are greeted by a HUGE cavern, you really cant capture the scale of it with a camera! 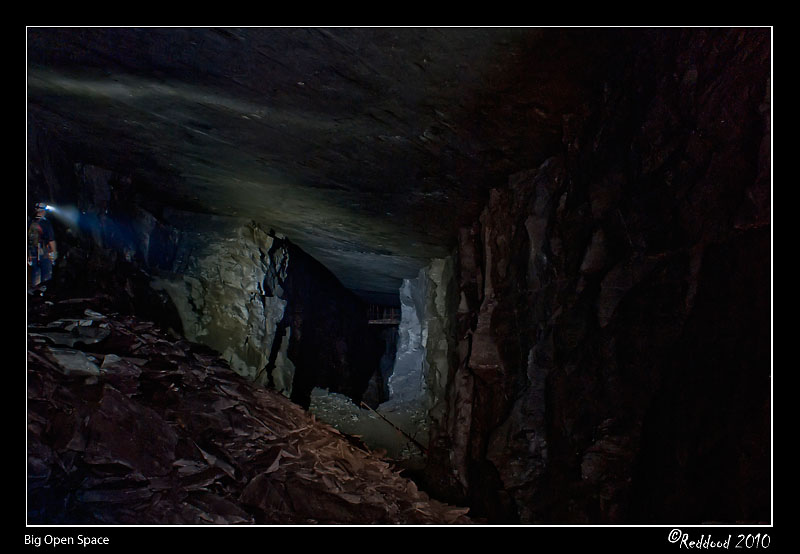 after we coninued for a short while, we spotted a hole in the wall that was large enough to crawl through, EWJ said it comes out on the area we were going to anyway, as i have a fear of been underground and dont like been in cramped spaces, i decided to give it a go anyway, i think this is about maybe 50 - 70 meters long and really slippy, 3 of us went this way, while the others walked around. 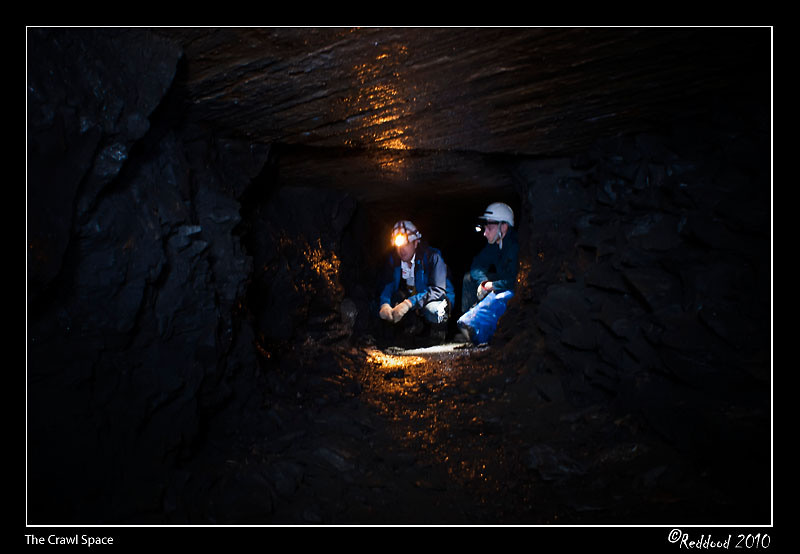 once out, around the corner and down the passage we were greeted by the BOD.. EWJ goes first, skipping over it like it had just been built, i followed at half the pace watching every step i took. 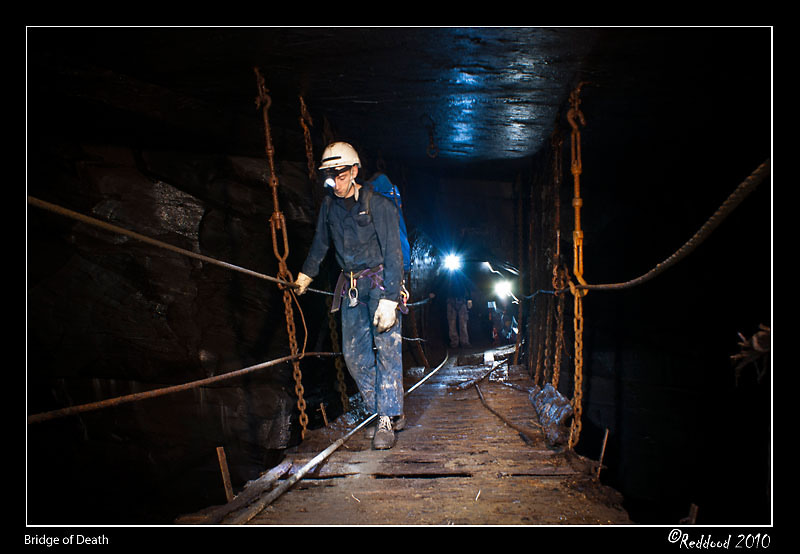 At this point, New Stuff said he wasn't feeling it and didn't want to cross BOD, to be honest, i dont blame him, but as the rest of us were over, we left him at that end and we told him we wouldn't be long.

we continued a touch further, and made our way down into a lower chamber. 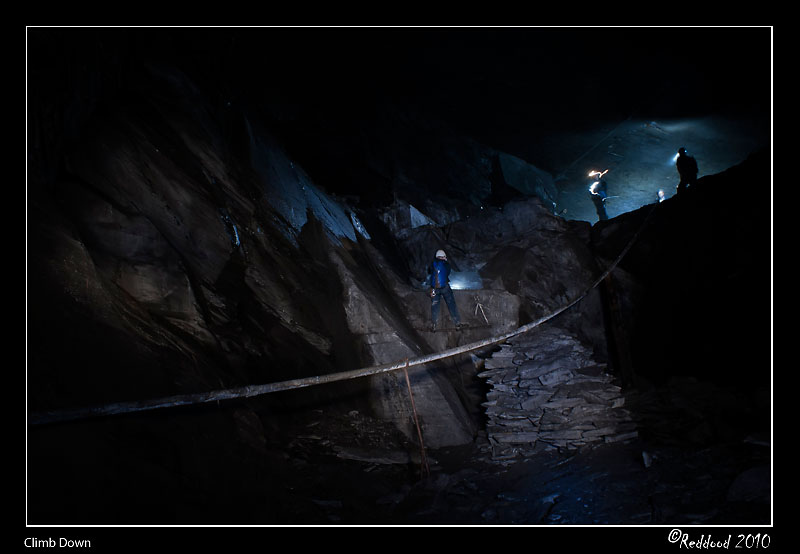 and then round to under the bridge! 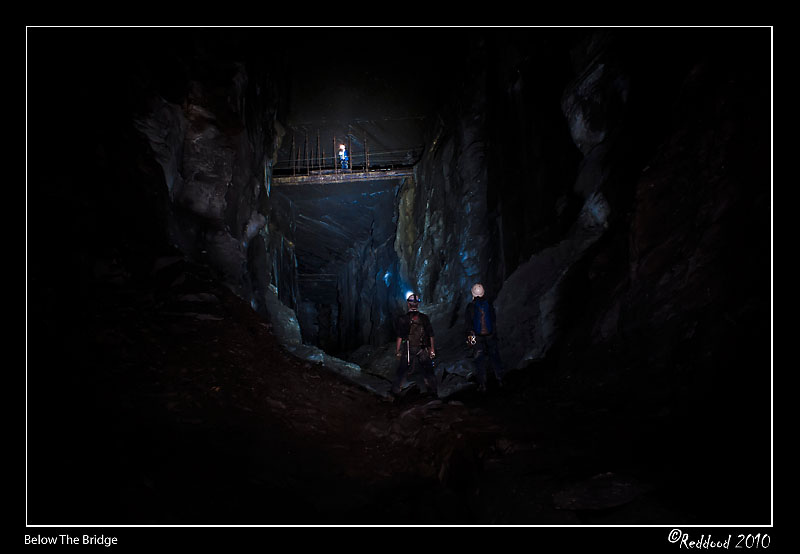 here we just had a quick scout around, but as new_stuff was stuck on his own at the top of the bridge, we turned around and headed back, on the way i snapped a few more pictures, in no real order..... 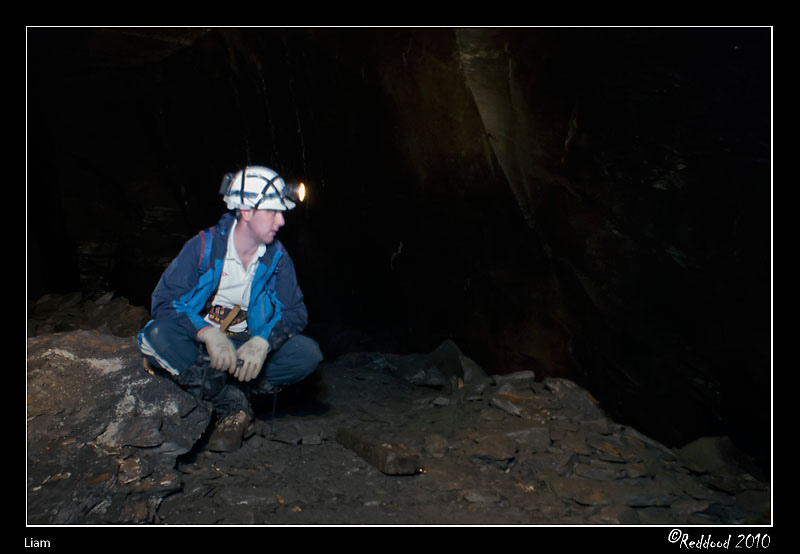 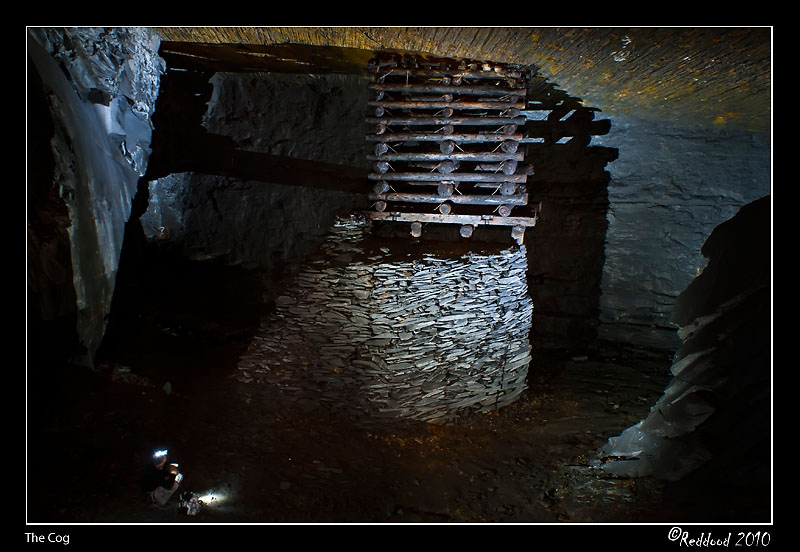 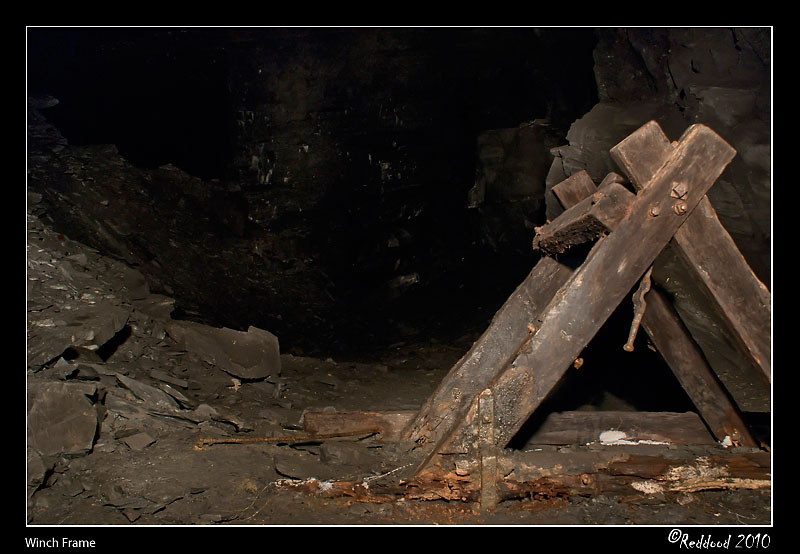 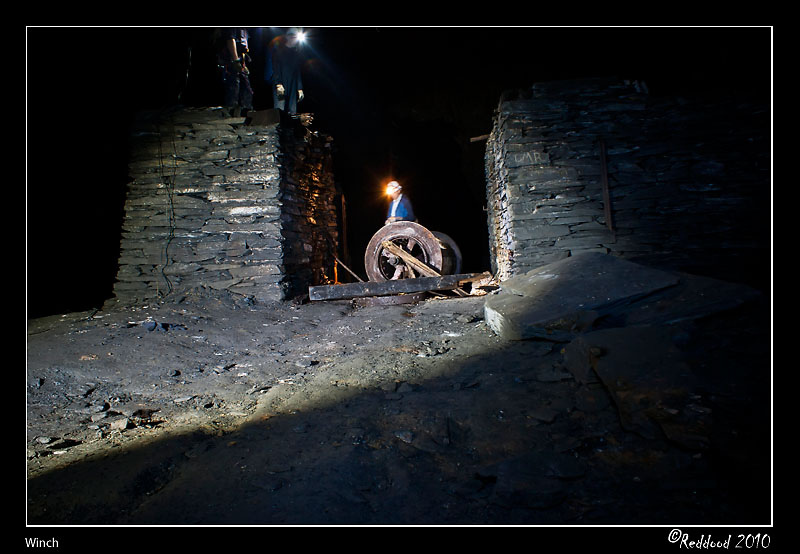 and then we made our way out! I can honestly say, the next 55mins were really funny! it involved people getting stuck, falling rocks, pully systems, swaring and bruit force 'n' ignorance!

but everyone got out in the end, without injury and without too much effort

then we headed back down to the cars.. 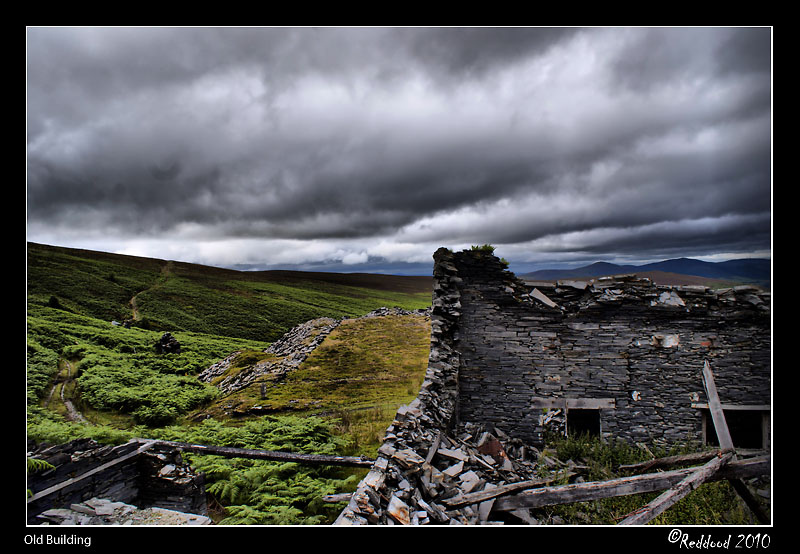 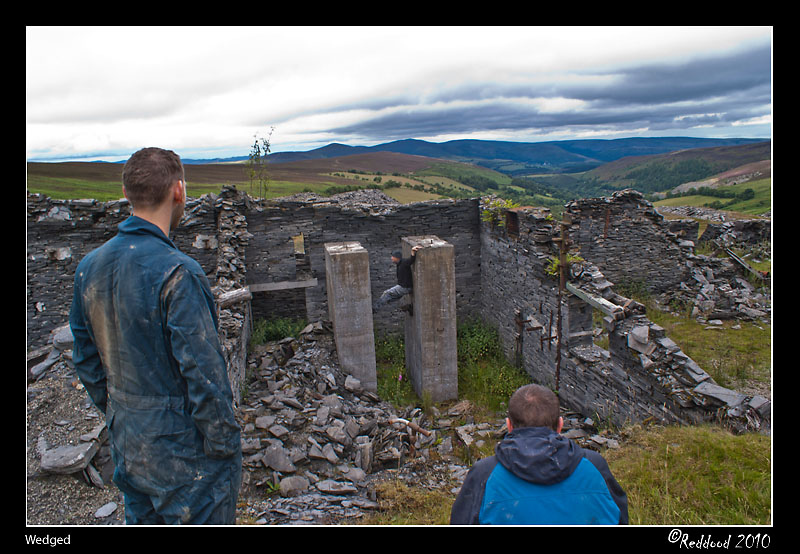 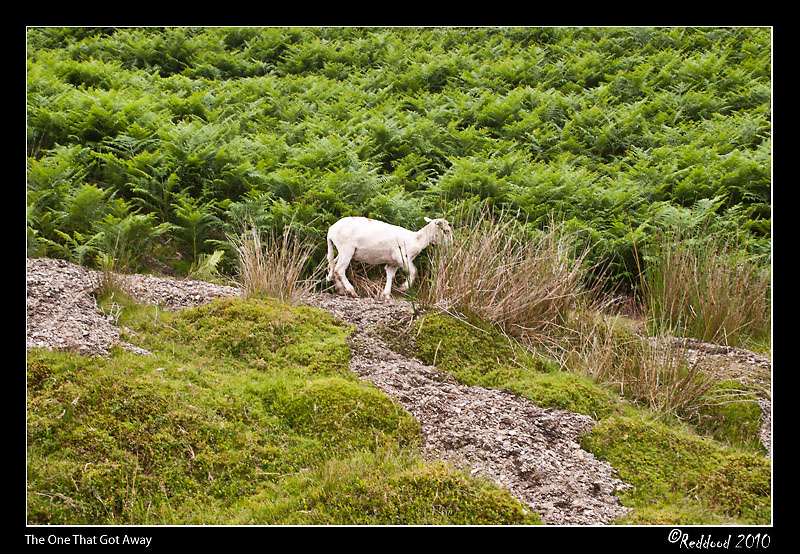 all in all an awesome day, we were down there about 4 and a half hours, i would say to have a real good nosey around you would need 8 hours and some ubber lights as this place swallows yourflight for fun.

some info about the place here from M-E- Moel Fferna was a slab producing slate mine worked entirely underground, and it finally closed down in the mid 1960s due to the lack of men willing to work in such a remote location. Because it was worked for slab, its waste tips and mill are small for the size of its output. In fact, what looks on the surface to be a very small affair proves itself to be an enormous mine under the turf (just under the turf in fact, as in places on the upper levels numerous tree roots hang from the roof).​
cheers for looking