The site consists of two areas (the main storage area - districts 12 to 18) and connected via a drift, districts 19 & 20

Each storage district is divided up into numbered storage bays, with passageways fitted with 14 miles of large conveyors to transport crates of ammunition around the mine

Built during WW2, the once 'Top Secret' establishment was decommissioned in 1965 and sold off in 1976


Despite this comedy signage.. 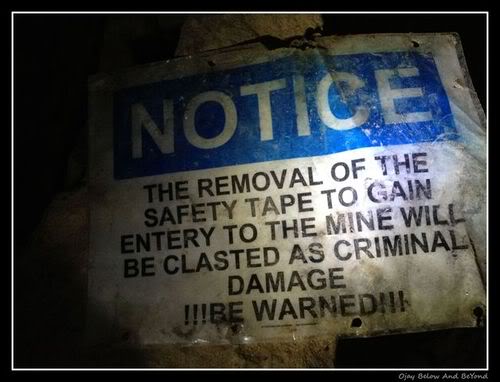 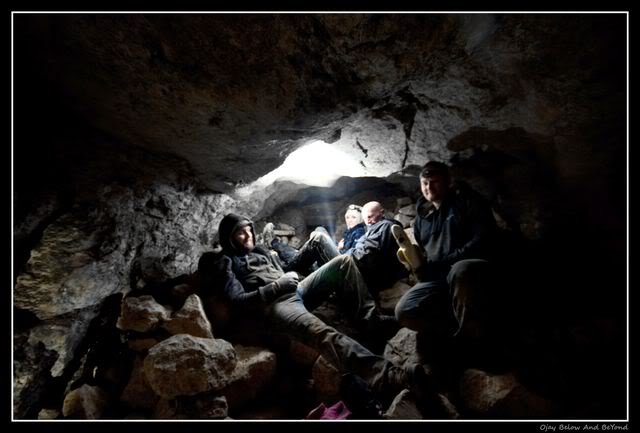 'GG' is a pain in the arse and I vowed never again!!

Starting life as a temporary storage area it was originally isolated from the rest of the mine, with no surface access, the only connection was via Browns Folly through a tunnel known as grahams grovel

Now destined for permanent bomb storage, it included anti-spark asphalt unlike D19 due to an earlier cost cutting exercise

(The Drift is a tunnel, half a mile long, that runs from Main West to 19
and 20 Districts) 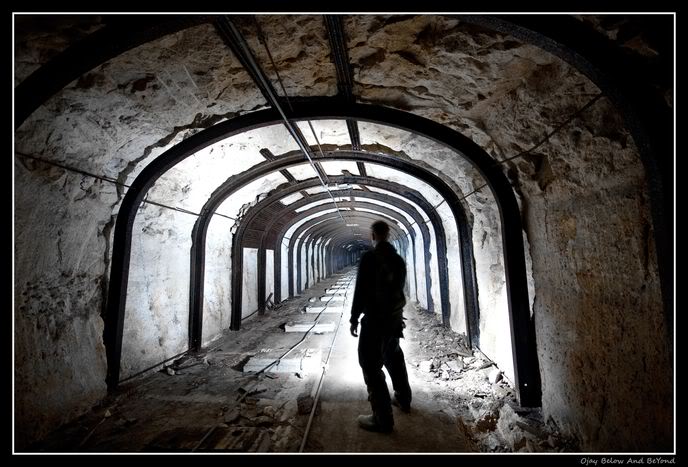 Miles of ventilation ducting directed conditioned air around the depot 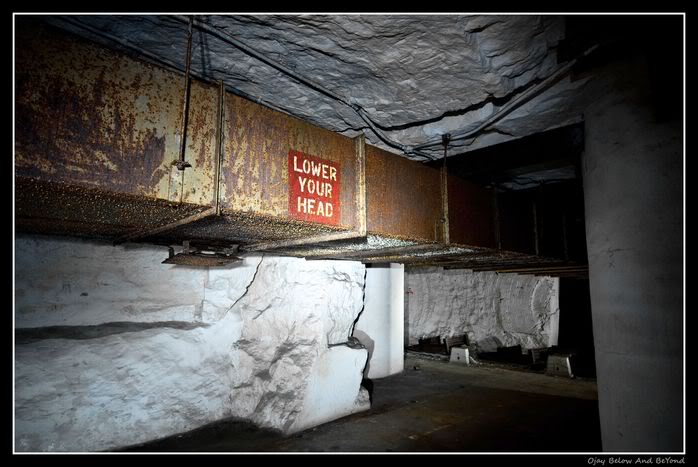 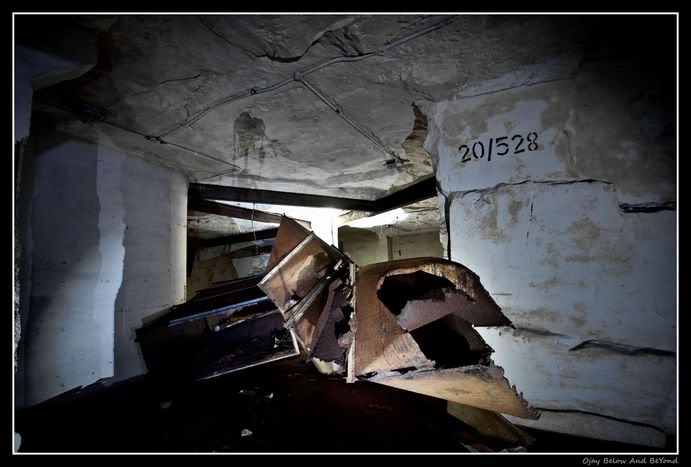 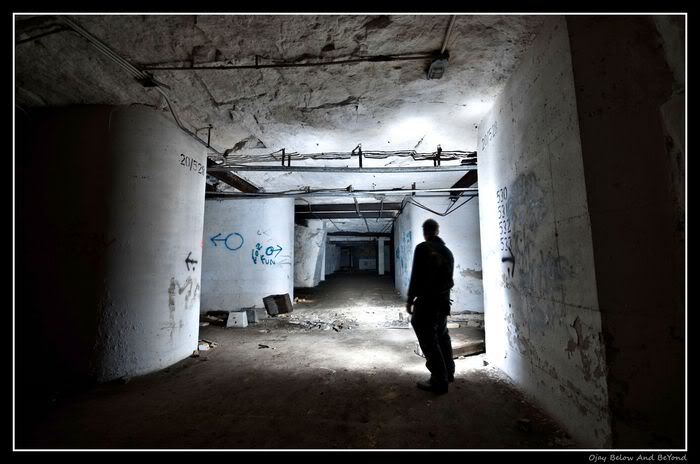 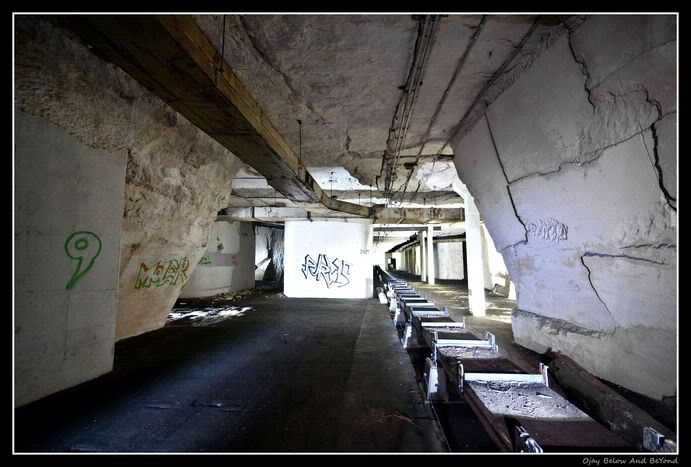 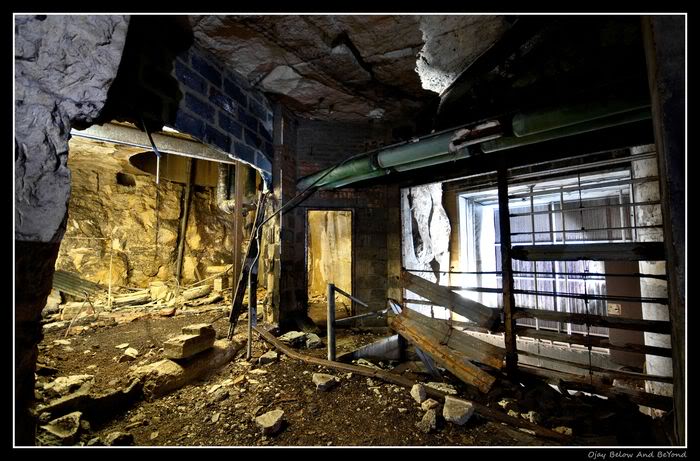 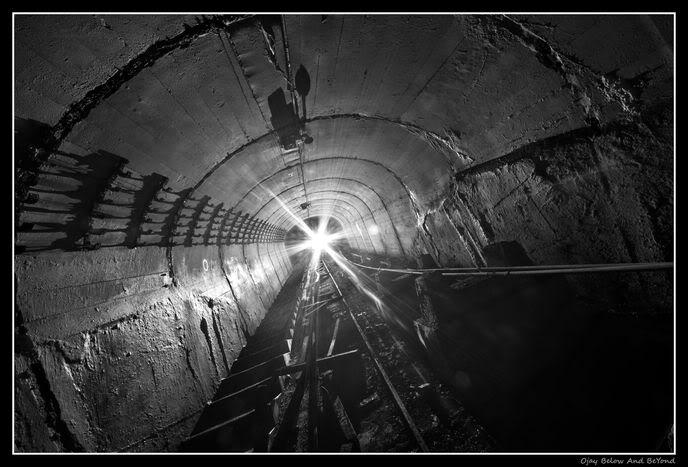 Top of 19/20 drift, Main West behind the bricked wall 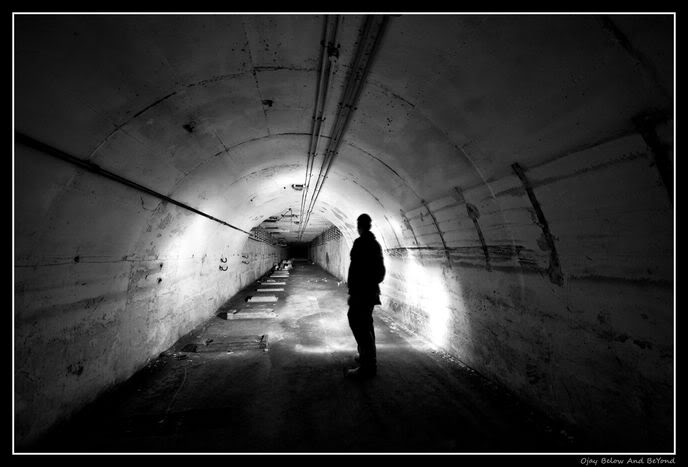 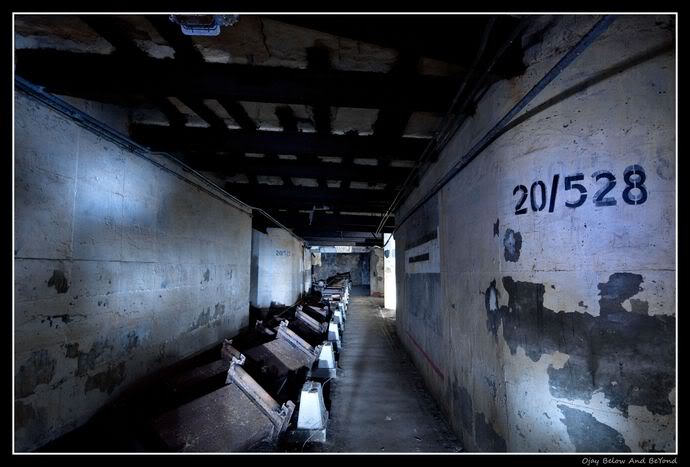 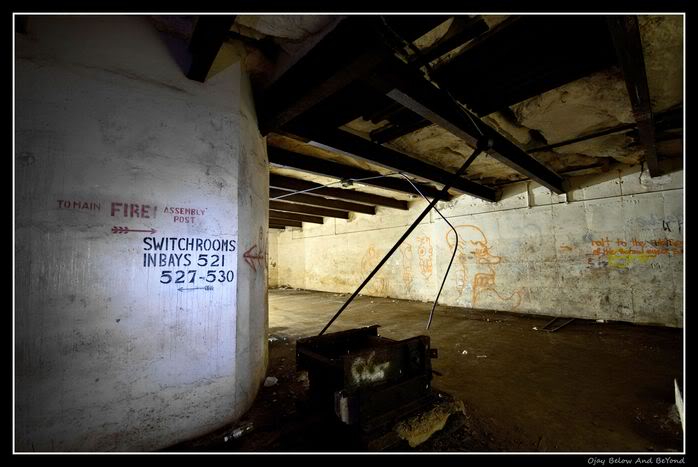 Converted by the royal engineers, 19 district was only going to be temporary and not used for ammunition storage

That soon changed and by 1939 was fully functional, with the exception of the usual spark proof flooring as it was never planned to be used for bomb storage 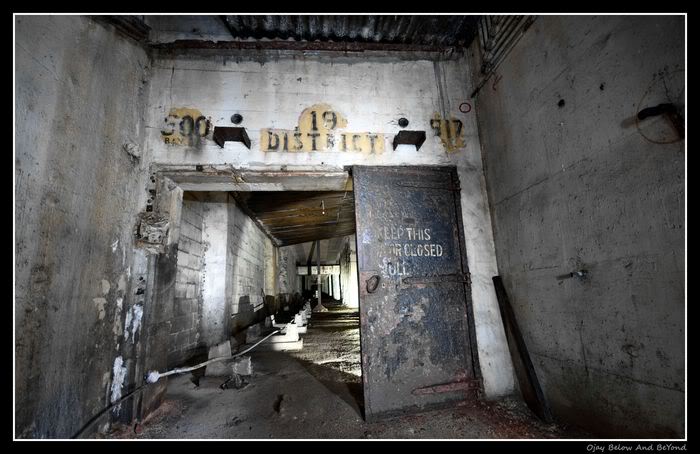 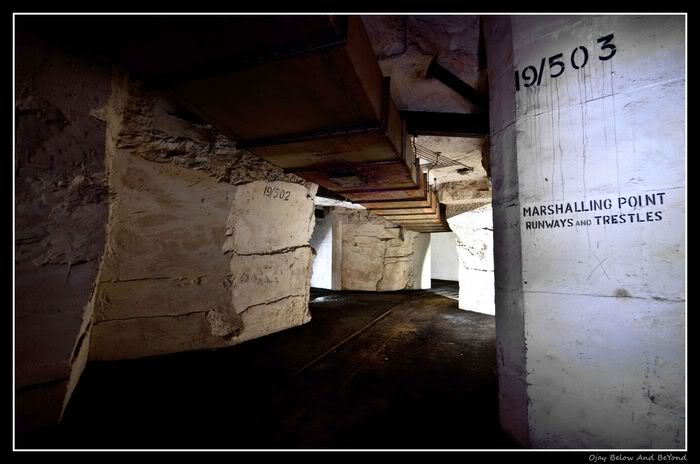 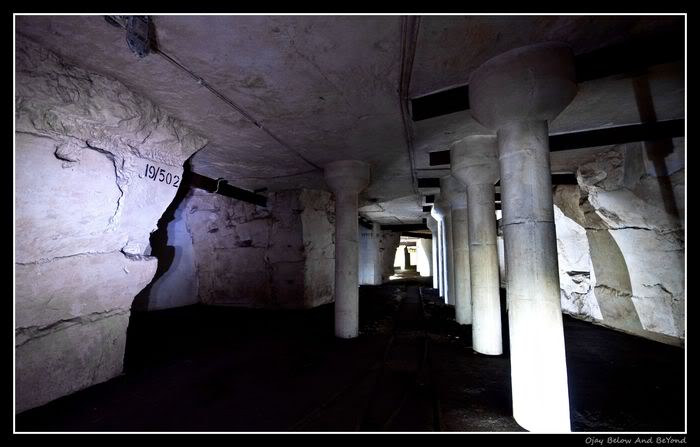 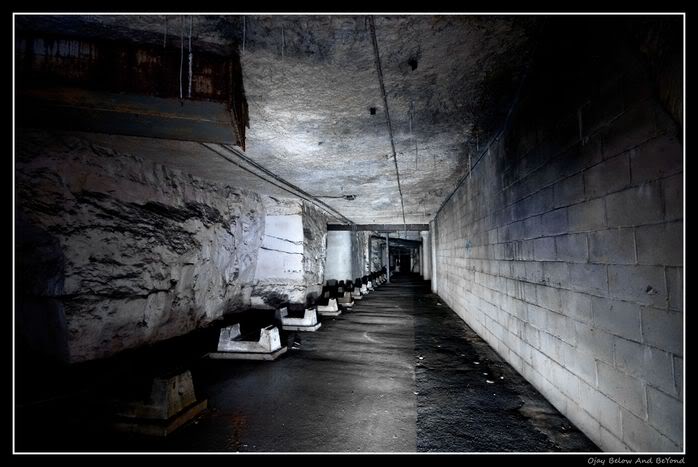 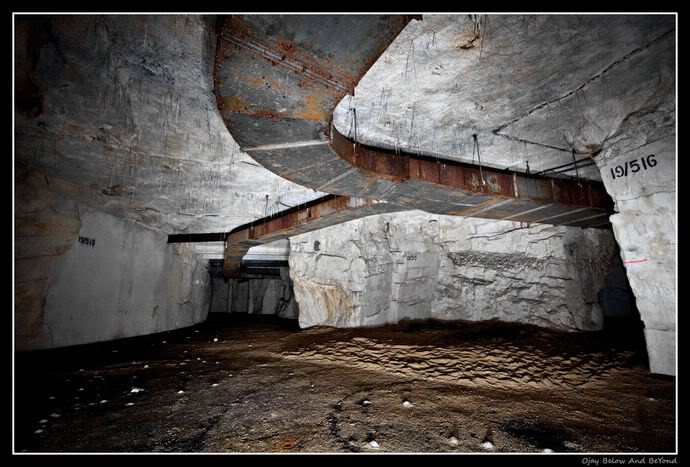 Looking back down the West haulageway towards the Drift 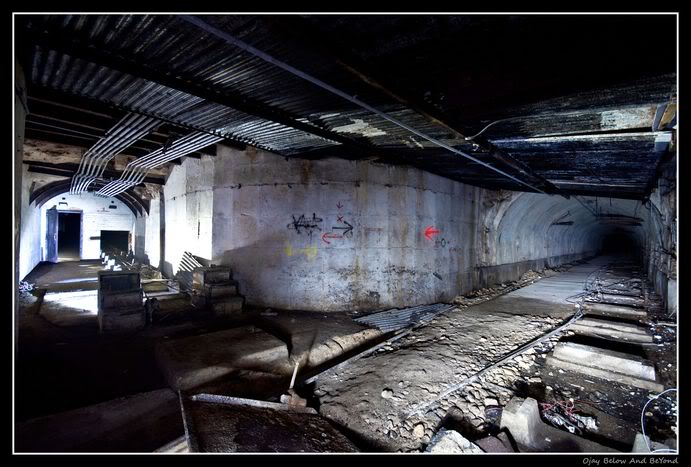 The Drift looking from 19 District back to Main West 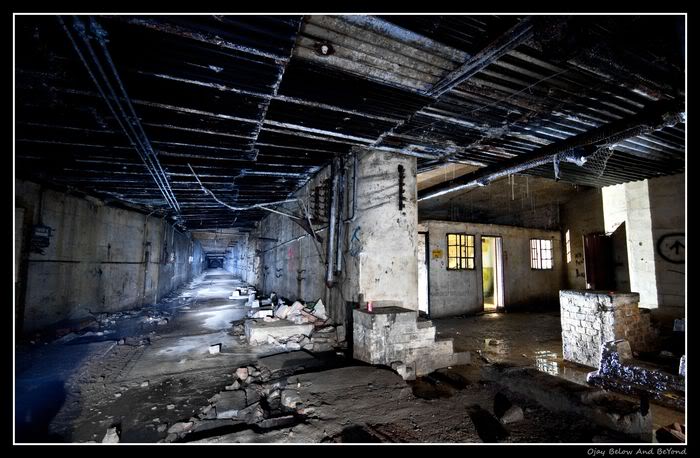 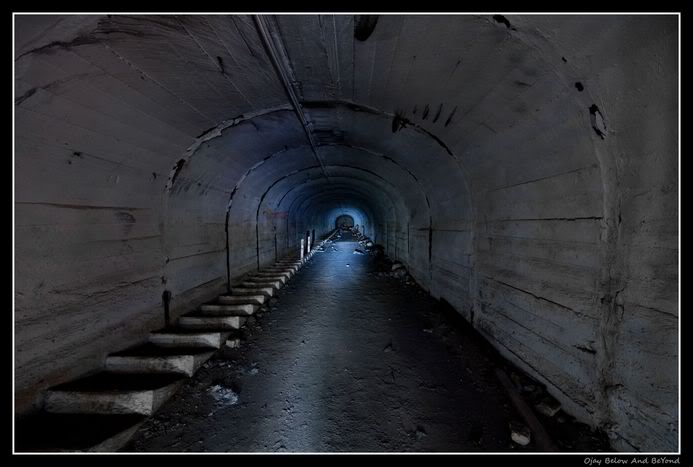 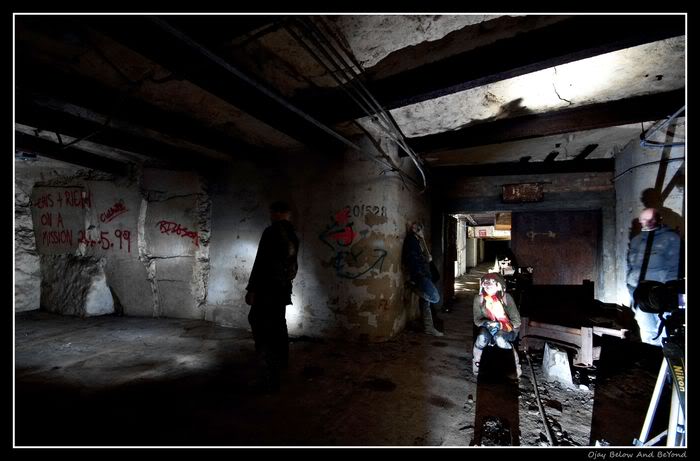