28DL Full Member
The pictures i had seen of the remnants of the aerial ropeway got me really interested in this on however i had no idea quite what a climb it was to the top. We had to chuckle as 2 people in full hiking gear with poles passed us in wellies and waders. I was pleased to be wearing my cheap as chips cave suit though which kept out the driving hailstones it also meant i could slide some of the way back down! The views of Coniston water certainly made it worth the effort along with plenty of artefacts and a huge cavern. 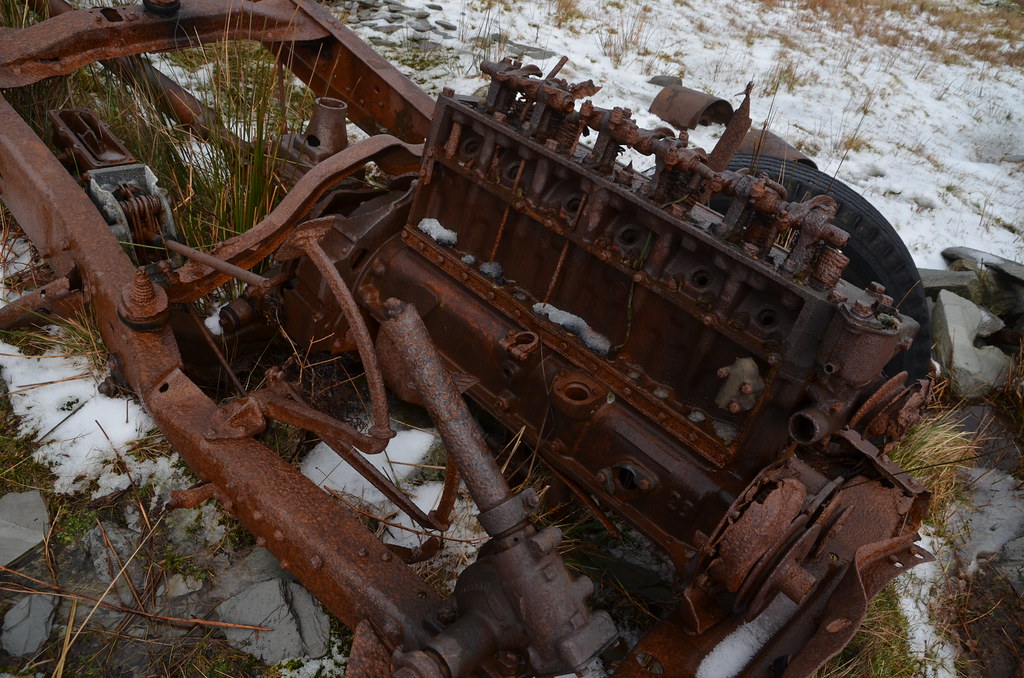 History (Fron Wikipedia)
The Old Man slate quarries were believed to have started in the 12-13th centuries, although there is little evidence on site of this. By the 1500s the quarries, working a kind of volcanic slate silver-grey in colour, were well established. The earliest major working shortly after this period was probably at Low Water Quarry, where slate was prized in an opencast manner from cuttings near the summit, Scald Kop Quarry, where a large cavern was formed from slate extraction on the surface, and the Saddlestone Quarry, again consisting of two 'caves' where slate had been quarried to form underground workings. 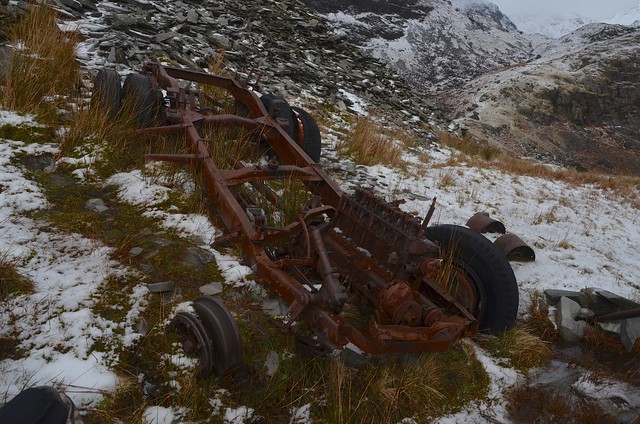 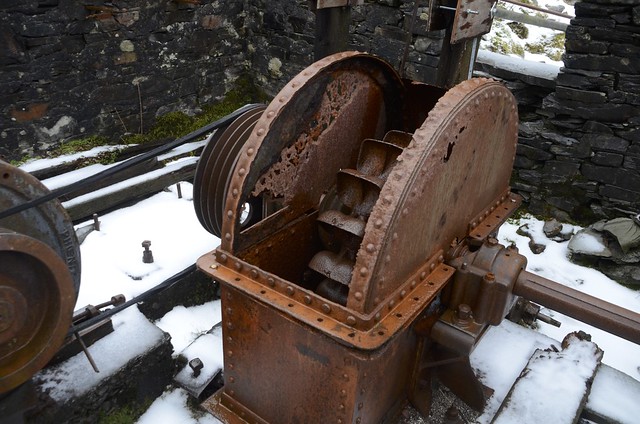 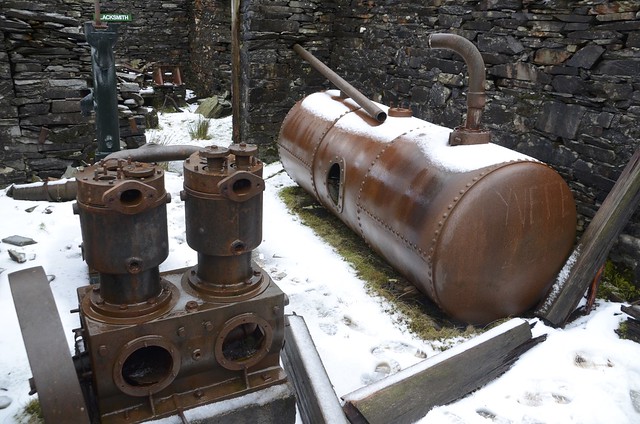 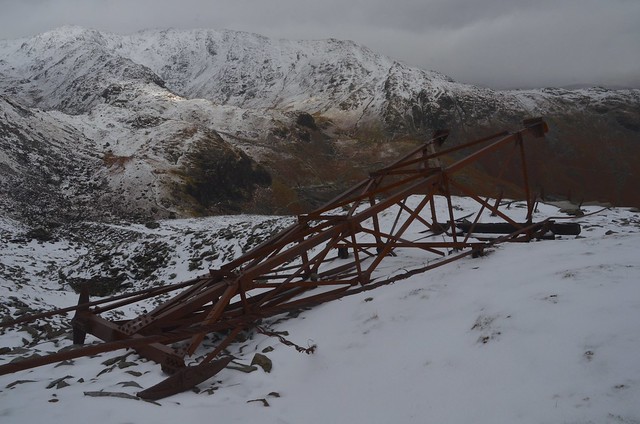 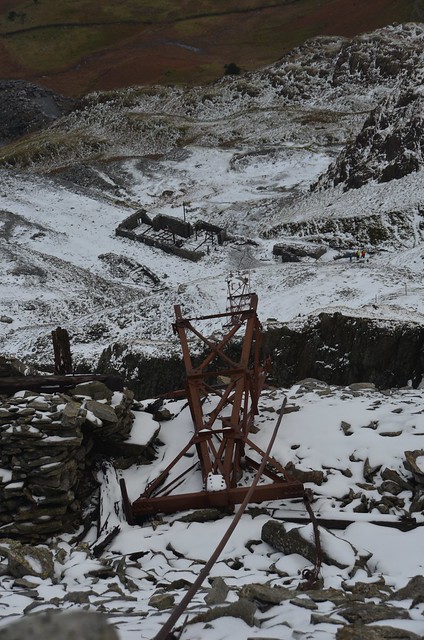 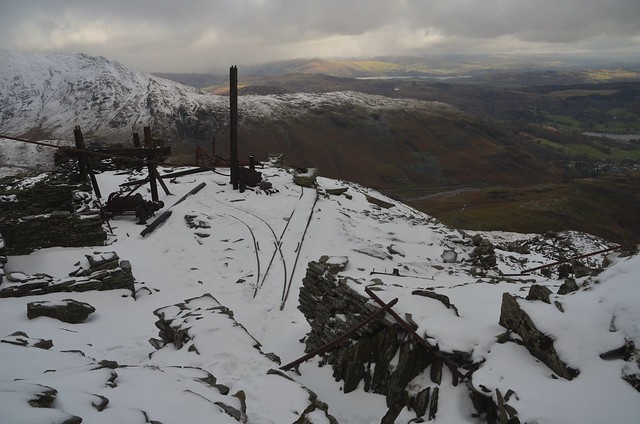 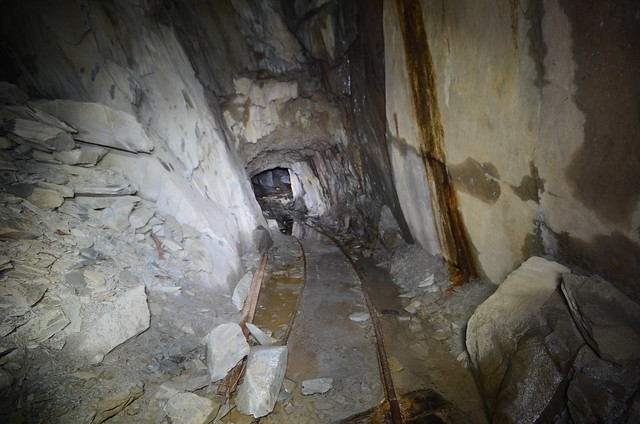 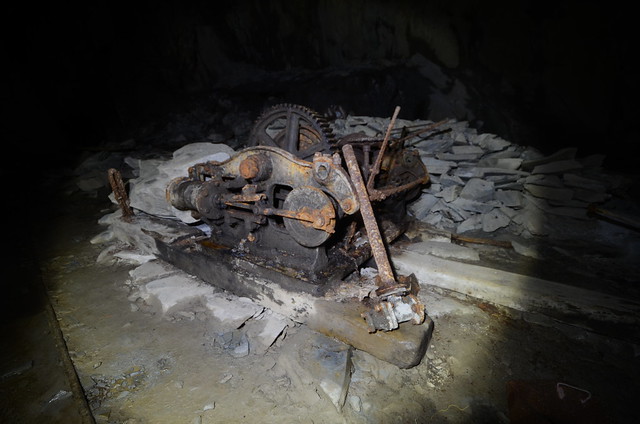 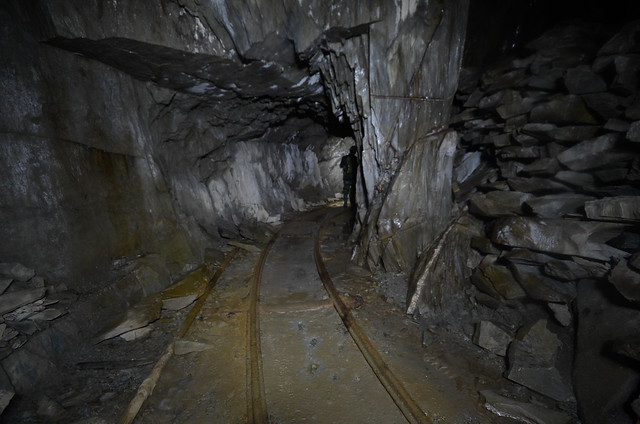 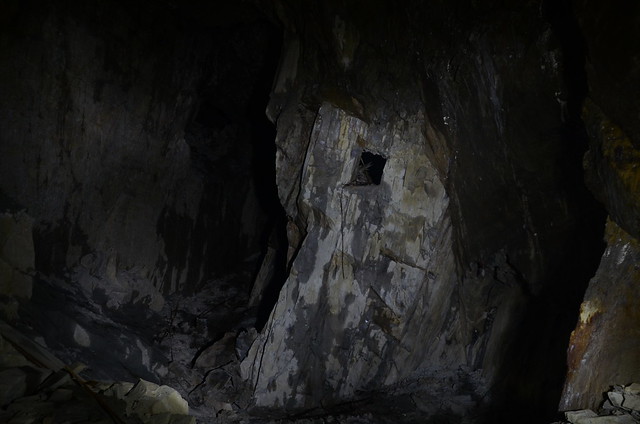 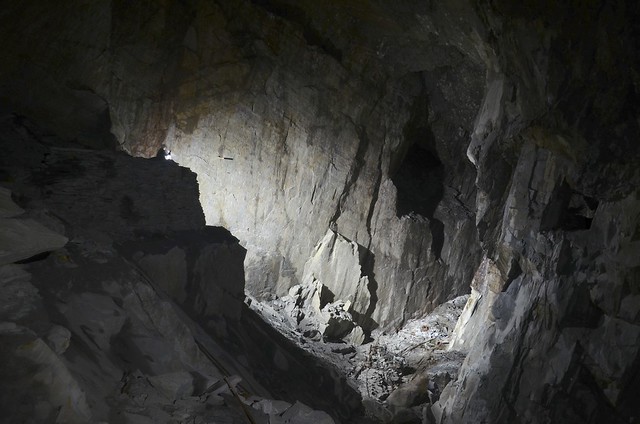 Impossible to show the scale of this cavern, But you might just make out the figure to the centre left of the shot. 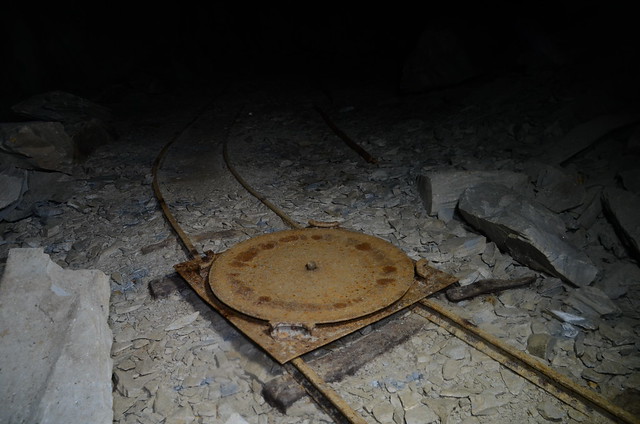 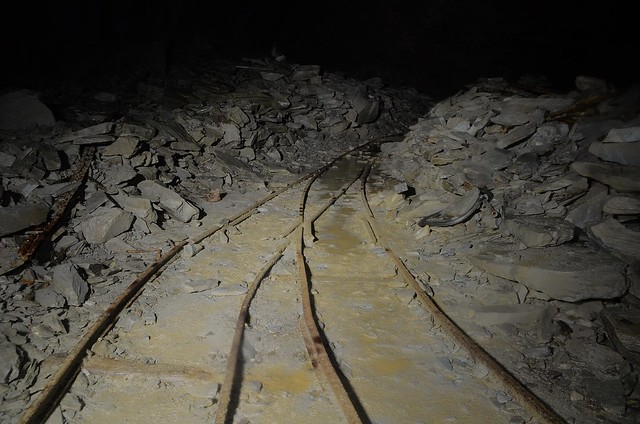 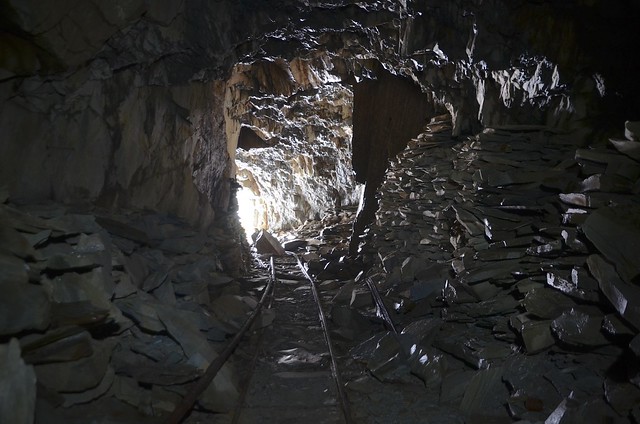 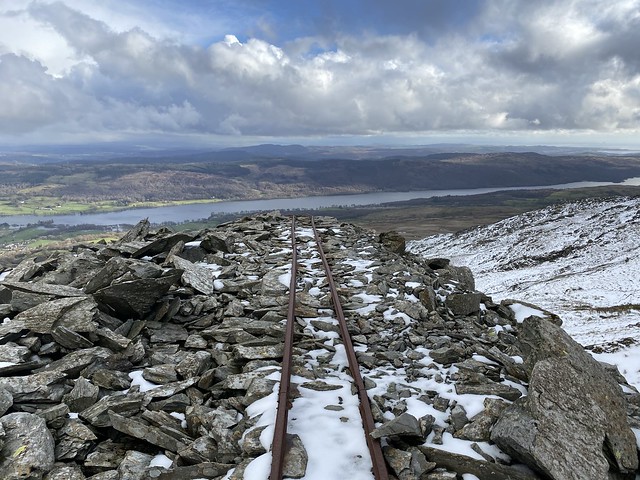