Guest
Further to this thread, we've gone back, and beyond the bricked-up passage. Although I said the emergency exit route was bricked-up, there is actually a small gap above the bricks (not made by me) which is just big enough to squeeze through. Didn't want to do it last time for fear of not getting back, but this time we came prepared: 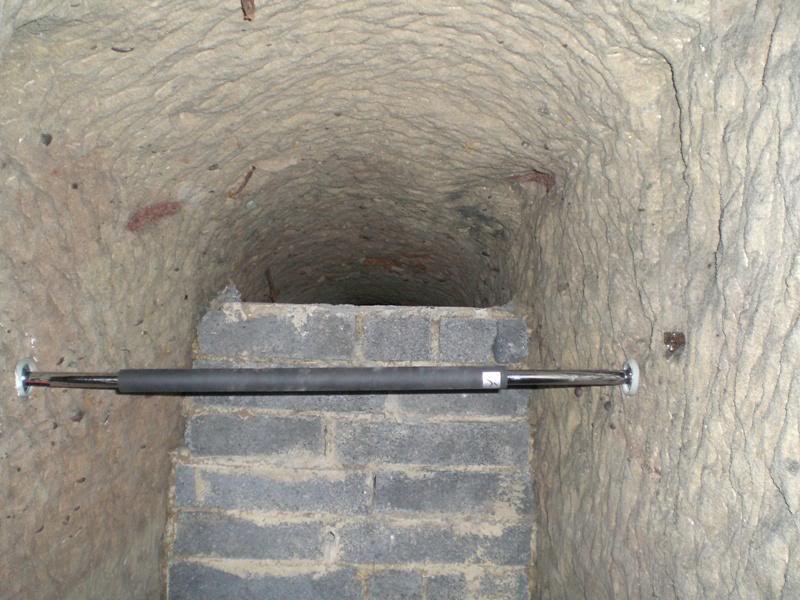 ...with a pull-up bar to help us along on the other side

Beats landing on your head from six feet up

Ended up getting covered in sand on the way through- you can see it blowing in my face here: 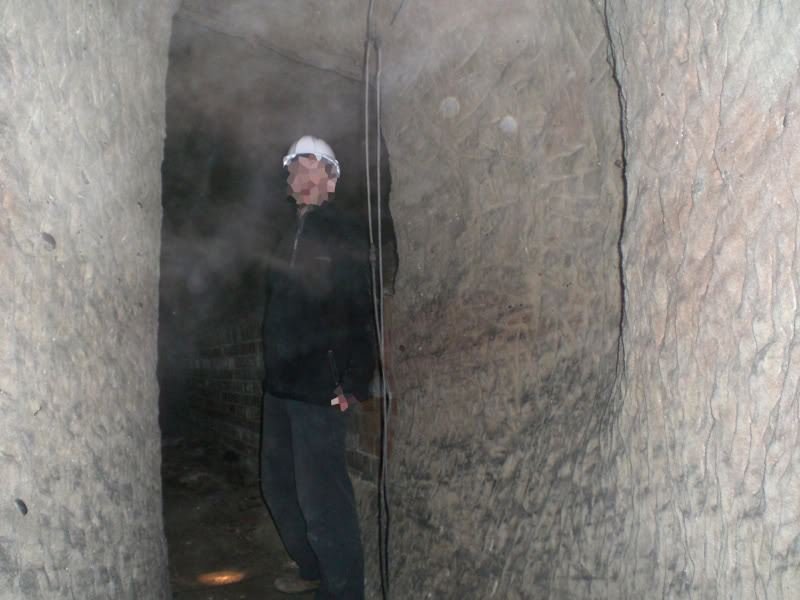 But it's quite interesting. This is just beyond the bricked up passage. To the left of this you can just see the way to a crawl exit: 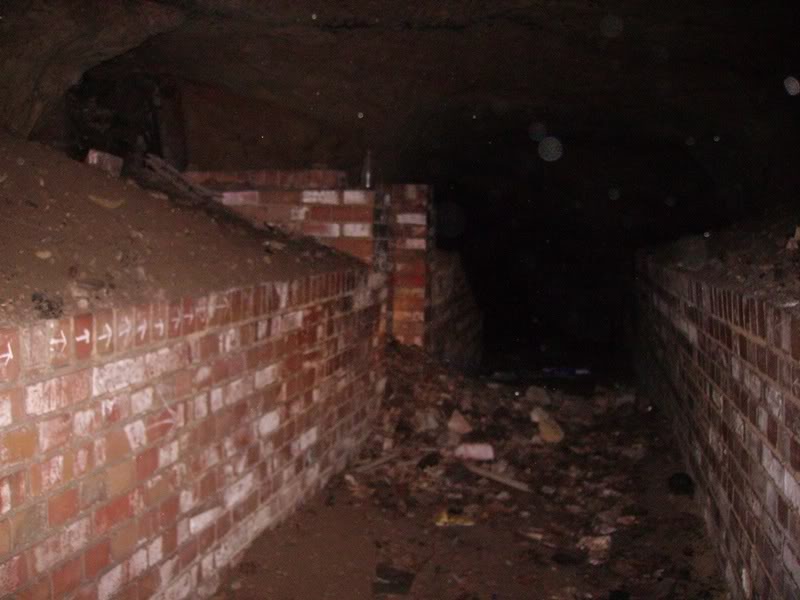 It appears to go into someone's garden (it was loosely blocked with a plastic sun lounger) and it's a bit of a squeeze. Didn't want to push it out of the way in case we bumped into someone... 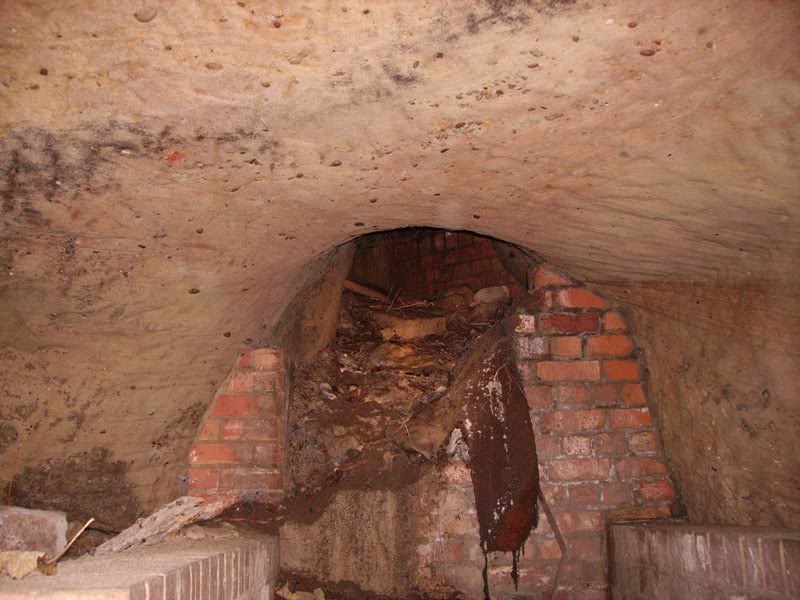 Beyond that, there's more passages. 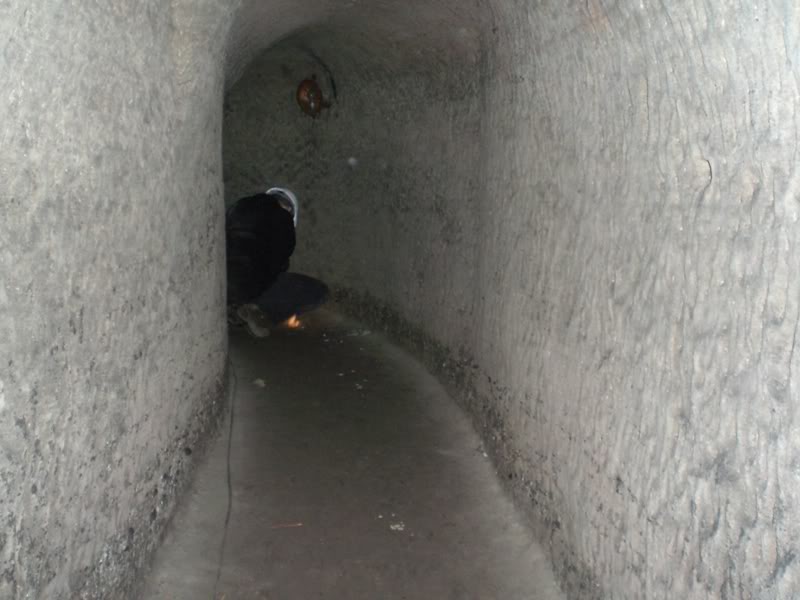 And lots of filled-in exits. 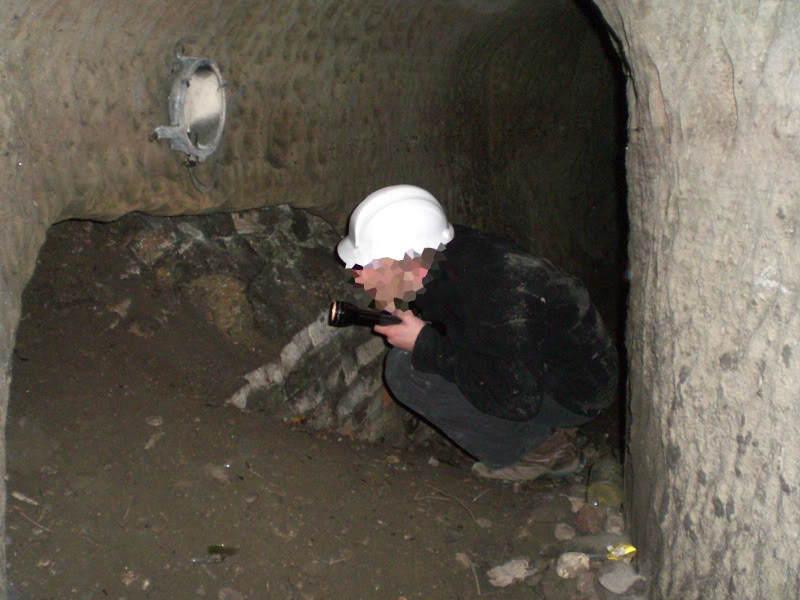 Eventually it leads to someone else's garden, through this wooden gate. 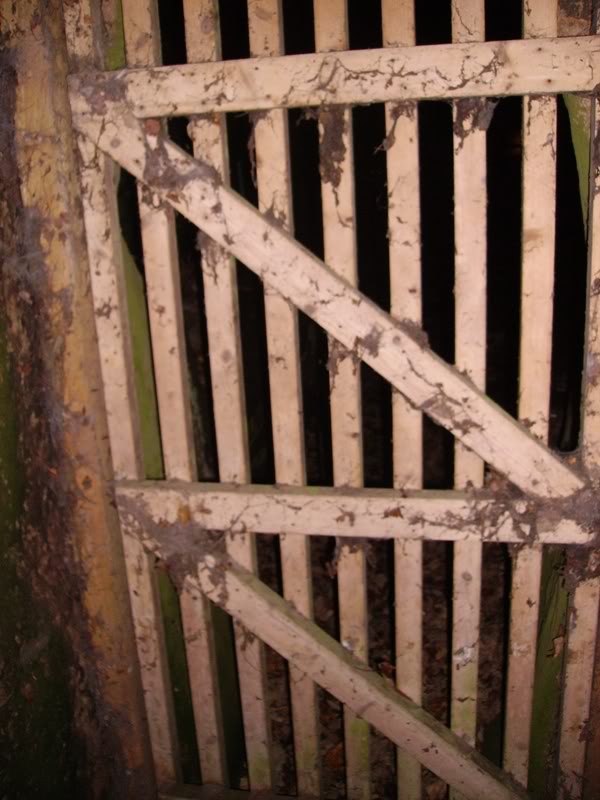 This end section appears to be in use by the people in the (very nice looking) house beyond. It has recently had lights fitted, and there was a ladder, some scaffolding, and building materials in there. Imagine having this in your garden!

It was an awkward squeeze getting out again but well worth it... 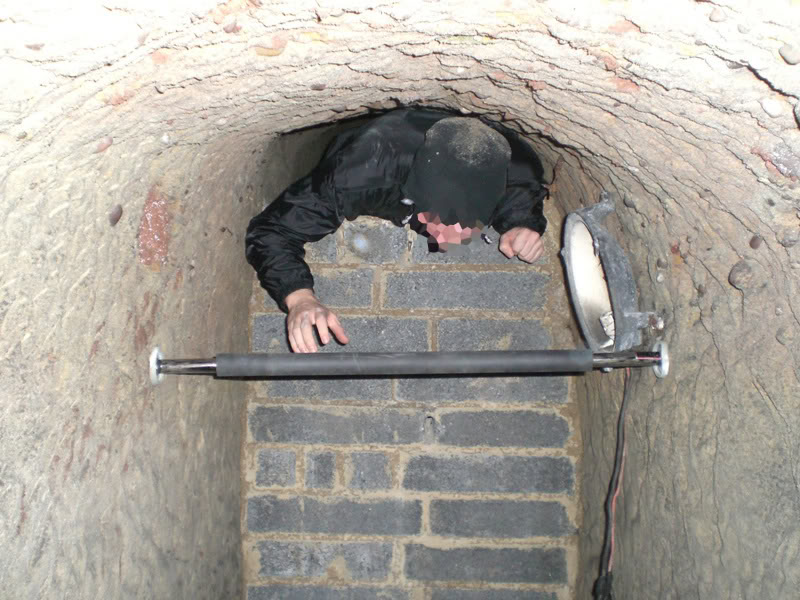 It looks to me like the passage was bricked-up to keep people out of the shelter, not the other way around! Anyway, here's quite an accurate map of the whole tunnel system (copied, enhanced, and updated from here). 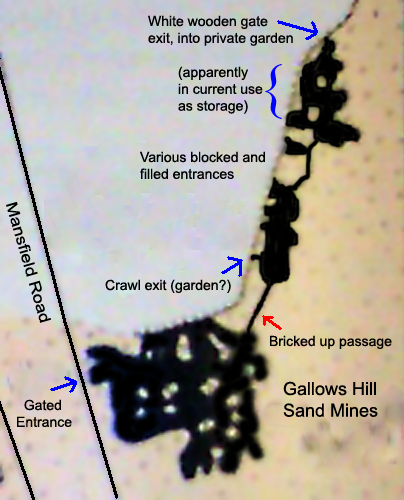