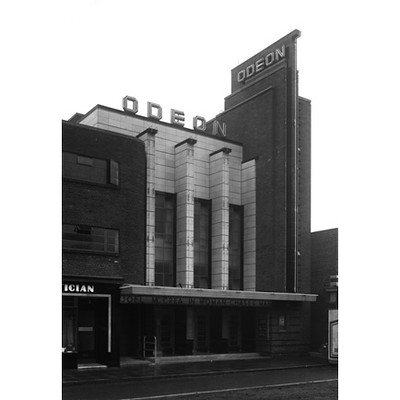 The Odeon was built for and operated by Oscar Deutsch’s Odeon Theatres Ltd. chain. It opened on 21st February 1938 with Jack Buchanan in “The Sky’s the Limit”. Architect Harry Weedon was assisted by P.J. Price from the Harry Weedon Partnership firm. The Art Deco style was typical of an Odeon Theatre being built at the time. The façade was dominated by a huge slim fin-tower feature which was clad in black faience tiles and had the Odeon name on top. Inside the auditorium, seating was in a semi-stadium plan with no overhanging balcony. There were 1,092 seats in the stalls and 434 in the raised tiered balcony section. Illumination was by concealed cove lighting at a proscenium end and by hanging fixtures above the mid stalls and balcony. On the splay wall on each side of the proscenium there were decorative grilles which were either designed by interior designers Mollo & Egan or were in their style. The Odeon led an uneventful life and was closed by the Rank Organisation on 6th February 1971 with George Lazenby in “On Her Majesty’s Secret Service”. After laying closed and un-used for over two years it was sold to an independent bingo operator and re-opened on 9th August 1973 as a Tudor Bingo Club. It later became a Gala Bingo Club which was renamed Buzz Bingo Club in June 2018. It was closed on March 21, 2020 due to the Covid-19 Pandemic. On 15th July 2020 it was announced that the closure would be permanent. The building was handed over to Chorley Council who decided that asbestos removal would be too costly (at least £500,000.) and the building was supposed to be demolished in November 2020. 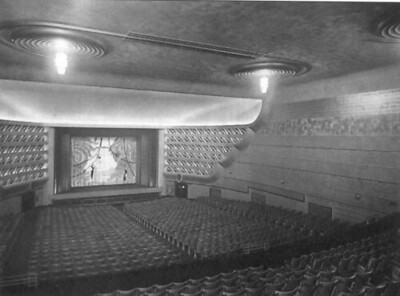 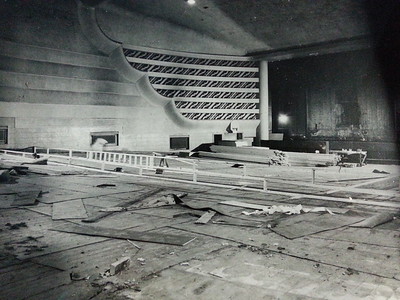 The building during it's time as a cinema and in the midst of it's bingo conversion.

Following up on @jtza 's lead and potential entry point, we visited the property firstly in the middle of the night in September with @little_ boy_explores . After a tight squeeze and some flimsy clambering, we had found our way inside with high hopes for the massive structure. We were very happy with what we discovered, as, even though modern developments had occurred throughout the property, dated details still remained especially in the projector room, that had been sealed off for decades. All the power worked still which meant the sensors did too, but we quickly worked out they didn't go anywhere after triggering a bunch. On a second visit with the same company with additional @huyt.urb and @DustySensorPhotography to film, we went a bit deeper into the cinema to make sure we hadn't missed anything. It was this time we attempted to enter a reception office to try and get the main hall lights on, where we triggered a very loud alarm and make a swift getaway. All in all, a fun few nights and very worthwhile, seen as the bingo hall has been stripped of it's seating and the electricity switched off, in preparation for the delayed demolition by the pandemic. 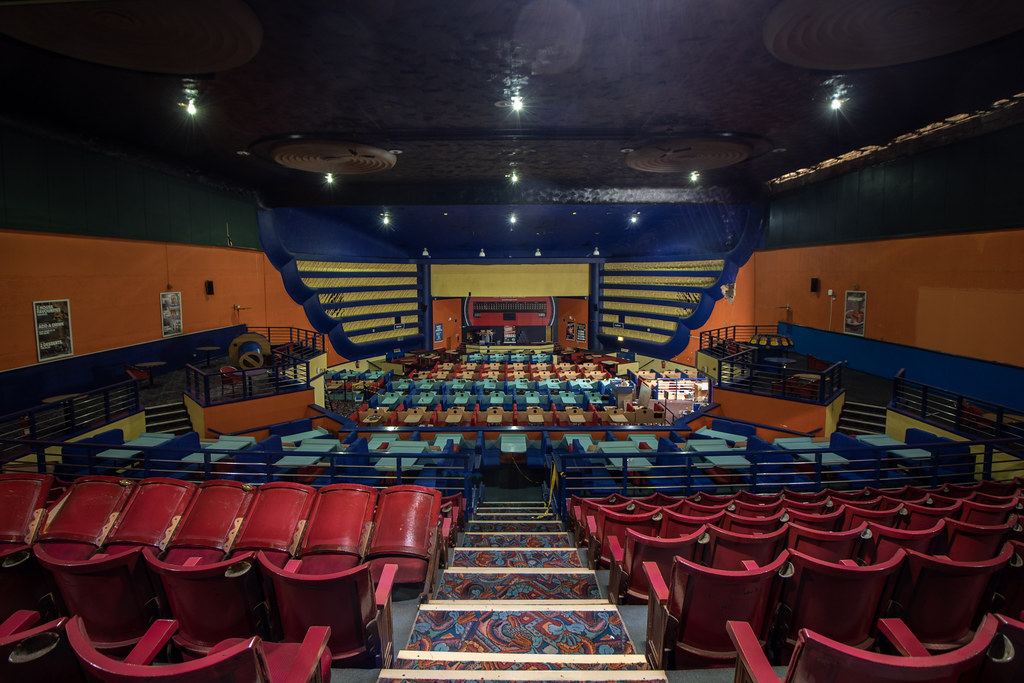 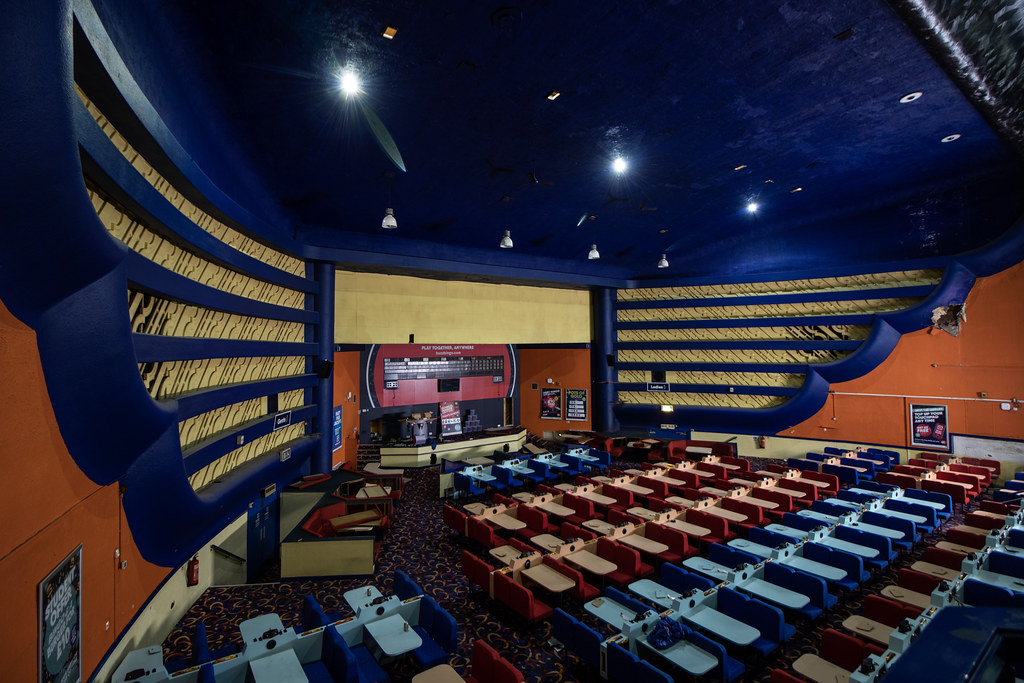 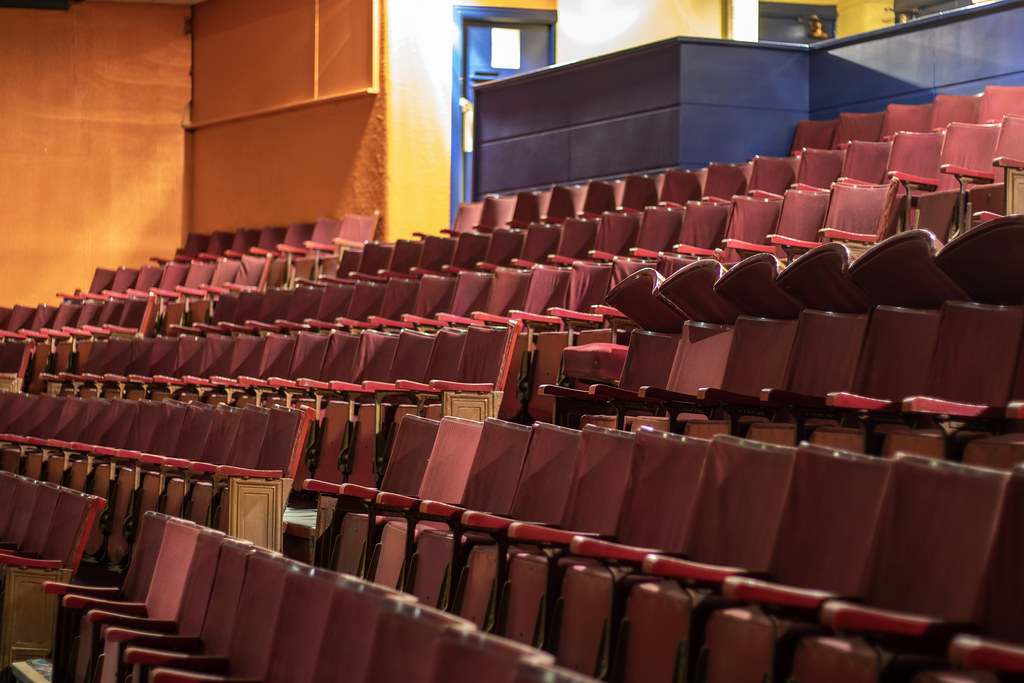 The older seats at the back of the raised section of the hall. These were most likely refurbished during the conversion in the 1970s. 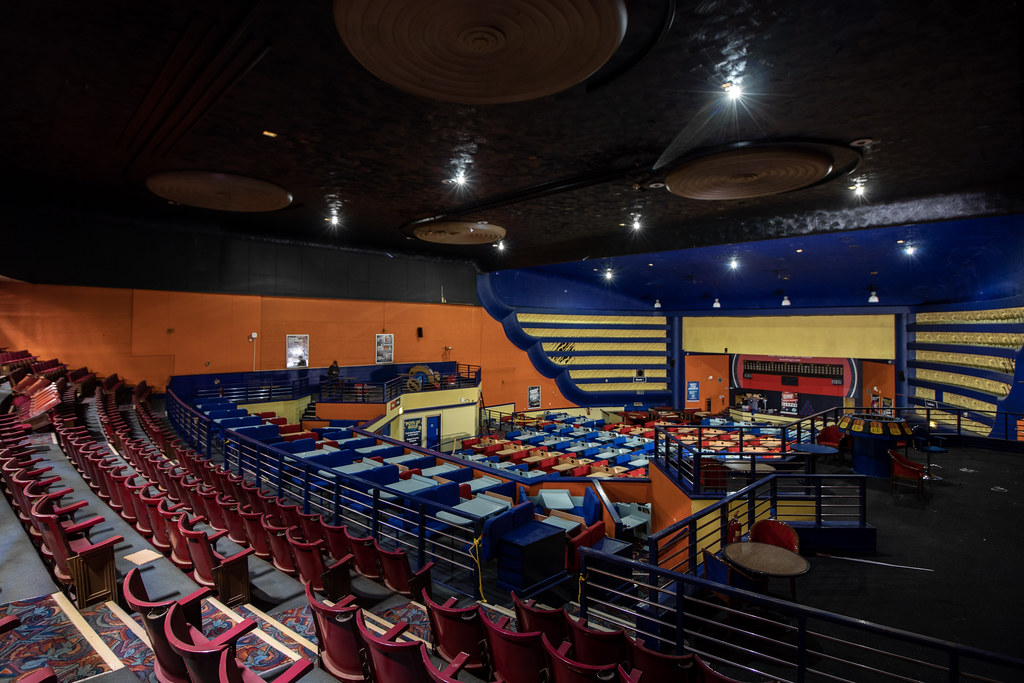 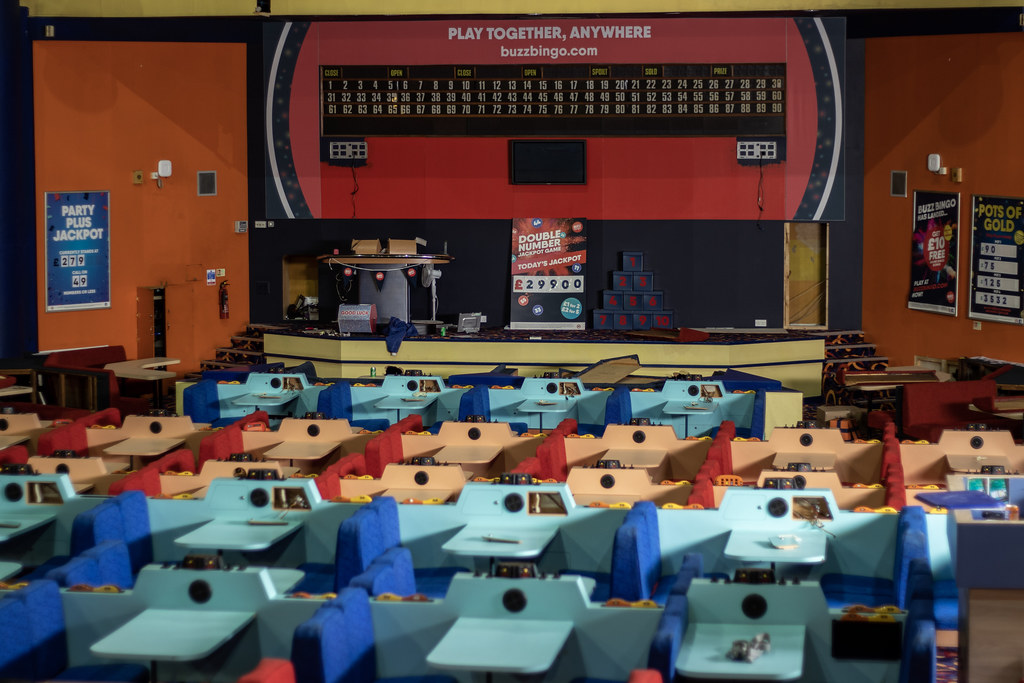 Unintentionally did a tilt shift. 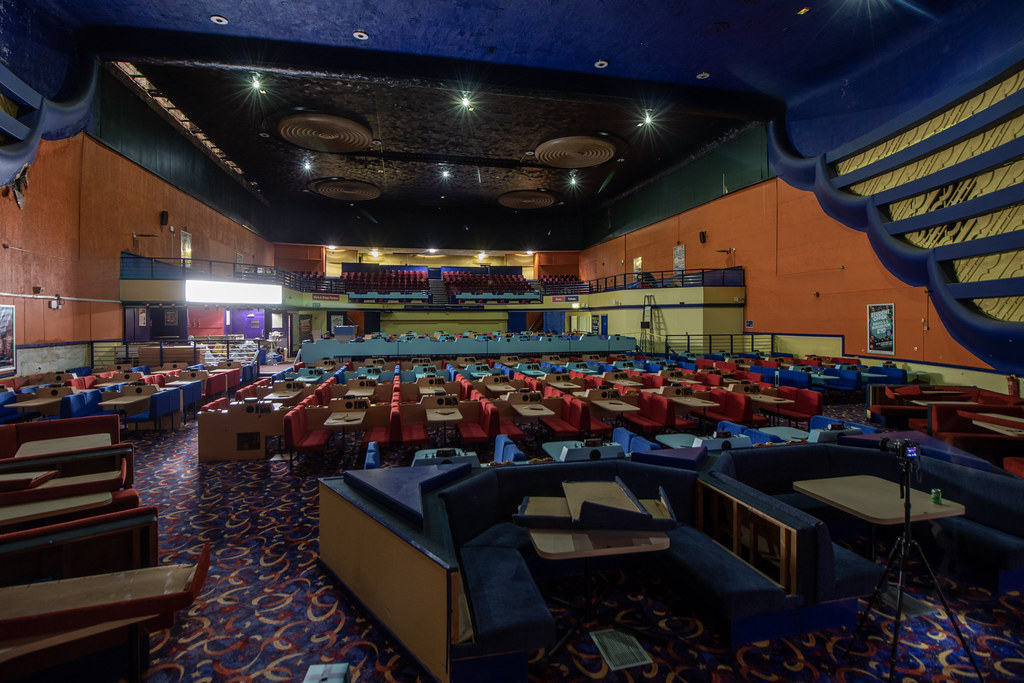 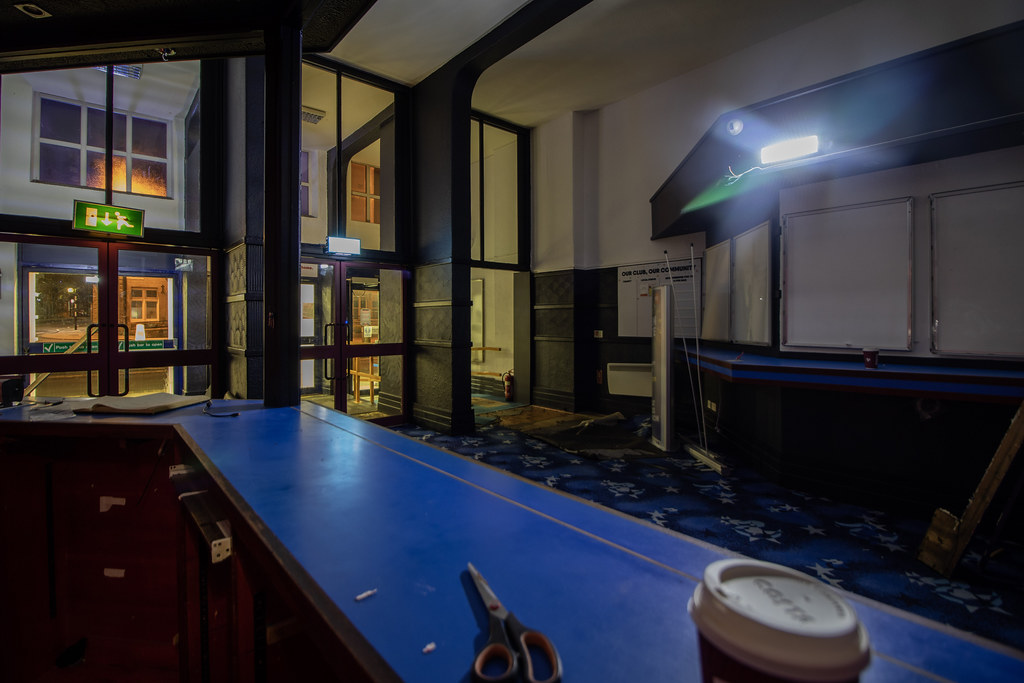 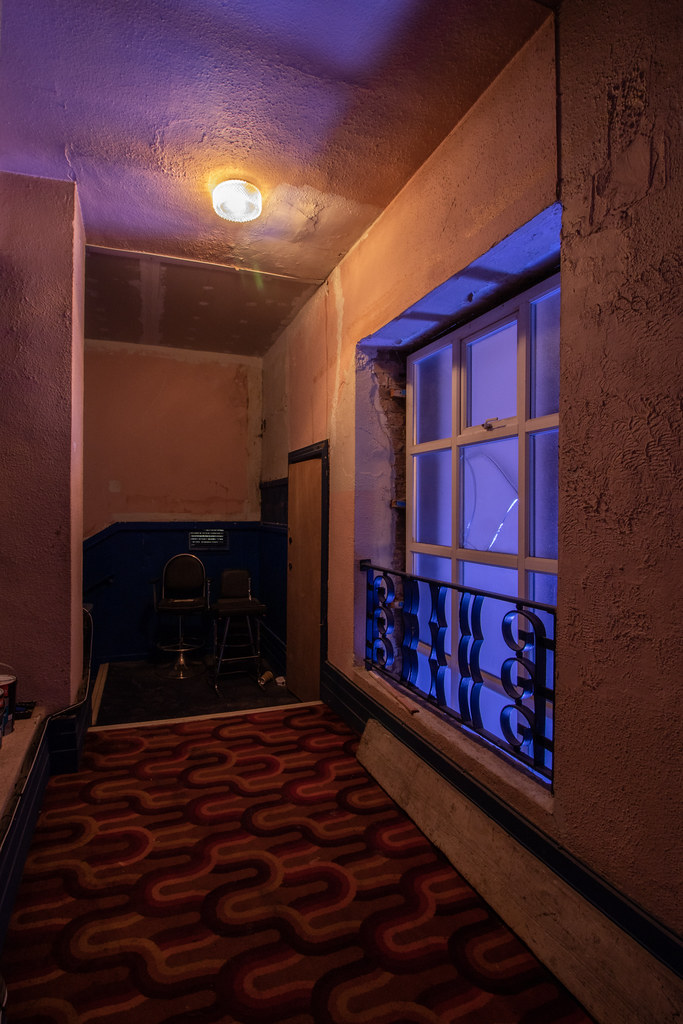 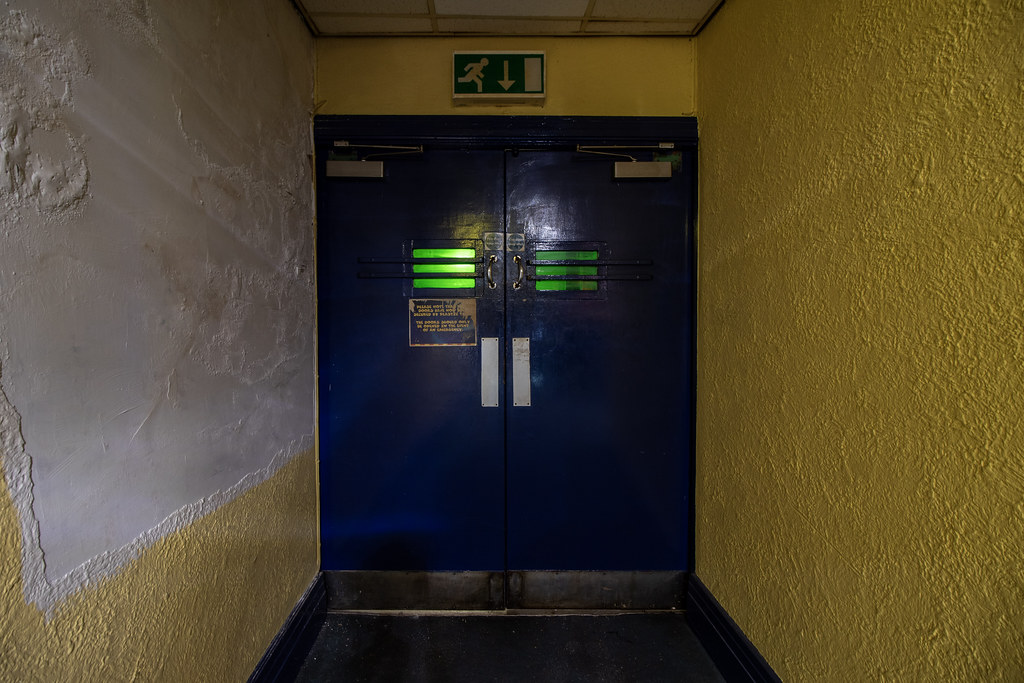 At this point, we ventured upstairs to the sealed off parts that were a lot more 'abandoned,' so to speak. We had pretty much concluded that there weren't to be projectors in the site from a short survey eight years ago. However, it was still very impressive and contrasted with the powered rest of the complex, totally. 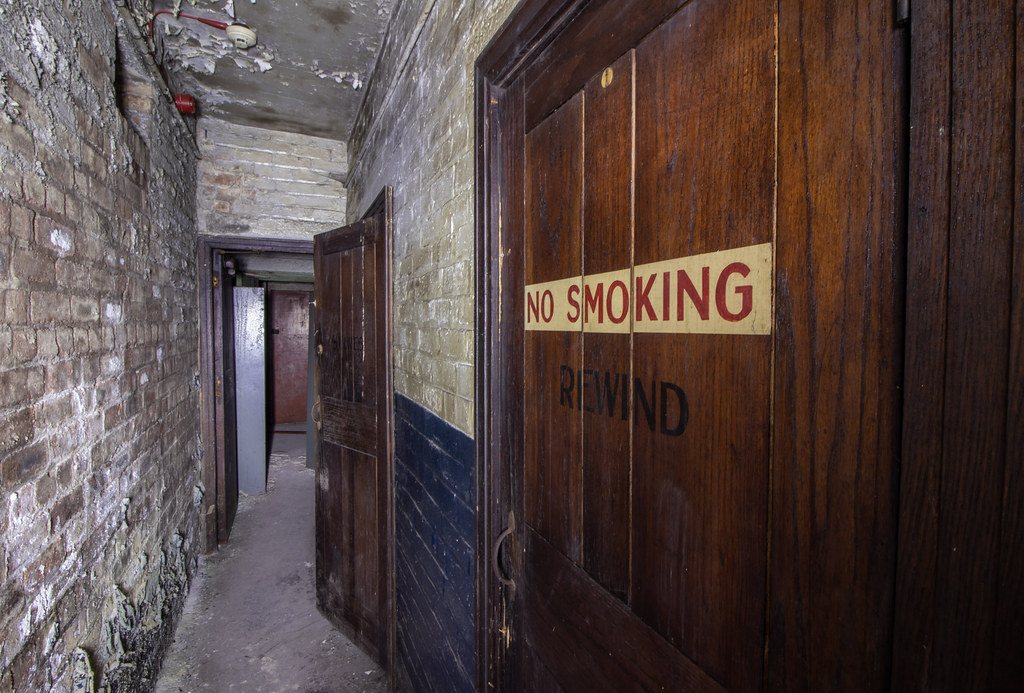 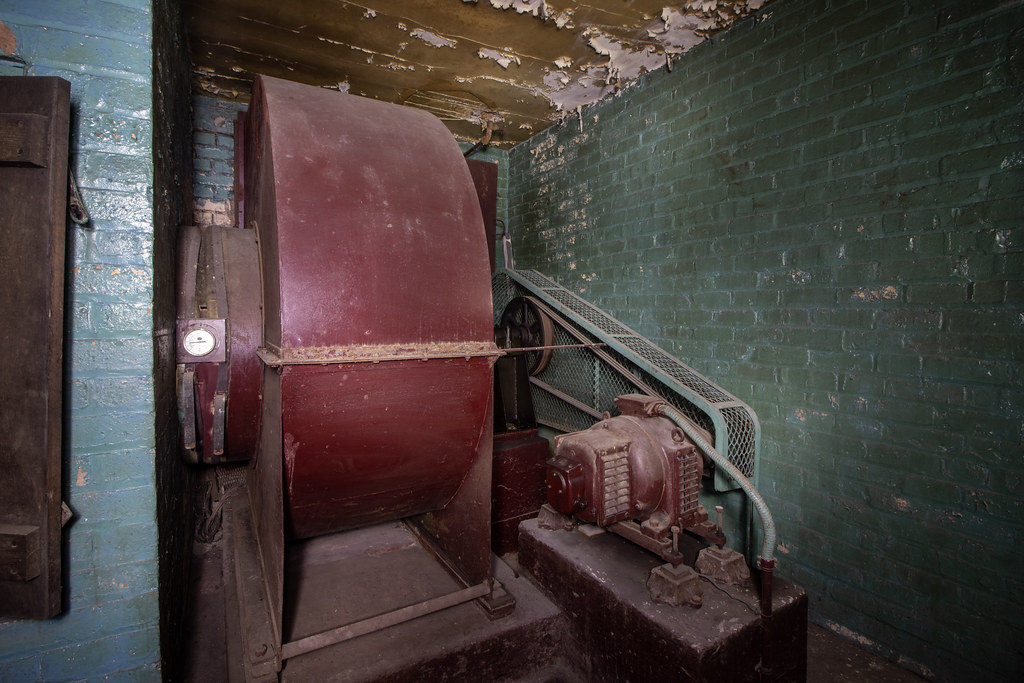 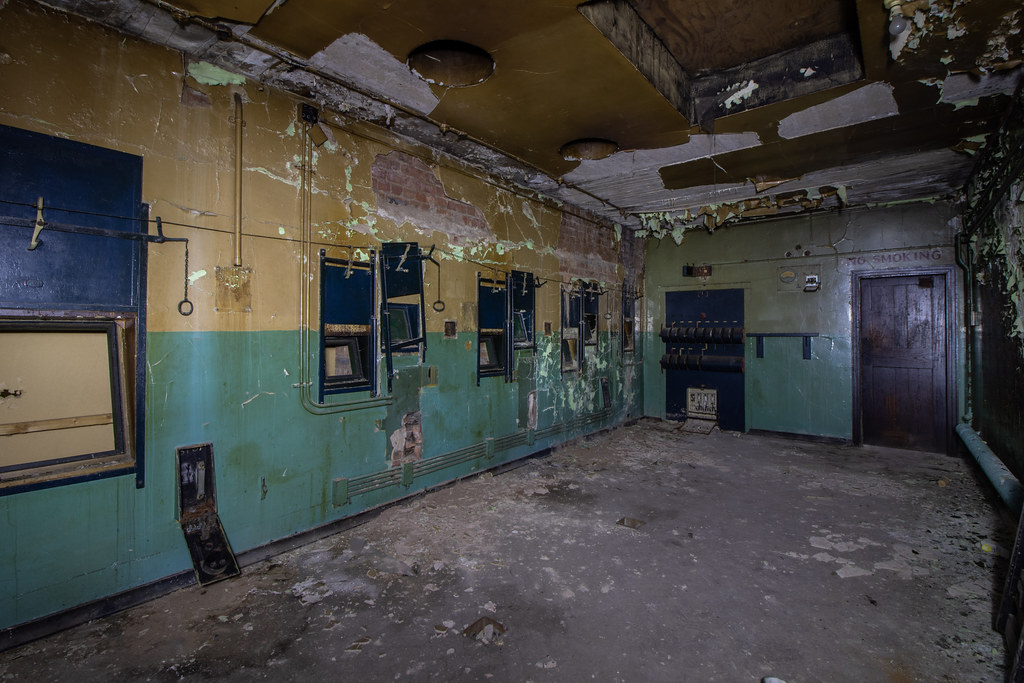 Projector room. Note the wooden board on the other side of the slots that conceals it from the main hall. 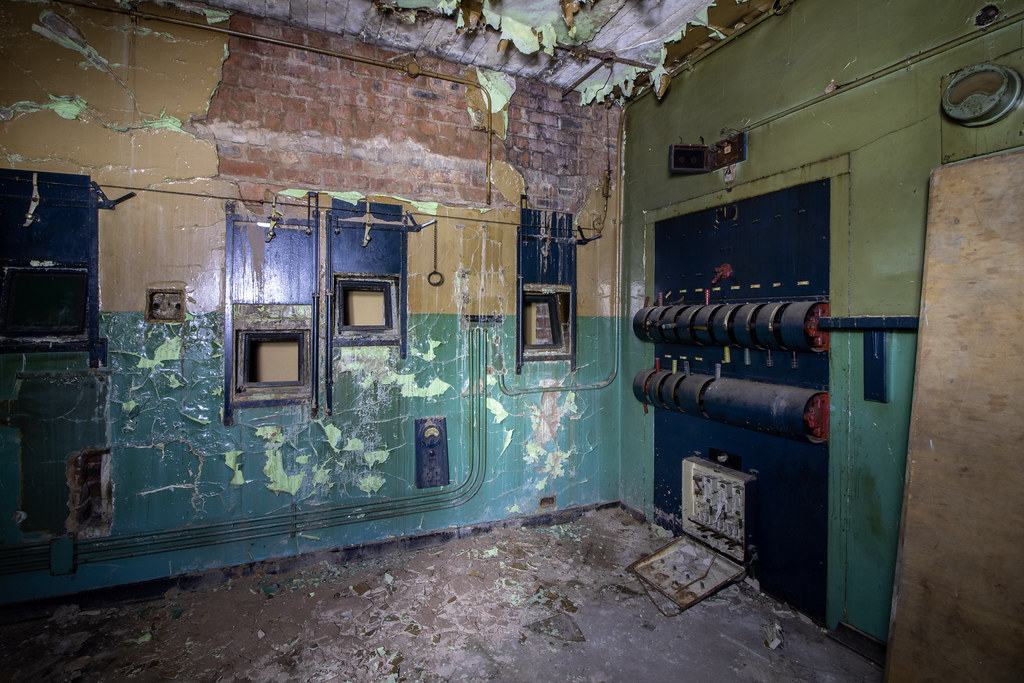 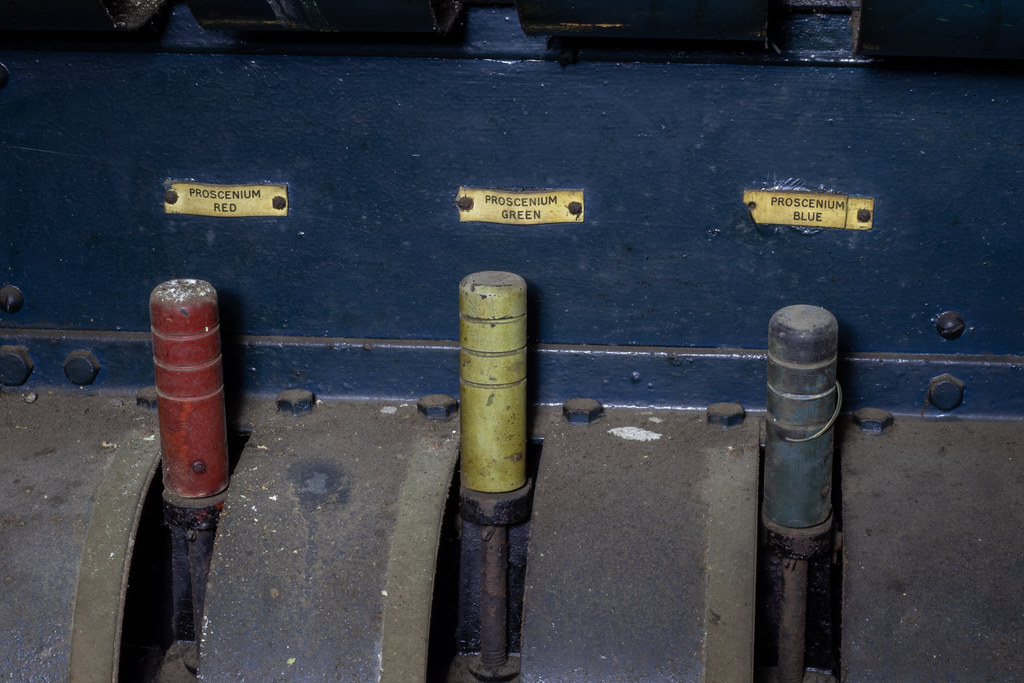 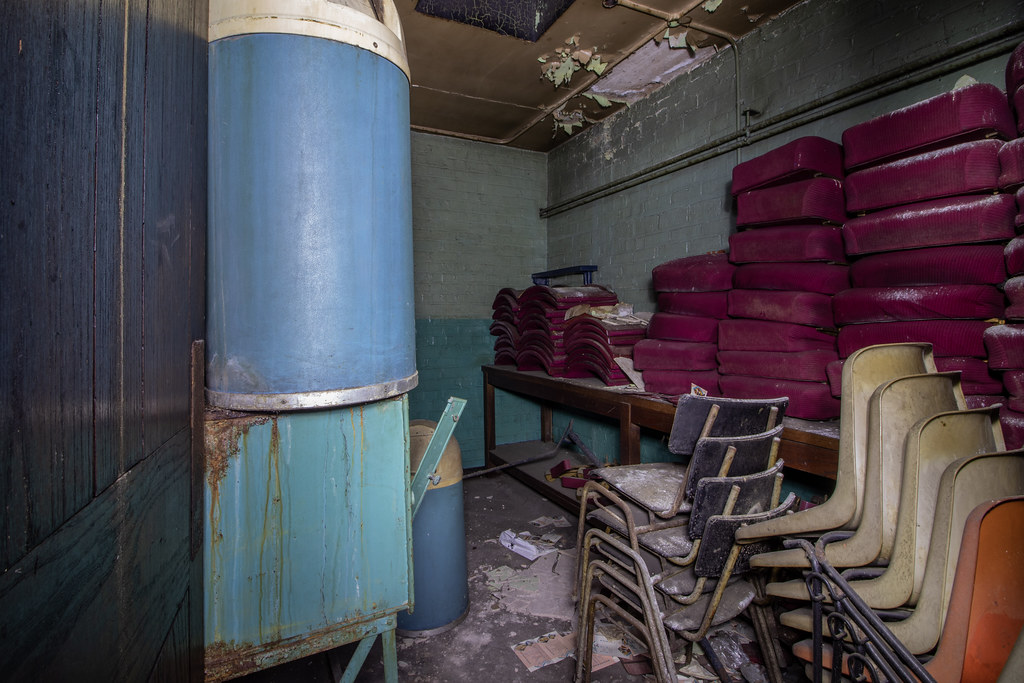 A room full of old furniture, particularly some retro bins that I got way too excited over for them being bins. 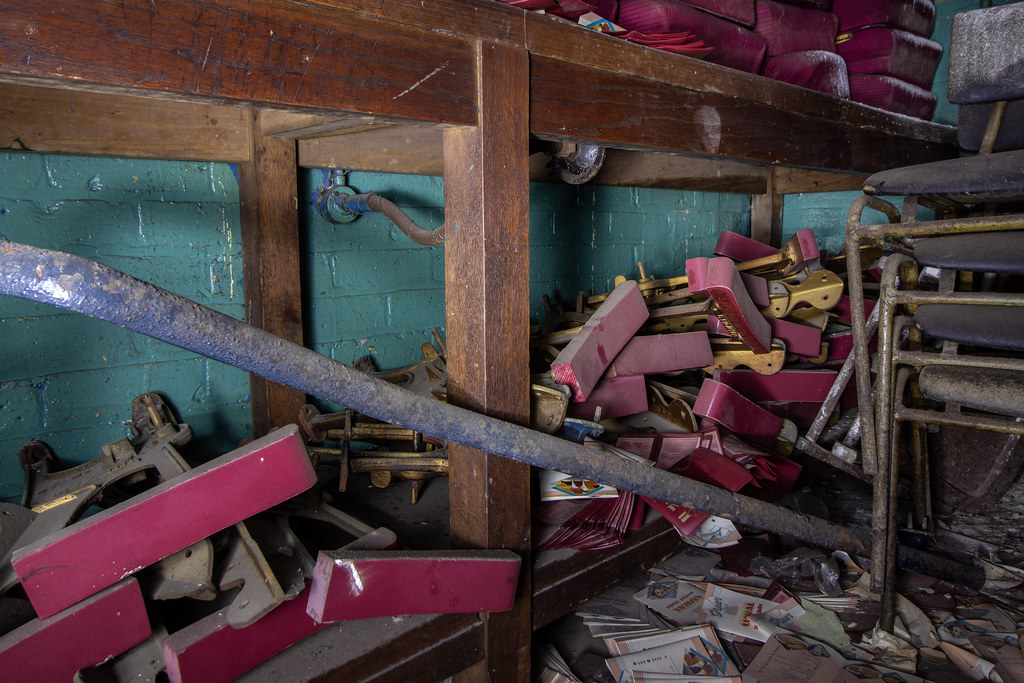 Finally, we headed up to roof to get some surrounding views of central Chorley. Spoiler: these photographs suck. 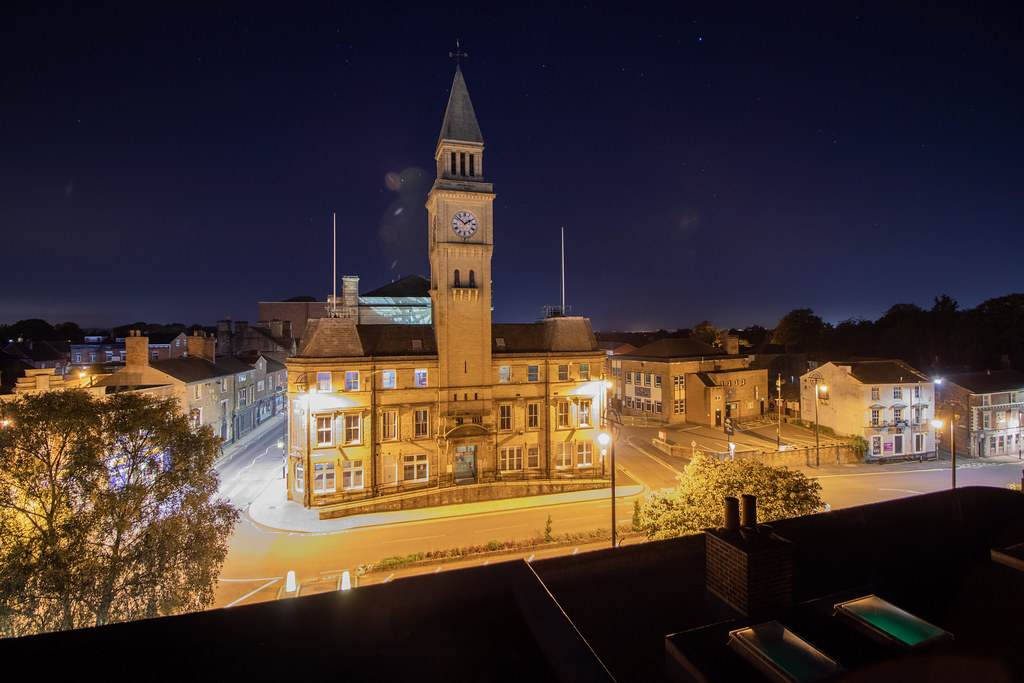 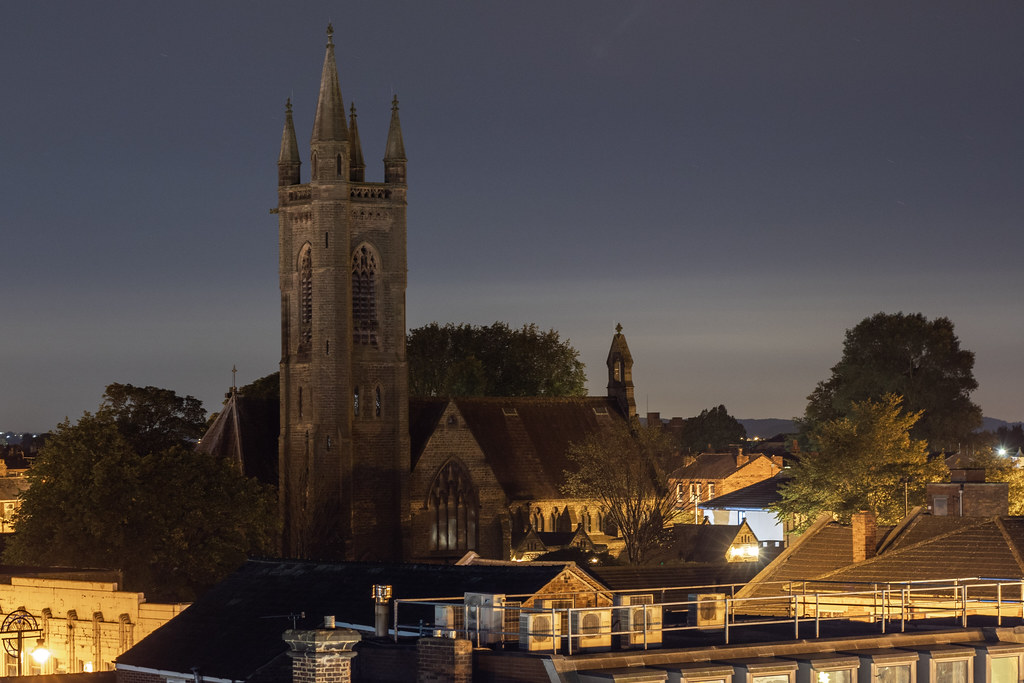 Here is the link to our documentary styled video of the abandoned cinema. We cover the building's past, present and future through cinematics and narration:

28DL Full Member
drooling over this,having been a projectionist for 20yrs,god how i miss cinemas, nice
pics

28DL Full Member
Fantastic finally someone got in the place As a ex Chorley lad i have a fond feeling for this place as my mother and father used to go to this cinema back in its odeon days The last film they saw at it was On Her Majesty's Secret Service in 1970 the last film to be shown in it, it closed later that year The council owned of the freehold of the building for years so were over the moon when it shut last year as they have been wanting to get rid of this place since they levelled the old Royal Oak Hotel building next door 3 years back. I heard the building was in a bit of a state but didn't think it was a bad as that. I did manage to see some photos taken by a local lad a few years back of the areas out of the view of the general public so did kind of know what it looked like in closed off areas but none of us knew that the place still had old seats from its cinema days hidden upstairs etc The box in the projector room where the bins were was for film reels storage back in the cinema days also the dimmer rack thing ran all the lighting for the auditorium one time those things are becoming rare now to see in buildings The stairs you came down towards the end of the vid was originally the stairs to the lounge another part that had been sealed off for years Just out of interest did the Rectifier room still have a Mercury Arc Rectifier in it by any chance and do you have a unedited version of this explore as would love to see more of this building as it looks like you spent a fair old bit of time in the place Once again great bit of footage So sad to hear its been demolished Chorley Council struck again sadly
You must log in or register to reply here.
Share:
Facebook Twitter Reddit Pinterest Tumblr WhatsApp Email Link