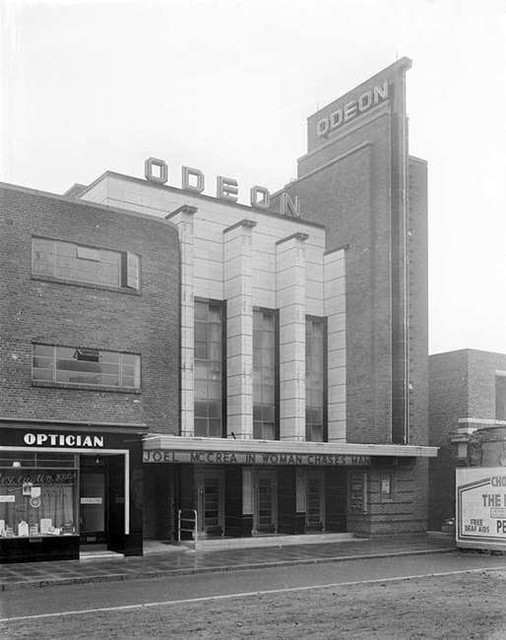 The Odeon was built for and operated by Oscar Deutsch’s Odeon Theatres Ltd chain. It opened on 21st February 1938 with Jack Buchanan in “The Sky’s the Limit”.

Architect Harry Weedon was assisted by P.J. Price from the Harry Weedon Partnership firm. The Art Deco style was typical of an Odeon Theatre being built at the time. The facade was dominated by a huge slim fin tower feature which was clad in black faience tiles and had the Odeon name on top. Inside the auditorium, seating was in a semi-stadium plan with no overhanging balcony. There were 1,092 seats in the stalls and 434 in the raised tiered balcony section. Illumination was by concealed cove lighting at a proscenium end and by hanging fixtures above the mid stalls and balcony. On the splay wall on each side of the proscenium there were decorative grilles which were either designed by interior designers Mollo & Egan or were in their style.

The Odeon led an uneventful life and was closed by the Rank Organisation on 6th February 1971 with George Lazenby in “On Her Majesty’s Secret Service”. After laying closed and un-used for over two years it was sold to an independent bingo operator and re-opened on 9th August 1973 as a Tudor Bingo Club. It later became a Gala Bingo Club which was renamed Buzz Bingo Club in June 2018. It was closed on March 21, 2020 due to the Covid-19 Pandemic. On the 15th July 2020 it was announced that the closure would be permanent.

Nowadays the site sits defaced, central within the town. 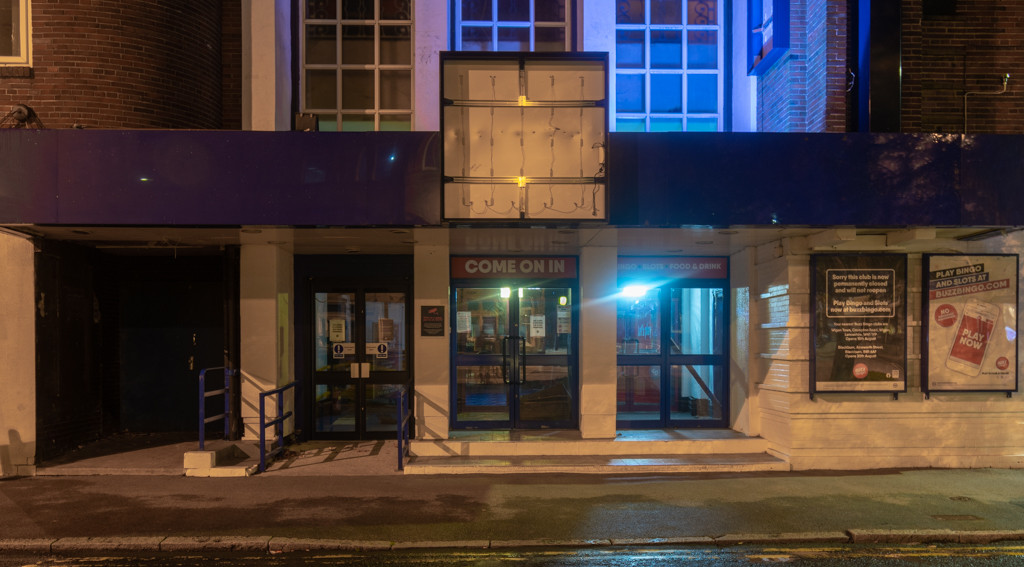 After @mookster linked an article detailing the closure of 26 buzz bingos across the country, I had to check whether this site was on the list and sure enough, it was.
A quick look for past images piqued my interest when original details could be matched to new photos just before it closed and considering we live in the surrounding area we could easily scout this one out over many nights. Multiple ideas had formed about possible entrances but as always, patience pays off and we were granted with an access point early September. A somewhat tricky climb in through the drop ceiling of the former stage placed us inside the ex-cinema. Numerous sensors were active within the property but luckily the main power was off at the main switchbox meaning the alarm was too! Sadly, a permission visit to the bingo hall when it was active revealed the projectors had been removed. There was a slither of hope that they had just been removed from the room itself, but we were unable to locate them on site.

The first part we arrived in was the main auditorium. The original ceiling, grilles and some seats remained albeit refurbished. 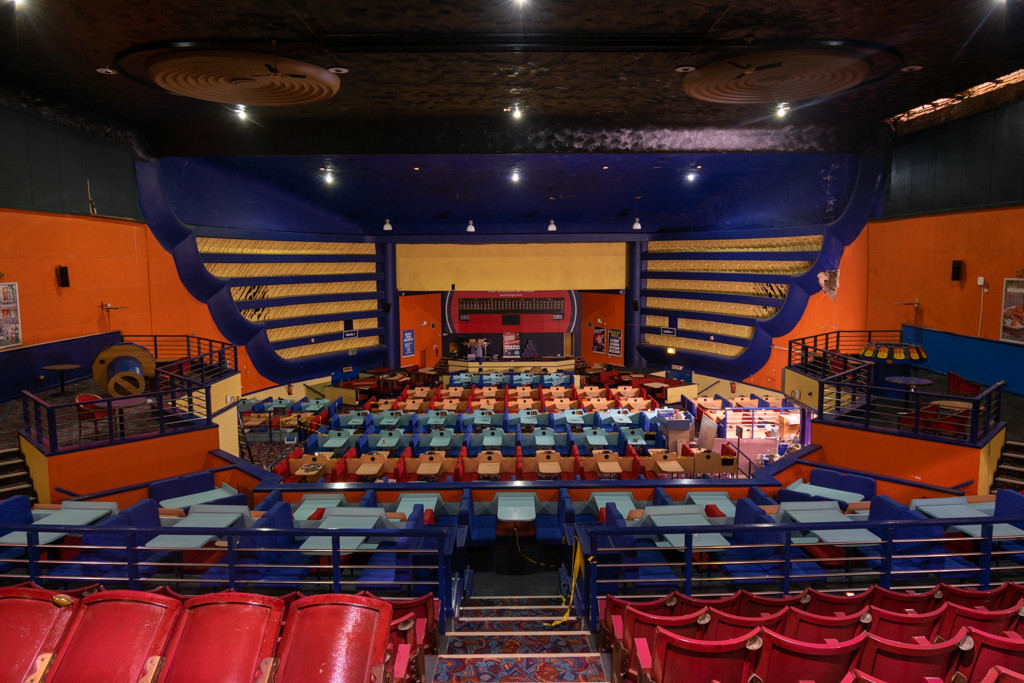 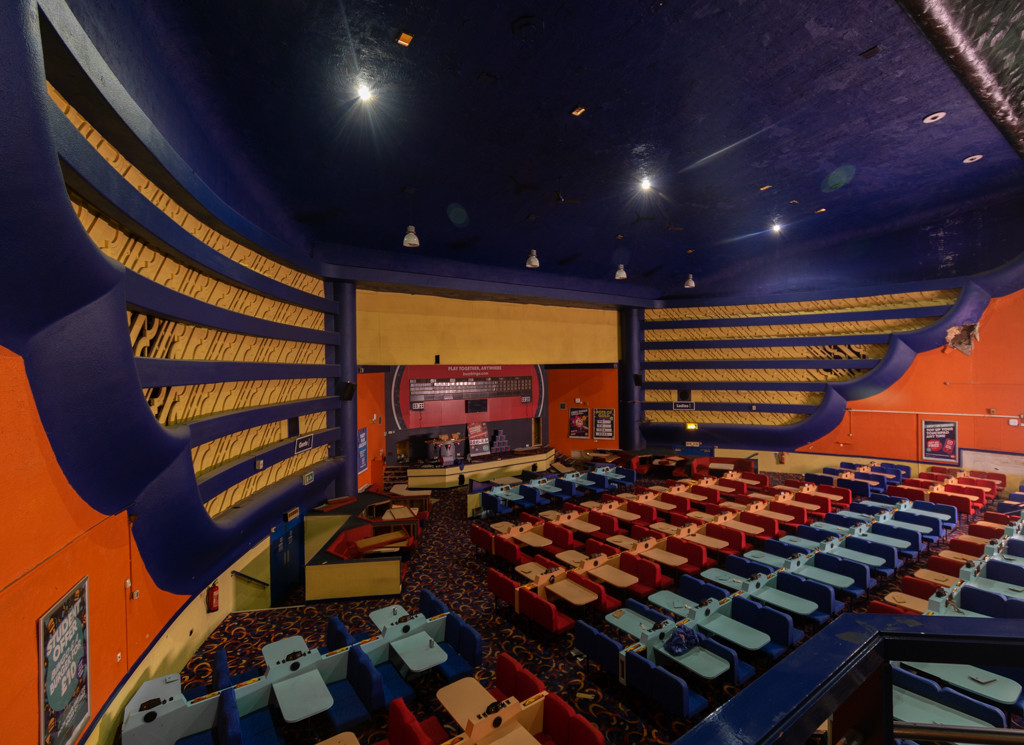 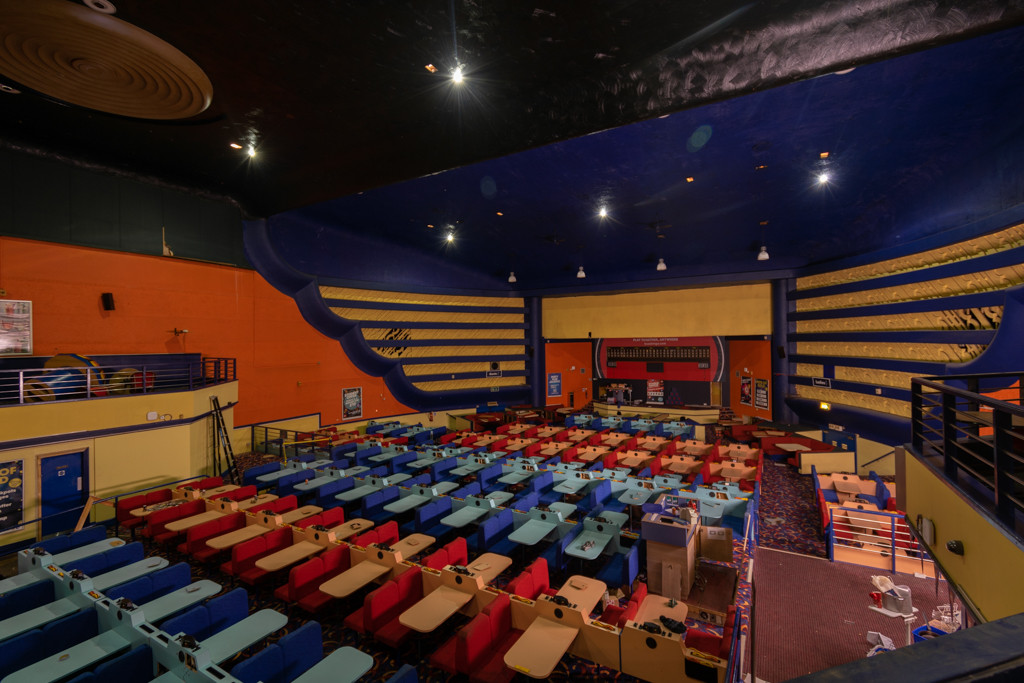 The snack bar sign still shone making photos from the stage end rather difficult. One of us were still able to come out with a rather nice one despite the circumstances. Here are some older photographs, the one on the left reflecting the property being used as a cinema and the second documenting (taken around 1973) the re-vamp process which turned the cinema into the Tudor Bingo Club. 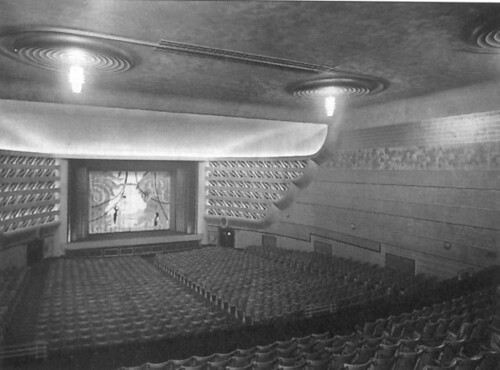 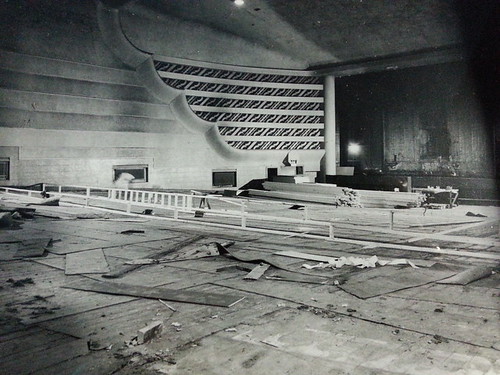 It looked as if workers had begun removing a row of the old seats. 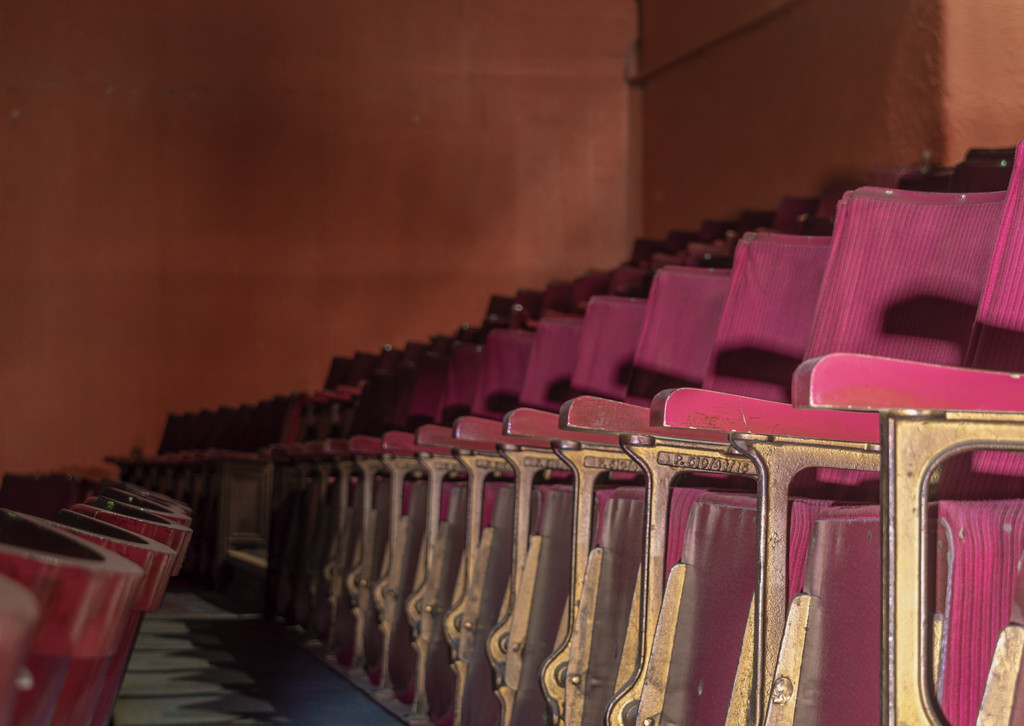 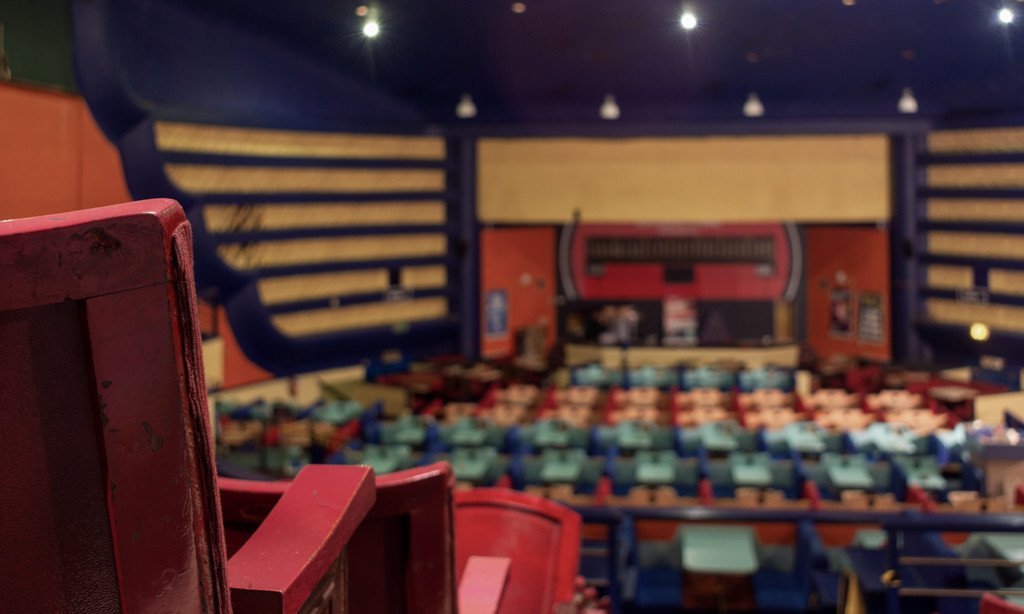 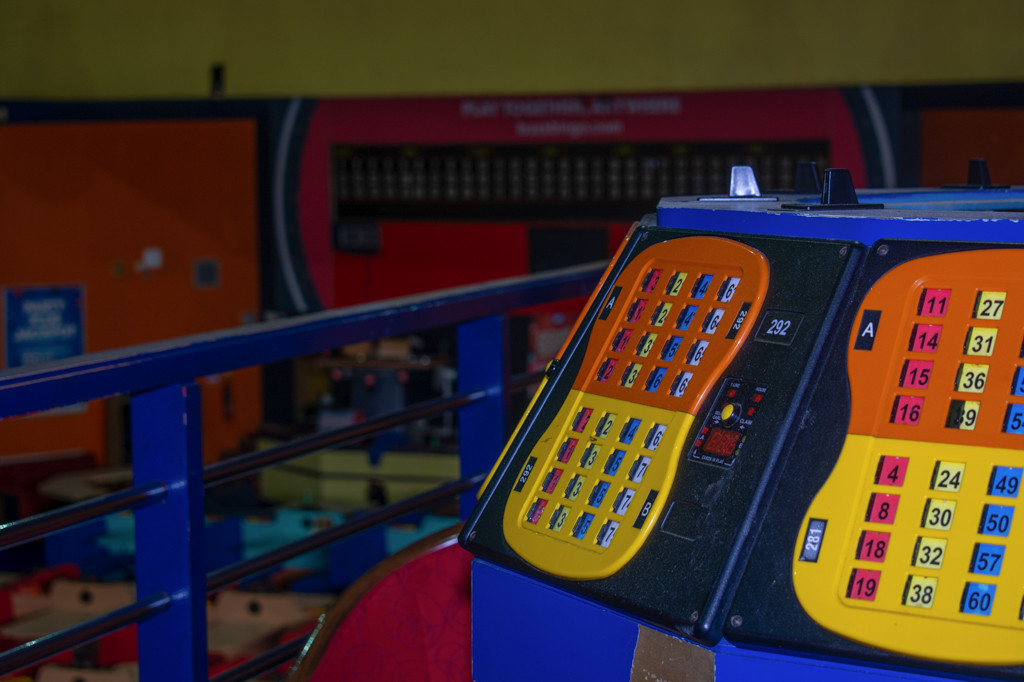 We then headed out the back of the auditorium to find the way up to the projector room. Some more ornate Art Deco details could be found such as the ceiling décor and banister. 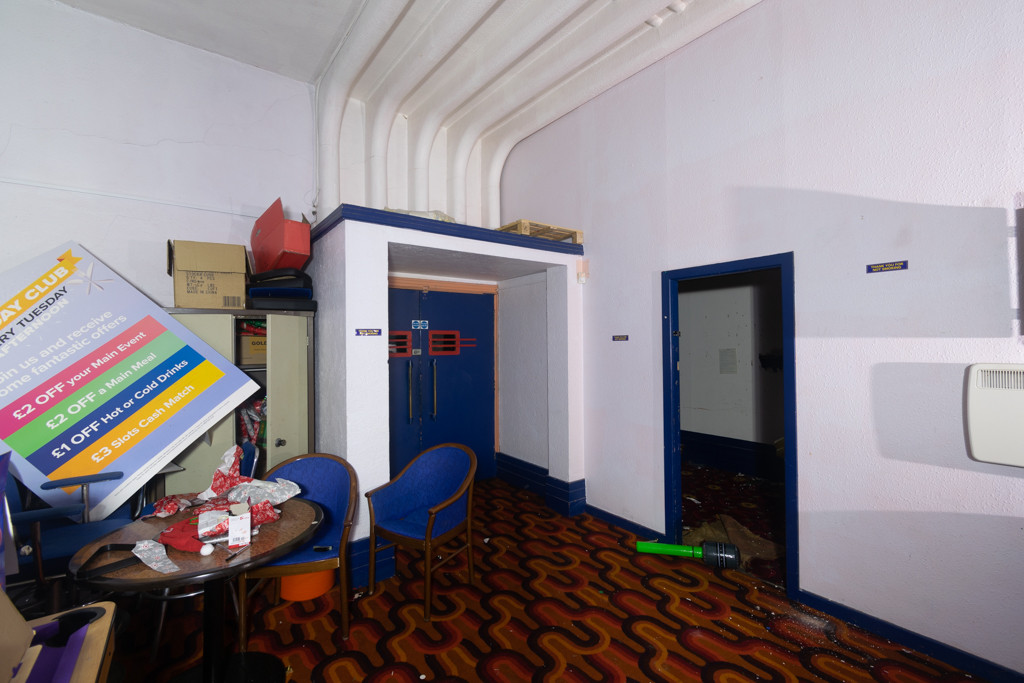 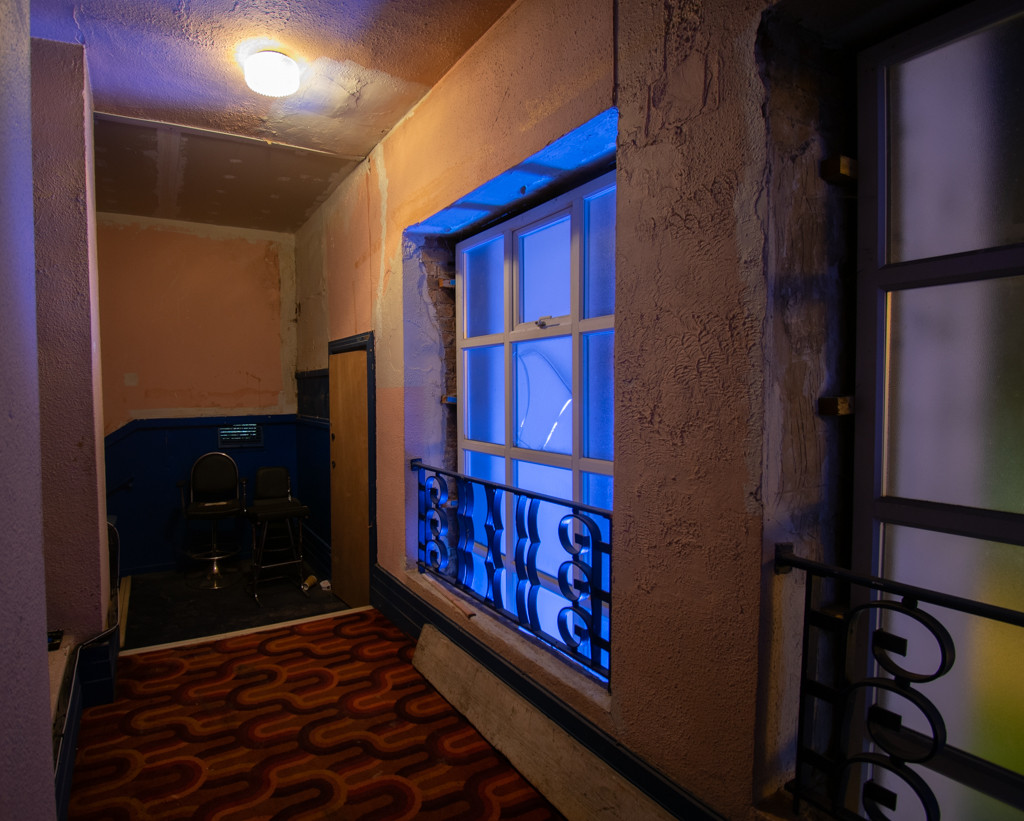 An inconspicuous door led us to the older parts of the former cinema and showcased some old signage on the doors as we explored the narrow corridors. While exploring the corridors we came across the old fan room. 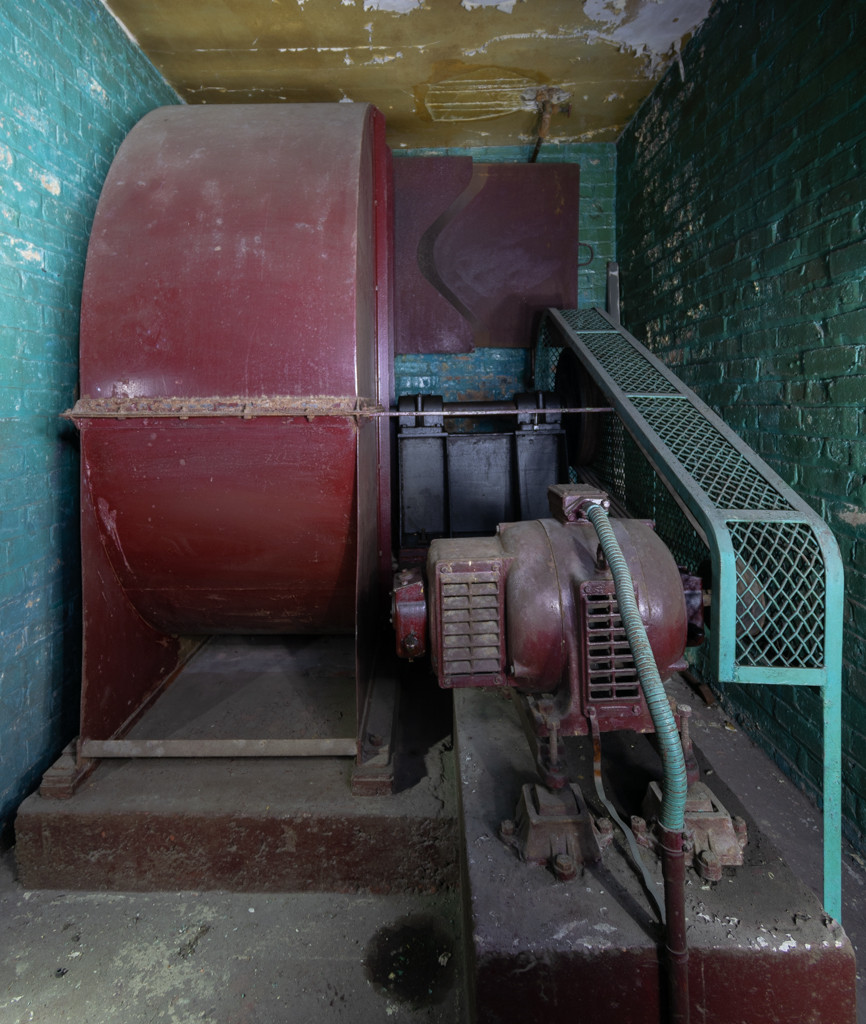 Further through the passages we arrived in the bare projector room. Despite the lack of equipment, the colour scheme in here and throughout the older section had survived well. 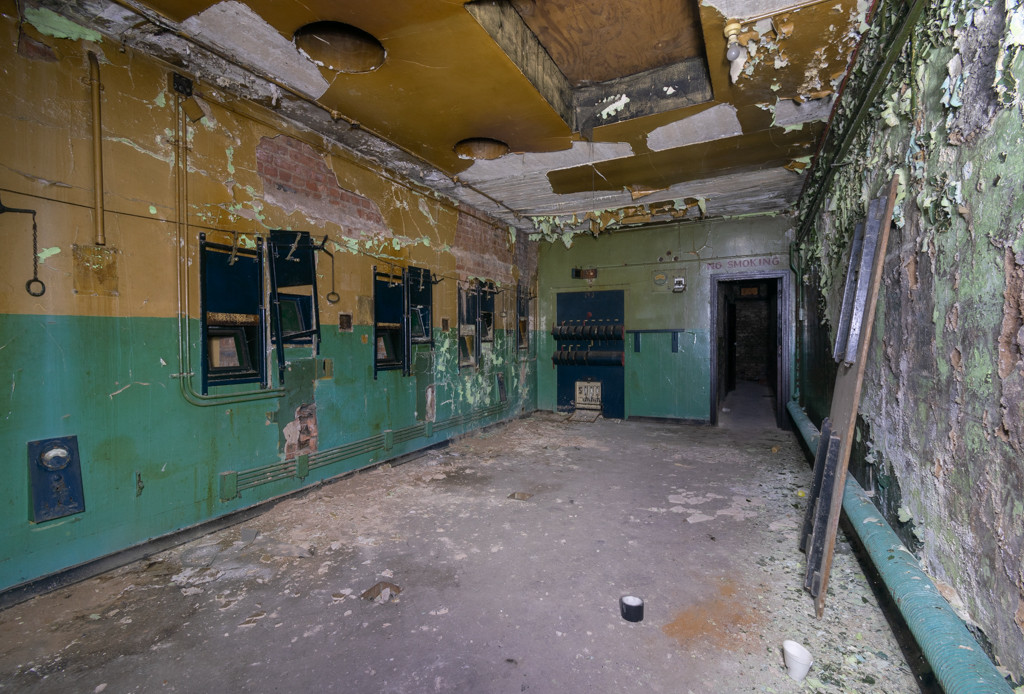 Similar "NO SMOKING" signs could be found in here in great condition. 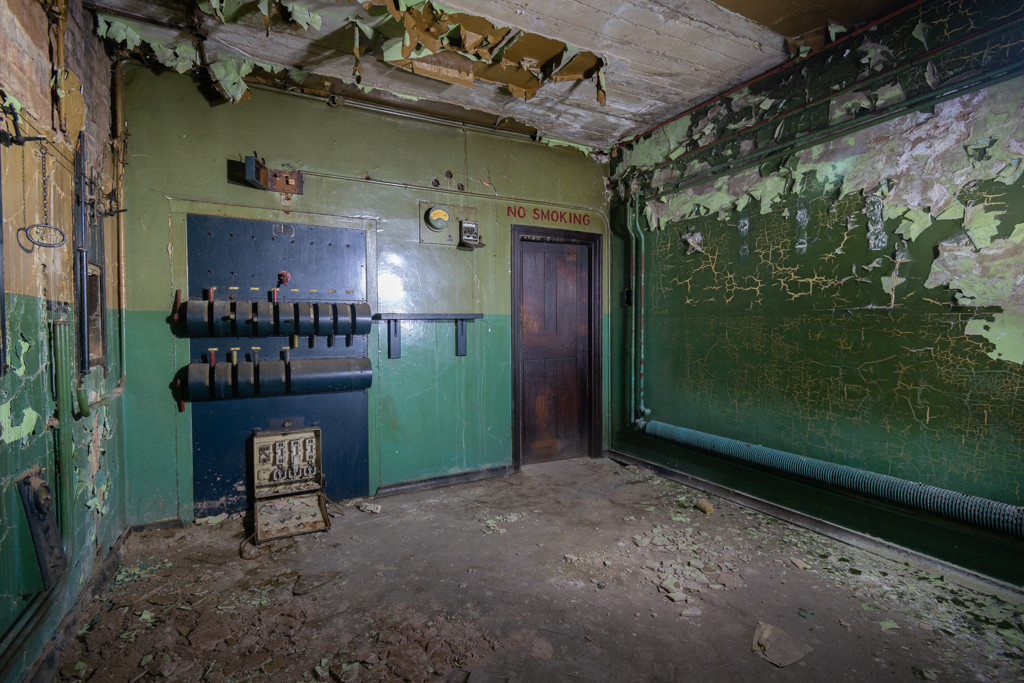 Parts of individual seats were being stored in a small room next to the projector room. Even the bin appears old. 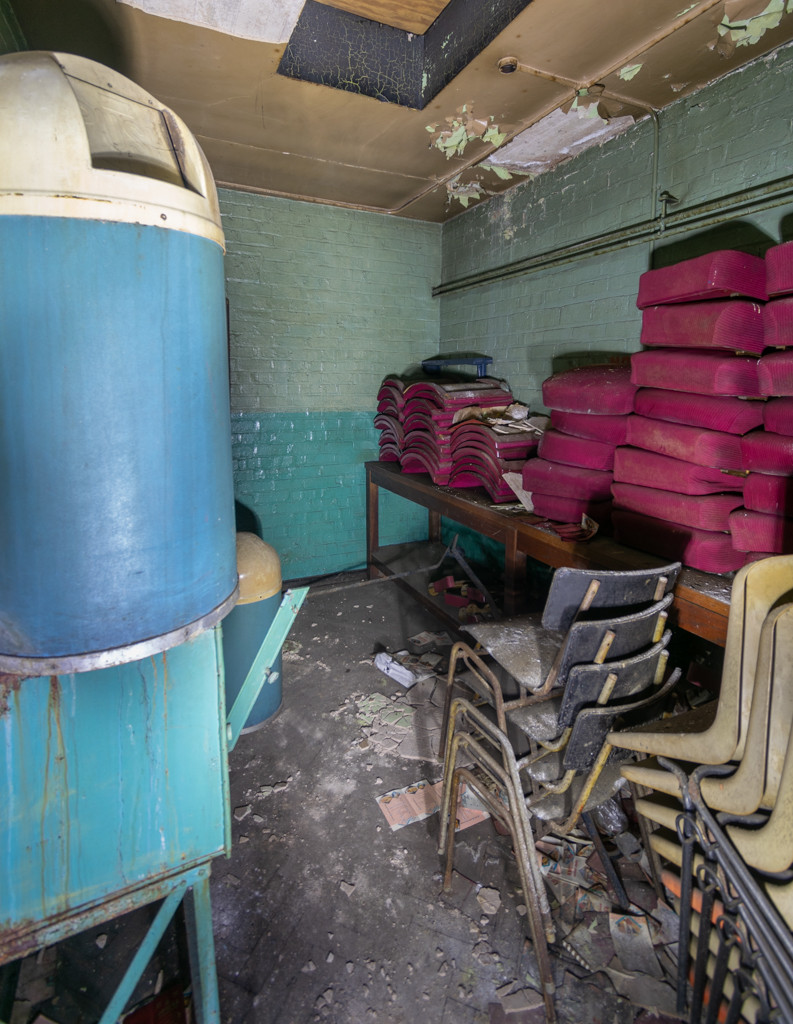 From this point we journeyed towards the bottom floor where the main entrance and office spaces could be found. Due to the building being used by multiple bingo companies over time, modernisation had taken place leaving little evidence of what it would have looked like years ago. 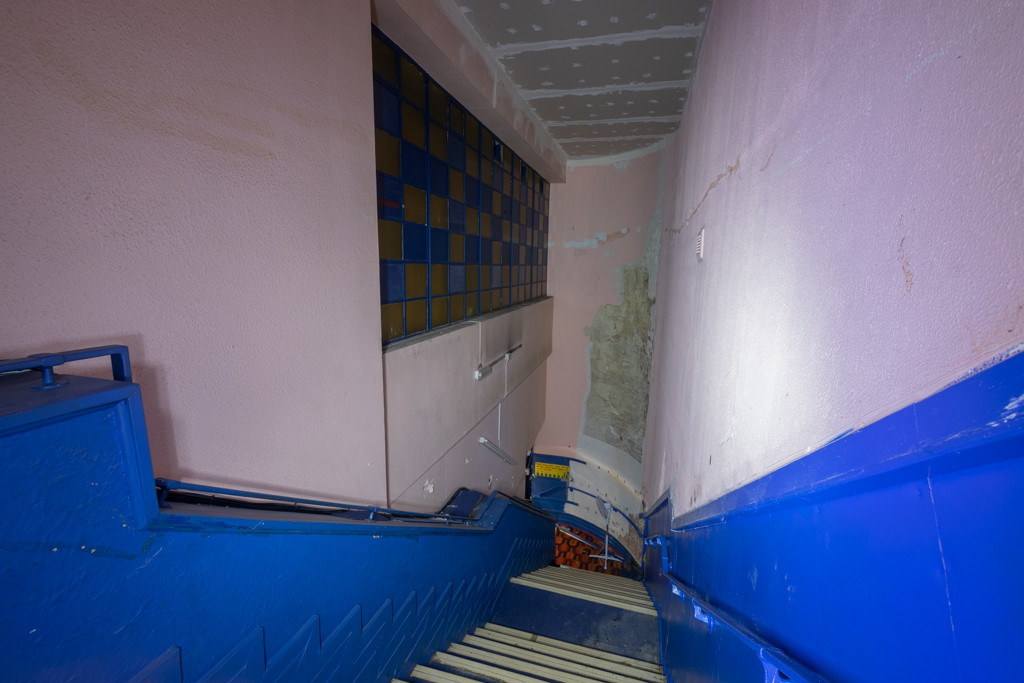 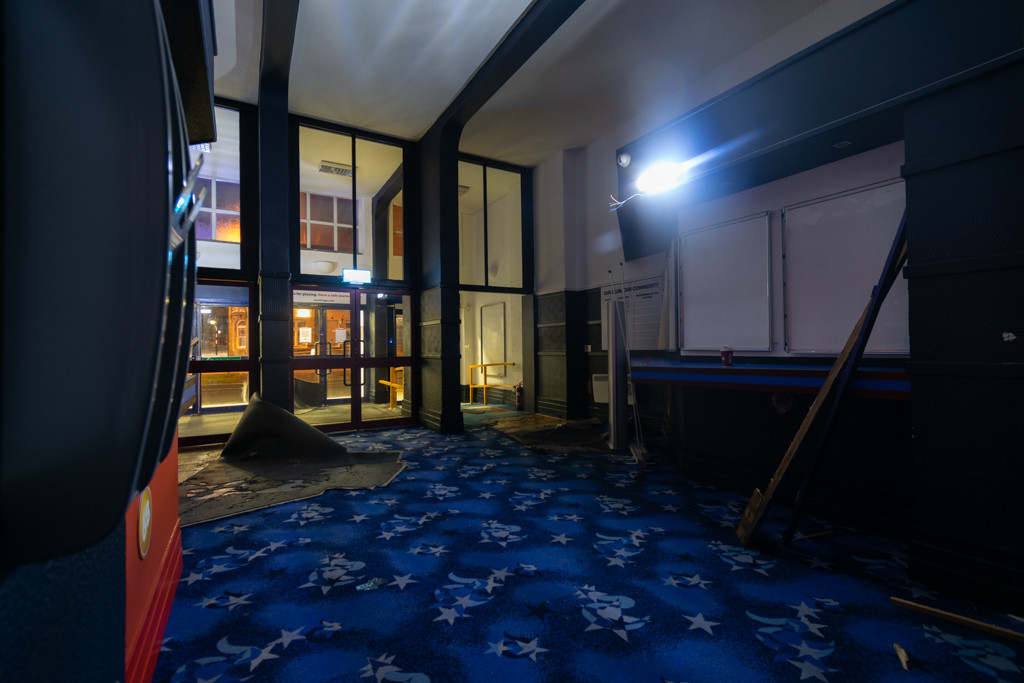 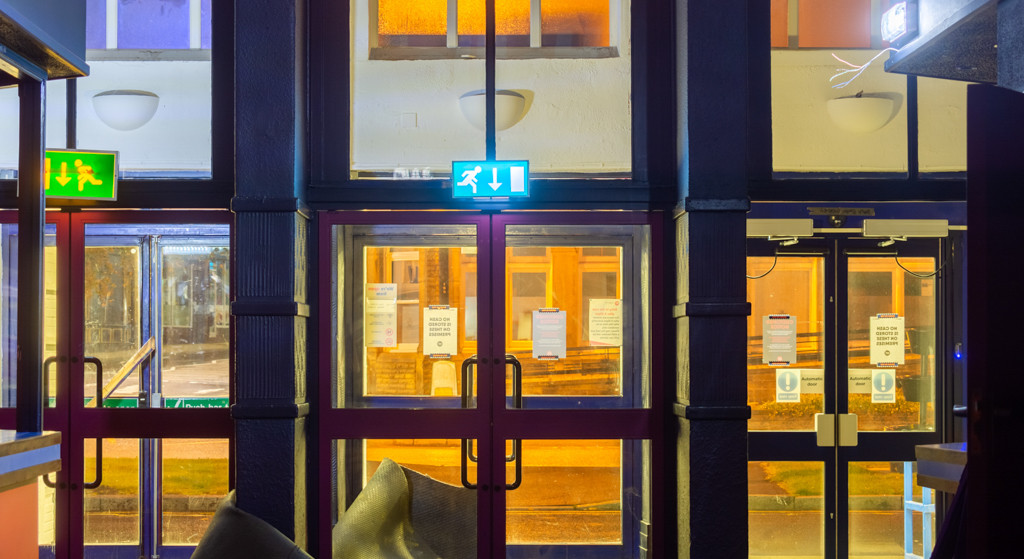 Lobby that lead to the stalls once upon a time. 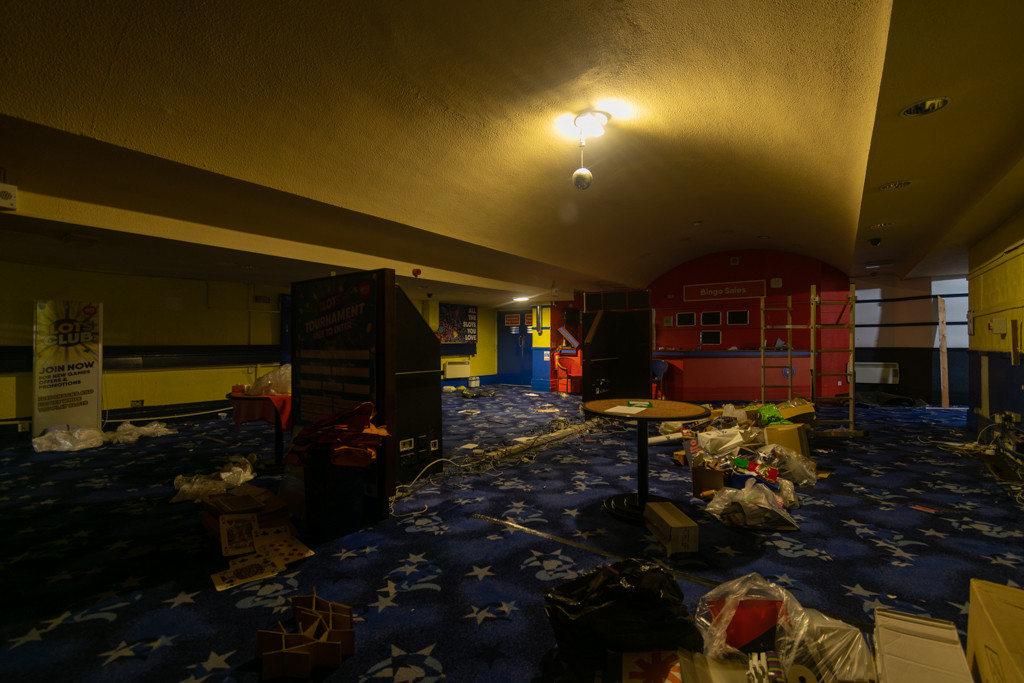 Storage rooms full of prizes and other items. 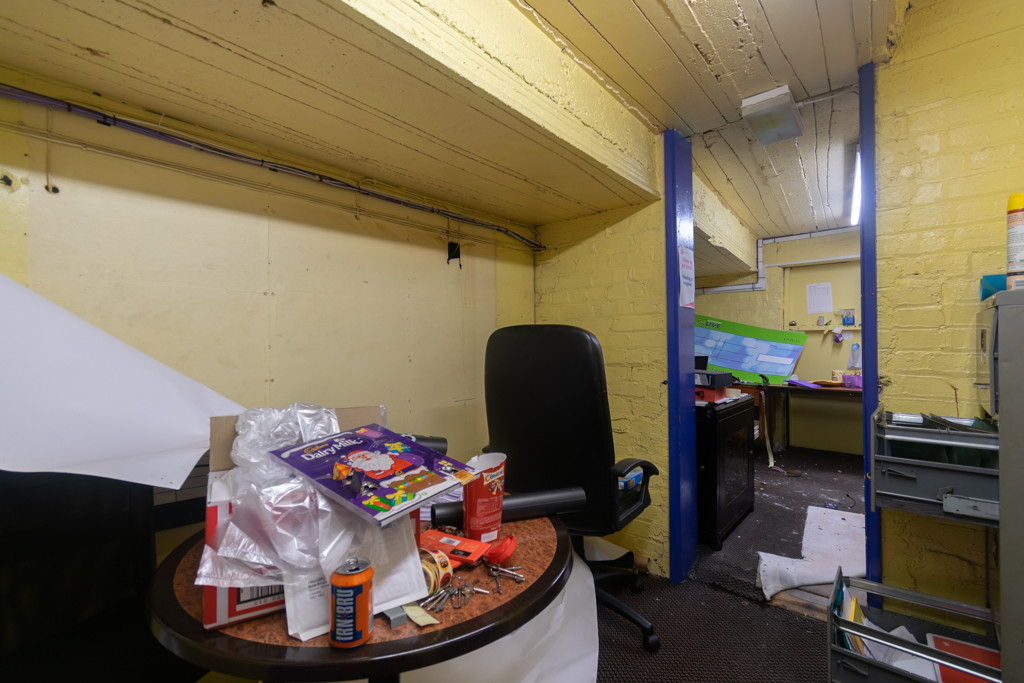 To finish off we headed to the roof to get another view over the lovely town of Chorley. 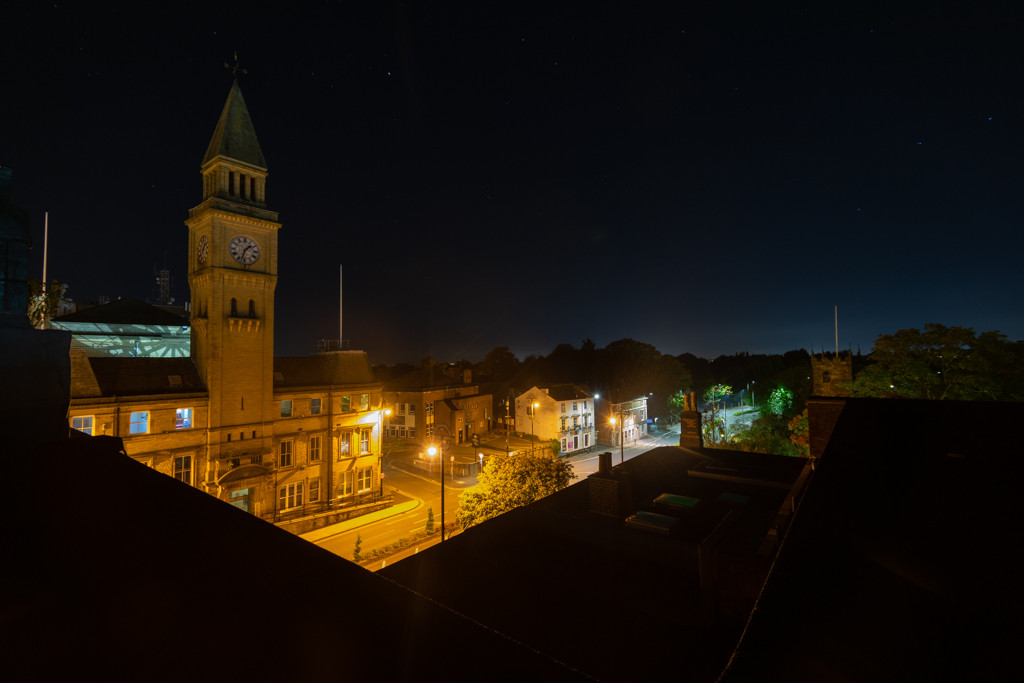 As of recent, Buzz Bingo surrendered their lease and the building fell back into the hands of the council. A statement from them stated the following: "Detailed surveys revealed significant amounts of asbestos and a lot of other problems - essentially the building is falling into serious disrepair and becoming a public health hazard." They have proposed plans to demolish the structure in aim to prepare a plot of land making the council more eligible for the Government's Future High Streets Fund. Sadly, this building won't be here for too long.

Regular User
Nice report lad, and some cracking photos there... was a good night, and was nice to see some of the original details in there, like the Kalee seats in situ!
| Flickr |​

Regular User
Well done! Didnt think this one would be particularly easy but one of the better 'buzz' closures.
flickr

Thanks mate and I have to agree, really takes away from the more impressive details. Luckily a few minor features to see else where in the property.
Flickr​

Regular User
That's bloody lovely, even for a bingoed one. The wings on either side of the stage look awesome, really gives it a presence in all it's gaudy colourscheme beauty.

Regular User
Really nicely lit and photographed that one is...

Regular User
Nice work. The older bits from the old cinema are great. Liking the old wooden doors & signs. Shame the projectors are gone, but the corridors & switches are good reminders.

Bingo halls always appear gaudy to me, such a mishmash of colours. And why always Red & Blue!