Regular User
The third in a series of reports I am doing on relics from Operation Chastise (The Dambusters Mission). The first report was based on the remains of a bouncing bomb lying on the ground at the former Ashley Walk Bombing Range in Hampshire linked here. The second report was about a replica 1:50 scale Möhne Dam lying in woods just outside Watford linked here. This report is about the former Birmingham Corporation Water Works Nant-y-Gro Dam which was blown up for demolition experiments in 1942. It lies in the Elan Valley just outside of Rhayader in mid-Wales.

Operation Chastise (also known as the Dambusters Mission) was an attack on German dams carried out during the night of 16 -17th May 1943 by 617 Squadron RAF using purpose-built 'Upkeep' bouncing-bombs developed by Barnes Wallis and led by Wing Commander Guy Gibson VC, DSO and Bar, DFC and Bar (yes he really was that decorated!). The Möhne and the Edersee dams were breached causing catastrophic flooding of the Ruhr valley. A third target, the Sorpe Dam, suffered only minor damage that night. The raid was a huge propaganda victory for the British and was a huge boost for national morale - remember that at the time there were no ground troops in 'Fortress Europe' and that had not been the case since Dunkirk back in June 1940 some three years earlier. This was a huge boost for a British public that at this stage of the war was very war-weary and wondering when we were ever going to go back into Europe. Grounds troops in occupied Europe was not to happen until the landings in Scilly in July 1943 (Operation Husky) and of course the Normandy landings in June 1944 (Operation Overlord). Whilst the Dambusters Mission was a huge propaganda victory for the British, the raid was not the knockout blow against German industry as hoped for - the Möhne dam was repaired within a few months and the majority of the casualties that night were actually Eastern European forced labourers detained in a camp below the Möhne Dam. But the fact is that this was a seemingly impossible daring raid conducted by super-courageous aviators and made possible by the brilliance of British engineering. Yes! You should be feeling patriotic now.

During the construction of the main Elan Valley Dams (which supply water to Birmingham by the way) in the 1890s the smaller Nant-y-Gro Dam was built to provide a water supply for the workers and their families in the temporary wooden-hutted Elan village. The Nant-y-Gro dam stood 11m high and 55m long. Once the main Elan Valley dams were completed in 1904 the water from Nant-y-Gro was no longer needed.

Initial explosive testing for the design of the bouncing bomb was conducted on replica 1:50 scale dams at the Building Research Establishment at Watford and at the Road Research Laboratory at Harmondsworth (see my second report). After this, it was time to scale up... In 1941 the Birmingham Corporation Water Works gave permission for the redundant Nant-y-Gro dam to be used for demolition experiments. The Nant-y-Gro dam happened to be a 1:5 scale of the German Möhne dam. On the 1st May 1942 a test was carried out which involved setting an underwater charge several metres behind the dam wall. It was unsuccessful. A second test was conducted on the 24th July with a charge set in contact with the dam wall itself and proved to be successful. The 126kg charge was suspended by scaffolding at the centre of the dam and placed 3m underwater. The explosion caused a huge spout of water to shoot into the air which then revealed a large breach in the dam wall. The test explosion left the dam with a large break in its centre measuring 19m wide and 8m high. The two remaining ends of the dam were still standing at their full height of 11m. Barnes Wallis attended both these tests. The test had proved his theory that an underwater explosion could create sufficient hydrostatic pressure to collapse a dam wall. The test also proved that the necessary bomb could be small enough to be carried by a bomber aircraft. The remains of the dam remain today are very much how they were left in 1942. Until a couple of years ago they were obscured by trees, these have now been felled.

After this it was a case of actually building and testing the bombs. Mostly done off Reculver in north Kent, but also at Fleet Lagoon, Chesil Beach, Dorset and at Loch Striven on the Firth of Clyde. An inert concrete filled bouncing bomb from the tests washed up on a beach at Reculver in 2018... to the locals in Kent is it still there?

1. Historical photo of the demolition testing in 1942 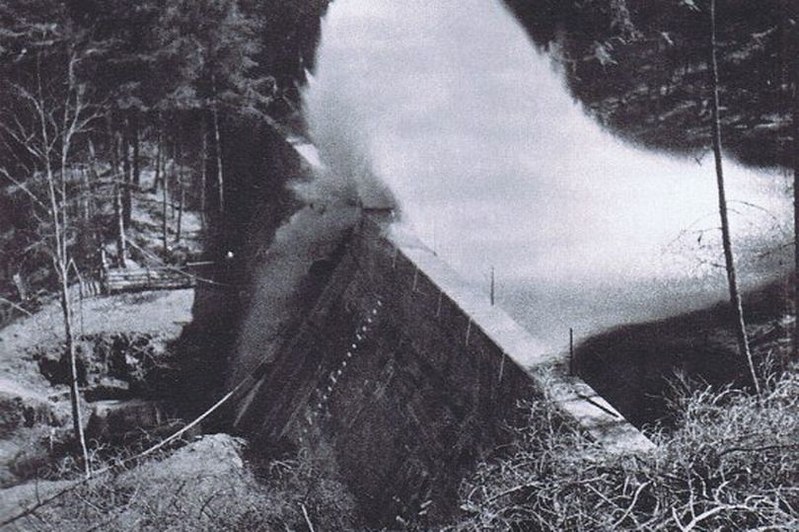 2. The Elan Valley dams and reservoirs supply water to Birmingham 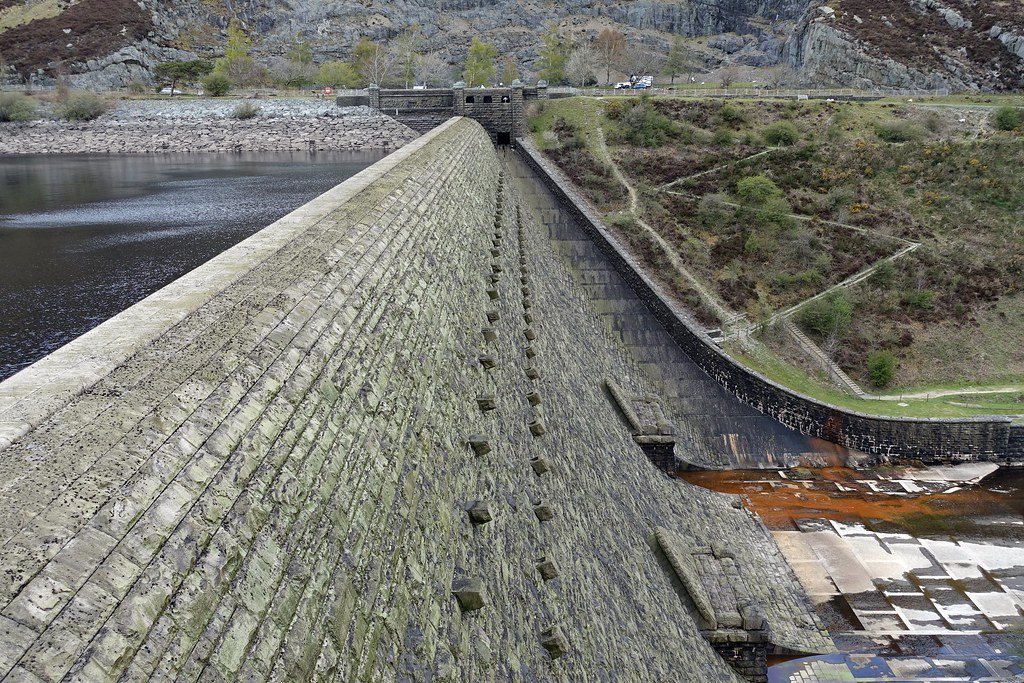 2. At the Nant-y-Gro Dam. The dam is breached in the centre, the two ends still stand at their original height of 11m. In front of the dam is an old water tank. 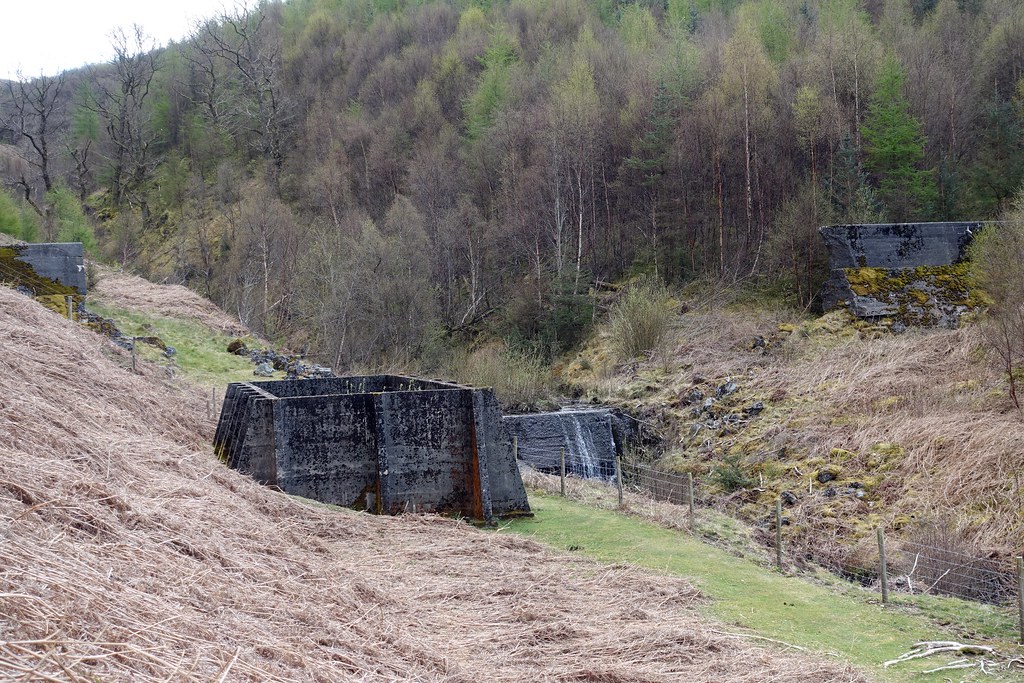 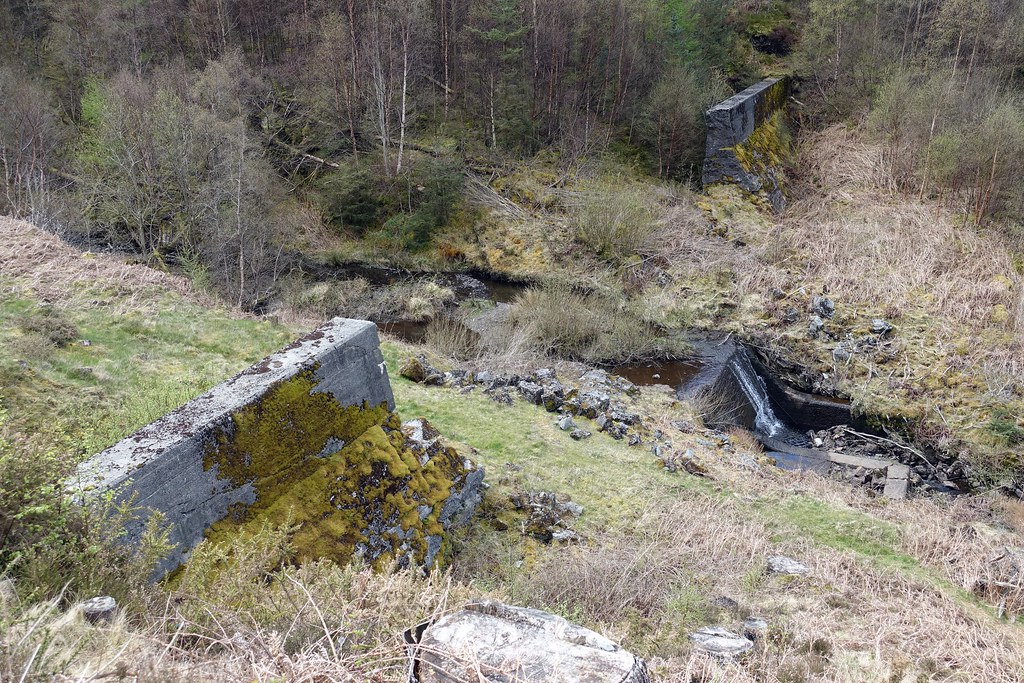 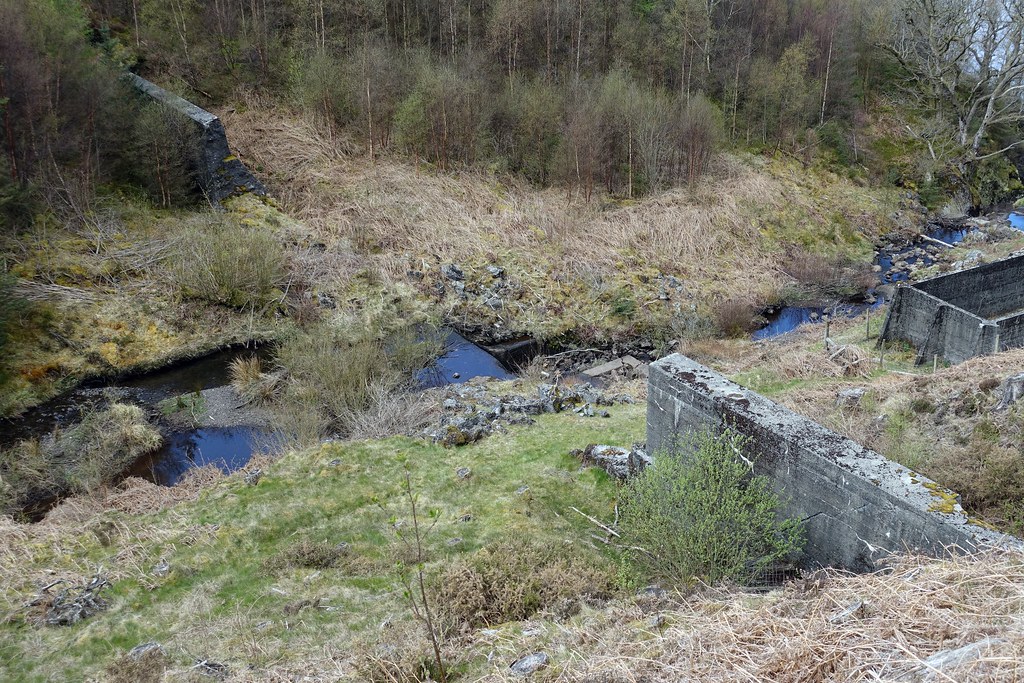 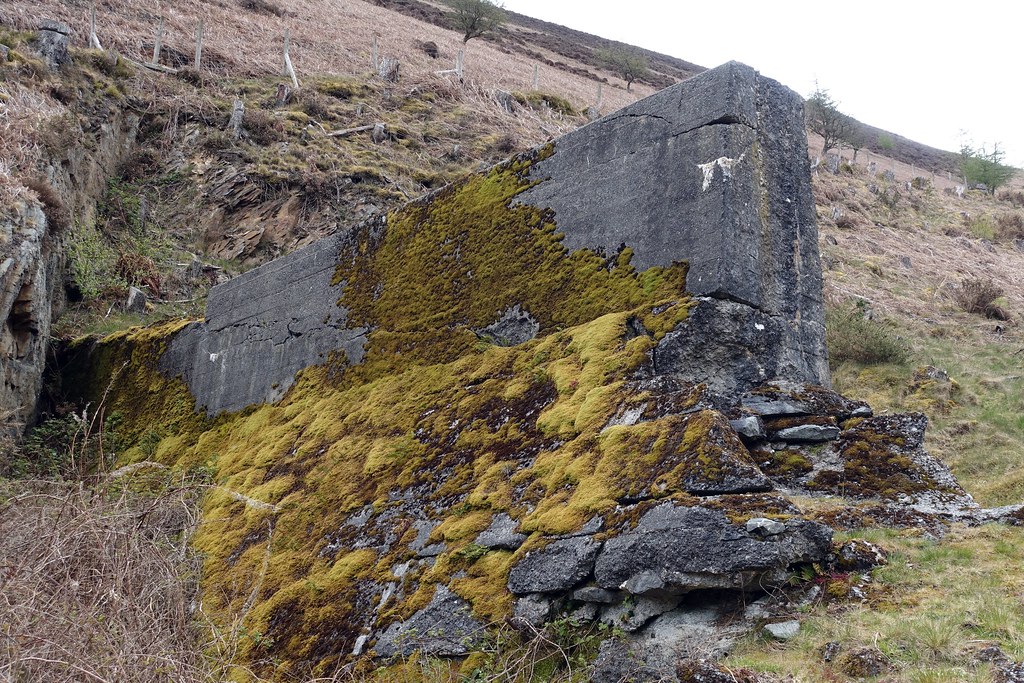 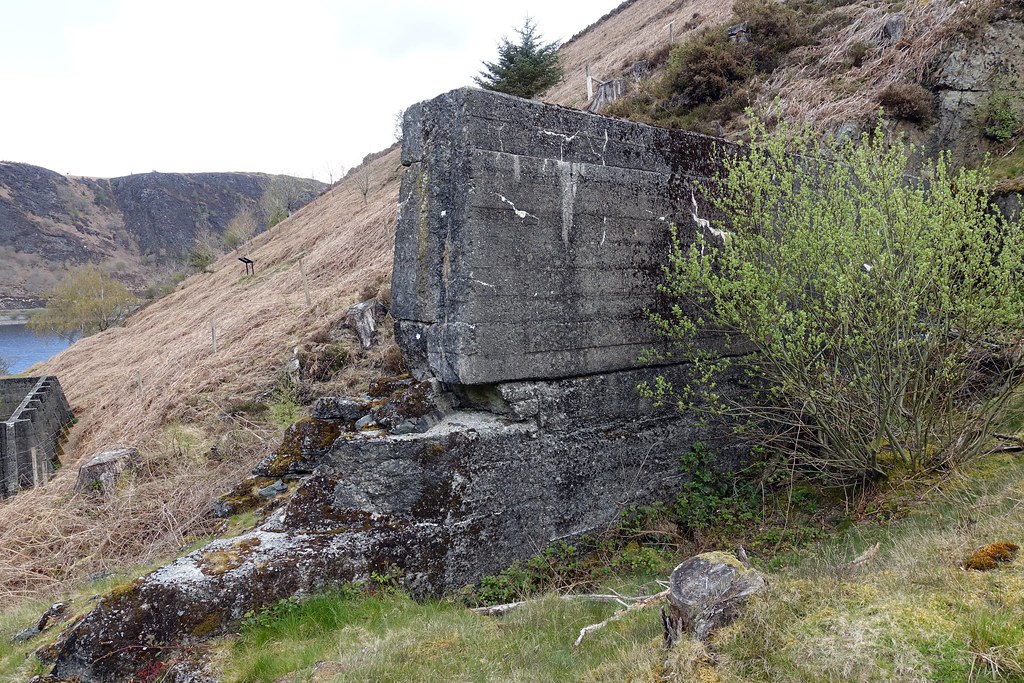 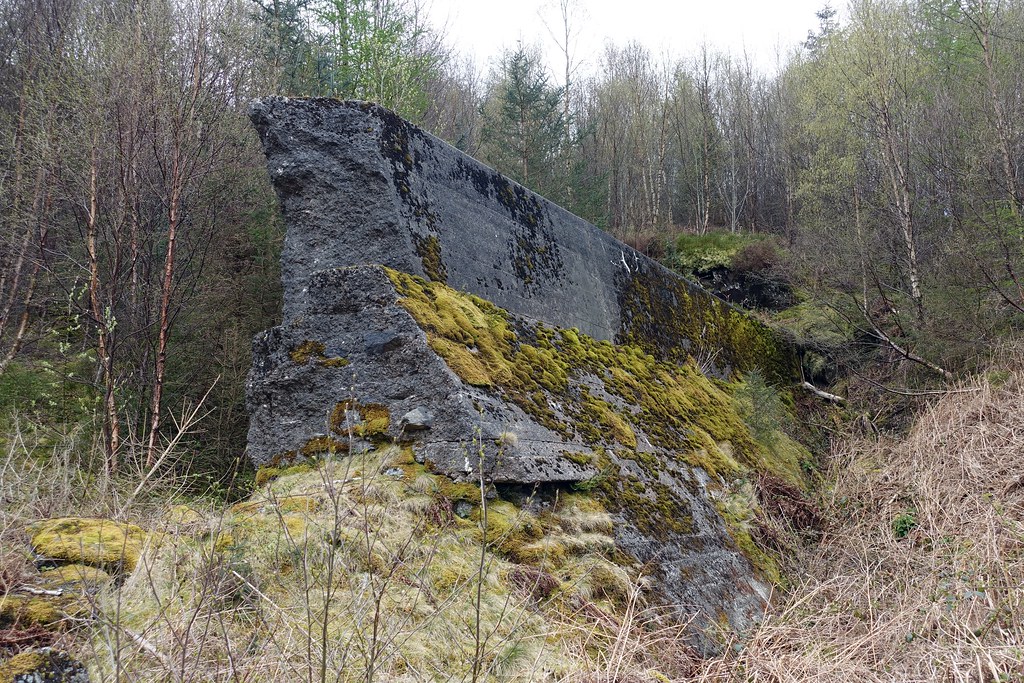 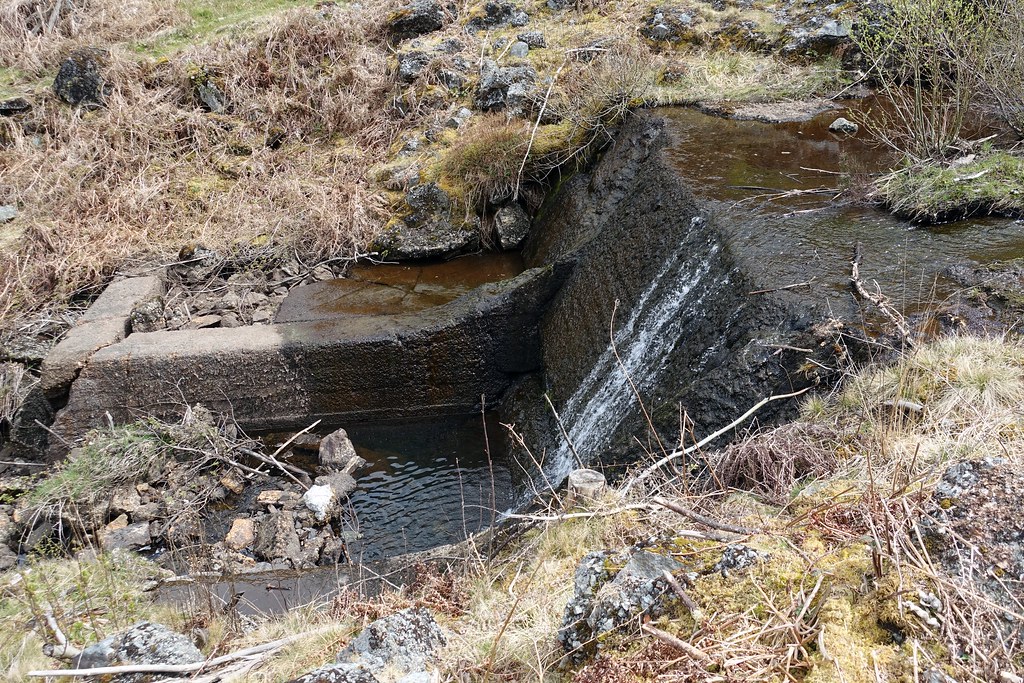 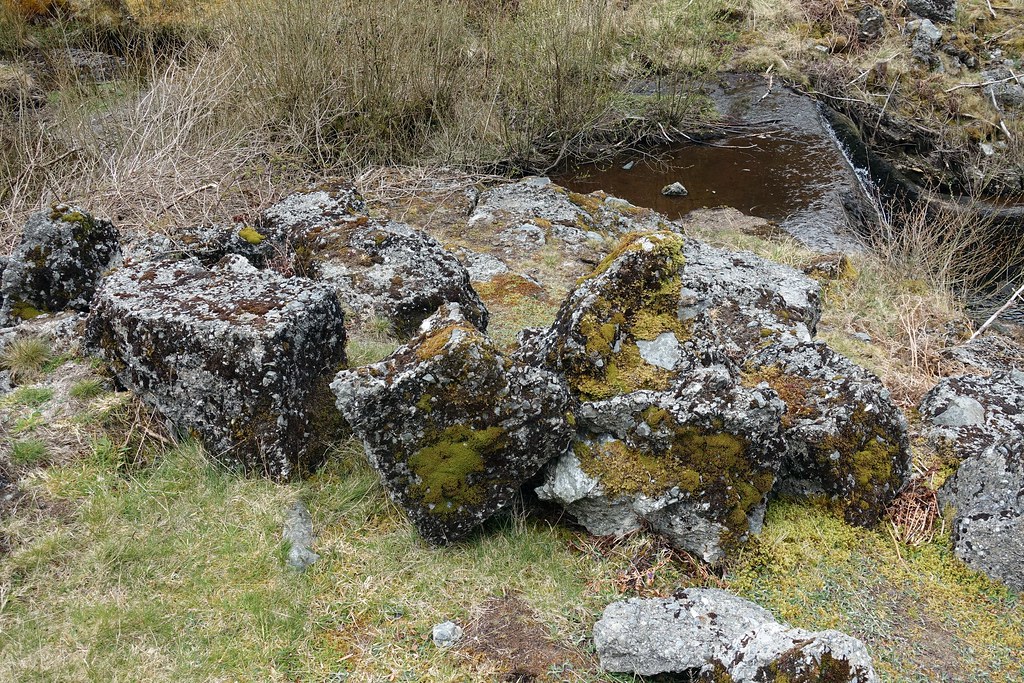 10. And another thing... the Victorian Palmerston Fort at Brean, just south of Weston-super-Mare in Somerset, is a place I have been to many times over the years. It was only while researching this report that I found out what the rail tracks at the final observation post were built for. This rail track was built to test 'Highball' bouncing bombs against battleships. I assume as a means to launch the bomb horizontally off the cliff at speed. Note: Highball was the bouncing bomb developed for the Navy to sink the German battleship Tirpitz and never used operationally. Walked past this so many times without knowing what it was for! 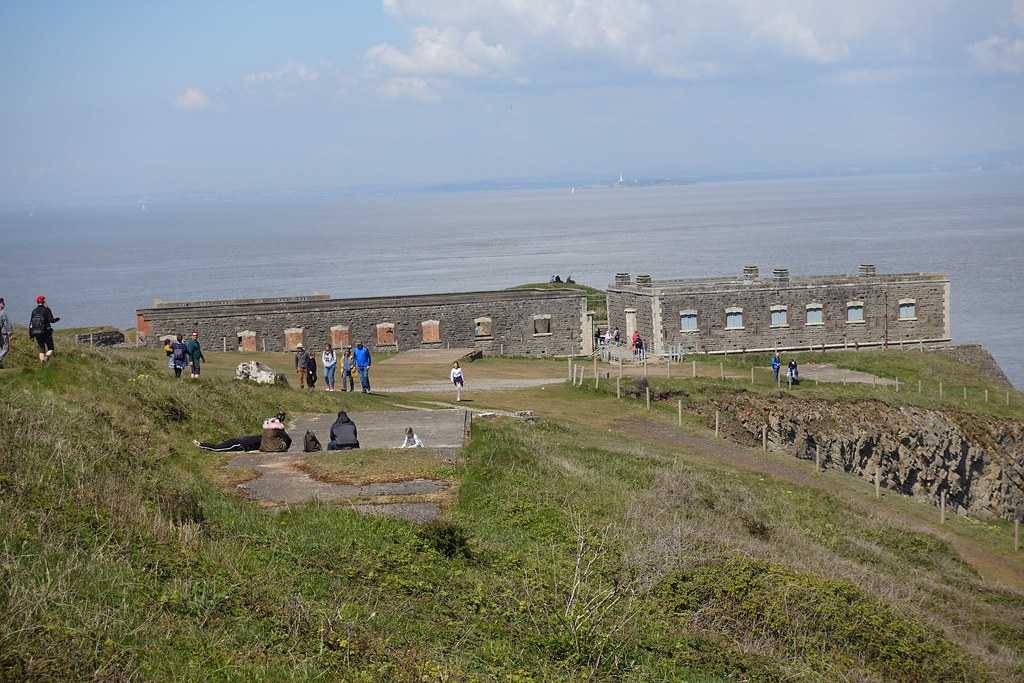 11. The track is about 20m long. The building also seen, at the end of the headland, is a WW2 searchlight placement 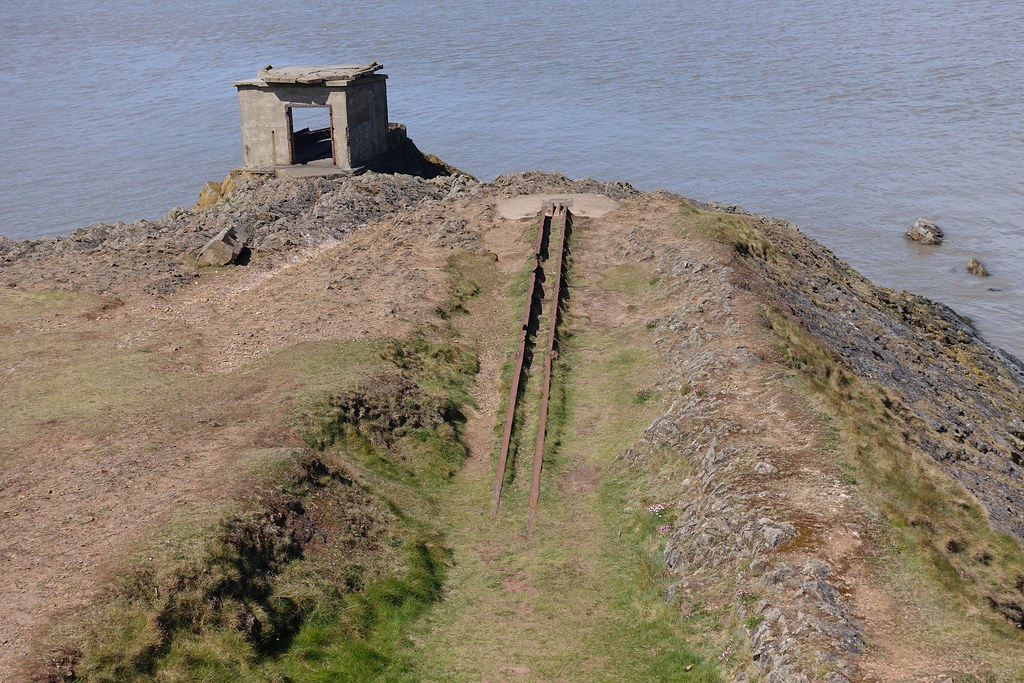 12. A trolley was to carry the bomb down the track then, on impact with buffers at the far end, project it into the air. But during the test, the trolley travelled so fast that it crashed through the buffers and took the whole lot over the cliff. If there is one thing that is remarkable about Barnes Wallis it is that he never gave up on his idea of the bouncing bomb and all this at a time when many people around him thought the idea as being a joke. This includes Air Marshal Arthur Harris himself, the commander of RAF Bomber Command, who was never committed to the the idea of the Dambusters Mission and fought tooth and nail to get the plan cancelled (but was over-ruled at a political level from above). Most of the tests for the bouncing bomb, such as the ones at Reculver, were failures and even in the weeks leading up the Dambusters Mission, they could not get the bomb to work. A workable bouncing bomb was not ready until literally right up to the date of the mission. It is truely remarkable that Barnes Wallis never gave up. 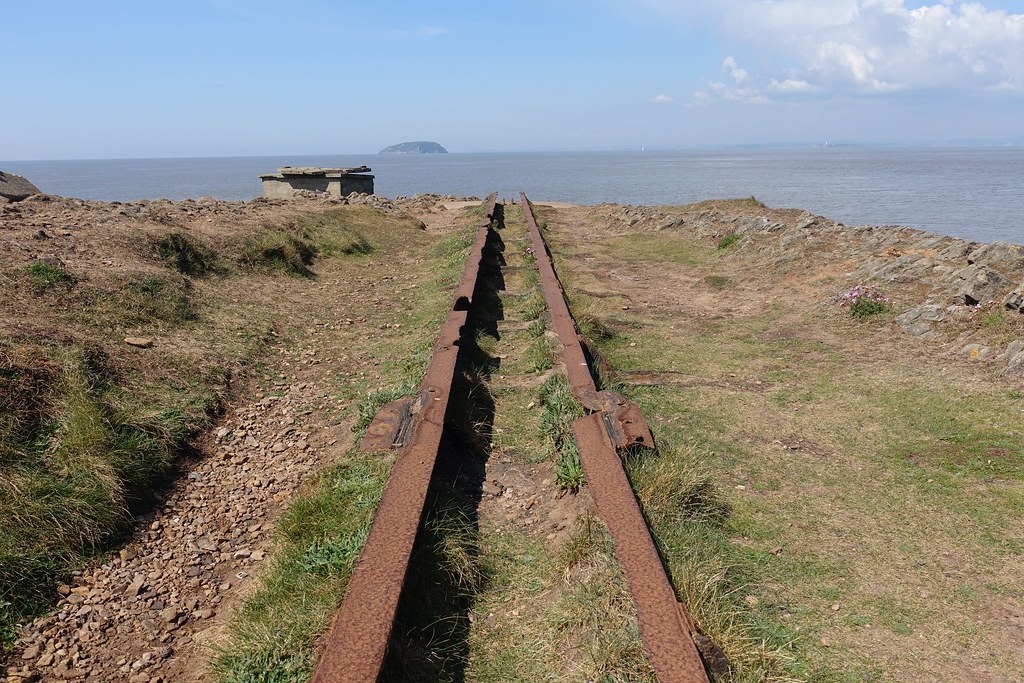 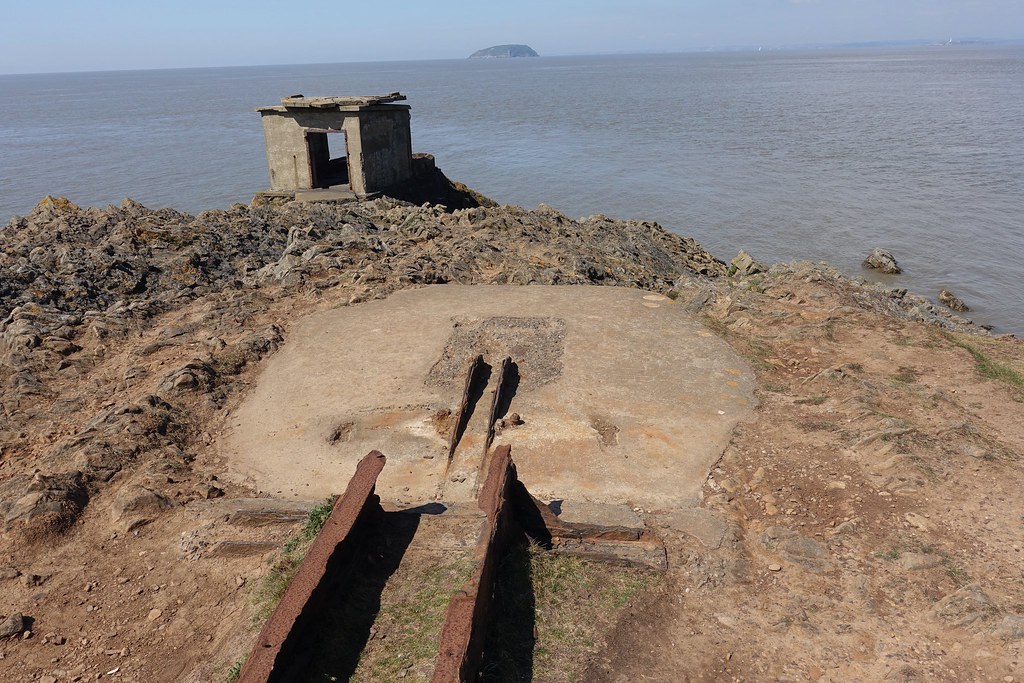 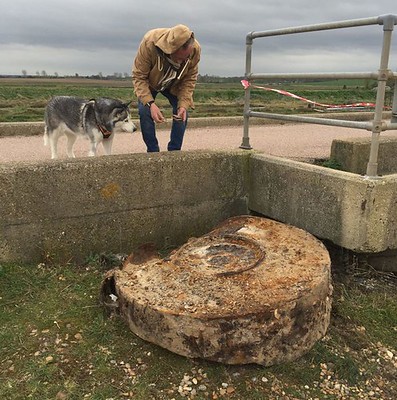 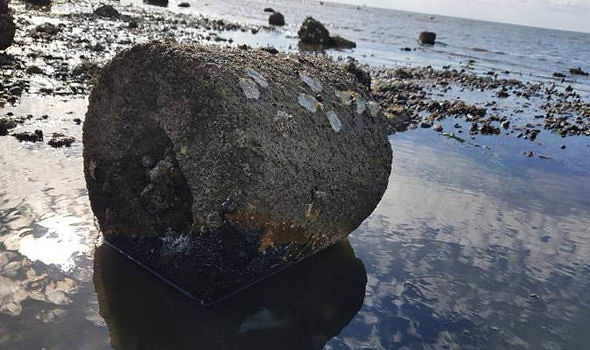 Not my pics I should point out. Anyone knows if still there?
Last edited: Monday at 12:38 PM
Mr Bertie Bollockbrains
An idiot

Regular User
Thats all from me regarding Operation Chastise, remaining sites are too far away for me to drive.... especially because I'm still recovering from last years accident that smashed up my leg. I can't drive for more than a couple of hours without my leg hurting.

other sites not covered include:
Derwent Reservoir in the Peak District
Eyebrook Reservoir in Leicestershire, both where strafing runs on dams were practised
RAF Scampton in Lincolnshire where visits are possible by prior arrangment to see Guy Gibson's office and an Upkeep bouncing bomb
and errr that is probably it
Mr Bertie Bollockbrains
An idiot

Regular User
Fantastic again Bertie. So comprehensive & enjoyable read. So many people would walk past these and not give a second though. The rail is cool, and to think bombs were rolled along them is mind blowing. I loved your series.

28DL Full Member
I used to work as a photographer at the Transport and Road Research Laboratory mentioned on the Hillingdon plaque (but many years after the war!). The black and white picture of the dam test was well known to us and we also knew of the tests done at the Building Research Establishment near Watford. However, I didn't know that the model dam still existed. Whilst clearing out our film archive, we found a large can of cine film relating to the Dambusters work. We quickly realised that this was on nitrate base (not acetate) and was both highly flammable and could also spontaneously combust! Nitrate film-stock was one of the reasons a lot of early cinemas burnt down! We carefully carried it to our flammable materials store and there it stayed until someone from the Imperial War Museum came and took charge of it.

Attached are a couple of wartime pictures of the model dam. I don't know whether they add anything you don't already have.

28DL Full Member
I should have mentioned that TRRL had moved to Crowthorne by the time I joined.

28DL Full Member
What a fantastic report! Really interesting and a great read. Thank you for doing this.