Well after chasing our tails for a while on this one, with many hints and suggestions most of which turned out to be red herrings we now had to spend more time researching possible locations, not too mention the last week of lifting lids here there and everywhere in some 'on top' locations

After studying maps and drawings and many old photos, we now had a very good idea where this was, another drive into Manchester to lift a few final lids sealed the deal

After popping the final (HEAVY) liddage which as I shone down my torch and peered in could finally say "this is it".


The search was over, and so I descended the rusty rungs, into the darkness and through what seemed like years of cobwebs 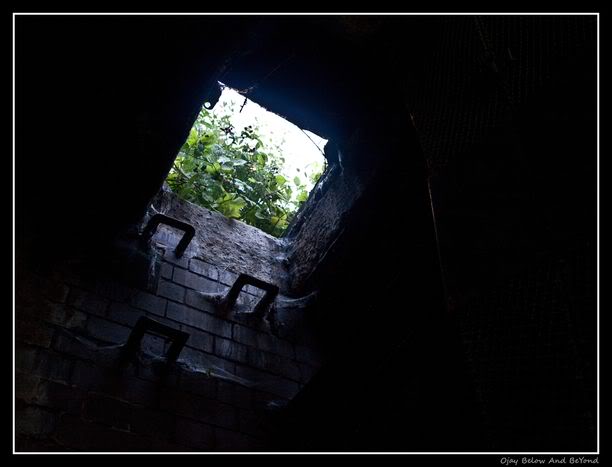 Once we were both safely down, we were in a large underground chamber with 2 huge motors (used for lowering the Penstocks)

The purpose of this system, is to divert/control the flow between the 2 Davyhulme Outfall sewers 'A' and 'B'. These massive trunk sewers run parallel at this point, with a connecting brick tunnel to allow flow to pass either side once either of the Penstocks are lowered - (A balancer if you like)


Through the middle of the chamber was a walkway, which allowed us to walk across to each side of the 2 trunk sewers 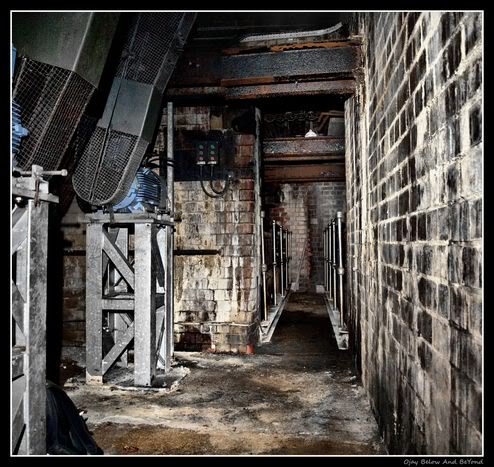 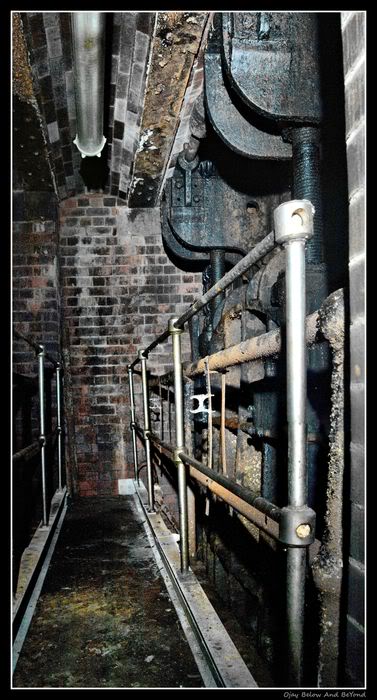 Here there were 2 massive Penstocks, used to control the flow, with counter weights. These were operated by the machinery in the earlier photo 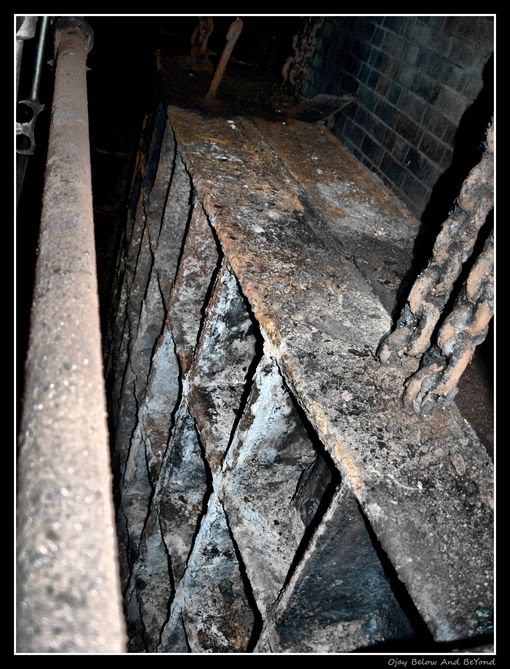 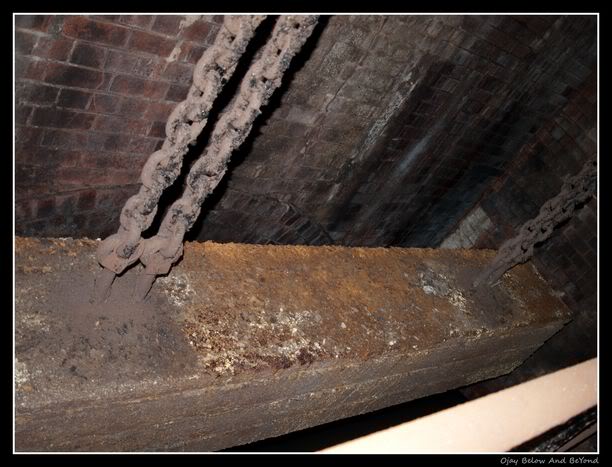 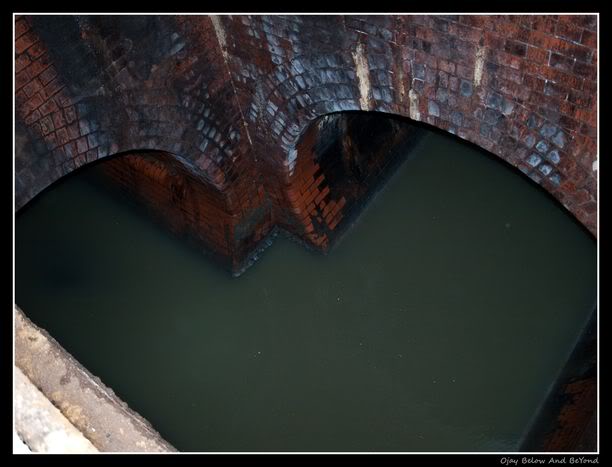 To the right was another brick shaft about 12ft down 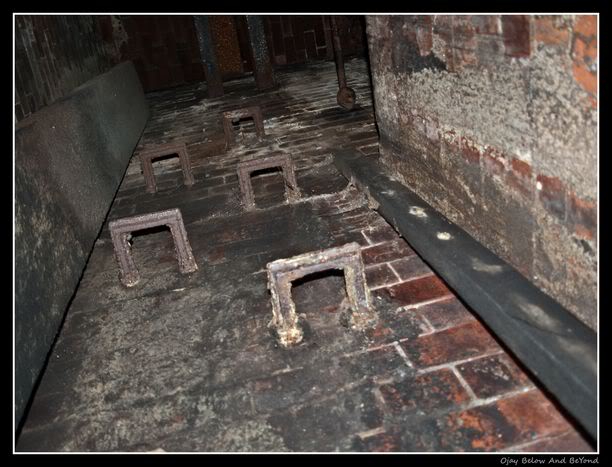 Quickly climbing down, I was right in the fresh of the Davyhulme trunk, with Manchester's finest rapid flowing nuggets and a smell which I am now somewhat accustomed too

To the Left is Davyhulme 'A' 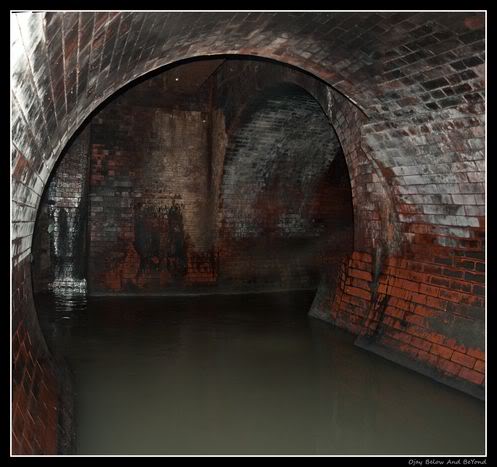 With this RBP, used to balance/divert the turdstream across to Davyhulme 'B' if and when required 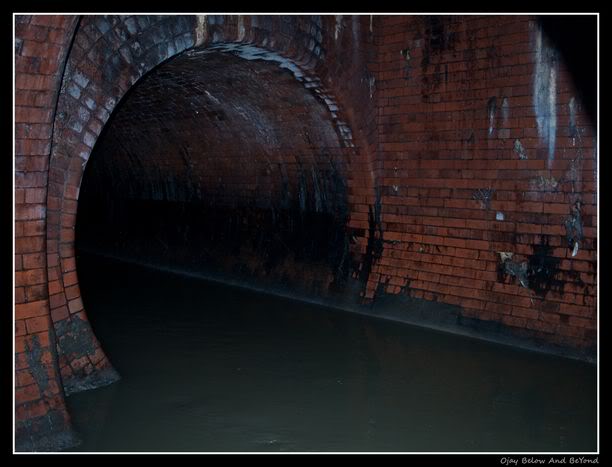 Clever eh, well I was impressed

Impressive find man with some serious poop-flow going through there, would love to see it but i'd draw the line at standing in fresh!