28DL Full Member
This trip wasn't really planned as I was supposed to be at work the night before but we were told that we weren't required. I had quickly come up with a few options, Cwmystwyth, Bryneglwys and Ffestiniog. As I was by myself I decided to do Ffestiniog as I know the area very well after visiting regularly for the past few years. The weather was bright sun with a bit of a breeze, which was very welcome when walking up the a mountain in wellies. There are a few paths you can use to reach the quarry - from Croesor, via Stwlan Dam or from Tanygrisiau. I chose the latter as it required the least veritcal gain of the lot of I could call at Wrysgan as well.

My favourite thing about Wrysgan is that you can enter on the bottom level and work your way up to the floor second from the top (through the famed 'goat shit chamber.') There is some very handily placed ladders and hand lines to help navigate through this place. I however, really do not like this place at all; there is some huge collapses in the chambers.

Coming out the top of Wrysgan you're greeted with this view. Remains of Wrysgan mill in the foreground, Cwmorthin across the valley and Maenofferen / Blaenau to the right.

Next I contoured around the mountain side towards Rhosydd quarry. There is a large hole on the top where a big collapse occured in Rhosydd in the early 1900s.

The next point of interest reached was Stwlan dam which is a pumped storage hydro scheme. Water is pumped uphill in times of low demand and released when extra capacity is required, water goes down in to Tanygrisiau reservoir via the Ffestiniog Power station. On the lake in the background is the former Trawsfynydd nuclear power station. The incline on the right was part of a series of 7 inclines which connected the Ffestiniog railway to Moelwyn slate mine.

Moelwyn was connected underground to Pantmawr to make sure the stablity of both mines was not compromised, the walls were lined up and the same the floor numbering system was adopted.

There is one more small mine, Bwlch Stwlan mine - there isn't really anything to see apart from a small trial and small quarry.

Pant Mawr was the first of the two quarries to be established, around 1850. It was situated on the western slopes of Moelwyn Mawr, and was working the same slate vein as the Moelwyn quarry, which was situated on the south eastern slopes of the same mountain.[1] Slate quarries in the Ffestiniog region, where the slate veins slope downwards at an angle, are worked as pillars and chambers, where two chambers on the same horizontal level are separated by a pillar of unquarried rock, of a similar thickness to the width of the chamber, in order to support the rock above. In order to maintain the stability of the quarry, chambers below that level are precisely aligned, so that the pillars on one floor are directly below those on the floor above.[2] The upper levels of Moelwyn Quarry were at 1,700 feet (520 m) above ordnance datum (AOD), while Pant Mawr was around 1,500 feet (460 m) AOD. The integrity of the Moelwyn Quarry was ensured by making underground connections to it, and aligning the Pant Mawr chambers and pillars with those of the quarry above. The numbering sequence for the levels in the Moelwyn Quarry was continued downwards through the Pant Mawr Quarry.[3]

When first opened, there was no railway connection to the Croesor valley, and slates were transported to the Ffestiniog Railway at Penrhyndeudraeth by pack animals, using a route along Cwm Maesgwyn, which was also used by the Moelwyn quarry. Later in the 1850s, the quarry erected a small mill, and constructed an incline to transport the quarried rock to it. The next big advance took place in 1863, when a second incline was built to connect to the mill, and an access tramway was constructed to link with the Croesor Tramway, then being built by Hugh Beaver Roberts. The access tramway was built on a rock-cut shelf, partly following an old track, and then descended 1,000 feet (300 m) via two inclines, making it the highest two-pitch incline in the slate quarrying industry of Britain.[1]

The mill was upgraded in 1878 by the addition of a steam engine, and there were around 100 men working in the quarry at the time. However, work ceased in the following year, and the quarry was idle until 1886, when it was amalgamated with Fron-Boeth. Some of the chambers were worked subsequently, and four men were still working two or three chambers in 1905.[1]

Fron-Boeth was an ambitious attempt, begun in 1886, to extend the Pant Mawr workings, starting from a new mill site at a lower level. It was never particularly successful, but employed around 50 men initially, with production decreasing in the early 1900s.[4] The tramway from the top of the first incline to Pant Mawr had looped northwards in an 'S' shape to reach the foot of the second incline. This route was abandoned, and the first incline was extended upwards, through the drumhouse, to a ledge a little further up the hillside. It followed this ledge towards the south west, and then made a right-angle bend to enter a tunnel, which took it through the ridge between Cwm Croesor and Cwm Maesgwyn. The tunnel was around 500 yards (460 m) long, and was the only significant example of a tunnel created for an access tramway, rather than as part of a mine, in North Wales. There are several spoil tips near the far end to the tunnel, but these are formed of granite waste, as the quarry buildings were constructed from granite, rather than slate. The tramway turned back on itself to reach a second incline, from the head of which a further tramway followed the general direction of the one to Pant Mawr, but at a lower level. The tramway to Pant Mawr had been laid in bridge rails, but that to Fron-Boeth used conventional flat-bottomed rail.[5]

The main mill was steam powered, and above it, a single acting table incline was used to connect to a number of chambers which had been created below the original Pant Mawr workings. The levels were numbered downwards, in a continuation of the numbering scheme adopted by Moelwyn and Pant Mawr, and the mill was on level 18. The building was quite large, and housed at least three saw tables and three dressing machines, although there was room for several more. Beside the mill is a large Lancashire boiler, which was used to store water. A second mill was built near to the exit tunnel in the 1890s, and was designated as level 22. Its purpose may have been to serve lower levels, as the quarry extended down the hillside, or it may have been to process output from the Cefn-y-braich quarry.[4] This consisted of two open terraces, which employed about 20 men between 1877 and 1883. It was subsequently absorbed into the Fron-Boeth operation, and the terraces became levels 19 and 20 in the Fron-Boeth numbering scheme.[6]

Like so many enterprises, precise details are often a little contradictory. There are entries in the Croesor Tramway accounts for Pant Mawr from September 1877 until May 1892. Separate entries for Fron-Boeth begin in 1886. Boyd states that Pant Mawr had been abandoned by 1916, and the tramway lifted by 1920, although large scale Ordnance Survey maps show no rails in 1900. Working of Fron-Boeth quarry ceased during the First World War, although the rails on the tramway remained in situ for many years
Click to expand...

Path running from Pant Mawr to Moelwyn Quarry, I think this was a horse route rather than a tramway.

Looking down on the old pant mawr mill.

Hole next to a building outside an adit presumably a weighbridge.

Looking down a table incline

Looks like remains of a brake from an incline drum

The old Lancashire boiler, I believe this came up the old incline when it was first installed. As this was out of use when the quarry closed and it wouldn't fit through the tunnel its still there.

The next few are remains of the mill.

This is where waste late from the mills were removed in wagons.

A few internals from the one adit I could access without getting wet feet. 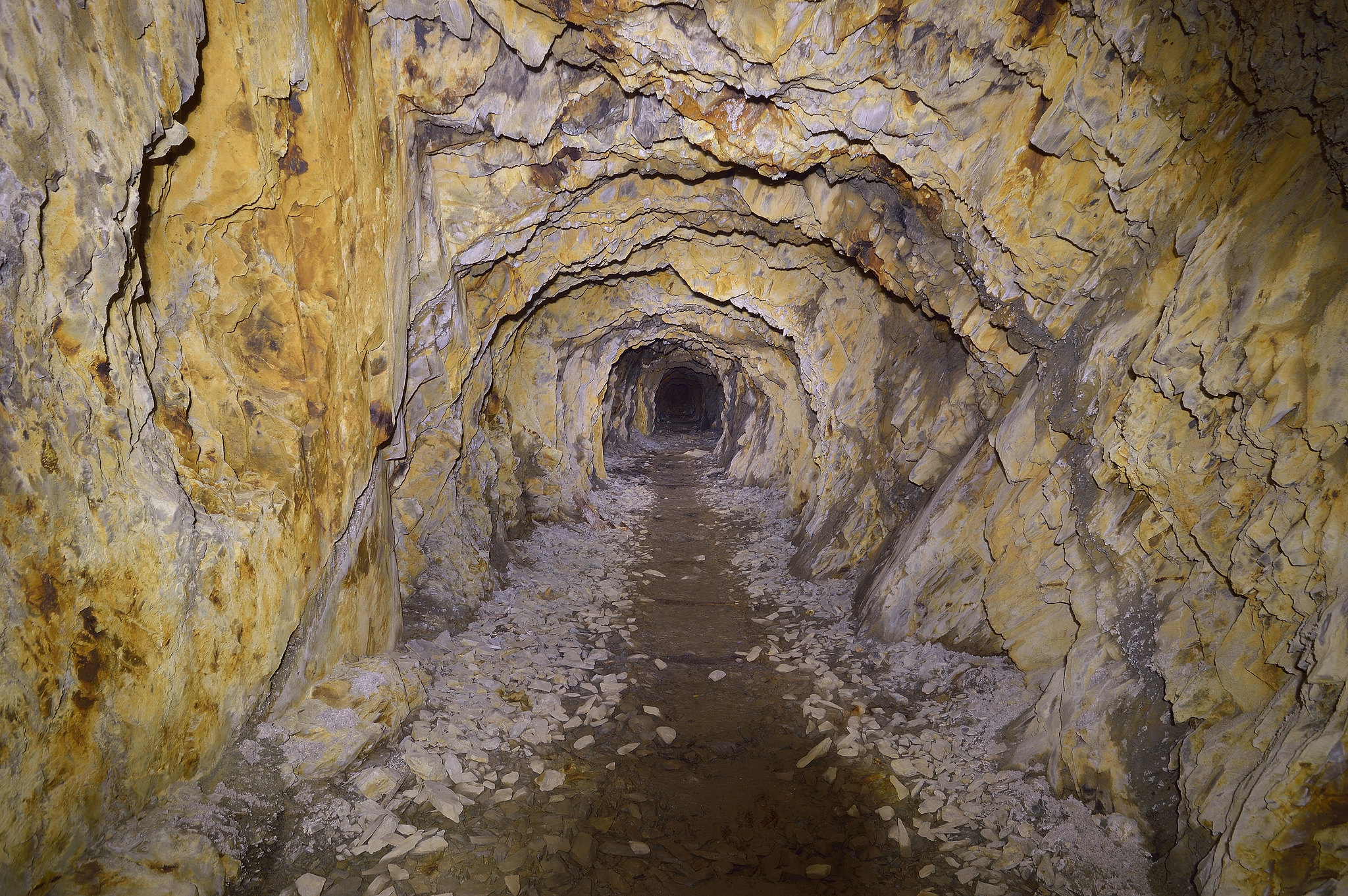 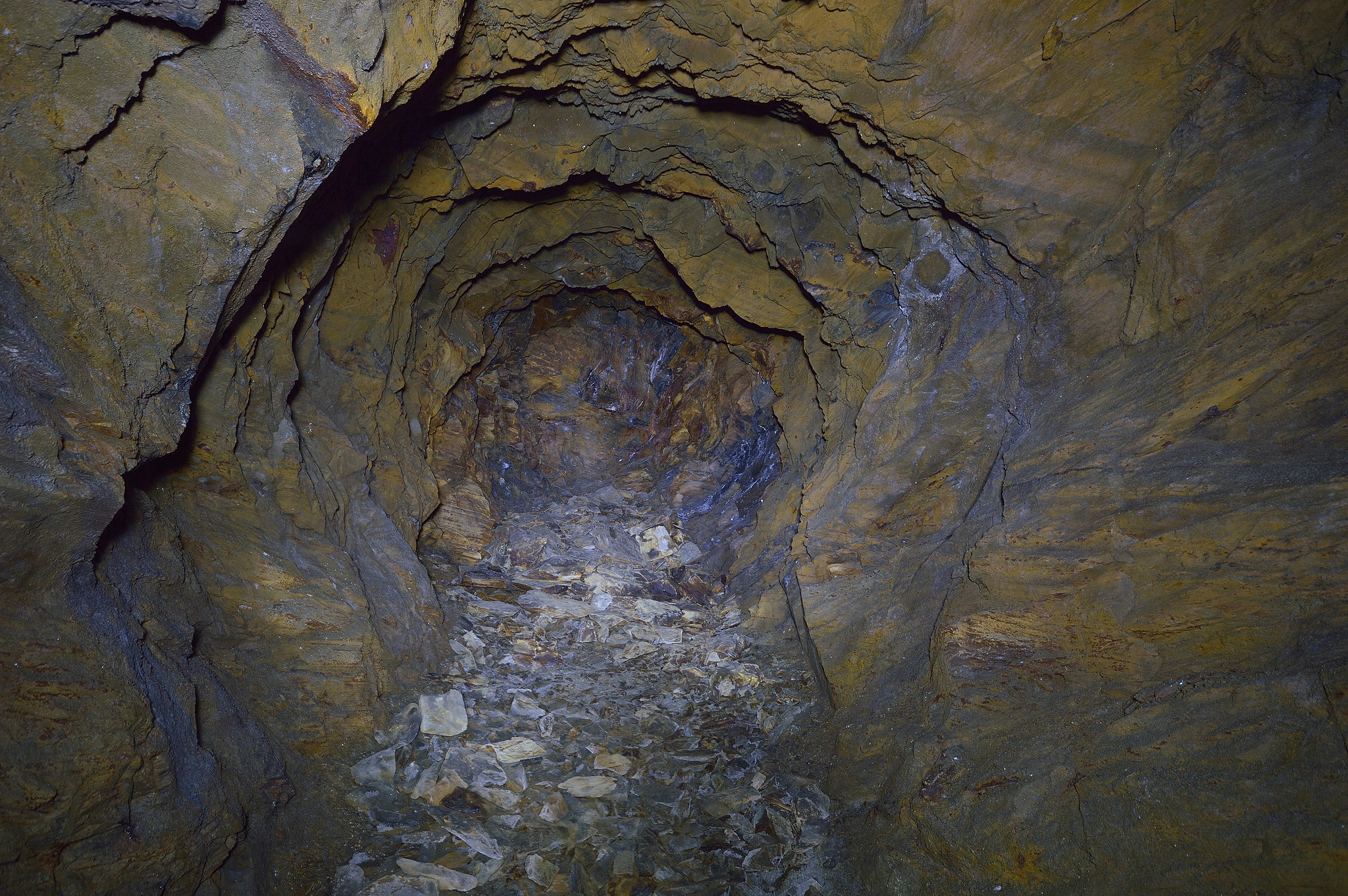 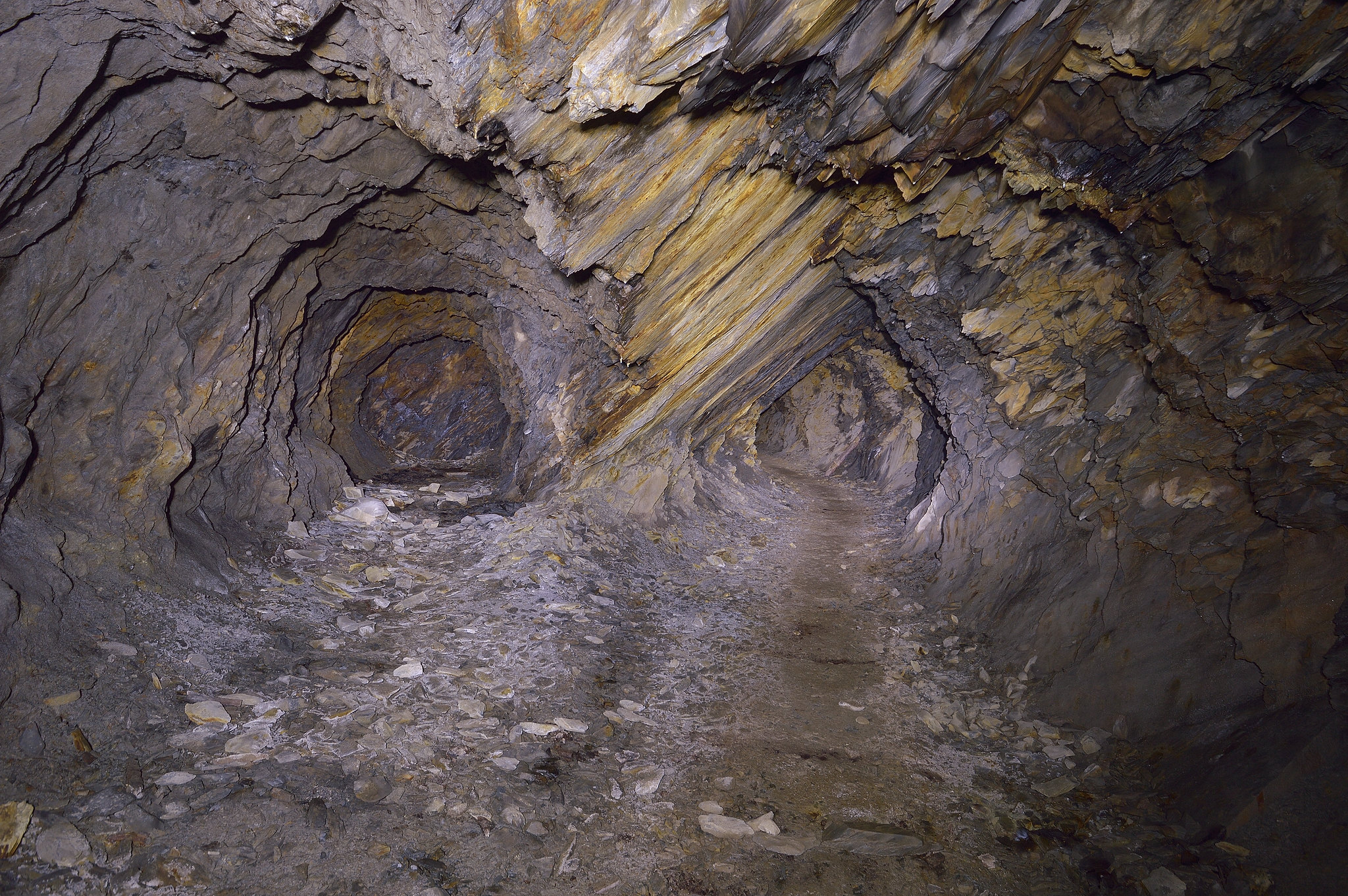 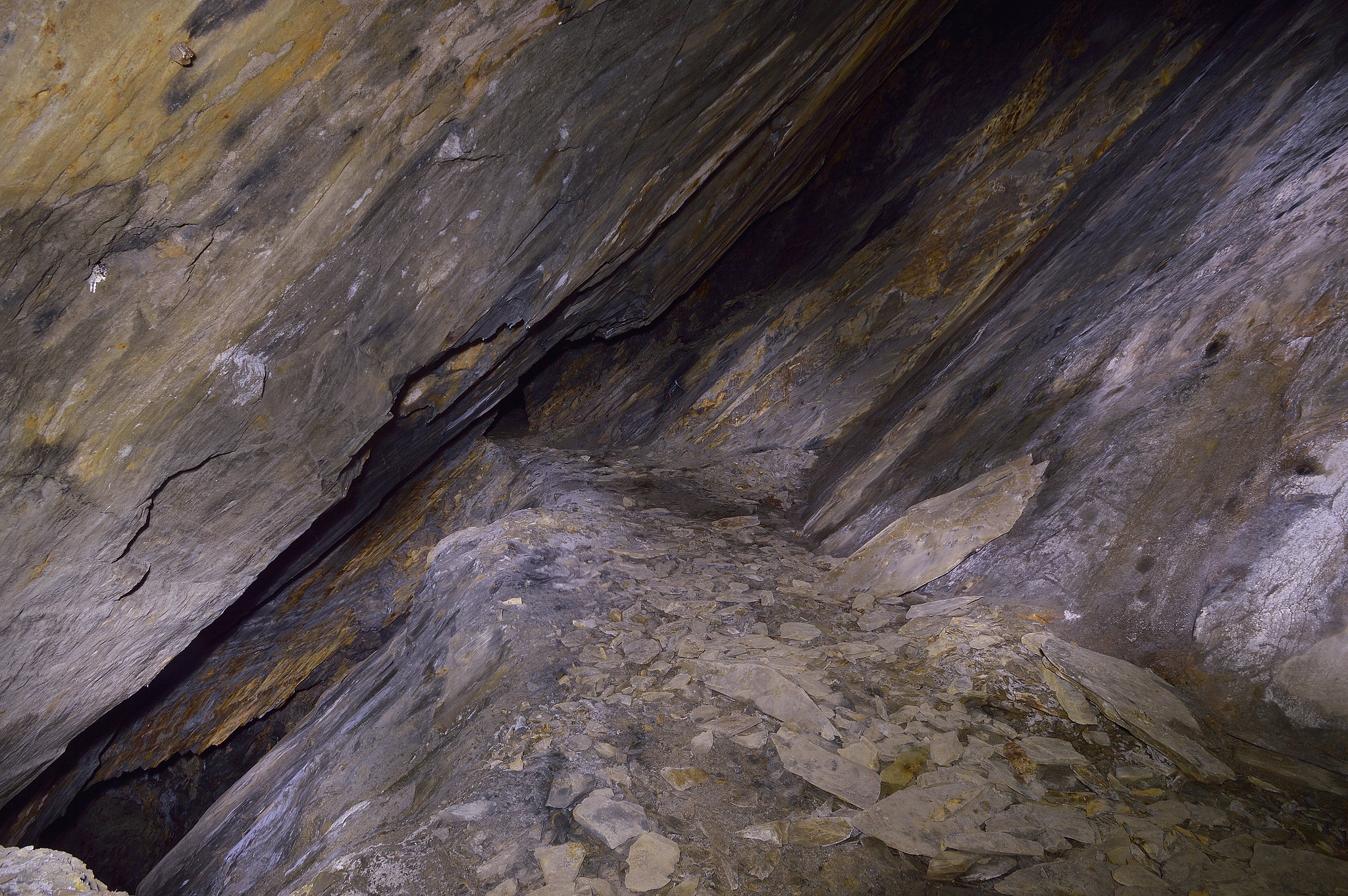 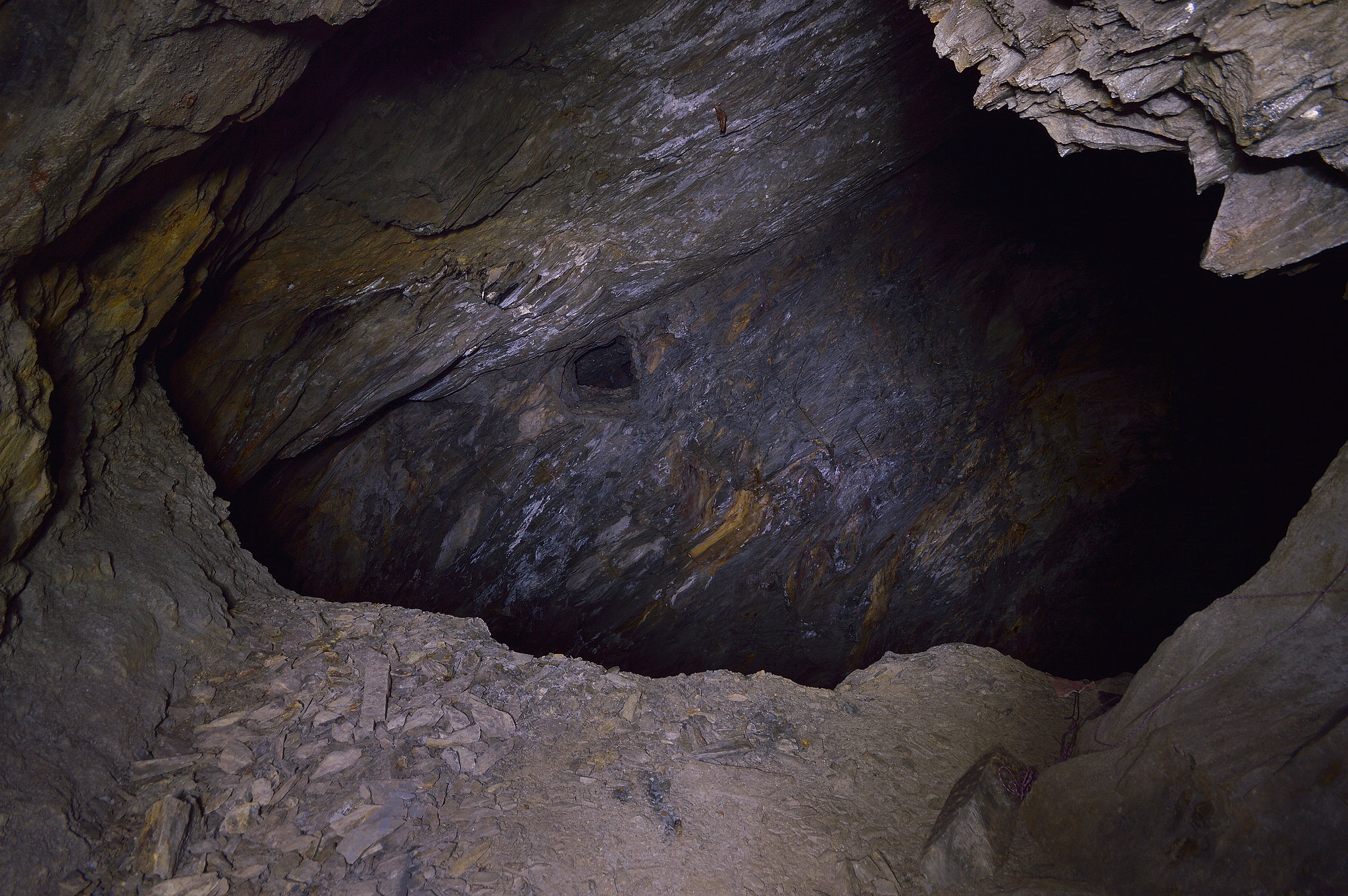 A few of the open quarry as well: 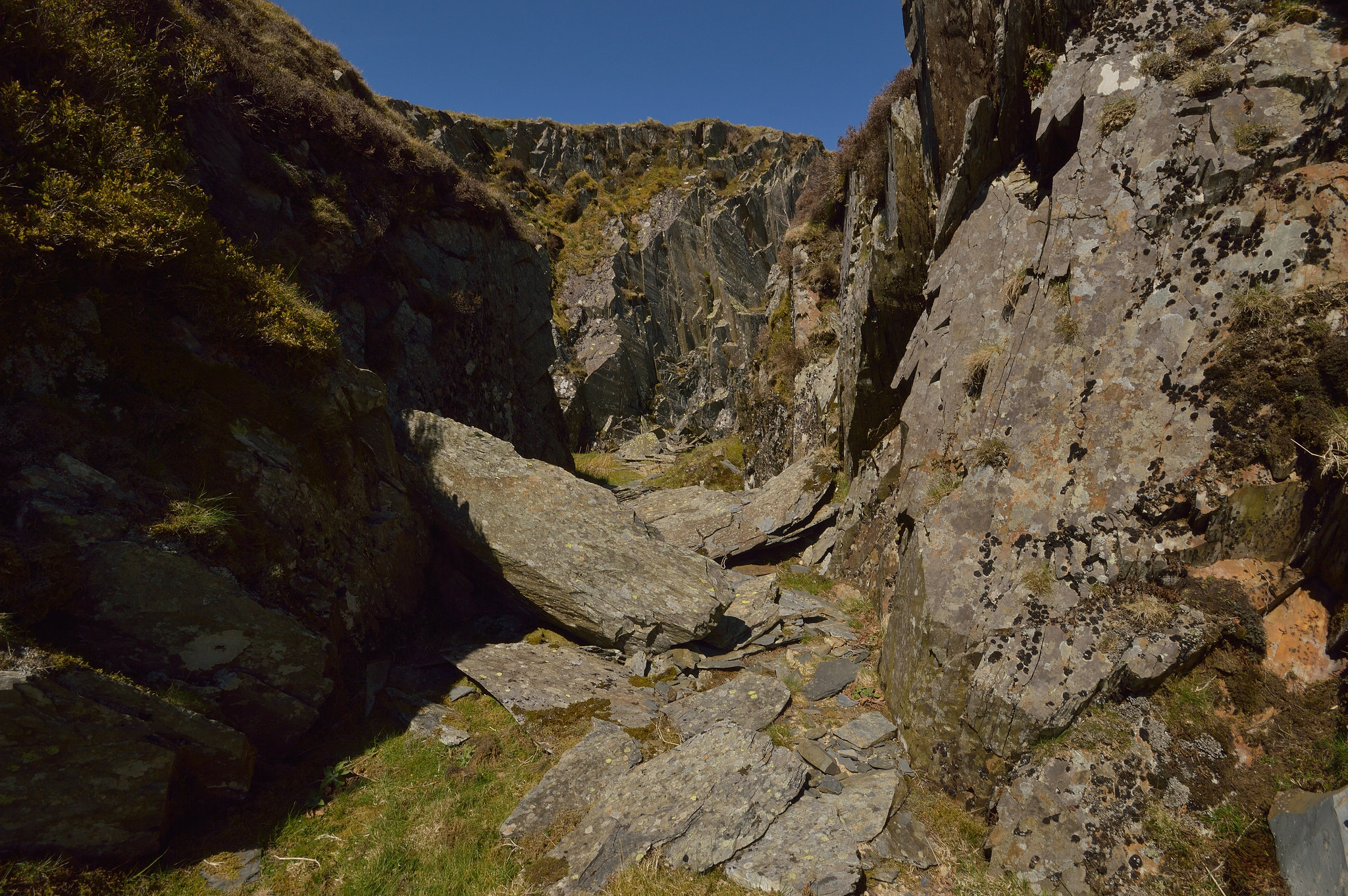 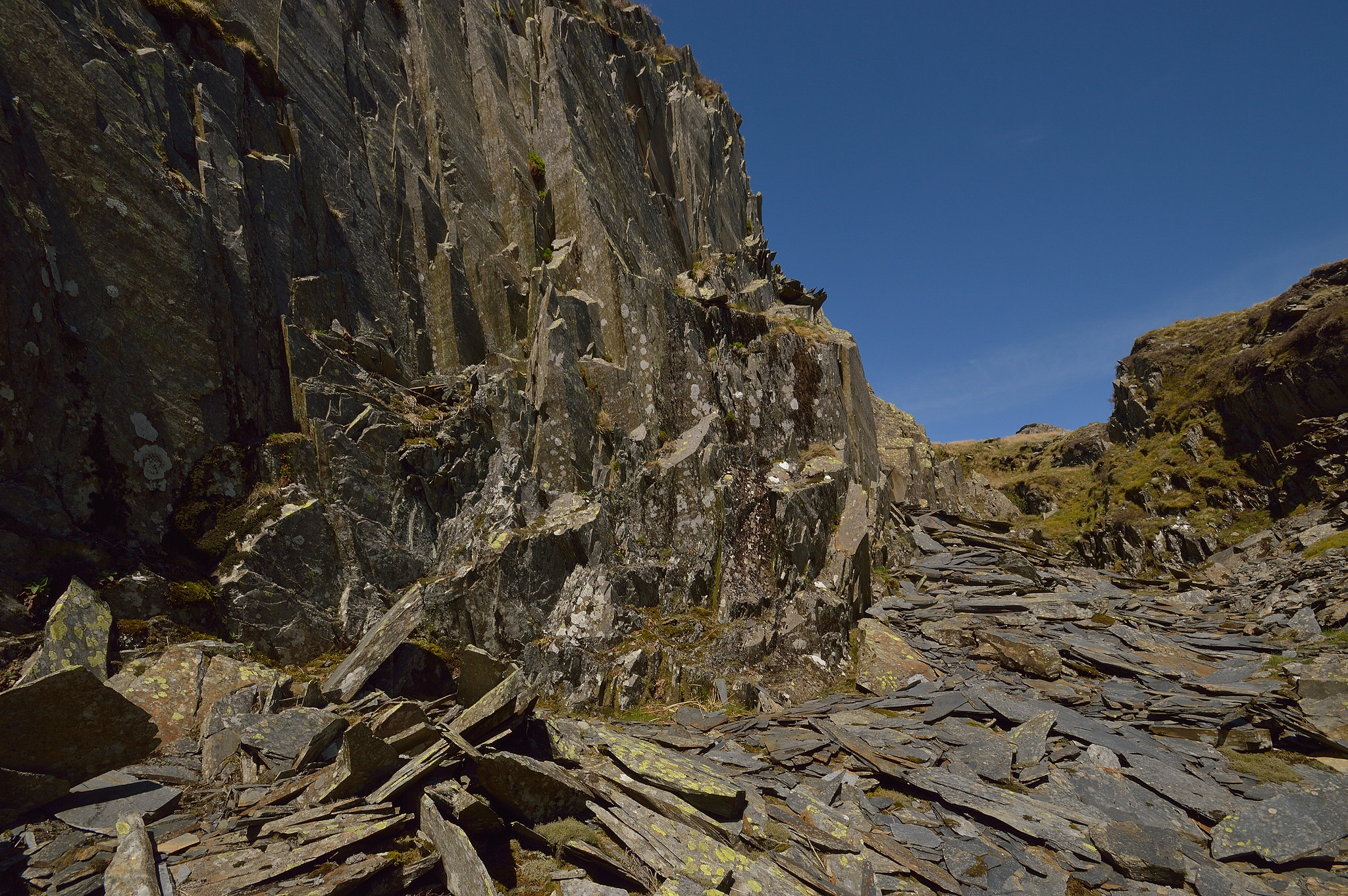 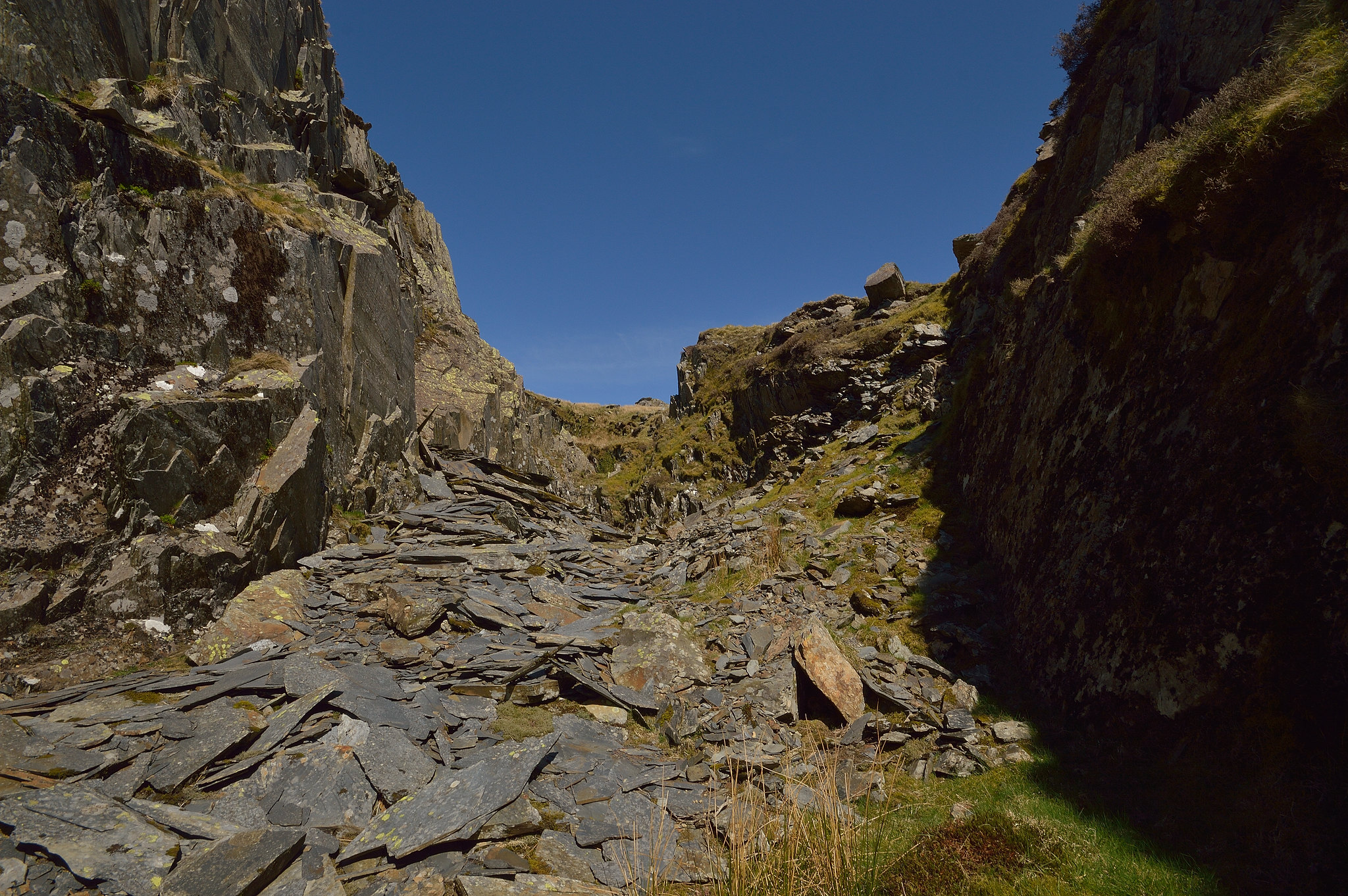 The very bottom. I think this is where the access tunnel comes out. 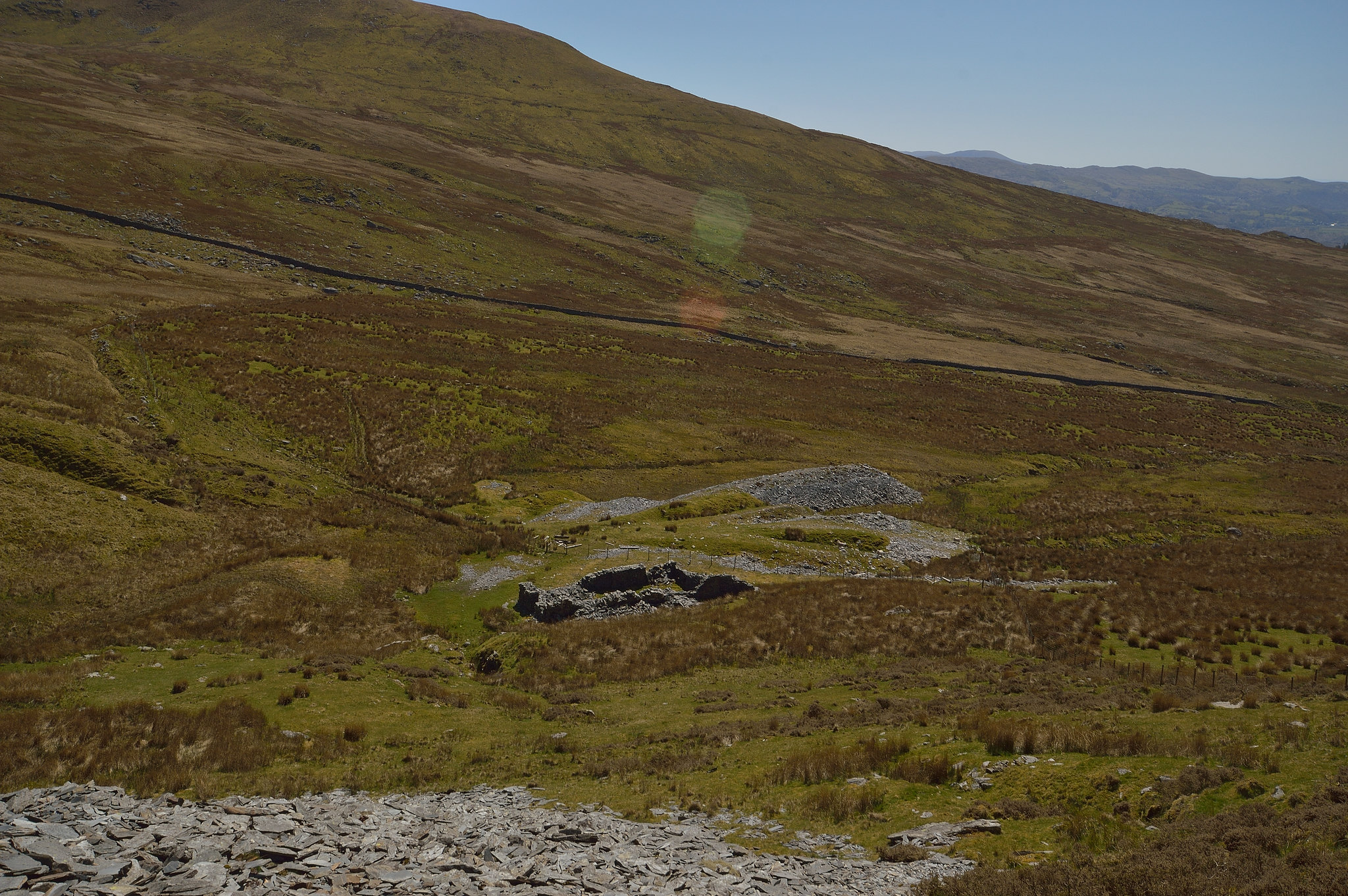 A view back up to the workings. 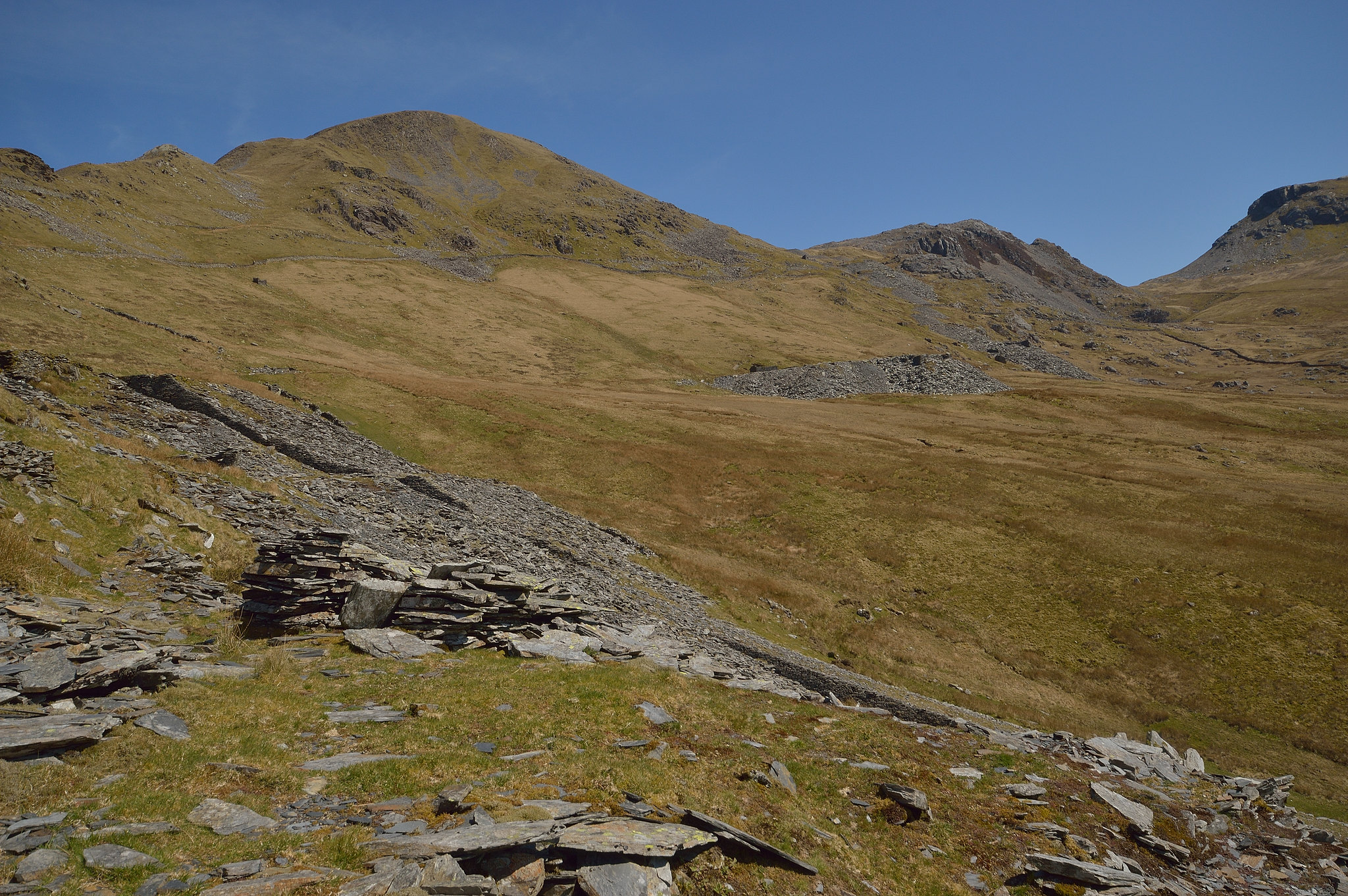 And finally I leave you with the beautiful from a tip above the mill.

I did walk back to the car via Croesor and Rhosydd Quarries but as I have previous reports I will not post any photos here. I did notice some people looking at me in number 9 adit, probably thinking what is that idiot doing.

Regular User
Looks like an excellent day's bimble Alex. One of my favourite areas and despite over fifty years of visits I still find new things each time.

Regular User
Love these type of places on days like these. Great report mate.

Sounds like a pretty perfect day to me mate, love it.
The secret impresses no one; the trick you use it for, is everything...

Regular User
Loved it. Whats not to like here. Great report

Regular User
Lovely stuff - any idea about the underground bits of Fran-Boethe?

urbanchemist said:
Lovely stuff - any idea about the underground bits of Fran-Boethe?
Click to expand...

Theres an open adit next to the boiler but the water looked over welly depth so I didnt try it.
C

28DL Member
Great report, LOVED it. With the Aditnow site being down it's harder to get plans or info I have neglected these quarries because they are so close to other stuff, but what condition is this in, do you think it's possible to enter one and exit the other with some wet feet and srt? Or is it now all too far collapsed for that?

CantClimbTom said:
Great report, LOVED it. With the Aditnow site being down it's harder to get plans or info I have neglected these quarries because they are so close to other stuff, but what condition is this in, do you think it's possible to enter one and exit the other with some wet feet and srt? Or is it now all too far collapsed for that?
Click to expand...

Hi Tom, it's alot hard to get info on the more obscure places now with the loss of the aditnow forums. There is a through trip for somewhere like floor 15-18, coming out at the Fronboeth Mill next to the boiler. If you look at the photo where the bridge is missing you can see some SRT gear on the right, I assume this is where the trip starts.

I don't really do SRT so anything over my 30ft Ladder I can't get to.

There is a map on aditnow.