Regular User
1. The History
Cwm Machno quarry (also known as Cwm Penmachno Quarry) is located to the south-west of Betws-y-coed, at the head of the valley of the Machno, a tributary of the Conwy river, in North Wales. The nineteenth-century slate quarry was worked between 1818 and 1962. Initially slate was extracted in an ad-hoc manner by the locals but in 1849, serious development took place to allow wholesale extraction of slate. 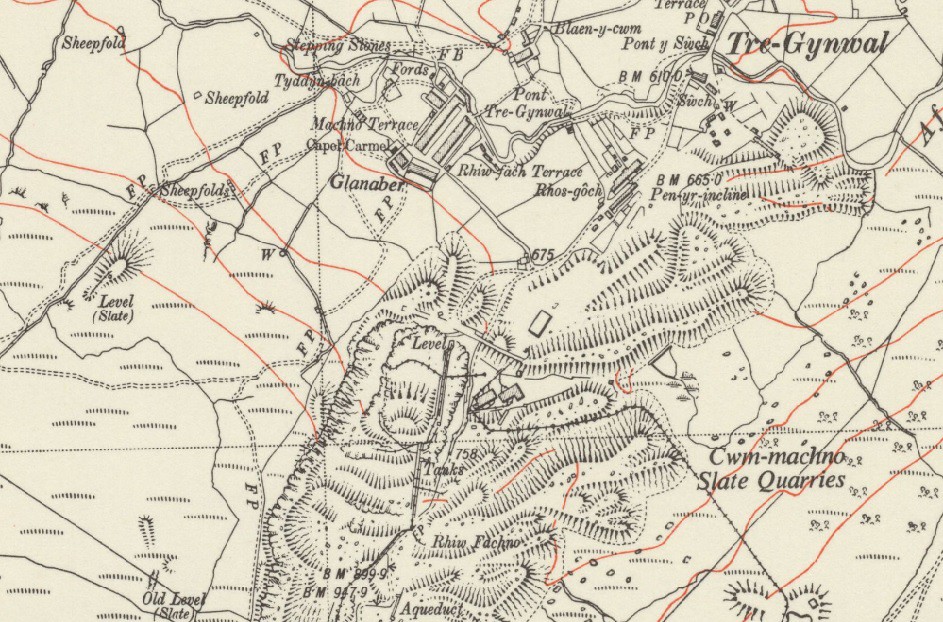 Slate was worked from an open quarry on several levels, and, additionally, slate was also extracted from underground. There were originally two pits, the upper working was known as Rhiw Fachno and the lower one was the main Cwm Machno quarry. Adits led into the mountain from both pits to access the underground workings. Inclines were used to link the terraces and workshops of quarries. It was particularly noteworthy for its water-wheel that enabled both the lowering blocks to the mills as well as being able to draw blocks and rubble from the underground workings.

Transport was always a major issue. Initially, slate was taken by horse-and-cart to a wharf on the River Conwy at Trefriw. From the late 1830’s, it was carted south to Maentwrog via Cwm Teigl and on to the Afon Dwyryd to Porthmadog. Then, in 1868, the London and North Western Railway (LNWR) opened their line to Betws-y-Coed and from then onwards slate could be hauled there, however this was still a distance of 11 km over rough mountain roads. With the completion of the Rhiwbach tramway in 1863 this allowed some of the slate to be hauled up to Rhiwbach Quarry and taken out to Blaenau Ffestiniog via the tramway

The quarry also suffered from a lack of waste tipping space. Its height on the mountain meant it had a relatively restricted water supply, and on several occasions work stopped due to drought, including in 1891. The quarry became a major employer, with the workforce rising from 70 men in 1872 to 178 at its peak in 1898, before dropping 108 in 1937-8. A community developed around it with houses for the married workers along with barracks for those that were unmarried. Output peaked in 1869 with production of 8,000 tons. However, by 1890, this had dropped to just 2,260 tons.

2. The Explore
Revisit given we were staying pretty close by over the Easter period. Sadly didn’t get much past Penmachno and on to Cwt-Y-Bugail Slate Mine. But do love the vastness of Penmachno and the sweeping views across the valley. Did get to a new adjacent place here but that’s for another report. It’s also a nice place to walk with the family. Nothing spectacular but an impressible legacy of the North Wales slate industry that I’ve become increasingly captivated by.

This is where the hike begins! 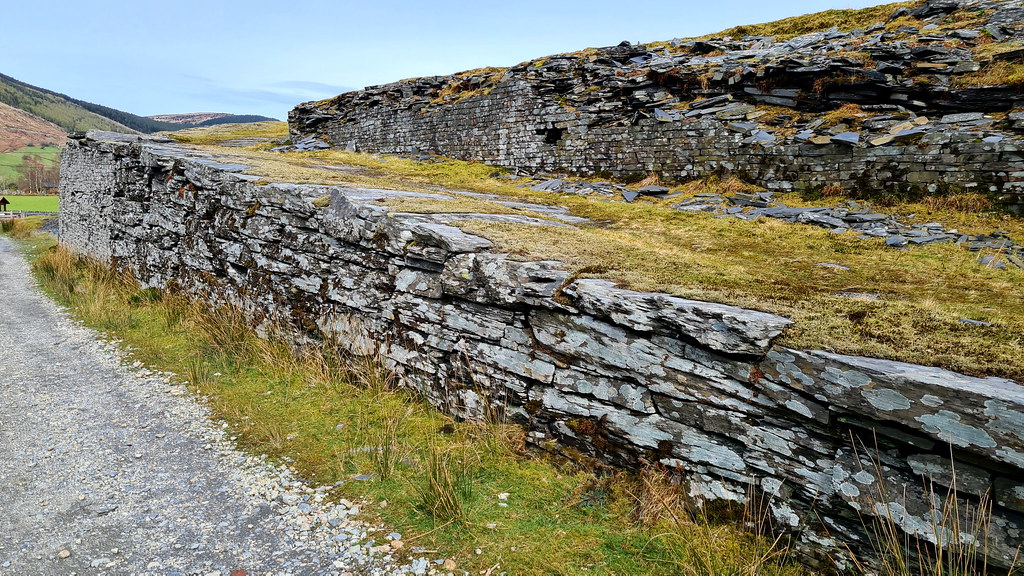 Making our way up the steep main track: 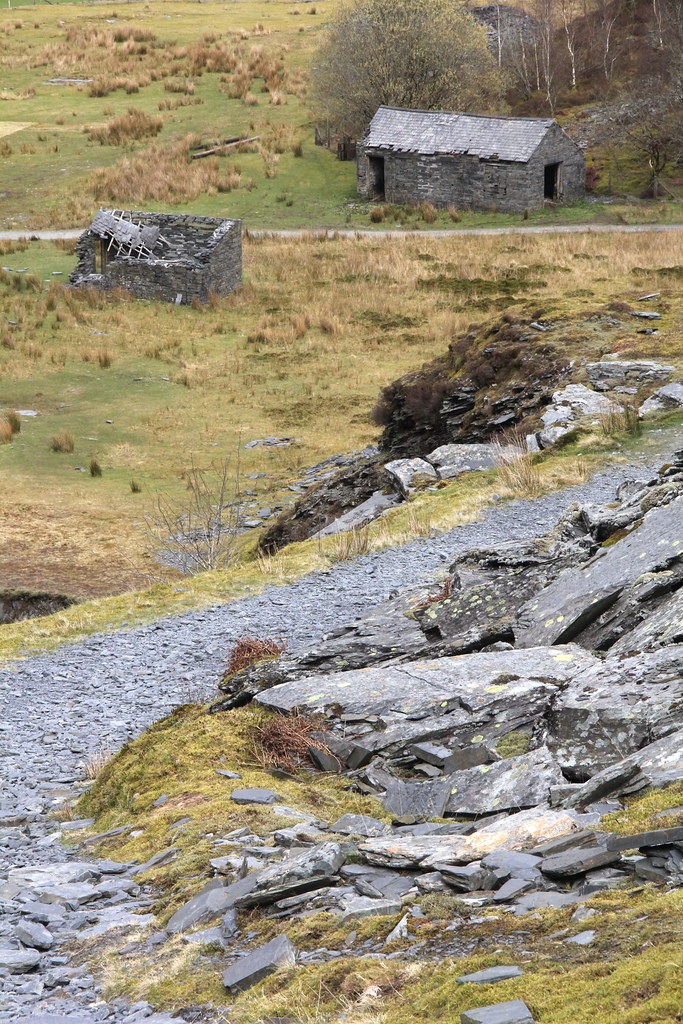 Old rusting water pipe and the remains of a wheel pit 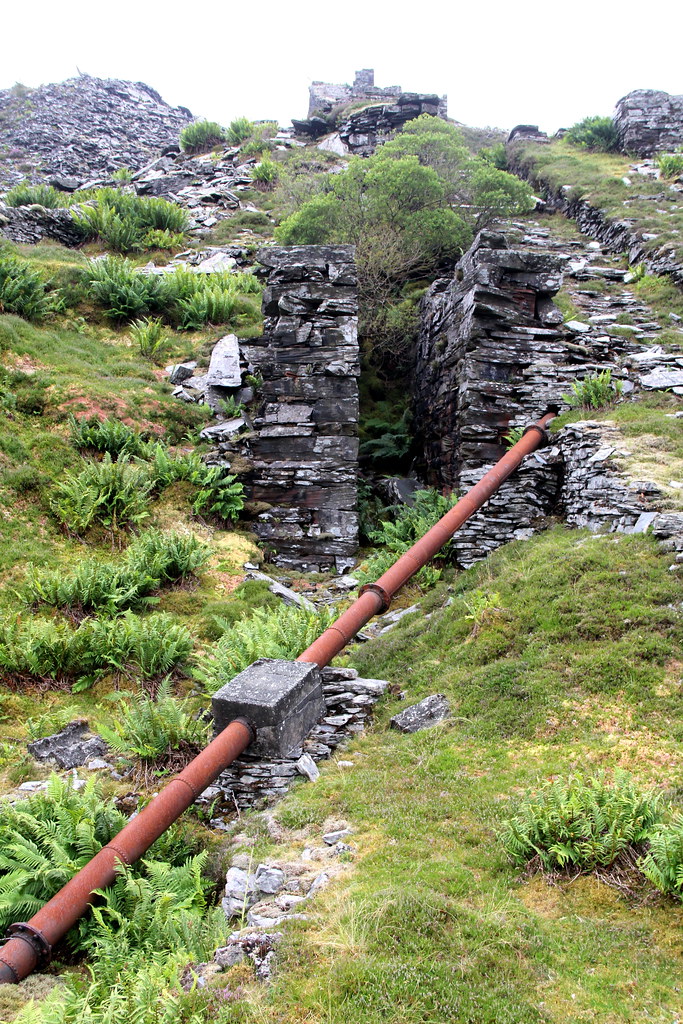 Top of the incline: 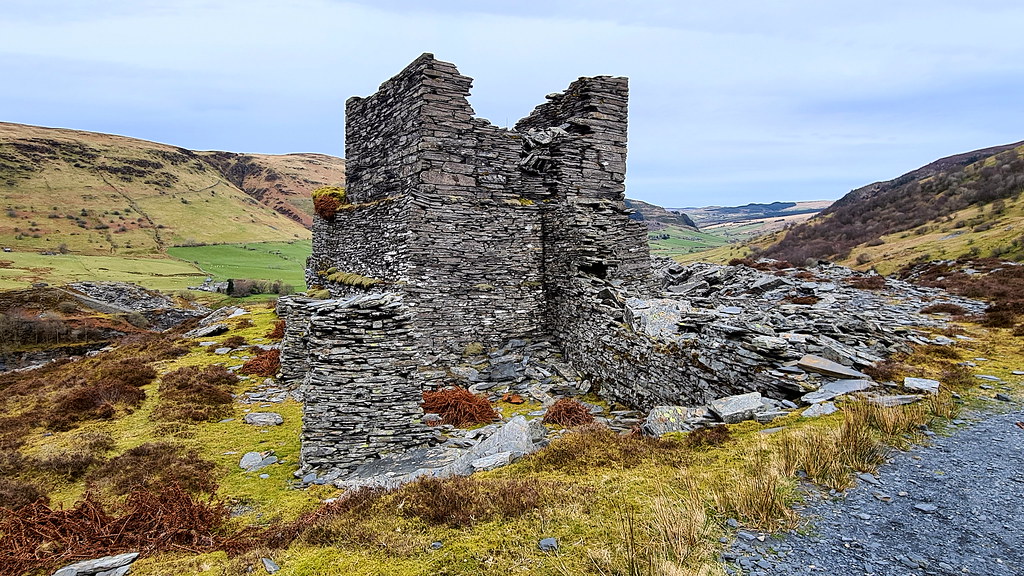 Looking down on the top of the main incline: 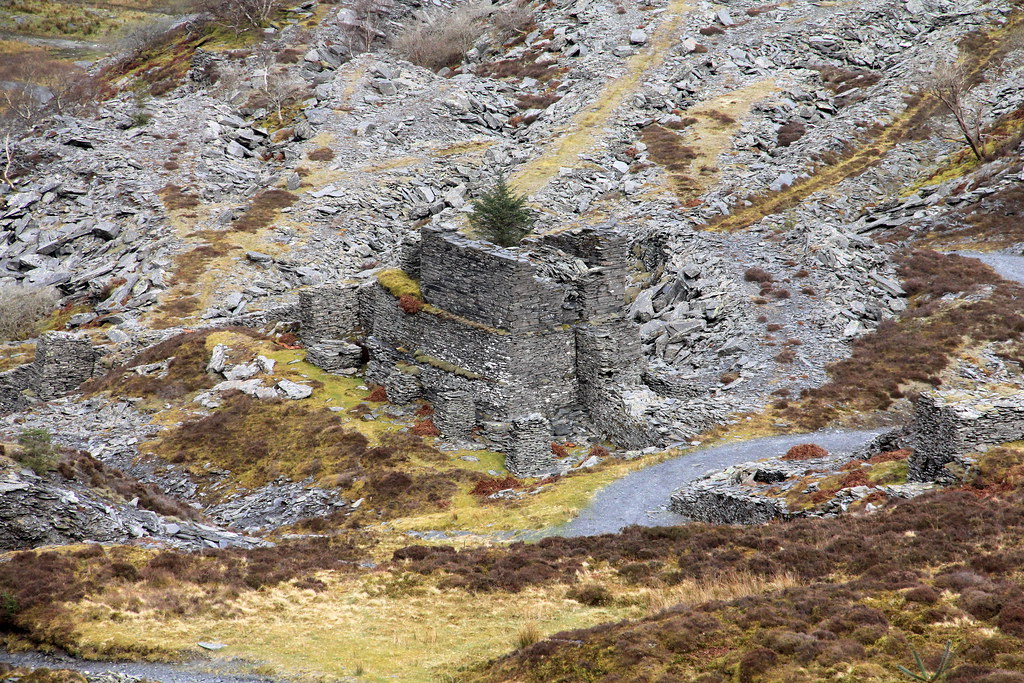 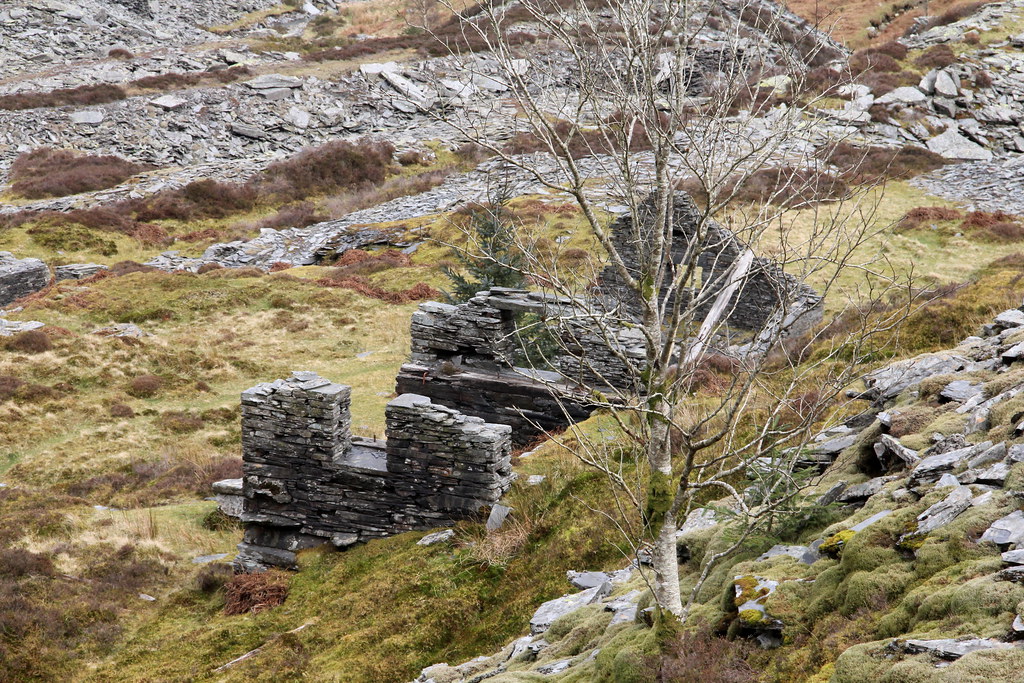 Some old wooden bridging beams still insitu on a smaller continuation incline towards the quarry’s top: 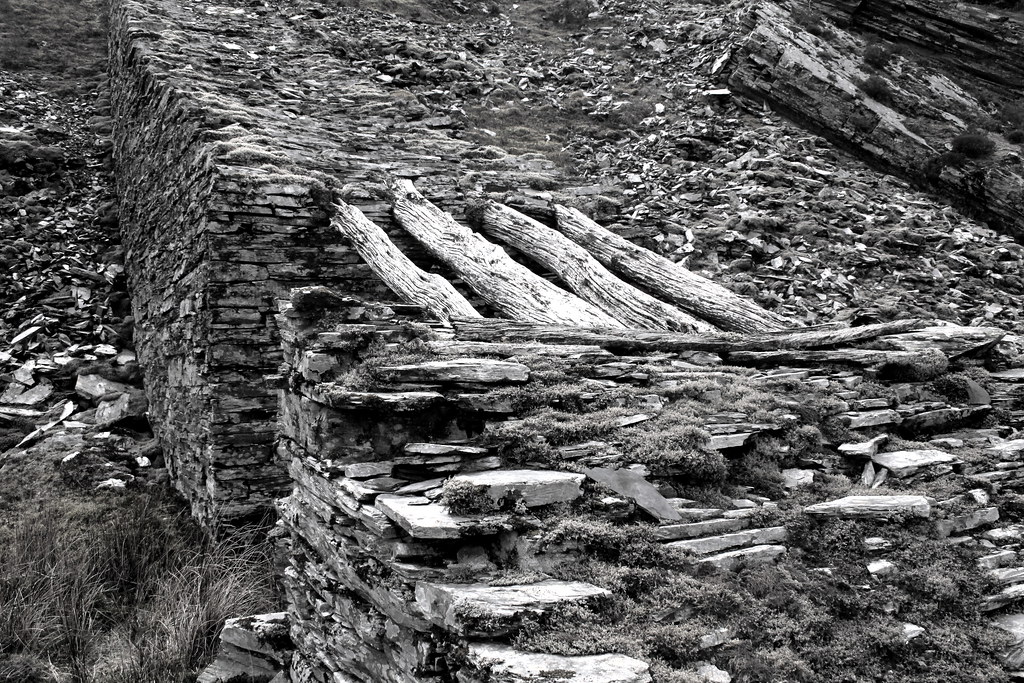 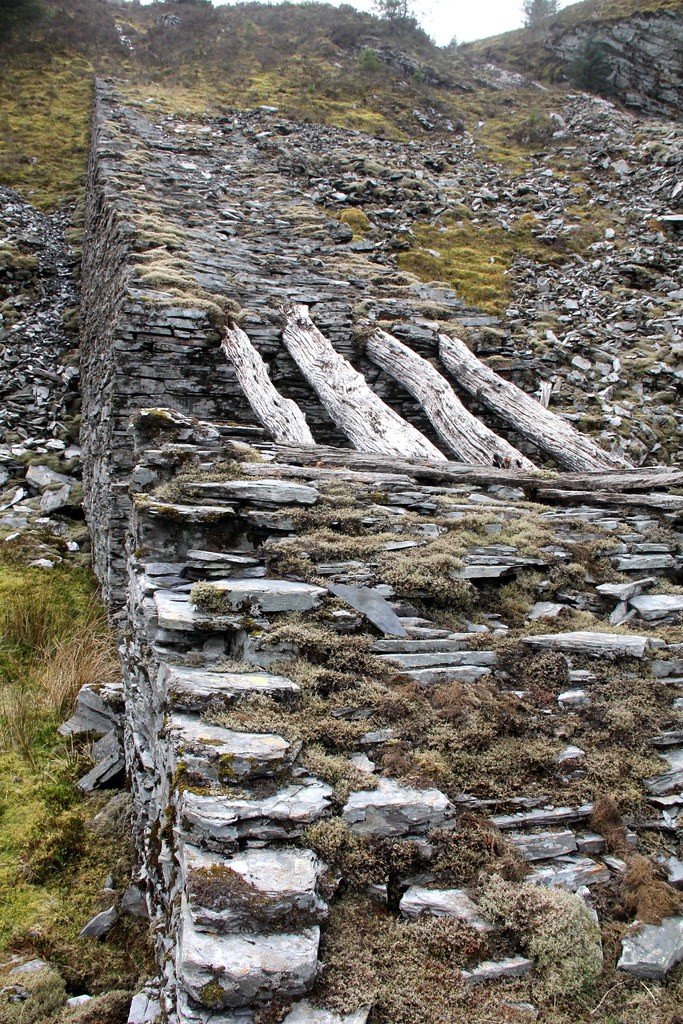 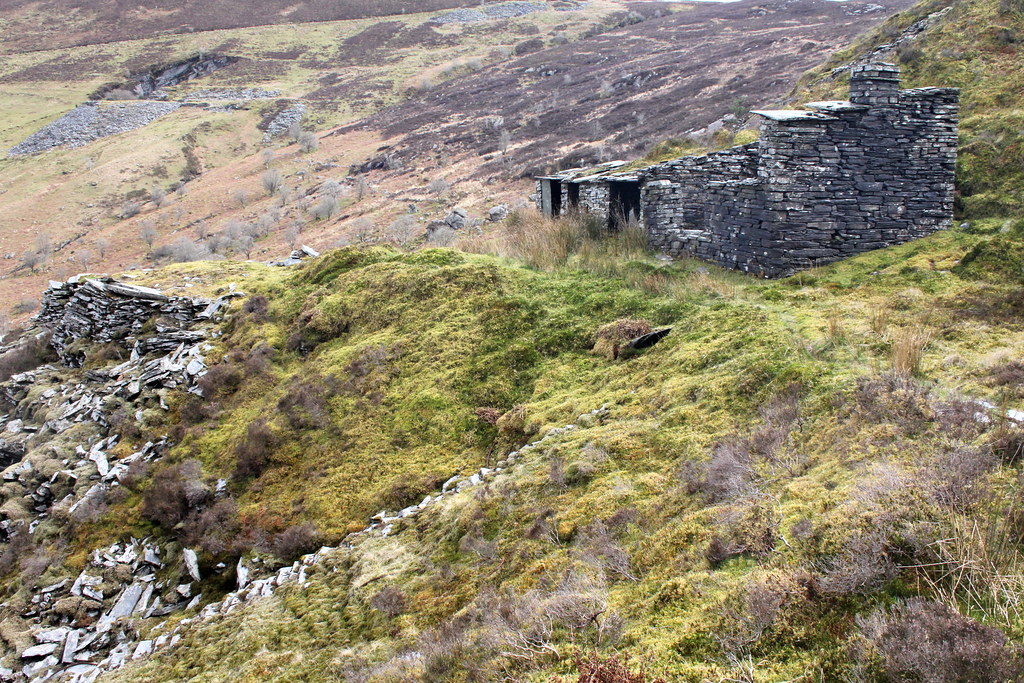 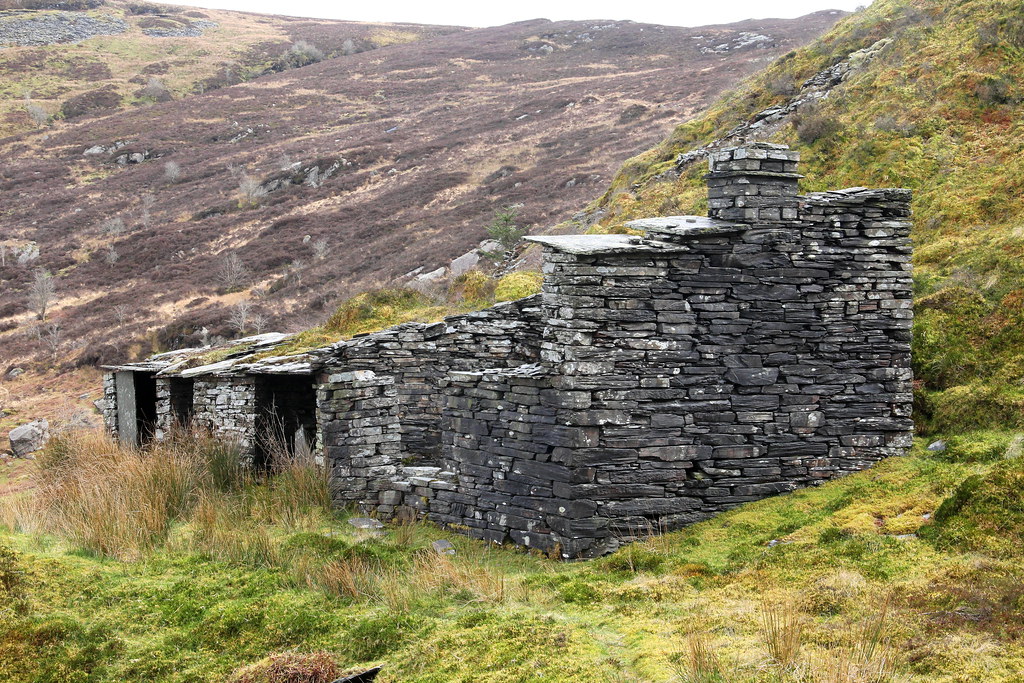 And on to my favourite bit in the whole of this place. This beautifully preserved little incline drum house: 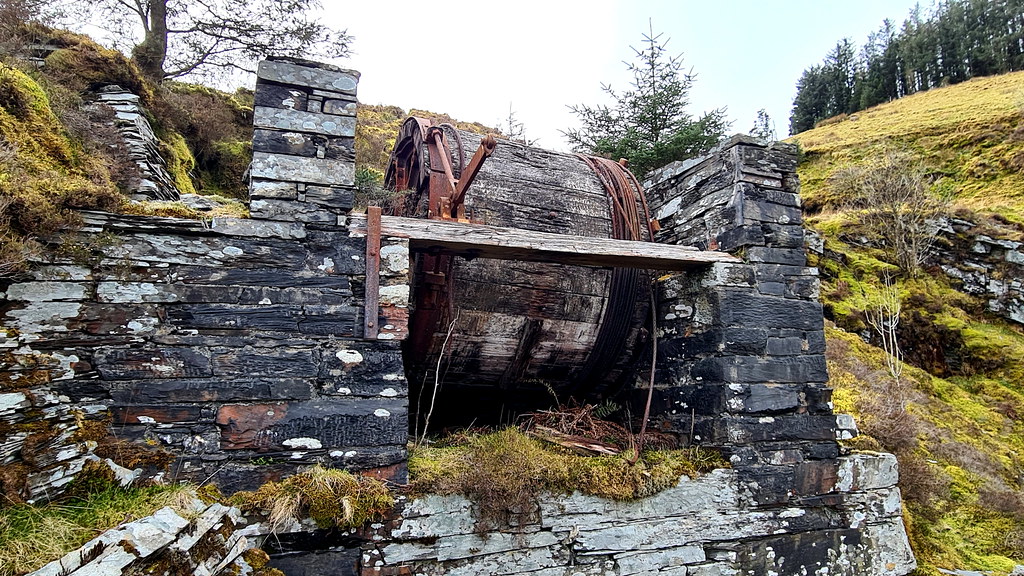 And my favourite view: 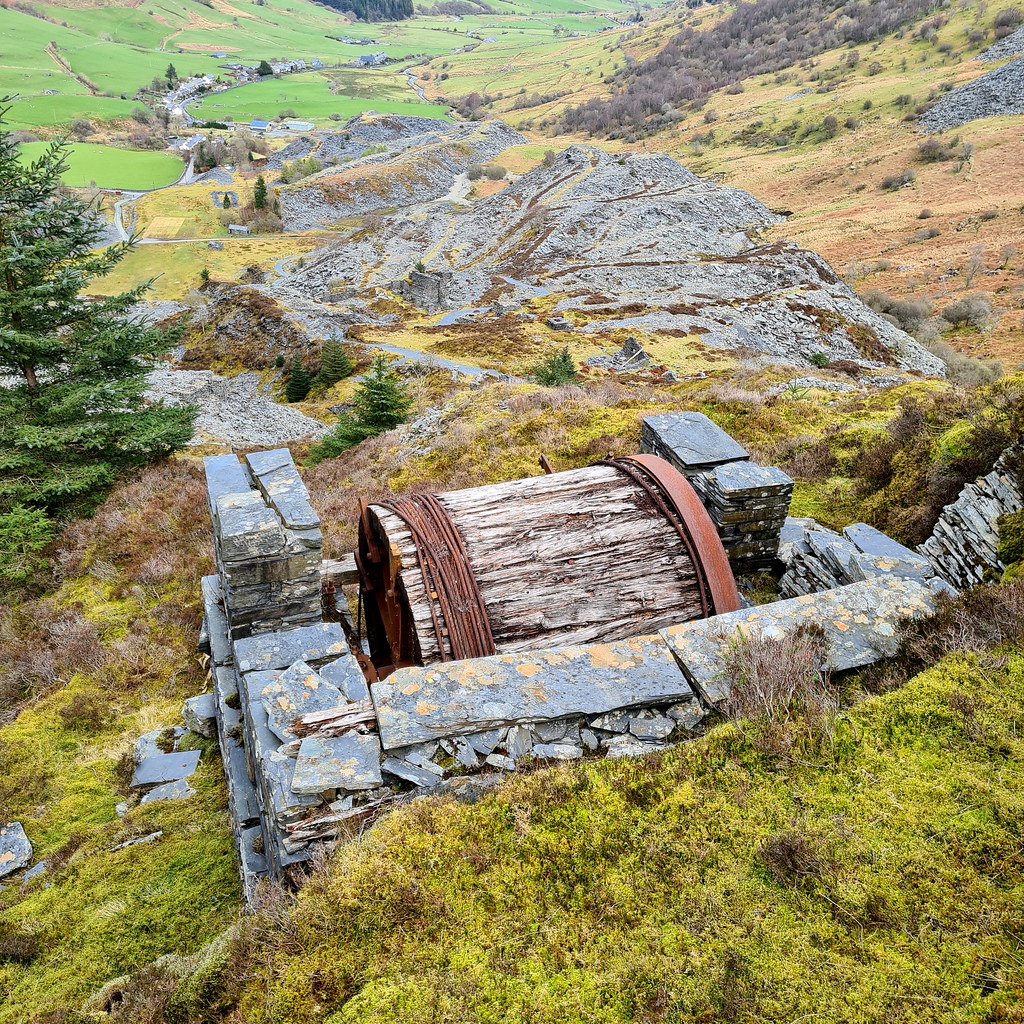 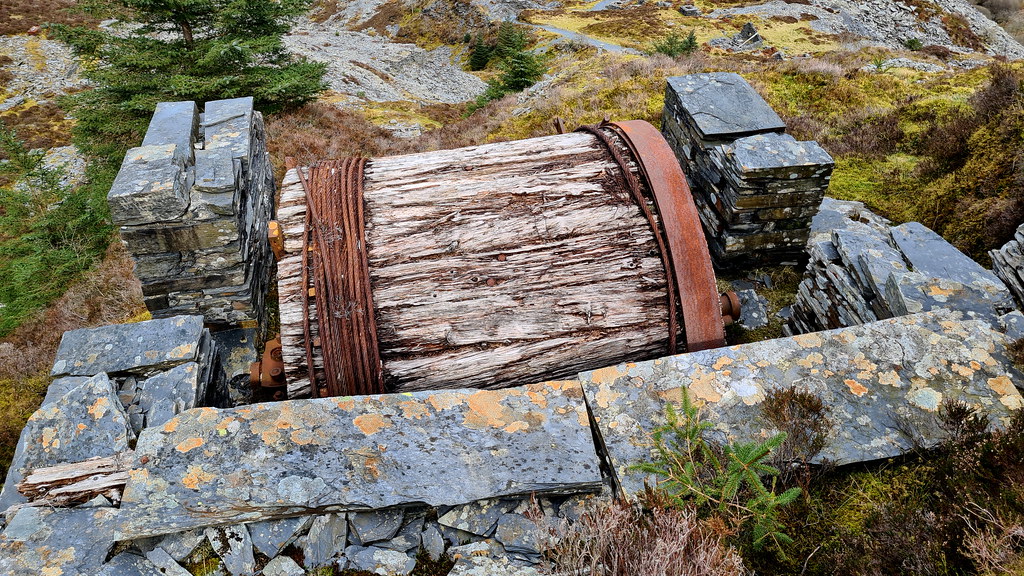 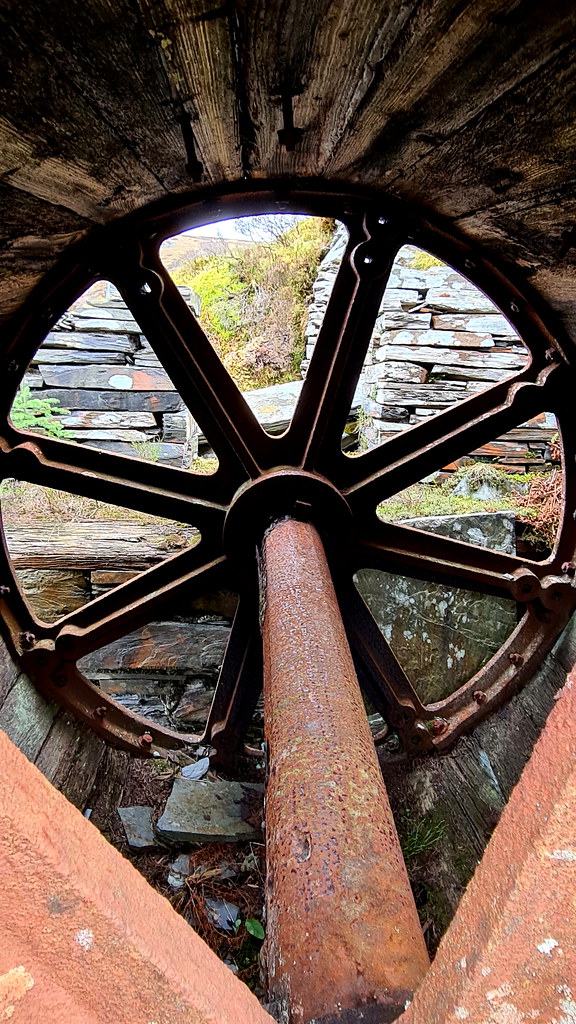 At the top of the quarry are the remains of the now breached former dam wall: 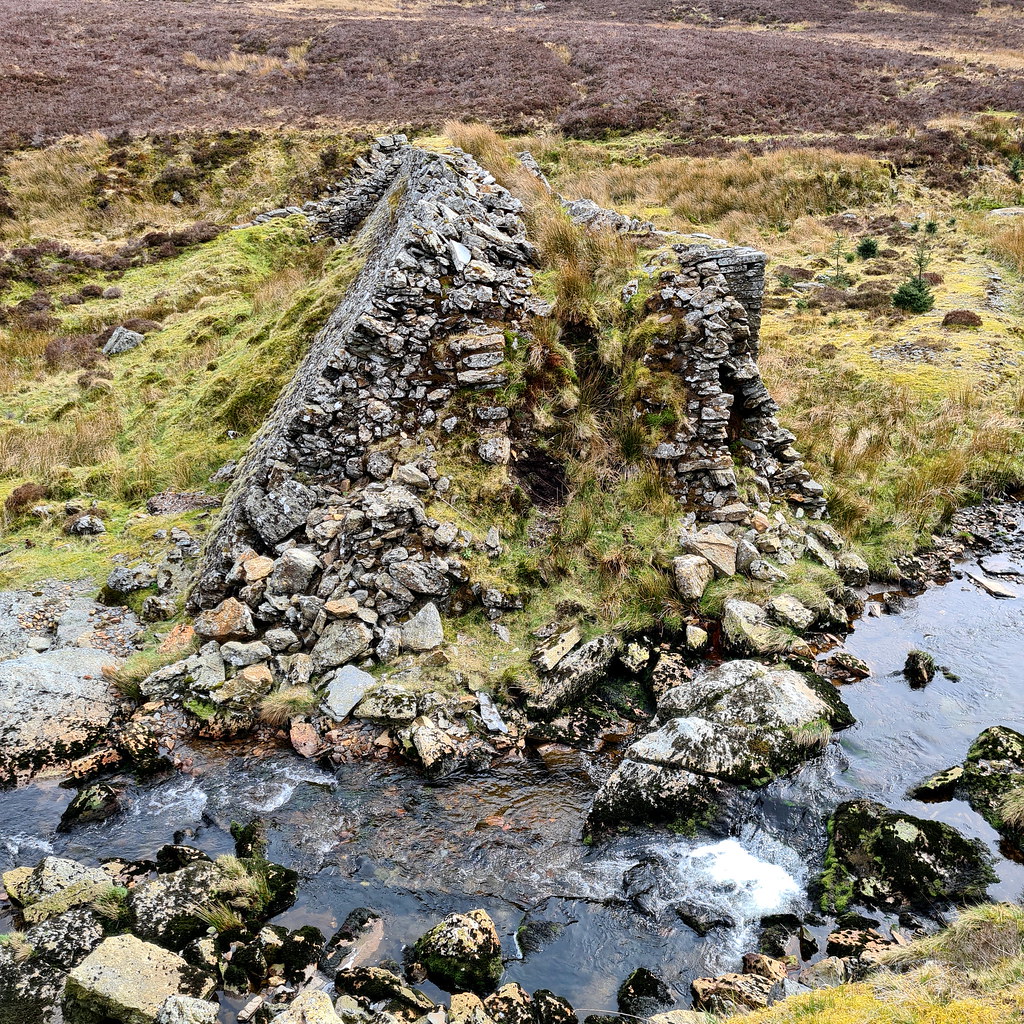 Foot of the slate tips to the east. The start of a steep incline to two massive slate quarry mines can be seen in the foreground: 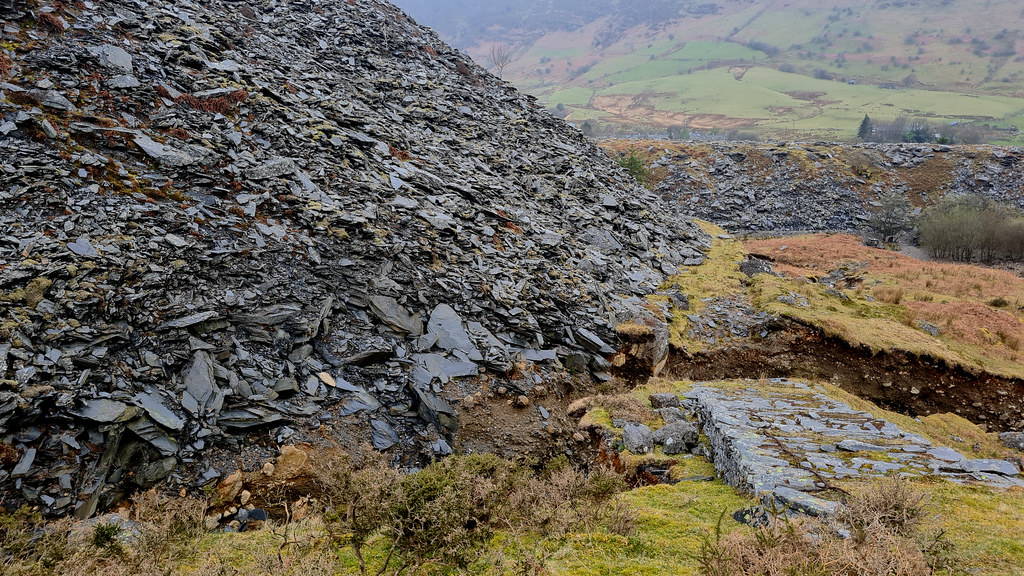 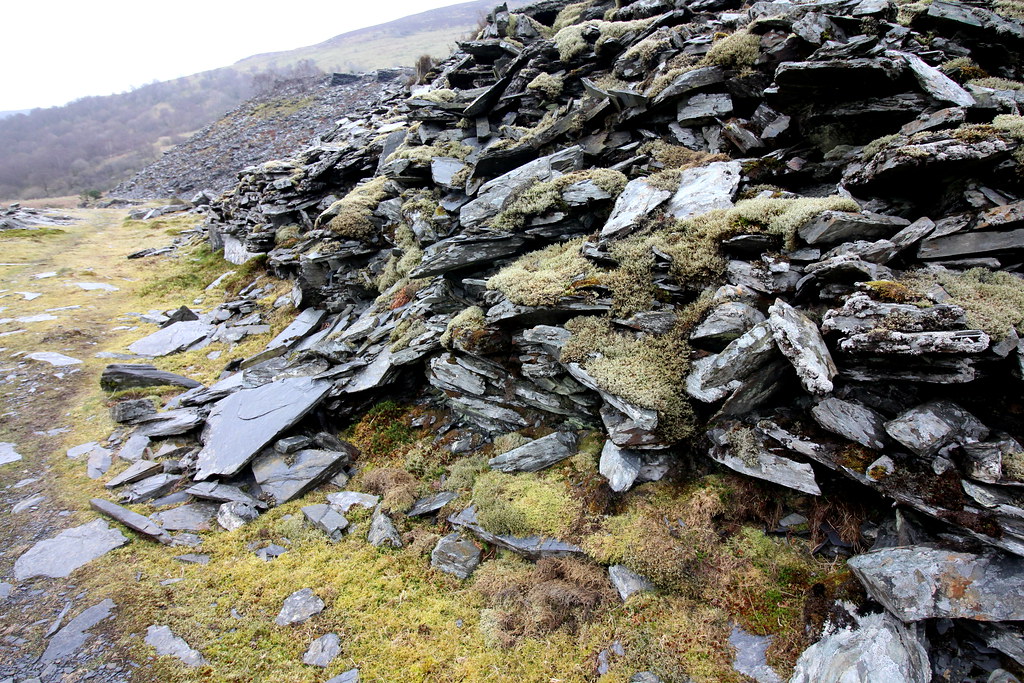 Side profile of the great incline: 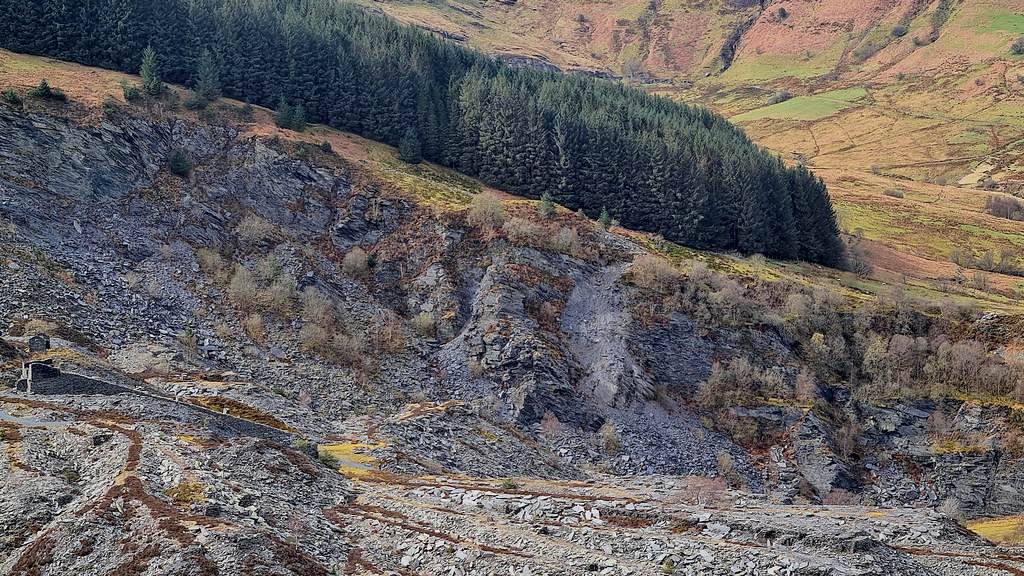 And finally, a couple of pictures looking over Penmachno from the east towards the west: 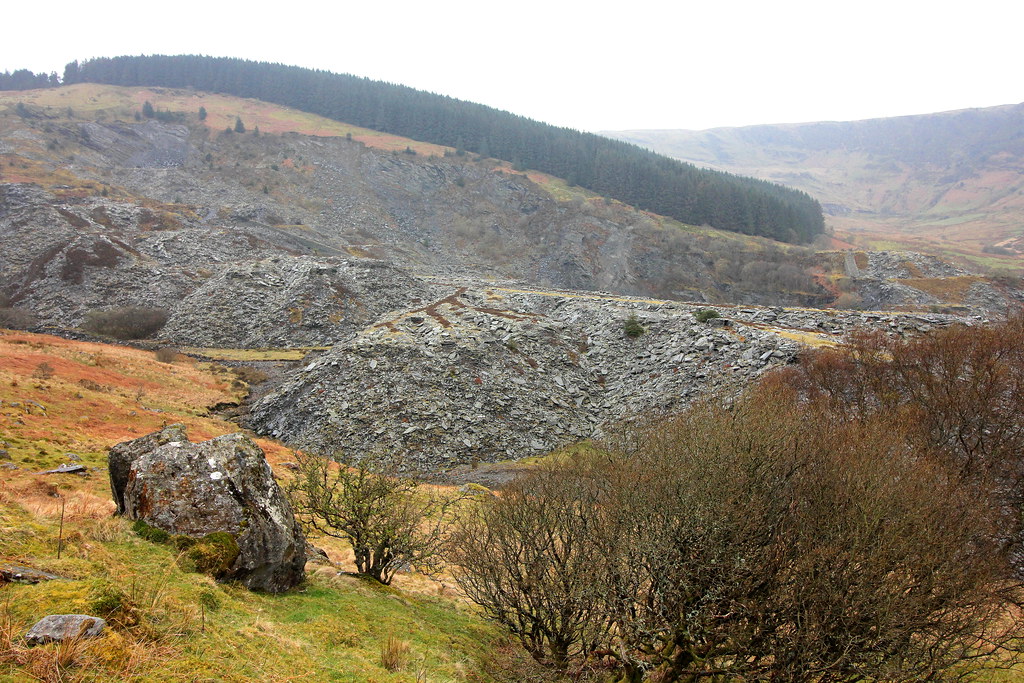 One day when I come here the sun will shine! 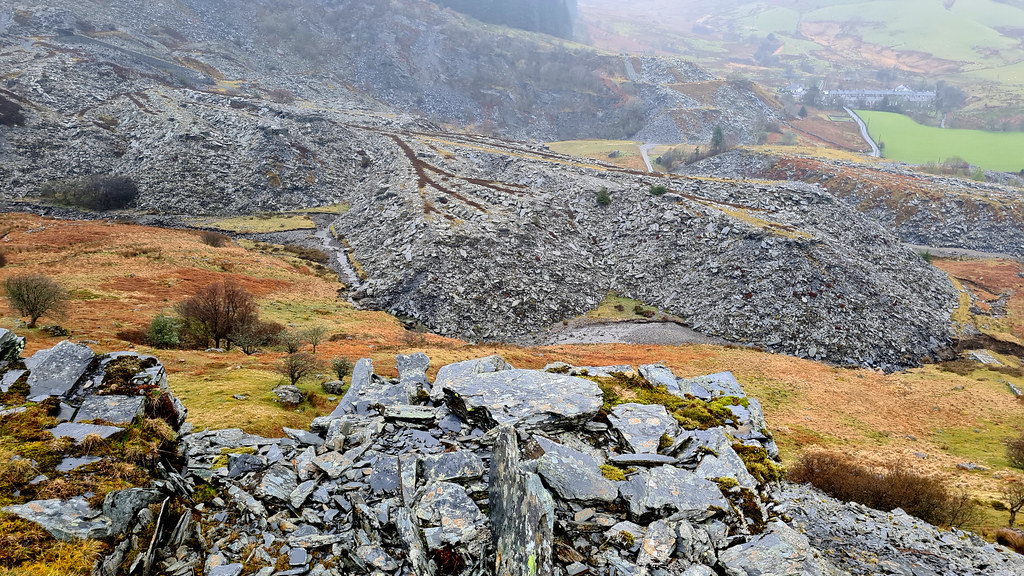 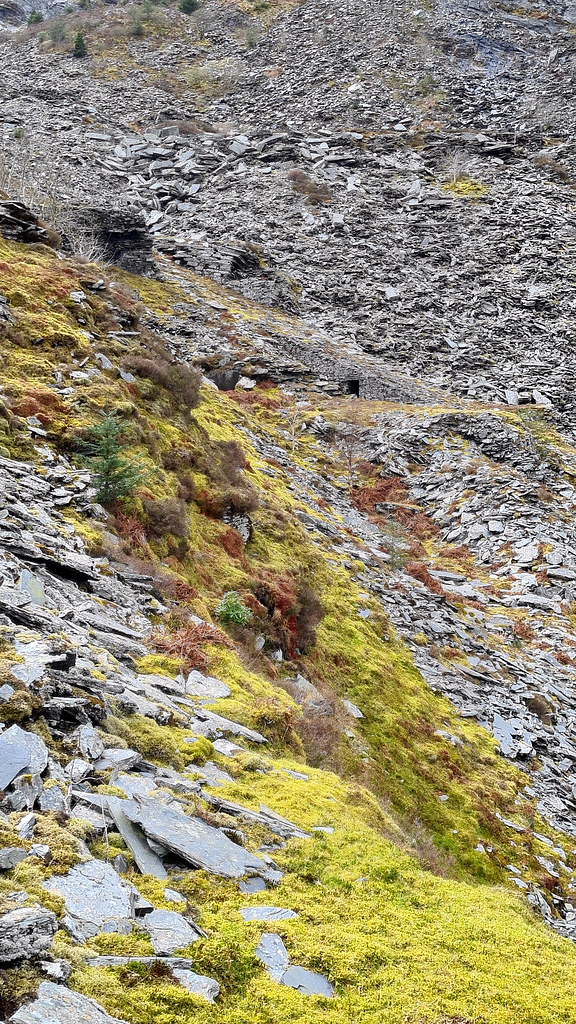 Regular User
Most of my visits there in 'digital' times have been mixed weather but there was a reasonable day in October 2016!

Enroute elsewhere and that was around 08:30. Day got better but Machno was well behind me by then

Regular User
Lovely stuff. I wouldnt mind camping somewhere like this. That drum/winch? is great

Regular User
Nice that.
The trick to catching the sun is to move here
http://urbanmonkness.weebly.com
t3emonk@aol.com

Calamity Jane said:
Lovely stuff. I wouldnt mind camping somewhere like this. That drum/winch? is great
Click to expand...

monk said:
Nice that.
The trick to catching the sun is to move here
Click to expand...

There were regular ferries when I lived over there.