I’m wondering if anyone can help me, about 6 years ago I went on one of my first explores. But for the life of me I cannot remember the name of it and the history of it has intrigued me ever since.

It was in the Cambridgeshire area, as for location that is literally all I can remember. But what I do know is this place was used as a POW camp, and I think then maybe military used for a while after. It was then a research facility, the house it’s self was a big stately house and looking at the front of it, it had a little house to the left hand side. There were rows of chicken sheds as apparently this is what they tested on. There were also various other outbuildings scattered. However inside the actual main house there were observation rooms with impressive thick steel doors, which is what intrigued me as why the need for such reinforcements if you’re testing on chickens?
We were eventually called out by a tannoy on the way out and escorted up the drive and out of the gates.
If anyone has any idea at all you’d be solving something that’s been bugging me for years. I’ve tried all sorts of google searches for it and I’ve never found anything that looks like it. I might add we found it through a forum so someone must know what I’m on about
if you’ve got this far, thanks

That's the demolished one in Hertfordshire.

Moderator
Houghton Grange is near St Ives but very little about a POW camp: 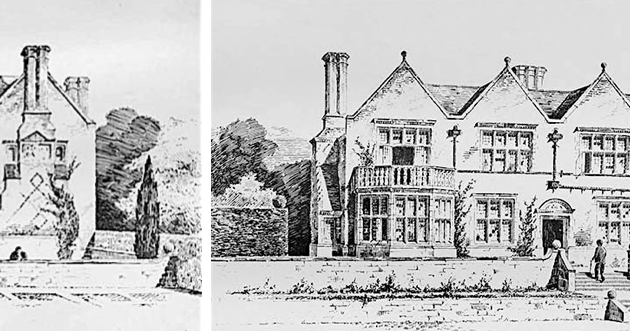 stives100yearsago.blogspot.com
We are all part of History - Only difference is we are still living our bit.
A

28DL Member
Thank you!! This is it.
This has been bugging me for years
E

xplorer.x said:
That's the demolished one in Hertfordshire.
Click to expand...

Was that an active lab at the time? What warranted that kind of response?

elomio said:
Was that an active lab at the time? What warranted that kind of response?
Click to expand...