Staff member
Moderator
Living just a few minutes drive away, @SpiderMonkey and I decided not to leave this one too long. The place is still pretty clean, just a few leaves around the place now. I'm not sure what the future will hold, maybe it will stay and get overgrown for a bit, who knows...

Opening on the 27th May 1993, Pleasure Island was a theme park in Cleethorpes featuring 47 rides including roller coasters amongst the thrill rides and numerous smaller rides for younger visitors.

Work began in the 1980s to build the site on the site of a former zoo by the owners of Pleasurewood Hills park near Lowestoft, and the new site in Cleethorpes was set to have the same name. The company went into receivership in the early 1990s and construction was halted. The site was then sold to Robert Gibb, the owner of Flamingo Land in North Yorkshire. Construction resumed and was completed in 1992, opening the following year. 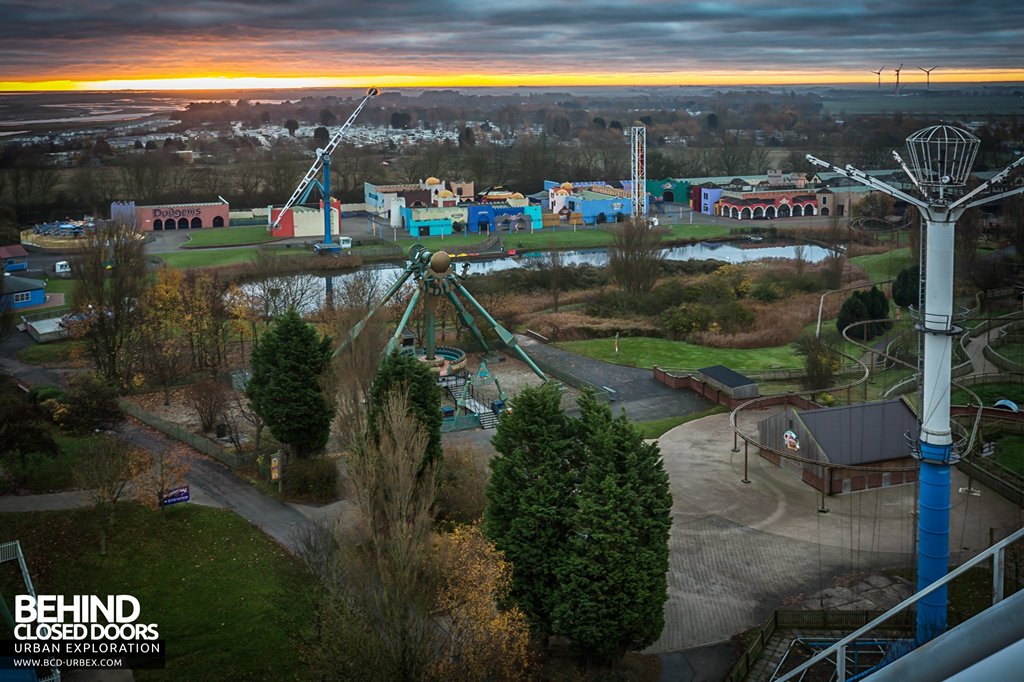 View over the park from the top of the roller coaster​
In 2010 Flamingo Land and Pleasure Island were separated into two independent companies, with Robert Gibb retaining Flamingo Land and his sisters Vicky Gibb and Melanie Wood (formerly Gibb) taking control of Pleasure Island. Unexpectedly, the park was temporarily closed in 2010 while negotiations took place, staff and visitors were turned away at the front gate.

A petting zoo was added in 2013, along with a tractor ride replacing an old monorail. In 2016 it was announced the park would be closing at the end of the season, and only the McCormack’s bar would be reopening in 2017. 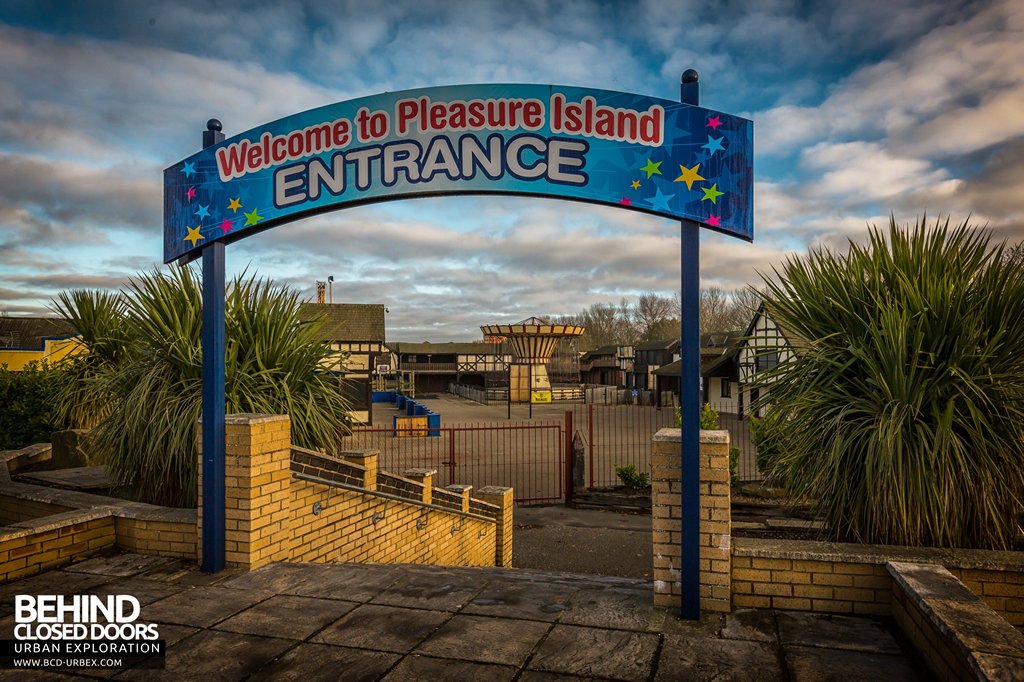 On arriving at the park, visitors were greeted with an Old England themed entrance area with pay booths 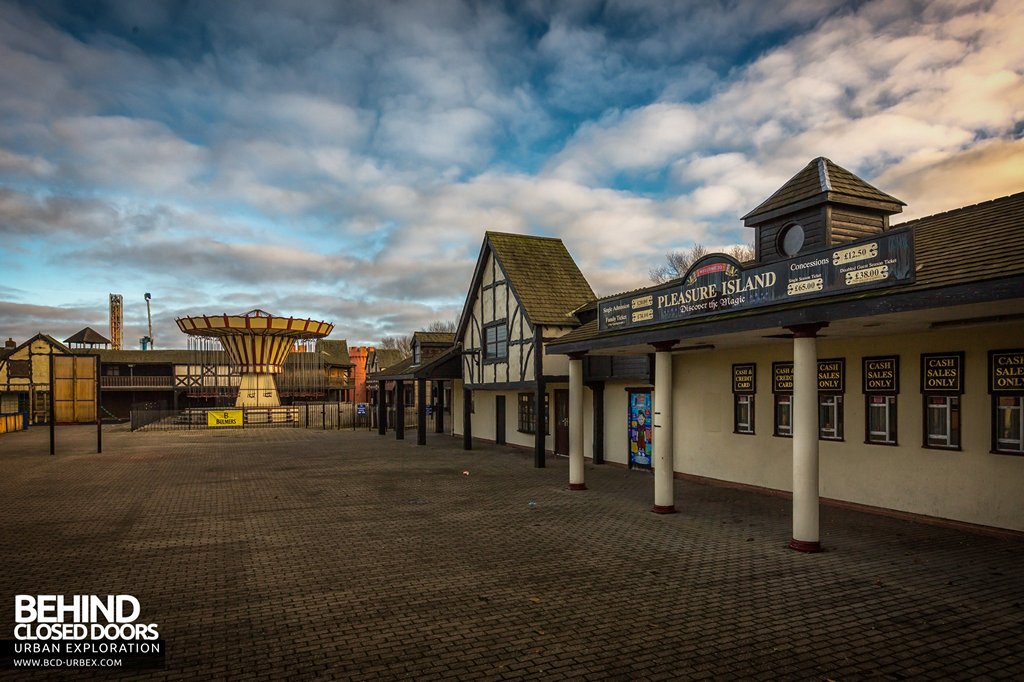 Making your way, you start to move through the different areas. First up was Morocco... 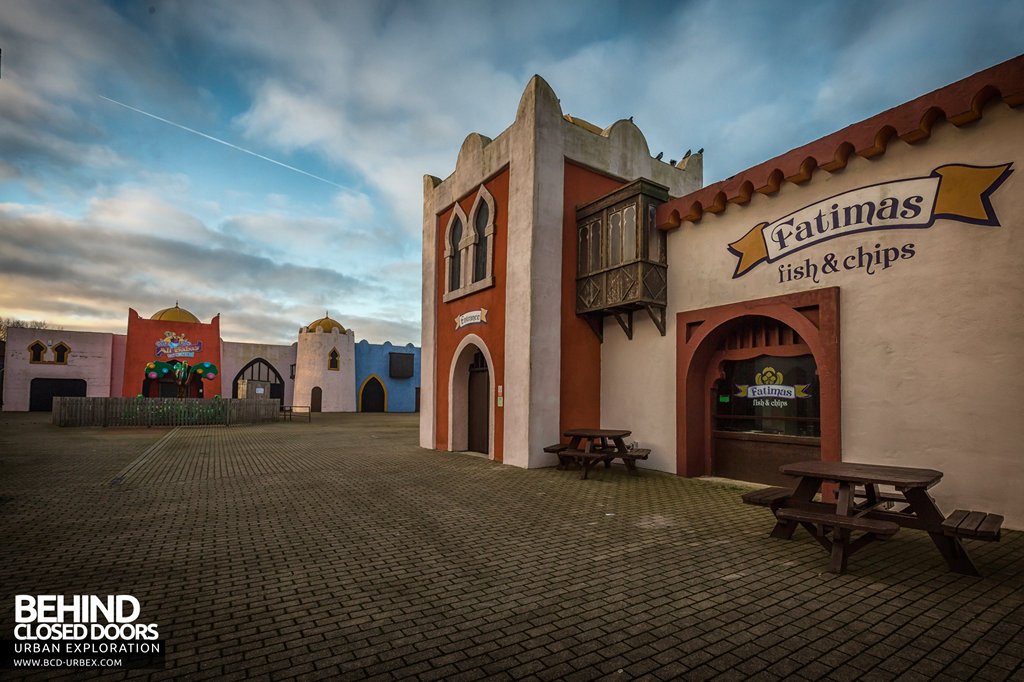 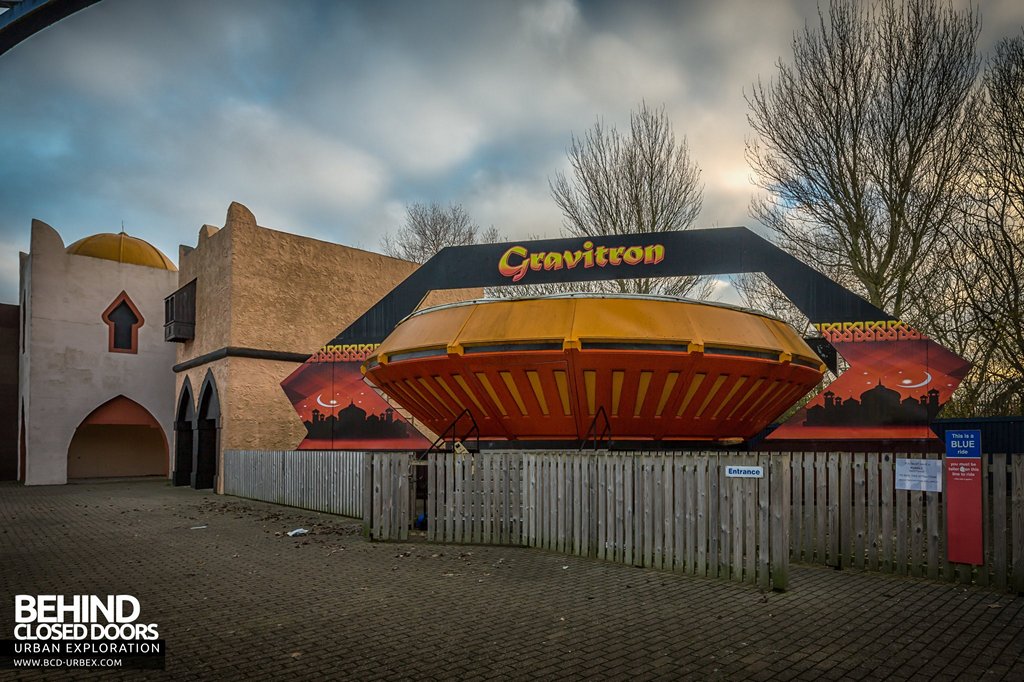 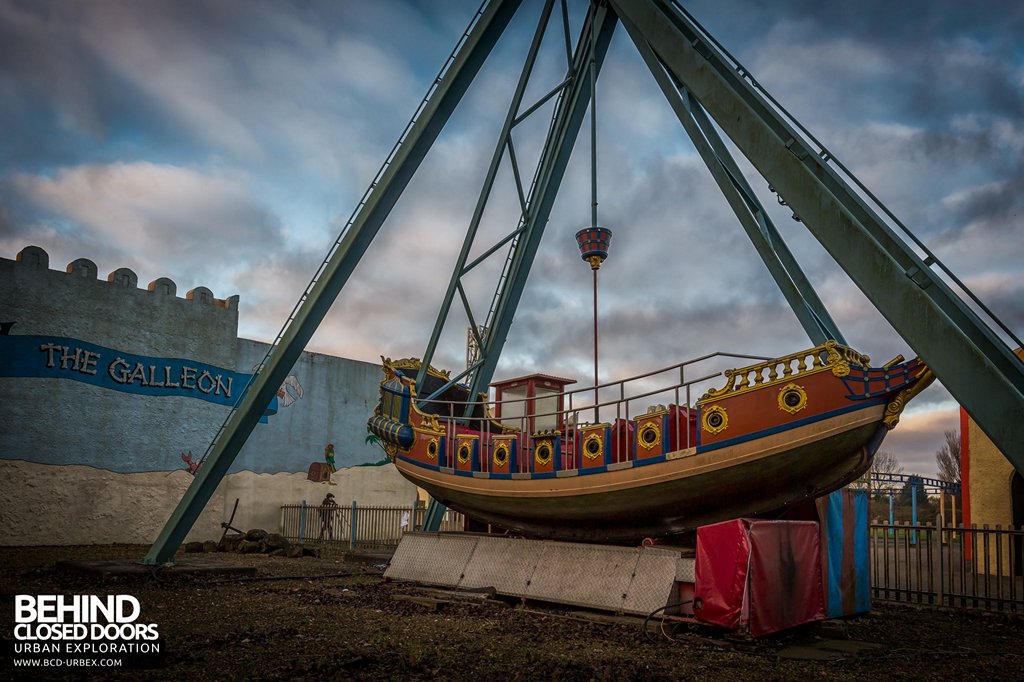 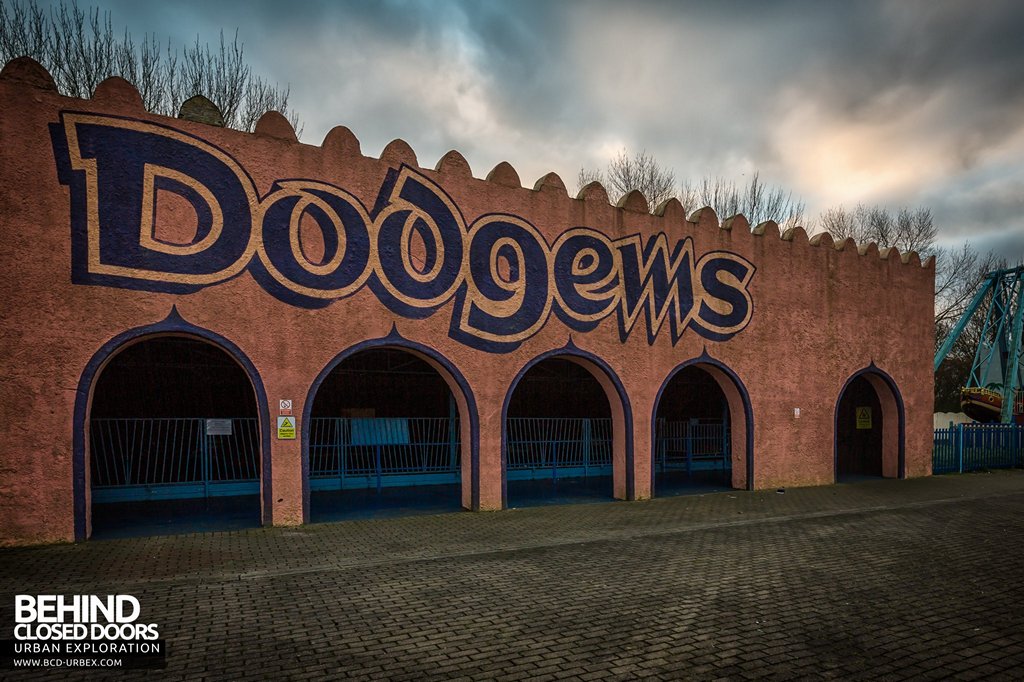 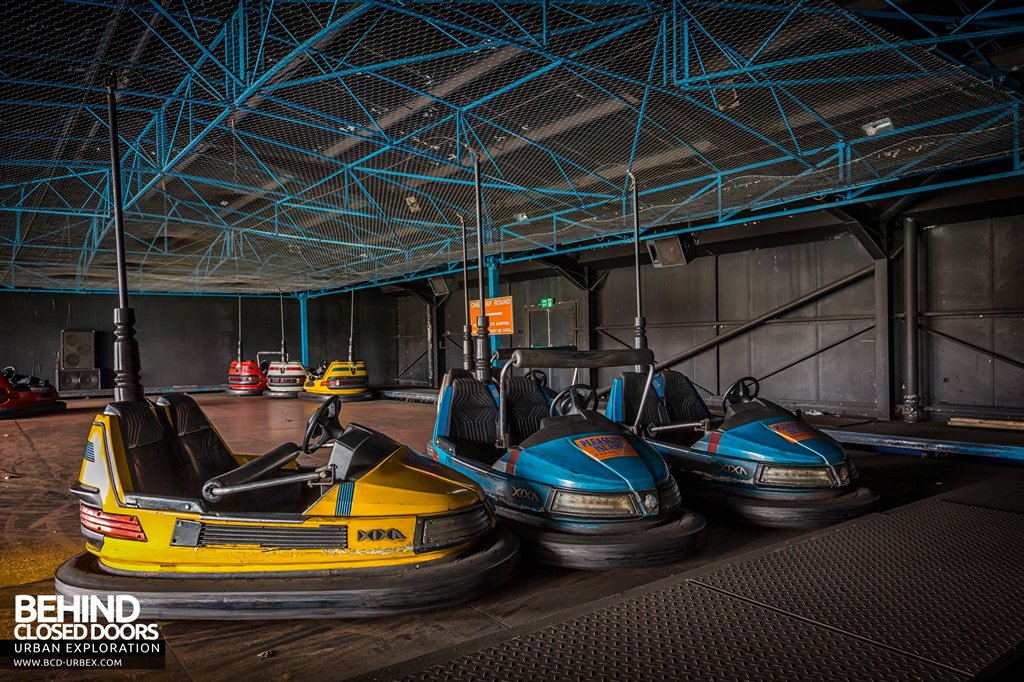 Tucked away in the corner of the park were the sea lions. The pool was still full of water and I'm not sure whether the inhabitants had been re-homed yet... 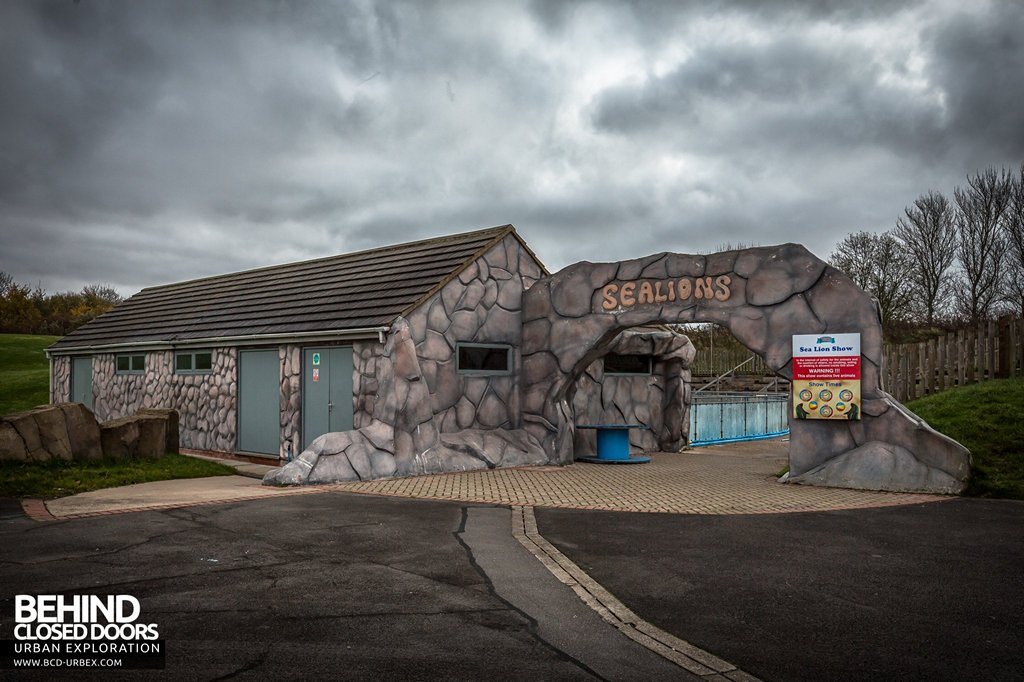 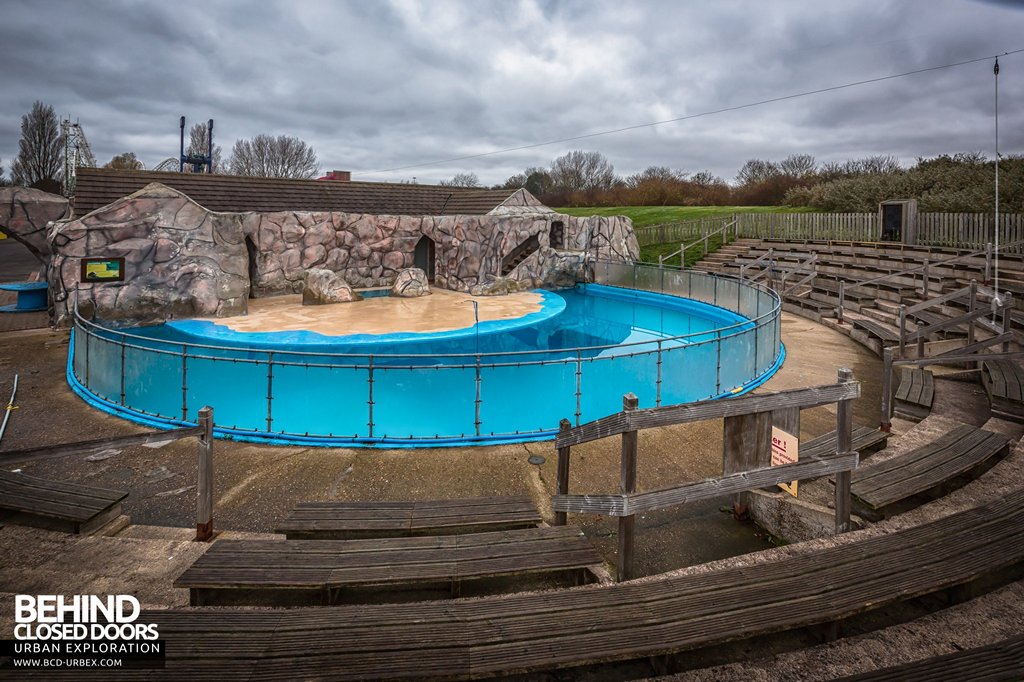 Continuing around the park we find a few more rides... 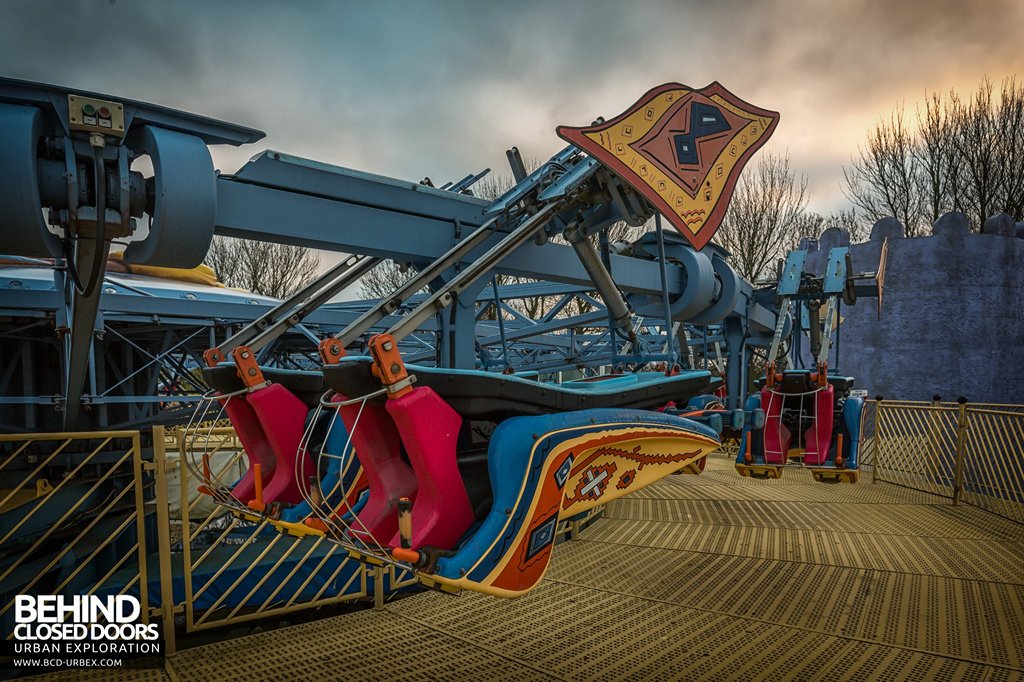 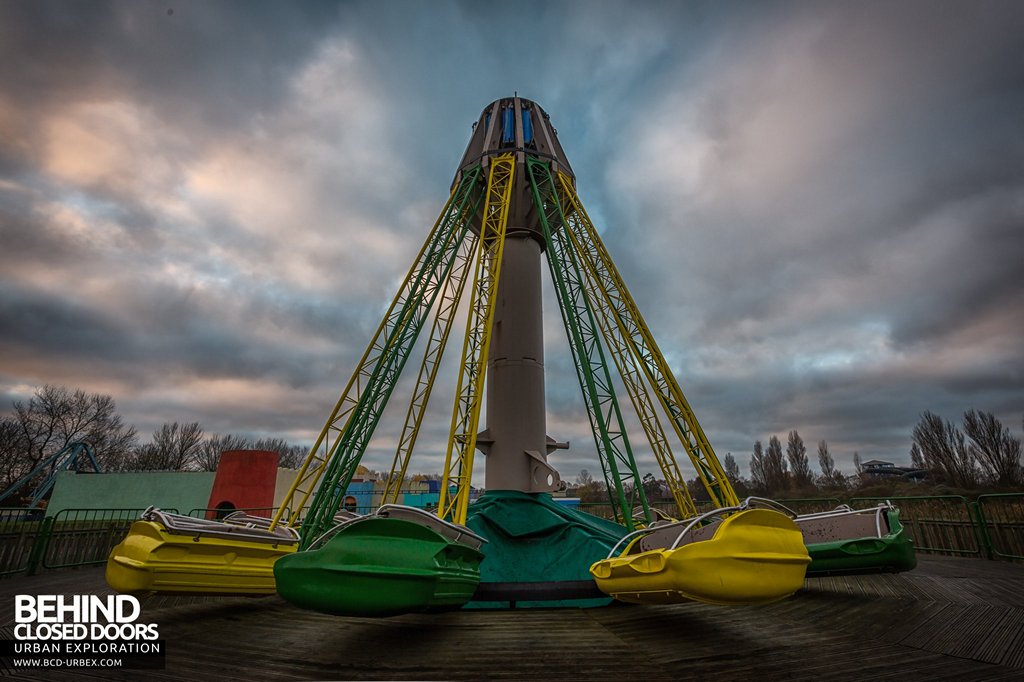 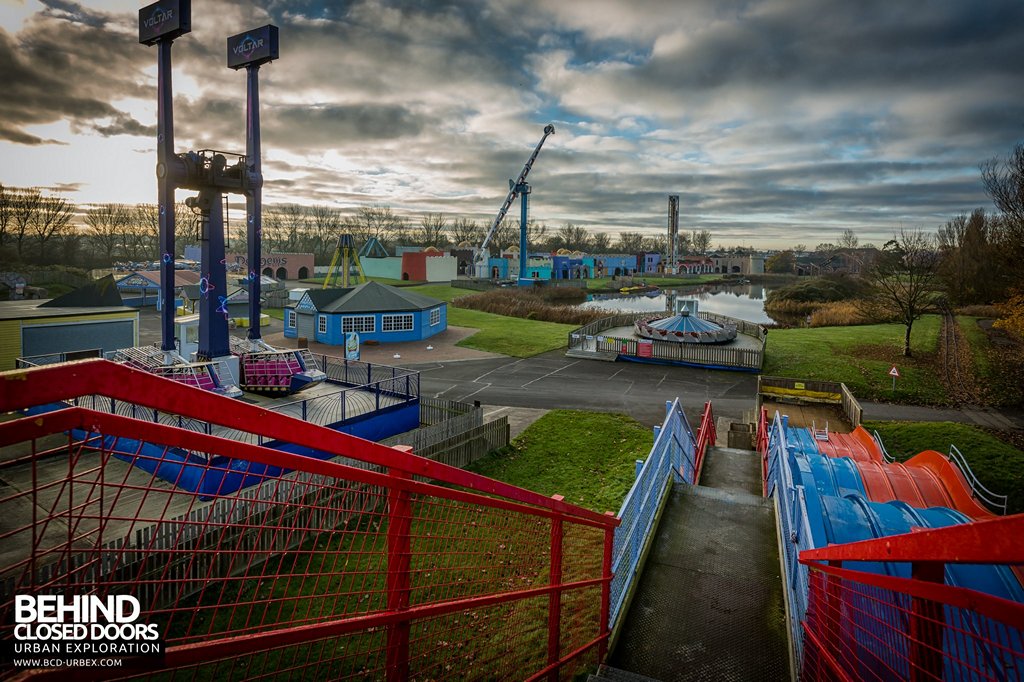 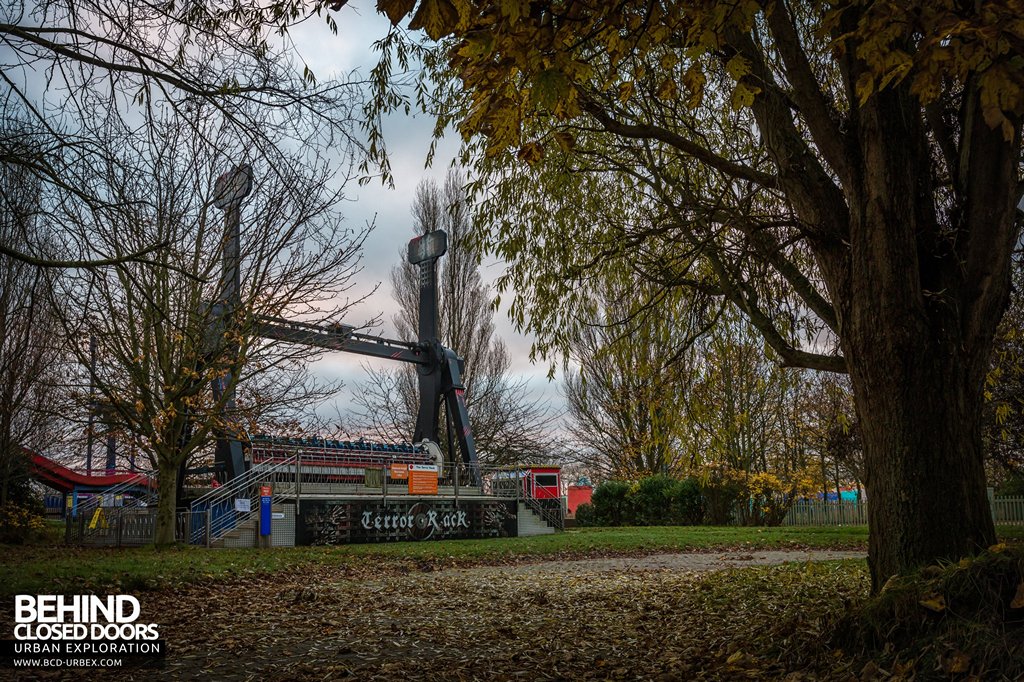 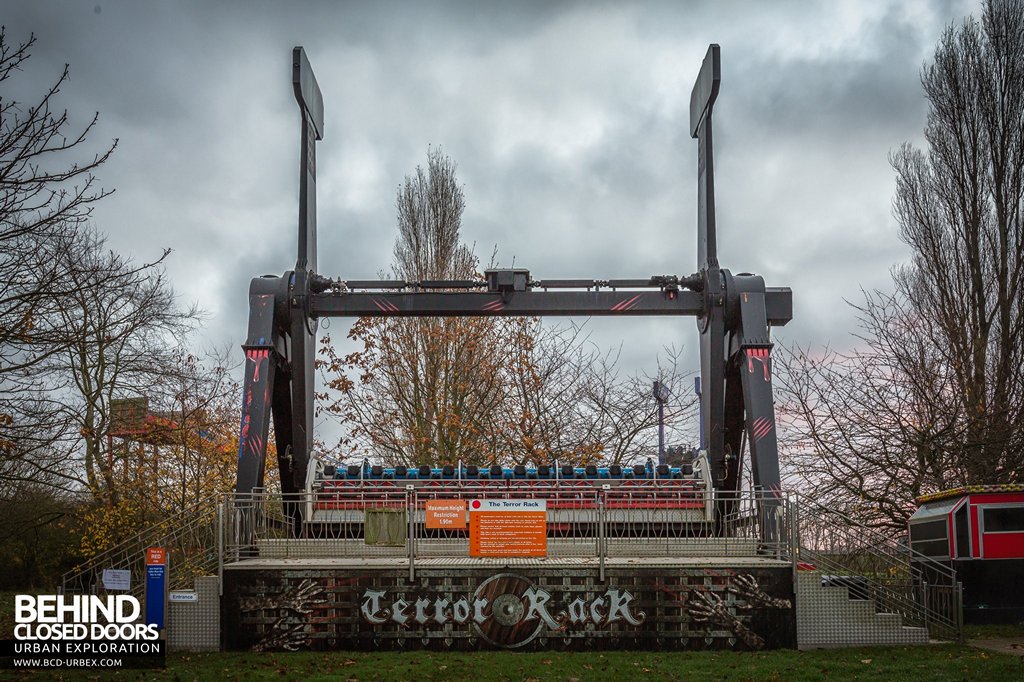 And then come across the main attraction, the Boomerang roller coaster 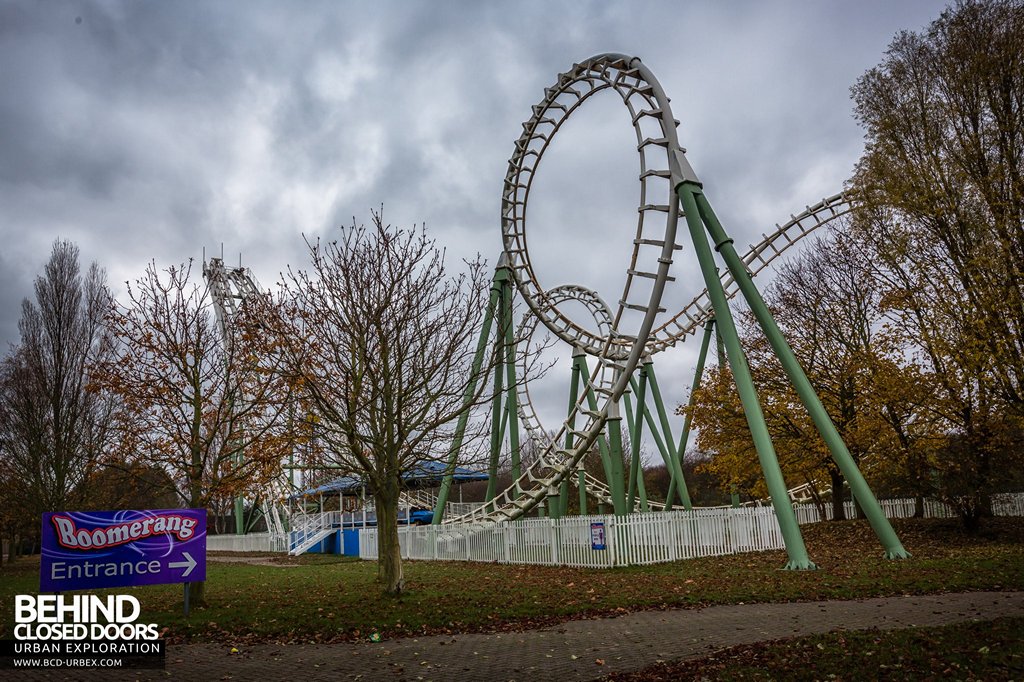 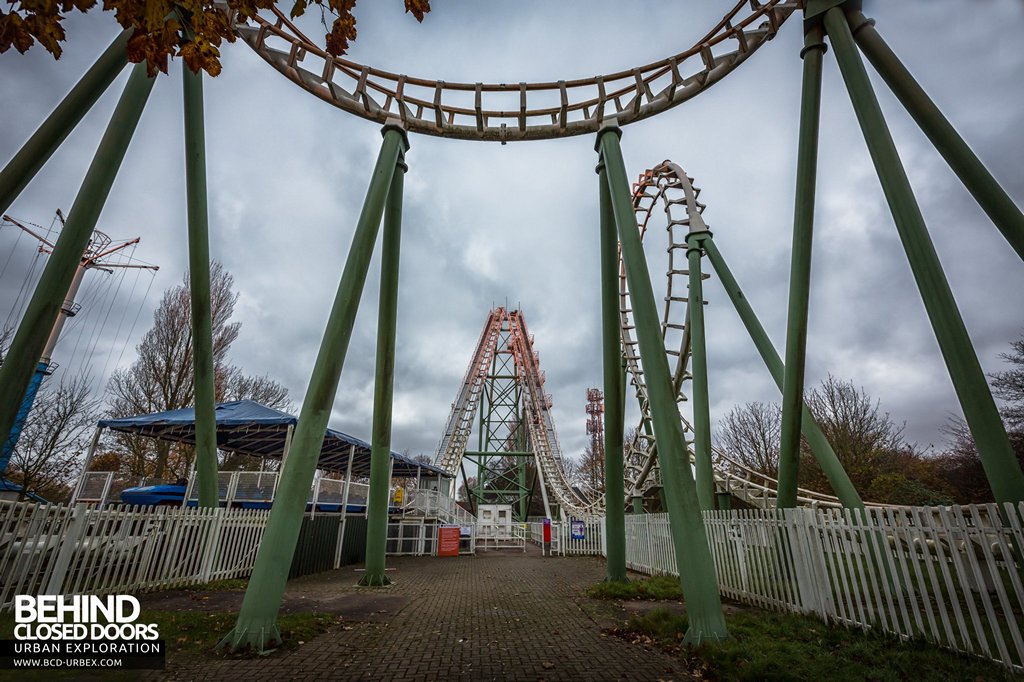 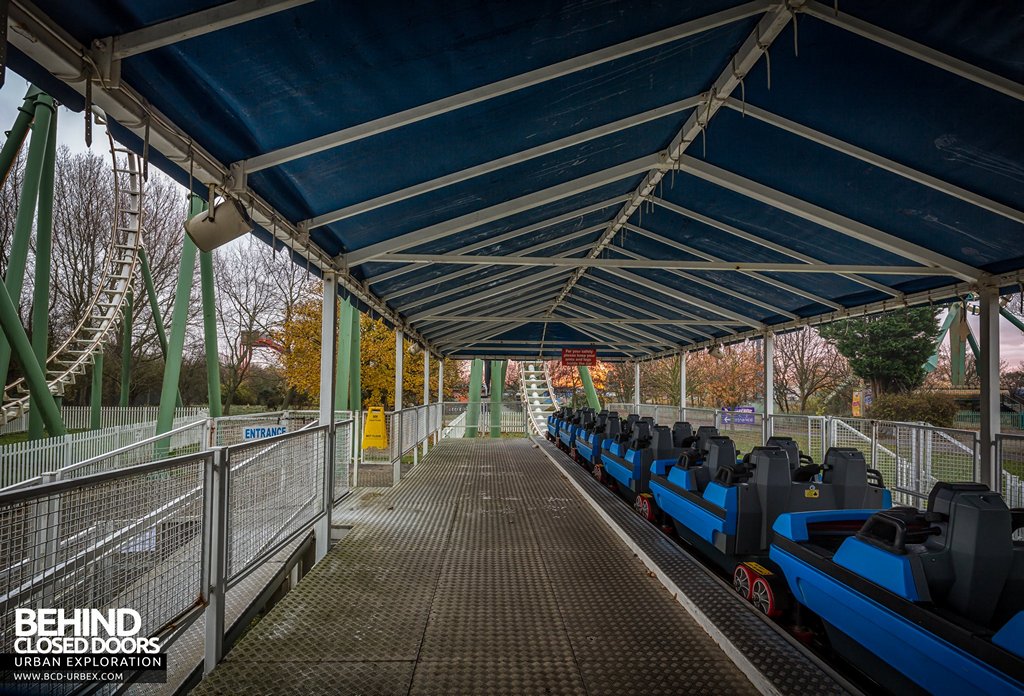 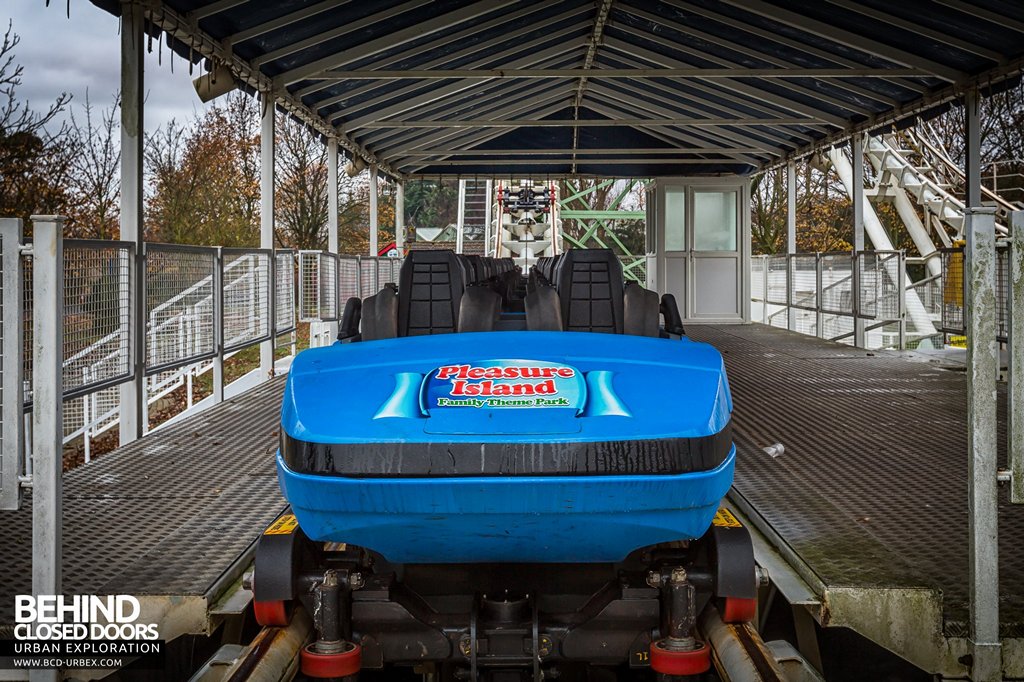 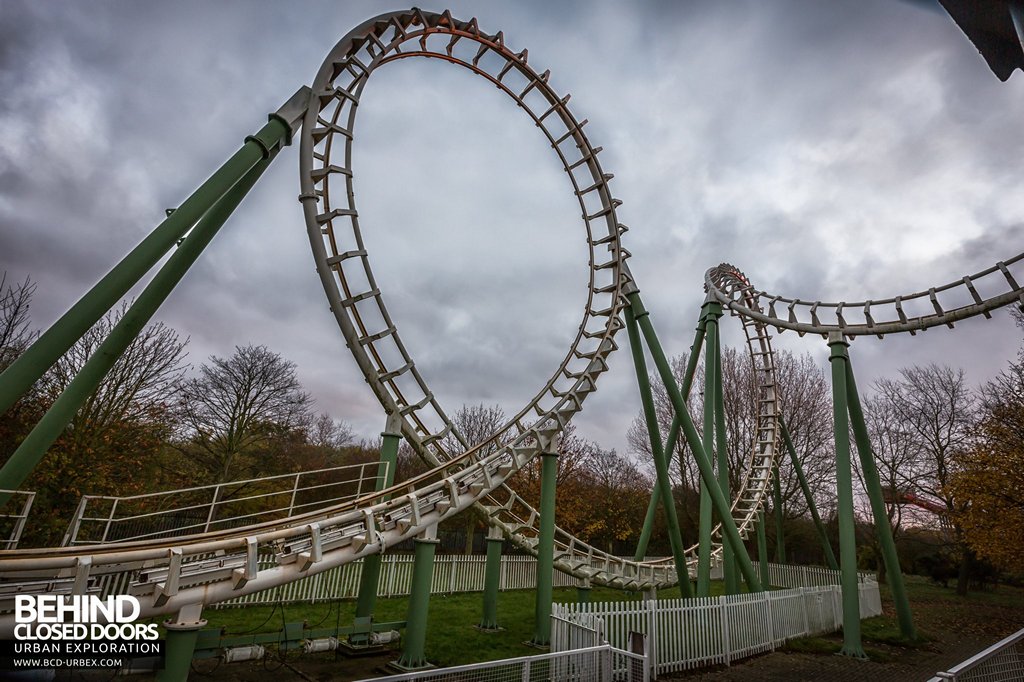 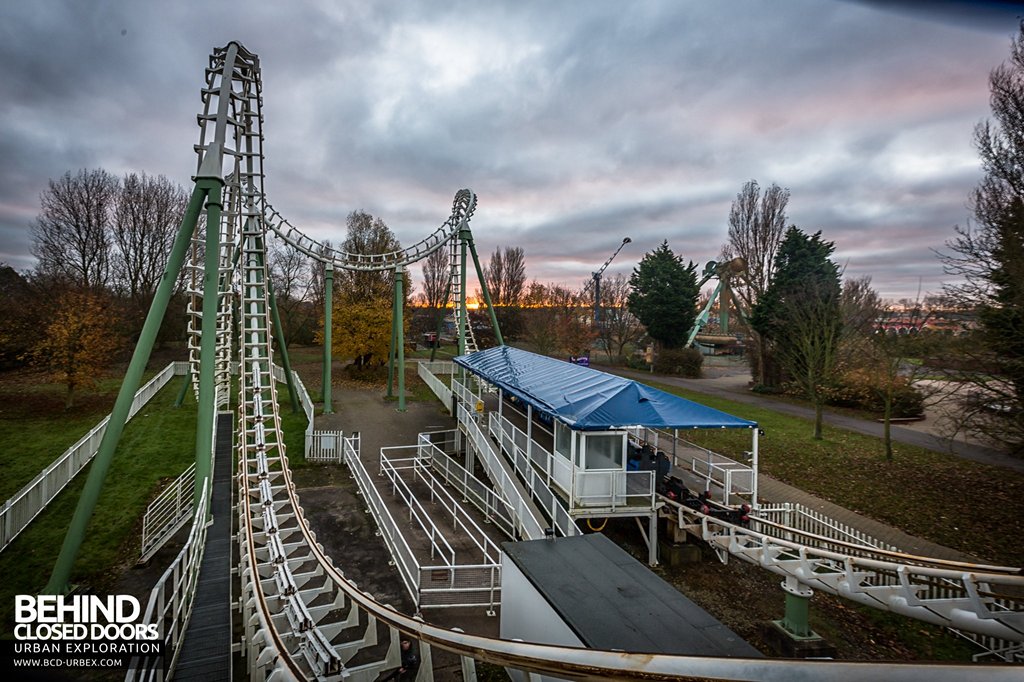 The view from the top was pretty spectacular! 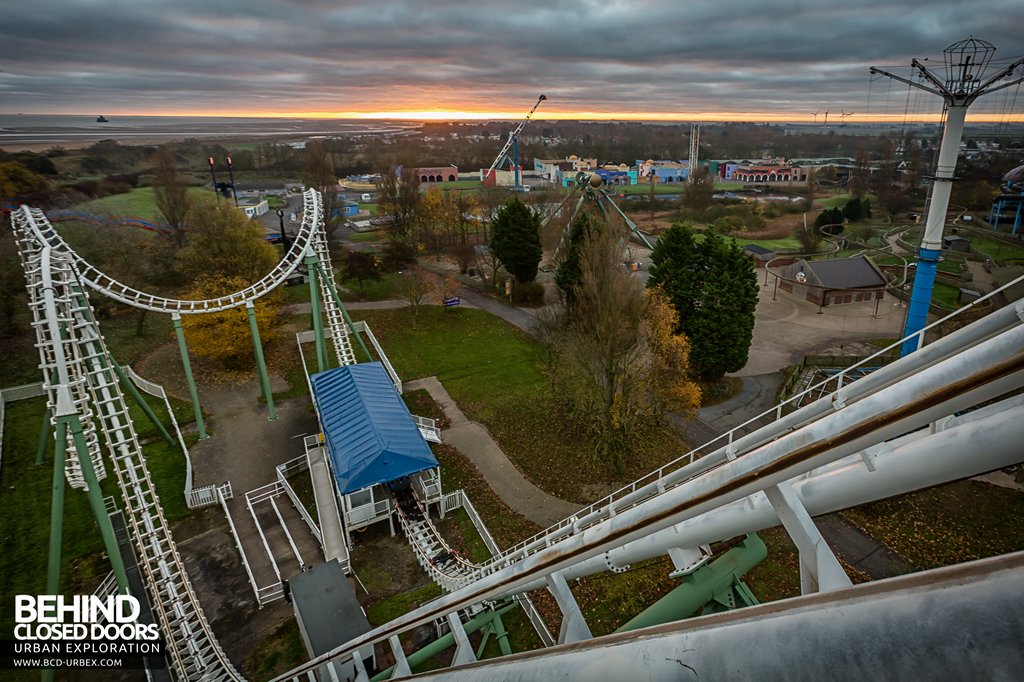 Continuing on, we find the Pendulus ride 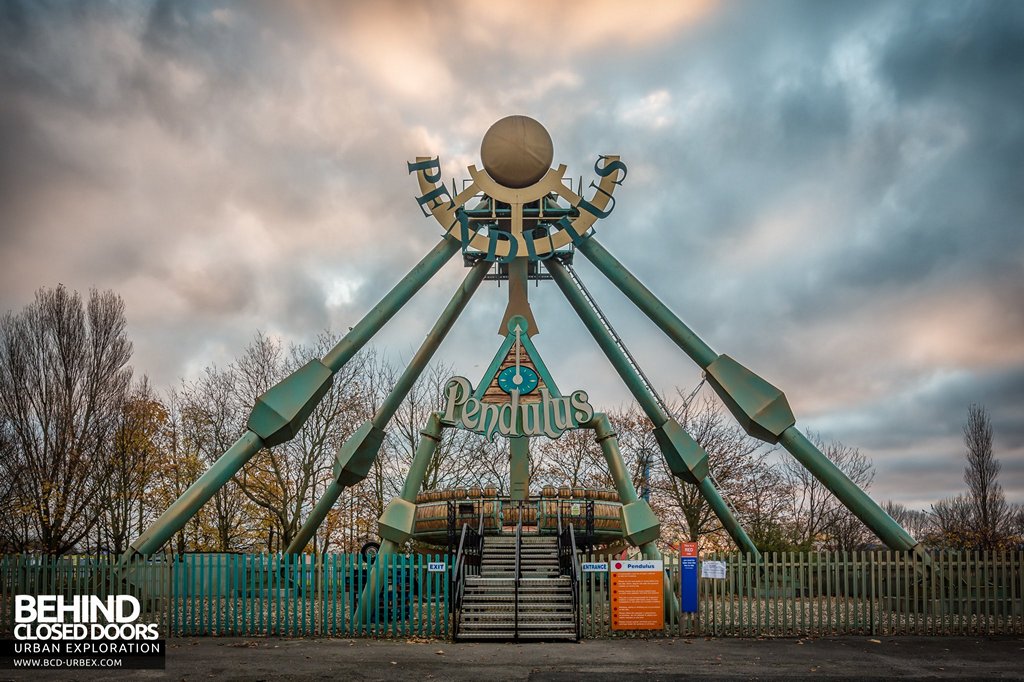 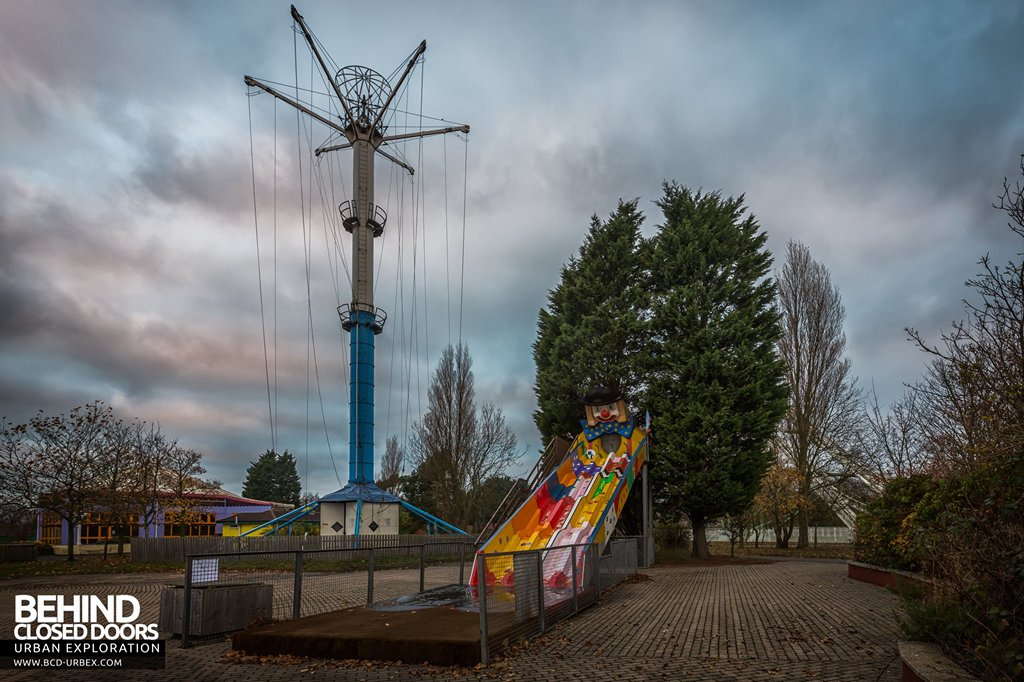 And the Mini Mine Train 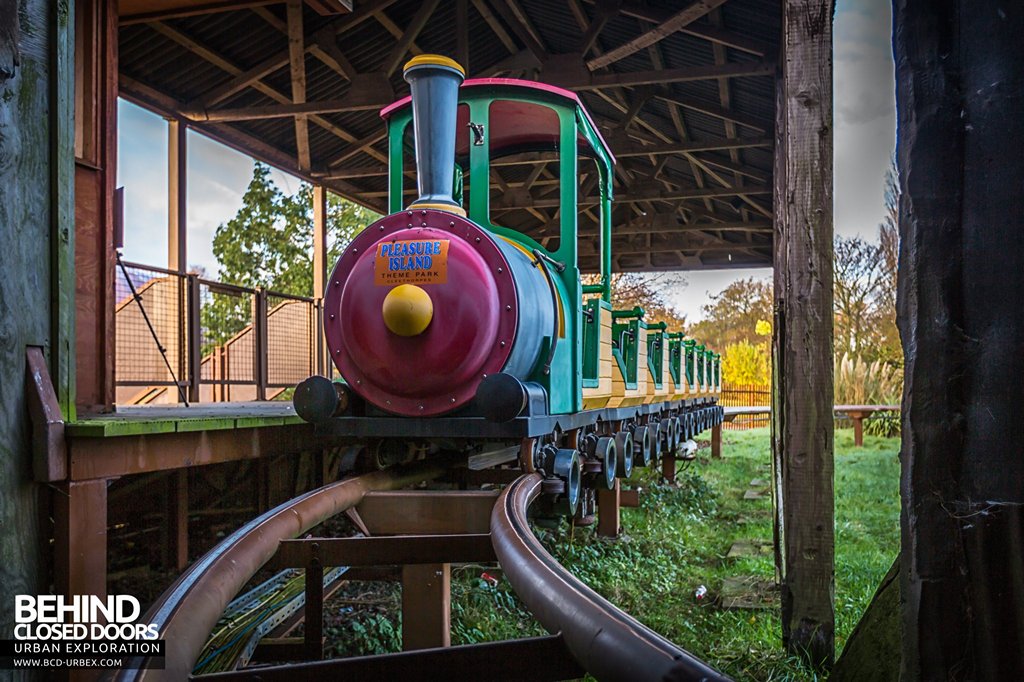 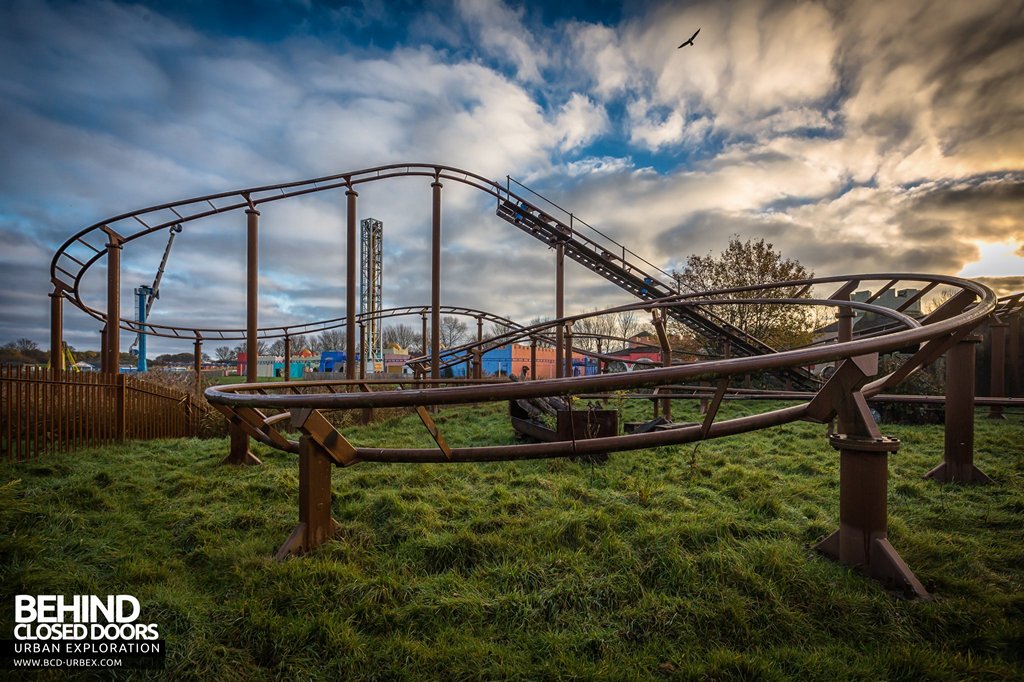 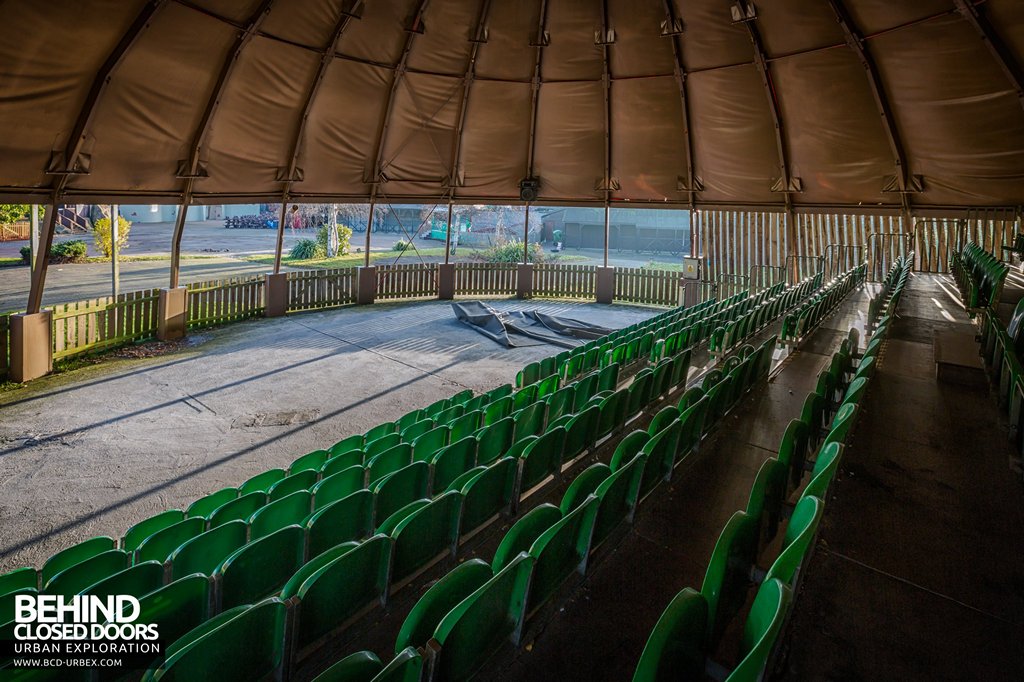 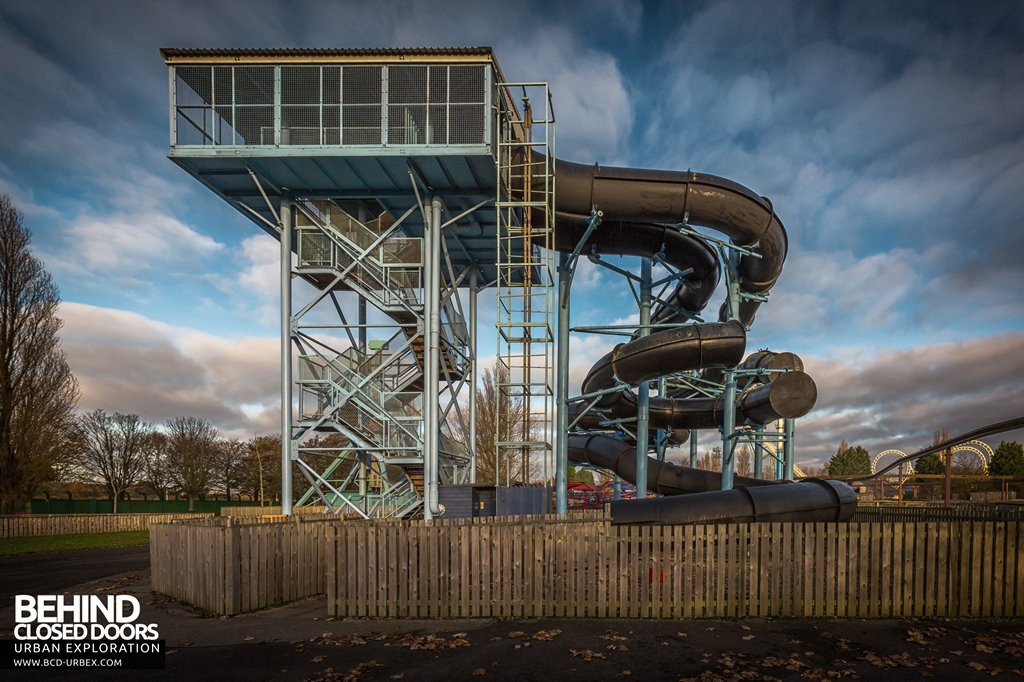 Finally, we look at the Carousel ride, which is a really old traditional carousel. My favourite! 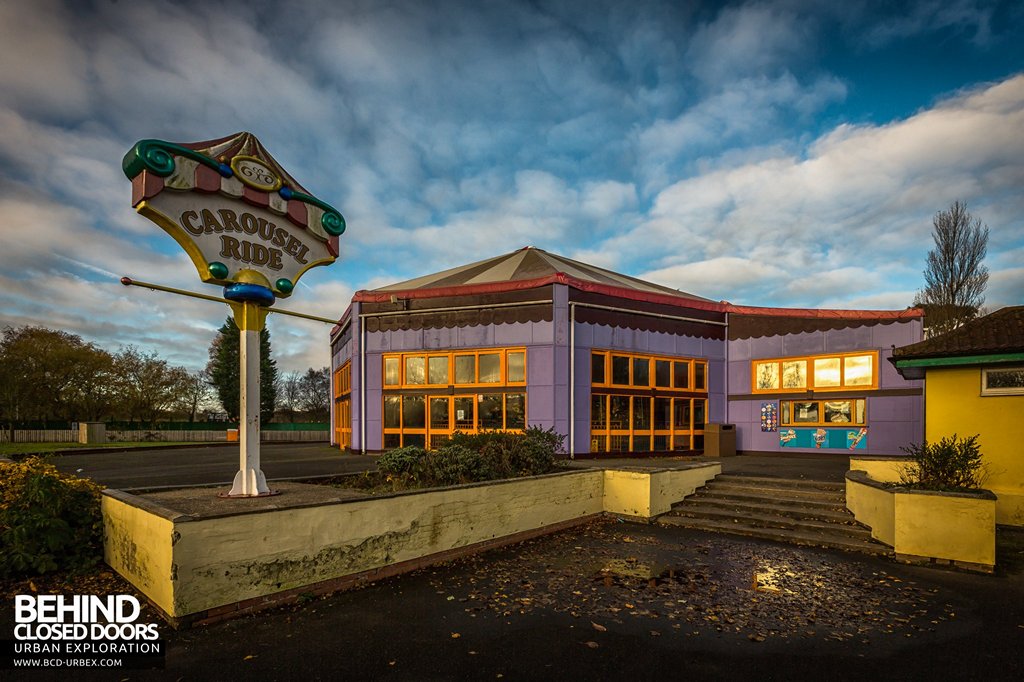 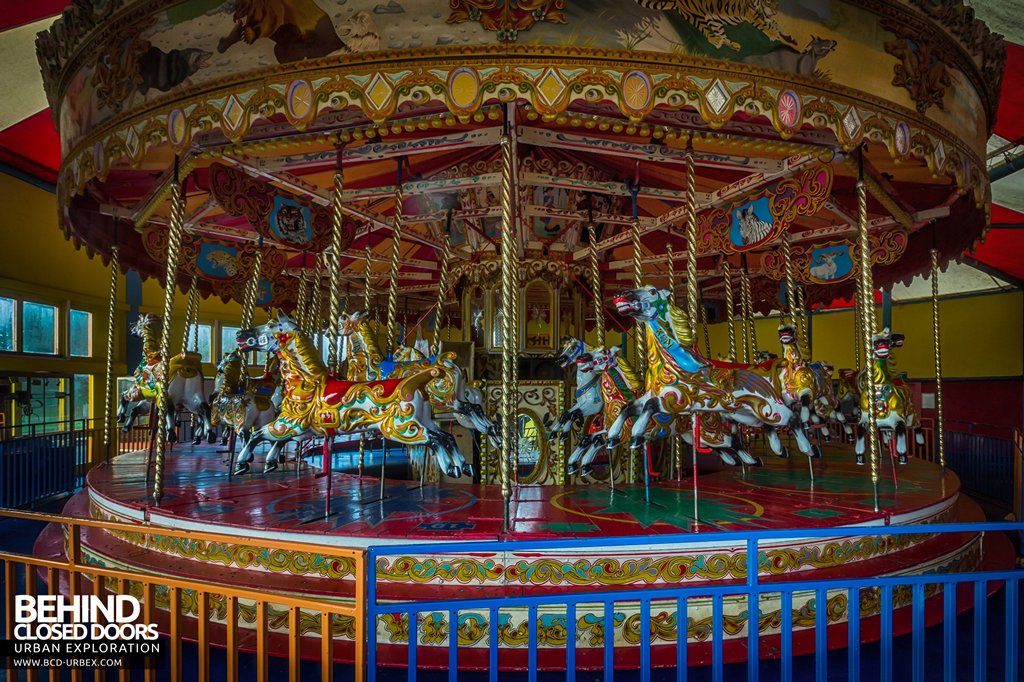 28DL Full Member
Best way to see a theme park - without all the noise and tourists!

28DL Full Member
That carousel is stunning!!
There's A Light That Never Goes Out.

28DL Full Member
Feels the same as when it was open - I visited this place a few days before it closed (on an open day) and it was really sad to be there.
I just hope access is difficult because these places always seem to get trashed!
J

Aidan said:
Feels the same as when it was open - I visited this place a few days before it closed (on an open day) and it was really sad to be there.
I just hope access is difficult because these places always seem to get trashed!
Click to expand...

Tbh i think its pretty easy, but theres workers going in and out of the site. So presume it would hopefully stop people damaging stuff.They've taken down the rides near the entrance, but most of the big ones haven't moved. Possible they'll start taking them down after Christmas as I think most of the rides have practically been sold off now.

28DL Full Member
I think most of the big stuff would be OK, its things like the Carousel and Chairswings which are both old and wooden I worry for!

Banned
Just on our way home from here , got in but there was a young lad already in who had climbed the boomerang and was screaming from the top which alerted two Young woman who work there we left before they saw us , but he was escorted out . No trouble caused .

Two things we found out was
1. The only reason why he was told to leave was because security was starting in 10mins ( 5pm) .

2. The sea lions are still there , poor animals .

Banned
Love your pictures ! Surprised you got round the whole park ! The poor sea lions was there last week noisy buggers . I guess that's why them two Young lasses are there turfing people out as there looking after them . Such a shame I can imagine this will be bought before it gets too bad.
You must log in or register to reply here.
Share:
Facebook Twitter Reddit Pinterest Tumblr WhatsApp Email Link