28DL Full Member
Nothing fancy folks, or particularly exciting by any stretch, but was just one of those days when you have to get out of the house and stretch your legs. Whilst catching some fresh air I decided to go back to a location I first walked round/crawled into a few years back on a very cold New Years Day. Due to it being quite muddy I only went into 1 of the 2 engine rooms, and when I literally bumped into a bat (thing I hate most when exploring) I didn't hang around getting too many shots so my apologies.

Bit of History:
The second of two long range 14" guns, 'Pooh' was built in February 1941 and manned by men of the Royal Marine Seige Regiment. Due to the high rate of muzzle ware and the weight of the gun it was not housed in a protective bunker, but was hidden from view by earth ramparts and camouflage netting on posts. It was supplied by railway with new track laid from a branch line. The track was removed after the war but the line of the supply track was visible from 1999 aerial photographs. Due to the inevitable attention of counter fire from German long-range guns, and to deceive aerial reconnaissance a dummy battey was built. The site was dismantled after the war and remains visible as a grass mound along the battery control room. It is one of a number of heavy batteries built in the area (including 'Jane', 'Clem' and 'Bruce').

28DL Full Member
Might want to edit the report title as its Wanston Battery by name. Also do you mean "winnie" as opposed to "Bruce"

Good write up apart from that

Moderator
These guns were two BL 14 inch Mk VII (35.6 cm) guns positioned behind St Margaret's. They were spares taken from the stock of guns of the battleship HMS King George V. One used a mounting from HMS Furious and the other a mounting from a test range; neither was turret-mounted. They were operated from a separate firing-control room and were manned by 25 men of the Royal Marine Siege Regiment.

These boosted morale – Winnie fired Britain's first shell onto continental Europe in August 1940 – but were slow and ineffectual compared to the German guns. 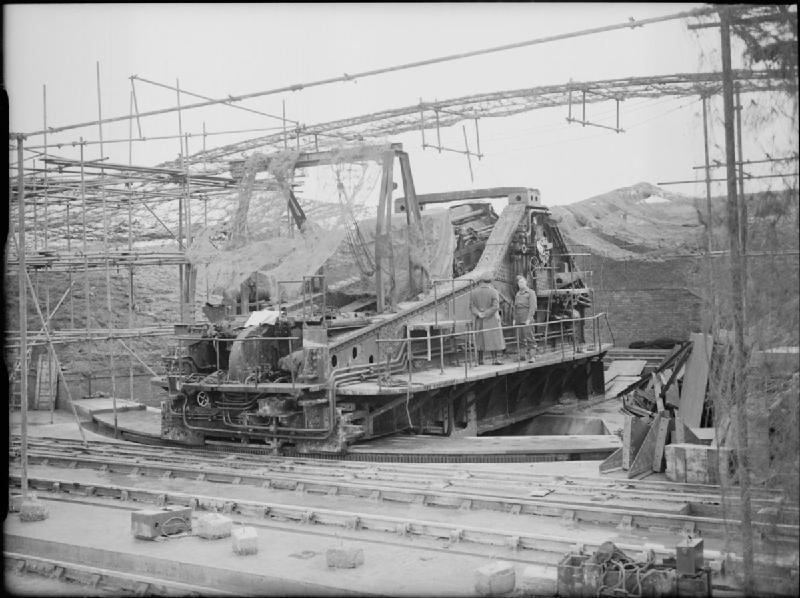