Regular User
1. The History
Porth Wen Brickworks is located on the western side of Porth Wen (meaning White Bay), in the North of Anglesey, North Wales. Dating back from Victorian times, it produced fire or silica bricks, made from quartzite whose main use was to line steel-making furnaces. The works included quarries, an incline tramroad to the works, a crushing house, moulding shed, drying sheds, and three circular kilns. The brickmaking operation included storage hoppers, an engine house, boiler house, chimneys, warehouse, and a quay for shipping the bricks out of the works.

Mining of the ore and brickmaking started circa 1850, although the buildings that remain today are later and only date back to the early 1900s. The works were supplied by two quarries to the north-west, connected via a tramroad from one of the quarries leading to a winding house and a two-track gravity-powered incline. The winding house housed three wheels, each with eight spokes: one wheel of 7 feet in diameter and two of 5 feet. The larger wheel was a banding-break and the other two driving wheels for lowering and raising trucks on the incline. The incline terminated at a crushing house where the quartzite was broken up with a knapping machine. The pieces were then passed down chutes to the lower levels for processing down into a fine powder by workers using a hammer and wearing iron covered gloves. The powder was then mixed with lime and water in a pan mill. The resulting paste was moulded into bricks (initially using a wire cutter then later by a press) and after they had dried out, fired in one of the three circular “down-draught” kilns. These brick-made kilns reinforced with iron braces where referred to as ‘beehive’ or ‘Newcastle’ kilns. The finished bricks were then stored in the imposing two-storey main building before being loaded onto ships, using a crane, moored at the loading quay. Power and heat for the brickworks came from five-drum Stirling boiler and a small engine house for a steam engine.

Manual mining prevailed from 1850 up until World War One. Ironically, a German by the name of Herr Steibel bought the works in 1906 and ran them for two years until selling out to Chris Tidy who replaced the mould and cut technique with pressing the bricks. While production of bricks increased, quality decreased and the works closed in 1914, just before the war. They remained closed until they were reopened in 1924 and struggled on until their final closure in 1949. This is loosely corroborated by an OS map from 1938 showing the tramway still in situ. However, a revised OS map dated 1949 shows the tramway no longer there. Since closure, most of the buildings and some of the equipment remain on site. The brickworks were designated as a scheduled monument by CADW in 1986.

The only archive picture I could find of the works. This is most likely taken at the end of the 1800s given the lack of the beehive kilns in the picture: 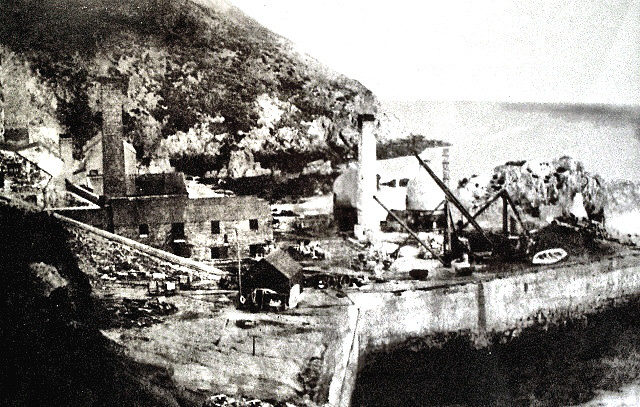 2. The Explore
A nice relaxed explore this one, with reasonable weather too. It might not be the most hardcore of explores but the location and the history of the site make it well worth the hike down the steep track to the works.

The knapping or ‘crusher’ machine and chute: 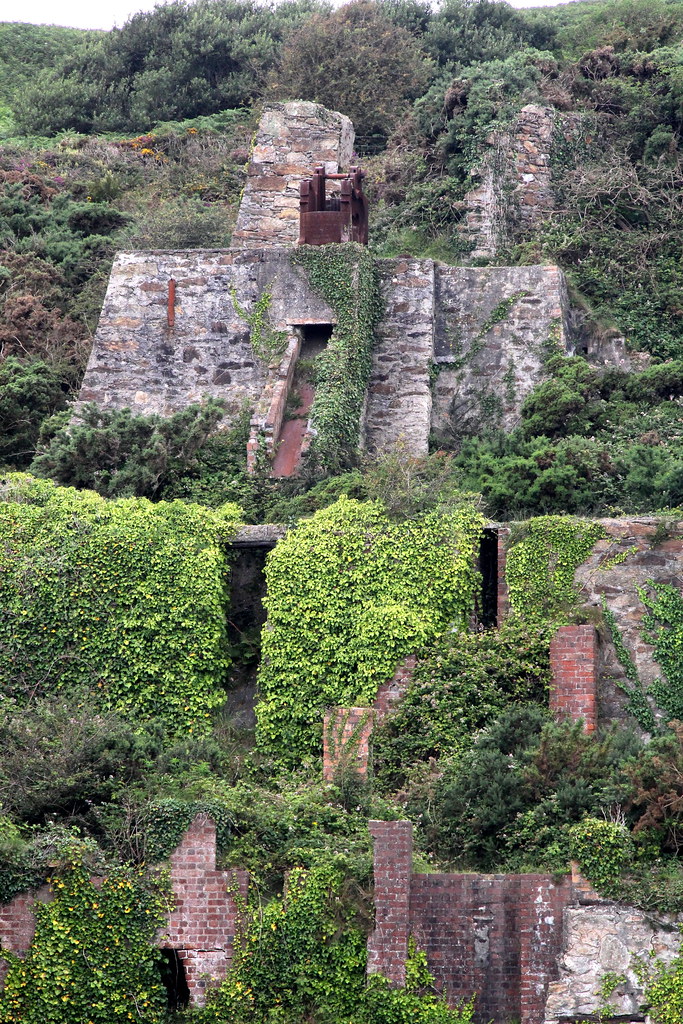 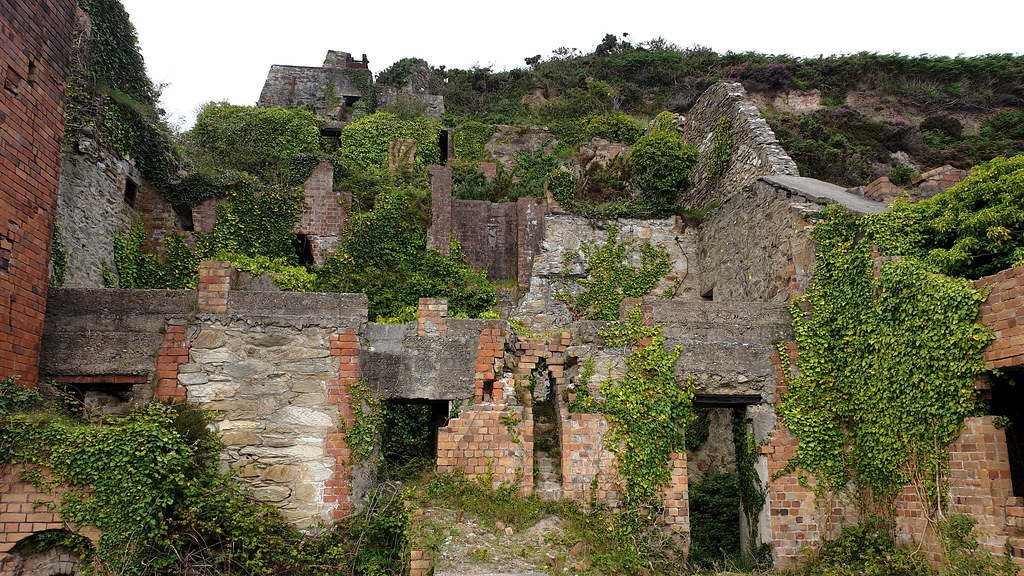 The workshops and accommodation area: 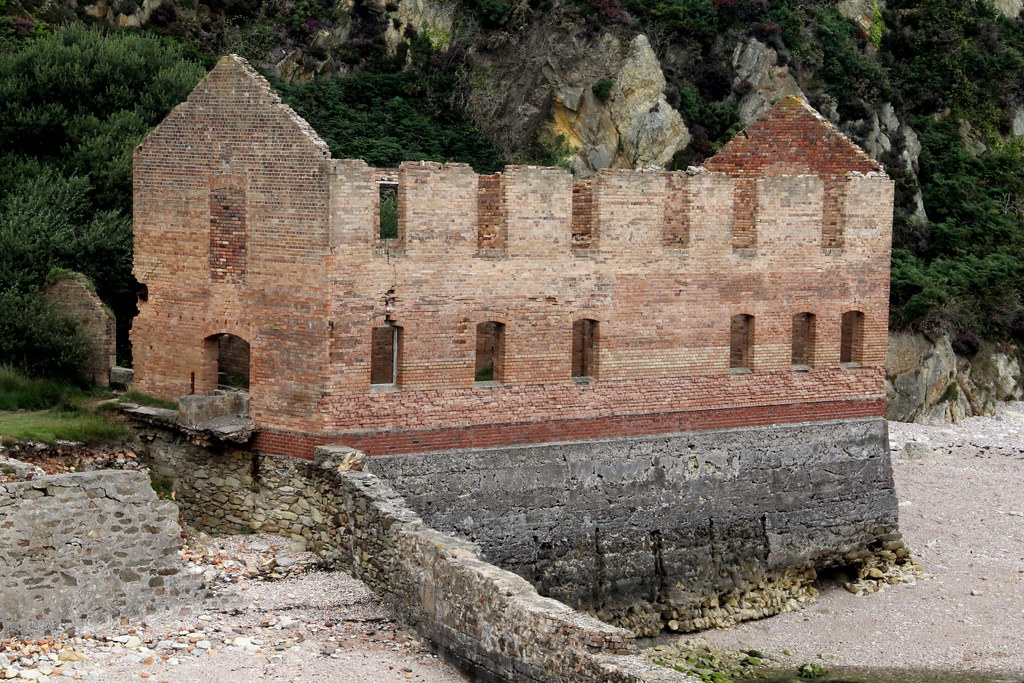 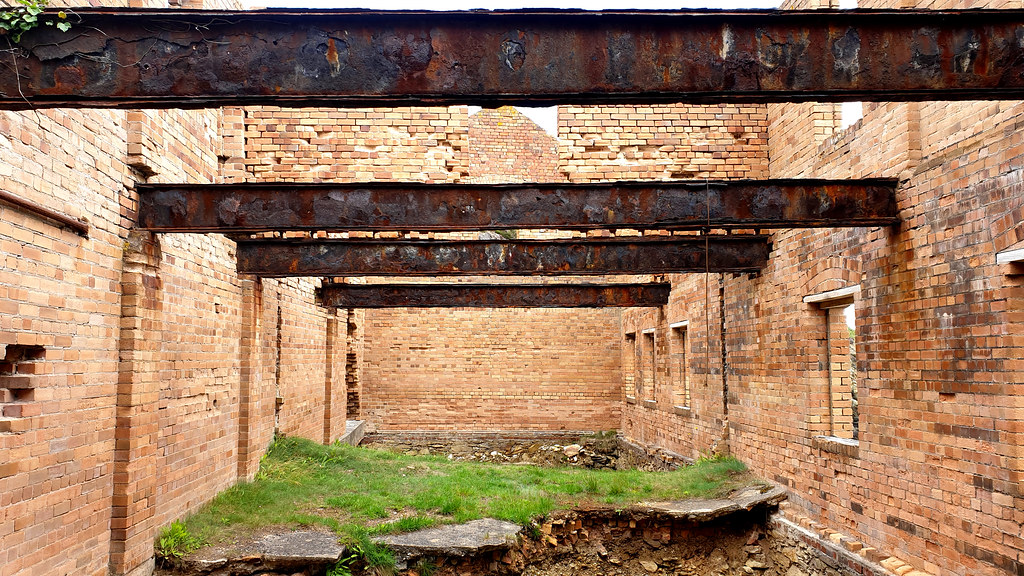 Round the back, the remains of a steam engine manufactured by Thomas C Fawcett Ltd of Leeds: 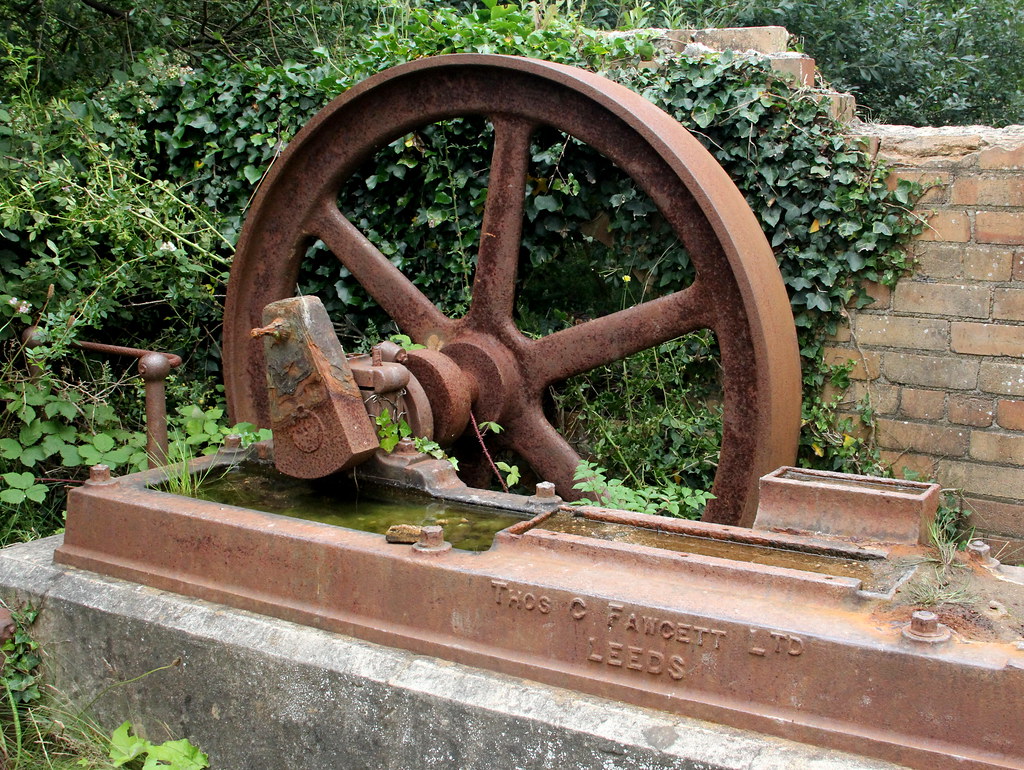 Three boilers in situ in the boiler house, along with the gas retort charging holes, gentility rusting away: 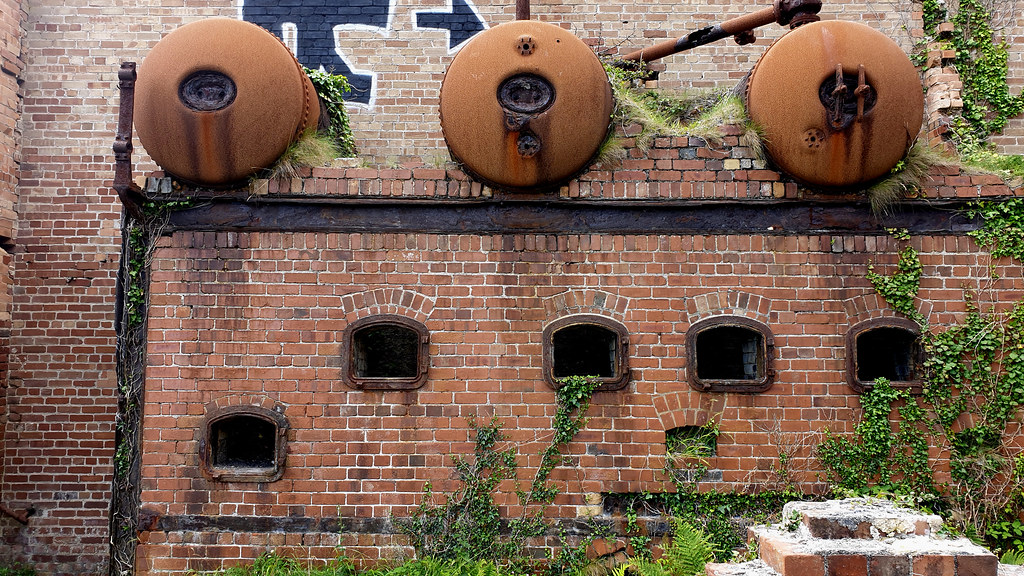 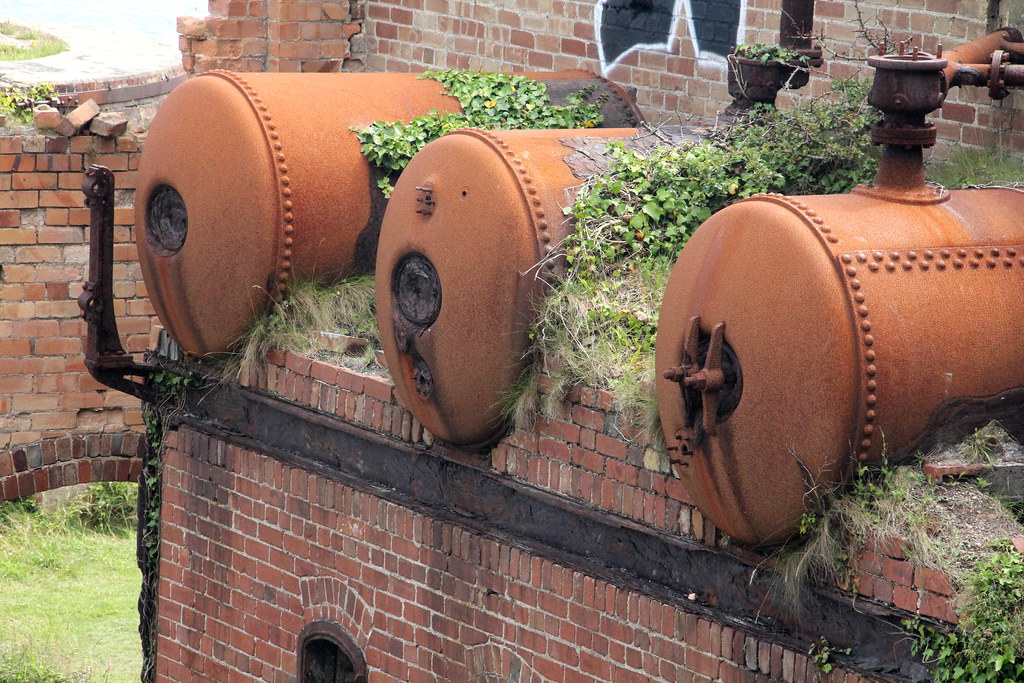 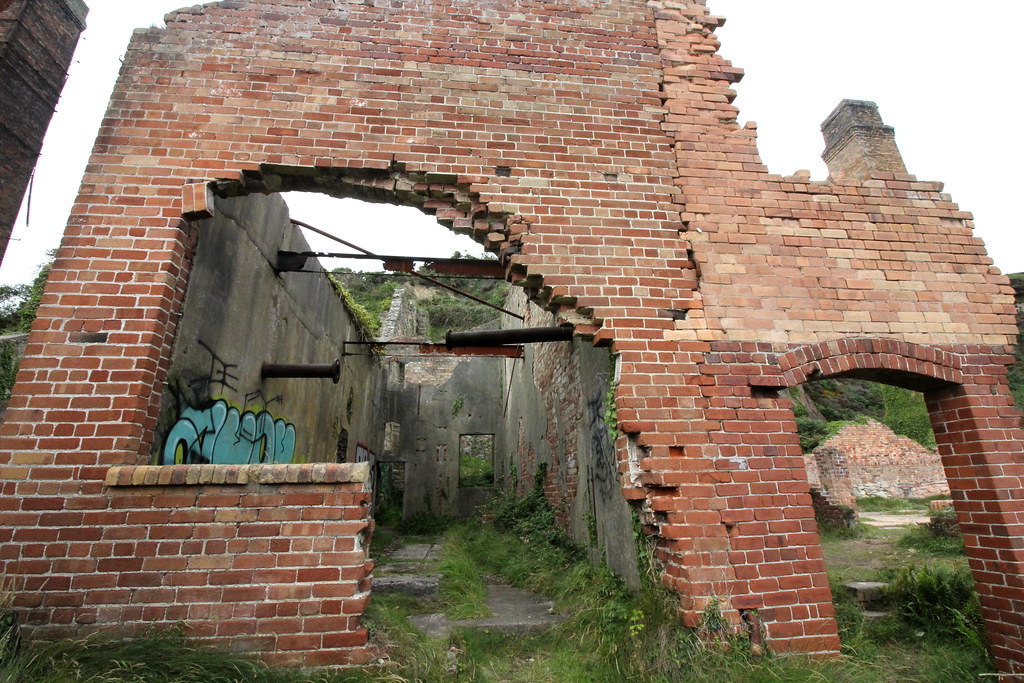 Inside one of the three kilns: 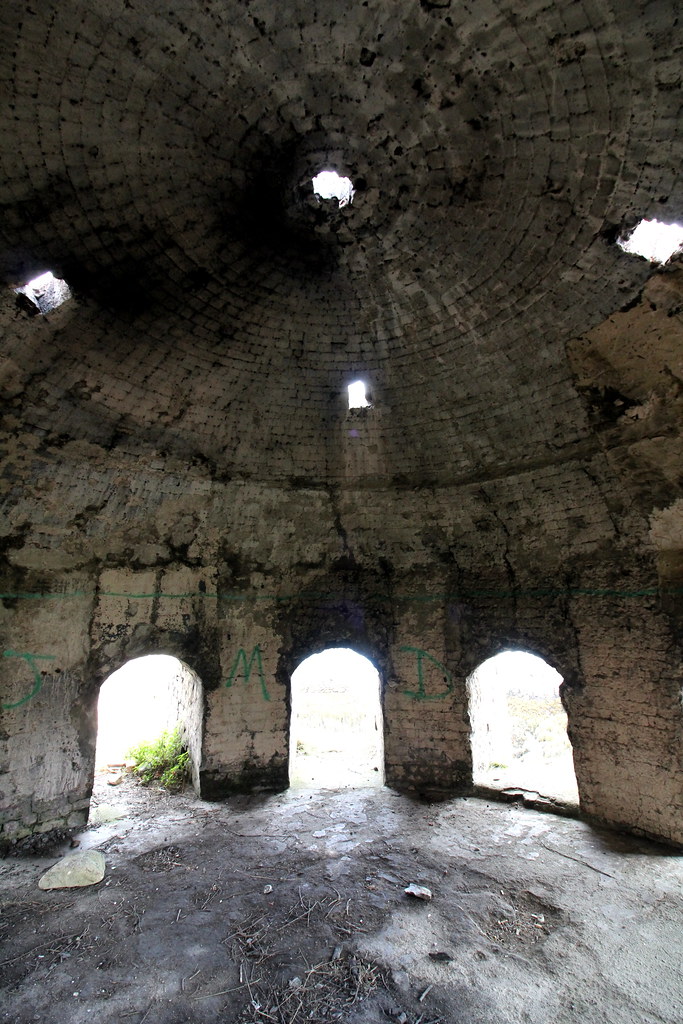 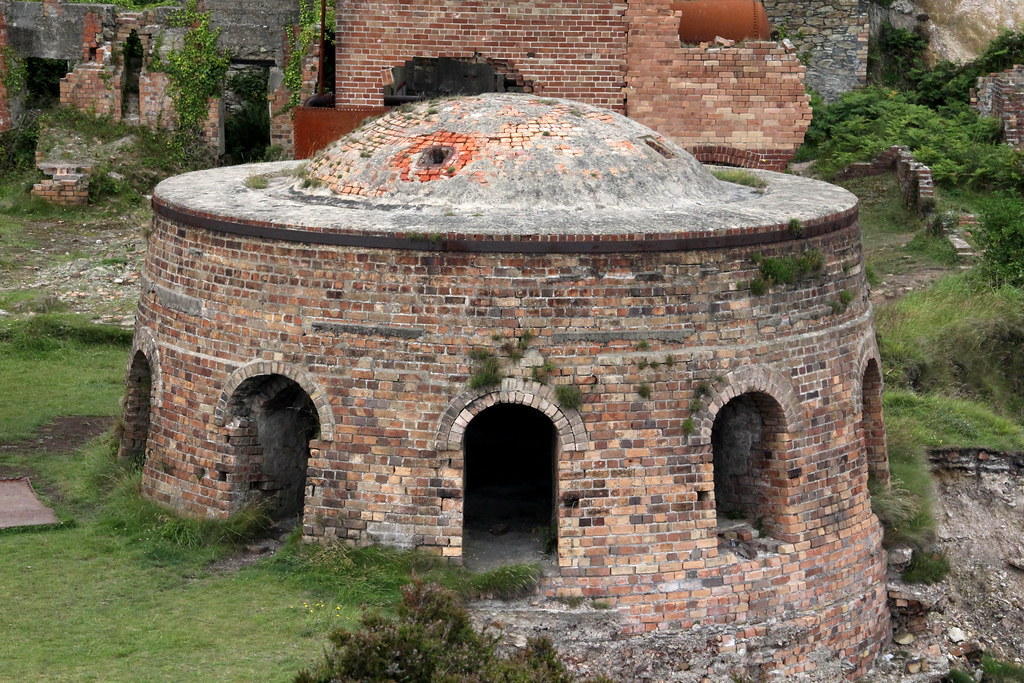 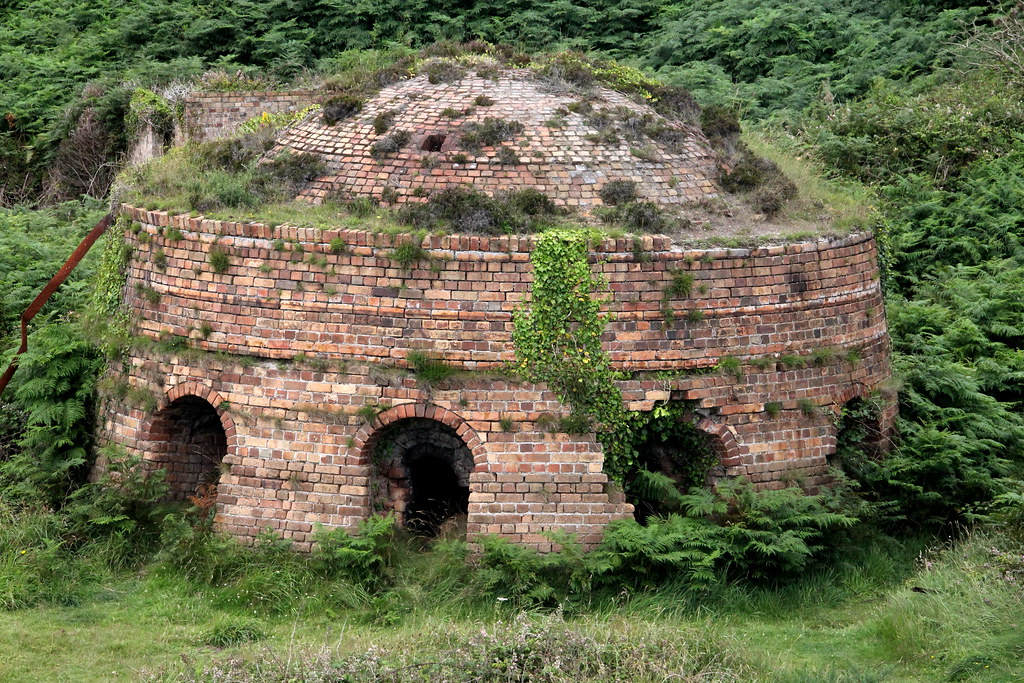 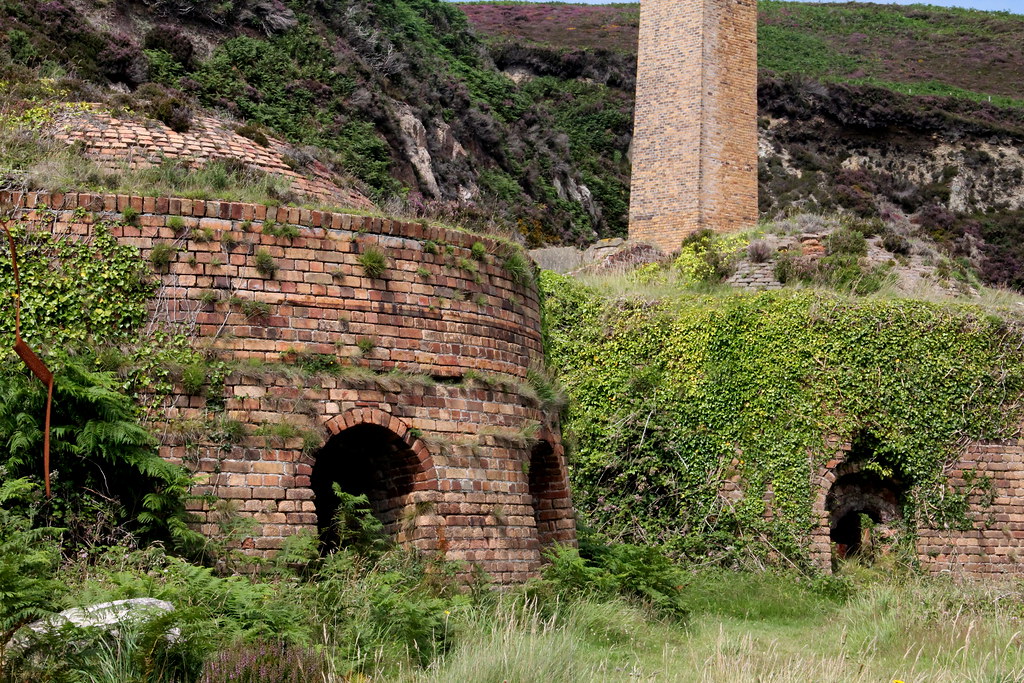 Not sure how this Lancashire/Galloway type boiler got here: 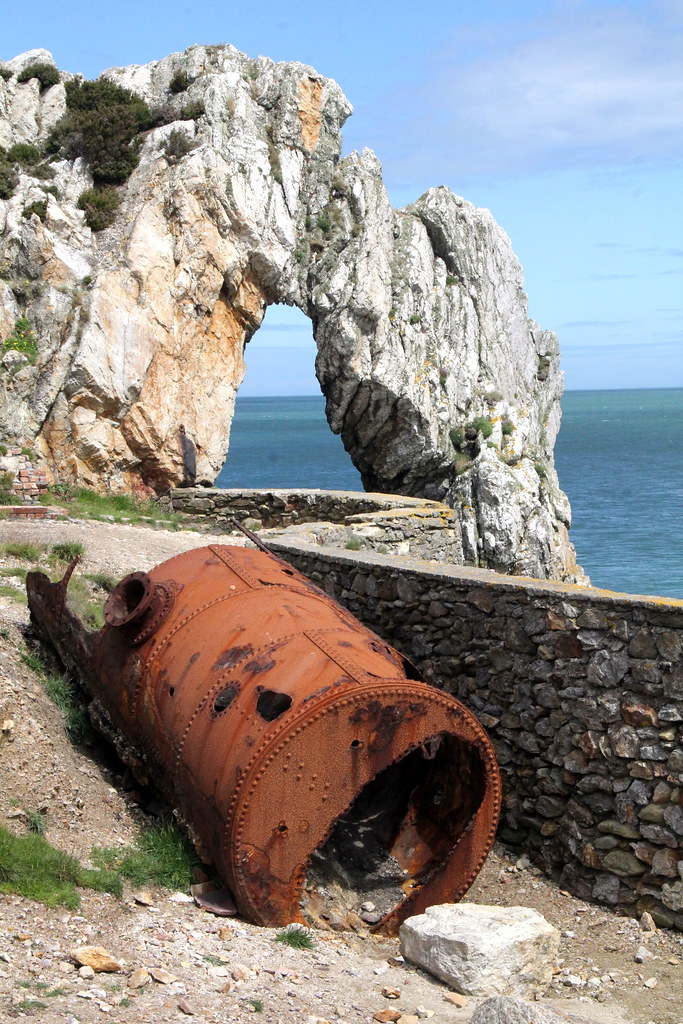 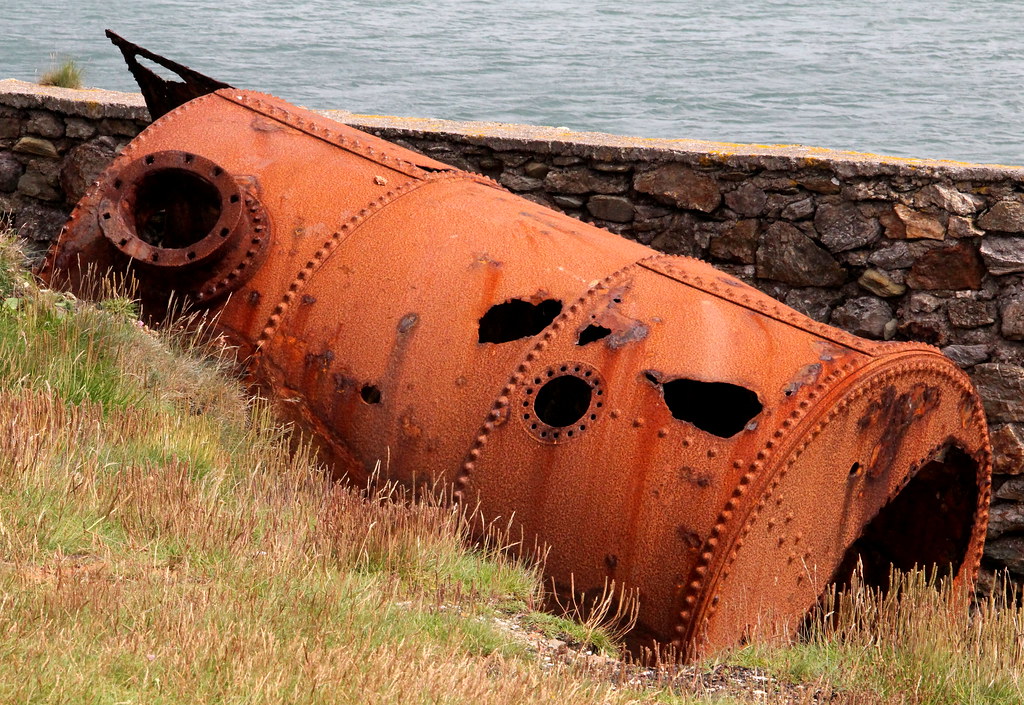 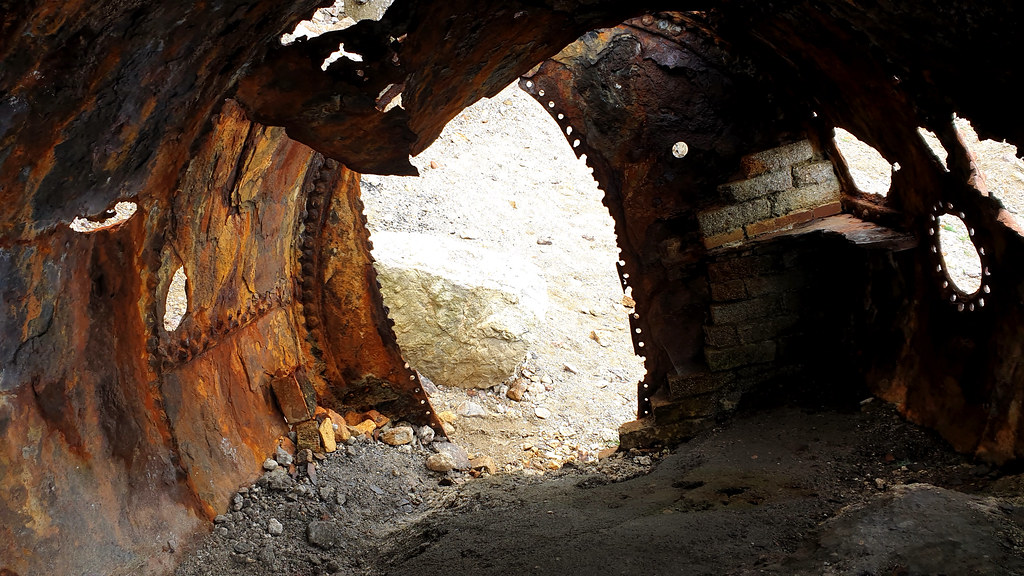 Overview of the whole works: 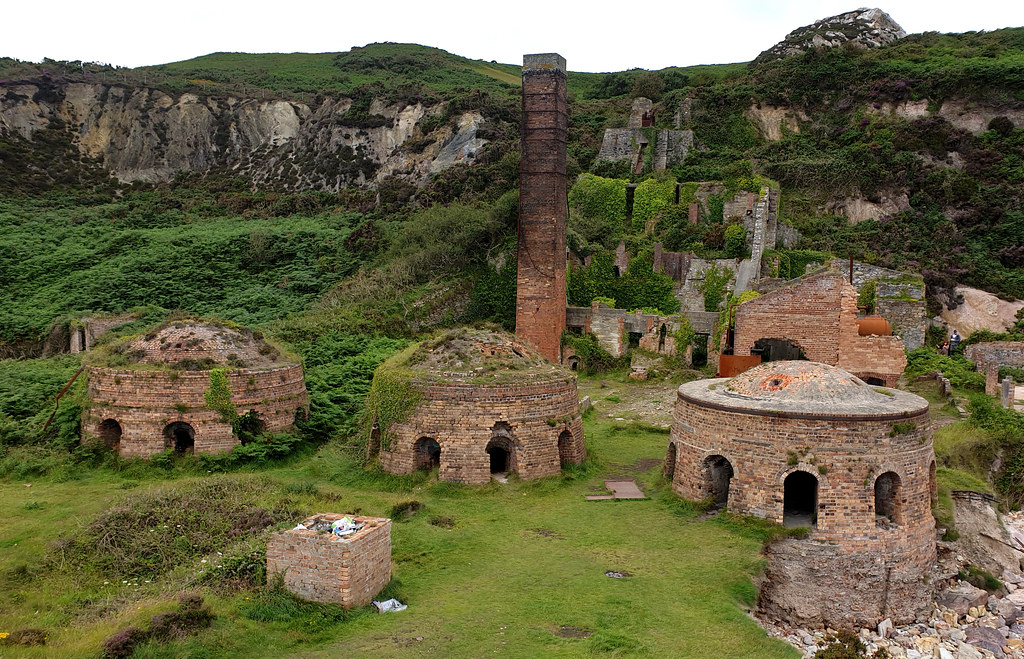 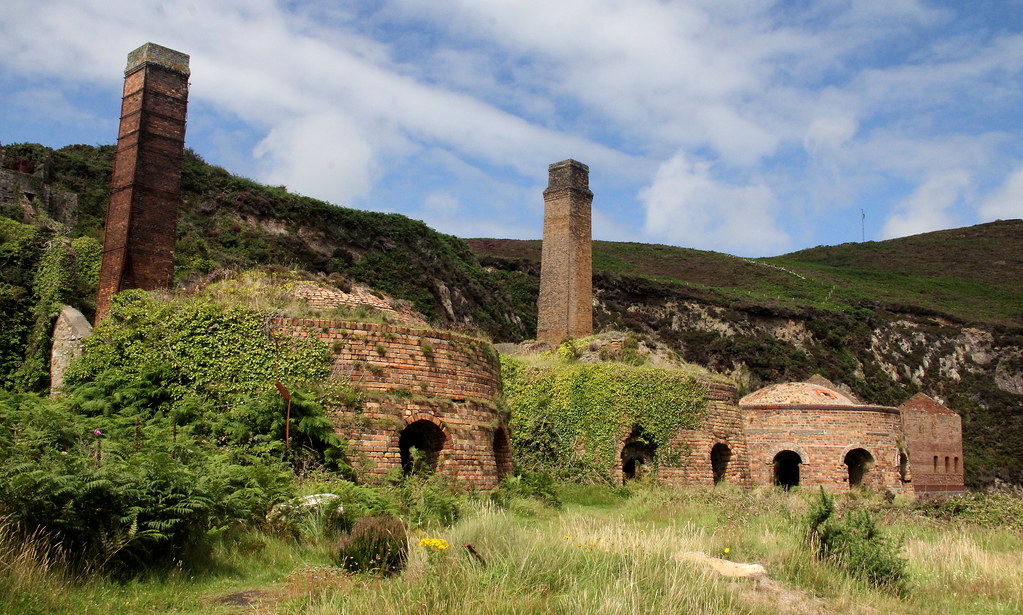 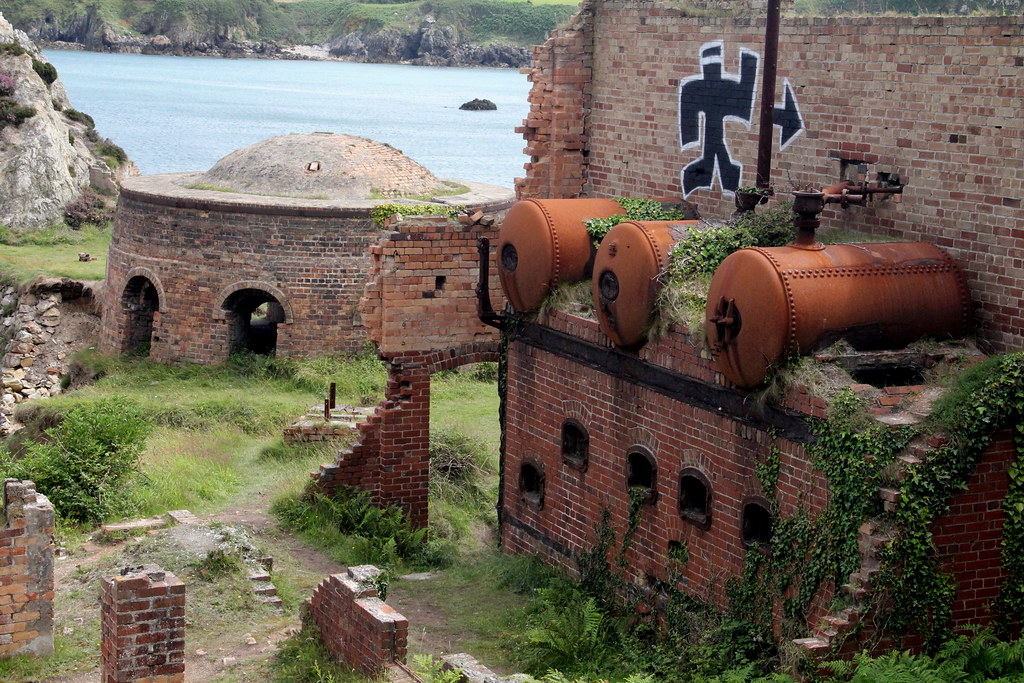 And going back up the path: 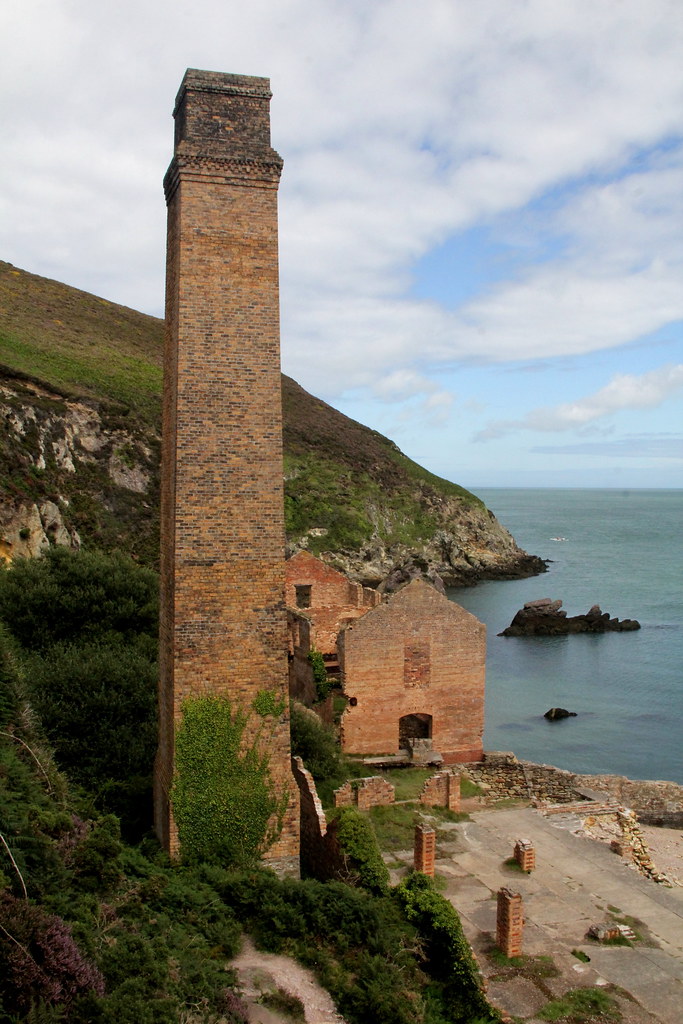 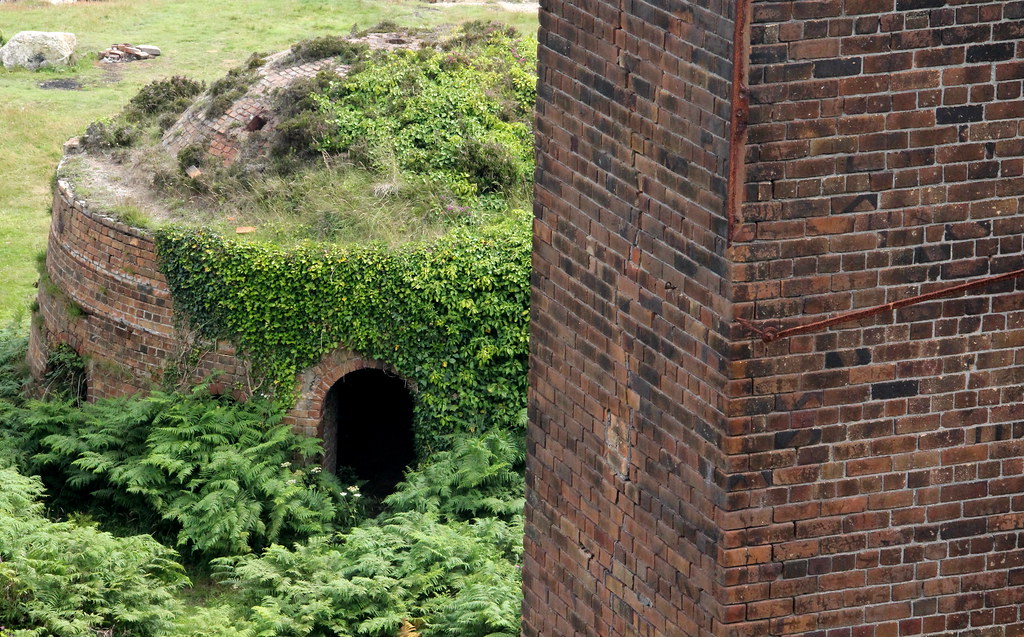 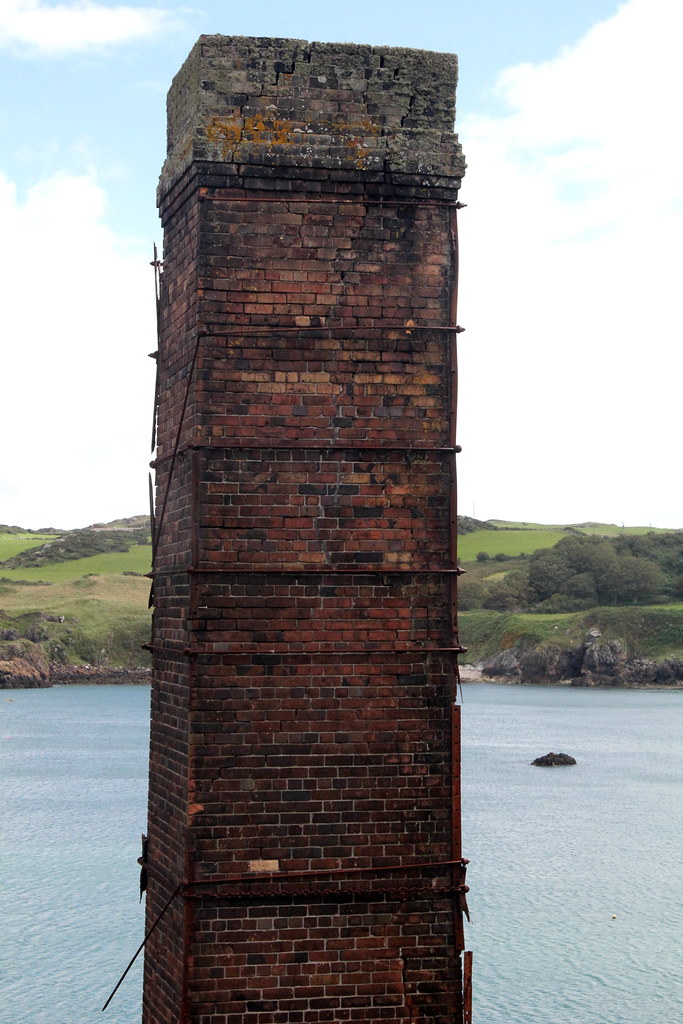 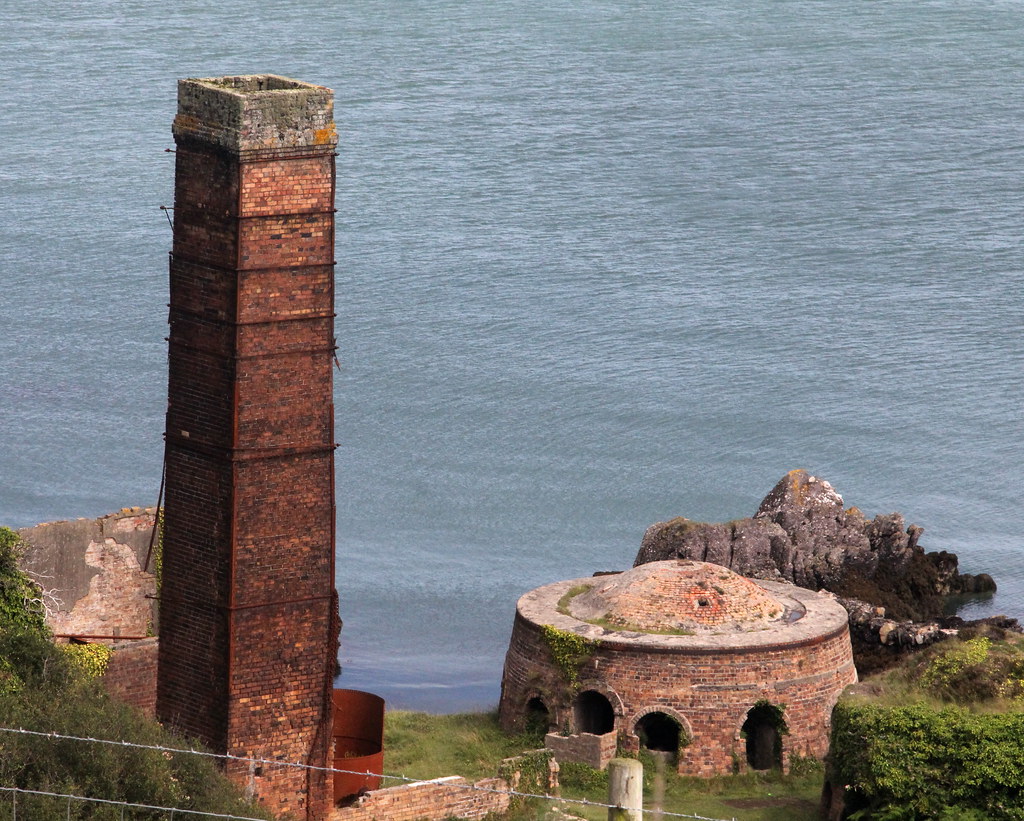 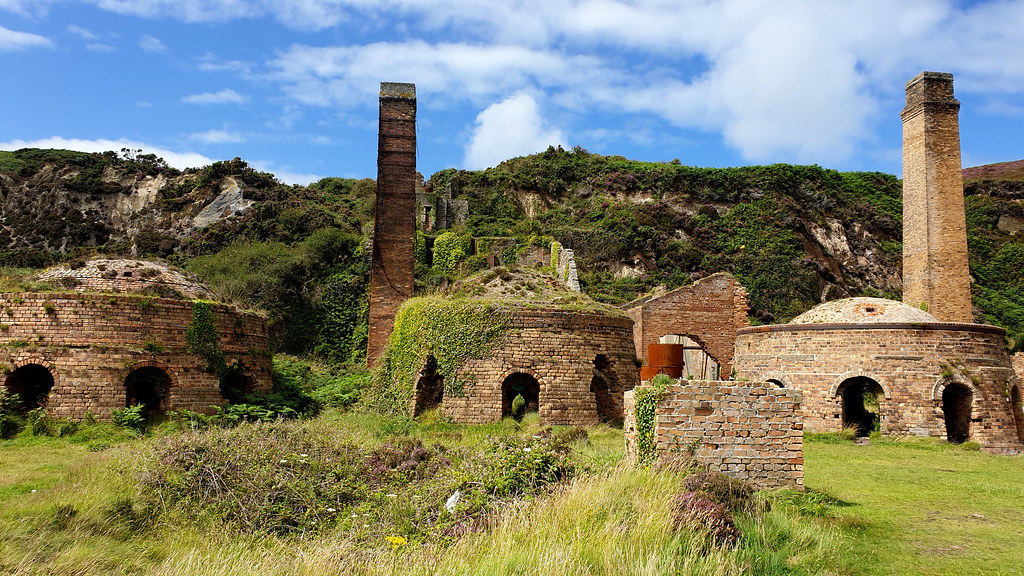 Regular User
What a fantastic explore. Like the old reference photo. But the remains, wow, they are just everywhere. All those buildings half in the hillside are great. Lovely views across the water. The kiln shot & build is quite special. The overview shot is my favourite

Regular User
Great report and photos ... it is a very scenic explore

28DL Full Member
I used to enjoy a quite swim from there, but these days you find everybody & his uncle mooching around...

Calamity Jane said:
What a fantastic explore. Like the old reference photo. But the remains, wow, they are just everywhere. All those buildings half in the hillside are great. Lovely views across the water. The kiln shot & build is quite special. The overview shot is my favourite

Jane Doe said:
Great report and photos ... it is a very scenic explore
Click to expand...

Cheers both. Much appreciated!


mw0sec said:
I used to enjoy a quite swim from there, but these days you find everybody & his uncle mooching around...
Click to expand...

There were a few walkers having a shufty, for sure.

28DL Full Member
Forgot to congratulate you on the piccies - nice work.

mw0sec said:
Forgot to congratulate you on the piccies - nice work.
Click to expand...

28DL Full Member
Loving this history! The archive shot really helps put the spot into perspective too. Also god damn, that is a really picturesque location! Didn't seem like there's much graffiti either?
Instagram
Spotify
​

Regular User
Lovely looking place that, I could chill there all day