Regular User
For those lucky enough to have experienced Pyestock in its entirely before its demolition, I am unbelievably jealous. For me, I was two years too late and missed it completely.
However as some of you know, there is one bit of Pyestock that still remains, the Anechoic Noise testing Chamber. It's only a small bite of the Pyestock Pie, but I'm glad to have experienced even just a little part of it.

Pyestock in Brief:
The National Gas Turbine Establishment (AKA Pyestock) was a massive industrial complex and the prime site in the UK for design and development of gas turbine and jet engines. Construction starting in 1949 and the site grew as the years rolled on.
It housed the development of such engineering feats as the Conchord Engine, the Harrier and the Tornado.

The Noise Chamber
The Anechoic noise chamber was built as a way of practically testing jet engines to aid reduction in noise, as there was an increased demand for quieter aircraft.
The massive test chamber allowed for real life testing, where computer simulations where just not a viable way of modeling turbine noise.

QinetiQ made a short video in 2015 about the facility and how it is used. They claim that real testing is always going to be required, so the facility will continue to be used. So much for that...


I believe that that the site has been mothballed, rather than completely abandoned, but the future for the the noise chamber is uncertain.
With plans to build houses on the Pyestock land, I would say that it's not realistically be viable to have one of Europe's largest jet engine noise testing Facility right next to a huge housing estate.
I can just Imagine the noise complaints now!

I remember reading AndyK's report on the place the first time in awe. Such an amazing looking place, the very last piece of Pyestock. A few months later when the opportunity to actually go visit myself came up, I jumped at the chance.
Thanks to the help of Prettyvacant and Brewtal we found our way inside with no drama.

It's a strange place, surreal even, I've certainly never been anywhere like it before. The large triangular foam wedges line all of the walls and ceiling and remove absolutely all echo.
It's like being in an enormous sound recording studio, but quieter. The only noise to be heard was the buzz of the large monochromatic Sodium Lights. It was almost a relief to be honest, something for my ears to focus on, otherwise the dead silence would have driven us all mad.
The layout was a bit bizarre, with access to different rooms through different external doors outside. This meant that some parts weren't accessible, including the main control room.

We spent a good number or hours here, its a pretty big place and its the kind of place you want to take your time to get good photos. The main Anechoic chamber is 10,000 cubic meter and 26 meters high, so truly gigantic.

Going through the enormous exhaust duct, you have access to the lower floors which have even more bizarre sound properties.
This lower room is the exhaust silencing structure and has tall baffles that absorb the sound passing through them at various frequencies. Trying to talk to someone through them only a couple meters apart sounded like talking through a long pipe and a low pass filter, sounded distant and quiet. It's really quite an intriguing effect, but hard to describe without experiencing it yourself.
Inside this room was also the remains of a fixed microphone post, one of the many locations where the noise would have been monitored from.

The thing that struck me the most was the amount of Engineering, science and research that was put into the design and structure of the facility. I got the sense that everything inside was designed a very specific way, each for a very specific reason with many hours of thought going into each decision. Even down to very small and detailed aspects. 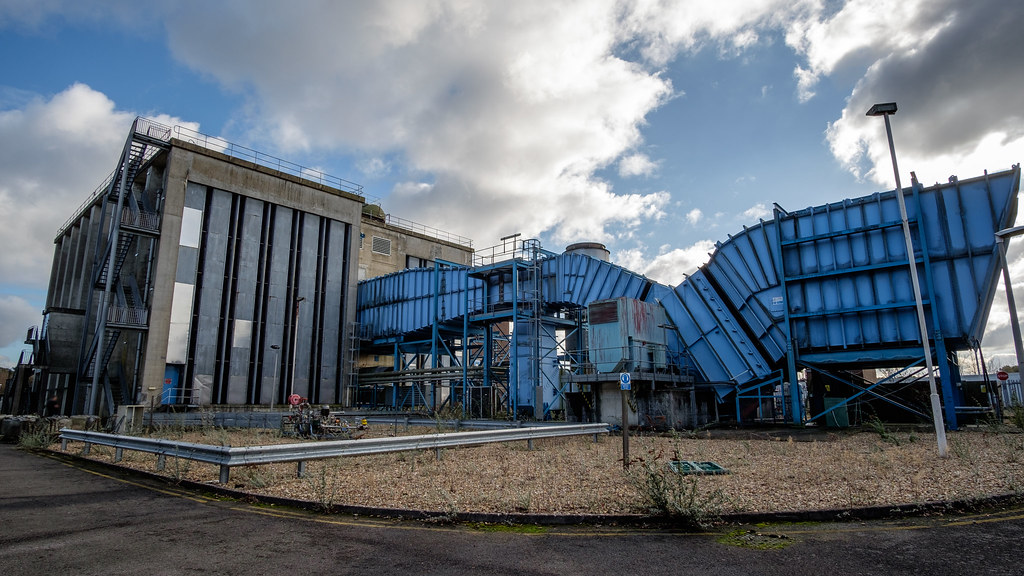 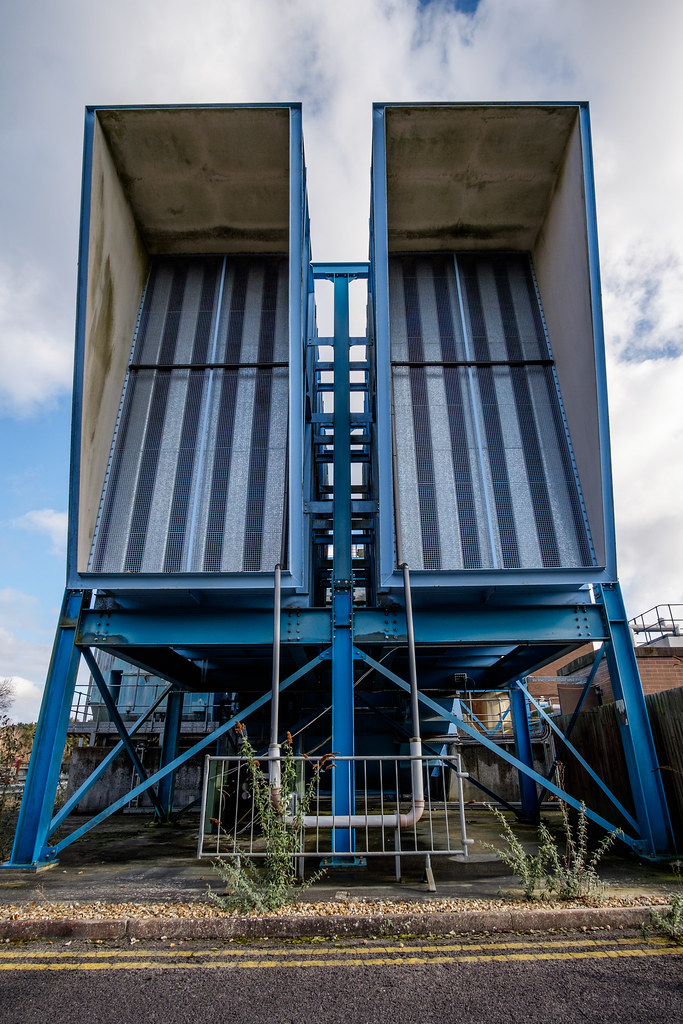 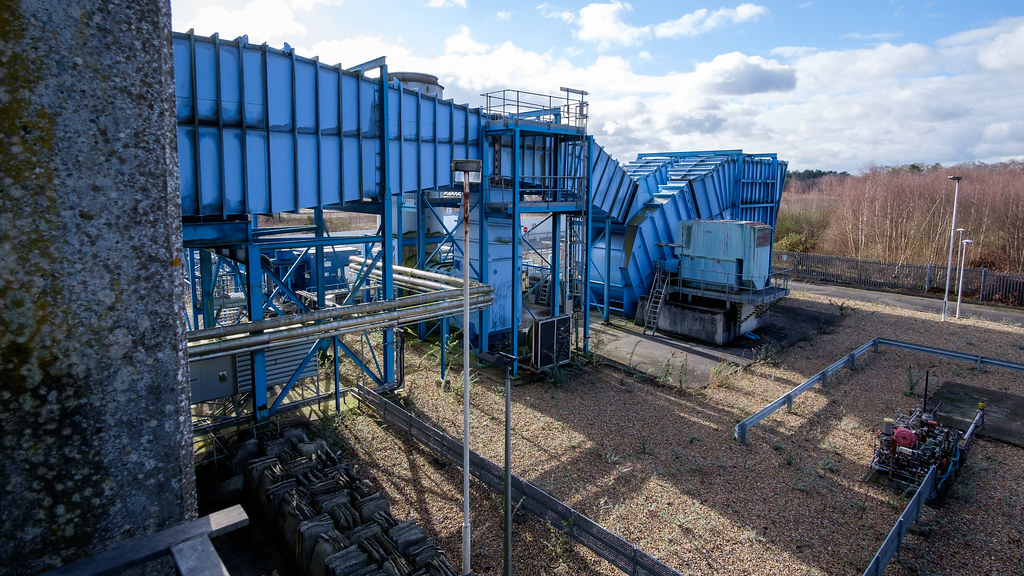 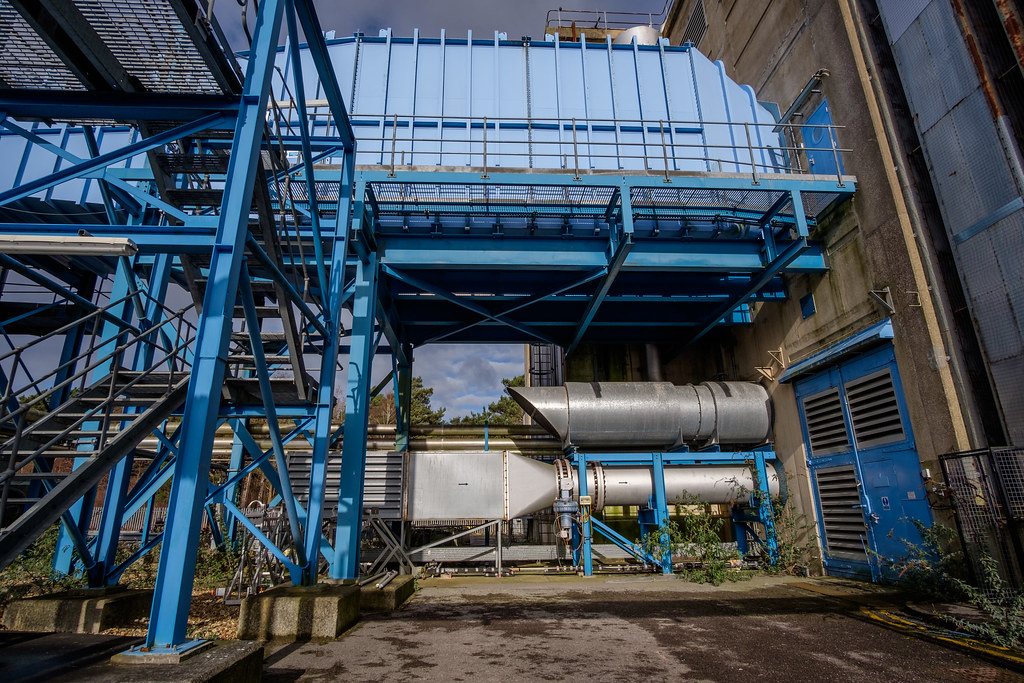 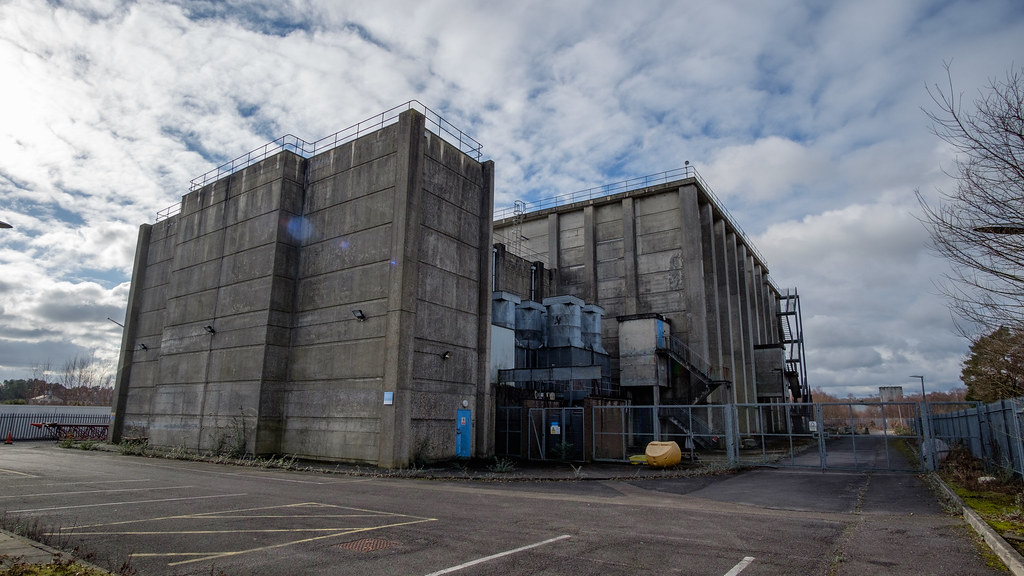 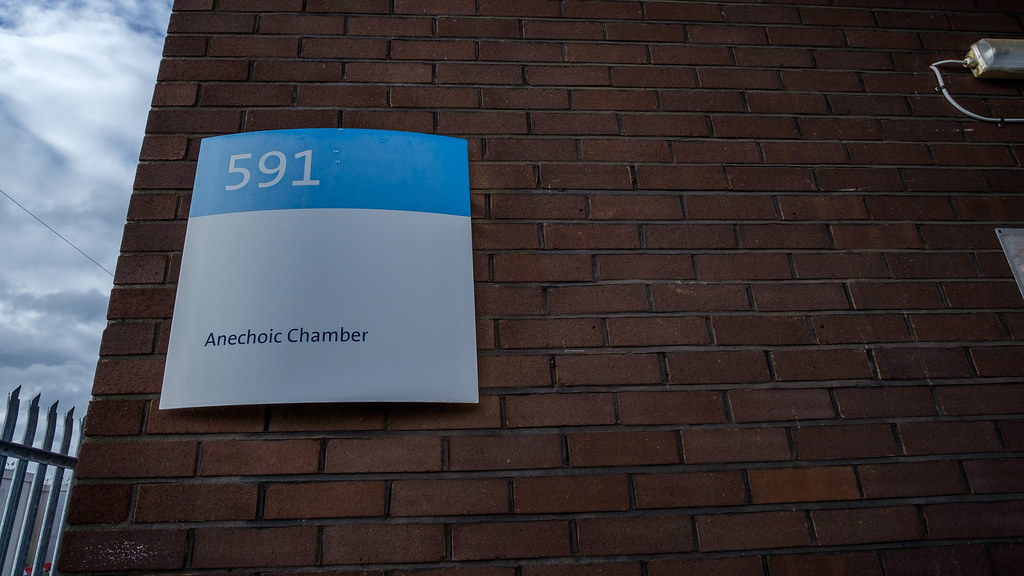 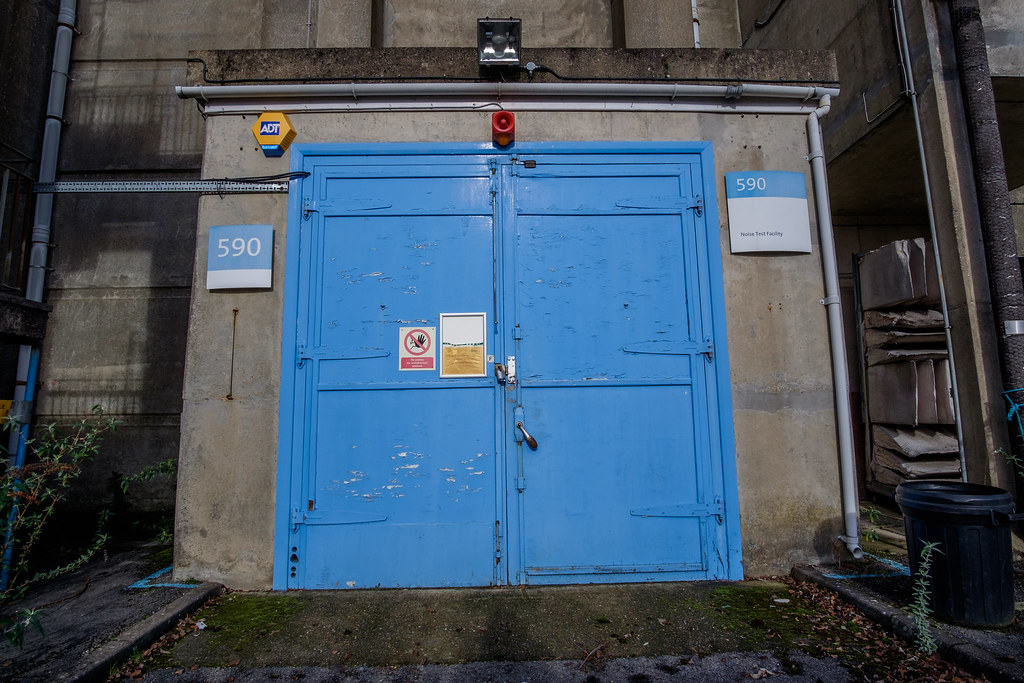 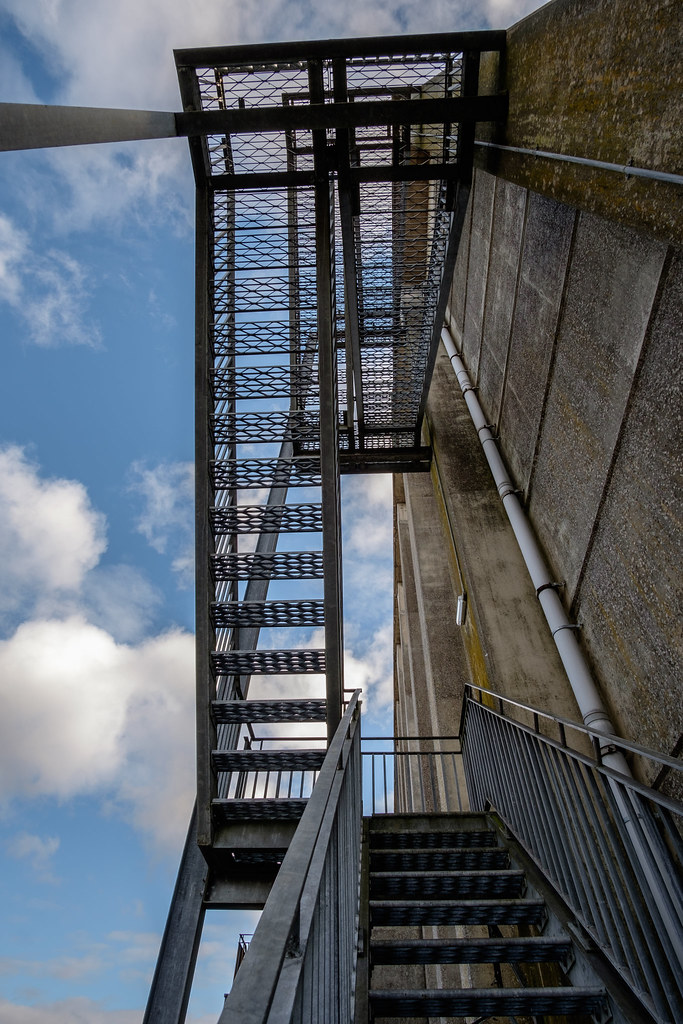 The Internals
The main chamber 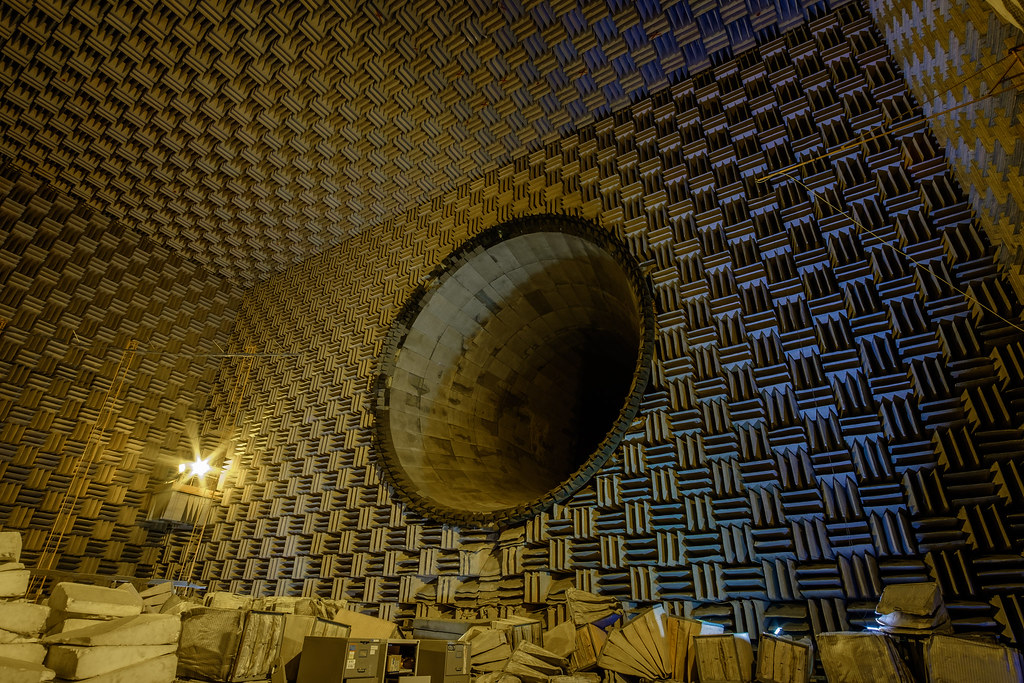 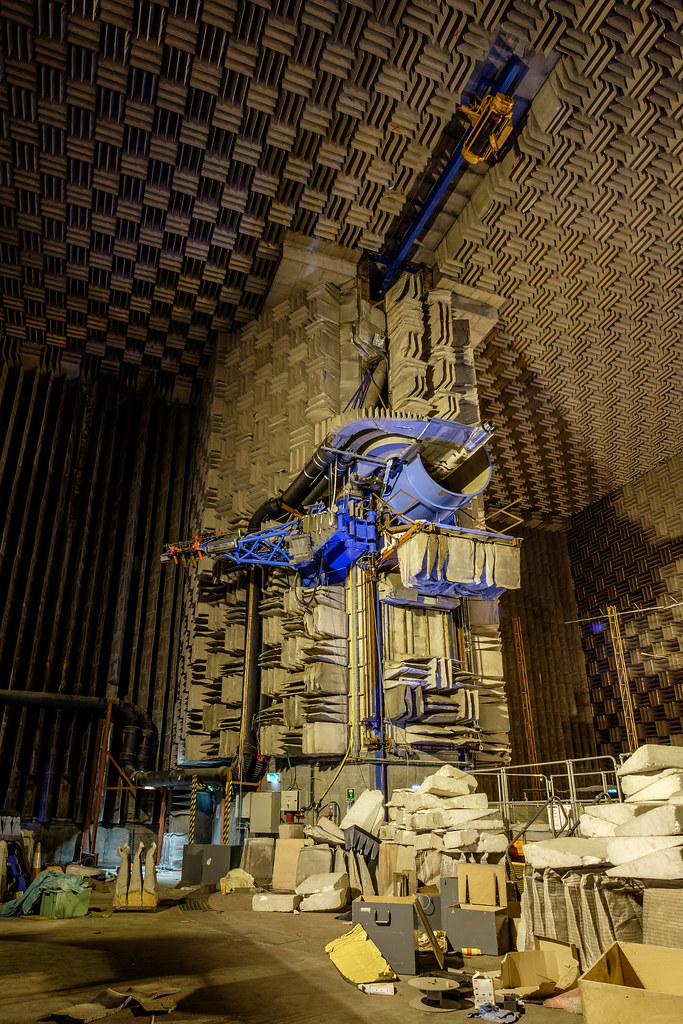 The Monocrhomatic Low Pressure Sodium lights tinted everything yellow, which did wonders to confuse my camera's white balance. 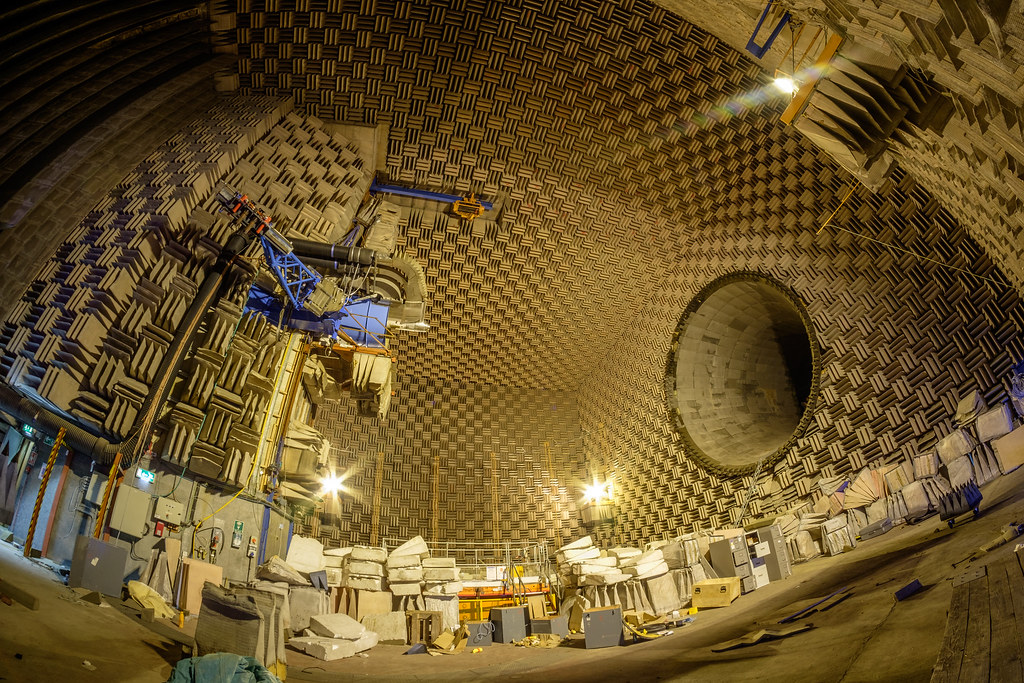 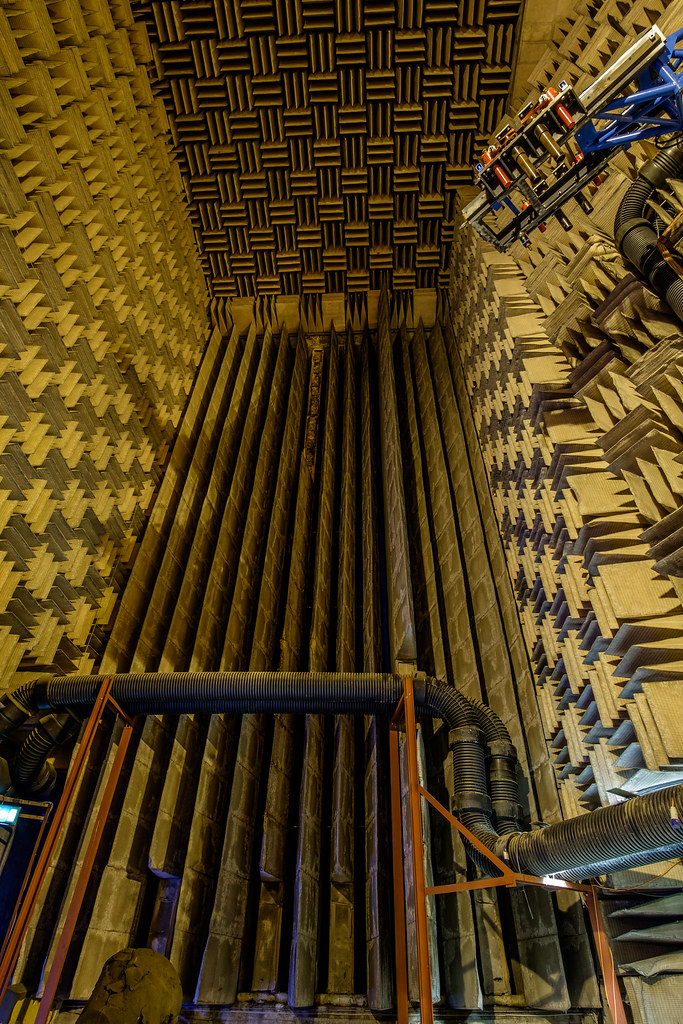 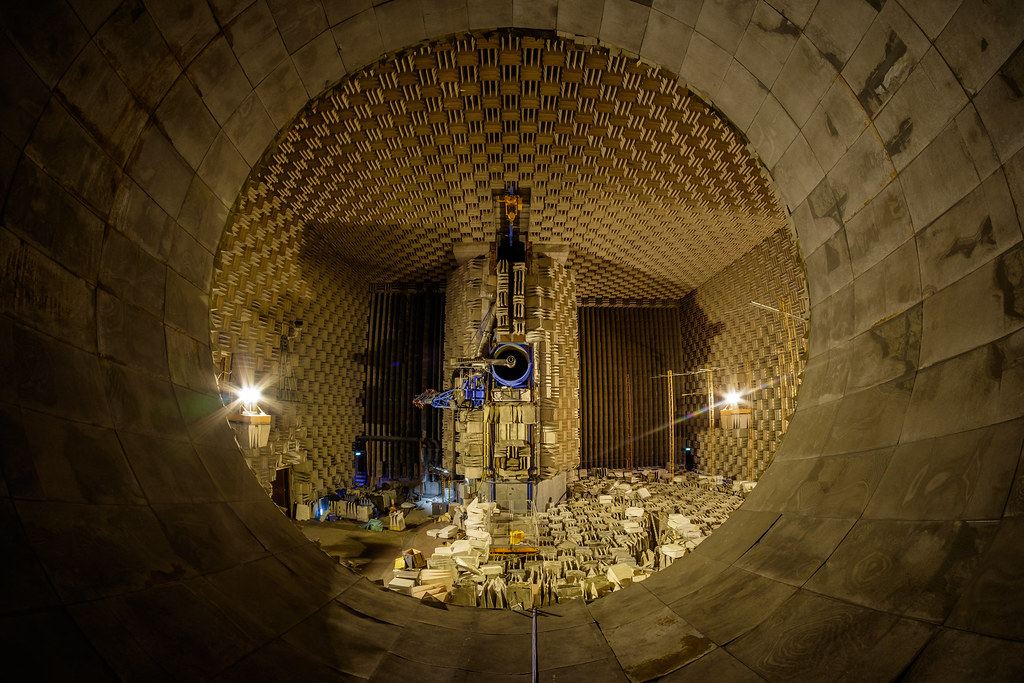 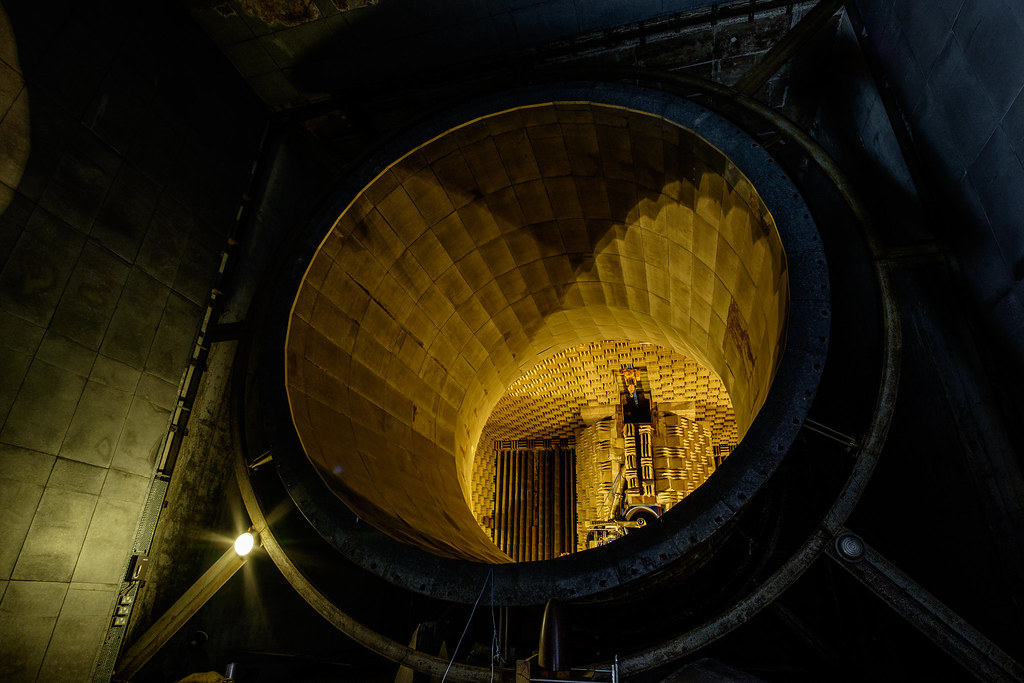 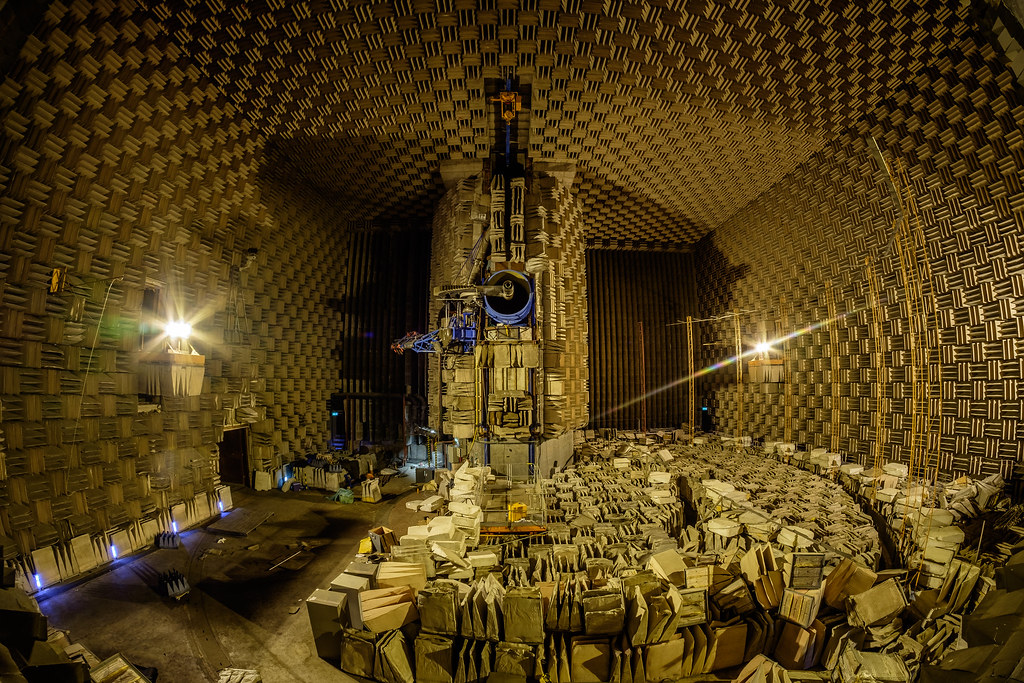 Here's one with the lights off, lit up using a torch. This shows the real colour of the chamber. 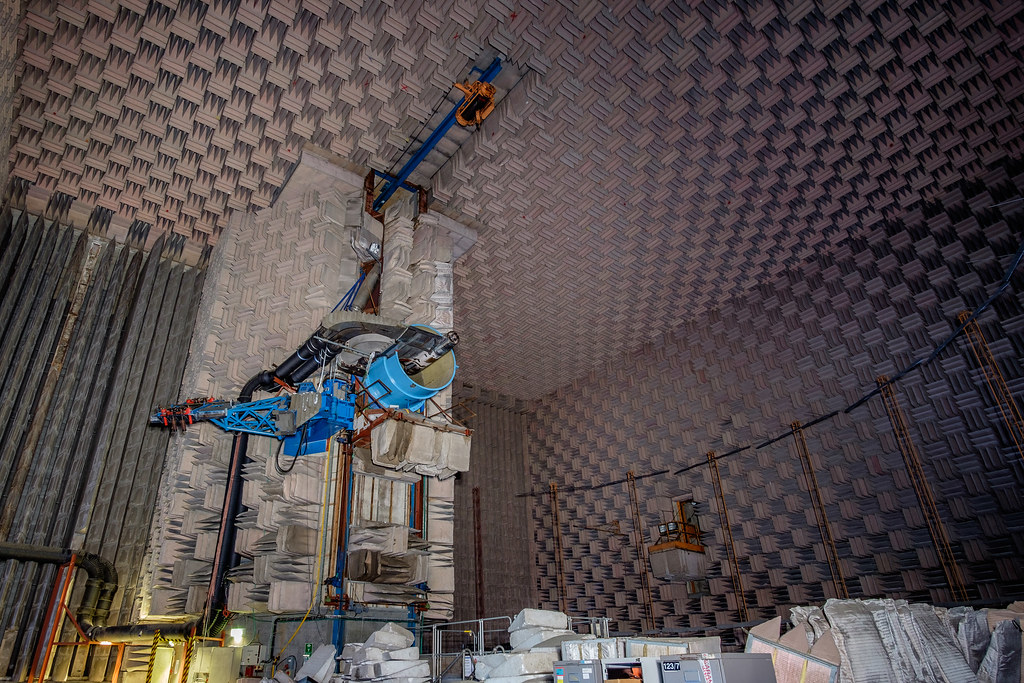 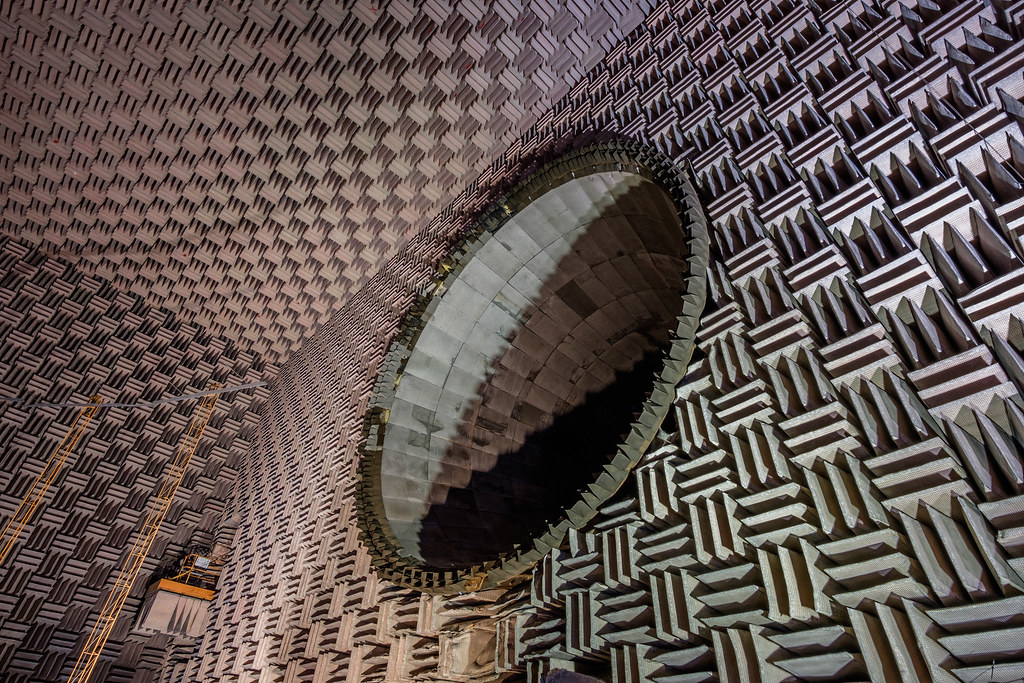 The triangular Baffles close up 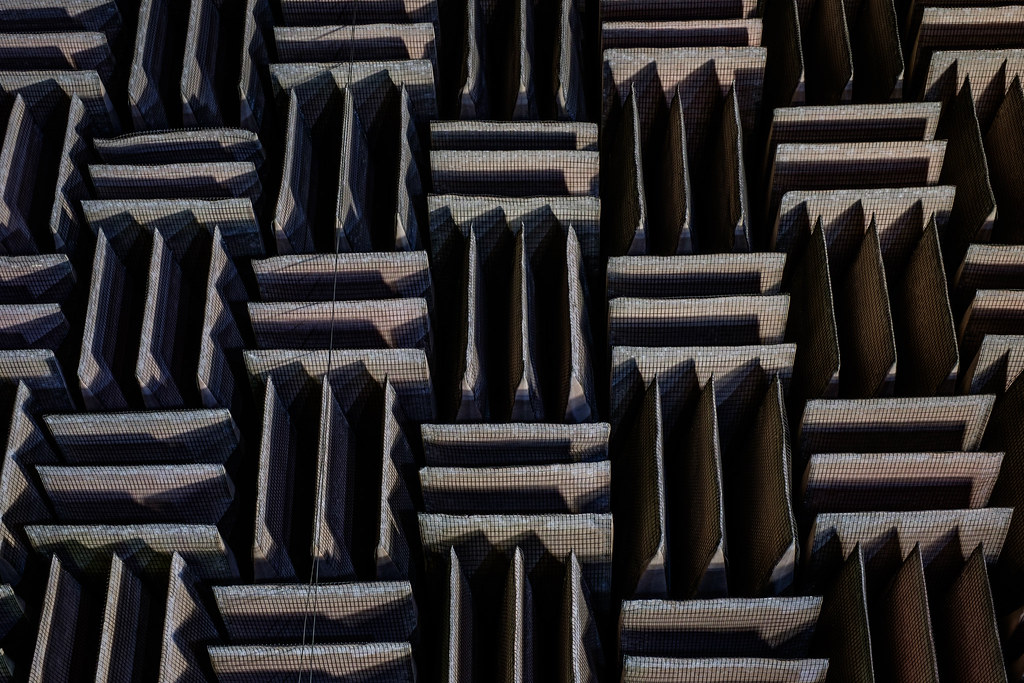 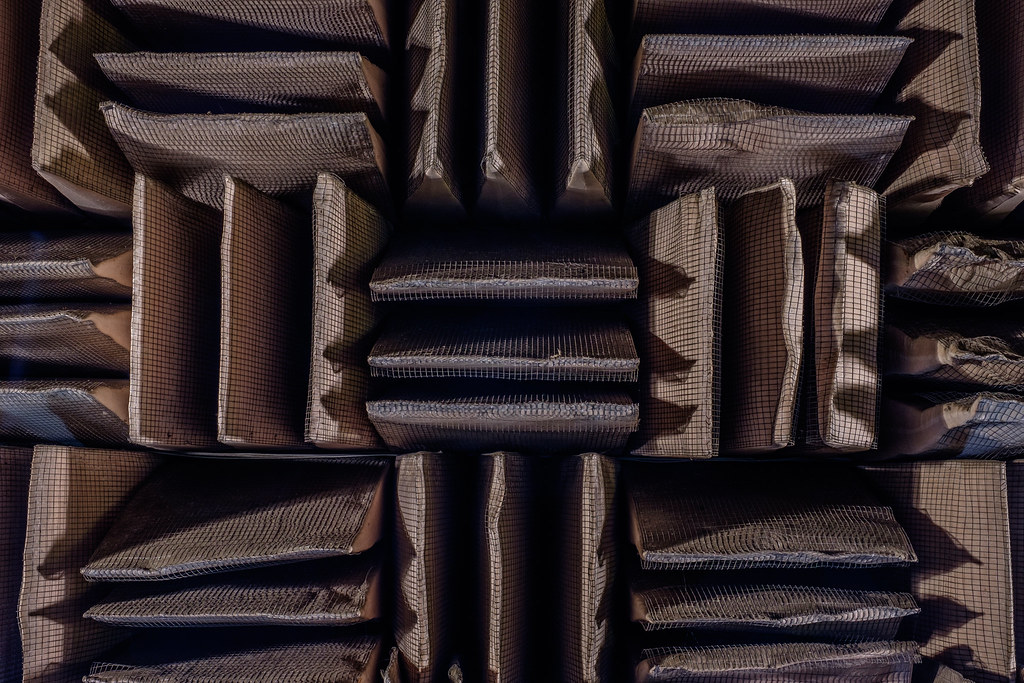 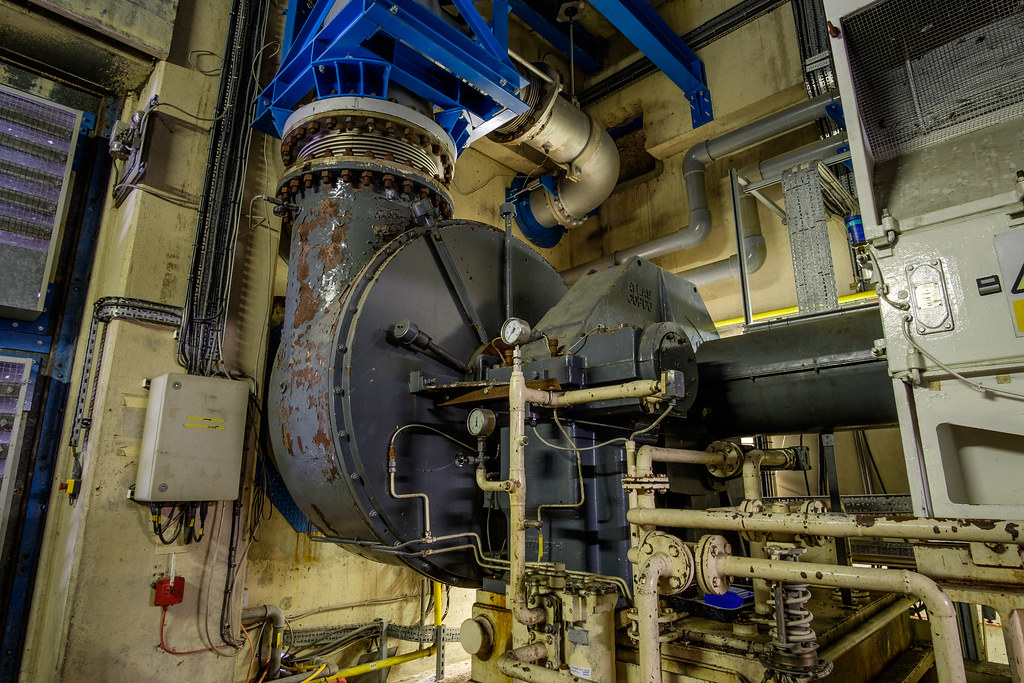 The lower chamber and silencing baffles 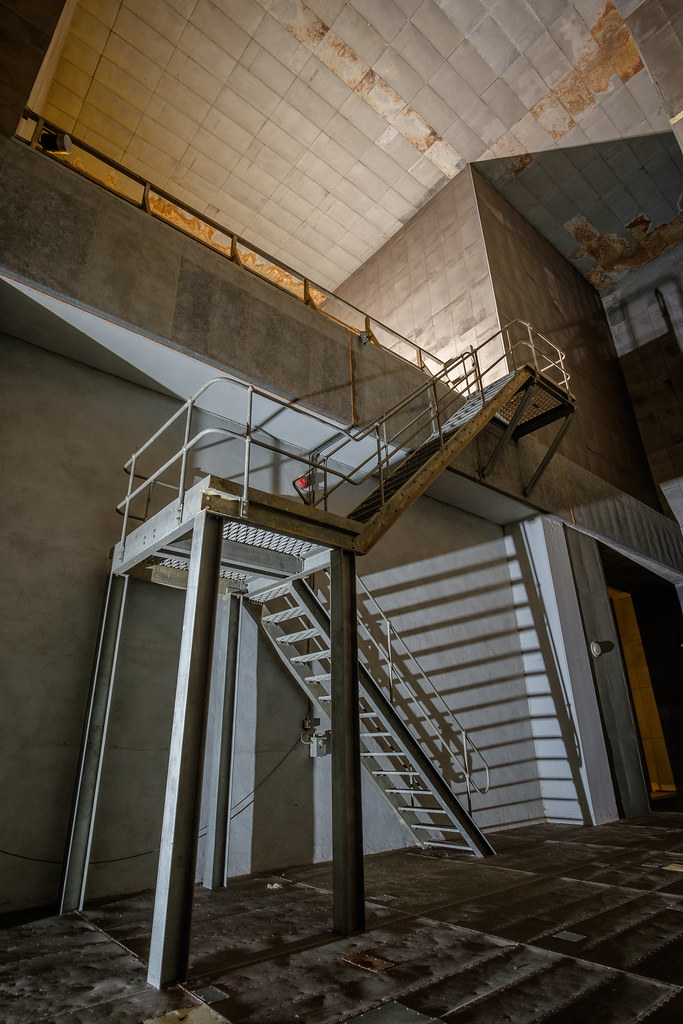 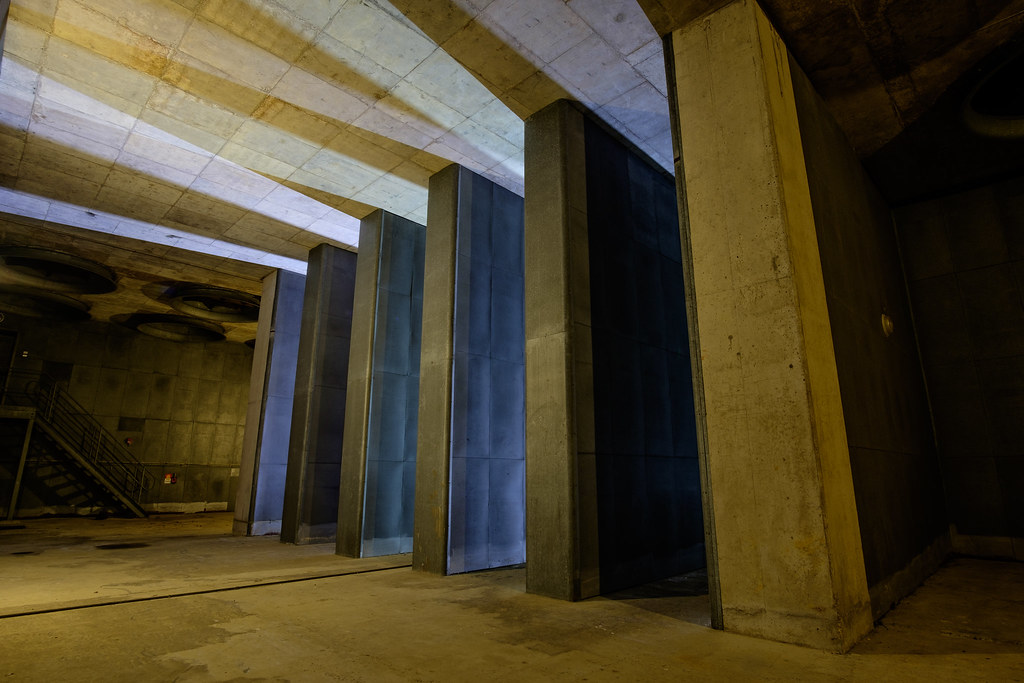 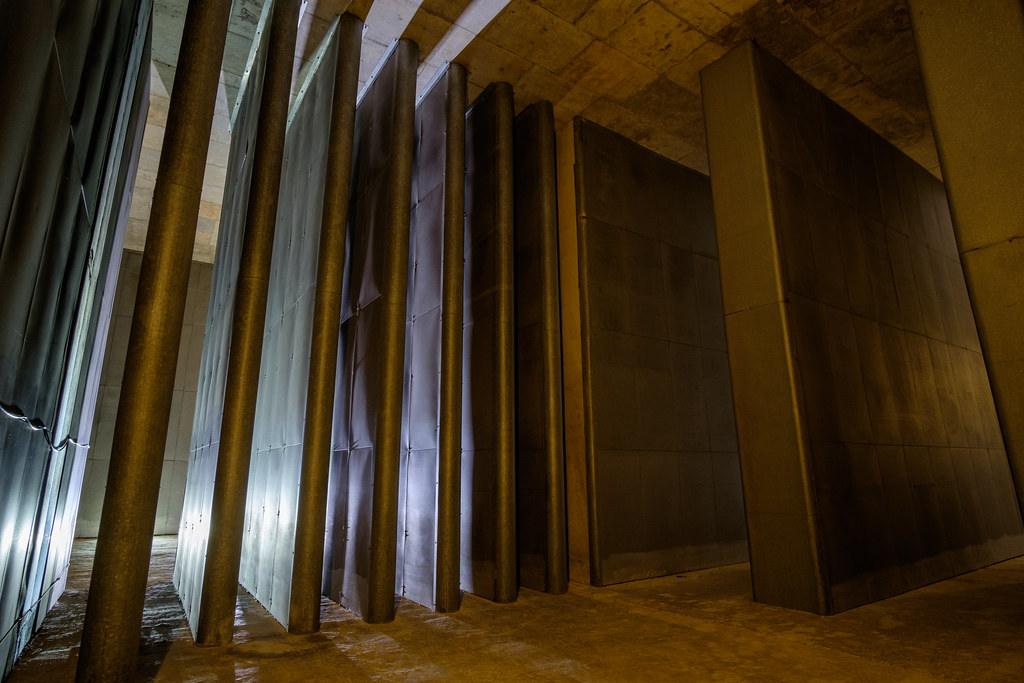 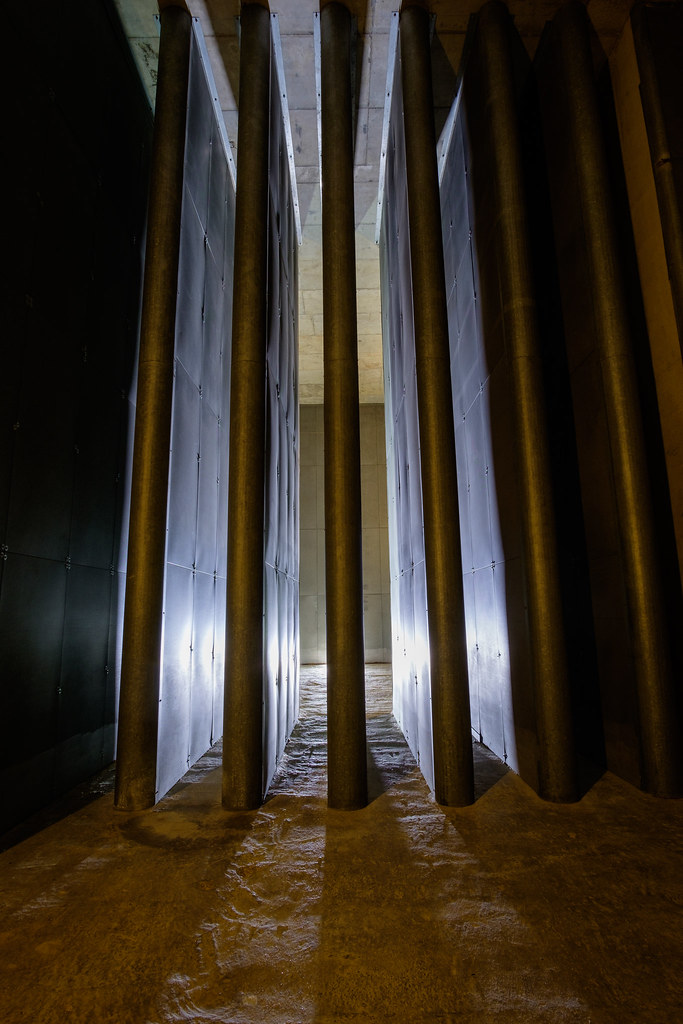 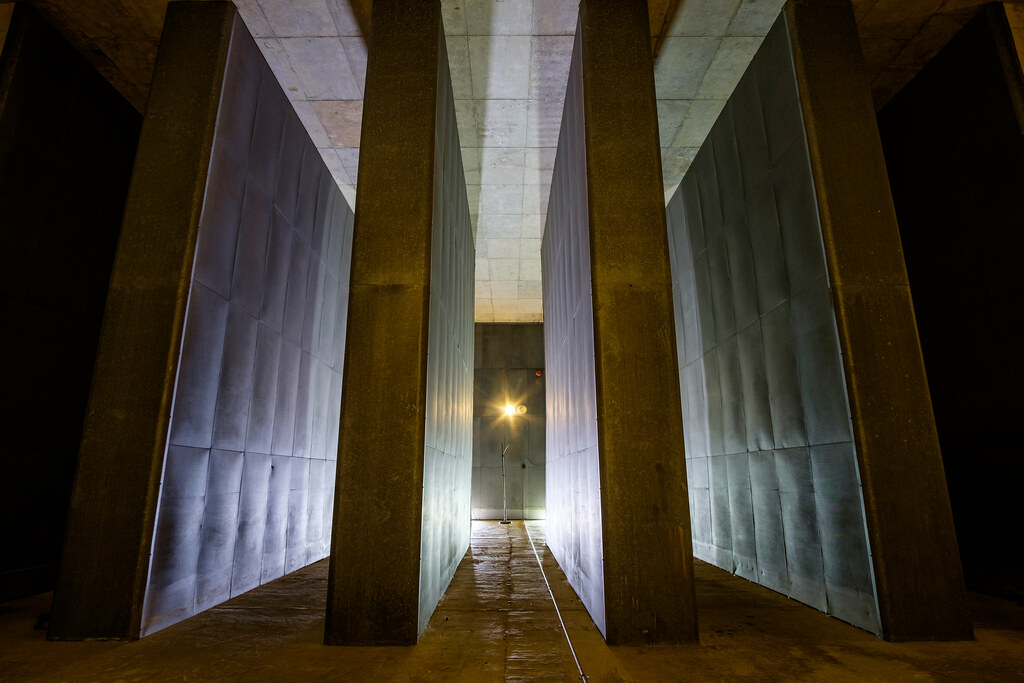 These ceiling ports would have extracted the exhaust from the turbines. 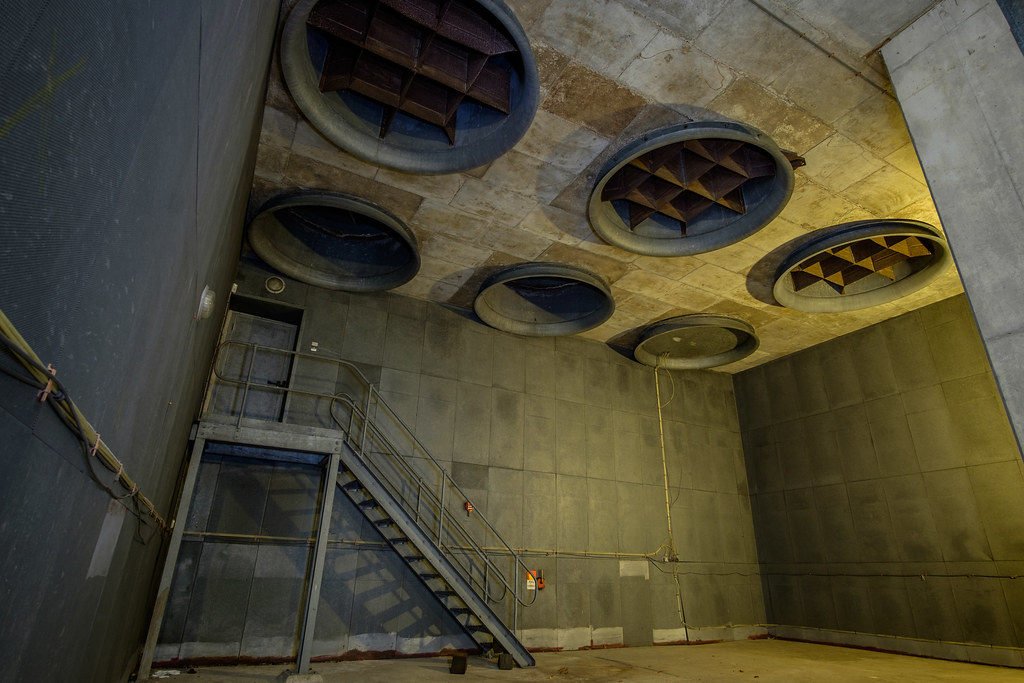 28DL Full Member
Wow.... well done guys.... like yourself I totally missed out on the Big Pye but this is awesome, great report and pics

Regular User
I really need to do this, it looks pretty unique! Nice pictures!