28DL Full Member
Quaker Oats Factory:
This what-seems-to-be-decrepit factory out on the western region of London has a lot more to offer than I initially believed.
The main food made in this establishment was Sugar Puffs; and indeed you can see the omniscient Honey Monster on the highest part of the building looking over the vast stretch of urban sprawl beneath it.
Quaker Oats itself was founded in 1877 but this building itself was built in 1939 and it continued production all the way through to March 2015 when it officially shut it doors (or shutters in this case).

The Explore:
The security were characteristically lousy and didn't pay any attention to us at all, although at one point a car did pull up right by our entry point and I did for a while believe we'd been sealed in; though to my elation we were absolutely fine in the end.
I've been here twice and so the photos are from both trips, but to be honest very little changed at all. As always, the lights are all on which leads me to believe that during the week there is some sort of maintenance work going on inside, though I can't confirm either way.

The main mechanical features we did first where the boxes would have been sealed and then bundled together before being sealed in a shrink wrap. 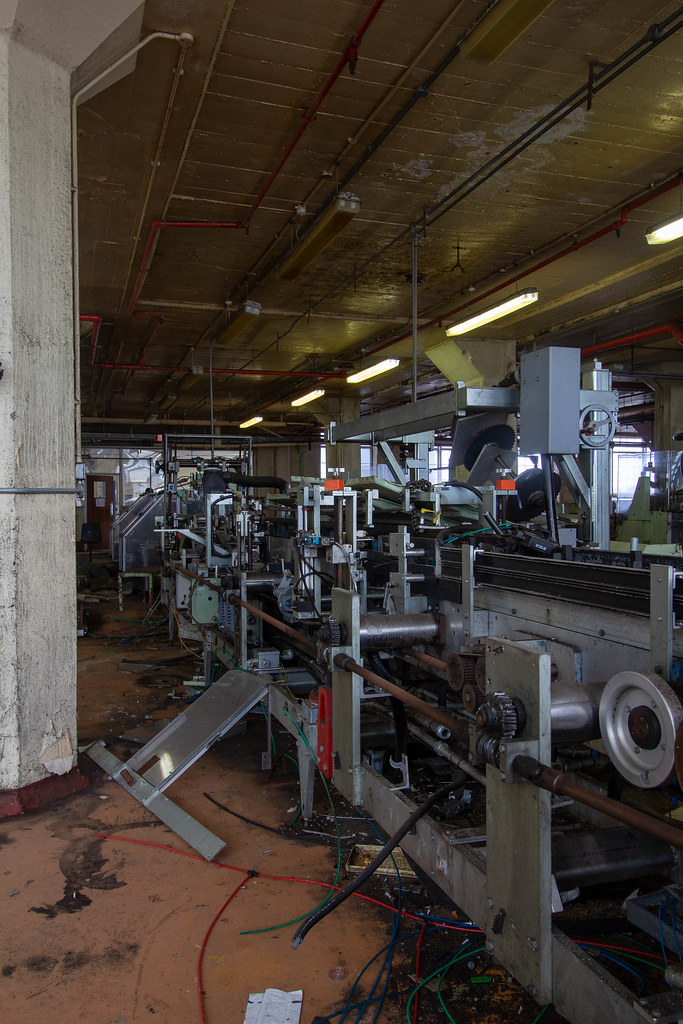 Here's where the boxes went into the machine, pre filled with sugar puffs which have since been devoured by the rat population that inhabits the facility rather more than you'd expect... 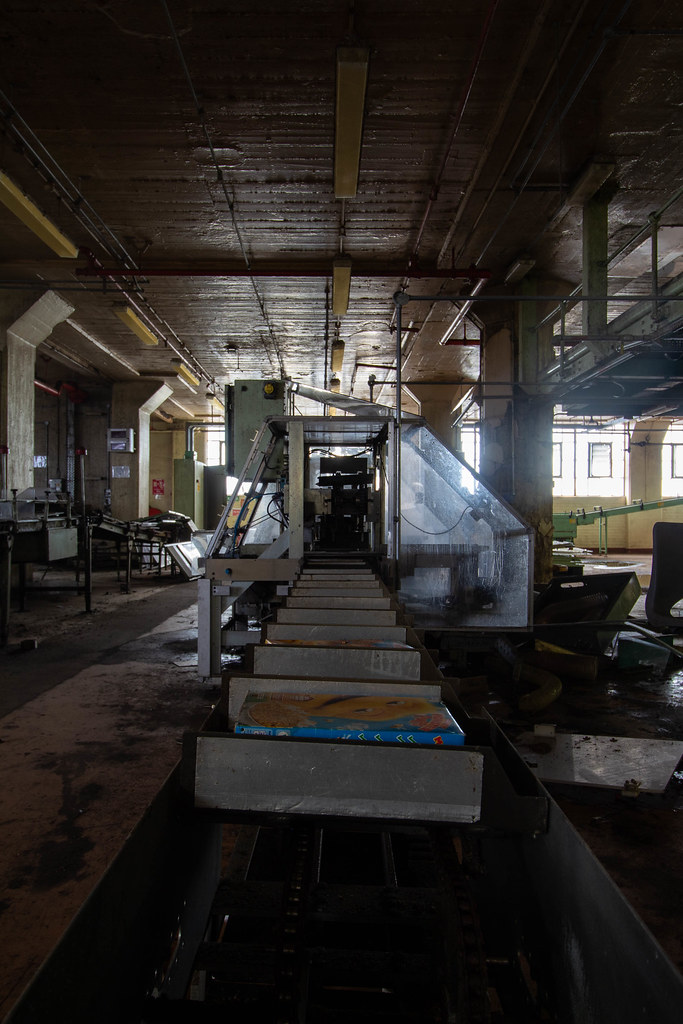 This is the machine that transported the boxes along the route to the shrink wrap machine; and you can in fact see some of the shrink wrap still around the assembly line at the back. 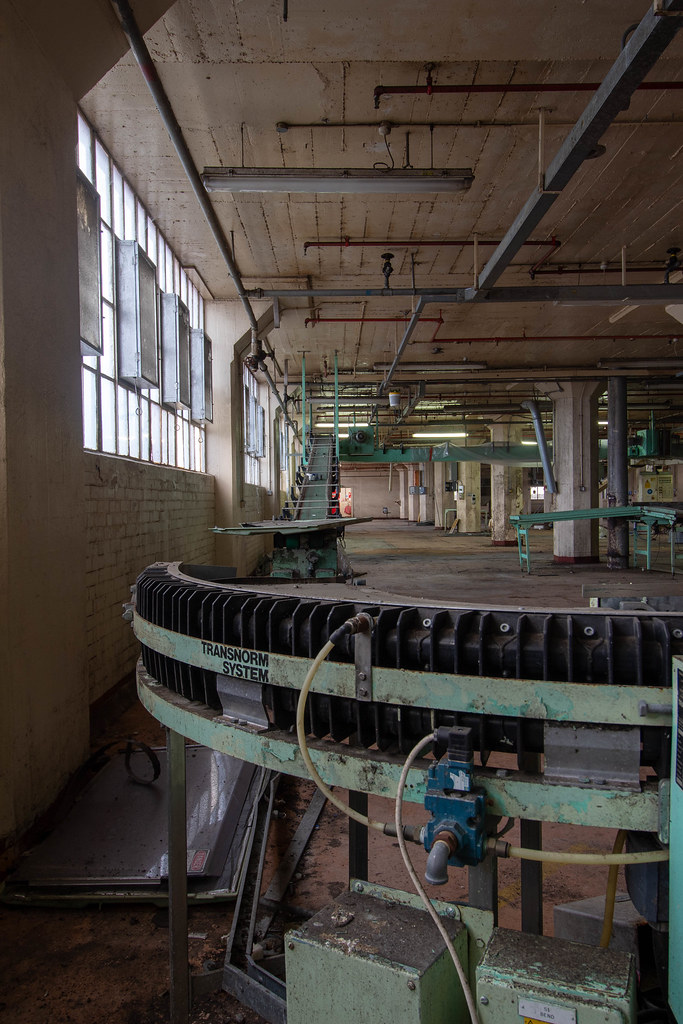 This room here was a control room for a rather barren assembly floor which was probably one of my favourite rooms in the whole site because of the documents left from the company and notes from workers dotted around. 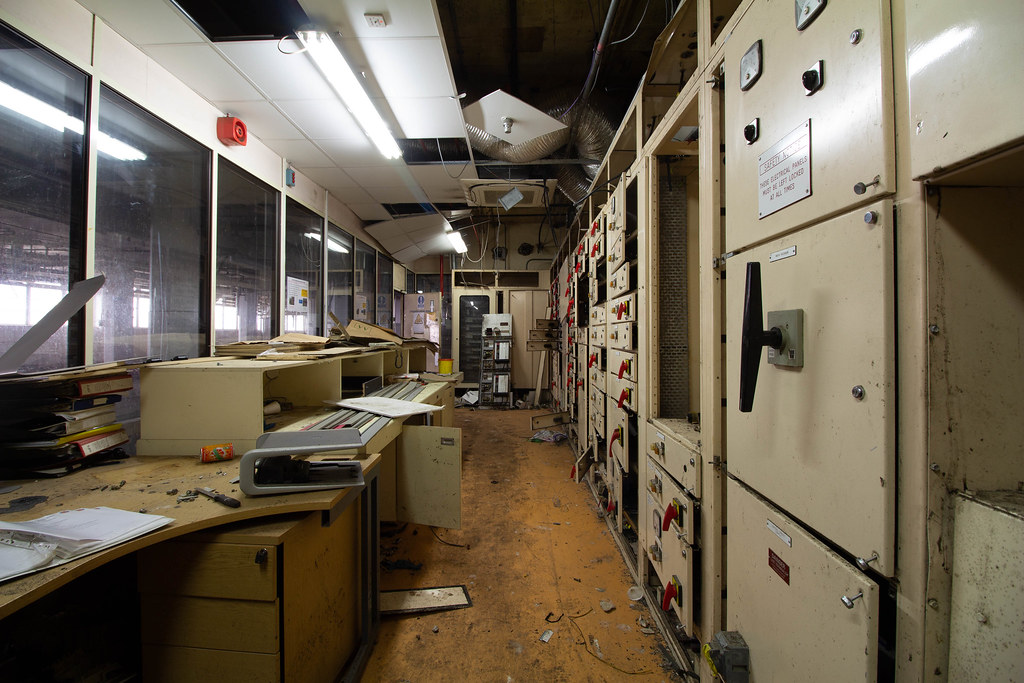 Though this is definitely one of my worse photos from the site, I did like this floor with all the industrial pipes and such, despite the awfully pungent smell of bird excrement... 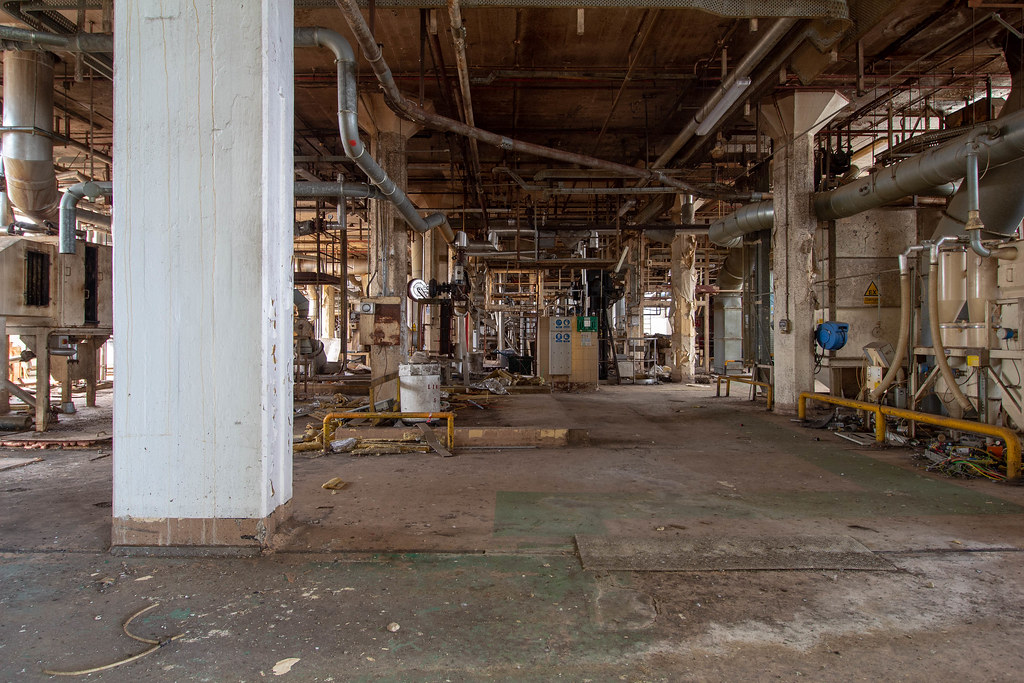 This is the long, empty factory floor I referred to earlier which still isn't that bad as far as factories go, with peeling paint and still a lot of pipe work on the ceiling left. 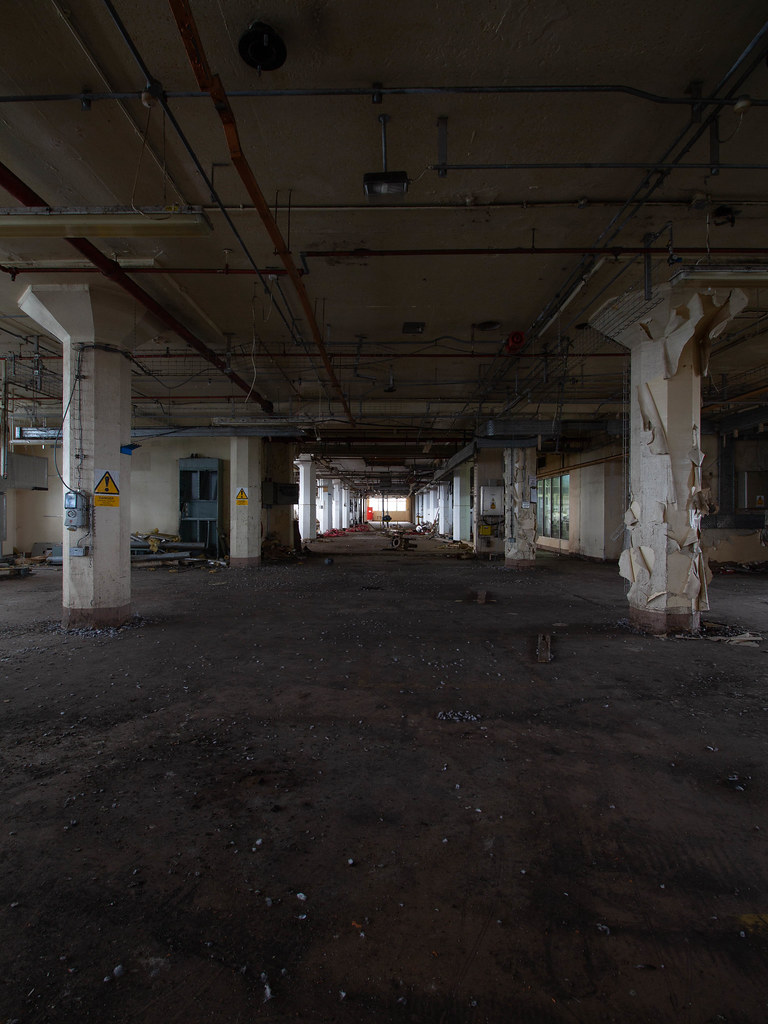 Onto my favourite part of the whole building: The Canteen. It's just something about abandoned canteens that really tickles my fancy, accompanied by all the lights on but with some debris scattered elequently around the floor and tables that gives it that abandoned-feel. Anyway: there was nothing of note in the kitchen apart from an industrial cleaner in the pitch dark that wouldn't have been worth the shot anyway; there was a nice supply of Sugar Puffs though which I did try with acquiesce after being pressured into it and regretting it immediately after 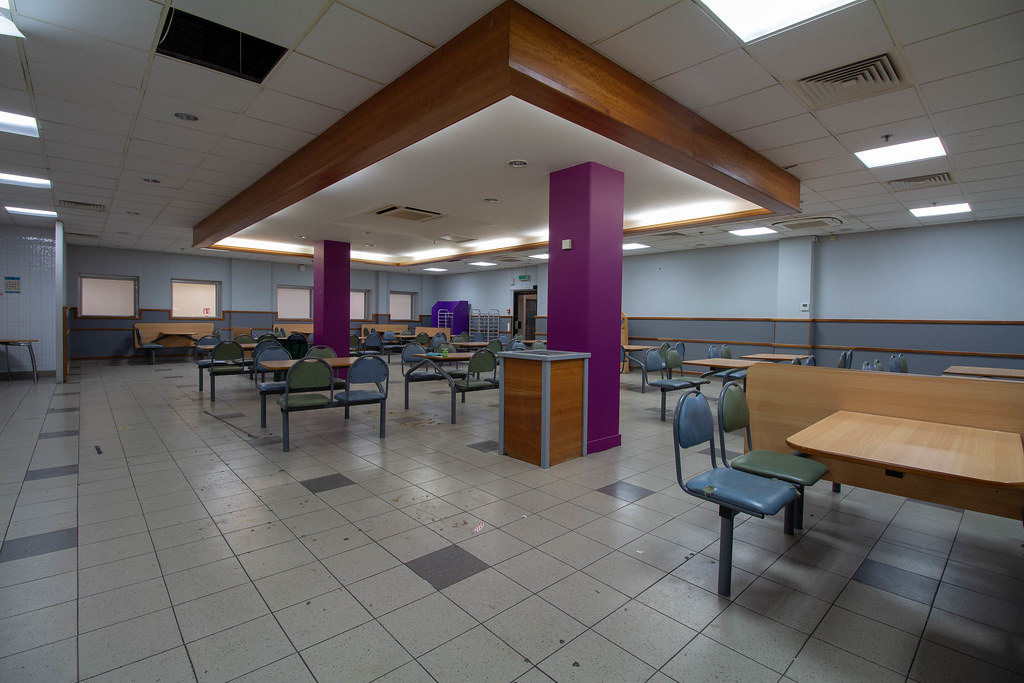 A nice token to remind everyone that the canteen is in fact shut.
You can see behind the serving hatches and where the canteen feeds onto the rest of the kitchen on the left. 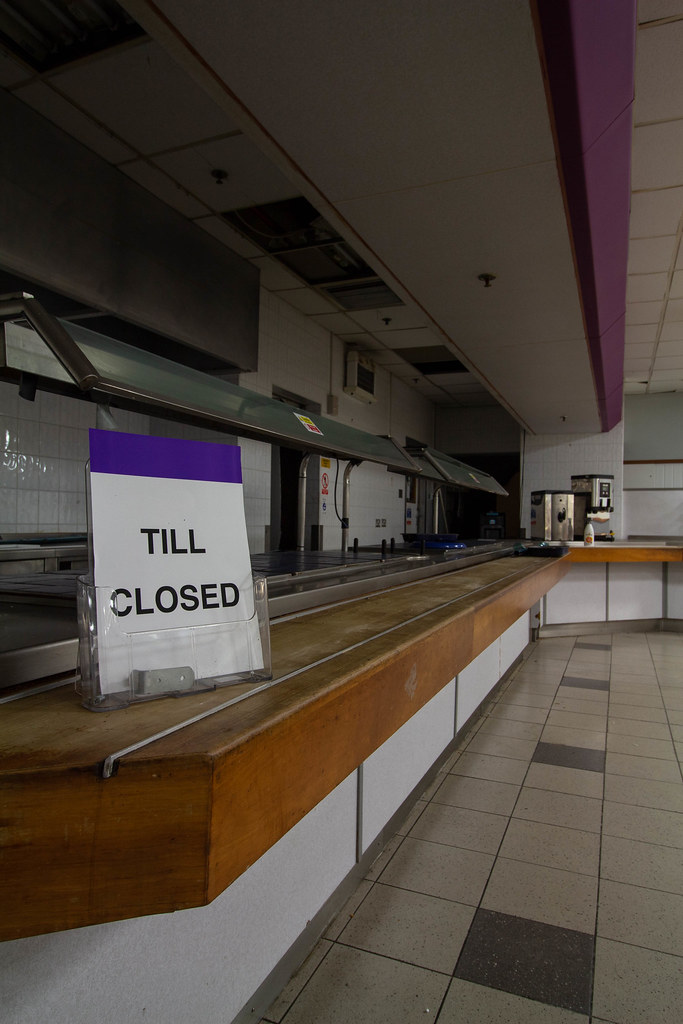 This room is horrendously asymmetrical which does tempt feelings of emotional decline, but aside from that, the table itself was home to a whole array of leaflets and the like for the Sugar Puffs and other Quaker Oats owned brands, along with the room behind having a full size adult Sugar Puff costume and massive placards for the brand. 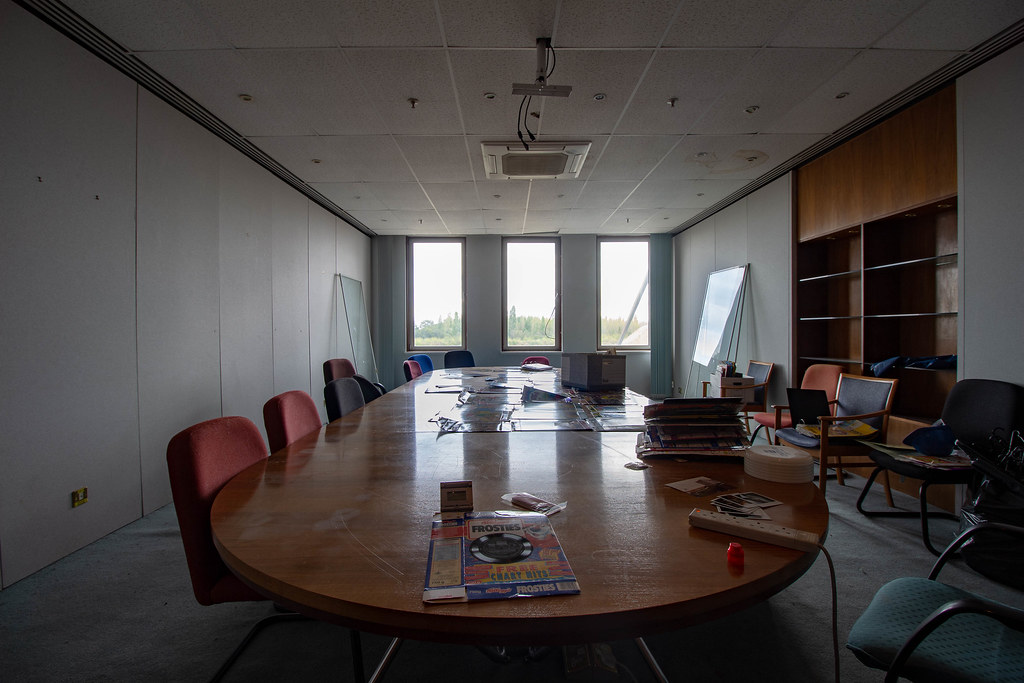 Of course I couldn't go without a display of the amazing view from the roof of the building. Though there may be a rather conspicuous figure obfuscating part of the view, I hope it gives a good idea of the height of this structure alongside the view it gives off, because you can actually see the Shard and Welmbley Stadium from the roof of this place which really was amazing to see. 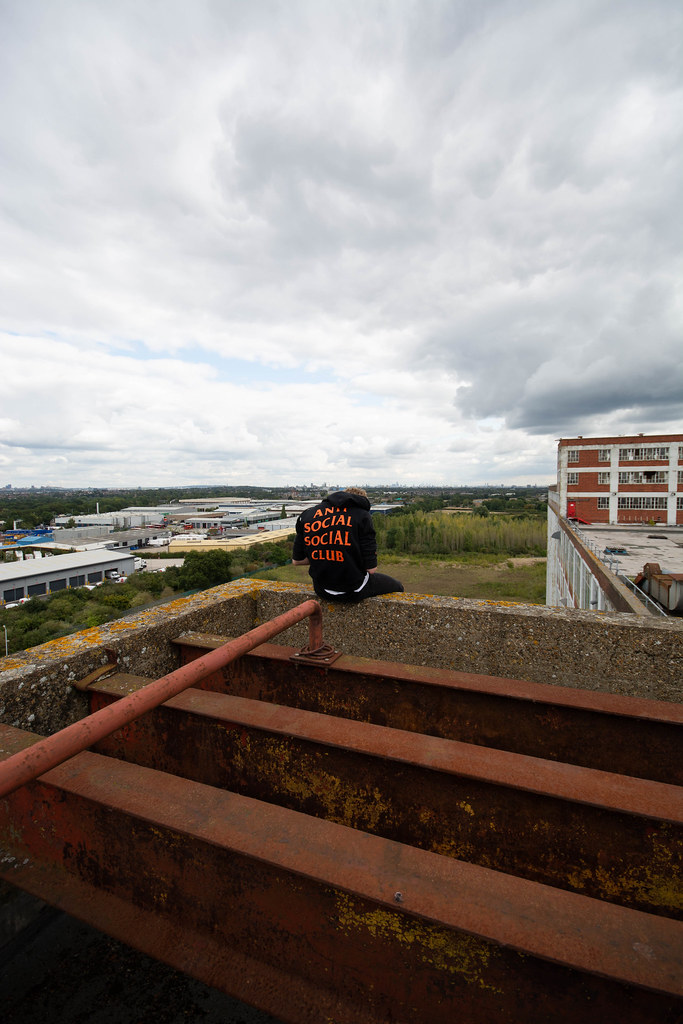 Thanks for getting this far, and hope you liked the report!
Anduentes fortuna iuvat

Regular User
Some nice shots there. It was better inside than I thought it was going to be. Good day out that was.

xplorer.x said:
Some nice shots there. It was better inside than I thought it was going to be. Good day out that was.
Click to expand...

Likewise man, thought it'd be awful but most floors had something of interest tbh
Anduentes fortuna iuvat

Regular User
Nice. I kept wondering if this was worth a proper look. Just about dated enough!
flickr

Speed said:
Nice. I kept wondering if this was worth a proper look. Just about dated enough!
Click to expand...

Definitly is man, got some nice decay as well as full power and an amazing view! Thanks dude :)
Anduentes fortuna iuvat

Regular User
Really nice report I can see this getting some attention. Best get their quick before security is beefed up.

Regular User
Nice report, after the first few lines of your write up, I was expecting a lot less. But this has mass appeal, good shots of the conveyor belt with sugar puffs on . I like industrial machines new and old. Some solid shots else where too. This will definitely get attention now !

28DL Full Member
are the film crew still there ?

matu1 said:
are the film crew still there ?
Click to expand...

Nope they left earlier this year.

host said:
Really nice report I can see this getting some attention. Best get their quick before security is beefed up.
Click to expand...

Cheers man yeah it's much nicer than I thought to be honest, it's security is pretty mediocre so if you're going to go I'd take the chance now!
Anduentes fortuna iuvat