28DL Full Member
History (abridged and rewritten from source material on wiki)
Nocton Hall is a historic Grade II listed country house. Amongst the prominent former residents was the 1st Earl of Ripon Frederick John Robinson, who was briefly Prime Minister of the United Kingdom between August 1827 and January 1828. Nocton Manor (as it was then known) was visited by Henry VIII and Catherine Howard in 1541 during the King’s northern progress.

The original building dated back to c. 1530, but there were two significant reconstructions in the late 17th century (becoming Nocton Old Hall), and after that was destroyed by fire in 1834 the current building (Nocton Hall) was constructed by the 1st Earl of Ripon in 1841. 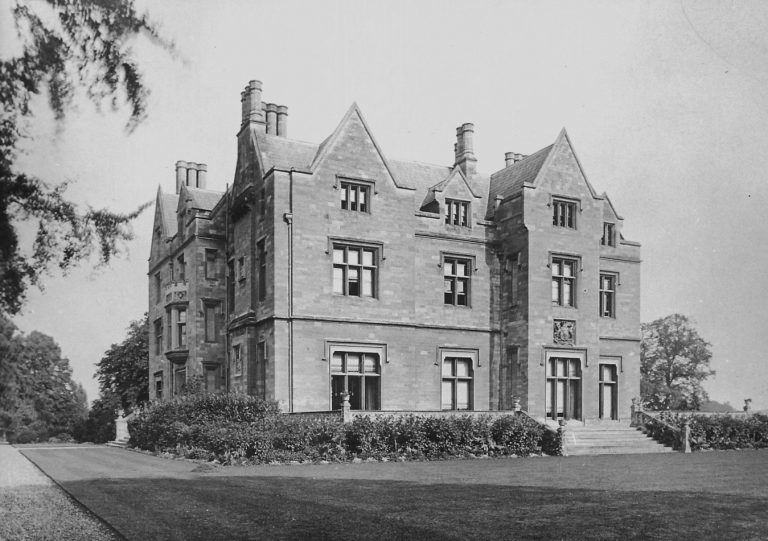 During the First World War the house was used as a convalescence home for wounded American Officers. In the Second World War the Americans again used the house as a military hospital, after which it was taken over by the RAF and an extensive hospital developed in the grounds. It reverted to private use in the 1980s. In 2004 there was a major fire (believed to be arson) which left the building in a derelict state.

In October 2009 Nocton Hall was included in the Victorian Society’s list of the top ten endangered buildings in England and Wales. As the Hall is Grade II listed and retains its major structural integrity the Society argued there was still a viable future for the building. However, almost a decade on its future grows ever bleaker.
RAF Hospital Nocton Hall was a 740-bed RAF hospital, partly situated in the grounds of Nocton Hall. It opened in June 1947 and served personnel based at the large number of RAF Stations in the area, together with their families and local civilians, until its closure on 31 March 1983.
Nocton Hall was used as the officers’ mess. The main part of the hospital consisted of long corridors with wooden hut wards and departments branching off them. The hospital was on a slight slope, so the corridors were not level.

In 1984 the hosptial was leased to the United States Air Force (USAF) for use as a wartime contingency hospital. During the Gulf War over 1,300 US medical staff were sent to the Hall, although ultimately only 35 casualties had to be treated. In its later days just 13 American personnel remained to keep the hospital serviceable. RAF Nocton Hall was handed back to the UK Government on 30 September 1995, but was never been brought back into use as a hospital, and has lain derelict ever since.

Our Explore
We started off with exploring the former hospital. Access was unexpectedly tricky, but after much perseverance we finally found a way in. The corridors were cool in both senses – gorgeous peeling paint and overgrowth, and a welcome respite from the heat of the summer sun… 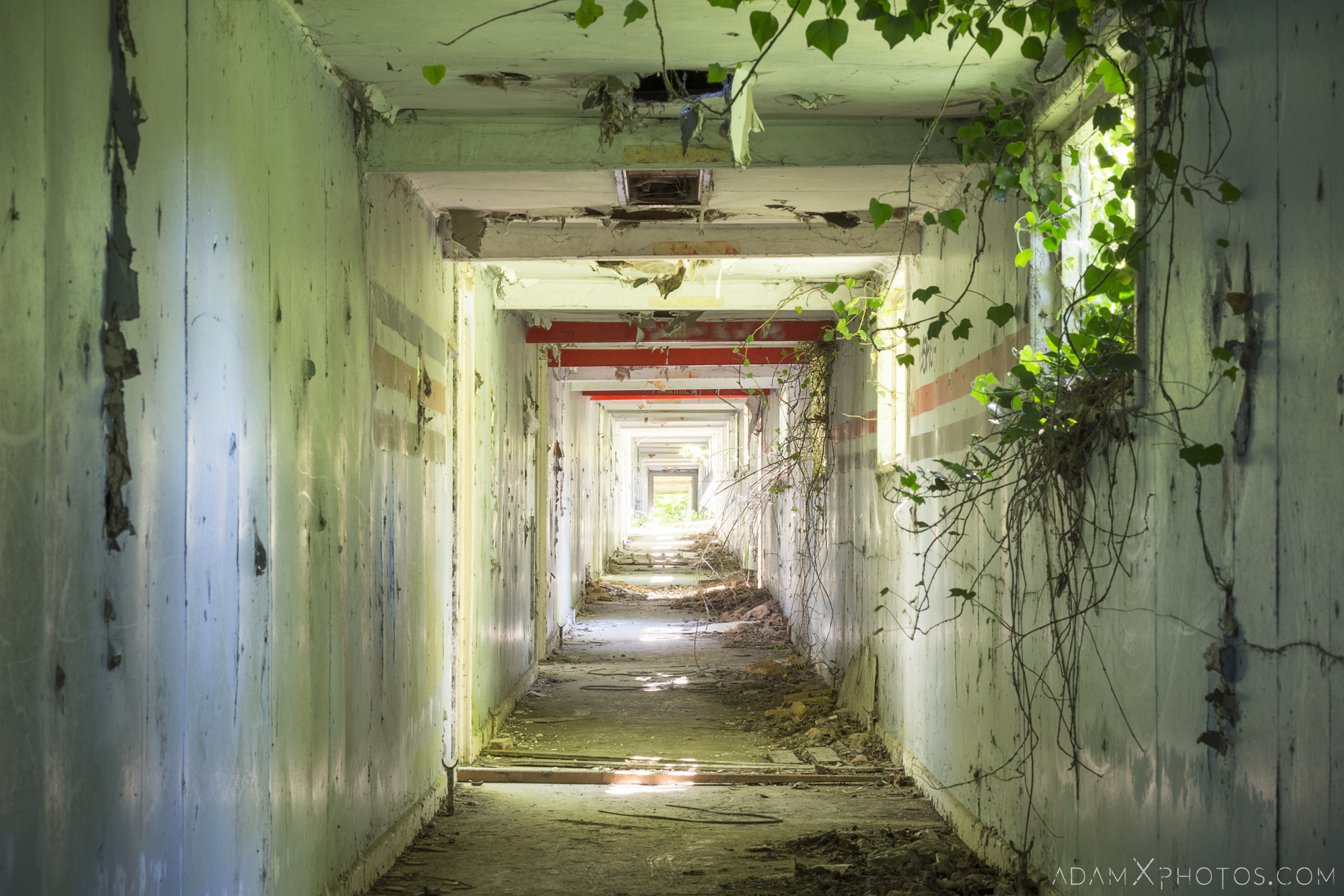 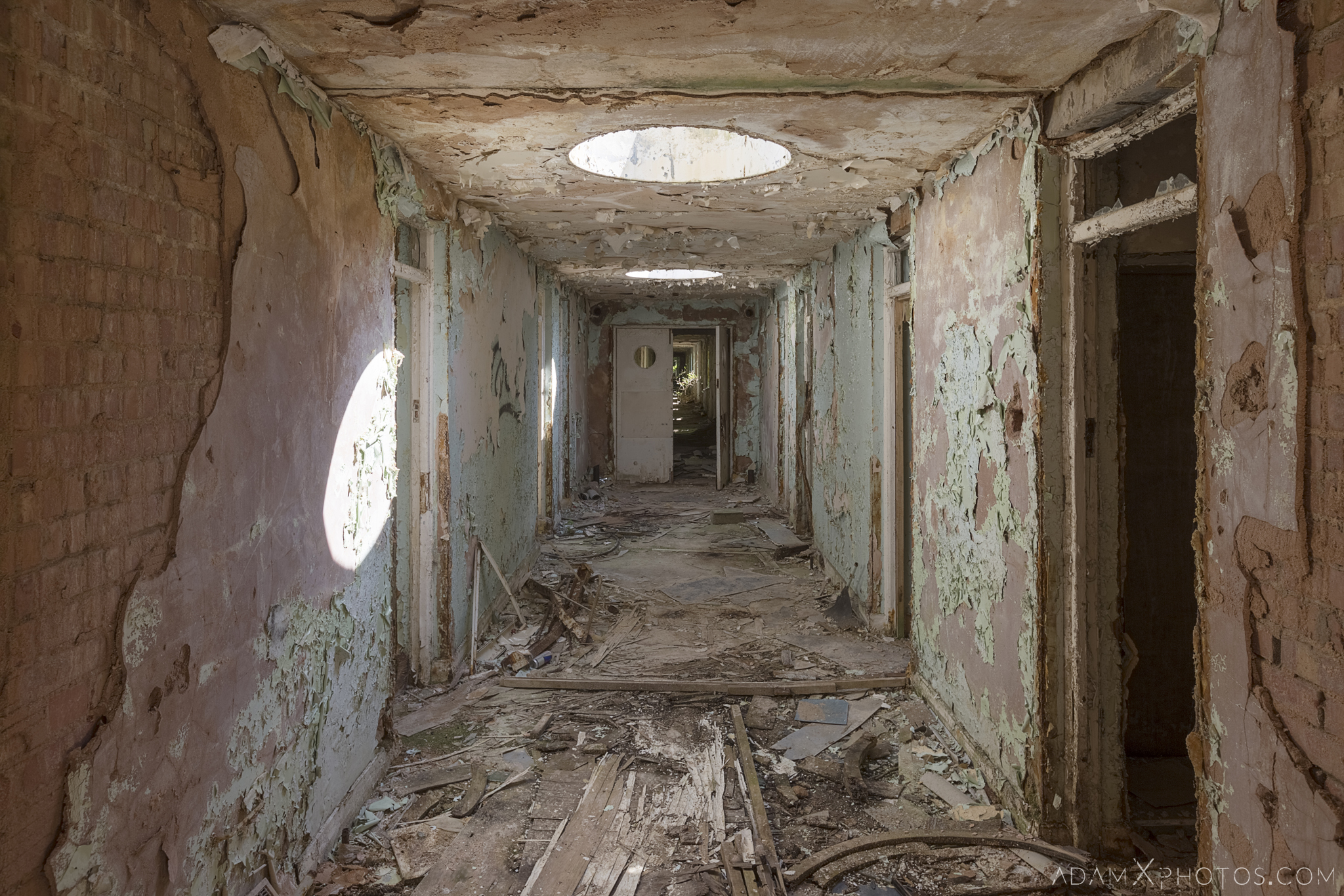 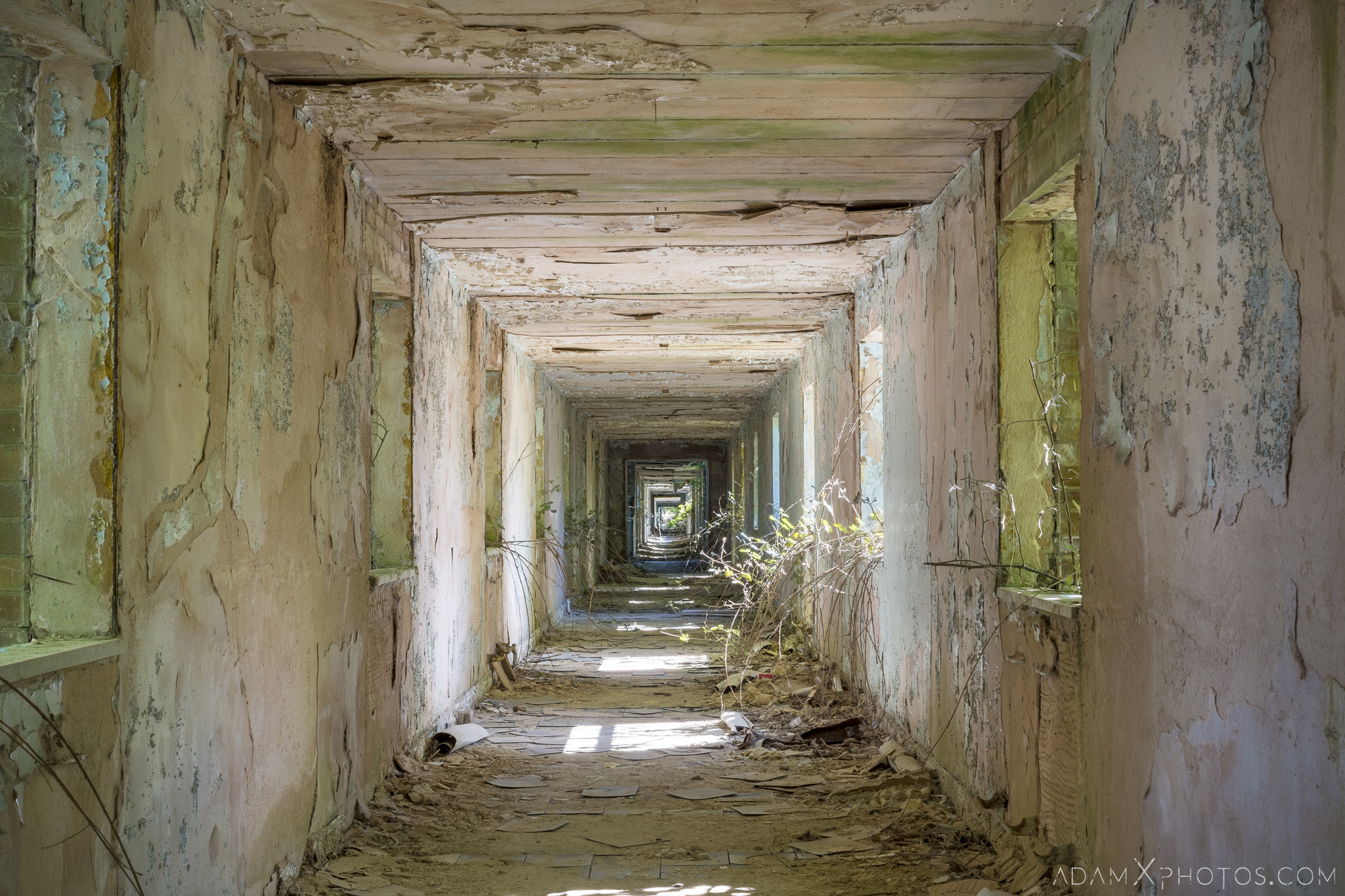 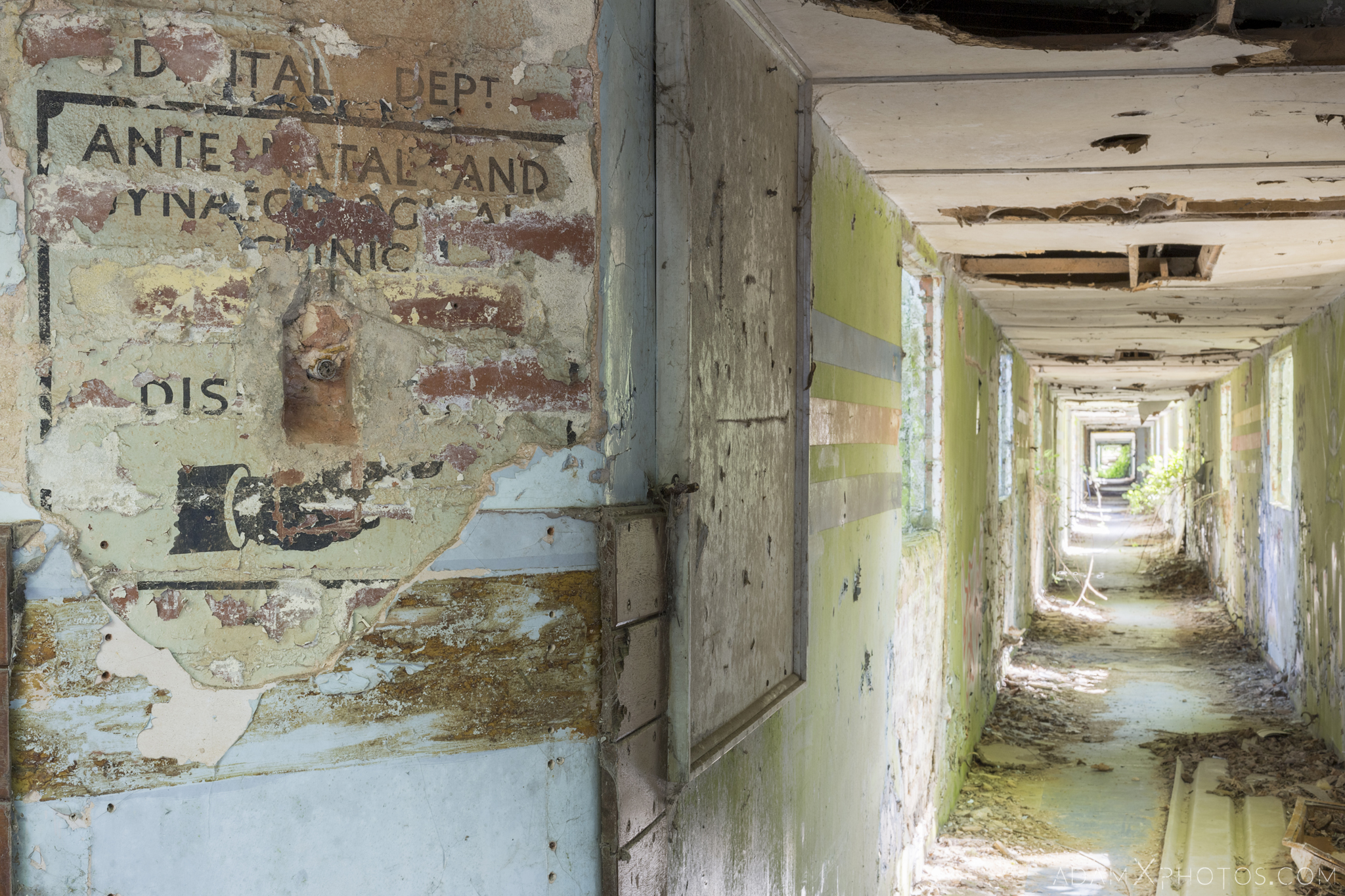 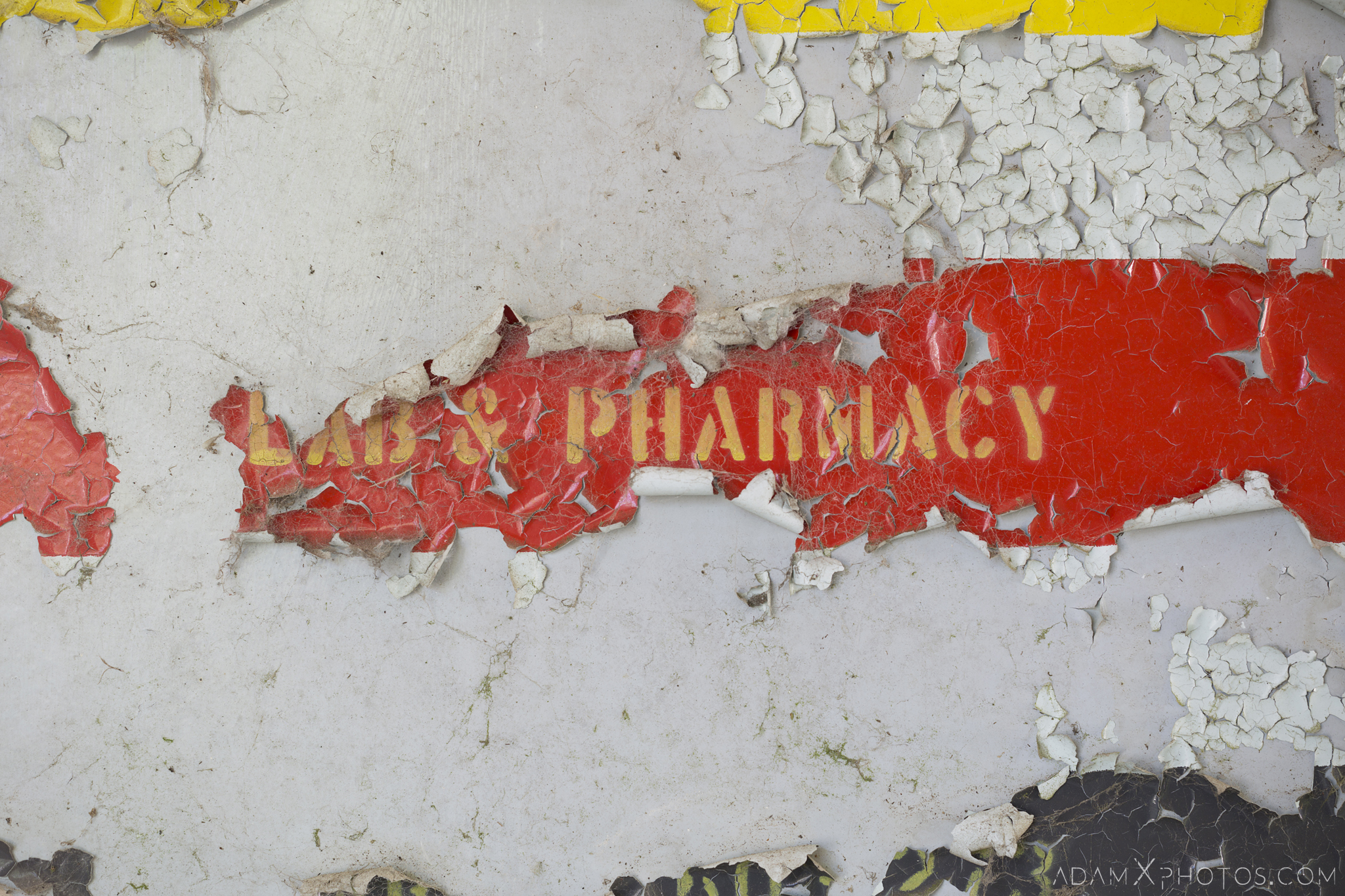 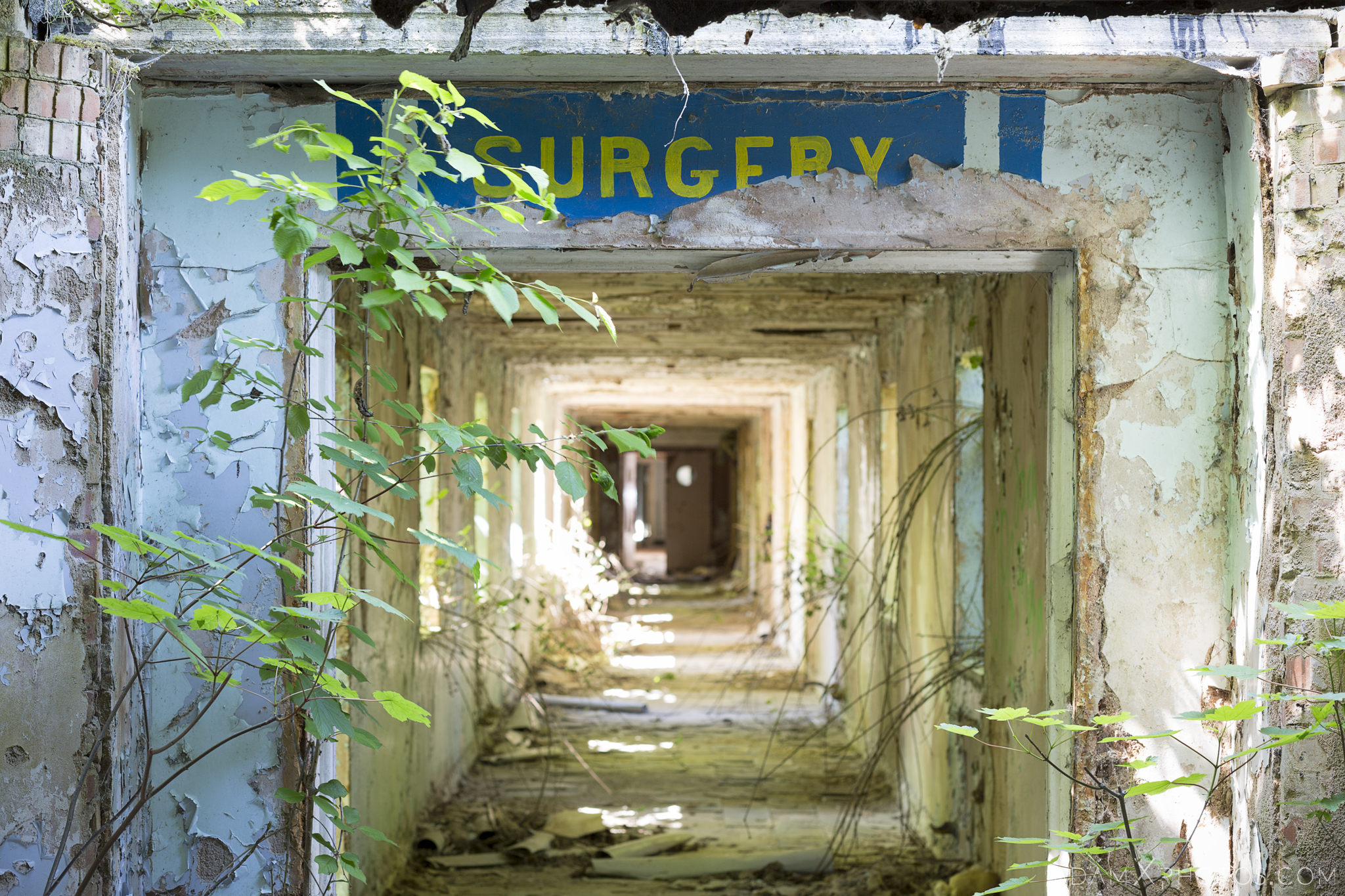 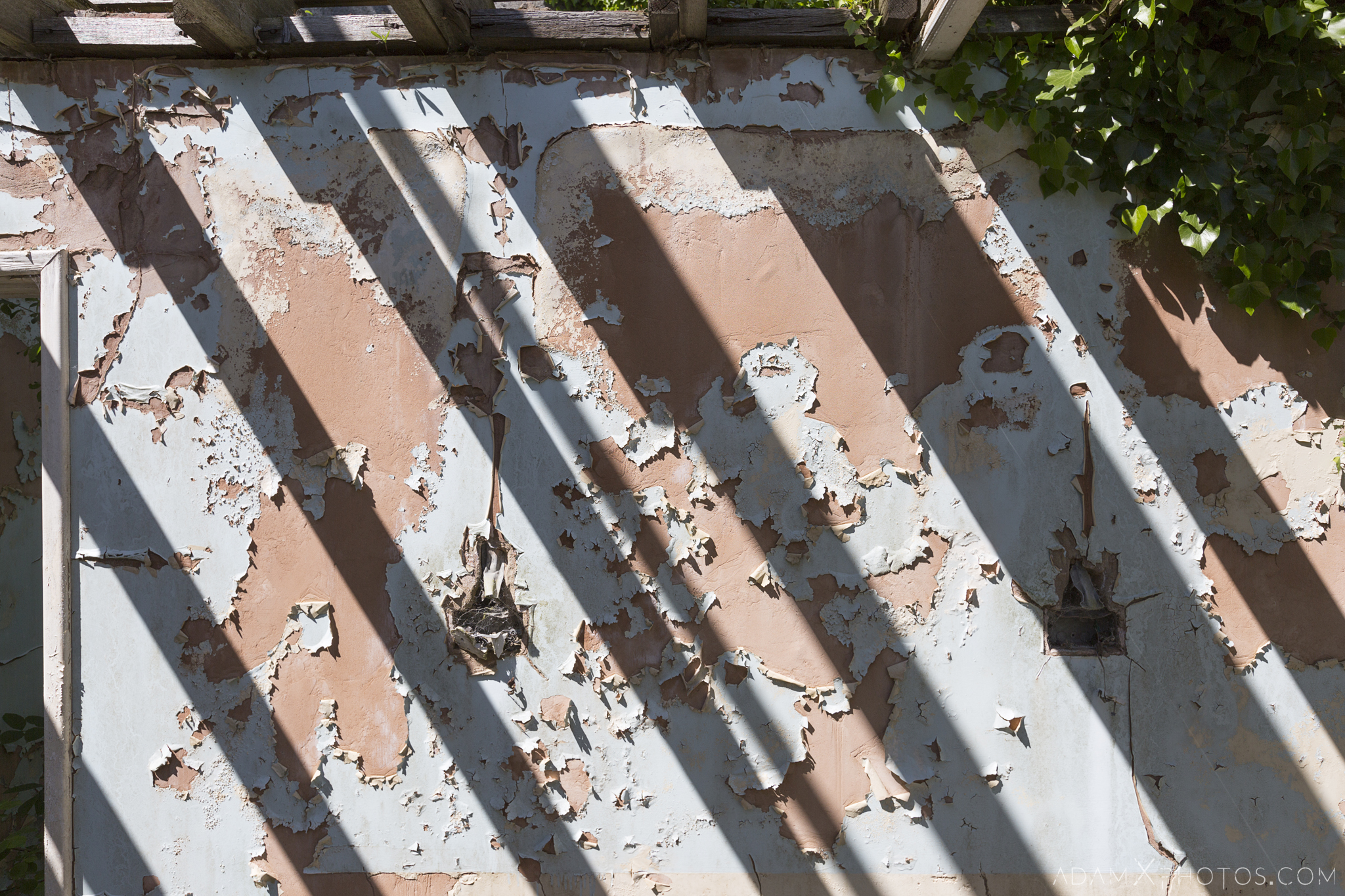 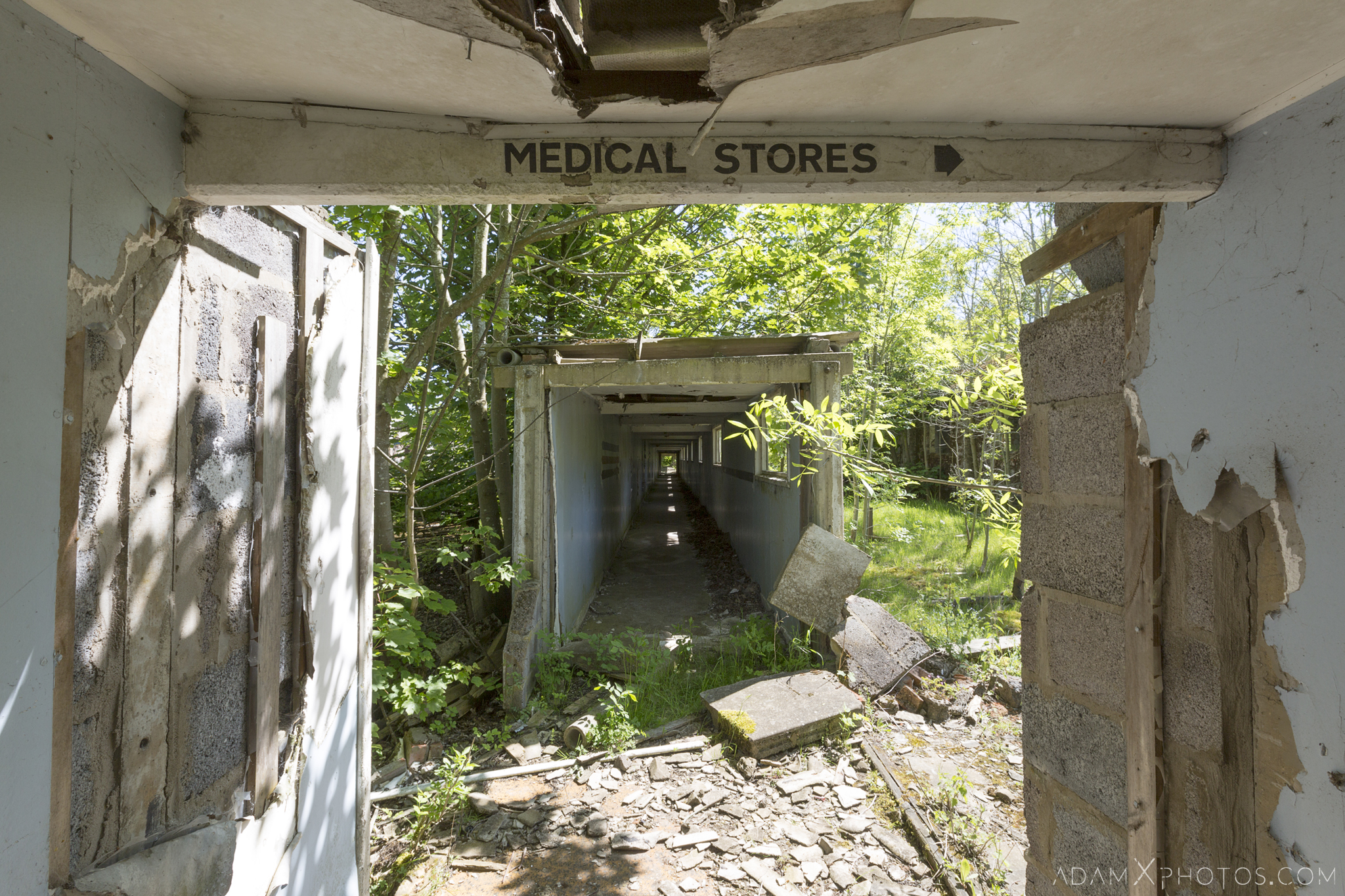 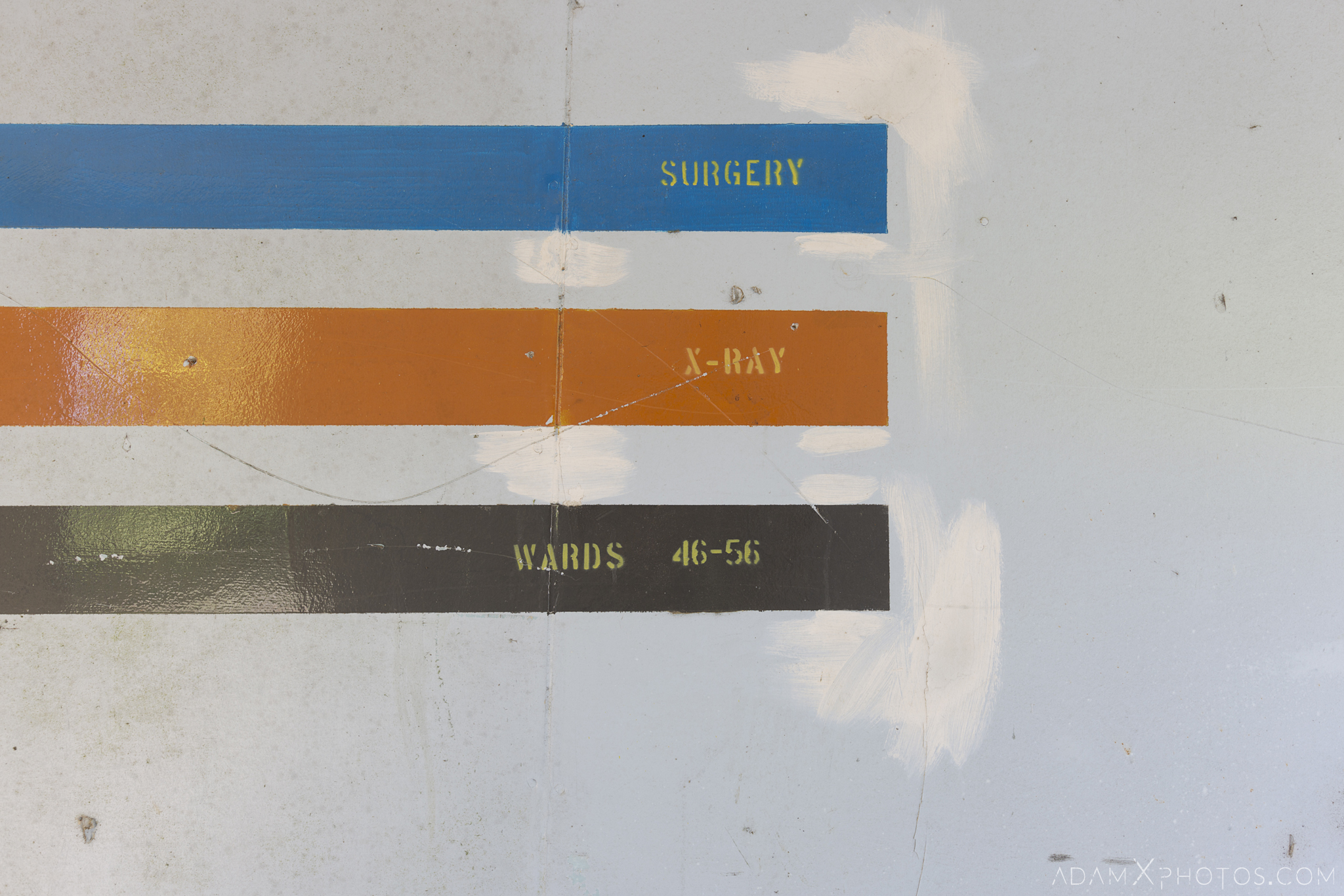 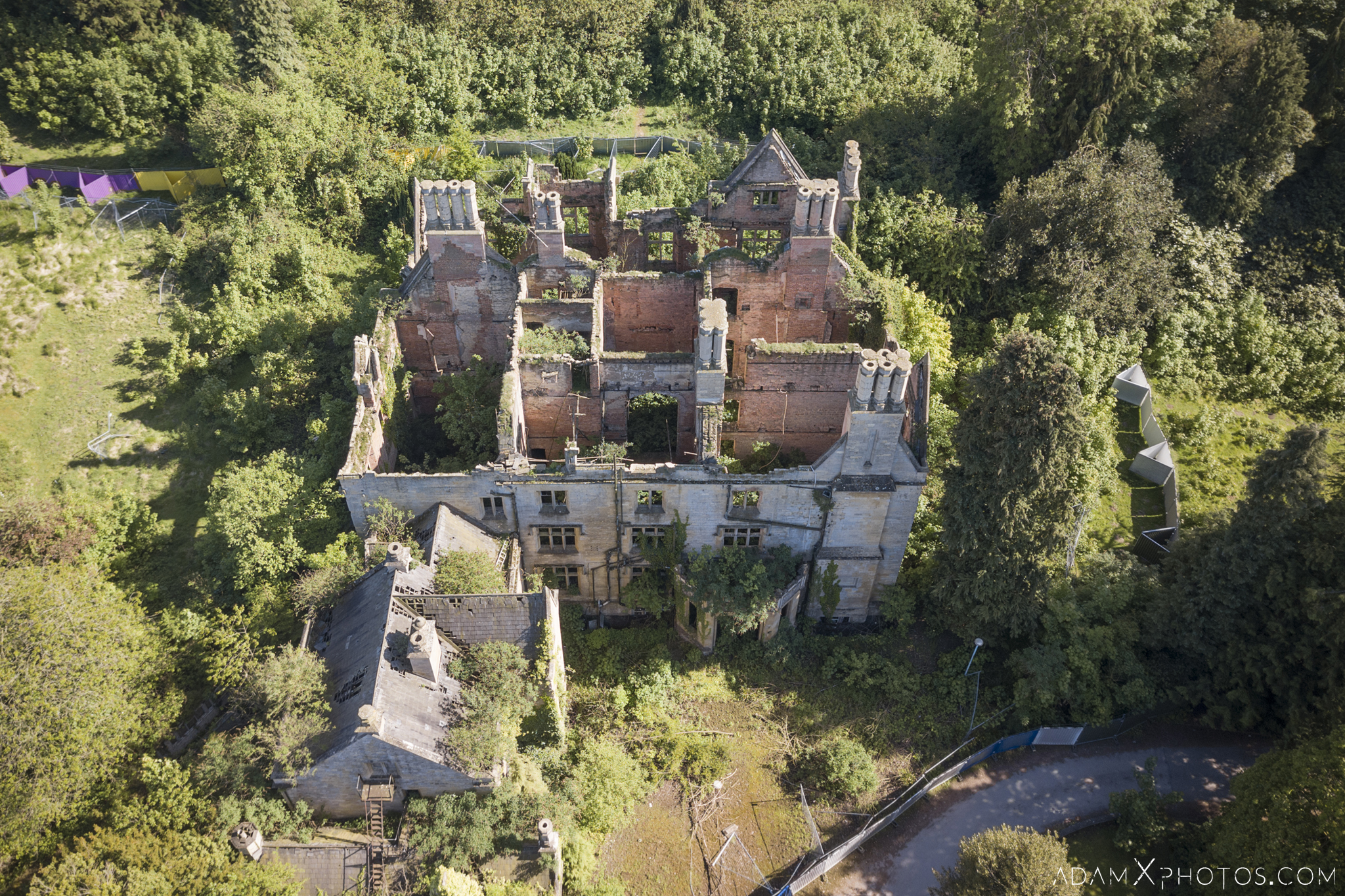 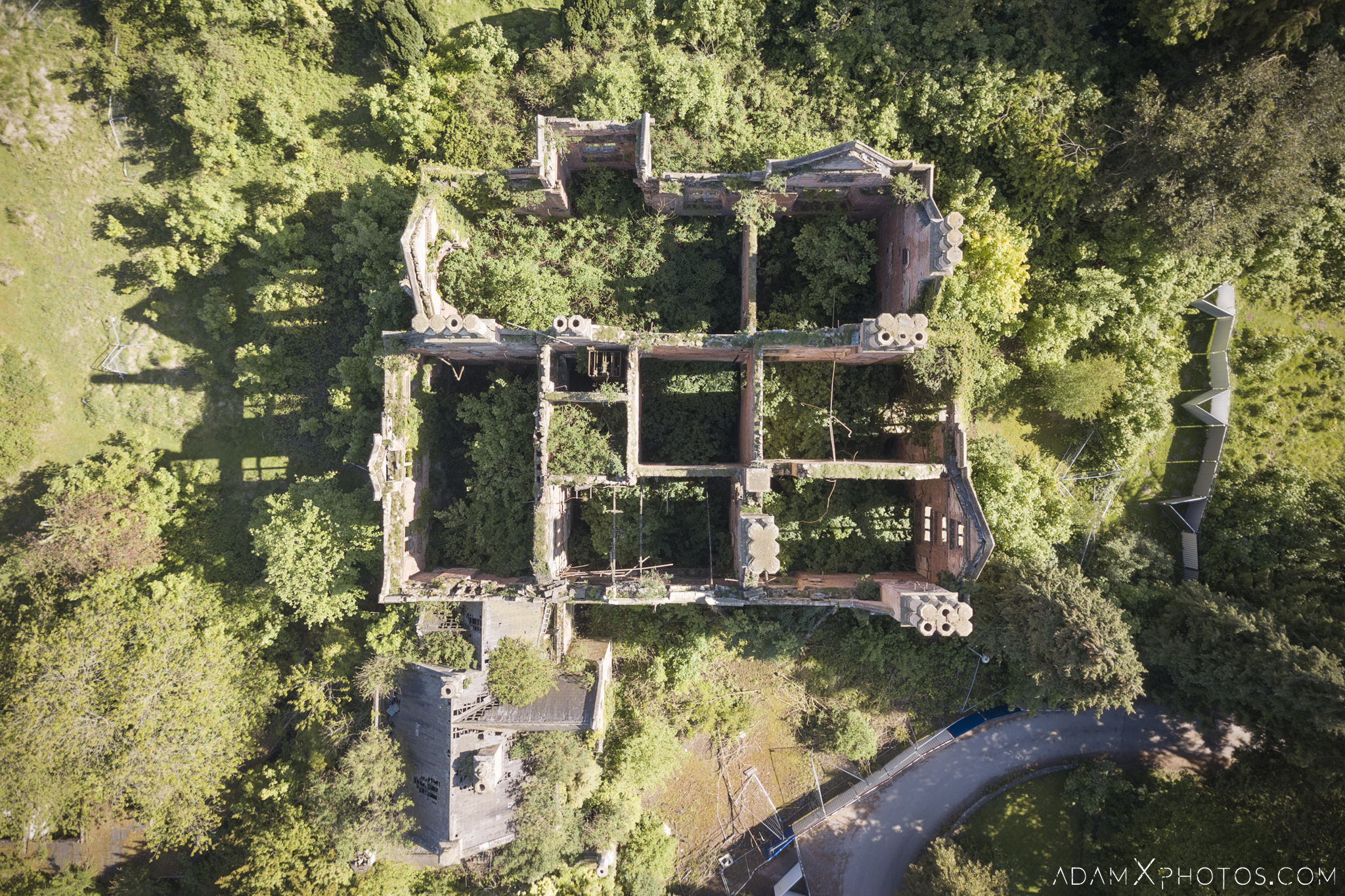 Regular User
Nice back cat. I like the ariel shot. Why do these places always have big fires in their histories.! This one having 2. Its just we seem to find nearly all manor houses & halls etc have had huge fires and changed their history course.