Regular User
Okay, so I'm a completist - this was my sixth trip to the ROF, third after being charged by the police, but with a few more places on my map to visit it called for another night-time trip.

First was the mortuary - I'd heard that this massive ordnance factory had an on-site mortuary, but rumours were quite vague and no-one knew where it was, so when an ex-employee got in touch and told me where to look, of course this was top of the list. From the outside, it's a small functional brick building like most of the 2000+ other buildings on the site, but inside are two lovely enamel slabs and tiled walls: 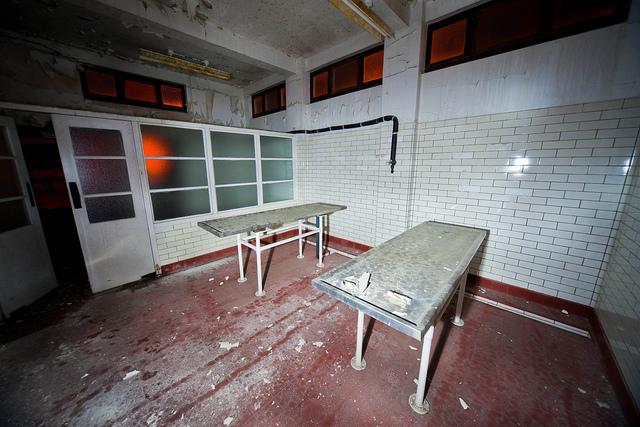 Next, the Factory II power plant. I'd already visited the Factory I power plant building, but it's an empty shell now. Factory III one is gone. But Factory II is still, technically, live - the control panels are still lit up and emergency backup lights are on. There are two lovely little Parsons turbo-alternators: 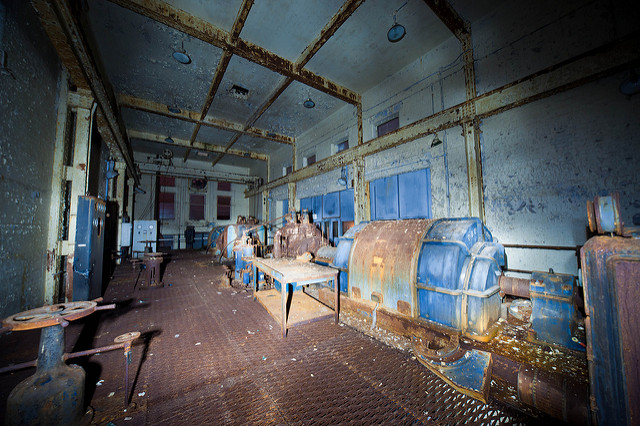 The rest was really just tidying up some loose ends - this was the Picrite mixing building (Picrite is a flash suppressant): 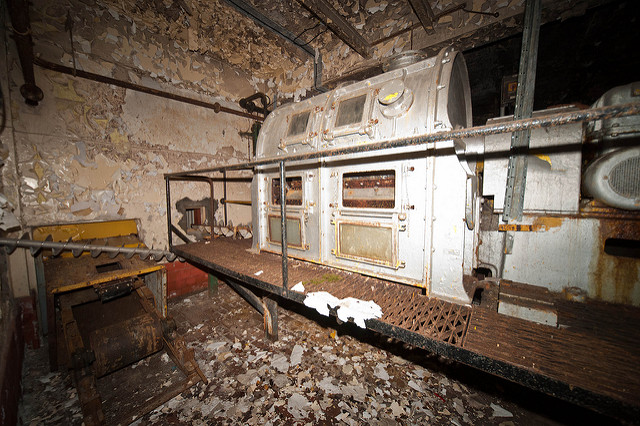 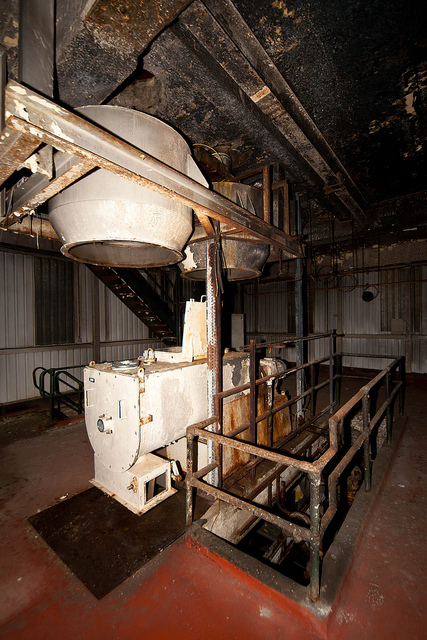 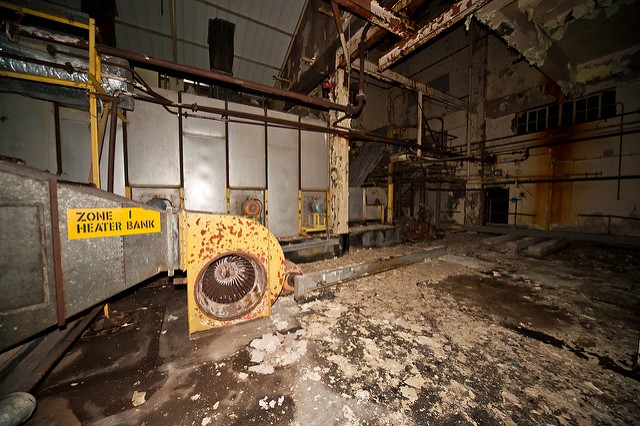 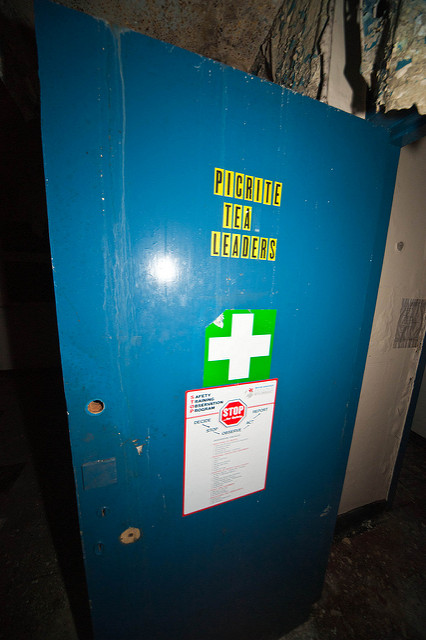 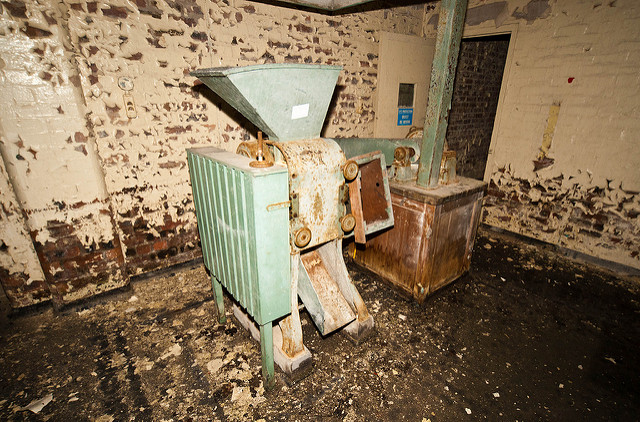 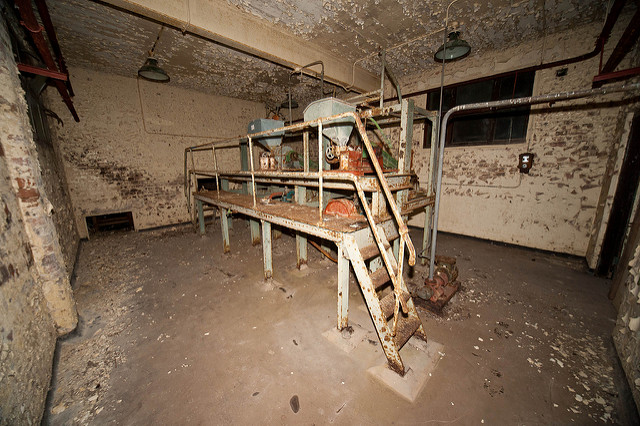 And inhibitor preparation - the inhibitor makes sure the cordite charge burns in the direction it should, and it is machined to shape: 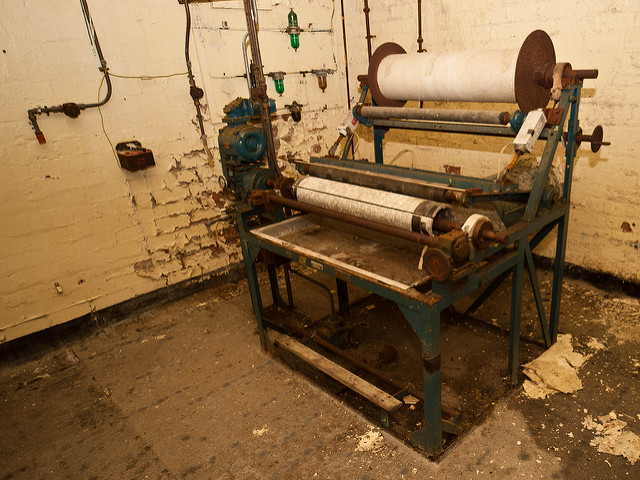 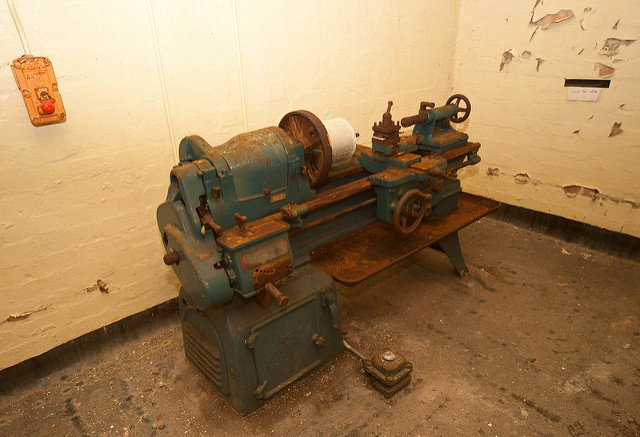 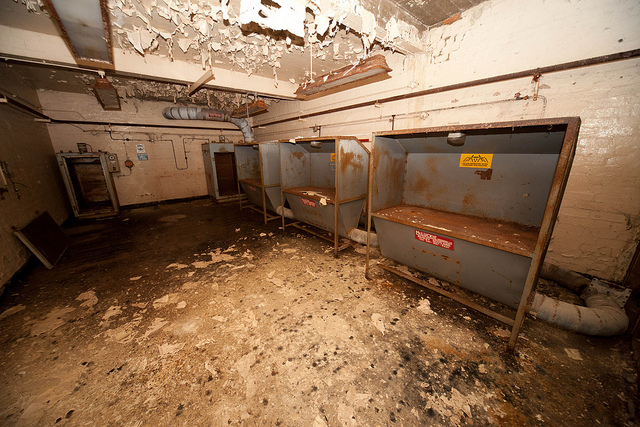 It took four hours, carefully sneaking about very close to the live parts of the site to get some of this. I also visited a bunch of other places which used to hold kit but are now empty - like the fire station, sadly.

Hundreds more pictures from ROF Bishopton are in my Flickr set...