Regular User
1. The History
The Ski Village was apparently the biggest artificial ski slope in Europe and drew people to Sheffield from all over the UK and further afield. Built at a cost of £2.5 million by city entrepreneur John Fleetham, and unveiled in 1988, in its heyday Sheffield’s Ski Village attracted 180,000 visitors a year. The country’s top skiers would gravitate to the city just to use the state-of-the-art site. A national training centre was developed for the British Ski Federation, with a 30-degree ramp and a 60ft pool for skiers to practise twists, turns and somersaults into water. Facilities grew to include a bowling alley and space for children’s birthday parties and even weddings.

There are echoes of Gatecrasher with it all. Both the Ski Village and Crasher burnt down at apparent continuing levels of popularity, in slightly dodgy circumstances. The main building burnt down at the end of April 2012 and now, less than a year on, there is no chance it will ever re-open again, given the scale of vandalism it has been subjected to after the initial fire. Two questions remain. The first question is why the site was allowed to fall victim to further fires (undoubtedly arson this time). The owner's failure to claim insurance on the subsequent fires were the real nails in the village's coffin, especially after the insurance ran out in August 2012. The second question is why was so much stuff left to the wreckers, thieves and vandals?

2. The Explore
It’s almost ten years to the day that I explored this place. Not too sure why I didn’t do a report at the time. Maybe I thought it wasn’t meritous of a report back then. When I went around it was late March and it was very snowy as you can see from the pictures. There was still quite a lot left and although the idiots had been in smashing stuff up, the many fires that were to follow hadn’t yet ravaged this once buzzing facility. I went back more recently, and the place was gone. It was barely recognisable. In fact, the only thing that I could relate back were the gates that were still intact and patches of the artificial ski slope. 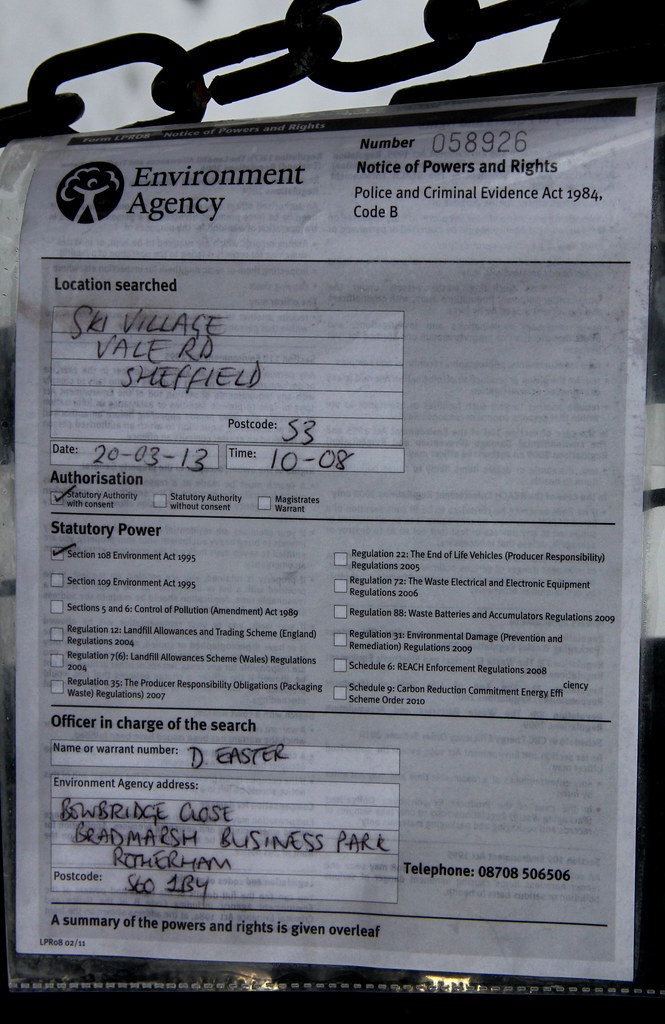 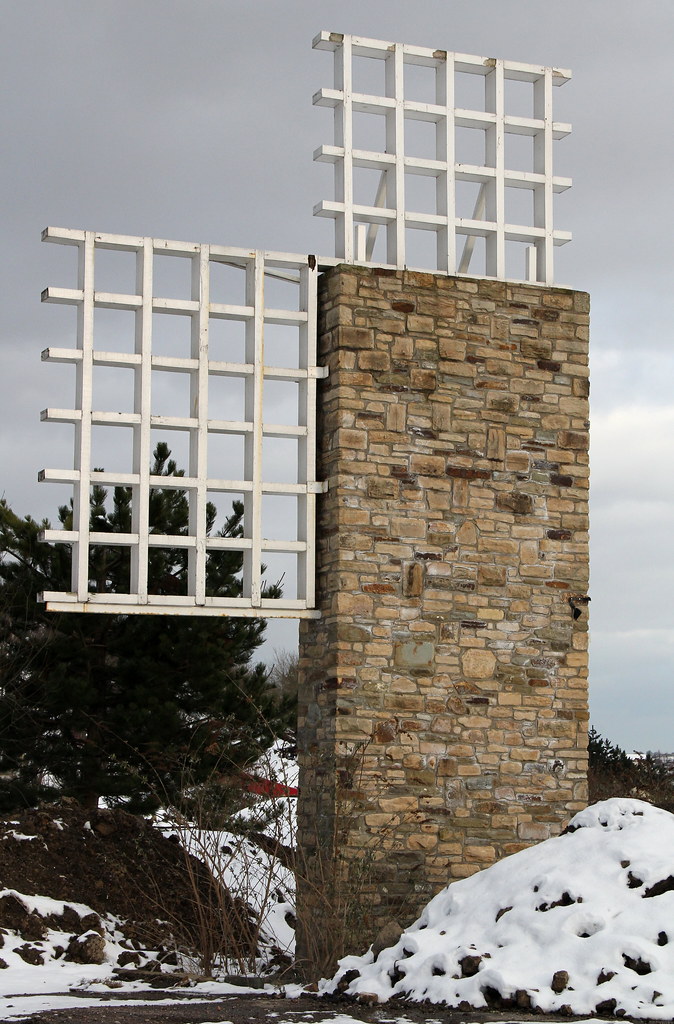 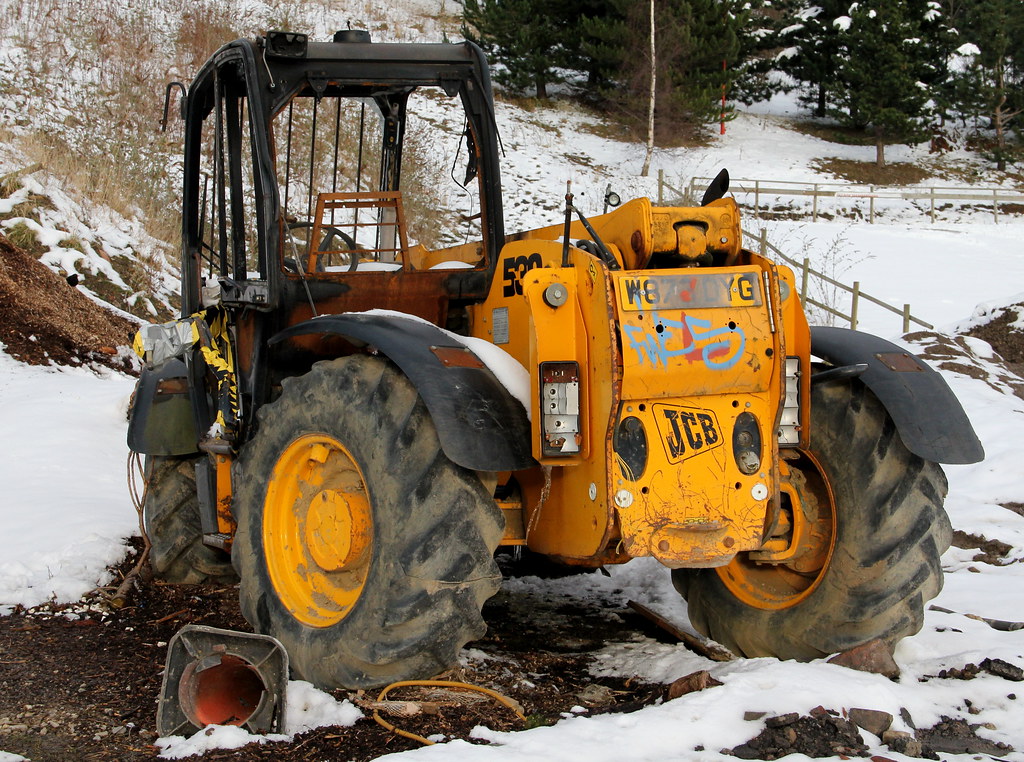 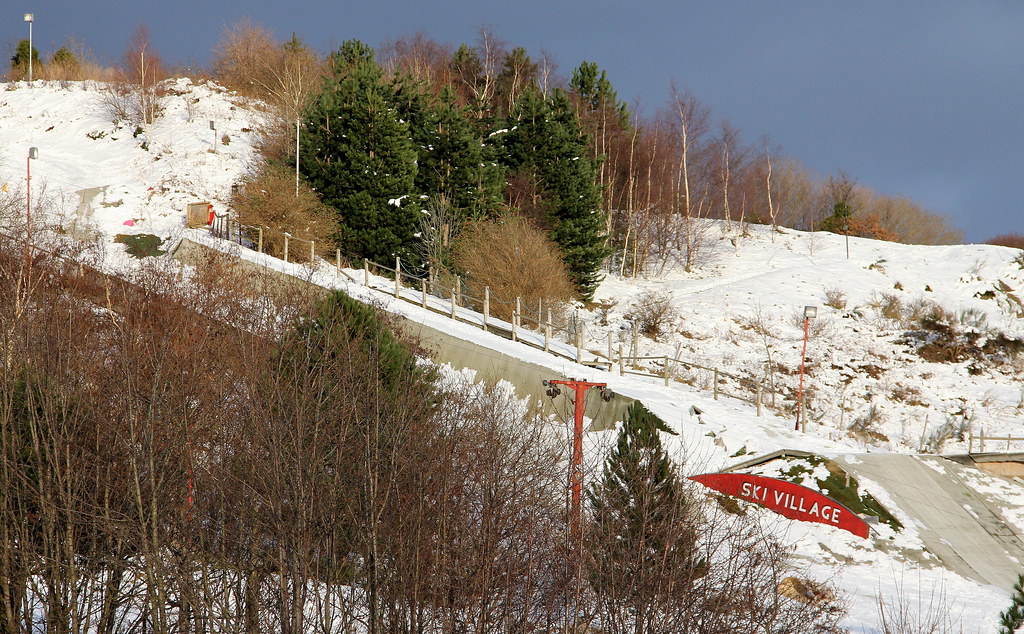 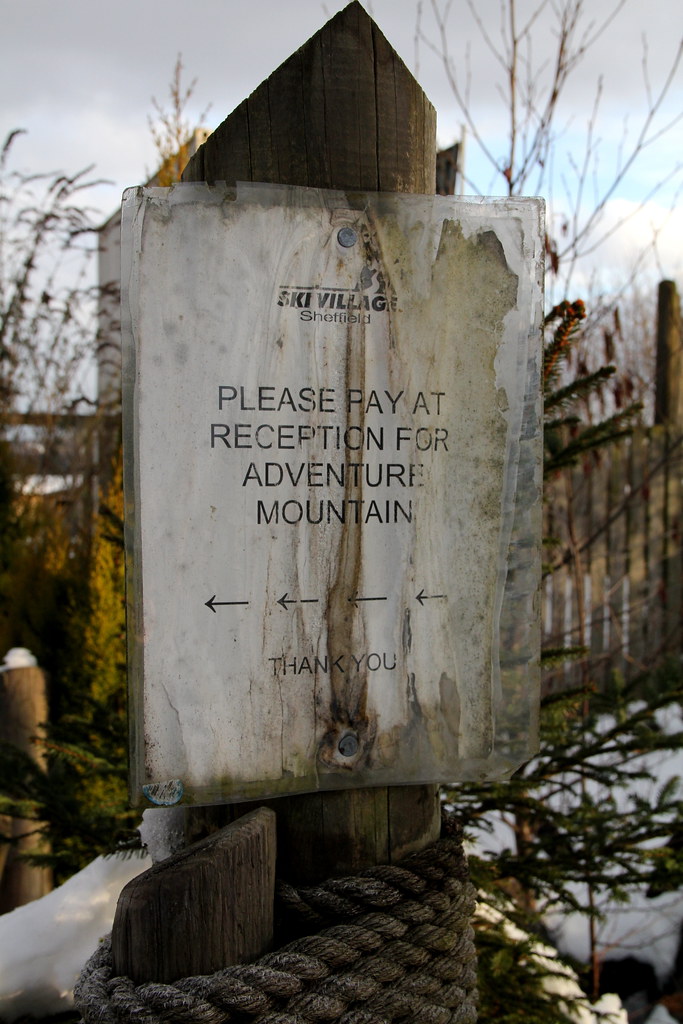 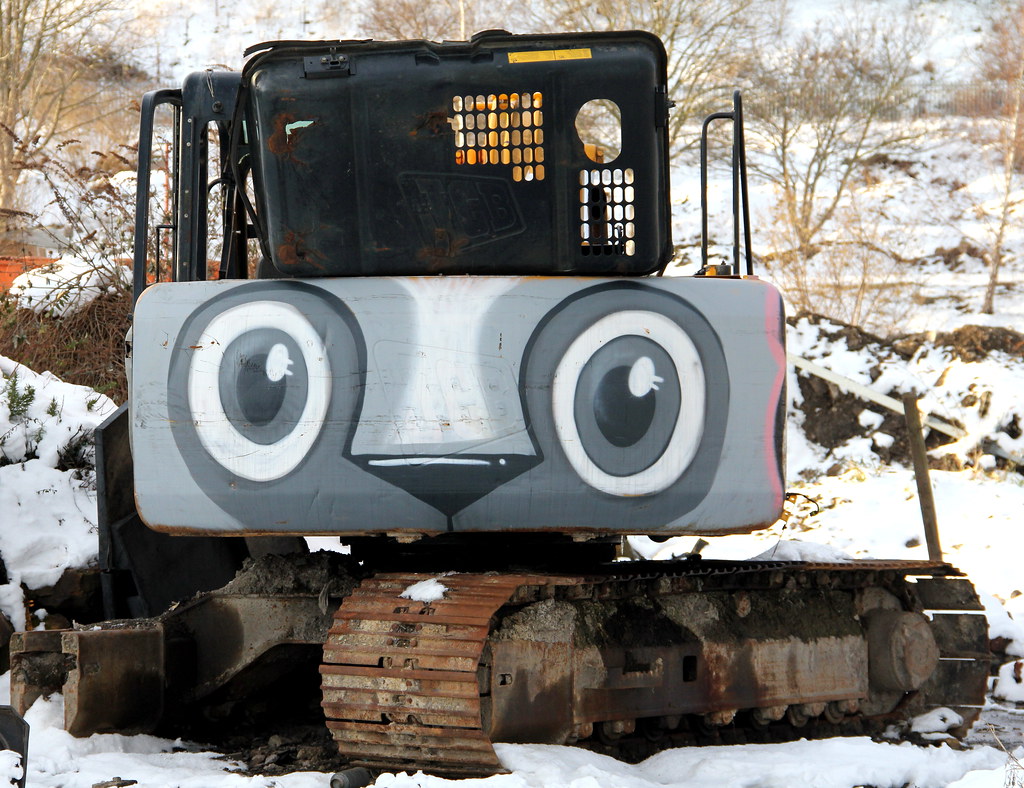 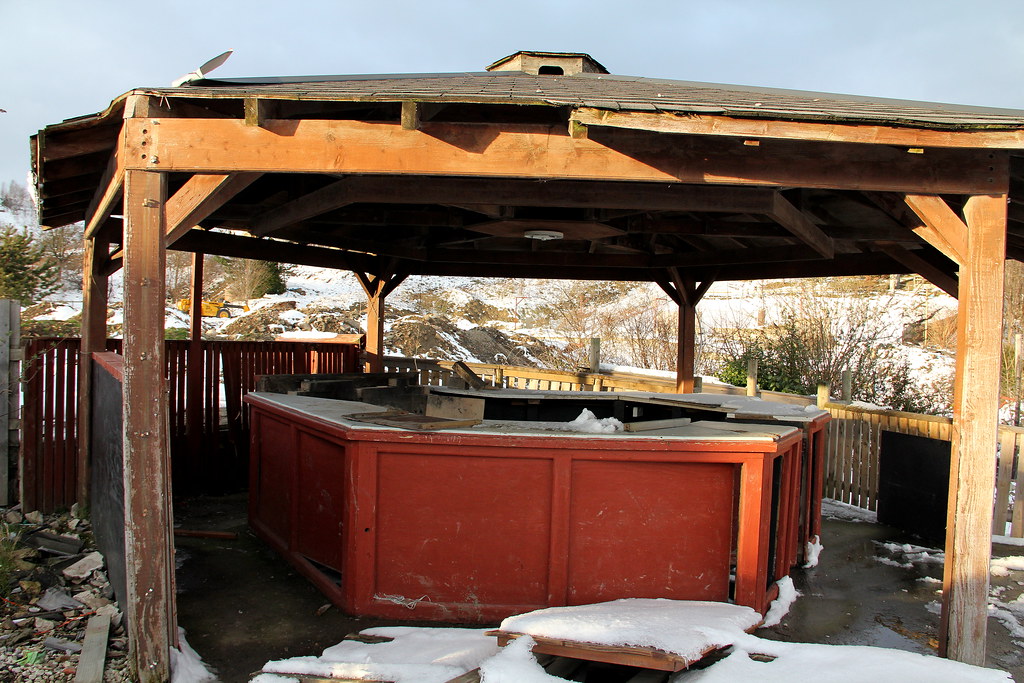 One of the first bits to suffer from the arsonists 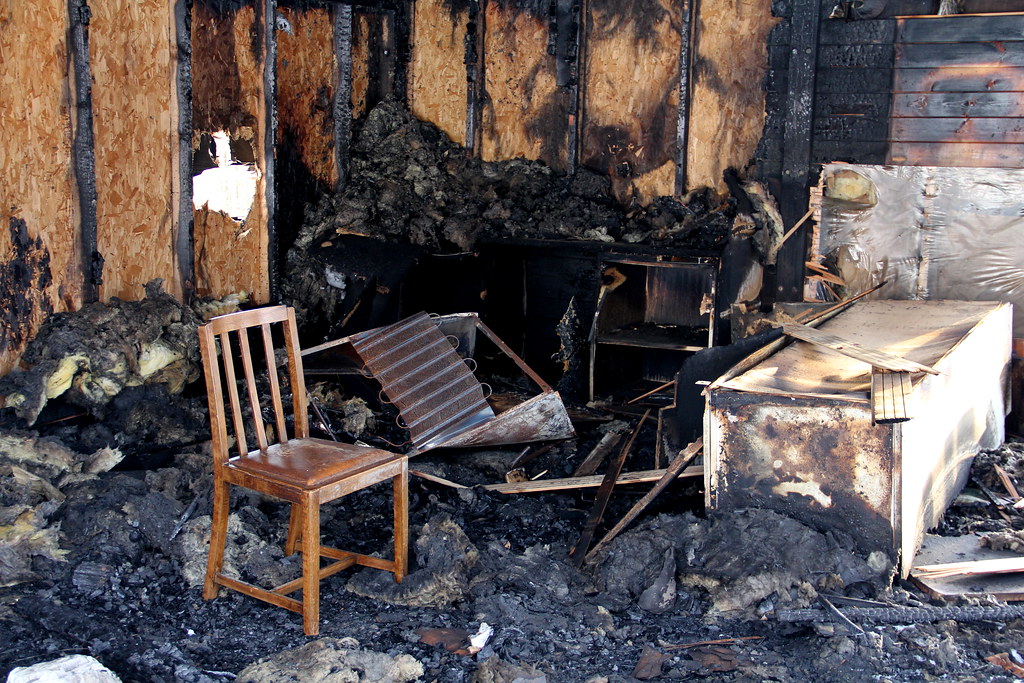 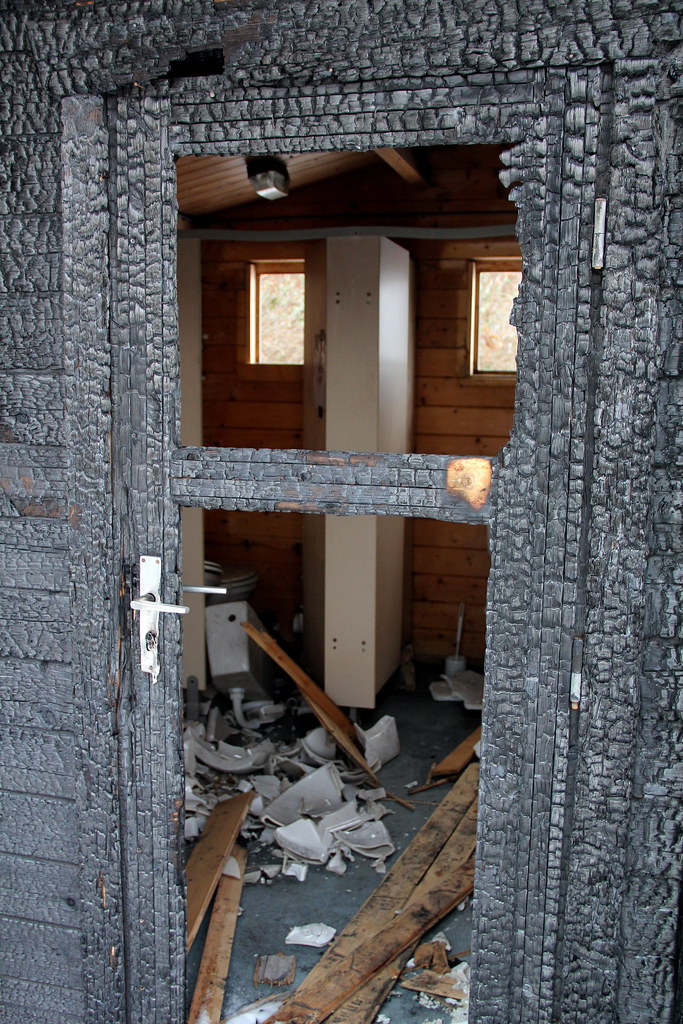 And this bit from the vandals: 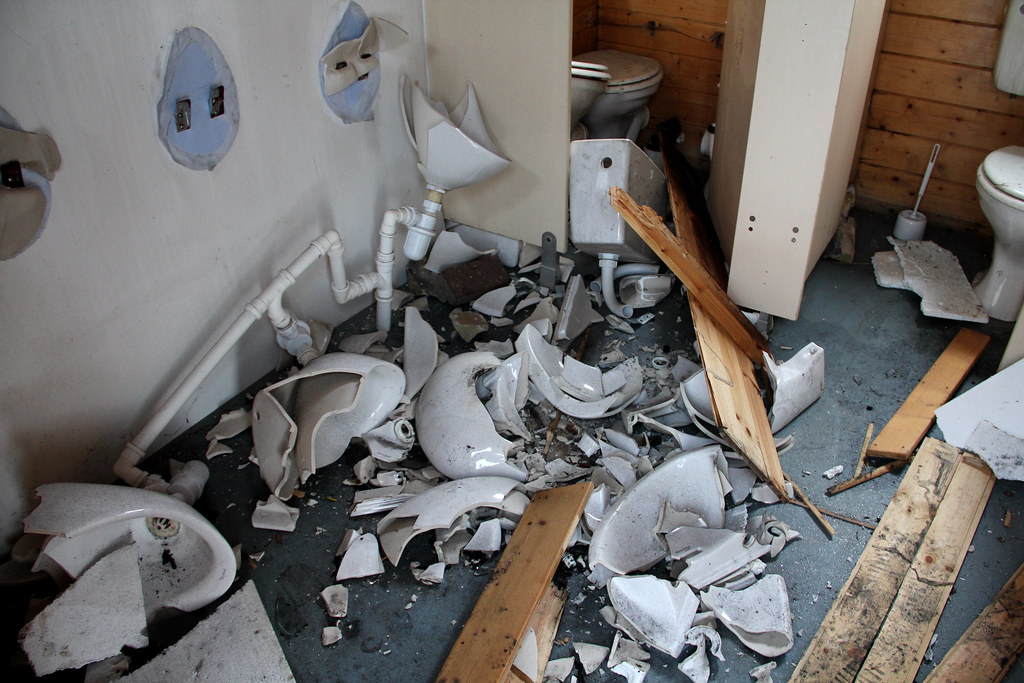 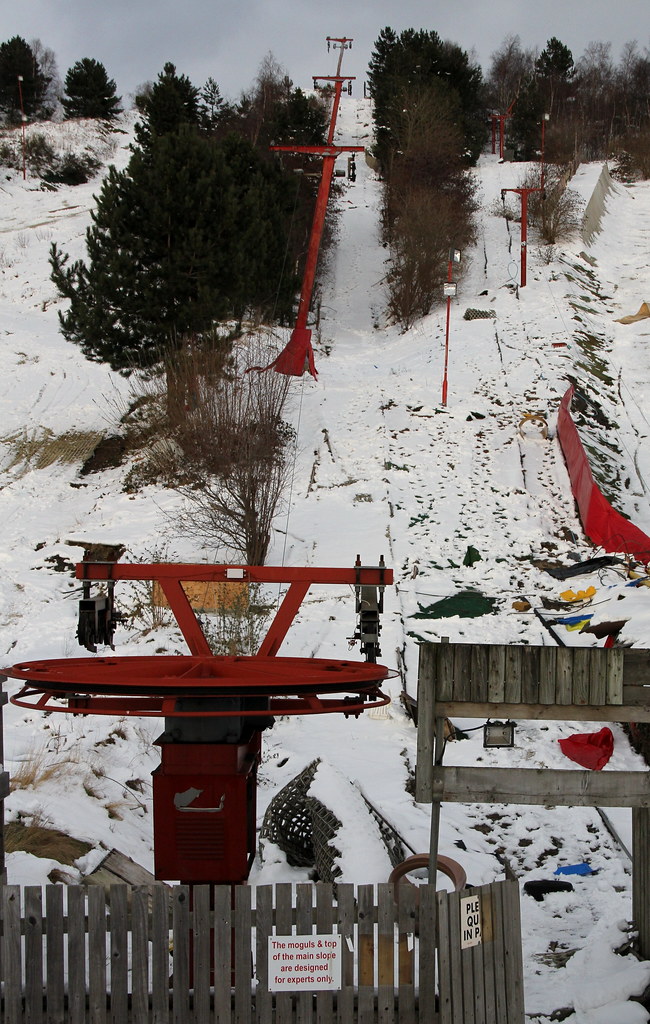 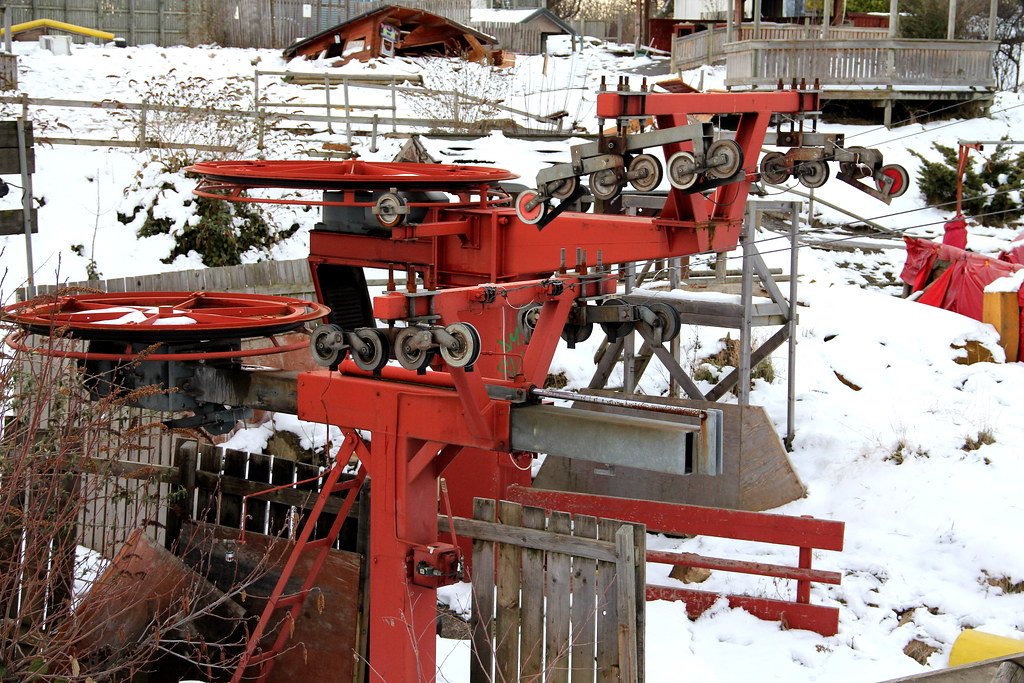 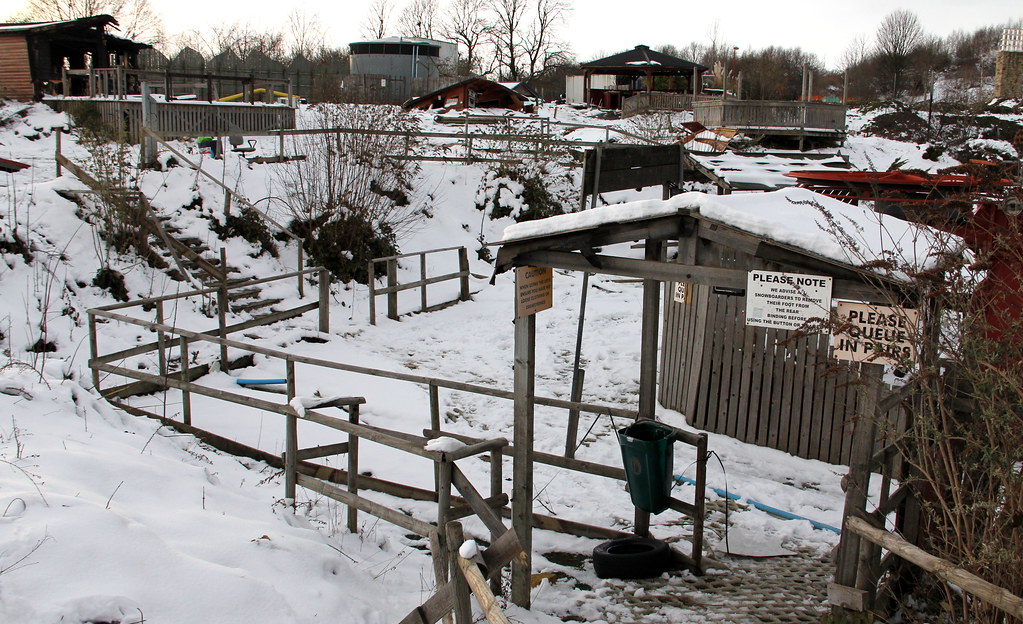 Looking down the slope: 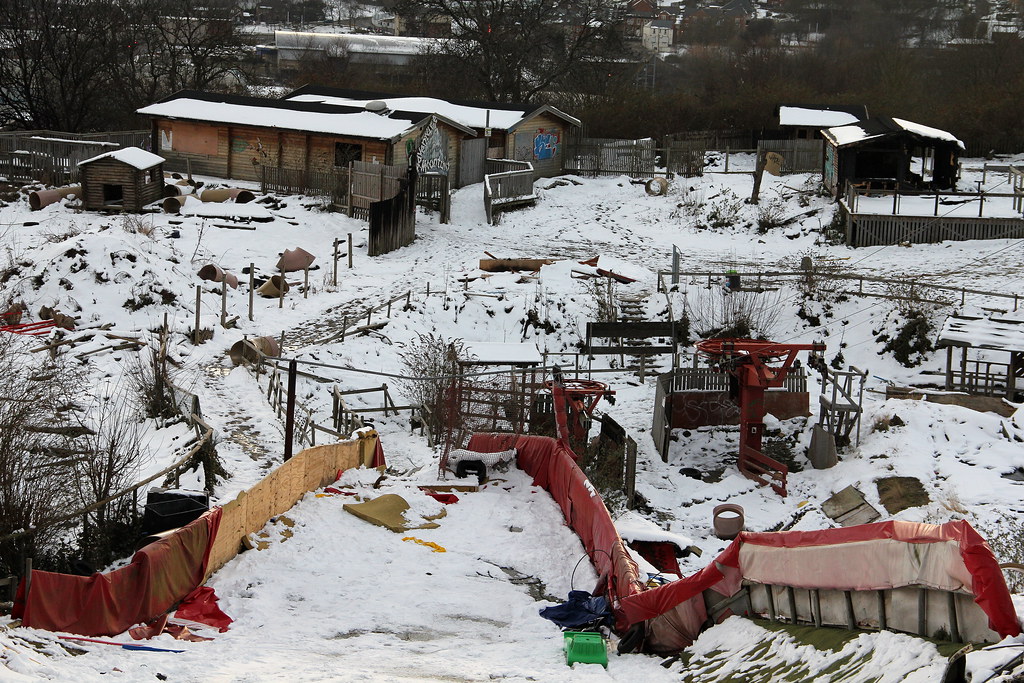 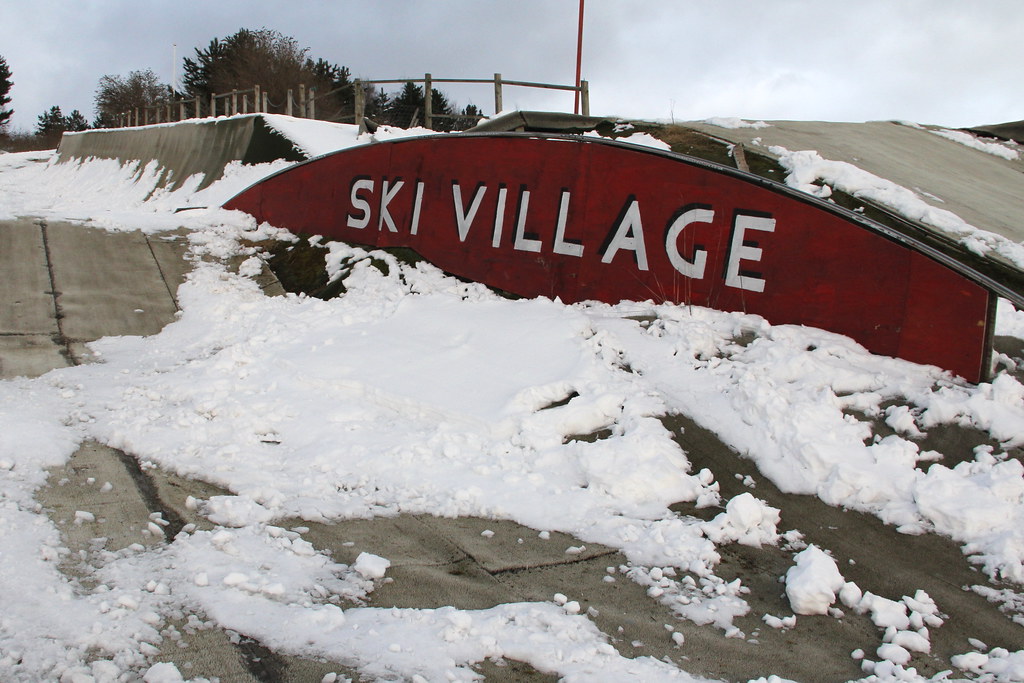 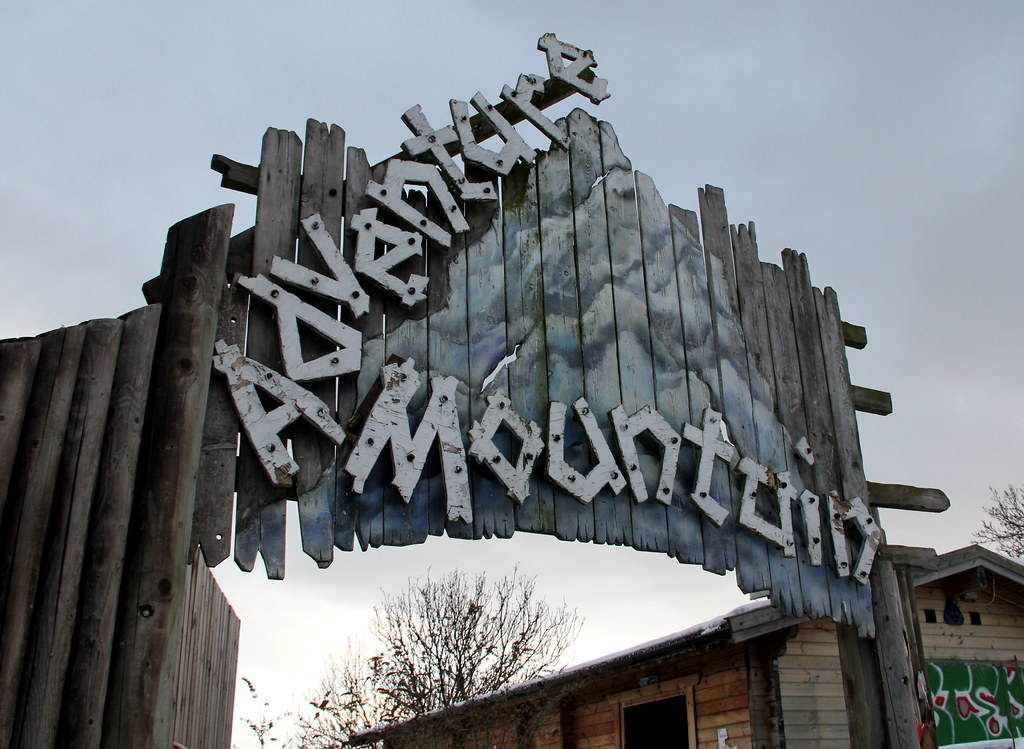 More wood that would very shortly also be burned down: 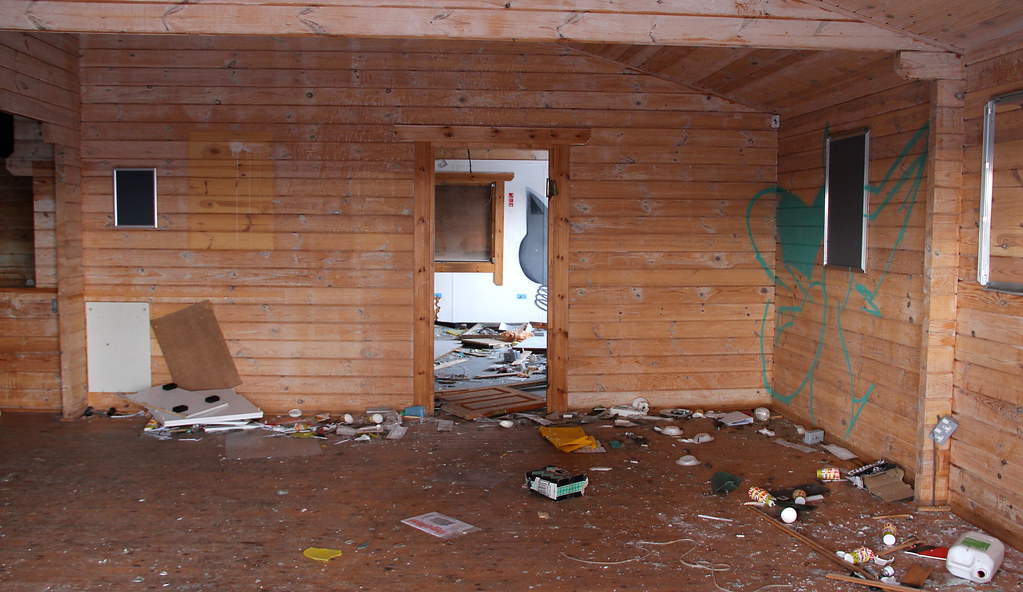 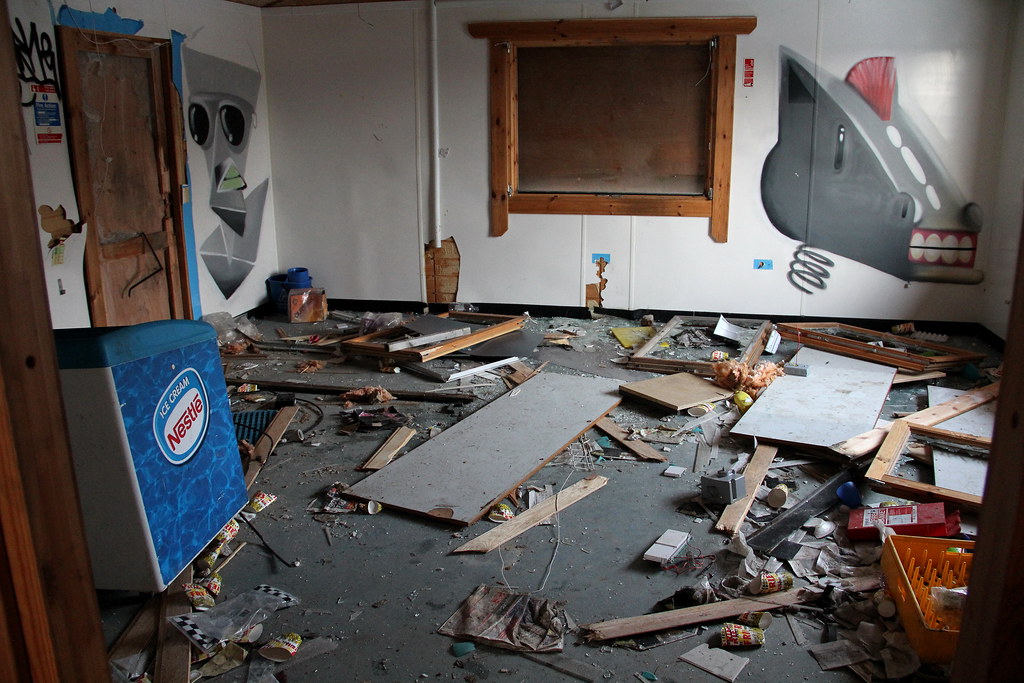 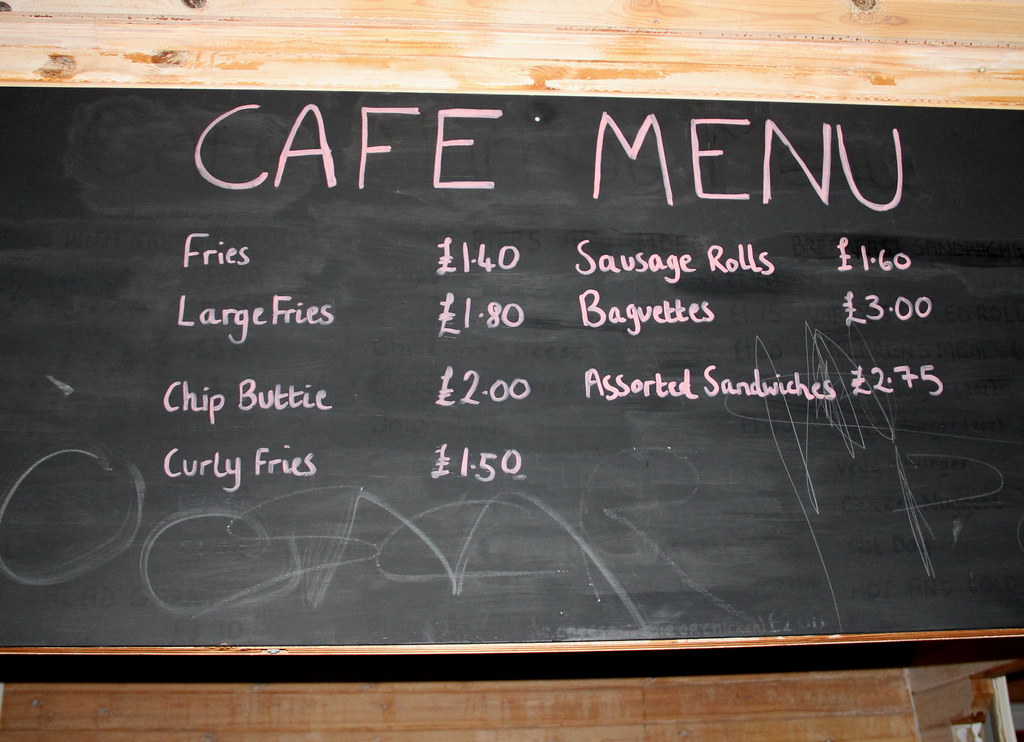 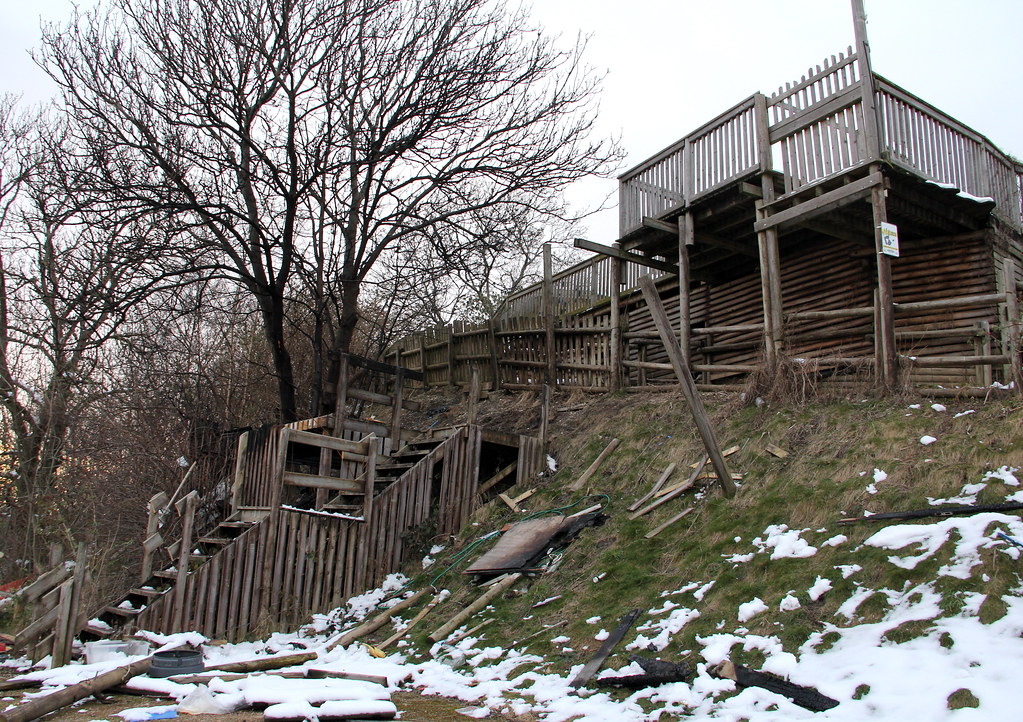 The finally, the infamous old tank: 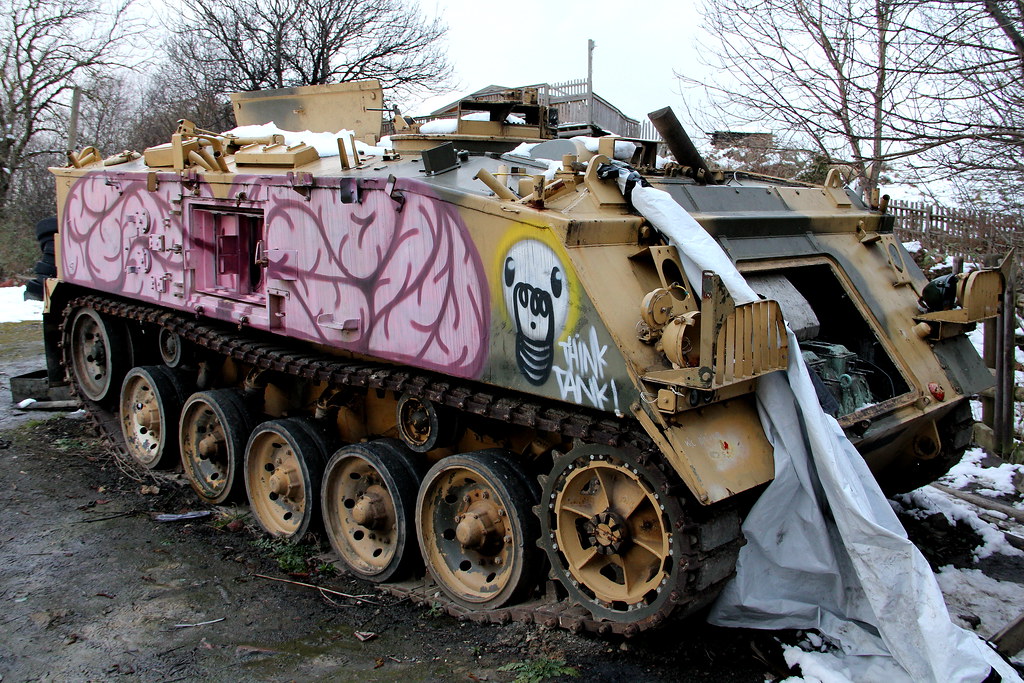 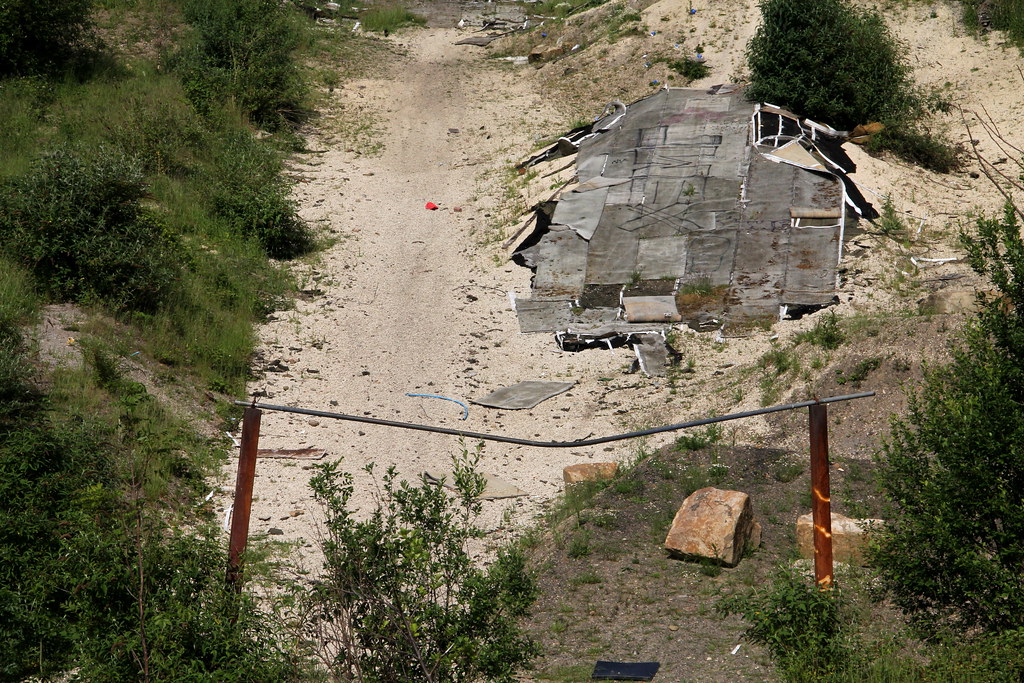 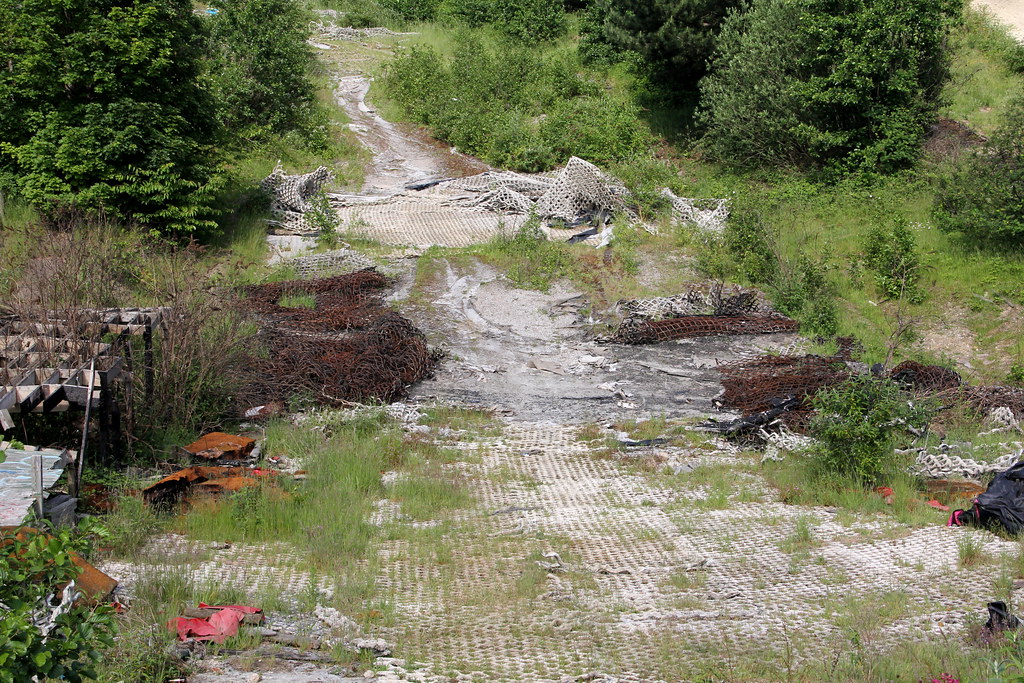 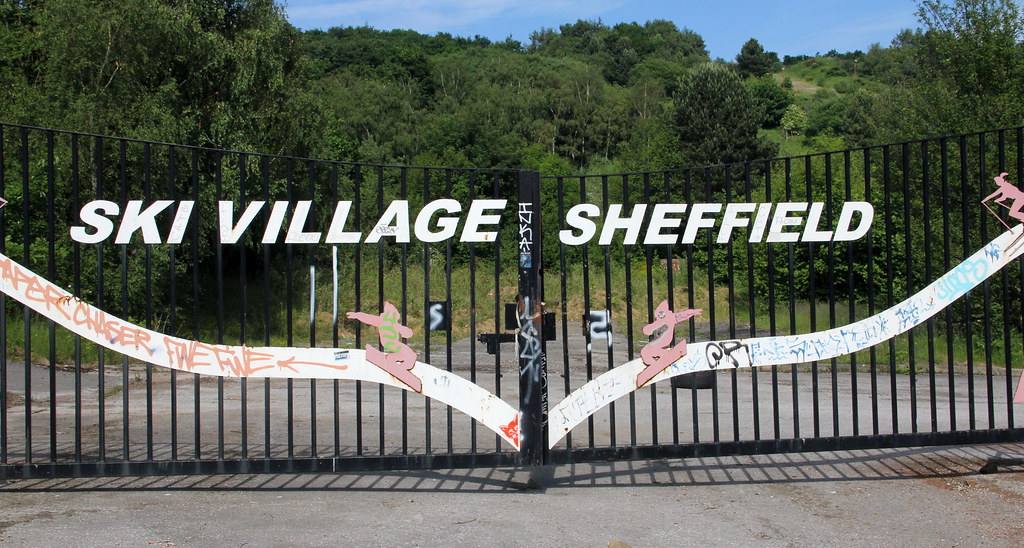 28DL Full Member
On 28 November 2017 it was announced that developers Extreme wanted to rebuild on the site, and redevelop a £22.5 million extreme sports centre. On 28 January 2019 Sheffield City Council agreed a loan of £4.8 million towards the project. These are the plans accepted in 2019 https://www.snowmagazine.com/news/details-announced-for-major-sheffield-ski-village-redevelopment

Regular User
When I finally got myself here there was nothing left lol.

I believe all their ski slopes spontaneously set on fire and burnt down.

I went here once when it was open, cost an arm and a leg to hire everything then my mate pissed off to the hard slope and I was left trying to go down the beginners slope but didn't know how to steer so after a few attempts gave up. Big waste of money lol.
W

28DL Full Member
The fires listed seem to be a mixture of arson and accident
On 29 April 2012, the main building of the Ski Village was destroyed by a fire. The blaze occurred in the early hours of the morning and no-one was injured. This fire was subsequently ruled to have started accidentally, with subsequent fires on the site being treated as arson.
On 1 May 2012, a small hut at the top of the main slope containing controls for the ski lifts was destroyed in a second fire in the early hours of the morning.
On 21 May 2012, the former snowflex nursery slope was partially destroyed in a third fire, again started deliberately.
On 24 April 2013, the remaining wooden outbuildings of the former Adventure Mountain outdoor playground were set on fire, destroying the only remaining infrastructure on the site.
By August 2016 the site had suffered from approximately 50 arson attacks.
On 11 April 2017, a further arson attack at the site occurred after two fires were started.
On 22 September 2017, a fire broke out in the old pump house in an incident thought to be an accident caused by another bonfire nearby.
On 14 October 2017, a fire broke out at the site and the fire brigade were called, who found some fly tipped items and some of the material used to make the old ski slopes alight.
On 6 June 2018, the site was again reported to be on fire.
An unrelated wildfire on adjacent grassland swept into the Ski Village site on 2 September 2018, causing further damage to numerous buildings and structures on the site.[

Regular User
As i say, you'll apparently find the same story for most of their ski slopes around the country. Seemed very coincidental.

Regular User
Nice back catalogue on this place. The snow really makes you think your at a resort with the ski lift shot, then reality hits with the rest. Something different too.

Calamity Jane said:
Nice back catalogue on this place. The snow really makes you think your at a resort with the ski lift shot, then reality hits with the rest. Something different too.

Cheers CJ. Can't believe how snowy it was then back then for the end of March!

Regular User
I loved this place in thick snow, the absolute carnage that went on - people in 4 man dinghies, rings etc - must of been mid/late Jan same year as had a fair whack of snow from memory
Website: www.whateversleft.co.uk - County Asylums: www.countyasylums.co.uk​

In other news, who remembers Sheffield Ski Slope lolz, had nearly as much attention as Camelol but far more fun to be had whizzing down that slope on whatever shit you could find lol
Ojay@28dayslater.co.uk‏​

In other news, who remembers Sheffield Ski Slope lolz, had nearly as much attention as Camelol but far more fun to be had whizzing down that slope on whatever shit you could find lol
Click to expand...

Me and @Landie_Man had a great morning flying down it on his death sled made out of a Ford Fiesta bonnet, good times.
I'm not from Birmingham.
I don't know where 'Hunters House' is.​
You must log in or register to reply here.
Share:
Facebook Twitter Reddit Pinterest Tumblr WhatsApp Email Link