28DL Member
Seeing as this is my first post I hope that you will not be too scathing in your responses....

There isn't much urbex to be done in this dust bowl, but I have always been fascinated by this place. I have been here 3 years and I have never seen it worked on, I asked around a bit and it turns out that there is a bit of history behind its short and incomplete life.

The villa was meant for Sheikh Saud of the ruling al-Thani family (he is the Emir's second cousin) and was designed by Scottish architect Kathryn Findlay. It is very different to anything else over there as it has curves and is devoid of arabic detail (thankfully), the main villa has the form of a donut that has been slightly squashed and the majlis looks like a giant M+M. There is loads of unfinished concrete works that look like they would have formed bridges and suspended walkways linking different parts of the complex together.

The sheikh held a prominant and public role as the man responsible for buying thousands of pieces of Islamic artwork, archaeology and other well known western paintings and artifacts in order for the Emir to have his new museums filled with the culture that this place currently lacks. The Sheikh had an open cheque book directly from the government coffers and he spent lavishly on all manner of items, reportedly in the 5 years he was around the total expenditure was up to around 1.5 billion pounds. In addition to the artwork that he bought he also spend some of his own fortune on animals and wildlife, and he converted his farmhouse on the outskirts of Doha into a sanctuary for wild and endangered species - the was reports from some of the guys I work with that orangutans and giraffes roamed free but this sounds like BS to me.

2 or 3 years ago the sheikh was removed from office and imprisoned due to misappropriation of funds, but since I have heard he has received a full pardon and is once again back to buy the world's treasures. 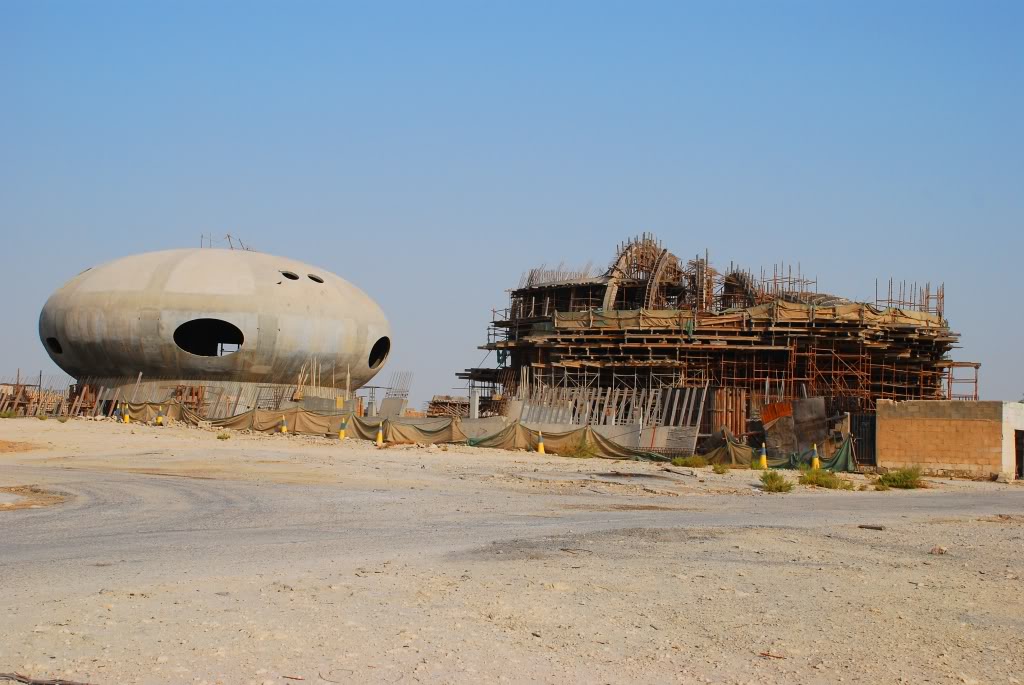 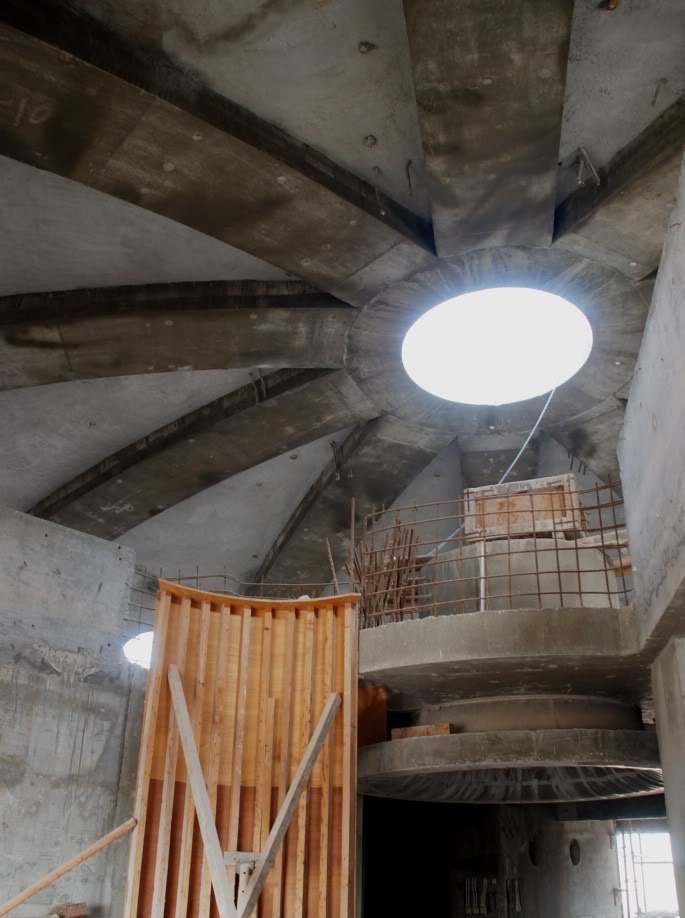 This is inside the top half of the majlis and would have/will be some place when its finished. The idea of a majlis by the way is it is a men-only space where shisha, food and entertainment take place. The rich arabs have cinemas, bars, arcade machines etc etc. The circular apeture to the right of the timber formwork lets light penetrate from the top of the dome, through 3 floors to the ground level 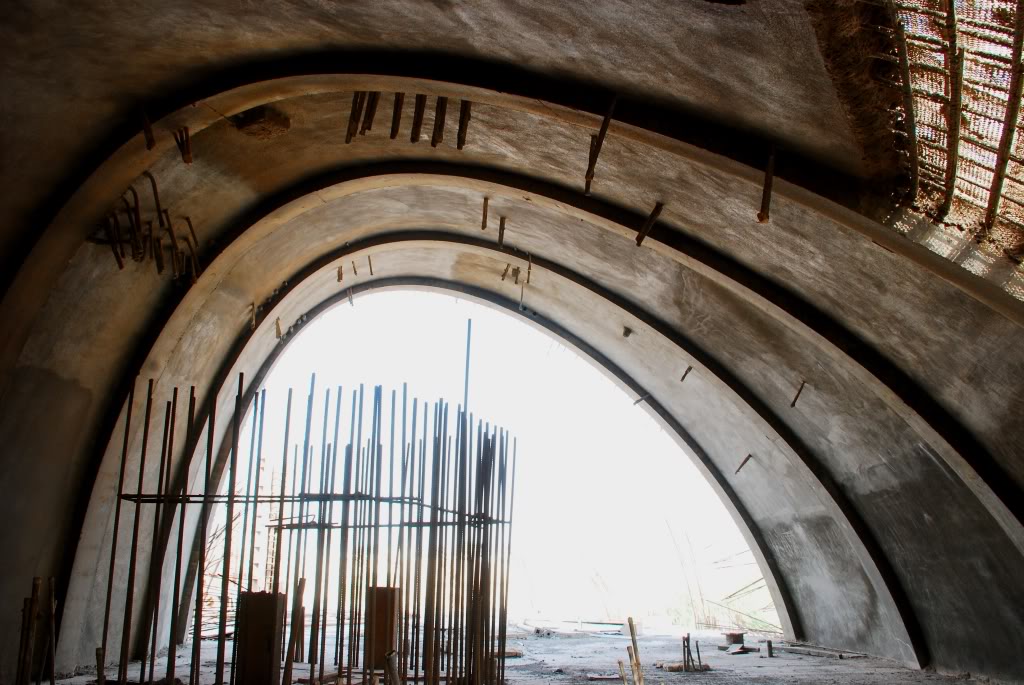 Inside the top section of the villa 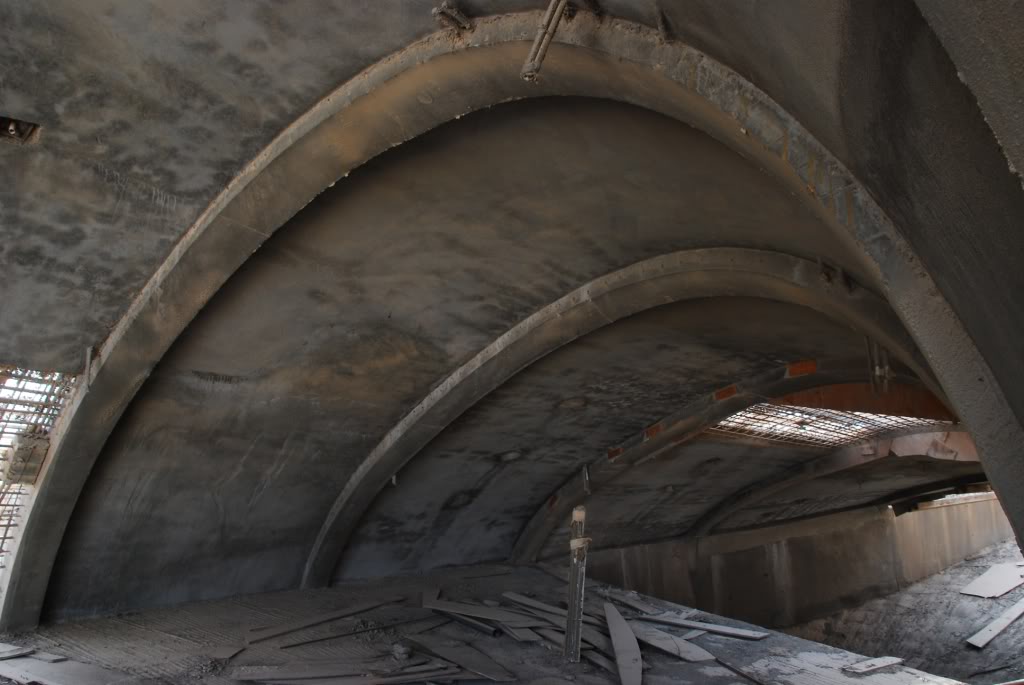 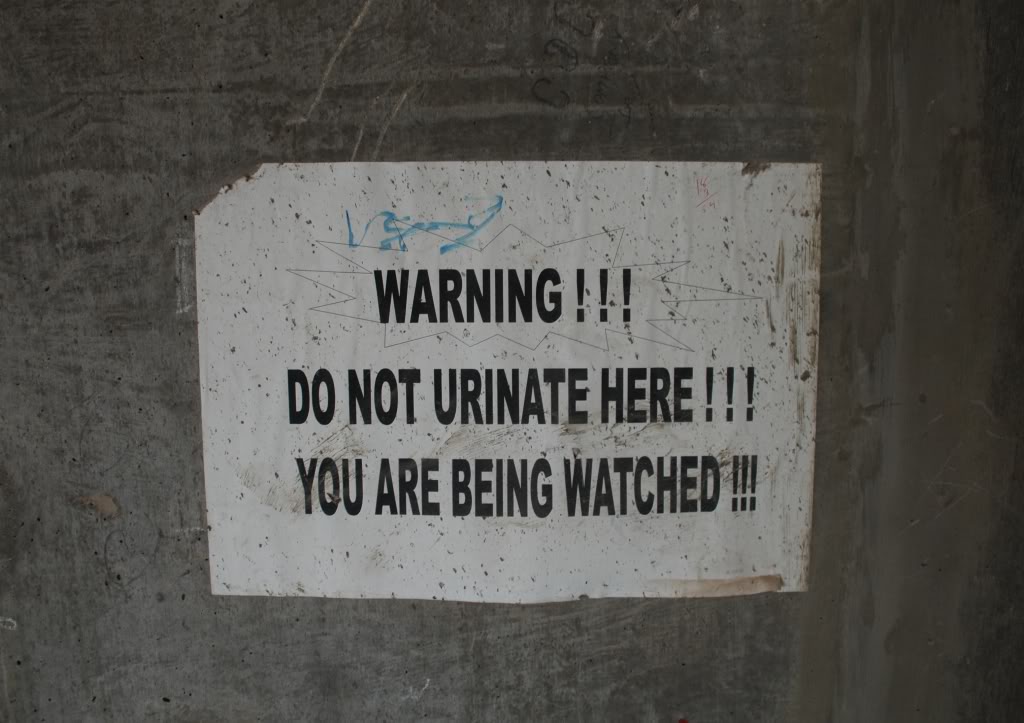 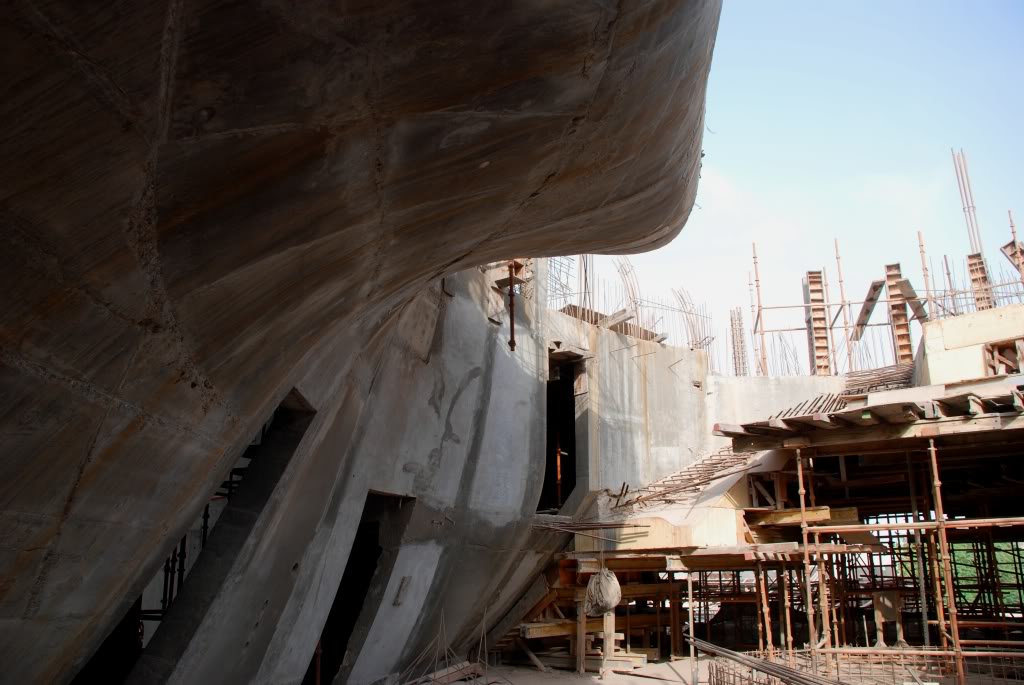 Inside the 'hole' in the villas donut. The original design is meant to have a 25m curved glass atrium suspended over the roof so that the Sheikh could watch the stars from his living room! Inside the concrete shells on the perimeter walls are the living spaces and bathrooms 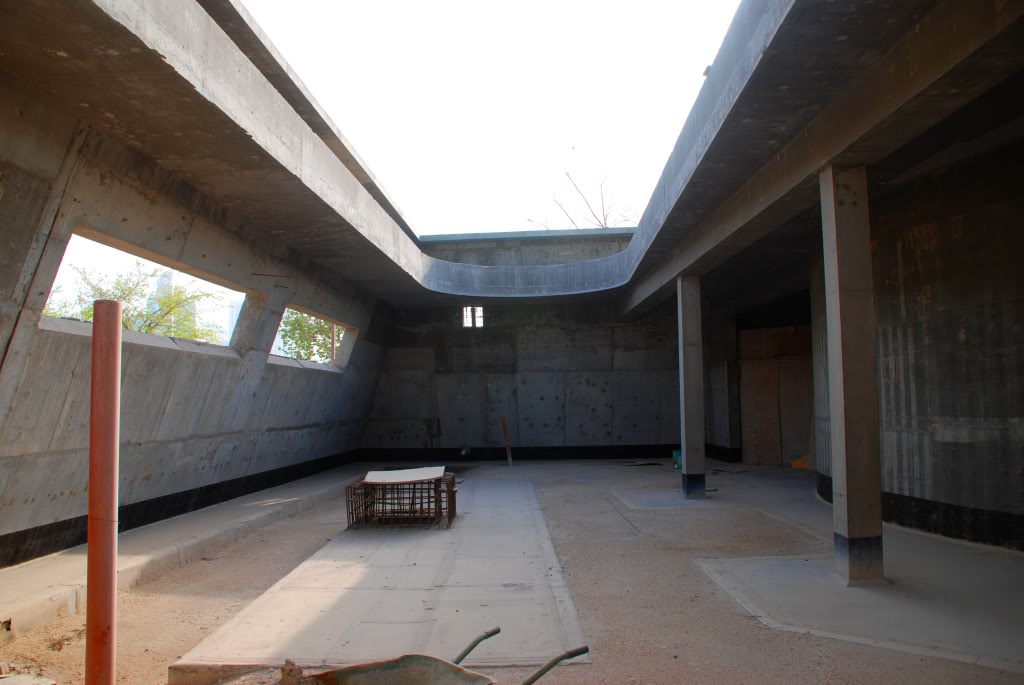 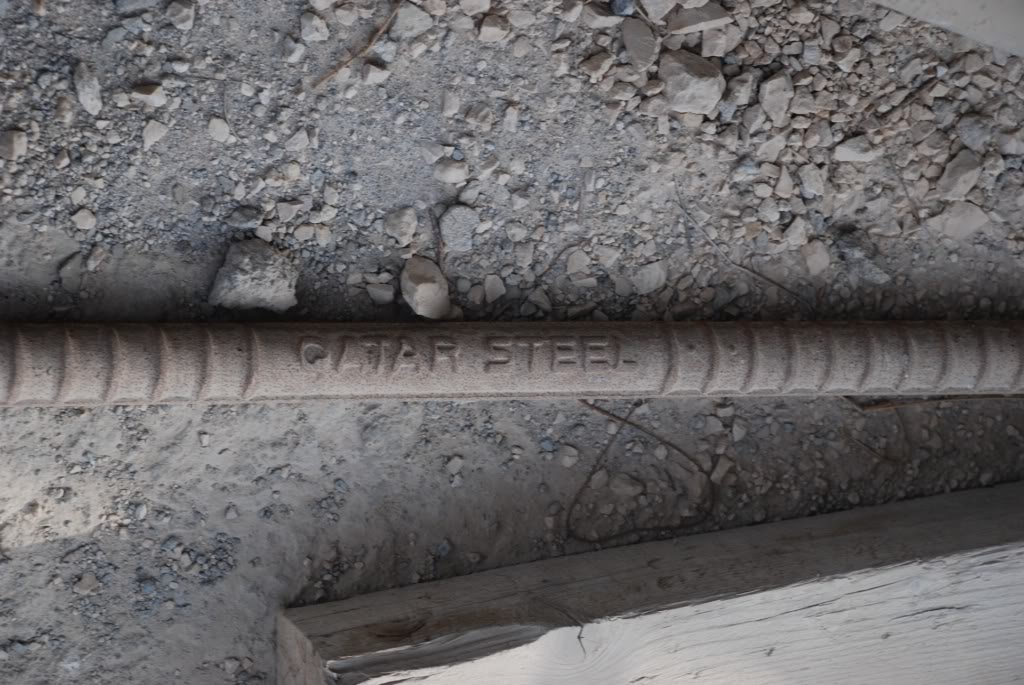 Just in case I forgot which country I was in....