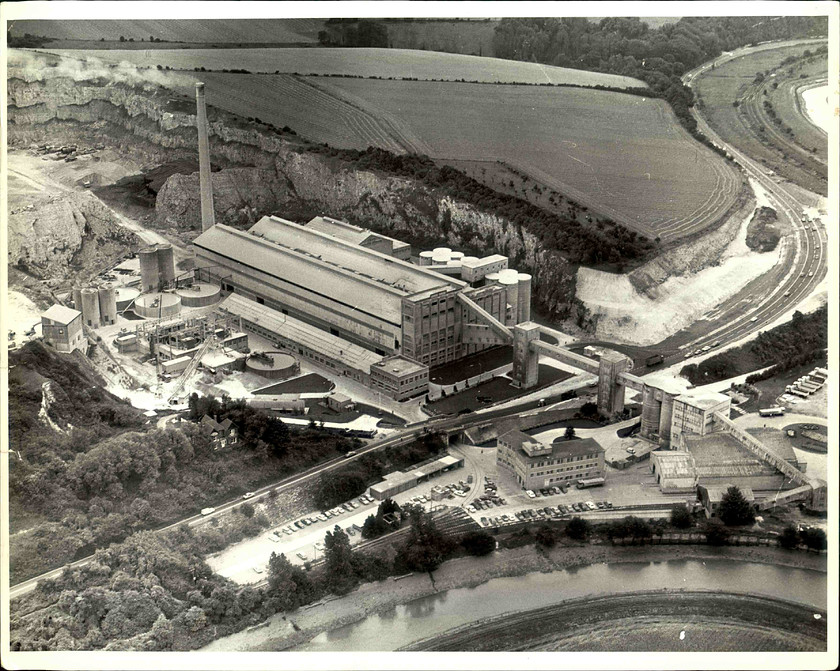 Shoreham Cement Works is situated within the Beeding Chalk Pit. Cement production began at the site during 1883 with a recorded output of 144 tonnes of cement per week. The site was expanded which increased its weekly output to 800 tonnes. The expansion resulted in new rotatory kilns (which were state of the art at the time) and wash mills. Between 1946-1952 the cement demand began to increase and the name 'Shoreham Cement Works' was given to the site. Plenty of new additions were introduced in this period such as, a crushing plant, several wash mills, a mixing plant, clinker stores and many more components. Hundreds of jobs were provided to the local community based upon the sites advanced design. The output at this point reached 550 tonnes per day! Over the final years, minor changes occurred to improve the sites efficiency but come 1991 the site shut its doors due to it becoming outdated, having a poor mechanical arrangement, a high pollution level and high dust loss.

When planning our trip to the south of England, we were looking for huge industry to quench our thirst for these types of explores. Having known about Shoreham for some-time, it made sense to extend our travel and make the most out of this place and the other locations around the area and the far south. Being able to experience the scale of the hall with the kilns was something we had been wanting to do for a long time and to finally get it done was a great feeling.

After a failed nights camping for us two and @DustySensorPhotography, we settled with sleeping in our cars near to site. We got up early and met up with the others from the large group we had for this explore, consisting of: @UrbandonedTeam, @KPUrban_, @xplorer.x and @LashedLlama. Leaving the rest of the camping gear out, we began to descend towards the chalk pit where the works sit. After fighting with an abundance of brambles, nettles, and various other bushes and trees, we appeared in the open to see the chimney protruding over cliff edges. 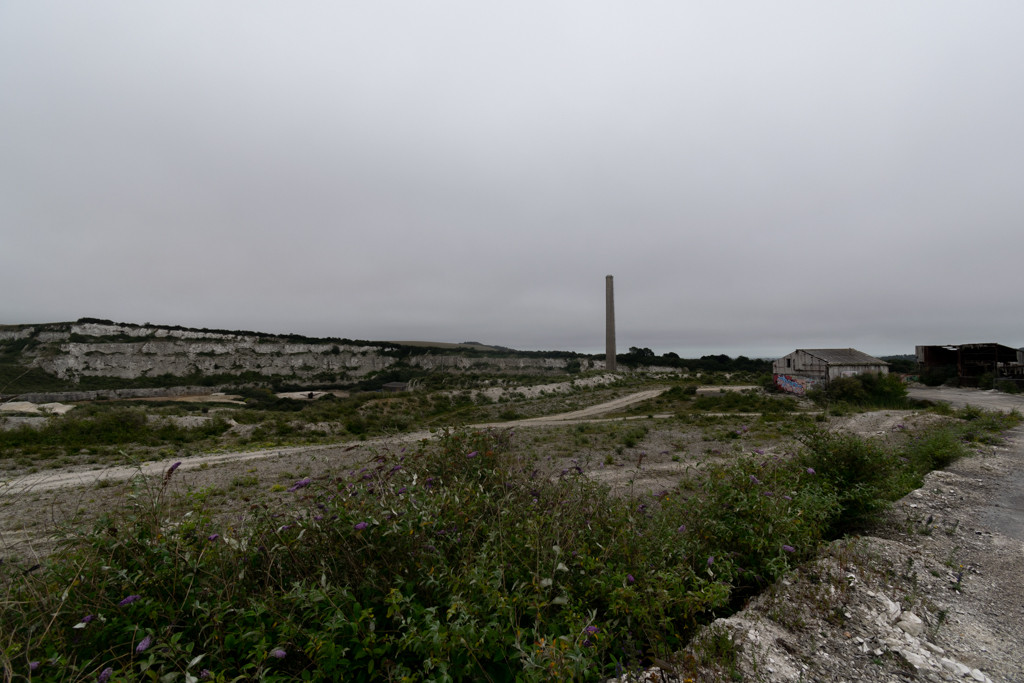 Shot of the landscape we were dealing with upon entry elsewhere in the site. 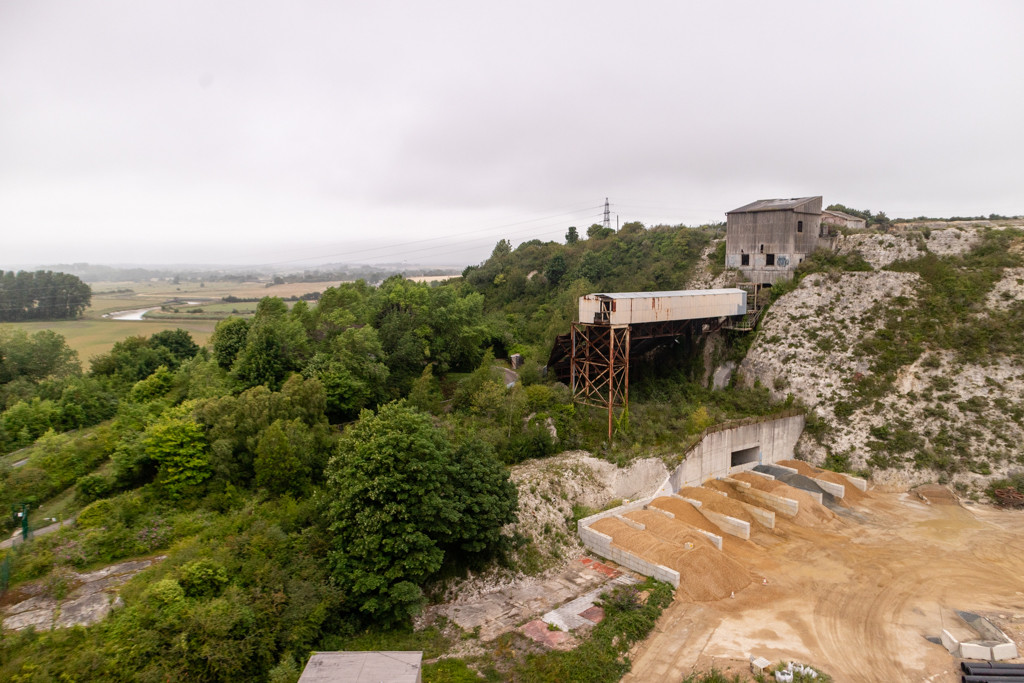 We continued down the patrol roads, remaining wary of possible security cars appearing. We continued to move forward undetected taking a longer route to make sure we weren't spotted by workmen just behind our access point. After a series of individual darts across open land we made it to the access and began to work our way to the conveyors. 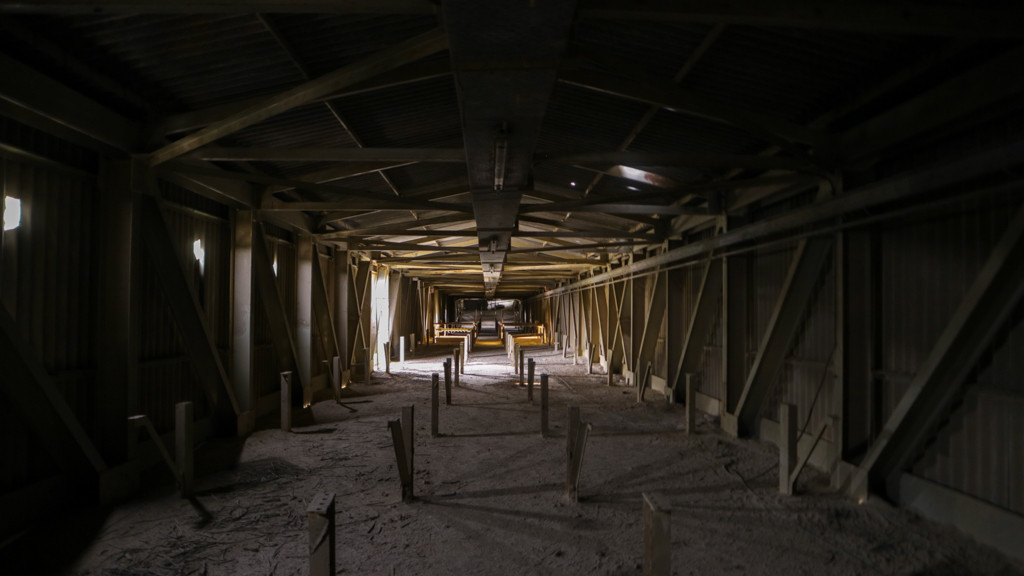 It wasn't long before we found ourselves staring in awe at the size of the huge Vickers Armstrong kilns. I am not too happy with the shots from here out but least we got it documented. 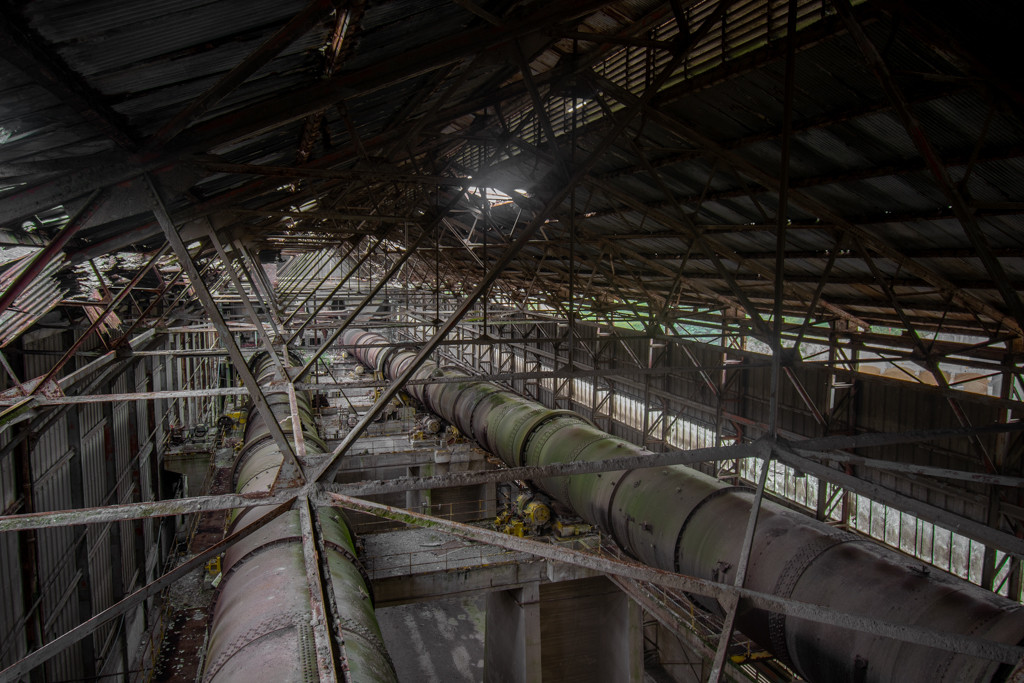 What we found great about this room is at the feeder end there multiple levels to see and shoot the kilns from, each spot giving you a different sense of scale. 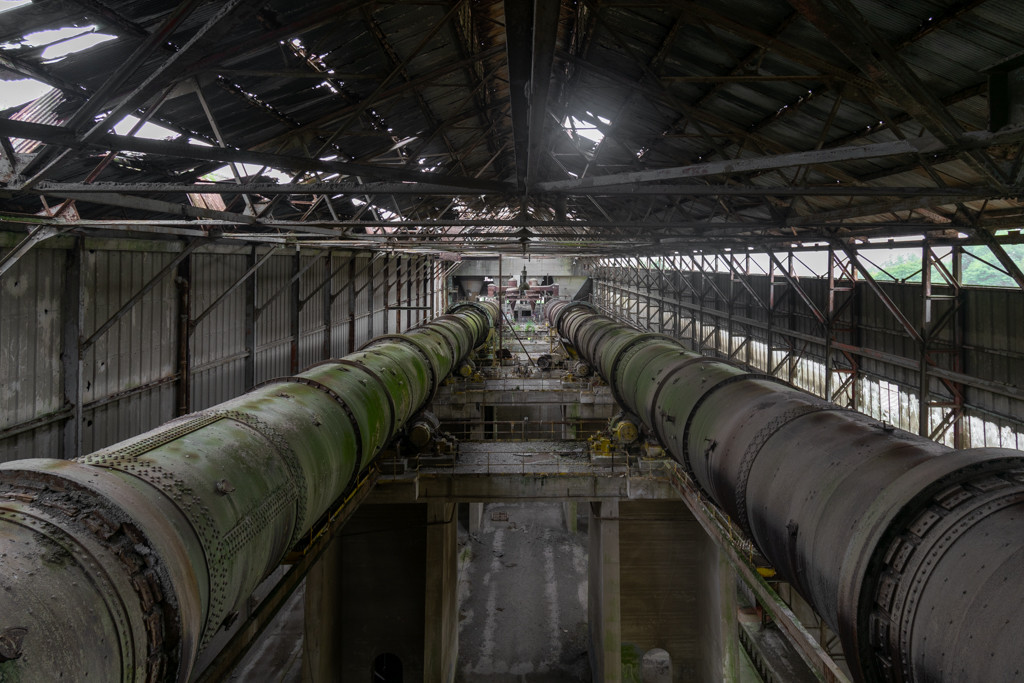 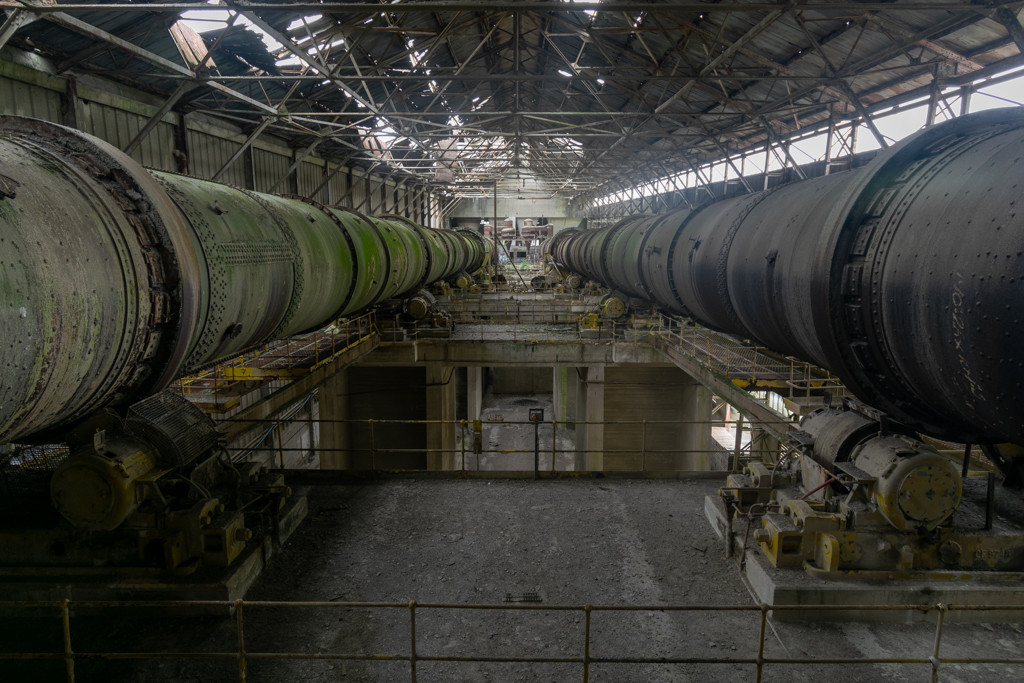 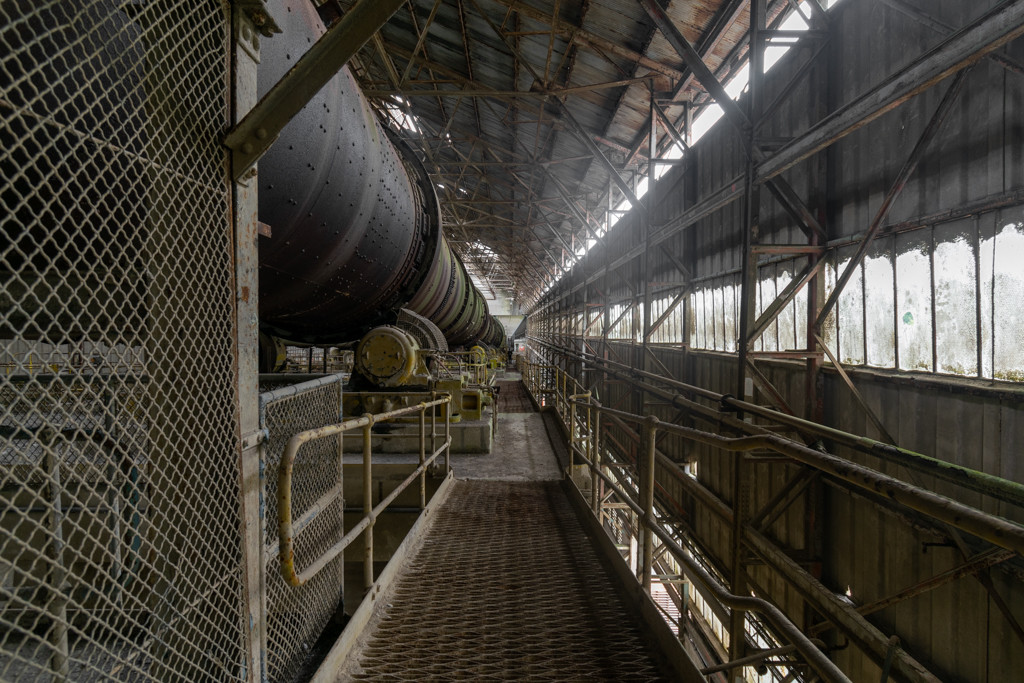 I would go into detail here on the process behind the kilns but @KPUrban_ just posted a fantastic report which we could not top and I am sure you've all seen. His photos are way better too! If you wish to know more about the process, We'd highly recommend reading his report here: https://www.28dayslater.co.uk/threads/shoreham-cement-works-upper-beeding-july-2020.124129/

We headed down to see the kilns from the control room and cooler end, again giving us a completely new perspective 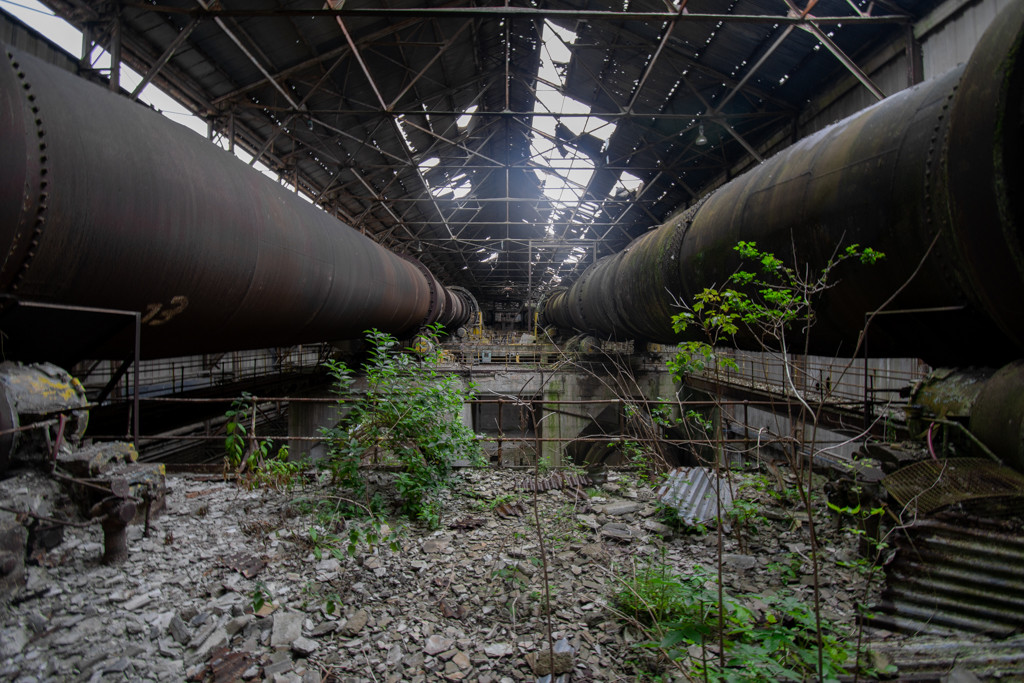 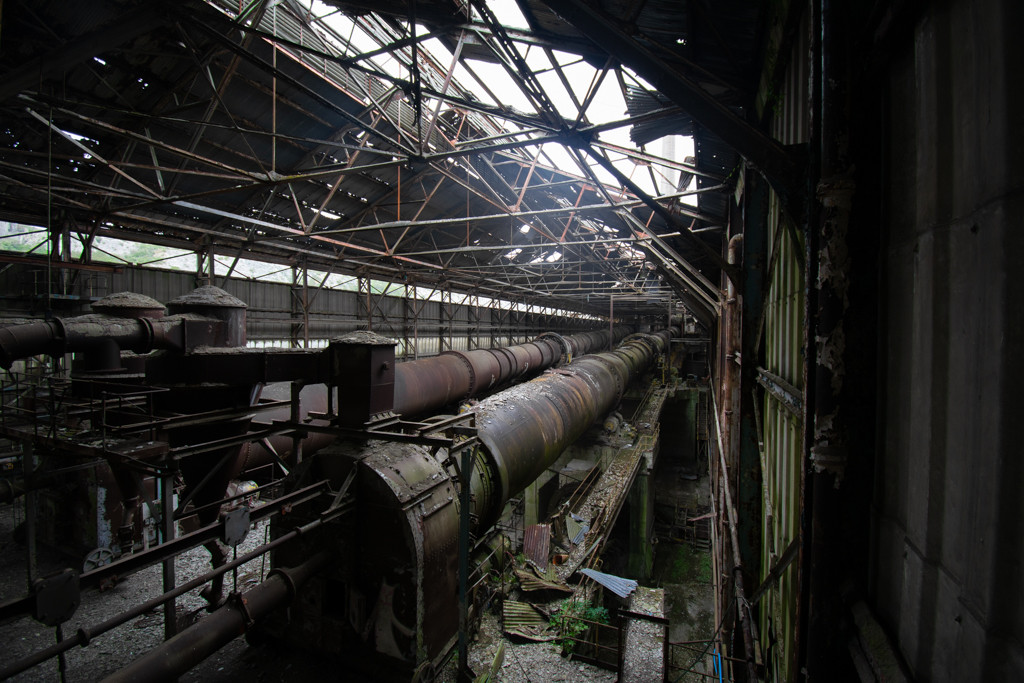 The group then re-gathered as we headed towards the cement mills and motor house. 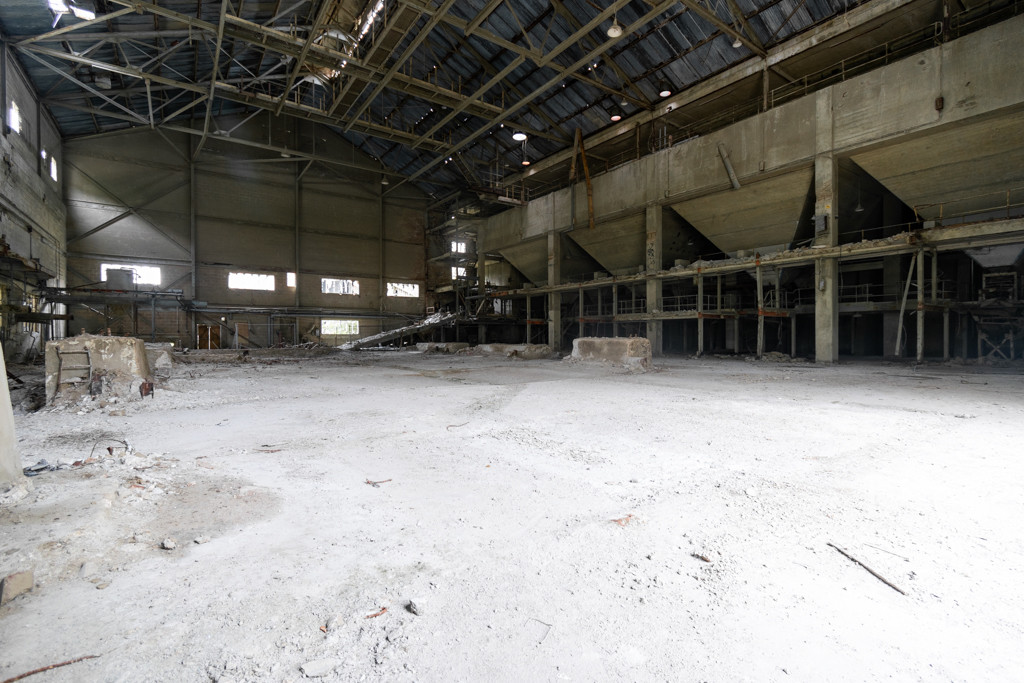 Adjoined to this was the motor house. We were quite excited to see and capture this as there aren't many photos knocking about.
Inside sat a row of 4 motors used to power the mill. 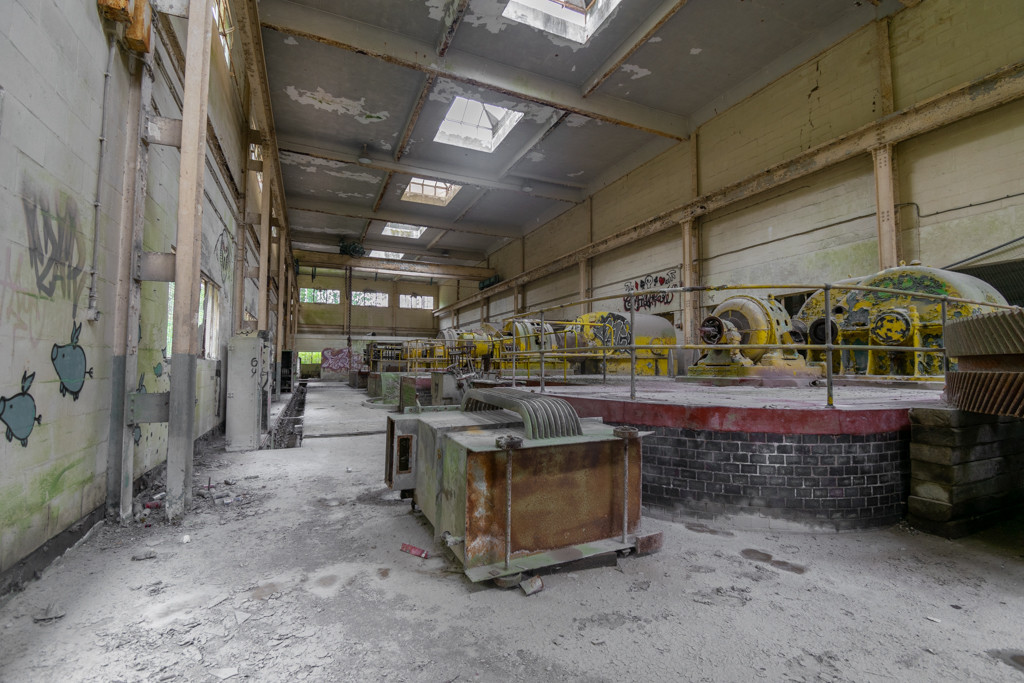 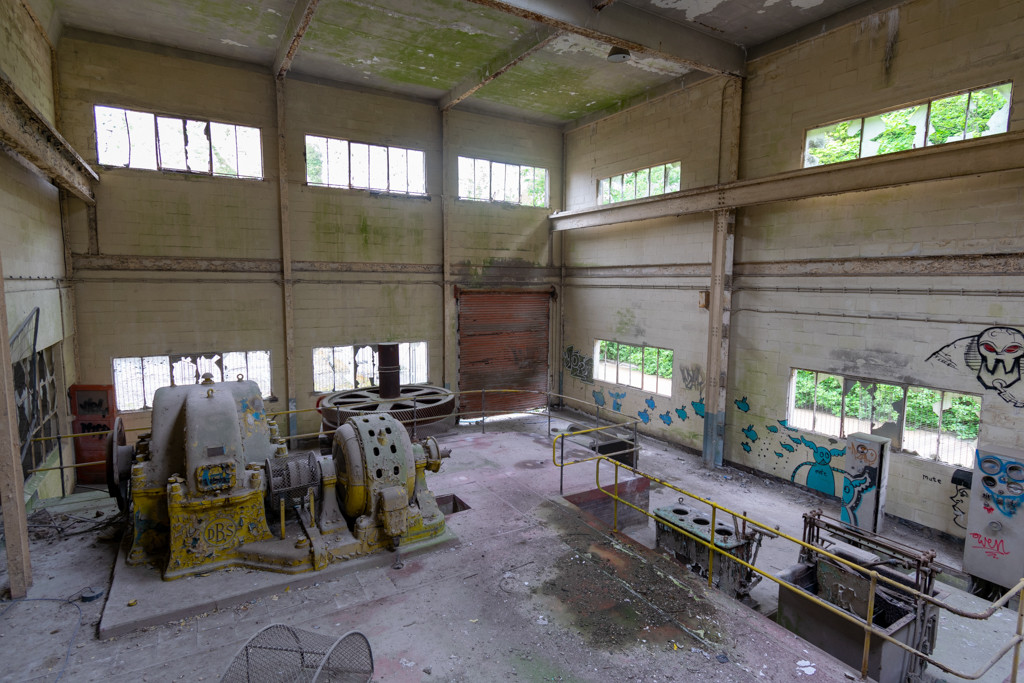 Parts of the motors were stripped and components of some sort had been taken out. 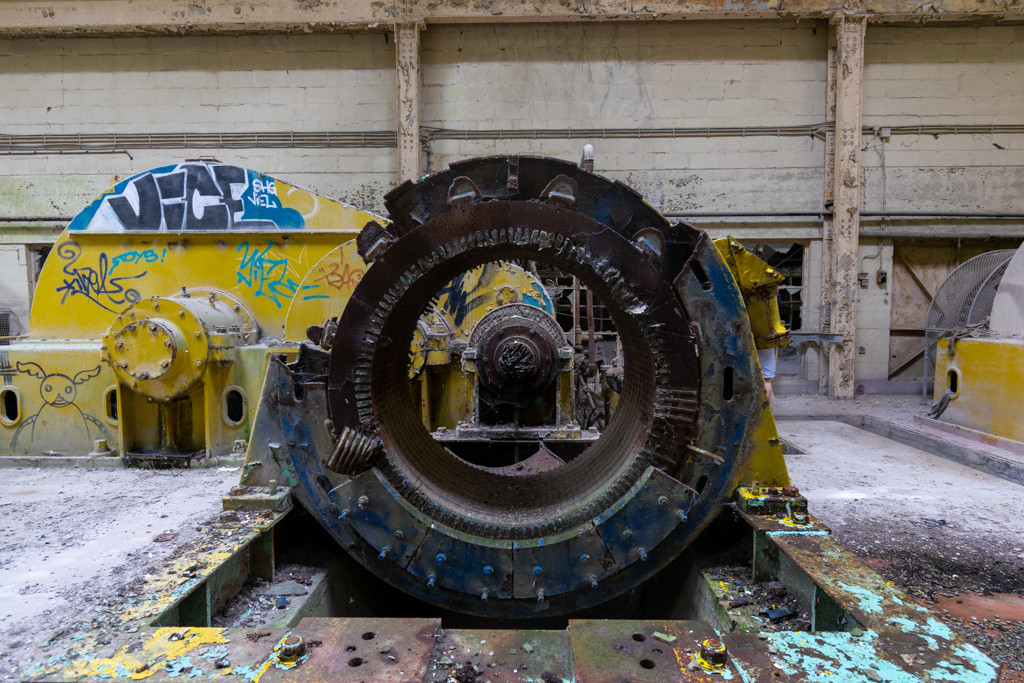 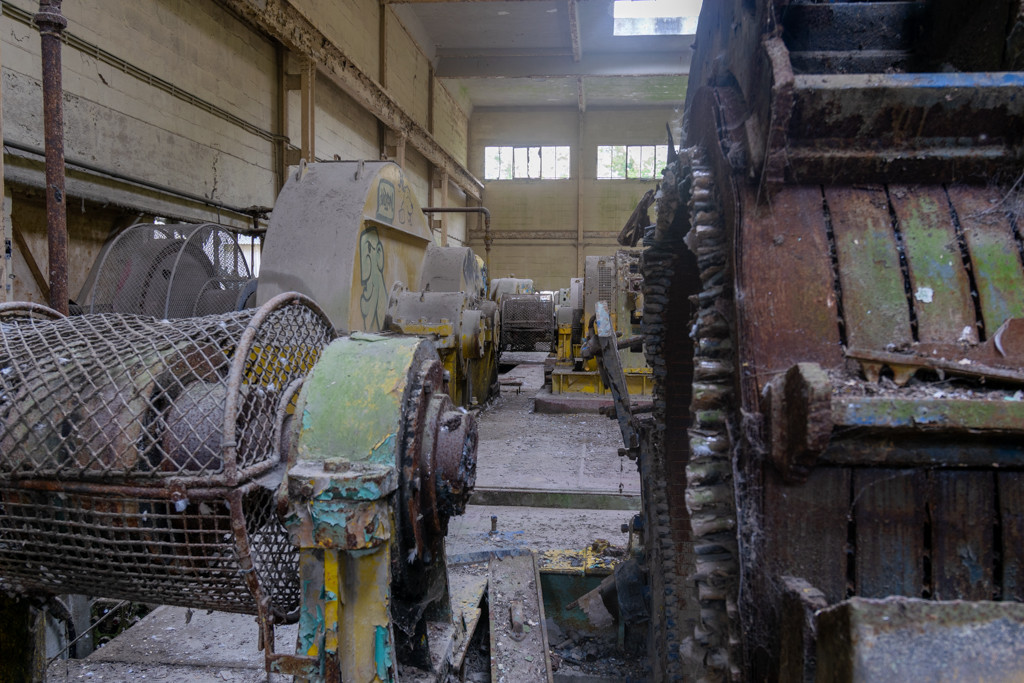 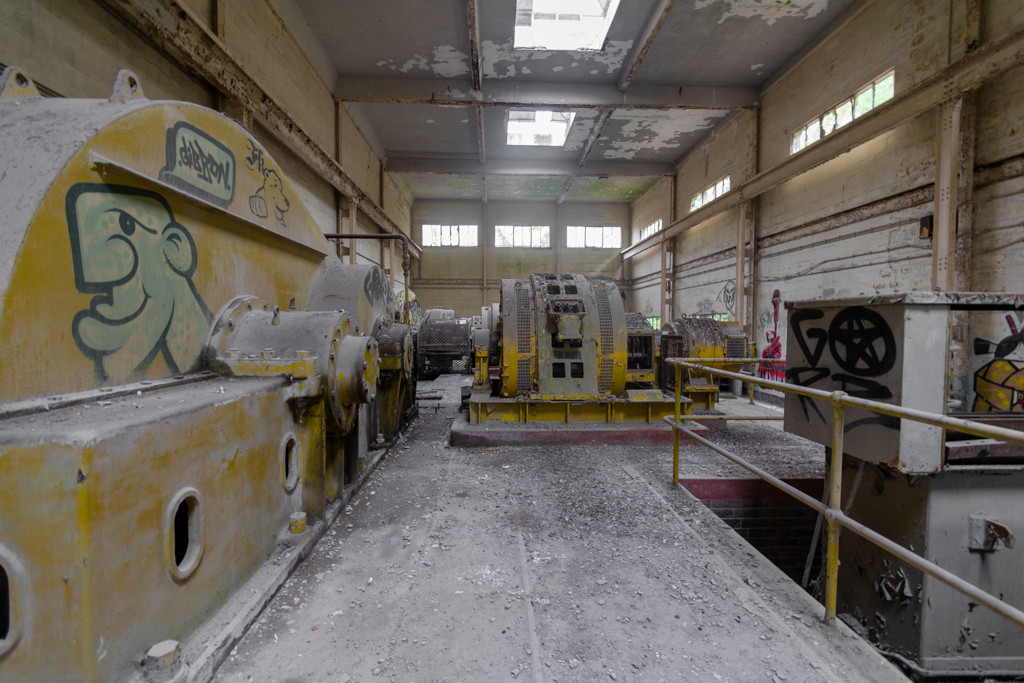 Here are a few other misc shots. We found a huge storage hall we could access from a crane with wooden walkways! 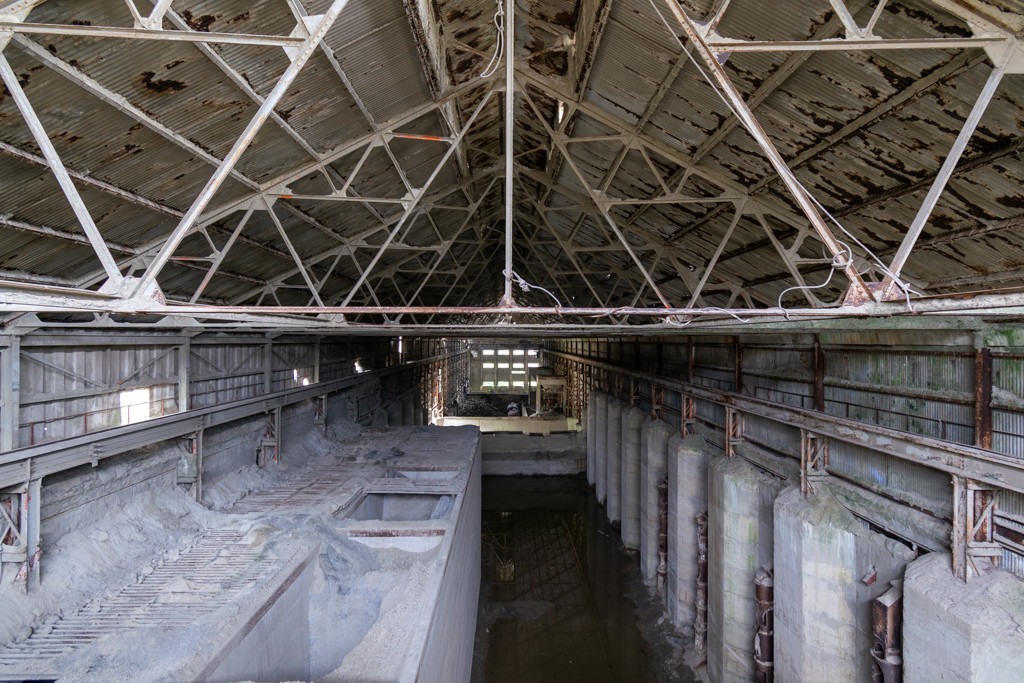 A view from the roof over the complex: 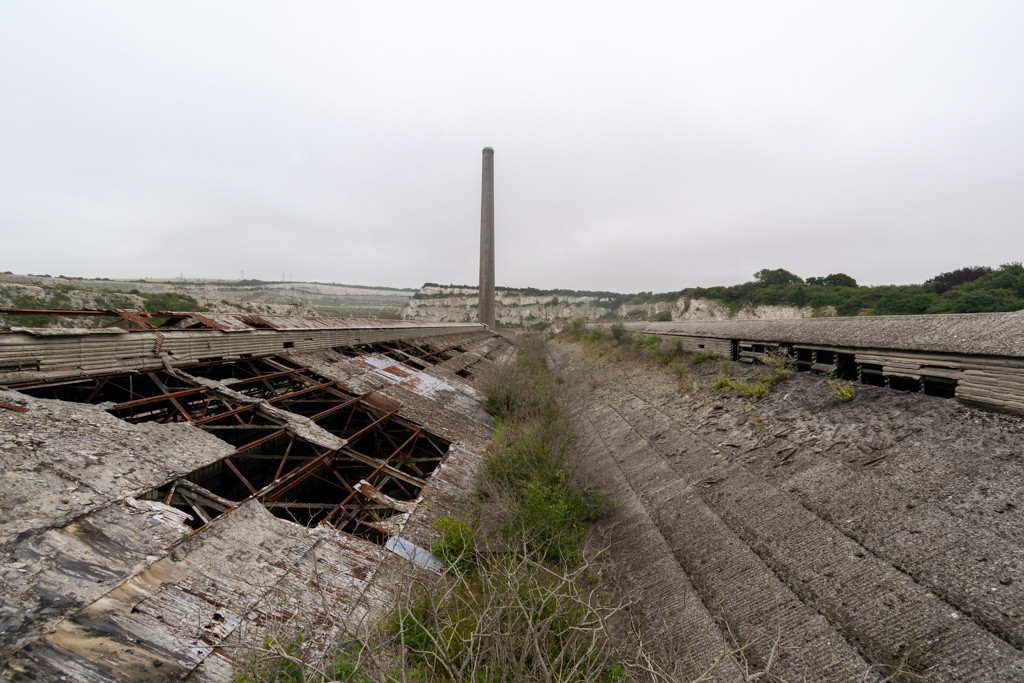 As always, we produced a documentary style video on the location. It shows more of our infiltration and other parts of the explore that aren't included. Feel free to watch below:

28DL Full Member
Nice report man! The size of that place was crazy, combined with the power station-esk dust everywhere

DustySensorPhotography said:
Nice report man! The size of that place was crazy, combined with the power station-esk dust everywhere

28DL Full Member
Awesome stuff mate. Quite like some of the images you got, mine appeared way too orange, you seem to have got the colours just right.
Powered by a 1.4 liter, 8 valve, 4 cylinder, naturally aspirated petrol engine capable of 74 earth moving horsepower.
The Derelict And Disused​

KPUrban_ said:
Awesome stuff mate. Quite like some of the images you got, mine appeared way too orange, you seem to have got the colours just right.
Click to expand...

Thanks. I had to work with them for a while. Still not 100% satisfied but I’ll take em
Flickr​