ROF Bridgwater was constructed early on in WW2 for the Ministry of Supply and opened in 1941. Initially it manufactured RDX explosives for the armed forces.

The factory was essentially self-supporting other than for raw materials. It generated high-pressure steam for heating and production processes using its own coal-fired power station; it could also produce electricity using a steam turbine. During World War II before the National Grid was fully developed, it was connected to two independent power stations, Portishead (now demolished) and Shepton Mallet.

Between 1940 and 1941 housing for workers was built as "pre-fabs" in the adjacent village of Woolavington. Hostels for single workers were built at nearby Dunball, by the King's Sedgemoor Drain.

The site was guarded until shortly after privatisation by the MoD Police, which had its barracks and canteen opposite the main gates. These have long since been demolished. Three brick MoD Police houses are still in use on the Woolavington Road, but they are no longer occupied by the police.

The factory was connected to the Great Western Railway (GWR) by a private, 4 ft 8+1⁄2 in (1,435 mm) standard gauge branch line and sidings with its own locomotive. This was used both for supplies, such as acid in tanker wagons from ICI and coal for the power station, and for distribution of the finished product.

A bridge was built in the early 1970s to carry the line over the M5 motorway, just north of junction 23, when the M5 was extended southwards from the M50. The line became disused after the privatisation of the ROFs and the track has been lifted. The British Rail sidings were known as Huntspill (Puriton).

During the construction period it appears that the decision was made to fill munitions, including the bouncing bomb, with a mixture of TNT and RDX rather than RDX alone. The factory manufactured RDX in two separate production units, then sent to Filling Factories such as ROF Chorley and ROF Glascoed for filling into munitions. It also concentrated and re-cycled its own sulphuric acid.

Like all ROFs at the time, the factory was a production factory: formulation of explosives, propellants and munitions was carried out at separate government-owned research and development establishments such as the Research Department, initially at the Royal Arsenal, Woolwich and then Fort Halstead; and at PERME Waltham Abbey, later transferred to RARDE Fort Halstead. After privatisation Royal Ordnance PLC took over some of this capability, other parts being closed or becoming part of QinetiQ.

Royal Ordnance factories were privatised on 2 January 1985 and became part of the Explosive Division of Royal Ordnance Plc, later RO Defence. RO Defence was acquired by BAE Systems in the 1990s and was subsumed into BAE Systems Land Systems. The factory closed in July 2008. In 2017, it was bought by the merchant bank Salamanca Group in a multi-million pound deal to create Gravity - a low carbon smart campus which is now a subsidiary of the Salamanca Group.
Click to expand...

I was of the opinion that all of ROF Bridgwater was gone. A quick scout at where it once stood on google maps reveals a wasteland of demolished buildings over a vast area, however I spotted a couple of things of potential interest left behind and, as I was heading down to the westcountry, decided to check them out. One was what I assumed was a pumping station next to King's Sedgemoor Drain, it had a BAE Land Systems sign out front so I knew it was connected to ROF Bridgwater in some capacity. The second was an old water treatment works and reservoir standing between the pumping station and the perimeter of ROF Bridgwater which I knew precisely nothing about.

The pumping station has a trio of Harland pumps to raise water from King's Sedgemoor Drain and is remarkably intact for the most part, although the building itself is being ripped apart due to some incredible subsidence. Also in the compound is a small empty building and a pillbox for added protection. It was incredibly overgrown, but doesn't seem to have changed much in the six years since @Styru covered it. I even braved descending into the bowels of the pumping station where a bat decided to fly straight at my head and I discovered a deep dark pit of watery doom. 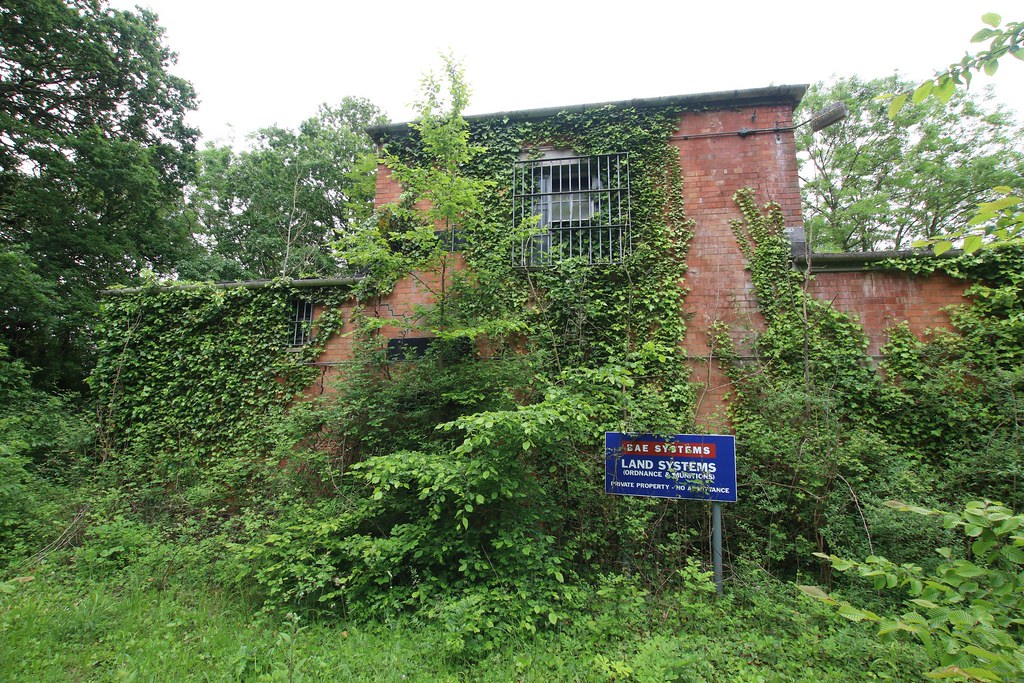 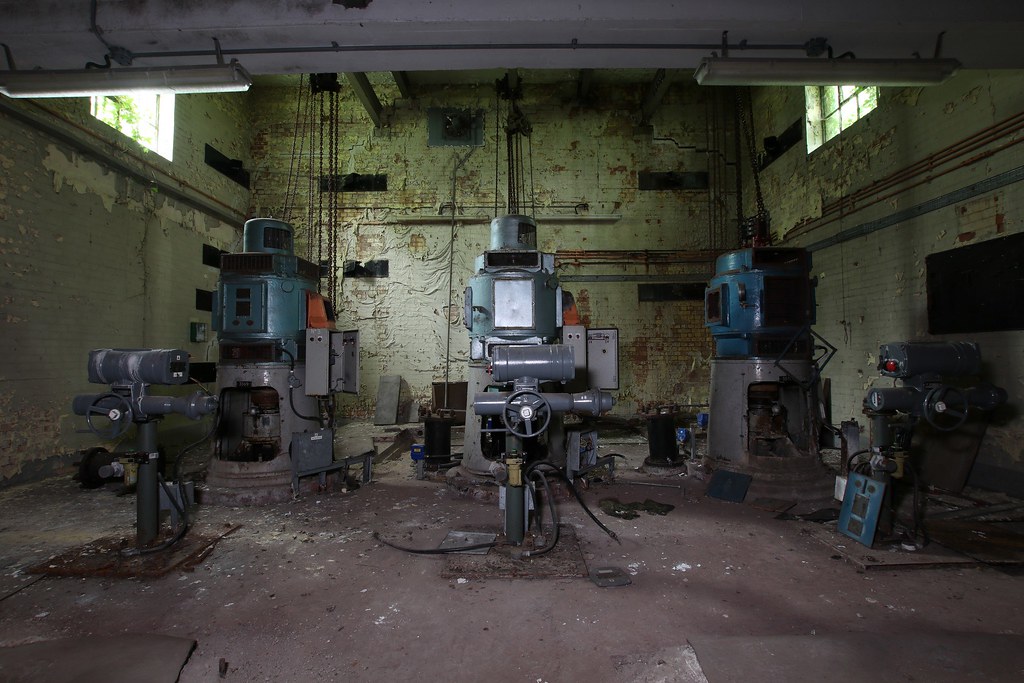 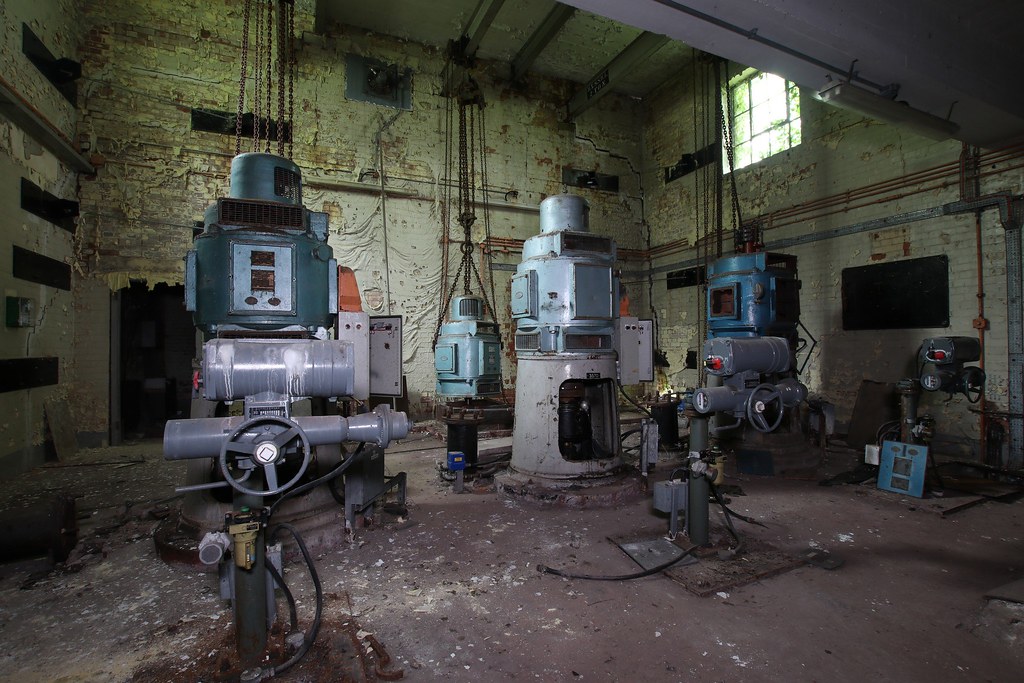 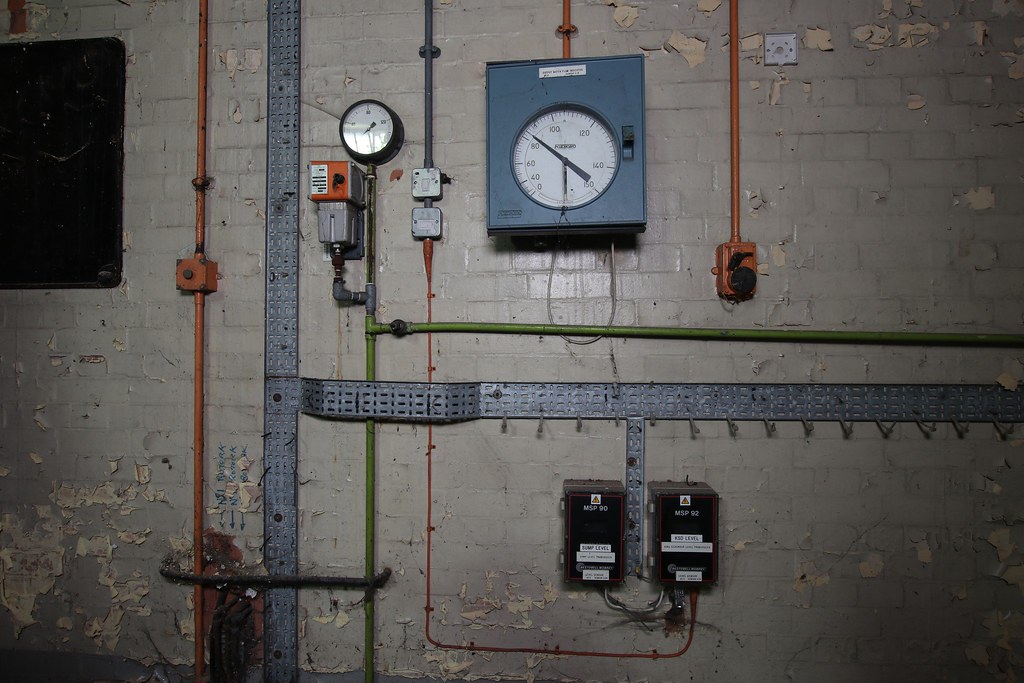 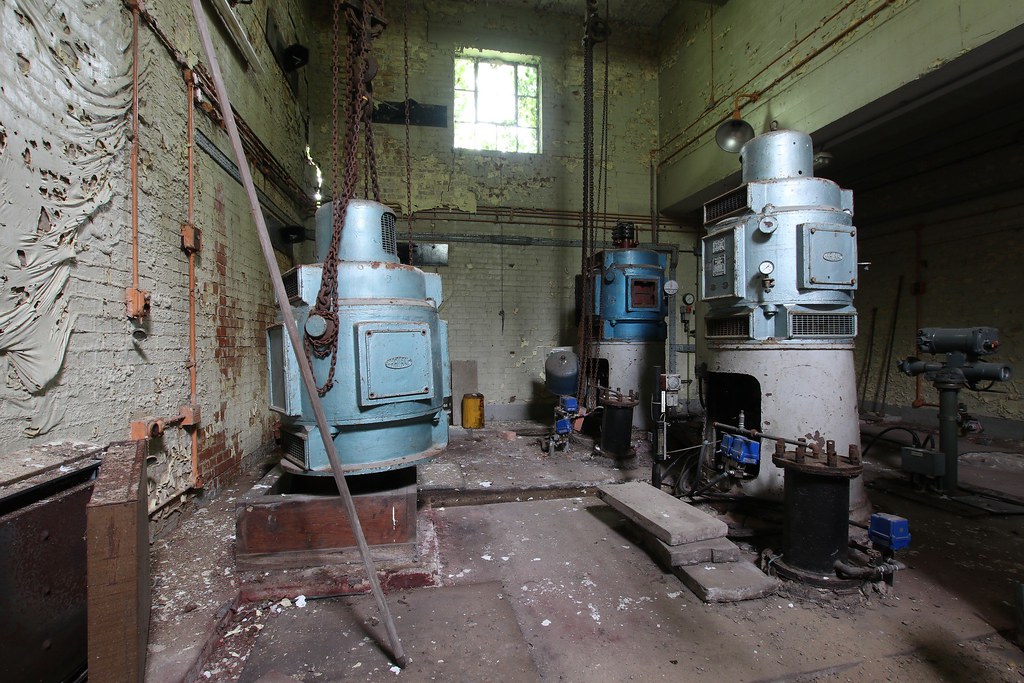 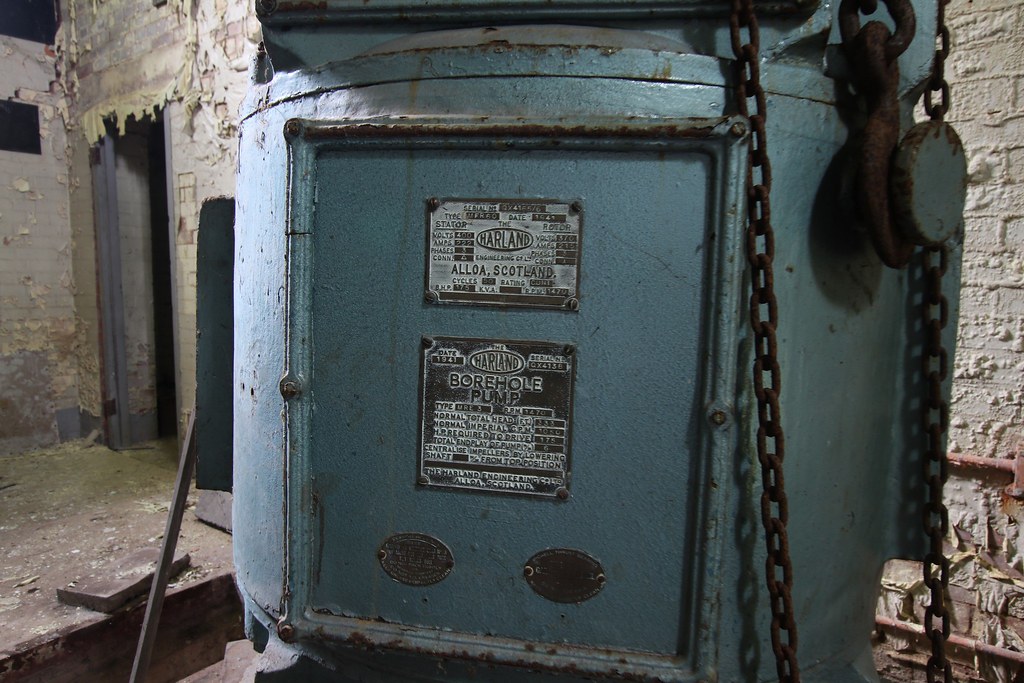 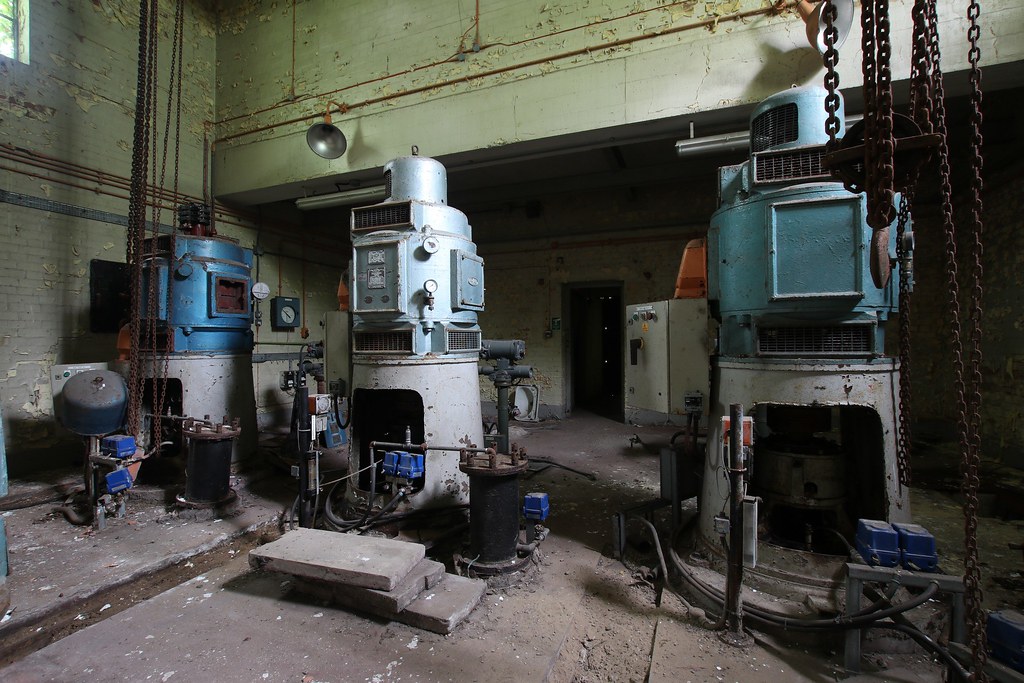 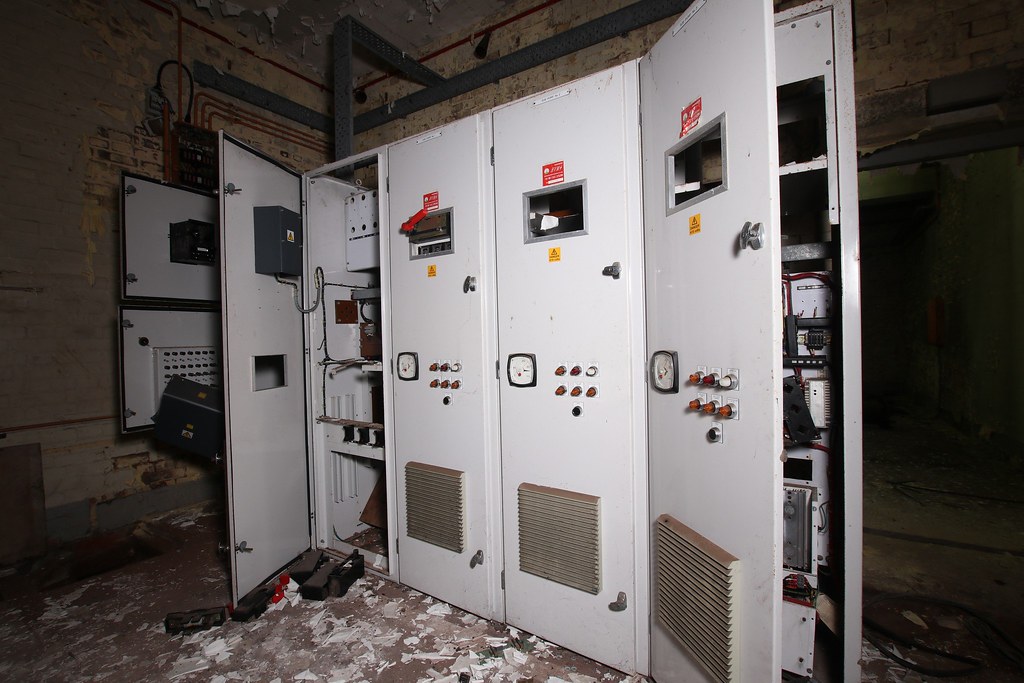 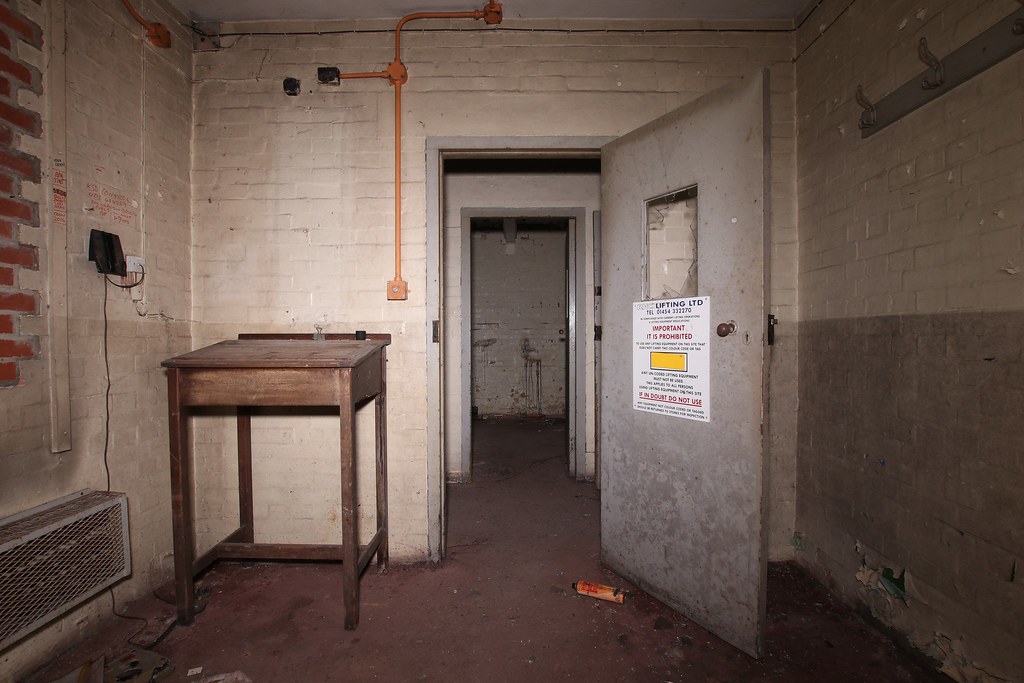 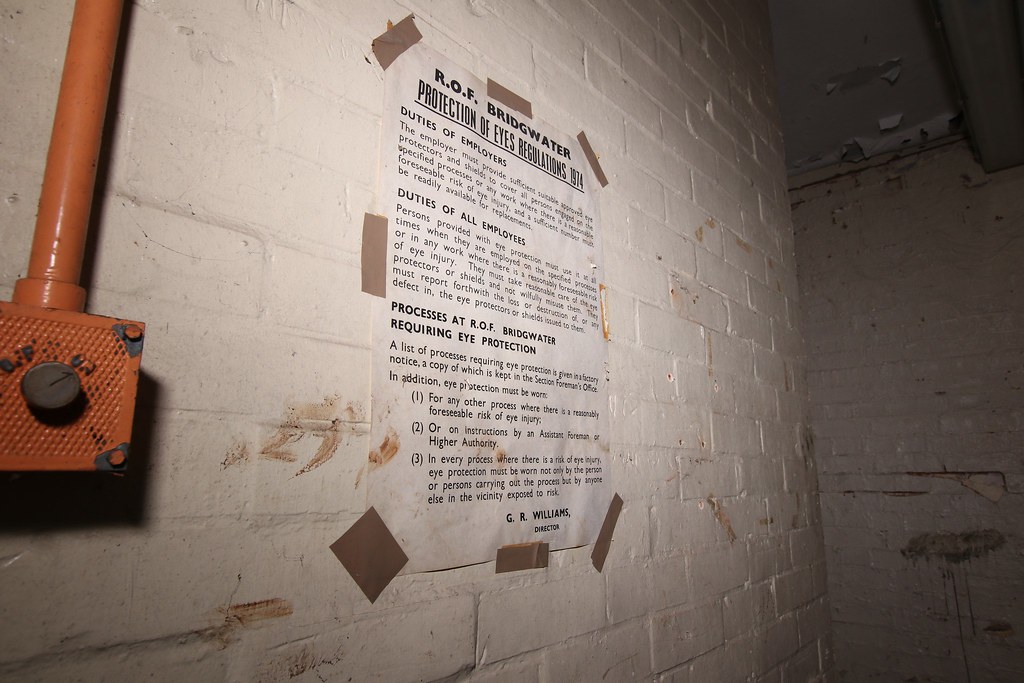 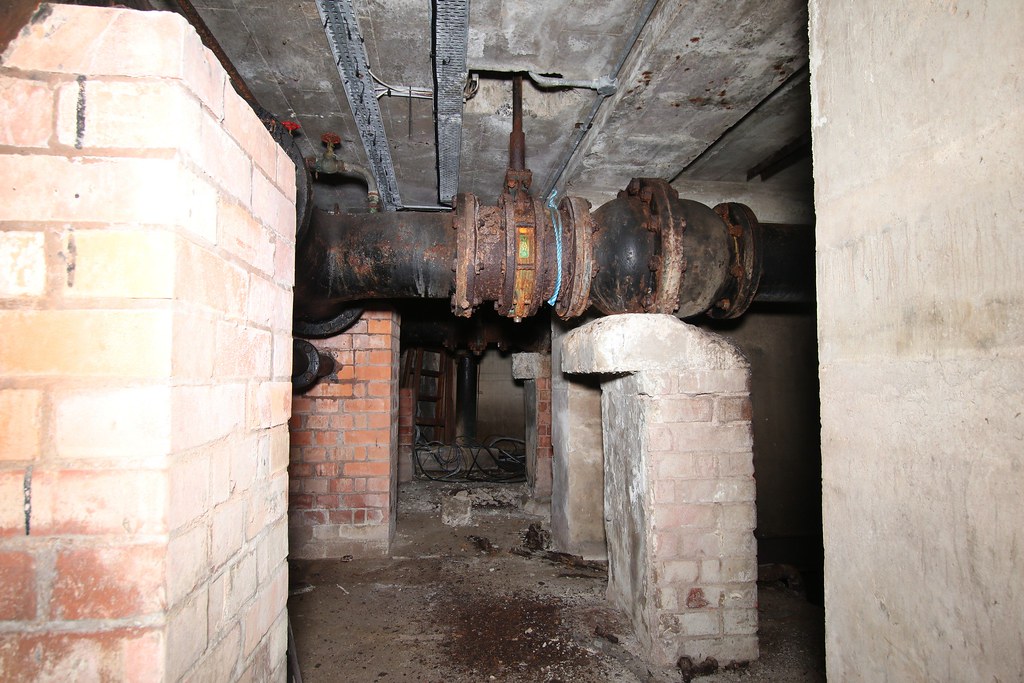 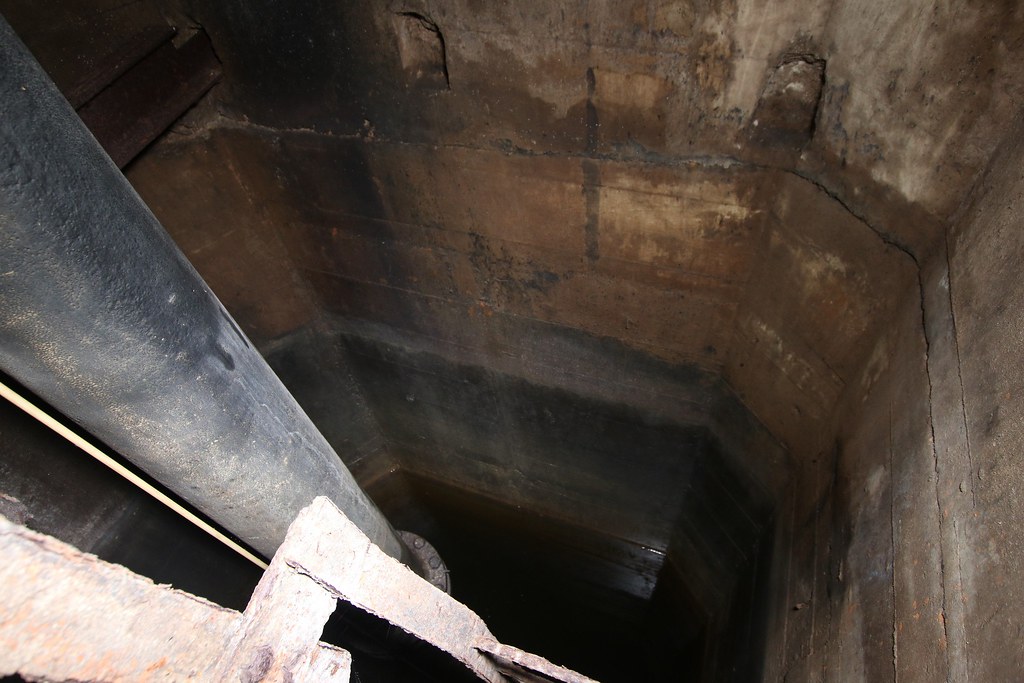 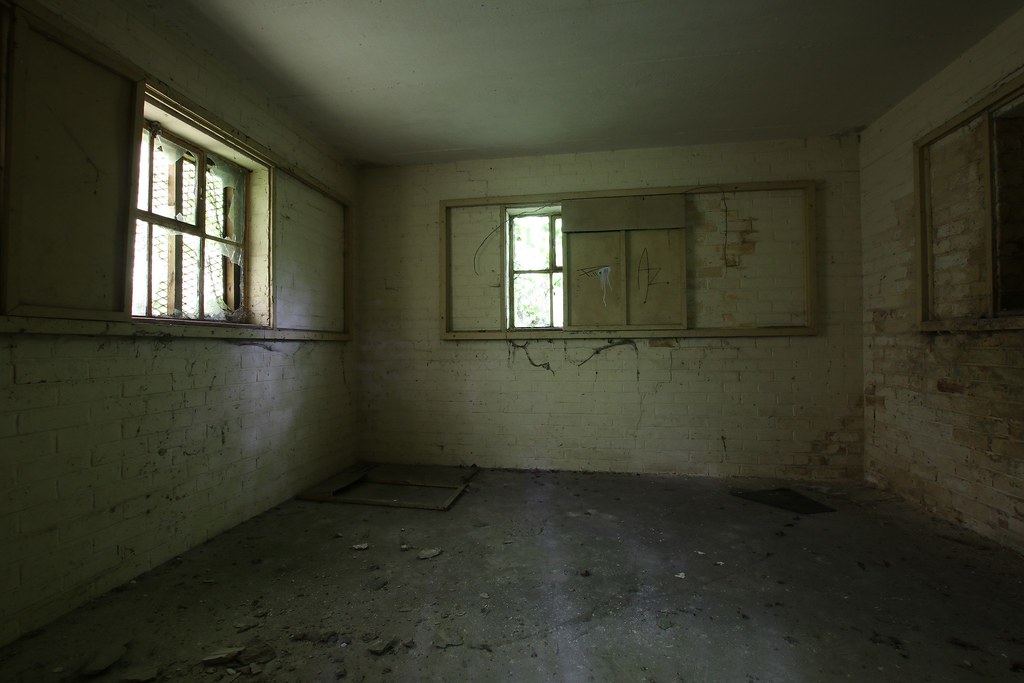 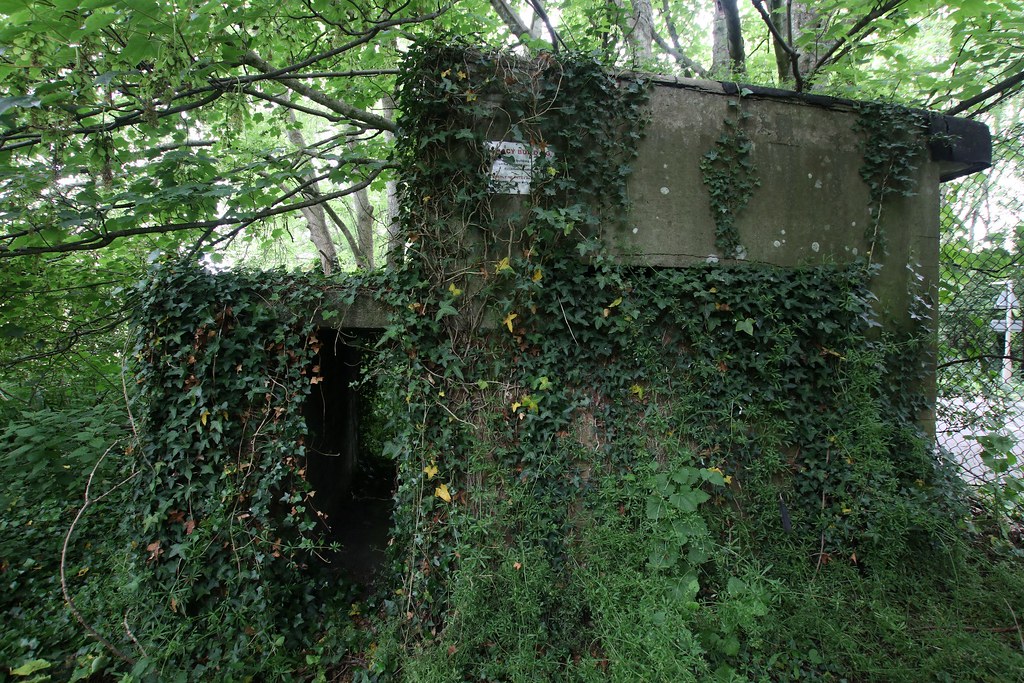 About a mile away from here was the reservoir and treatment works. At the time I wasn't sure whether it was connected to ROF Bridgwater, however after walking up to it and seeing another BAE Land Systems sign as well as a couple of the same pillboxes it became clear they were all interconnected. This place I knew absolutely nothing about but it looked quite inviting, however it would turn out to be one of the most frustrating sites I've visited for ages, as we clambered all over the main treatment building only to find everything totally bricked up. Thankfully the reservoir was open, as one corner of it has literally been demolished, which was cool. 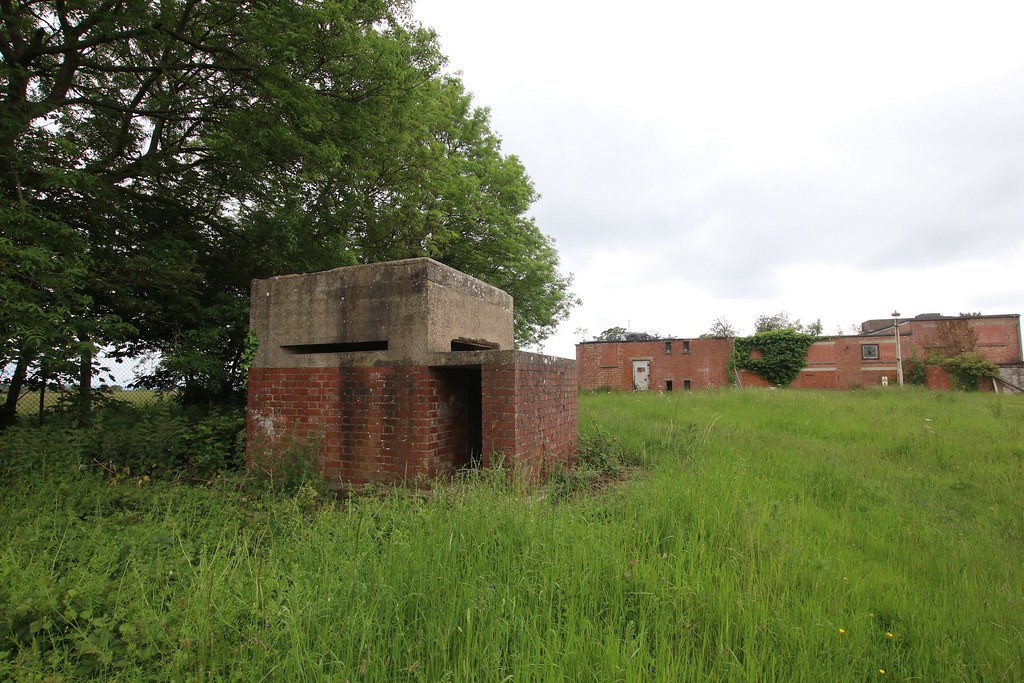 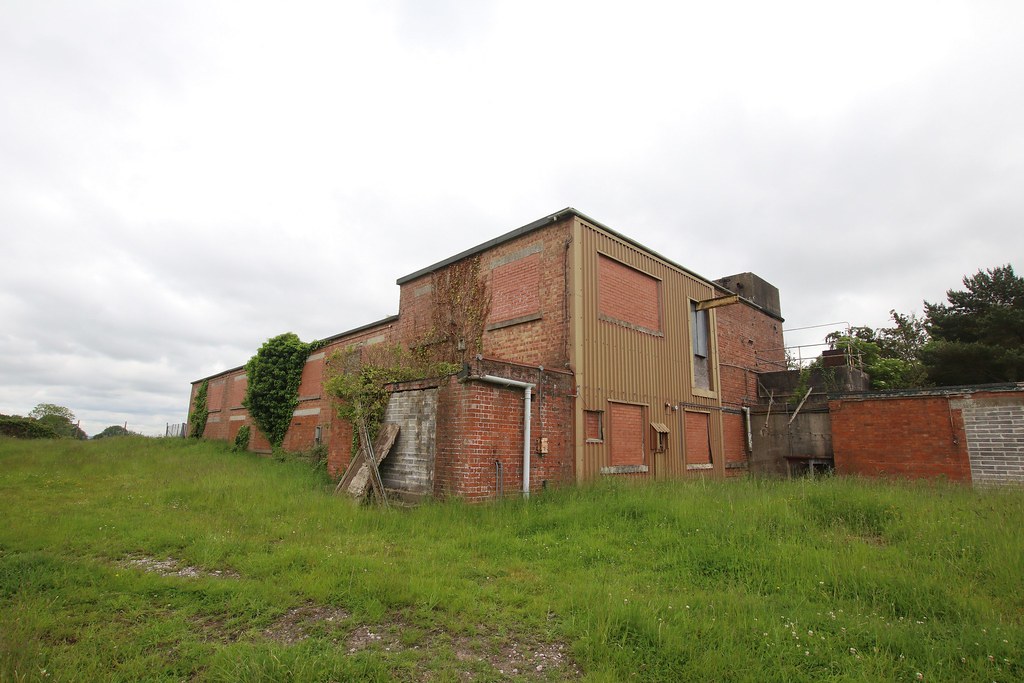 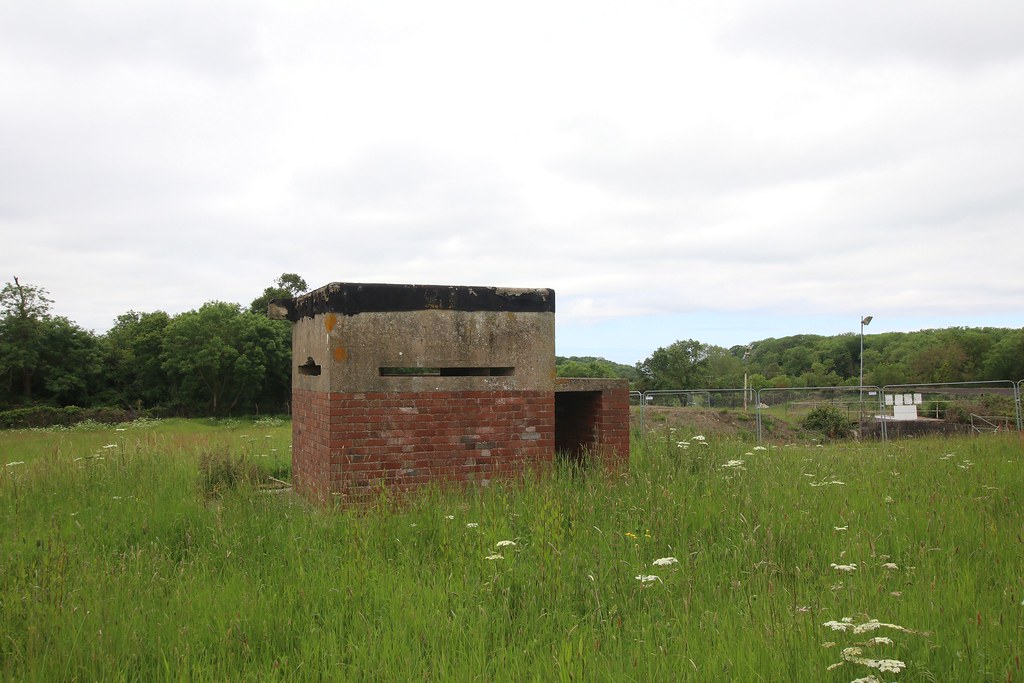 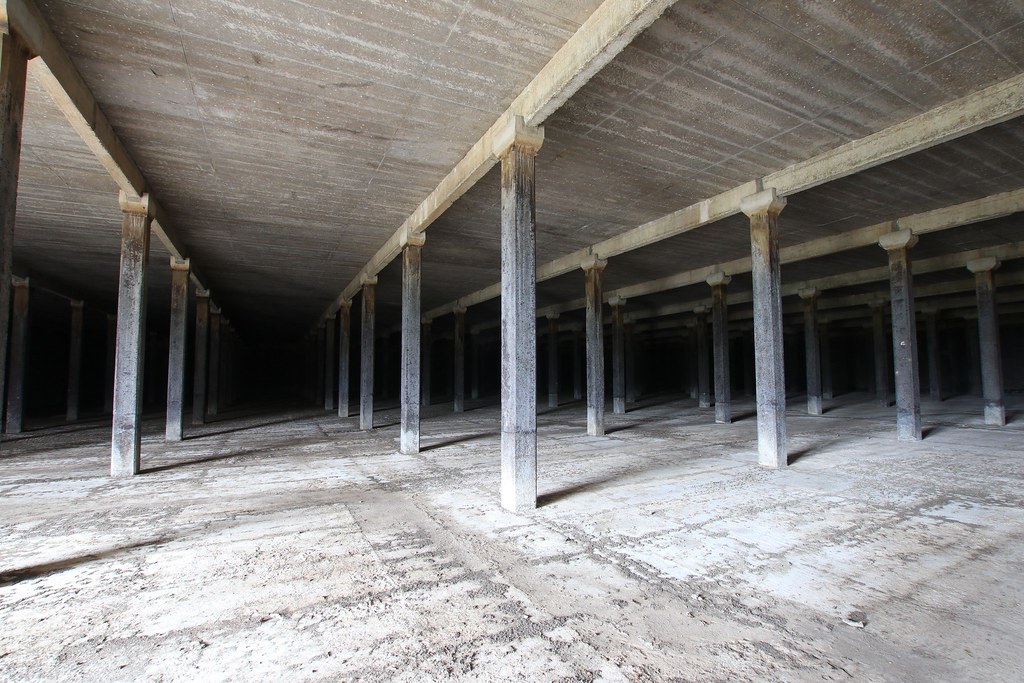 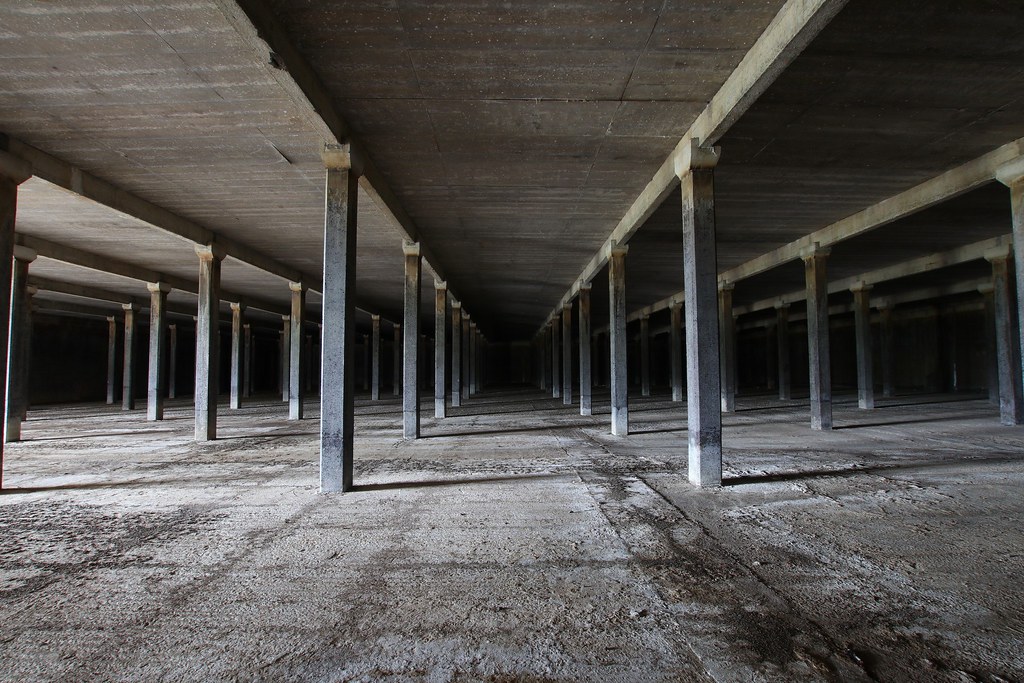 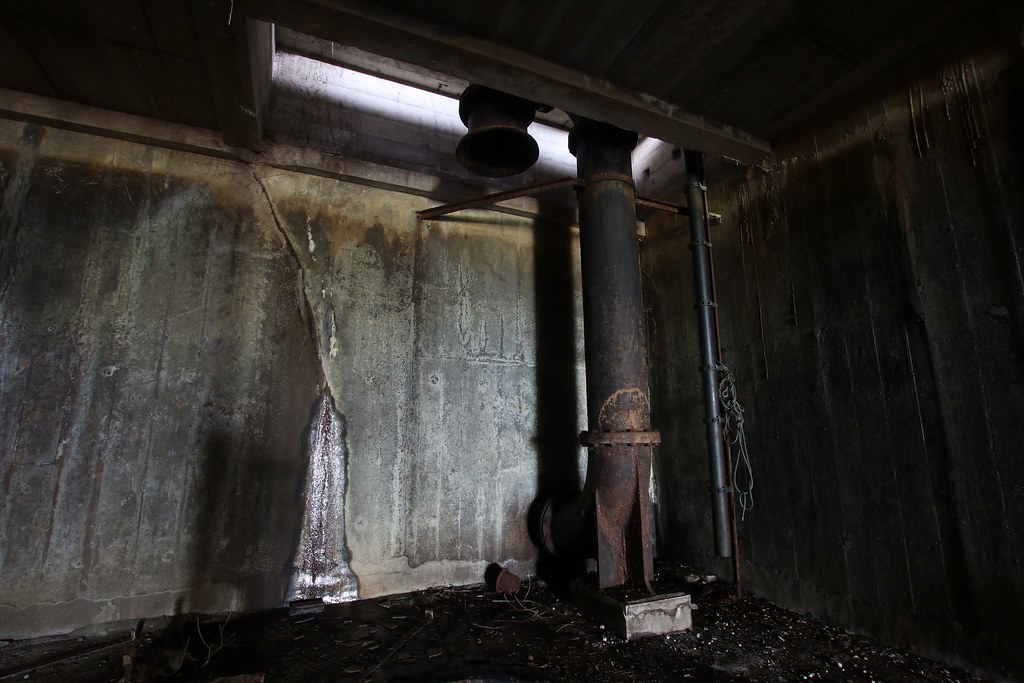 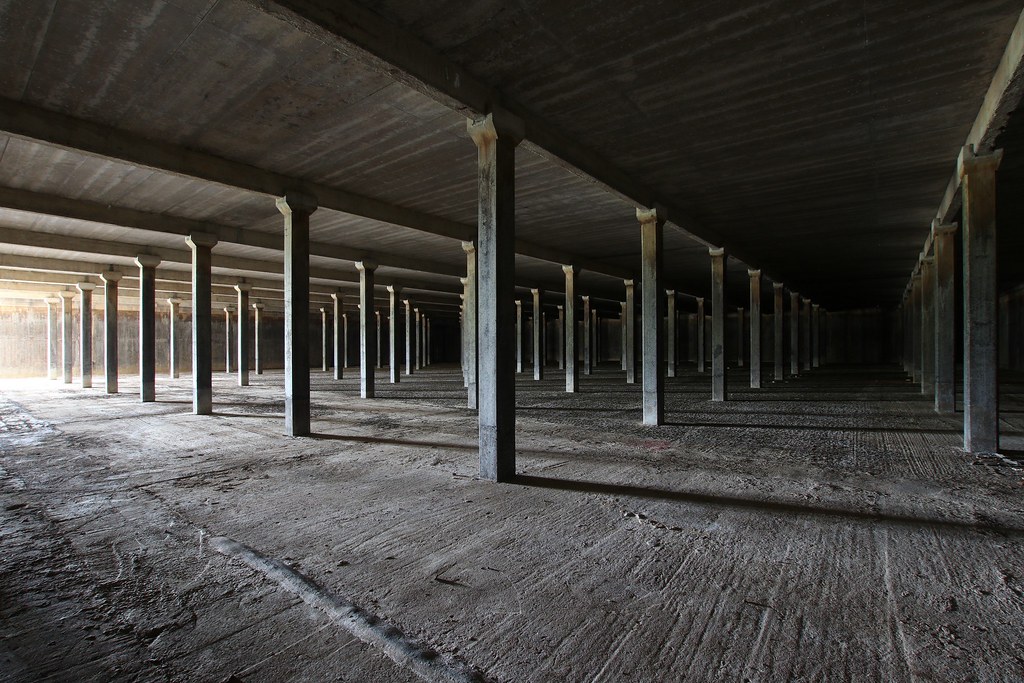 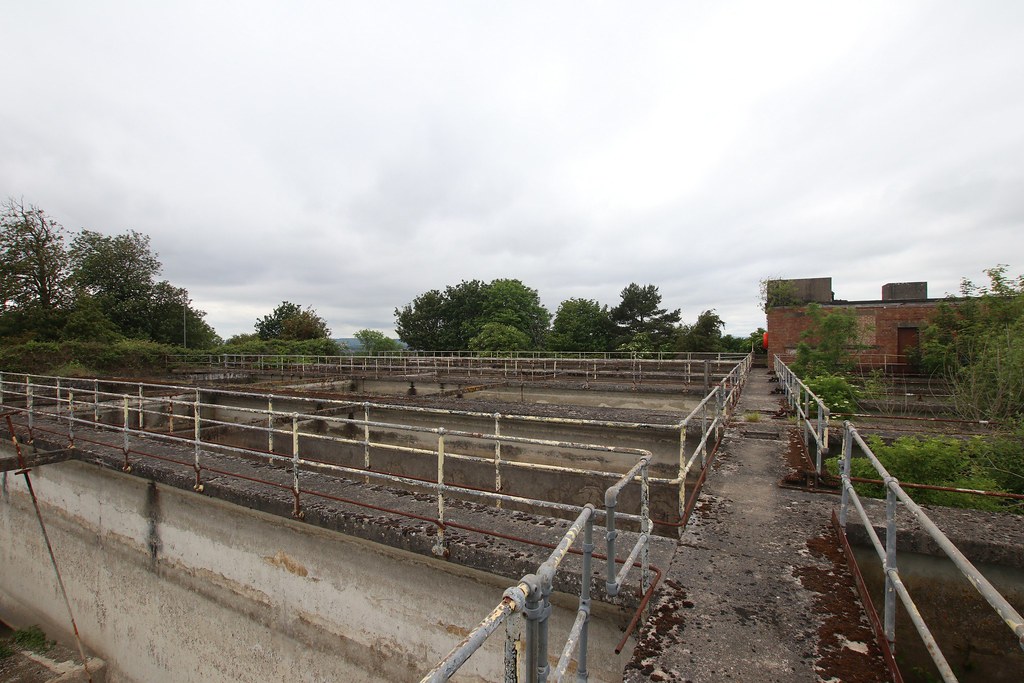 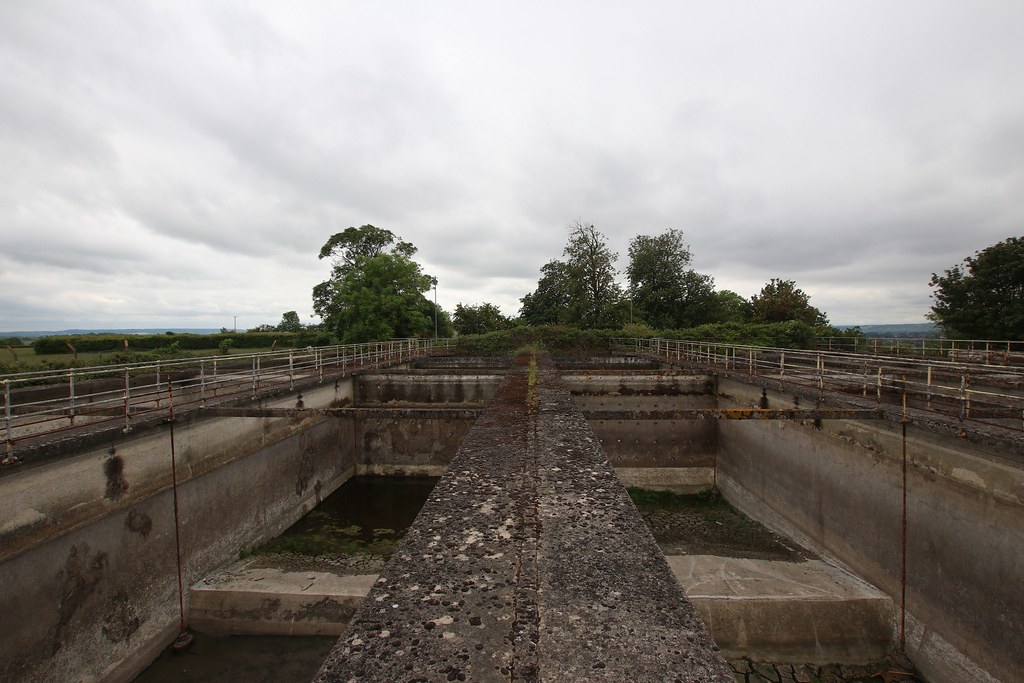 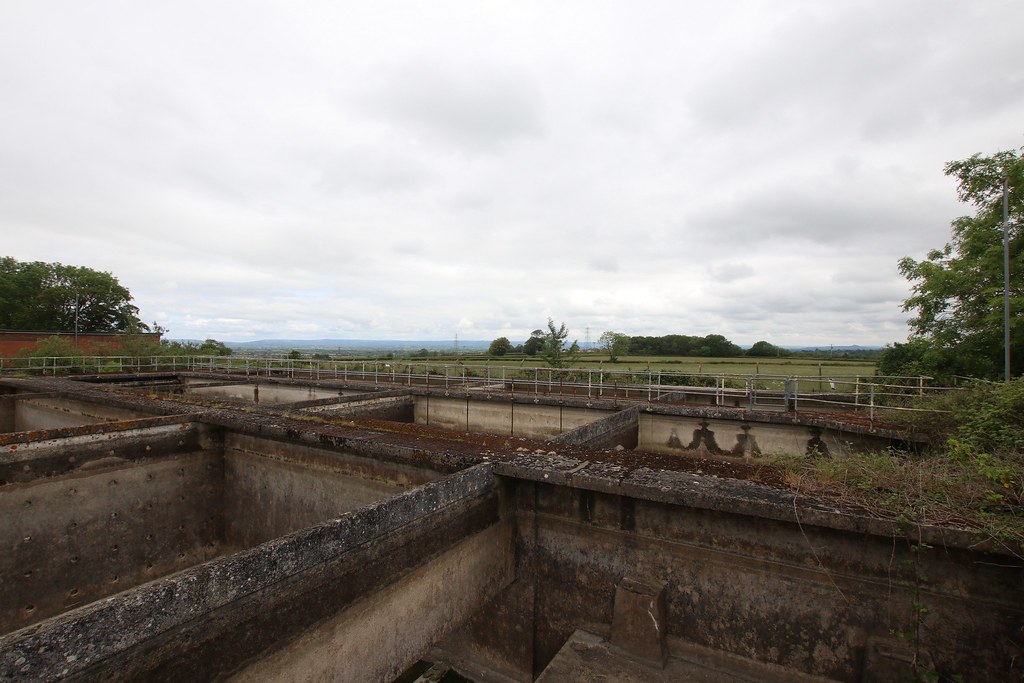 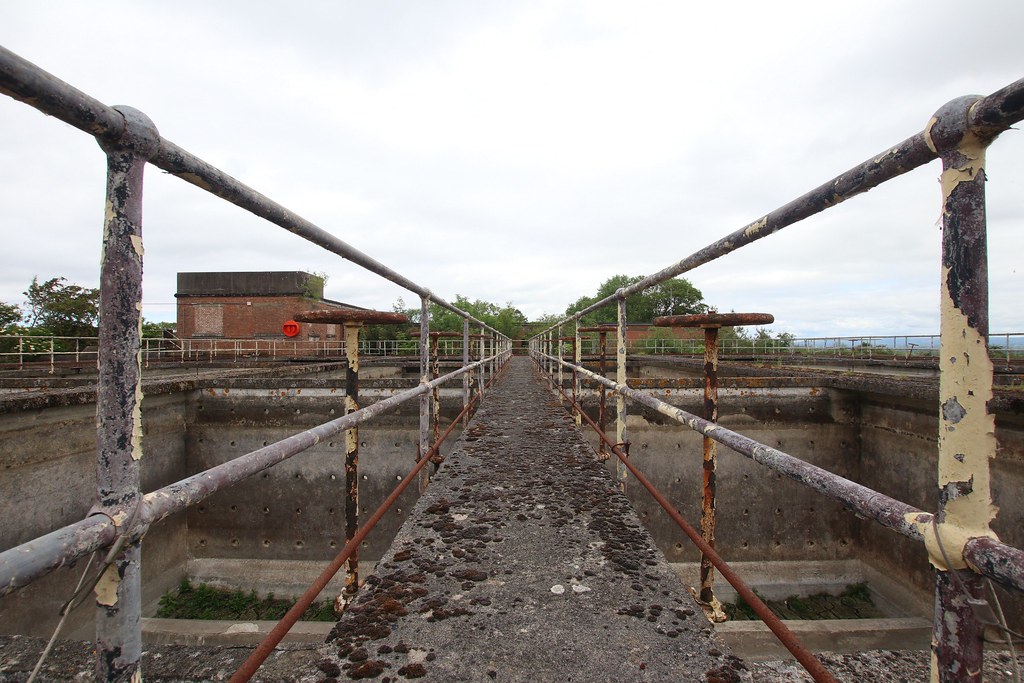 Thanks for looking :)
​
I'm not from Birmingham.
I don't know where 'Hunters House' is.​

Regular User
Very nice! - Driven past the pumping station a few times and wondered what might lurk inside
Website: www.whateversleft.co.uk - County Asylums: www.countyasylums.co.uk​

28DL Full Member
Beautiful mate. When you sent me a teaser photo of the pumps did not think it would be this good.
Plodding along - From Norfolk

Mikeymutt said:
Beautiful mate. When you sent me a teaser photo of the pumps did not think it would be this good.
Click to expand...

It was surprisingly nice for what is basically one big room with a couple of smaller rooms attached to it - especially when I had no idea what was inside before turning up!
I'm not from Birmingham.
I don't know where 'Hunters House' is.​

28DL Full Member
Very good, sometimes its really nice when you get that pleasant surprise which your not always expecting.

Regular User
There was a few more bits dotted around the works inside and outside the fence.. (Not sure if they have done any more demo nowerdays tho) Theres another pump house on the river but tbh I think this was the best bit!
flickr