28DL Full Member
So, its been damned ages since I've been out anywhere, so it was nice to get back into the swing of things with a nice little mooch around under London.

The cable runs are used for various things, some were built to run sewerage from pumping stations to the major ones at abbey mills/crossness, some were built to run the pipework for the London hydraulic company, most of them now run comms cables, there are one or two high voltage cables kicking around down there too, so be careful not to lick anything.
We wandered around for a fair while, we ignored the gas detector needed sign and pushed on, but the very strong smell of gas further on from there made us play safe for now.

I places it is nice and roomy, in others it gets to that point where it is wide enough to lull you into a false sense of security before sticking a piece of metal into your side! Along the way you can listen to people arguing on the pavement, see various types of brickwork/metalwork and even step on a dead rat.

If you have a job working with cabling, look away now! Its not a pretty sight when you get to the spots where the racking has collapsed, floor to celling cables and you almost have to crawl over them to get past! 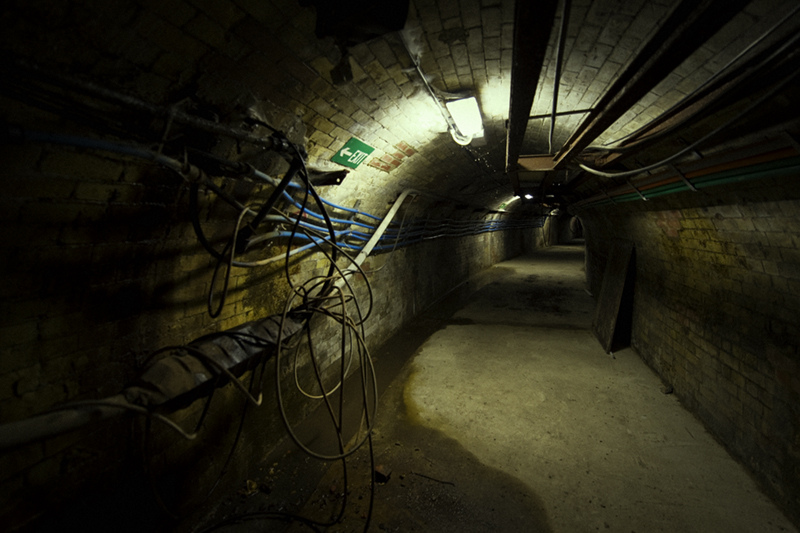 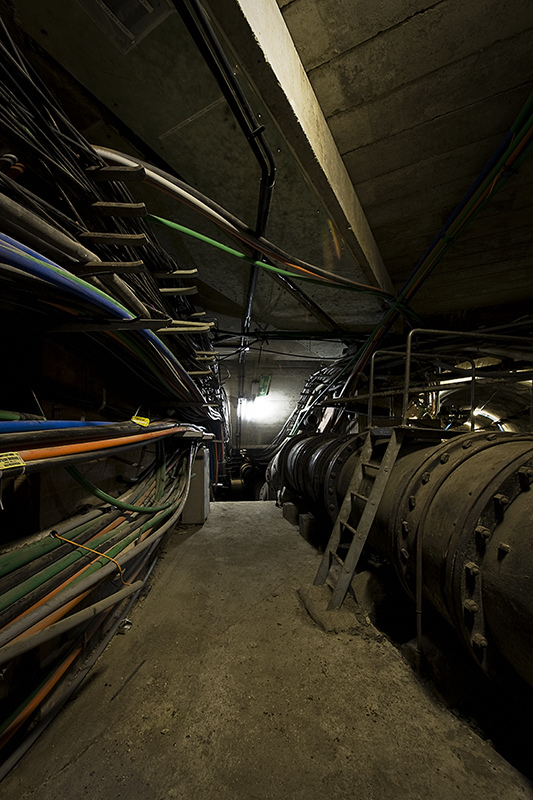 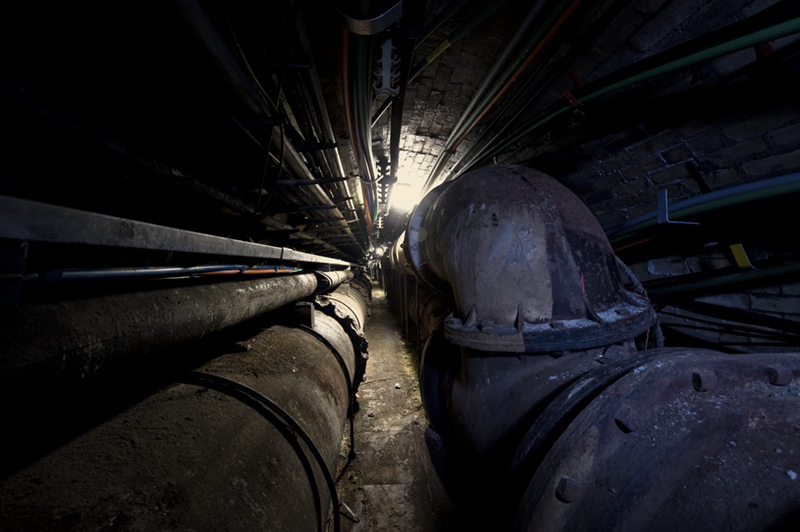 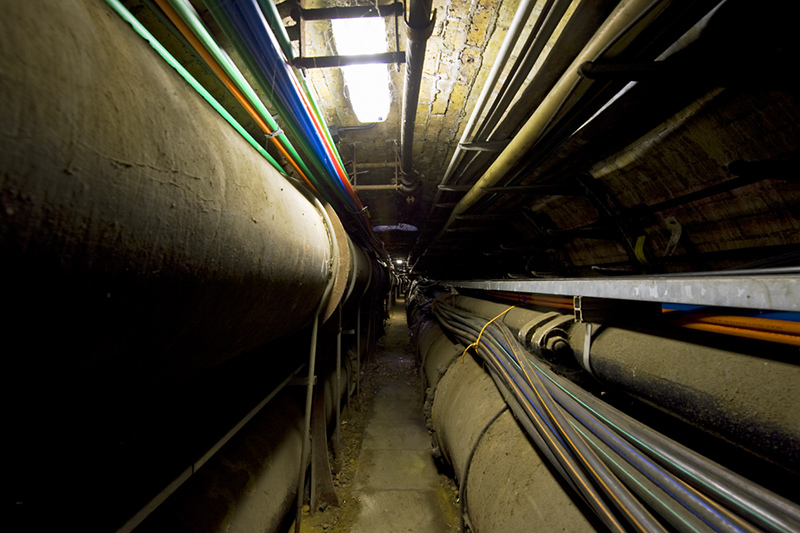 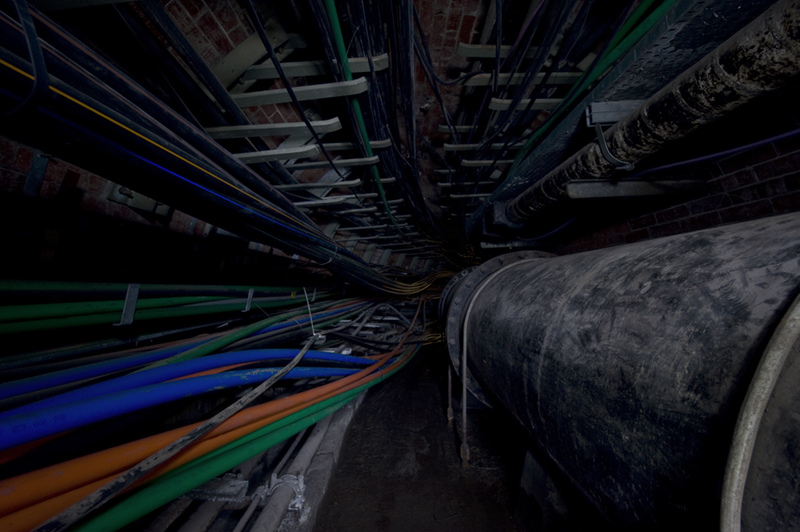 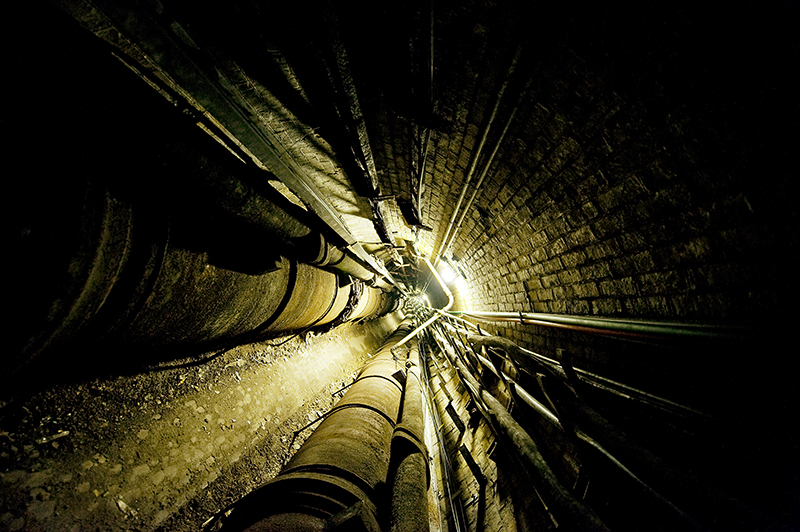 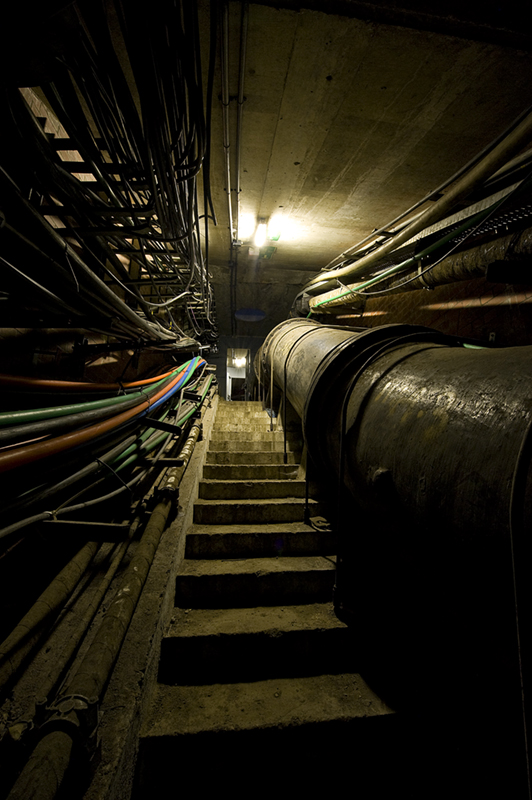 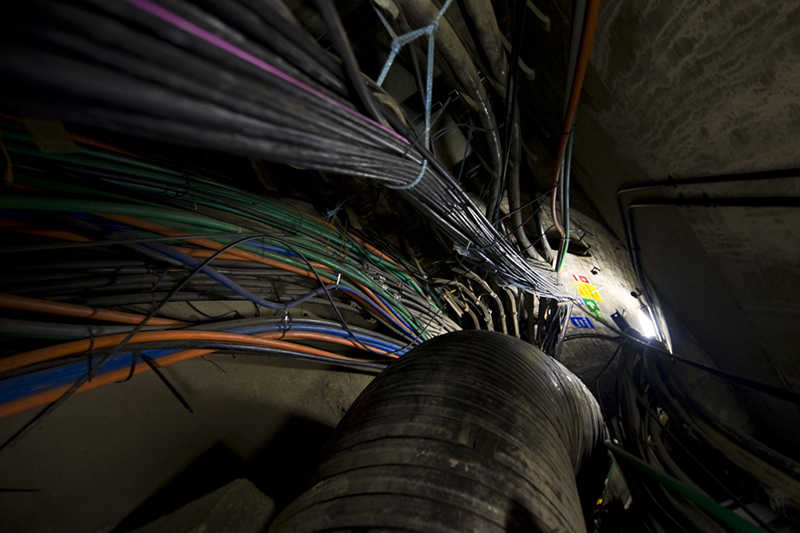 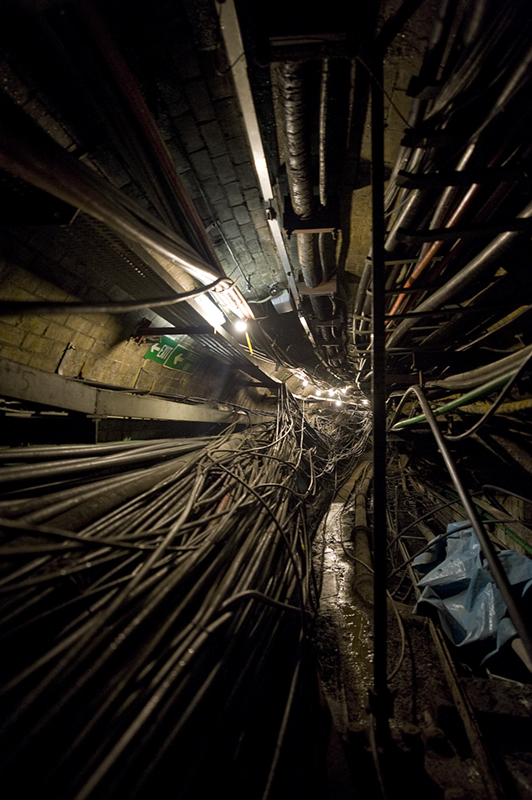 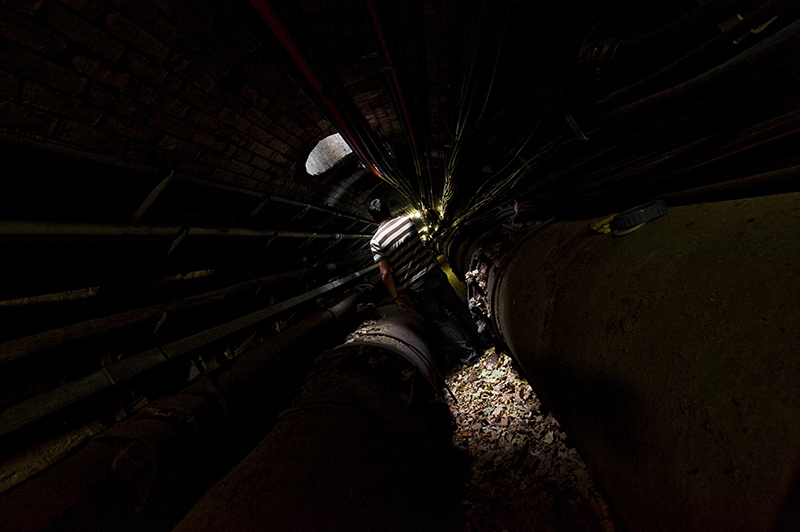 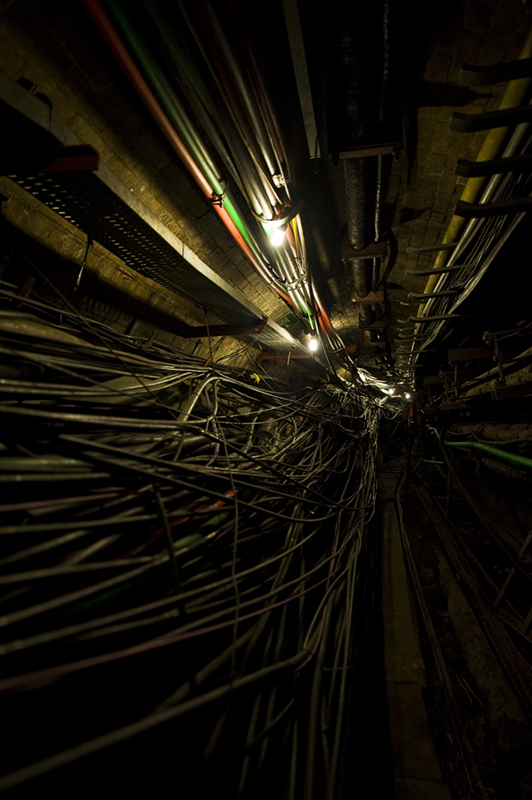