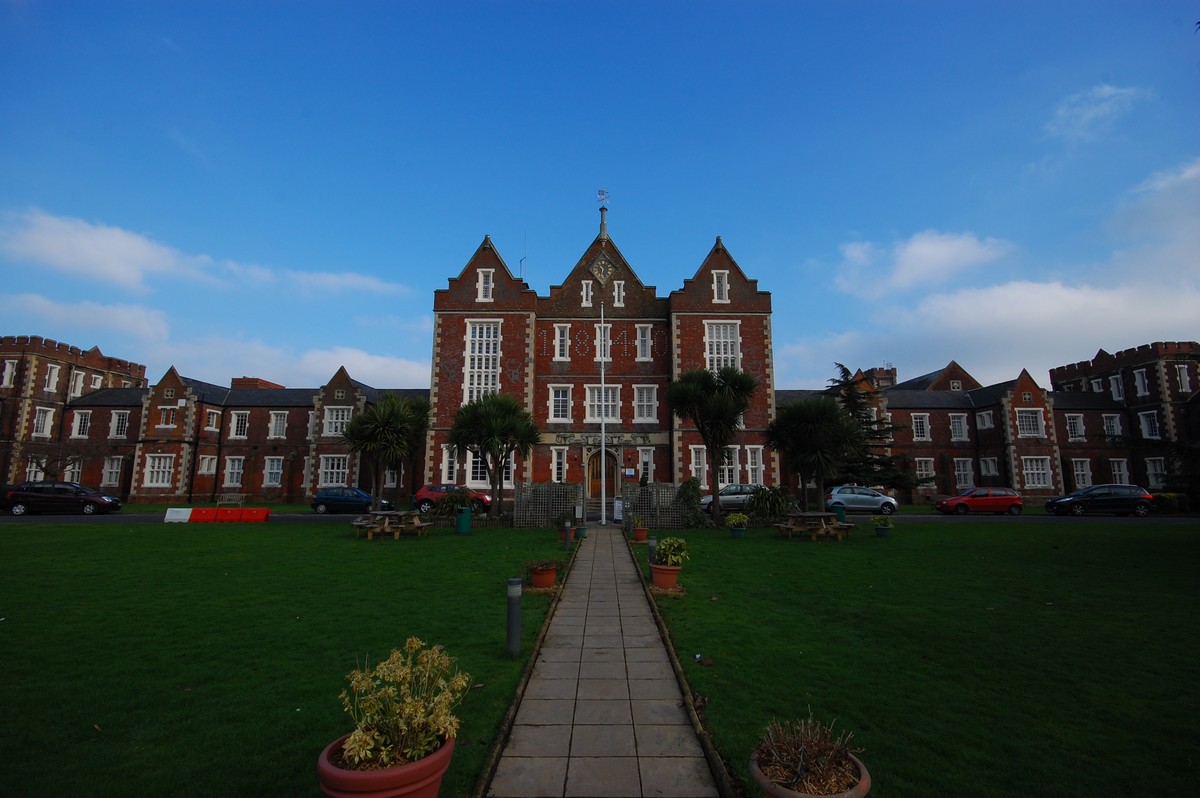 The hospital opened on the 14th June, 1841 and admitted 299 patients that had all be examined by Alexander Morison, the visiting physician to Springfield, and taken out of various private madhouses around Surrey. The committee had not realised the demand that the Asylum would receive and in 1849 two further wings to the north of the building were opened, they had space for a further 400 patients, this cost the hospital a further £35,000. Further additions were made to the buildings in the ever losing battle against increasing patient numbers, with two further wings being added to the south of the site in 1874. To combat the problems with infectious diseases spreading through the hospital a cottage hospital was opened in 1872. The chapel was moved from within the main building to a purpose built chapel in 1880, in accordance with the Lunacy Commissions wishes. In 1885 a water tower was constructed to attempt to solve the water supply problems that were being experience from the two onsite wells, this was demolished in 1976. The most ambitious extension to the site was construction of the Annexe for Idiot Children whose purpose was to remove all the mentally handicapped patients, especially children, from the main wards within the hospital, this was opened on the 15th October, 1897. Under the Mental Treatment Act of 1930 the annexe was converted to house voluntary patients, it is now the admission block. This idea was strongly advocated by the current superintendent, Hugh Gardiner Hill and one of the committee members, John Langdon Down. The final extension, bar the current upgrades and extensions, was in 1931 when the infirmary block was opened.
Click to expand...

I've been procrastinating about this one for far to long *insert rant about having kids and no time to do any exploring* but having recently cracked out asylum #37 on the bingo card I've got the itch to hit #40 before I hit the same age milestone. 7 months and counting, #38 ticked off! Anyway @Seffy mentioned about going to LDN for a day and quickly a plan was formulated with @WhoDaresWins. Having seen @zombizza update from few weeks ago really made us get up the M4 quicktime. Que bleary eyed Sunday 6.15am rise. Everything looked quiet and finding suitably easier entry than the previous routes suggested we found ourselves on the third floor. It seems the scaffolding is purely at this point to protect the roof which in places is leaky and about as sturdy as a McDonald's paper straw. We cracked on and smashed the three floors not really thinking much else would be around but with the mindset that a lot other outbuildings looked suspiciously derp. The second floor has an almost cane hill/browning ward feel to it. Having got to the dormitory/hall we noticed a new very fresh sign that informed us the block beyond the door was now not in use and no access beyond.

Clearly we're not the first people in here recently as the door was open and led us into the main 1840 block. From here we saw signs that this building would be closed (in part) on 1st November 2019. Well wasn't that a bit of luck. So we carried on finding modern bits and other wards like the secure unit that clearly have been derelict for a number of years. Although we found every ward entrance door padlocked we managed to navigate on and on till we pushed our luck a bit too far when Seffy opened a door to find a man sat a desk looking straight back at him! Quickly dropped the catch from the inside of the door and we bailed before any repercussions! Still what a top day out and I think there is a lot more co come from here.

Got home at 10pm, knackered, fuelled on a mixture of spoons all day brunch and service station lattes - back in love with exploring <3

Regular User
Really nice report not one I have managed as yet.

Regular User
Opening that door at the end was fooking hilarious.

Photos are belters mate! When I get my laptop back I’ll try and get some of mine sorted out as I probably took more photos here than I have in the entirety of 2019

this.
Blurred Boundaries - 'busting Bristol wide open' - Louise 2012
SERVE CHILLED, LIKE SOMERSET
"I just have you saved in my phone as Mail Rail guy"​

Regular User
Very nice this mate! Ticks all the boxes.

Regular User
It’s like being back in the old days looking at this. What a place. Lovely shots too mate.
eating seeds is a pastime activity.

Seffy said:
Opening that door at the end was fooking hilarious.

Photos are belters mate! When I get my laptop back I’ll try and get some of mine sorted out as I probably took more photos here than I have in the entirety of 2019

Not even joking took just under what I have for rest of year combined!

Regular User
Wow
So still untouched inside.
I really need to get my ass into gear and have a snoop here
Check out my other photos (including blinding HDR and other weird stuff) and my electronica muzak here (the main page is over here)

zombizza said:
Wow
So still untouched inside.
I really need to get my ass into gear and have a snoop here
Click to expand...

They won't be doing anything with that block for a while - the scaffolding is there just to protect the roof/buildings outside at moment. The regeneration plan would suggest they've got to demo' all the outbuildings behind it and the main block first - https://www.swlstg.nhs.uk/documents/media-releases/339-development-day-boards-emp/file
Website: www.whateversleft.co.uk - County Asylums: www.countyasylums.co.uk​

Staff member
Moderator
Nicely done mate, I do love this place. Was nice to catch up with you guys later in the day too

Love it when a plan comes together. Great explore write up too. Lots of natural decay there. Very nostalgic feel of our old asylums, good jobs guys.

mockney reject said:
Nicely done mate, I do love this place. Was nice to catch up with you guys later in the day too