Regular User
Although I know it has been done a lot over the years, I always thought I'd missed out on it as the security has always been relatively tight on the structure since I began exploring a couple years back. So for me, this is one of those great moments of personal achievement you can get from this hobby!

St Joseph's College was founded in 1880 by Bishop Bernard O'Reilly to be the Seminary serving the North West of England. The college was formally opened in 1883 and was situated in Walthew Park, Upholland, the geographic centre of the Diocese of Liverpool.

The first Junior Seminary of the Diocese was founded at St Edward's College in 1842 as a Catholic 'classical and commercial school' under the direction of the secular clergy and was established in Domingo House, a mansion in Everton. Its President for the next forty years was to be Monsignor Provost John Henry Fisher. When the junior seminarians moved to St Joseph's in 1920 the school was taken over by the Christian Brothers (who also ran St John Rigby College in nearby Orrell) and continues to this day and now serves as the Liverpool Cathedral Choir School. In recognition of the heritage owed to St Edward's College one of the two chapels at Upholland was consecrated as the St Edward the Confessor Chapel.

St. Joseph’s (usually referred to by its students simply as "Upholland") was one of two main seminaries serving the north of England. Upholland served the northwest, Ushaw collage the northeast. For many years, each of these institutions housed both a junior (minor) and a senior (major) seminary. The junior seminaries provided a secondary education in a semi-monastic environment to boys aged 11–18 who wished to pursue the priesthood, while the senior seminaries trained adult candidates (mostly aged between 18 and 24) in philosophy and theology as they prepared for the priesthood. A detailed account of daily life in the junior seminary at Upholland during the 1960s was published in 2012.This account also explores the reasons why the Church's traditional form of seminary training may have predisposed certain priests to molest children, which was one of the key findings of a major investigation conducted on behalf of American bishops into the causes of the sexual abuse crisis within the US Catholic Church.

Although Upholland flourished until the 1960s, the rapidly changing social climate in that decade led to a sharp drop in enrolment. In the early 1970s, the northern bishops decided to consolidate the activities of Upholland and Ushaw; from 1972 all junior seminarians in the north attended Upholland, and from 1975 all senior seminarians attended Ushaw. Even as the sole junior seminary for the north of England, however, Upholland continued to suffer a decline in enrolment, and by the 1980s was no longer a traditional seminary but a "boarding school for boys considering a vocation". In 1986 the total number of students was down to 82, of whom only 54 were Church students, and it was no longer viable to educate them on the premises. From 1987 the remaining students attended St. John Rigby College in nearby Orrell for their schooling, an arrangement that continued until the very last of these students left Upholland in 1992.

In the meantime, following the move of the senior seminary to Ushaw, in 1976 the former Senior Seminary rooms had become home to the Upholland Northern Institute (UNI) with Fr Kevin Kelly as its first Director. He was succeeded in 1980 by Fr Vincent Nichols, now Archbishop of Westminster. Later the College buildings were used more generally as a retreat and conference centre for the Archdiocese under the leadership of Msgr John Devine.

The election of Archbishop Patrick Kelly saw the controversial decision to close St Joseph's altogether and the property was sold to Anglo International who instructed AEW Architects for the conversion of the Grade 2 listed RC Seminary to 92 apartments, with 220 new build enabling units. The major controversies of the decision were the ongoing financial viability of St Joseph's (it had just started to make a small surplus under Devine's management) and the sale and disposal of the art and artefacts in the college, much of which had been donated by various parishes and people of the Archdiocese who were not offered their donations back.

As we approached the colossal site in the 5am darkness, we could spot the outline of the building on the horizon, with a slight orange grow from the sprouting sunrise. We knew of all the precautions necessary and we weren't going to mess it up this time after choking a few weeks before. Upon entry, we set off one loud alarm, that rung around the empty ruin as we sat in silence waiting for the morning light.

As soon as the first stray beams of sunlight entered the seminary, we began our exploration.

I didn't get any exterior shots, but the impressive central courtyard is good enough. From the many rooftops we took many shots of it. 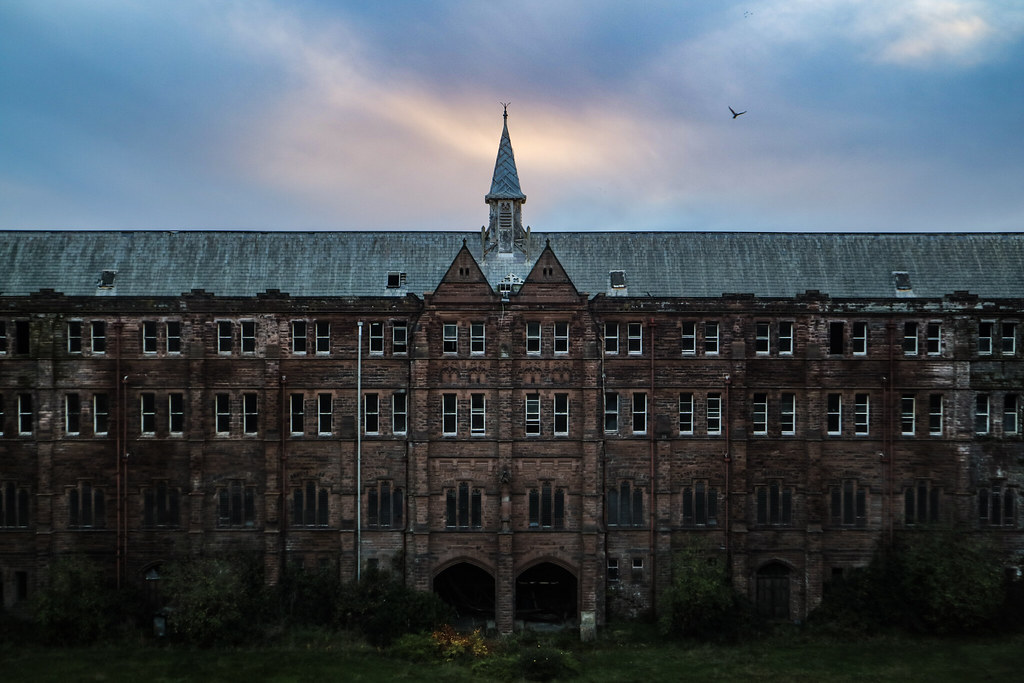 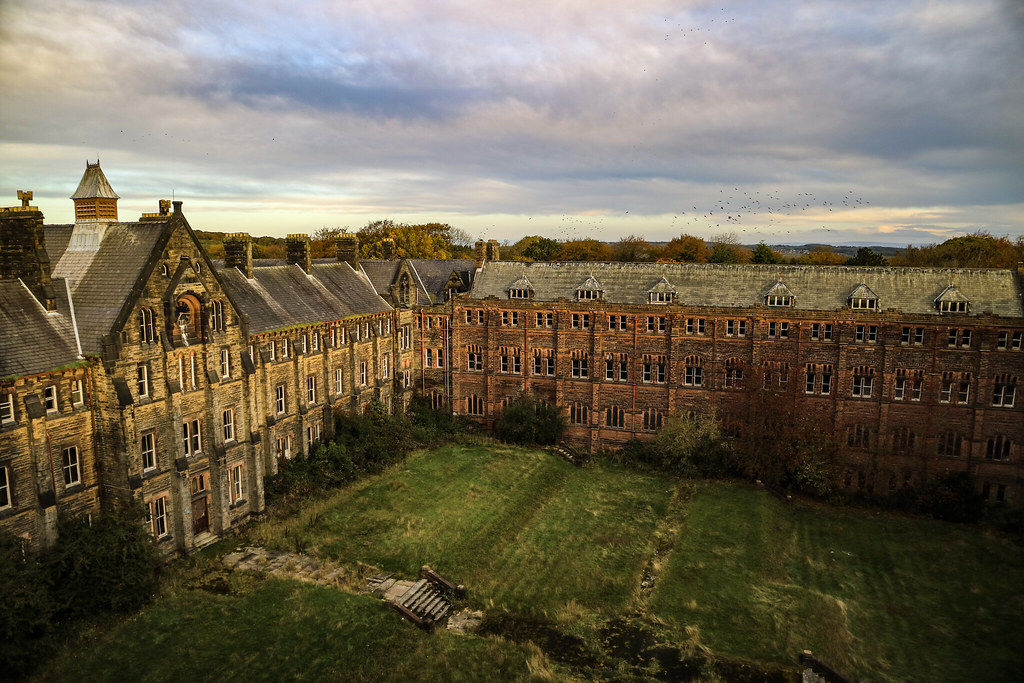 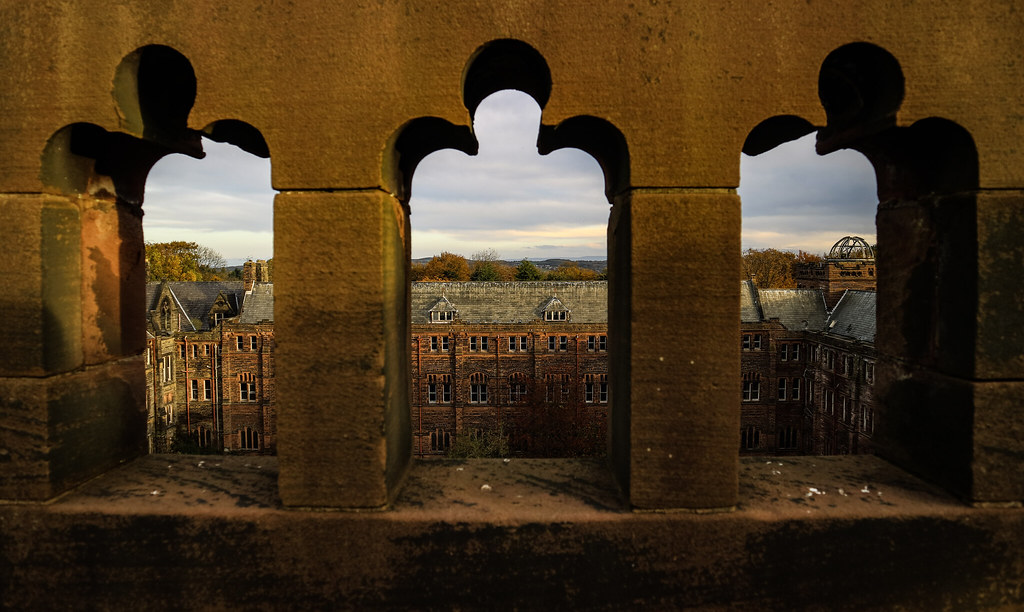 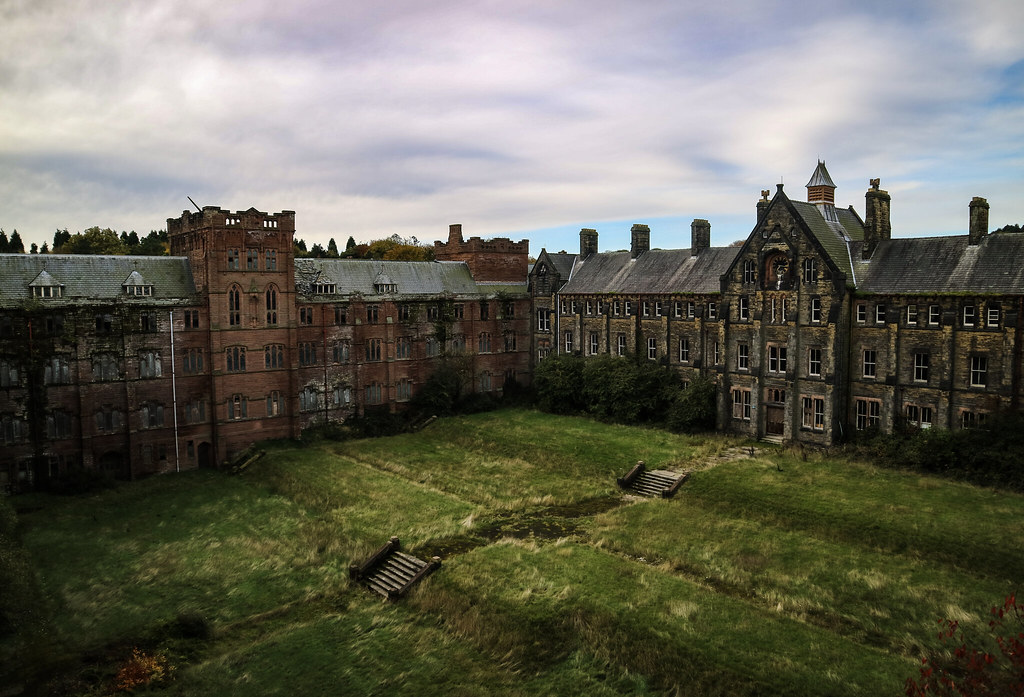 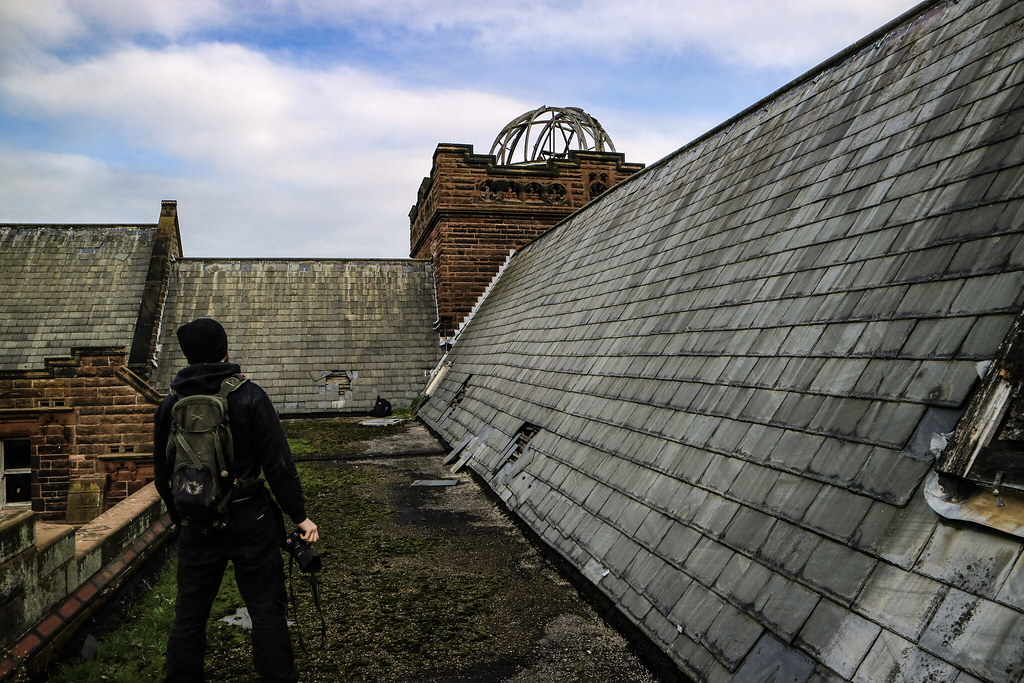 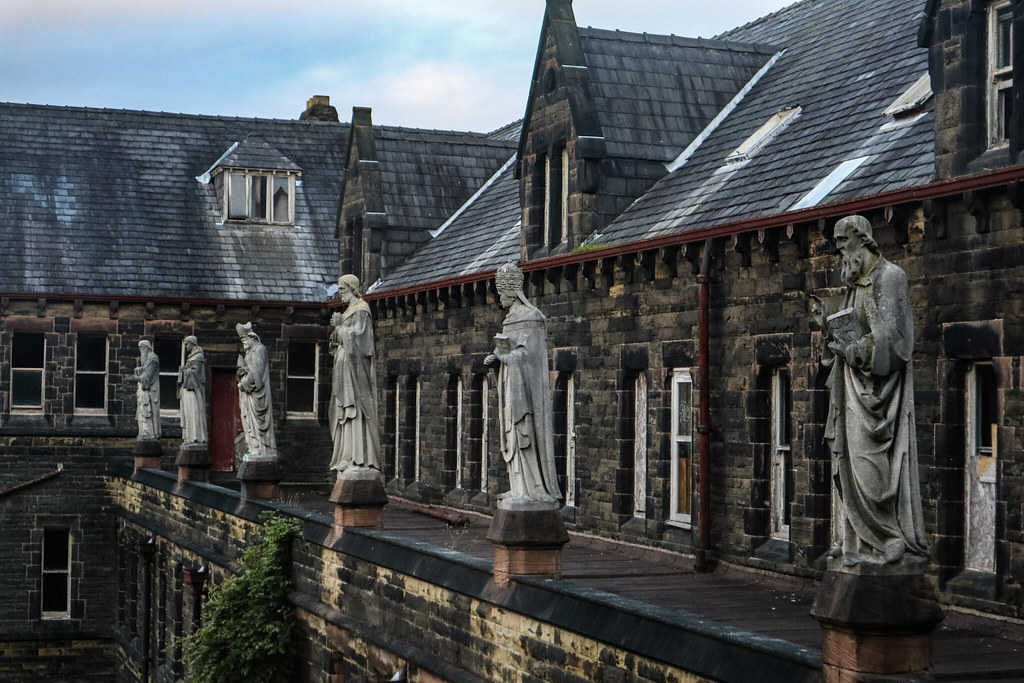 Starting in the downstairs corridors, we did not move in a categorical order through the building but rather a random one. There is so much to see inside and no room is alike. I probably could have spent a weekend inside checking every room for beautiful scenes of decay, but we didn't want to piss the security fella off too much, as occasionally, we would forget what level we were on and set off an alarm. 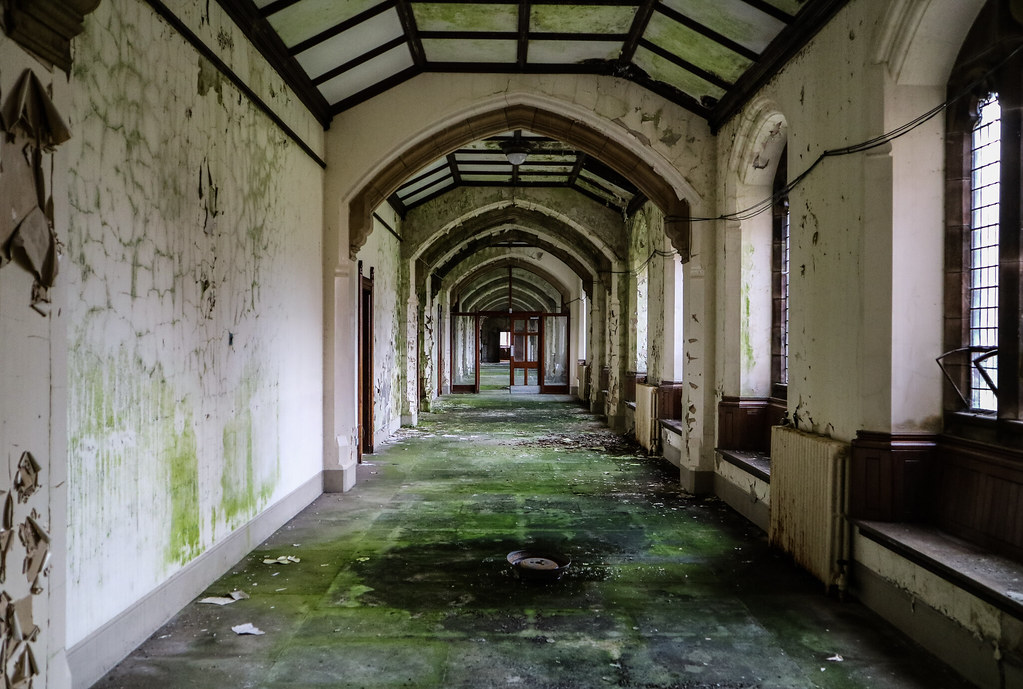 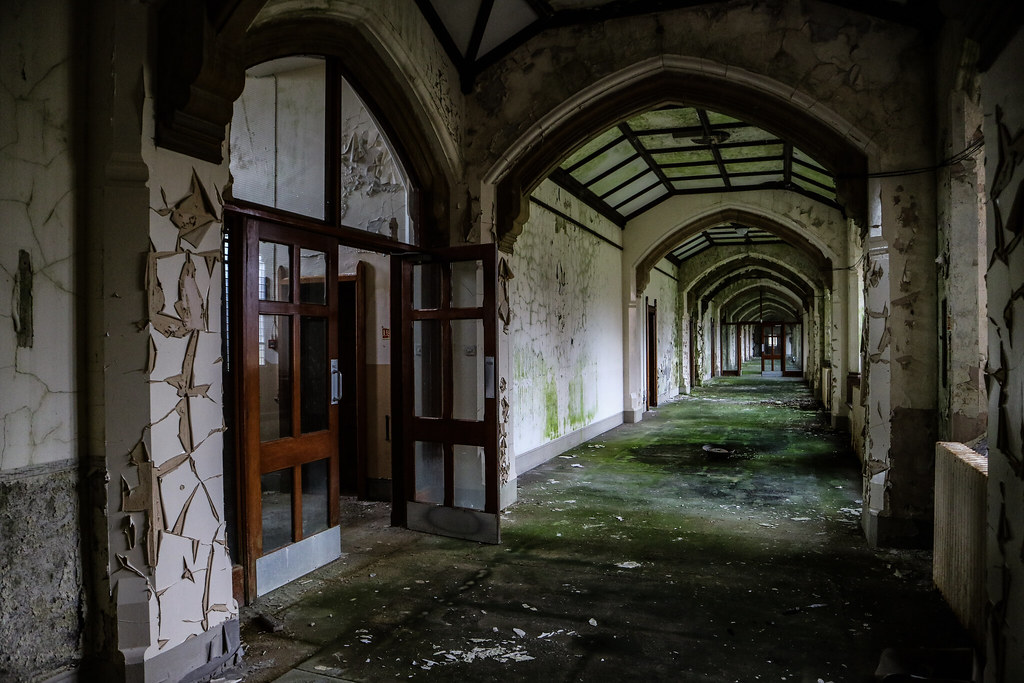 A classroom on the ground floor. 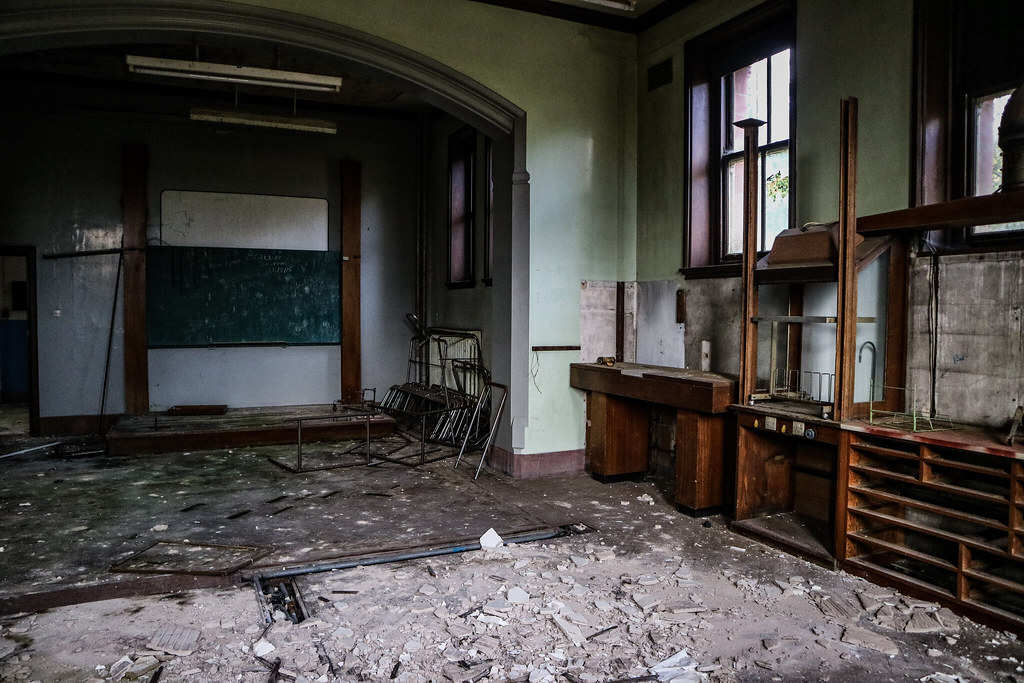 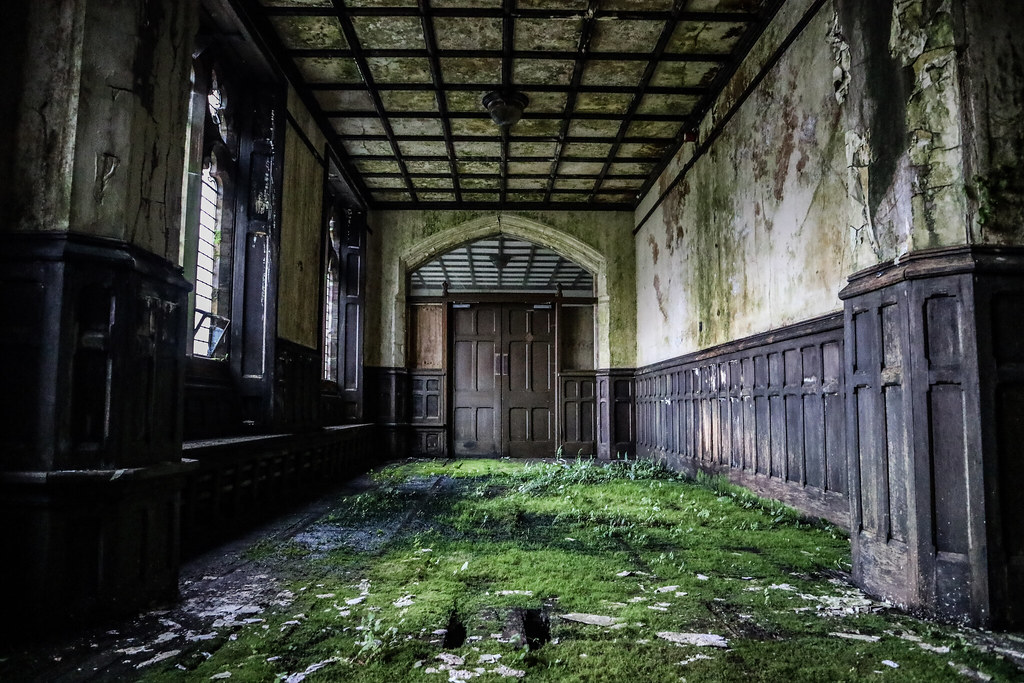 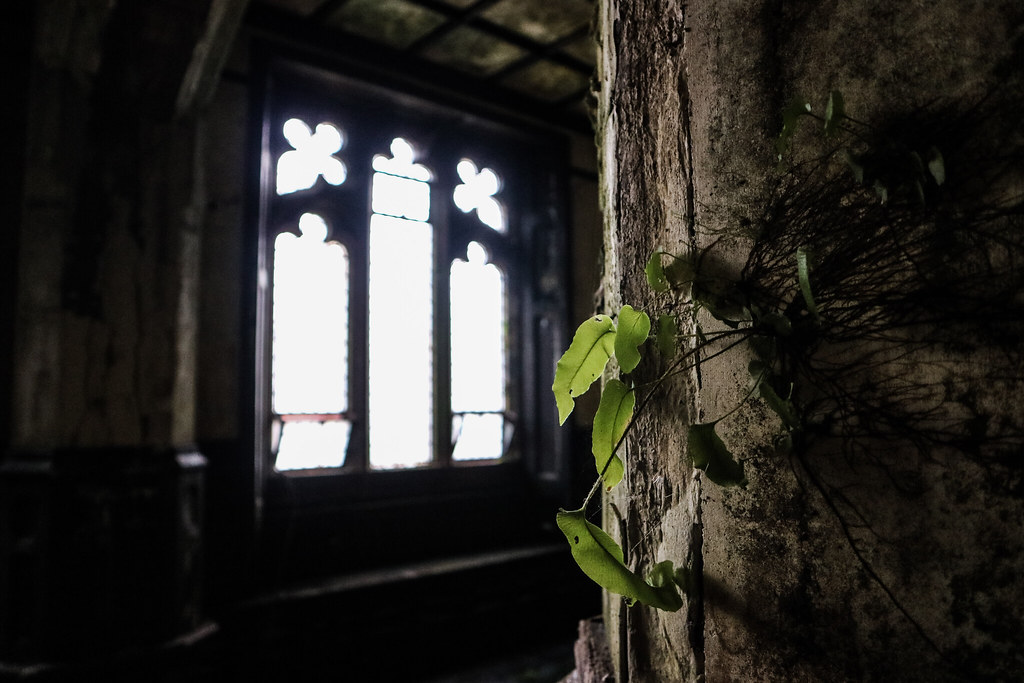 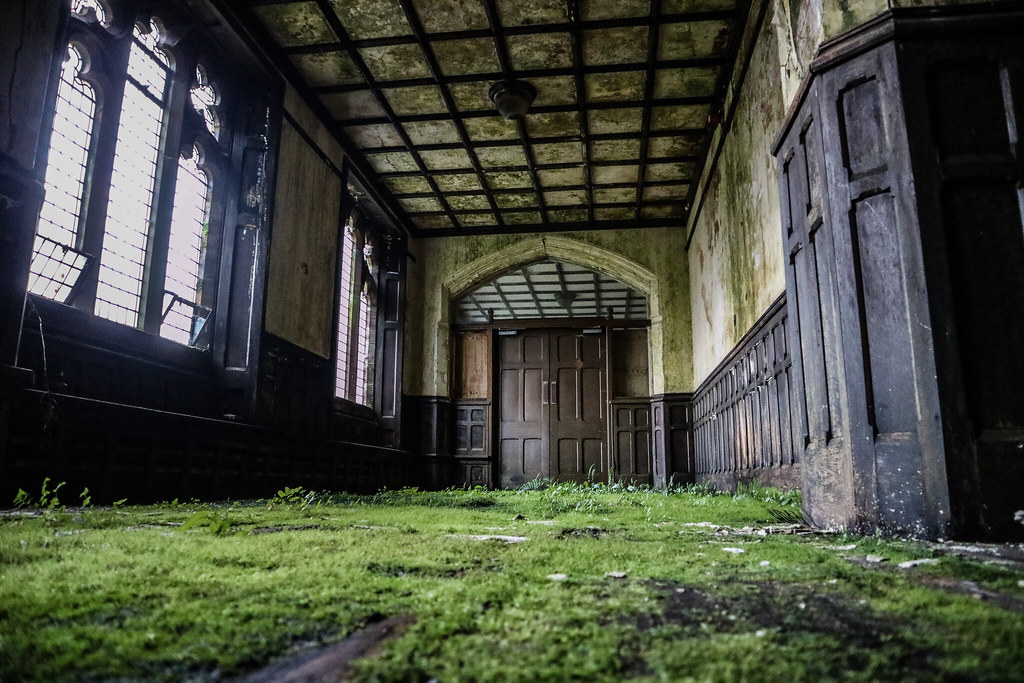 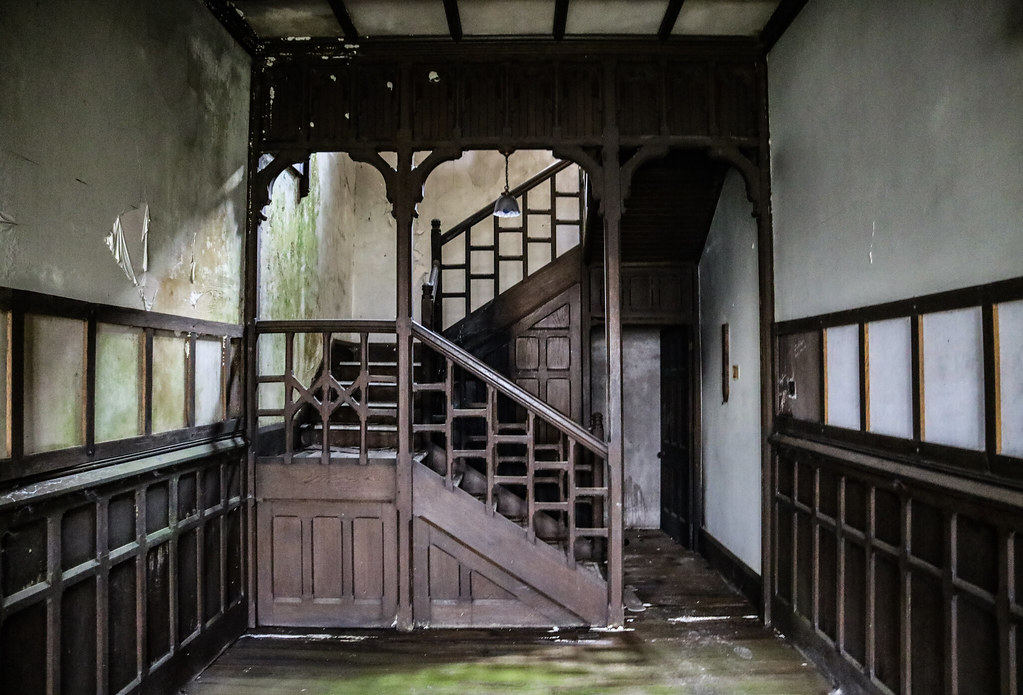 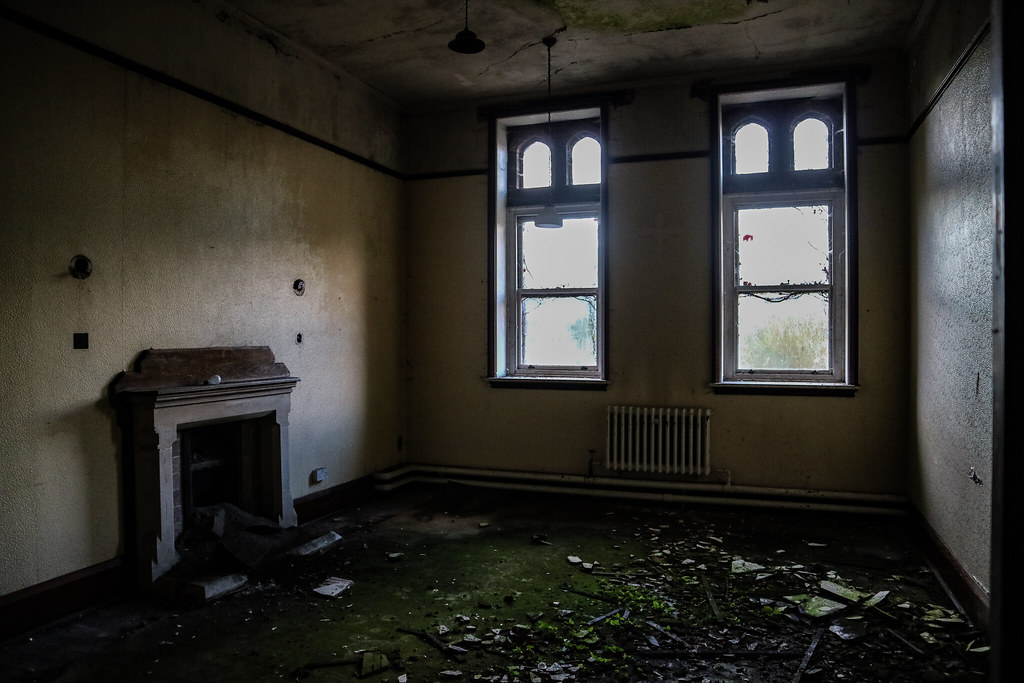 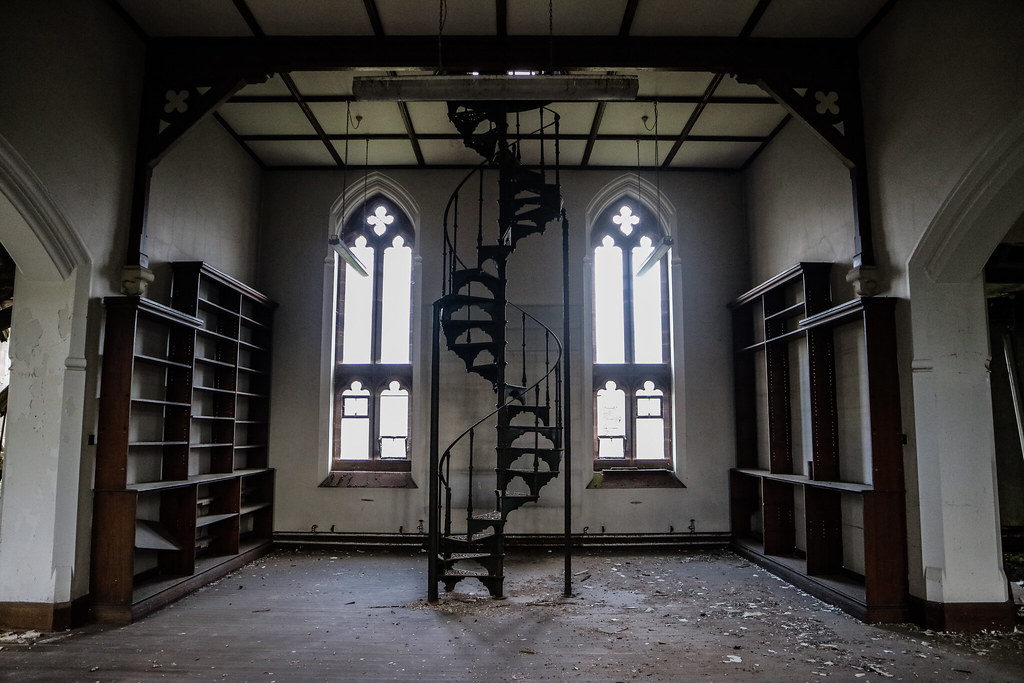 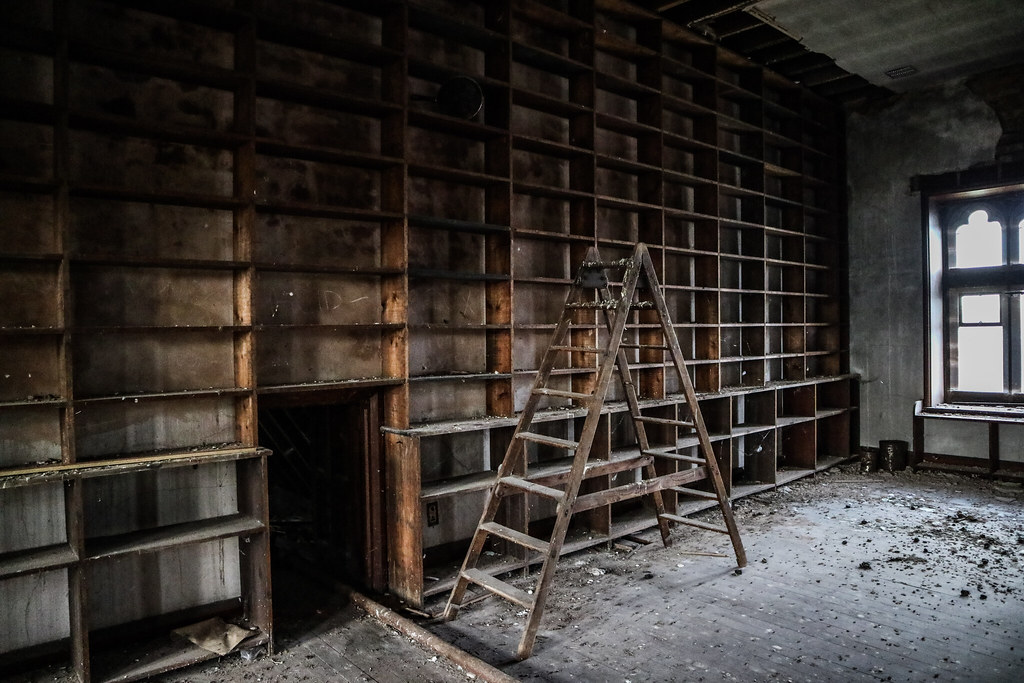 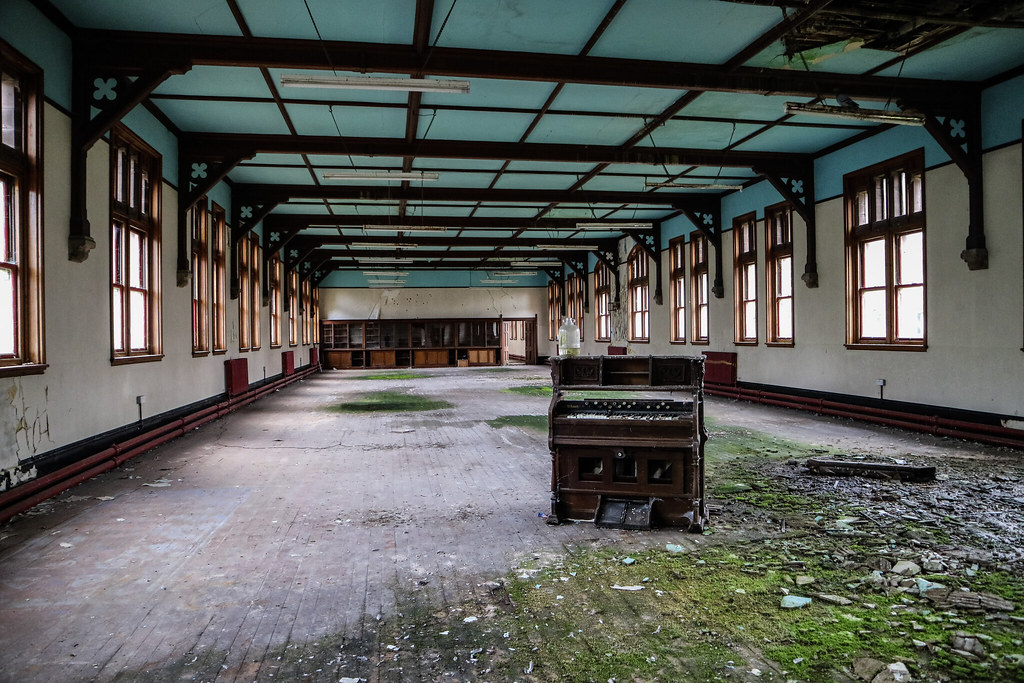 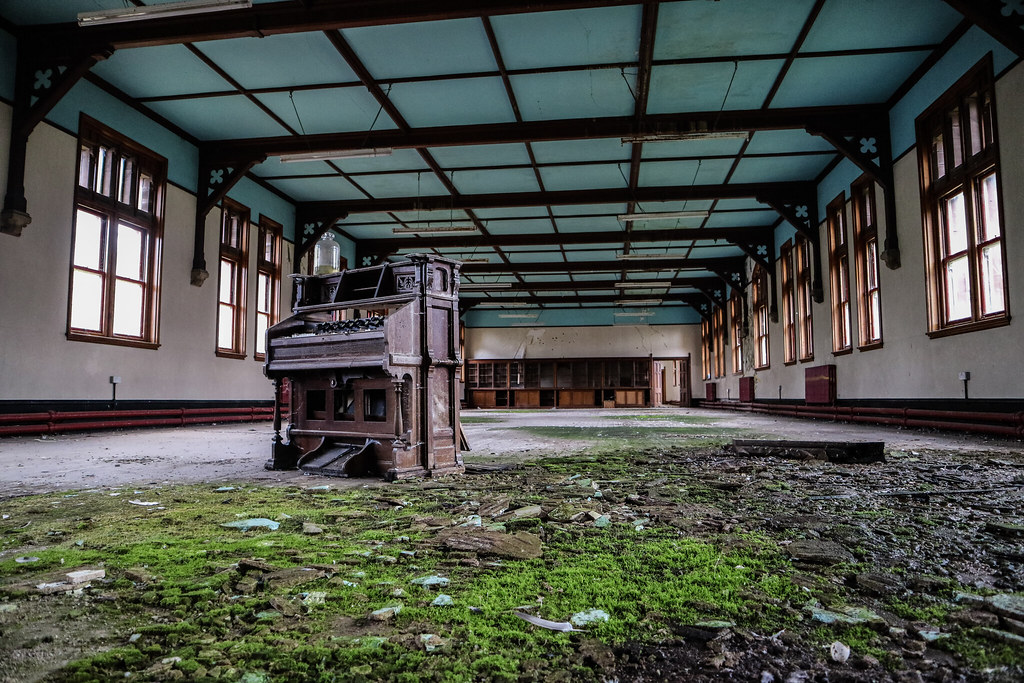 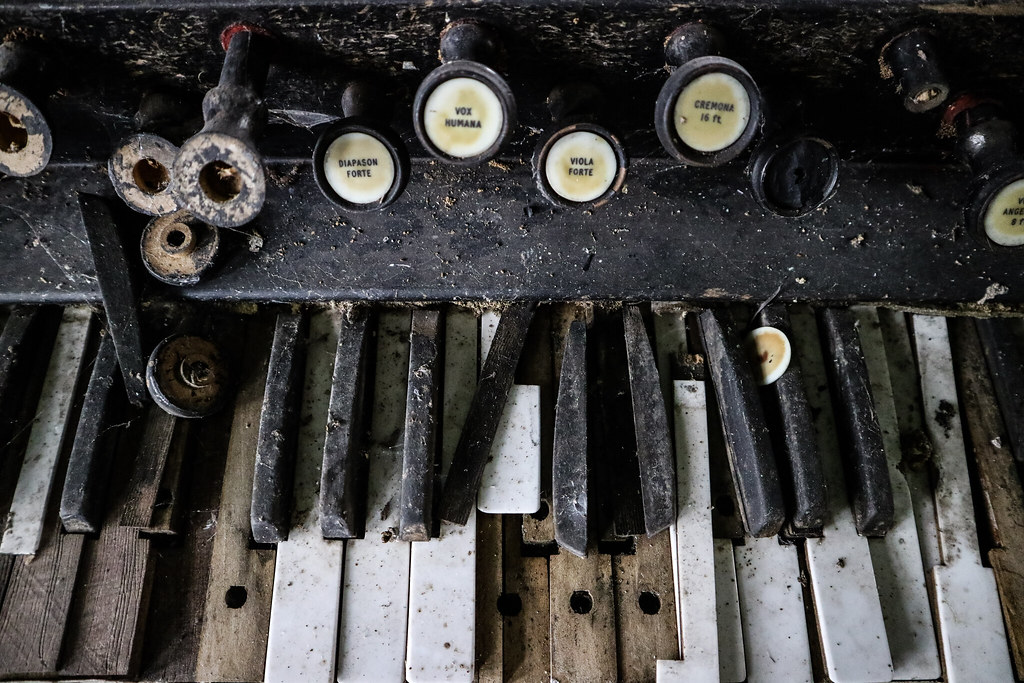 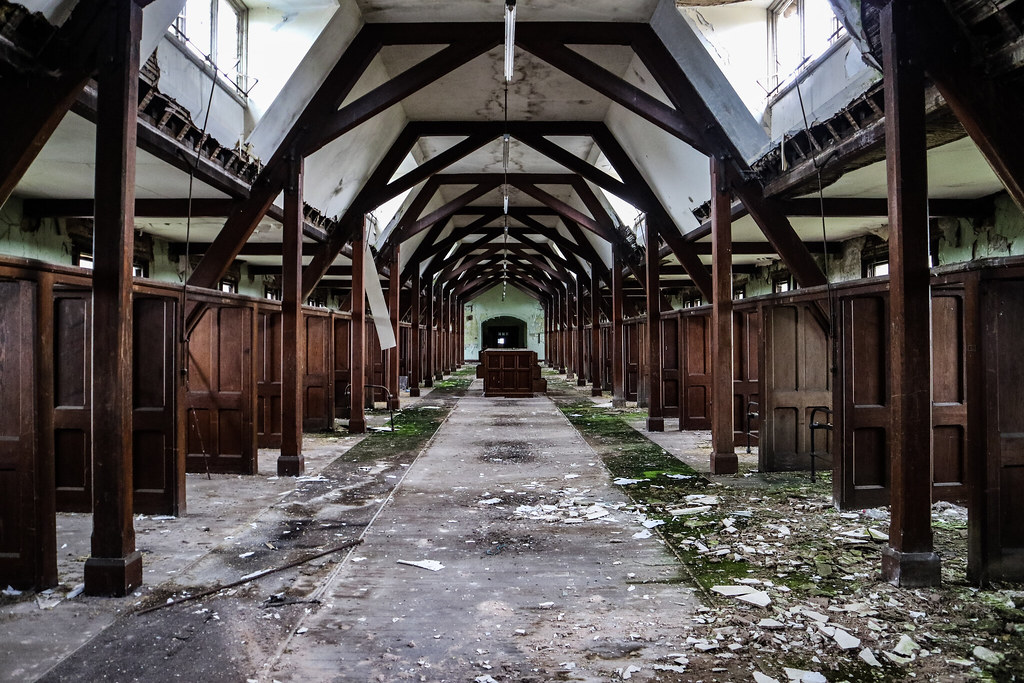 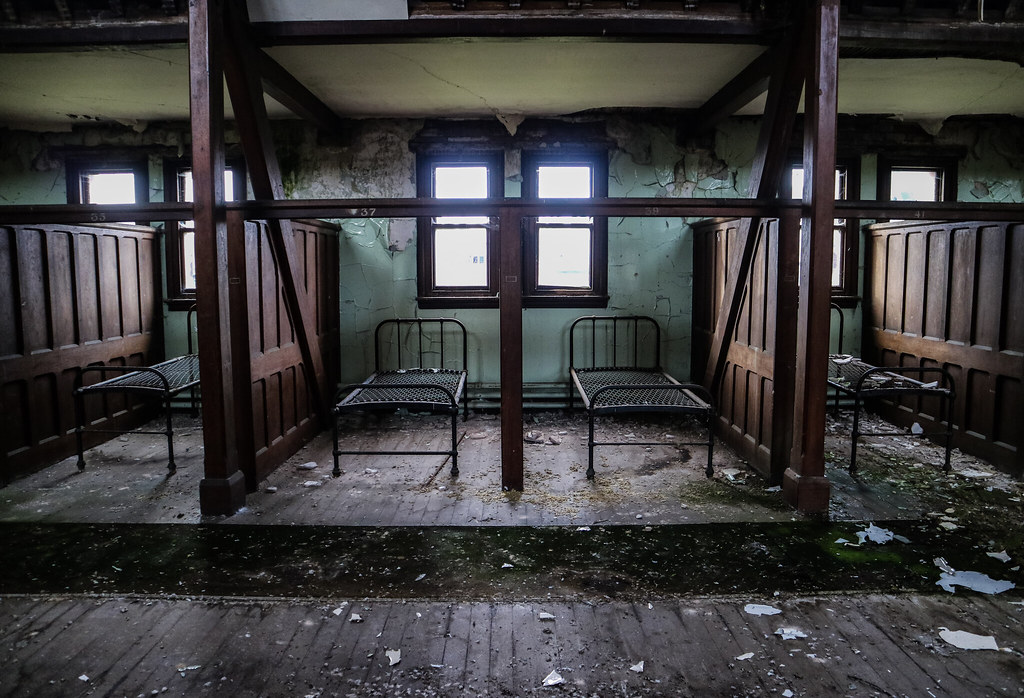 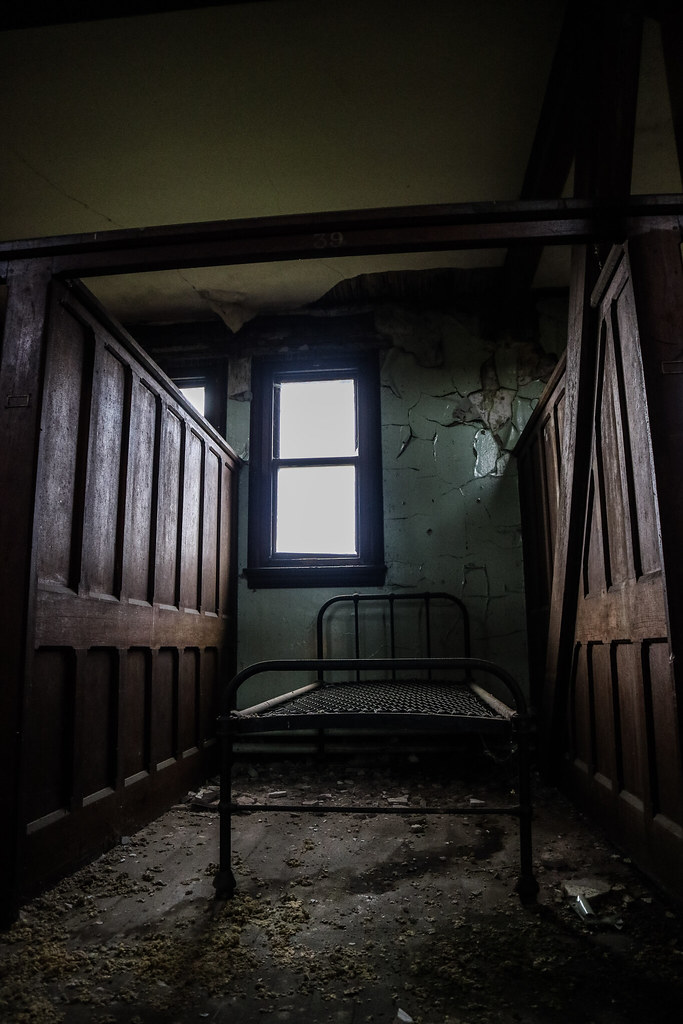 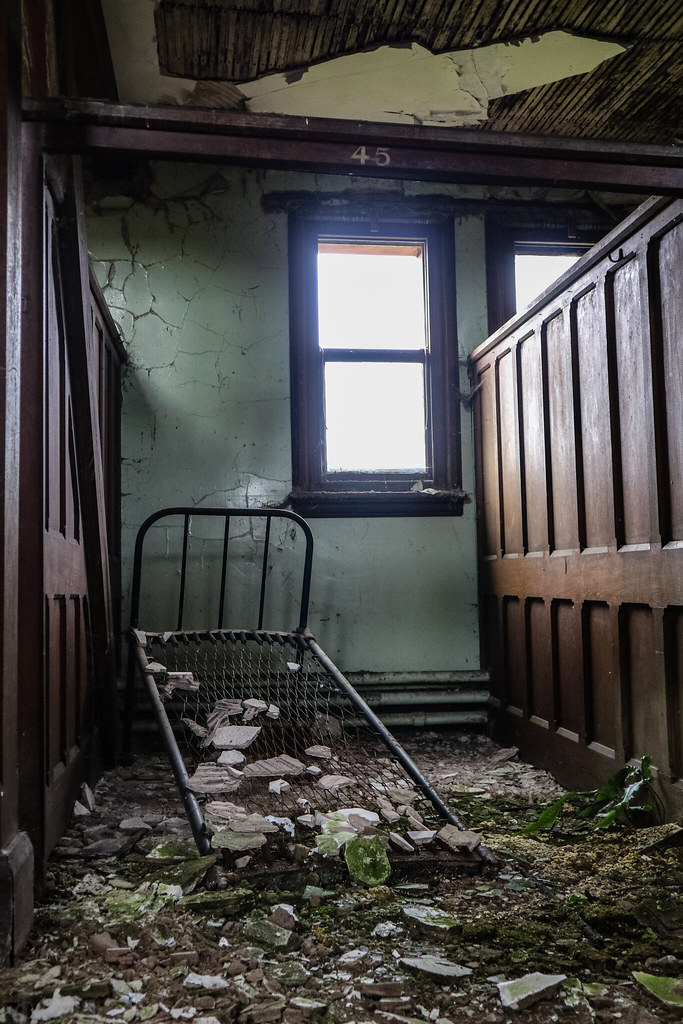 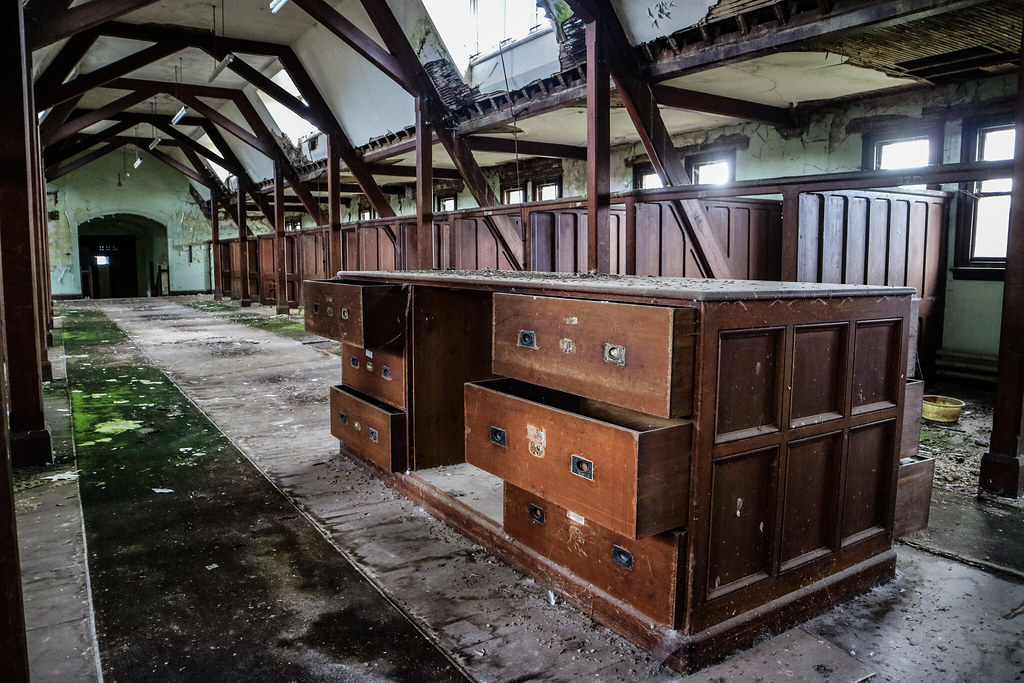 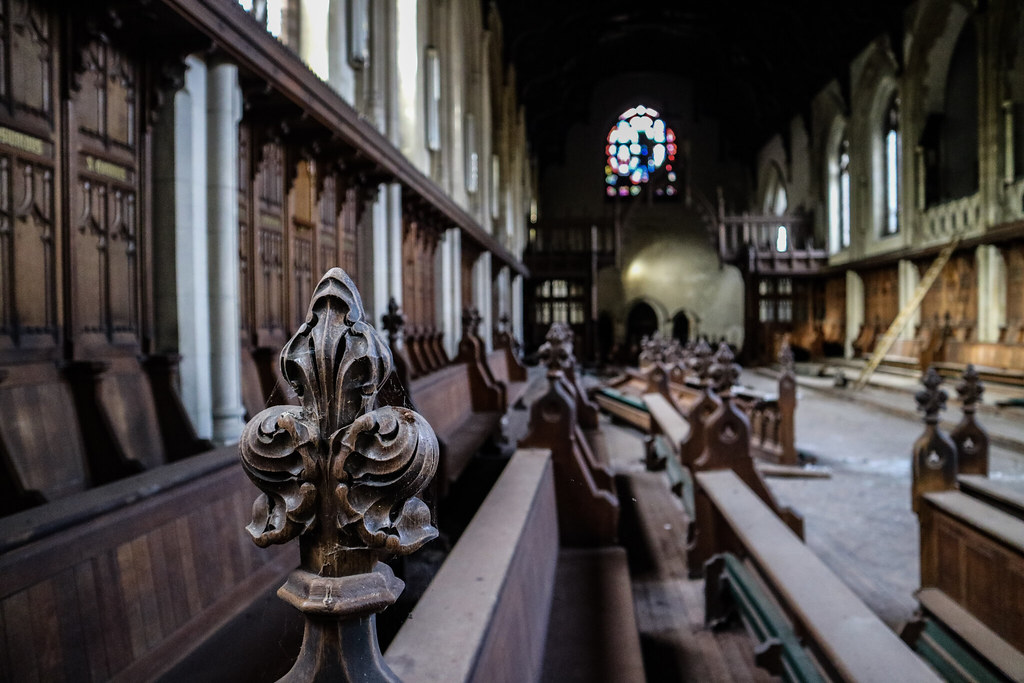 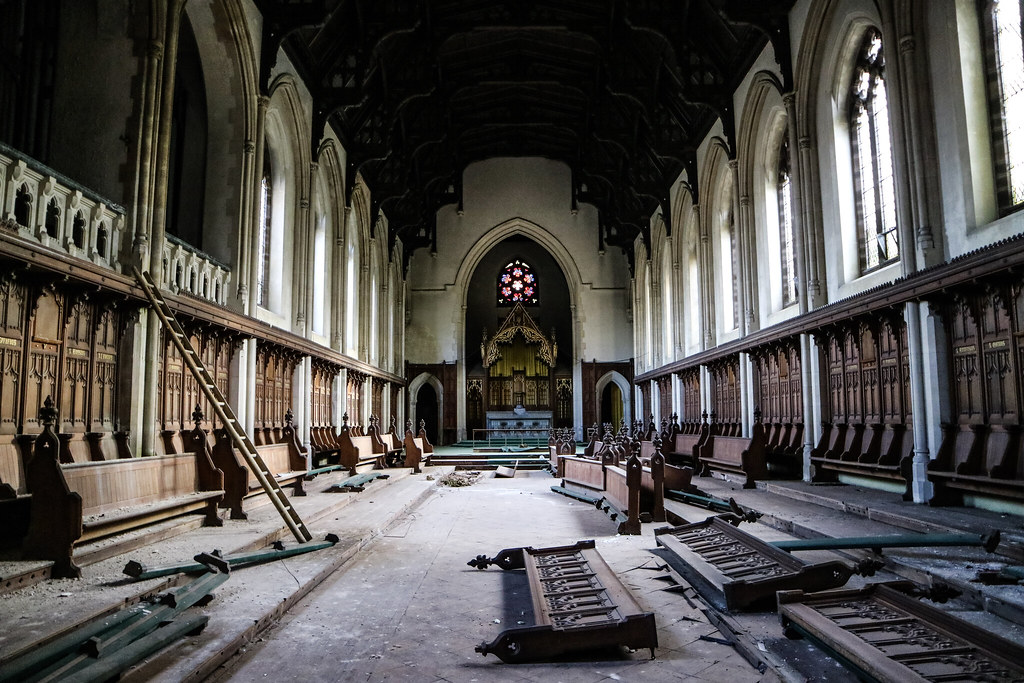 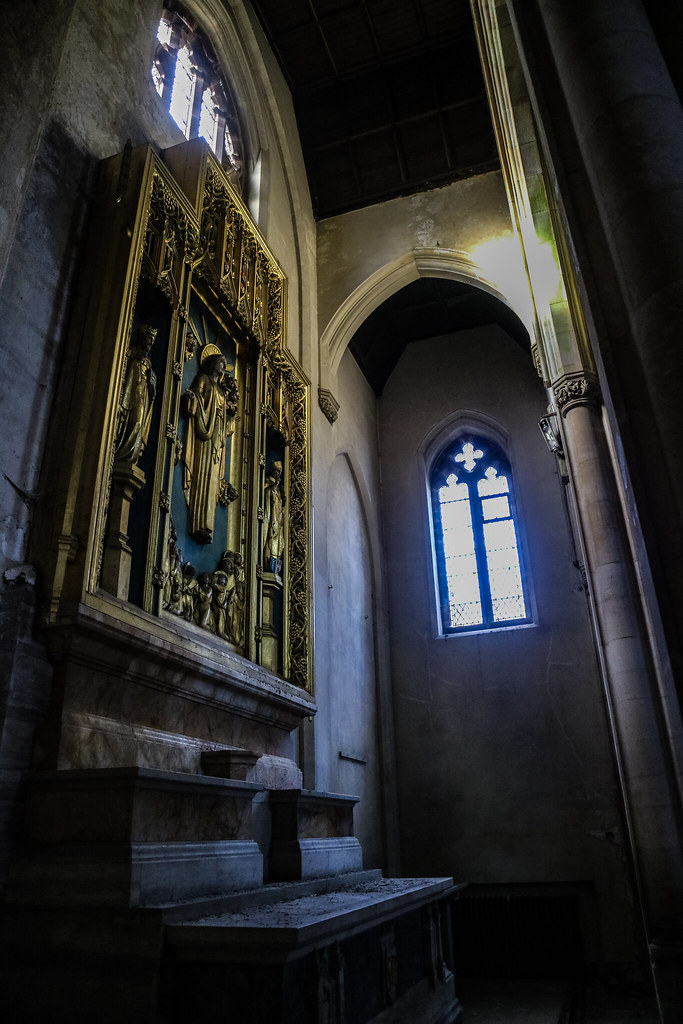 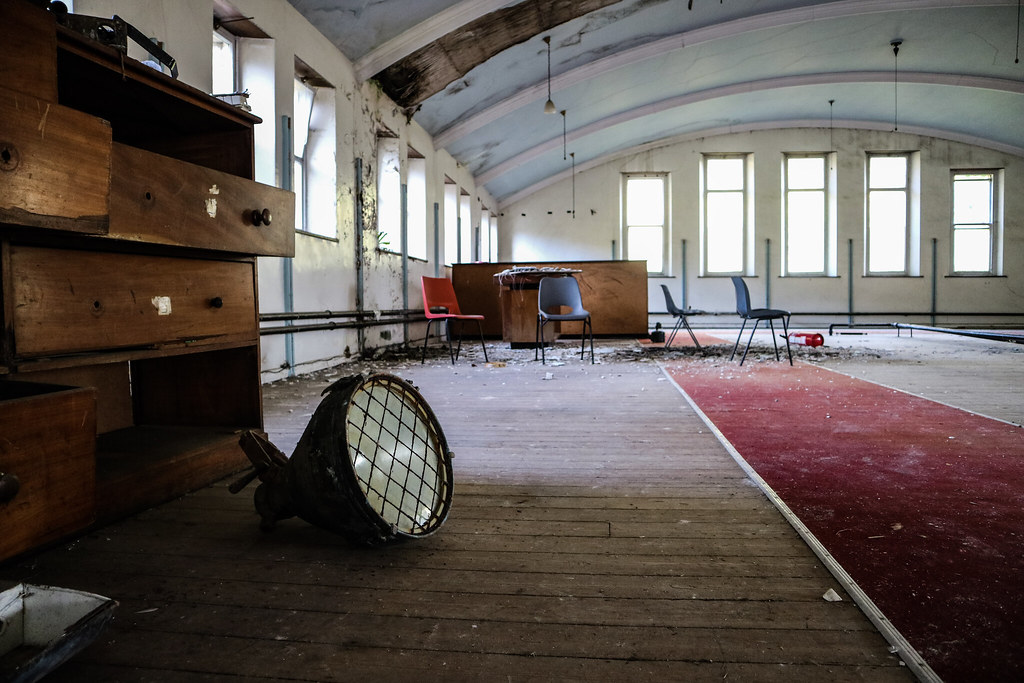 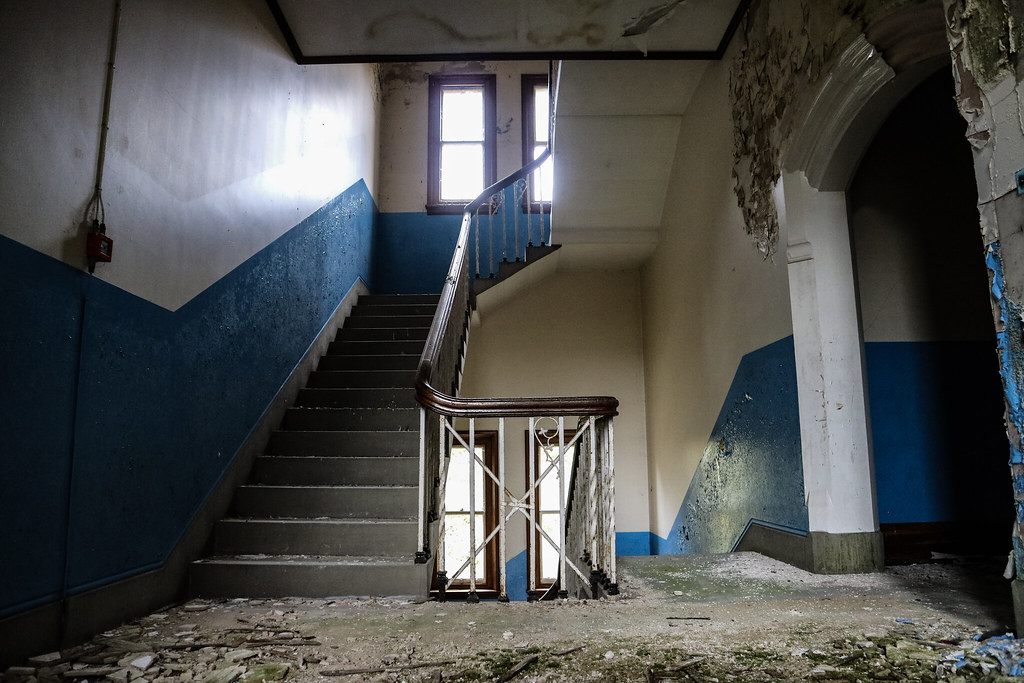 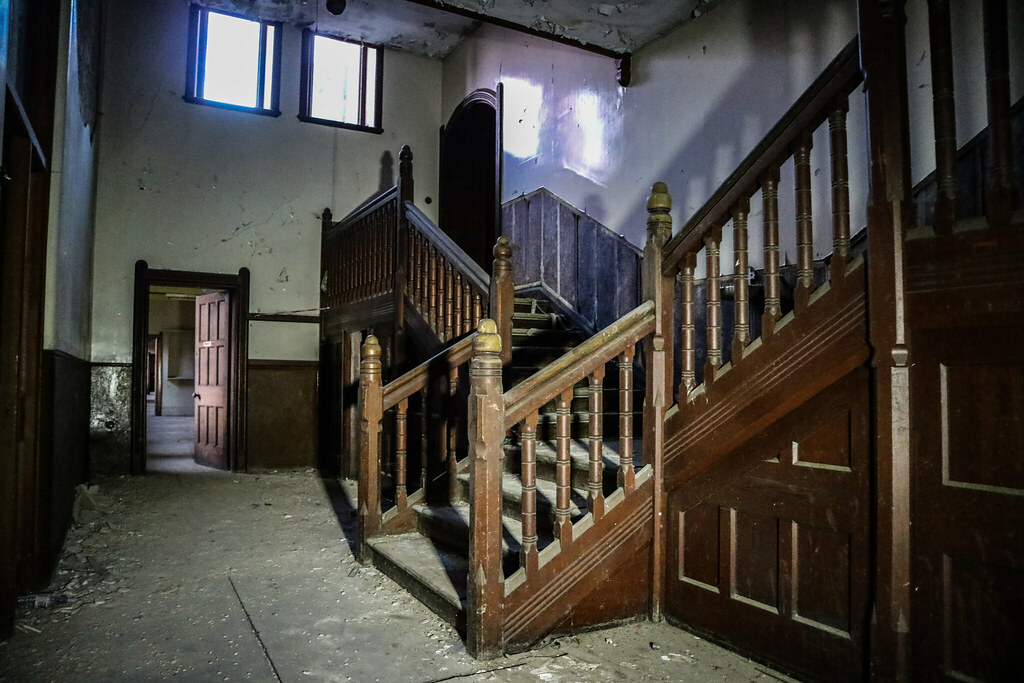 This is one of those places where I'll return at some point to the photos I chose not to edit and find something cool about them so I will produce more. I hope you liked the photo side of the report.

Here's the link to my documentary styled exploration video of this site. I am very, very happy with this one and I think it's the best abandoned work I have produced. We cover the immense history, present and future state of the massive seminary:

Regular User
Nice work mate! Gotta love that feeling when you get a place done after years of waiting for it. You got some great pics there.

Staff member
Moderator
Wow crazy how much this place is decaying now, but looking pretty photogenic for it! Nice set of snaps there.
My Website -> Behind Closed Doors

28DL Full Member
Incredible place and very well pictured. I like it a lot.

28DL Full Member
Really shocked me how much the decay is setting in in this place as i haven't seen any photos for a while! Like astroturf in places but looks better for it if i'm honest

Regular User
nice to see a good update on the place.
P

Regular User
Lovely light in some of those shots - makes a change for you to have somewhere not boarded up and dark!

As usual your vid shows a lot more than some photo reports, keep it up.


UrbandonedTeam said:
the property was sold to Anglo International who instructed AEW Architects for the conversion of the Grade 2 listed RC Seminary to 92 apartments, with 220 new build enabling units.
Click to expand...

Iirc Planning permission for this was refused in 2006, with the only planning activity since being the fencing?
Last edited: Nov 16, 2018
B

28DL Member
This place looks amazing and not far from me. I'm looking for somewhere like this to get some drone shots of. And then my buddy will pop them through his computer to spit out a 3d model. What's anyone's thoughts on getting into the grounds now and flying a drone?
You must log in or register to reply here.
Share:
Facebook Twitter Reddit Pinterest Tumblr WhatsApp Email Link