St Michael’s was built during the early 1880s, the foundation stone being laid on 28th May 1880. It was designed by the Ipswich architect E F Bishopp. It had never been one of the most attractive churches in the town, but it remained as a solid representation of the times that made it. Located in a Victorian town with prospects to grow in population, both overall and in terms of the size of its Church of England congregation.

Large areas of slum housing existed around the church when it was first opened and it was built with an aim to serve the people who lived there. Upon opening in 1881 the church had space to seat 360 people. By the 1930s it had grown its capacity to 750, which gives some idea of how important a centre of community it had become. Groups run inside the church included: Girl guides, Brownies, Bible study groups, the 25th Ipswich Scouts and Cubs, and a Mothers Union, among others.

The Church received Grade II listing on 6 April 1988 but towards the end of the 20th century the size of its congregation began to dwindle, thanks to ever depleting church attendance.

This was also not helped by the fact it was very close to three other Church of England congregations at St Helens, and the parish churches of Holy Trinity and St Pancras.

St Michael’s struggled on into the 1990s, partly because of its unusually Low Church character. At its end, it could claim to be the only church in Suffolk that had never used anything other than the Book of Common Prayer.

It finally closed its doors for good in 1997. 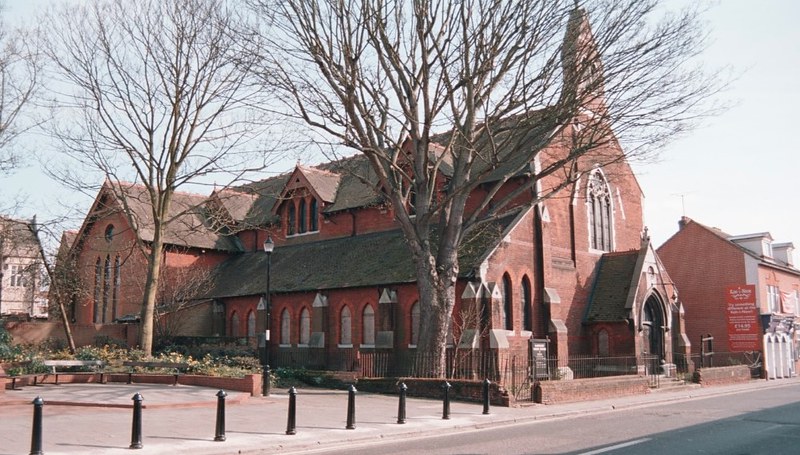 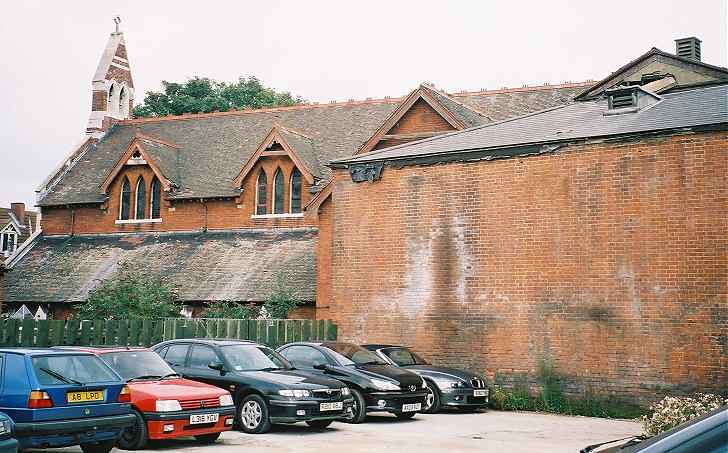 On the 7th March 2011 the Church of St Michael’s caught fire, the roof promptly collapsed in on itself and the interior was left to smoulder for some time as the building was declared structurally unsafe to enter. 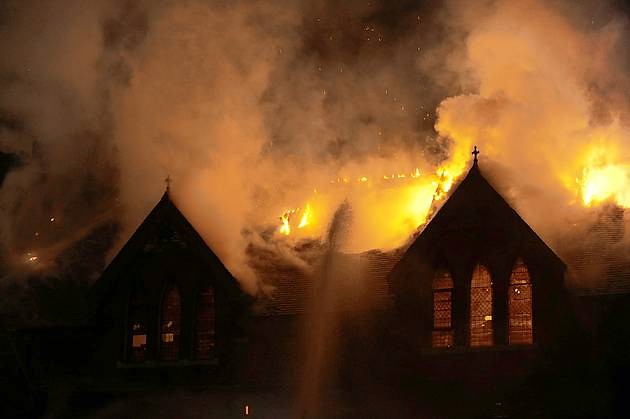 The fire at the church has caused some controversy, as the building that had been empty since 1997, had recently been acquired by a group seeking to turn it into a Muslim-run community centre, which had unfortunately not insured the building. As the police opinion is that the fire was a deliberate act of arson, accusations had naturally already flared up.

Now the church lays empty and is a very sorry state, the community hall next door has been restored but it is unlikely that the church will ever return to its former glory.

Not my usual explore this but I just happened to be driving through Ipswich with RA, looking for food and we spotted this hidden behind a little carpark. We stopped, bounced over the fence, took some pictures, climbed some scaff, took more pictures and bounced back out in search of the aforementioned food. 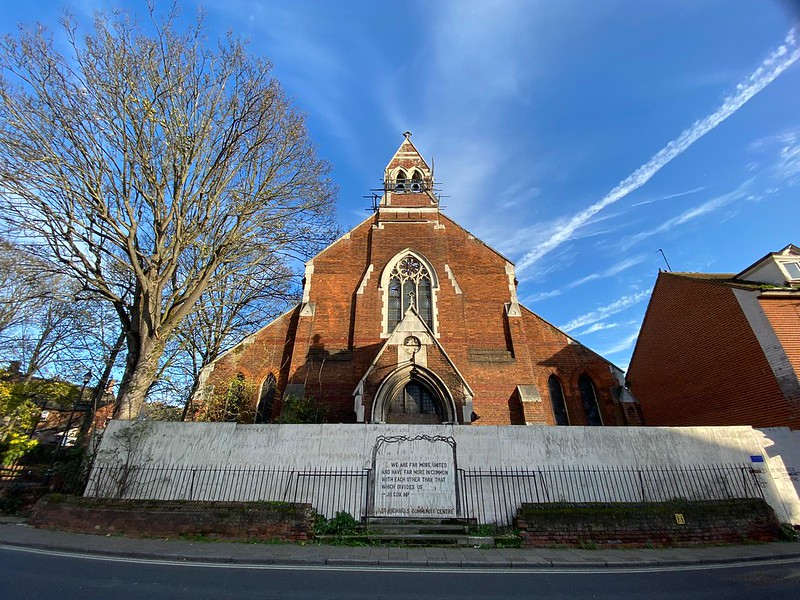 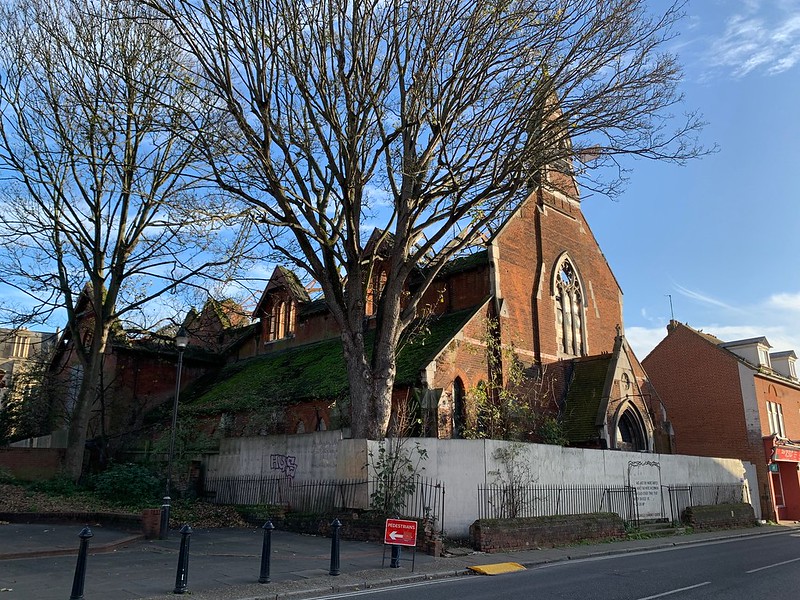 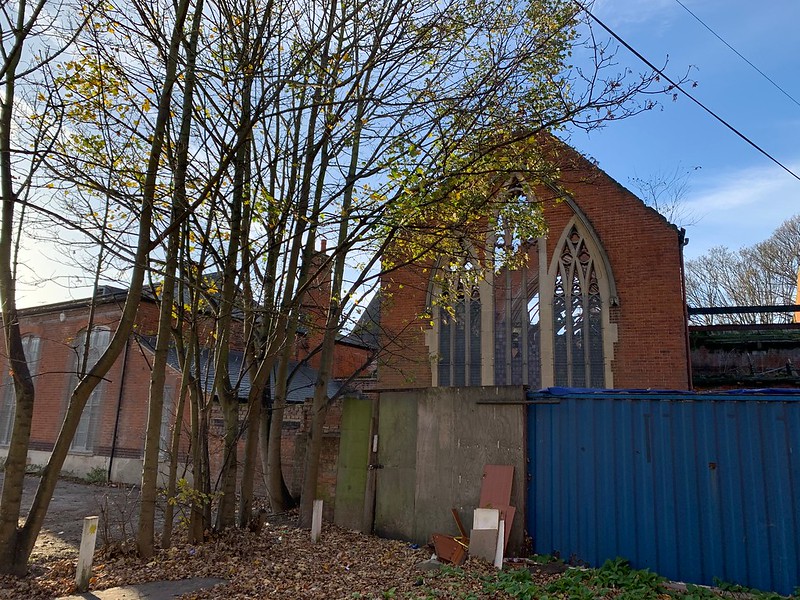 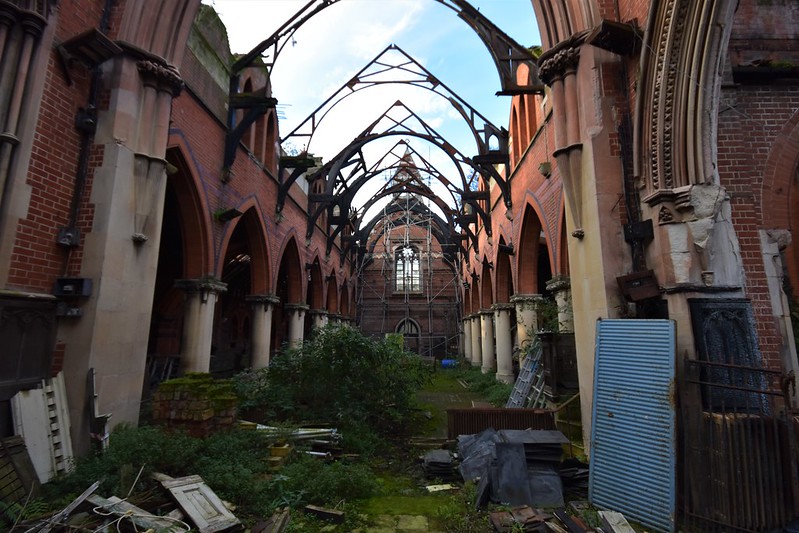 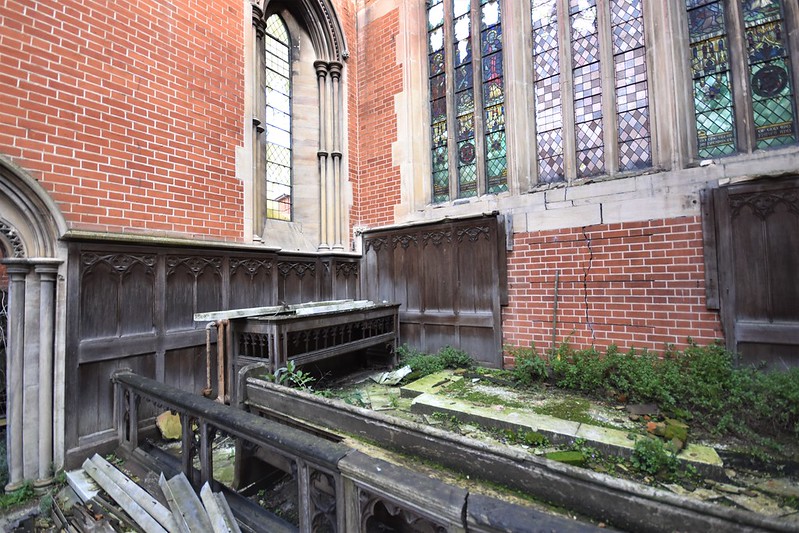 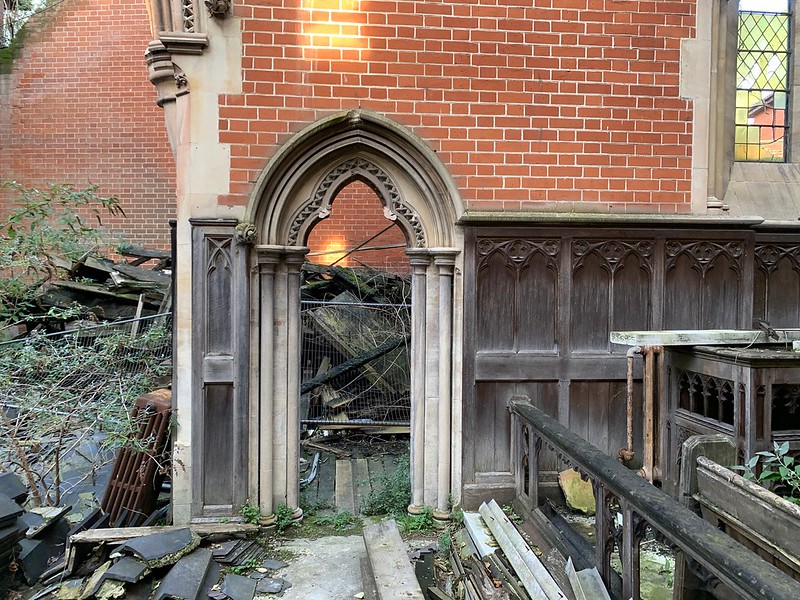 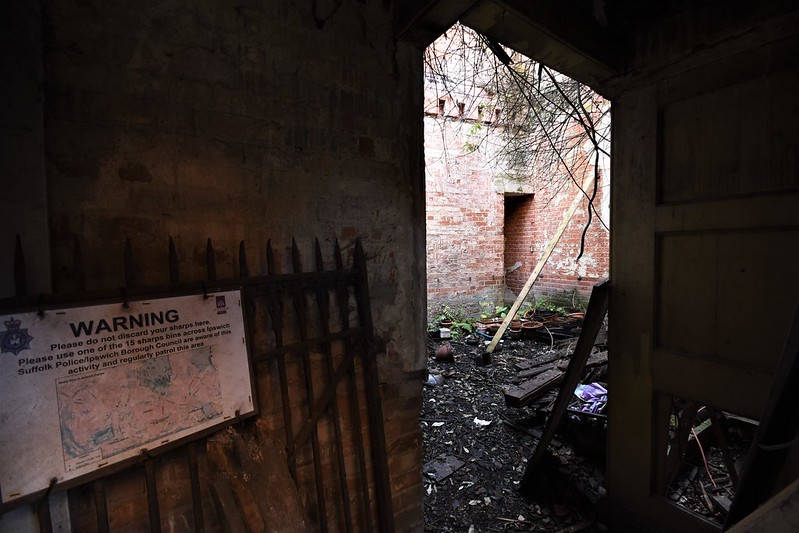 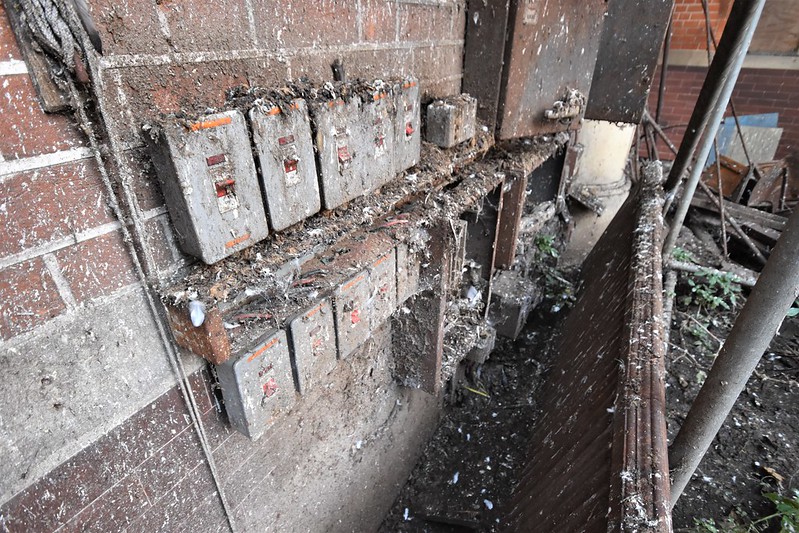 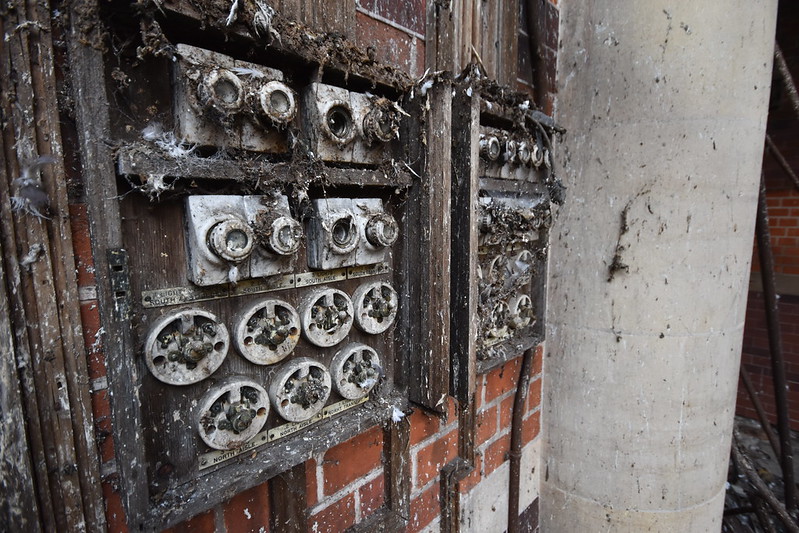 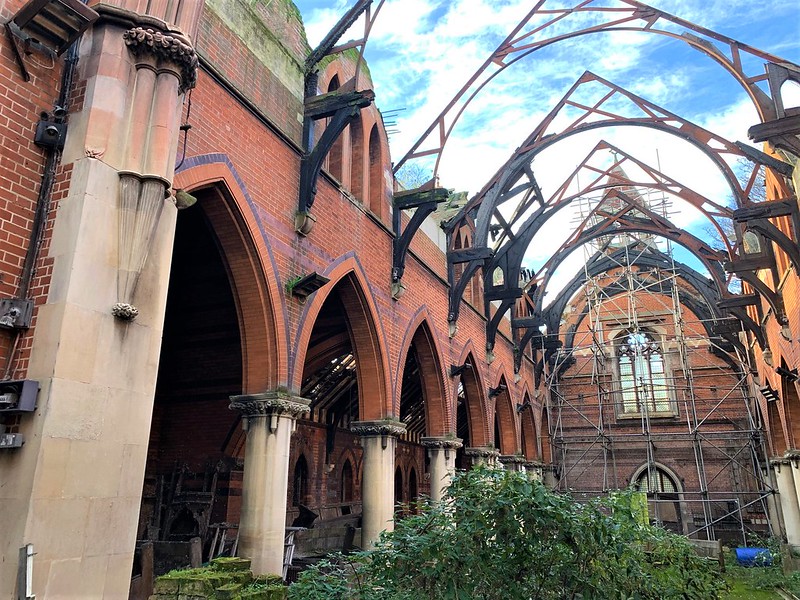 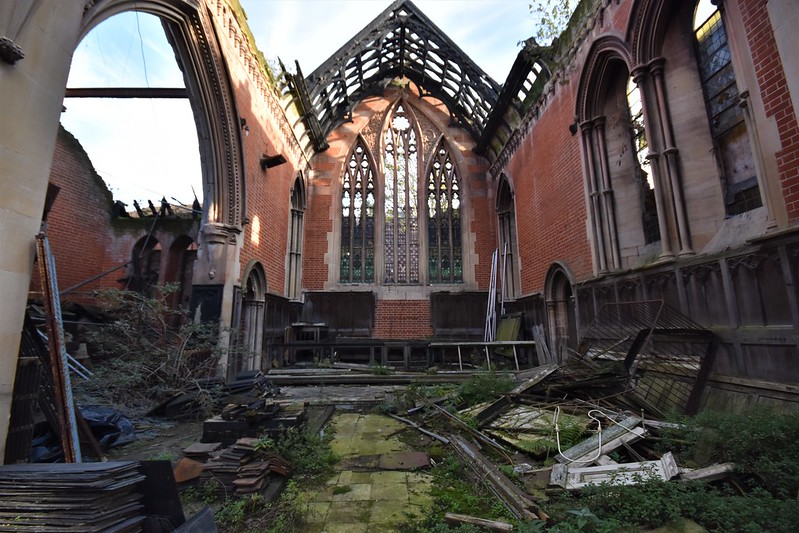 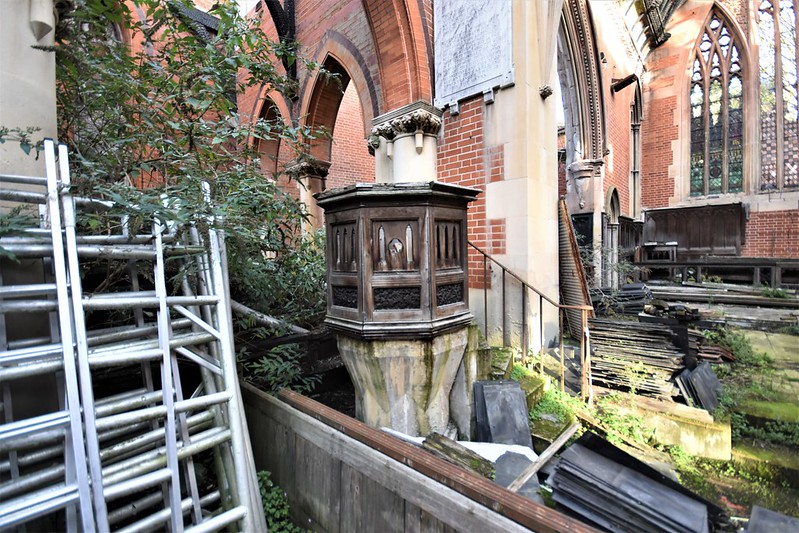 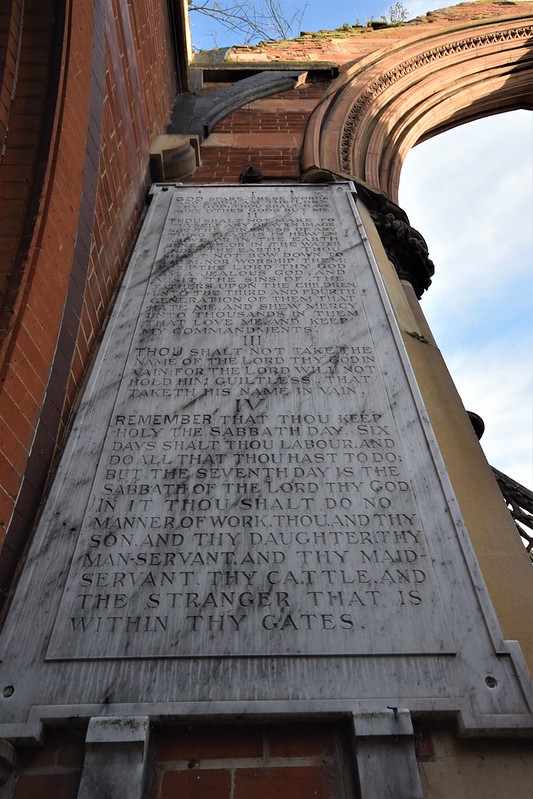 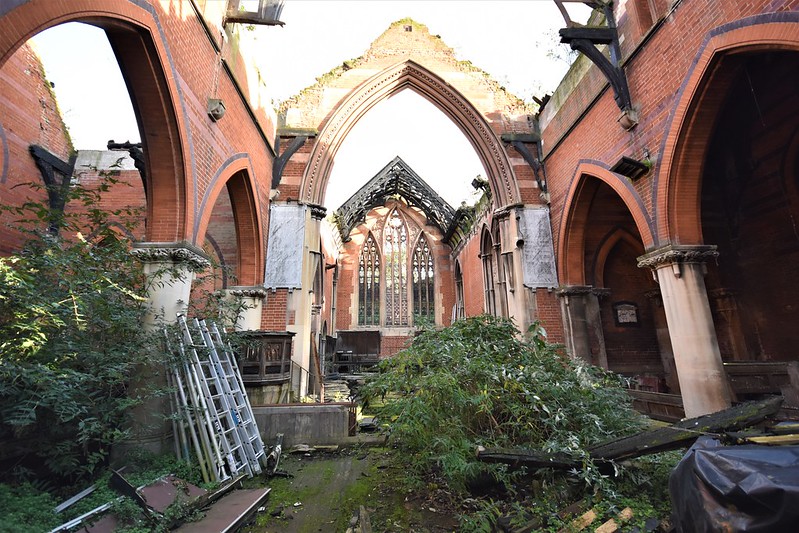 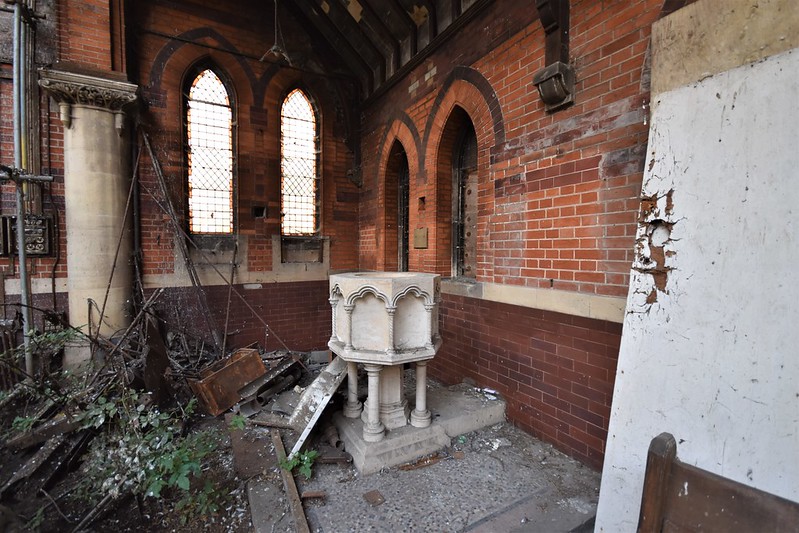 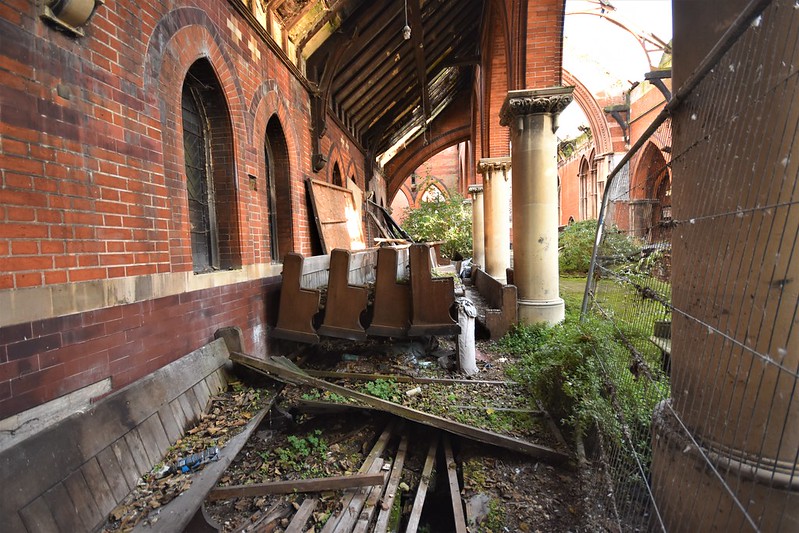 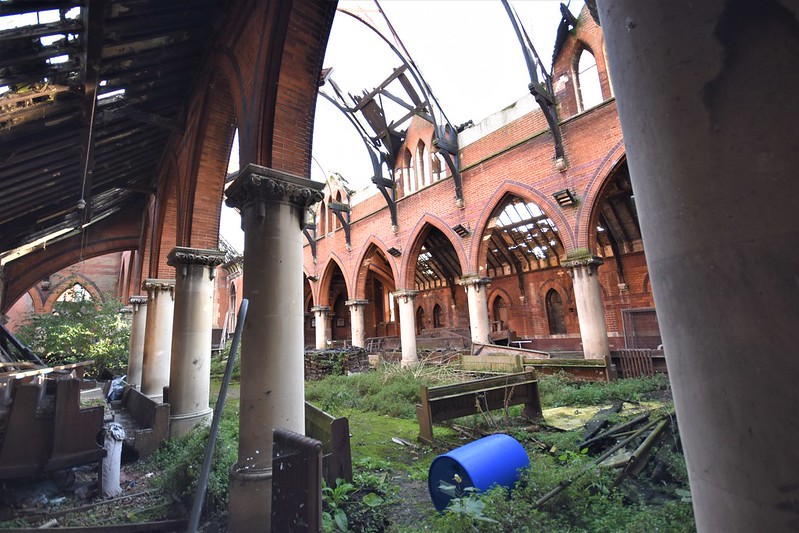 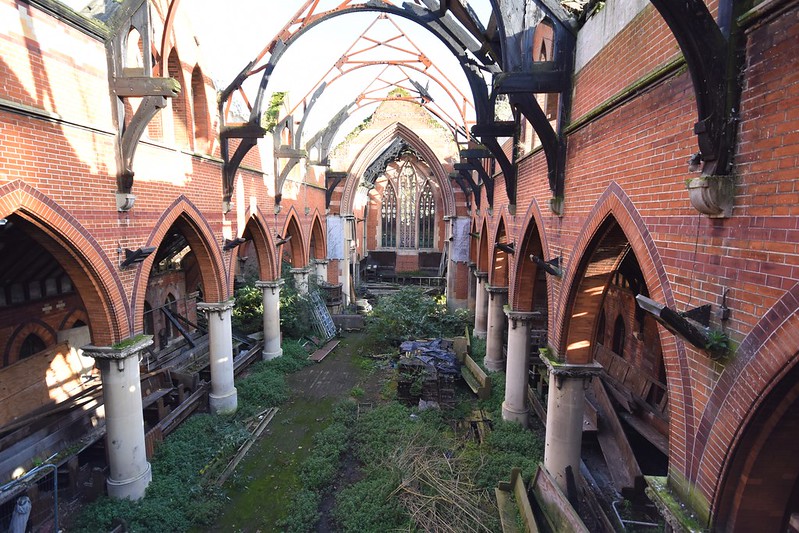 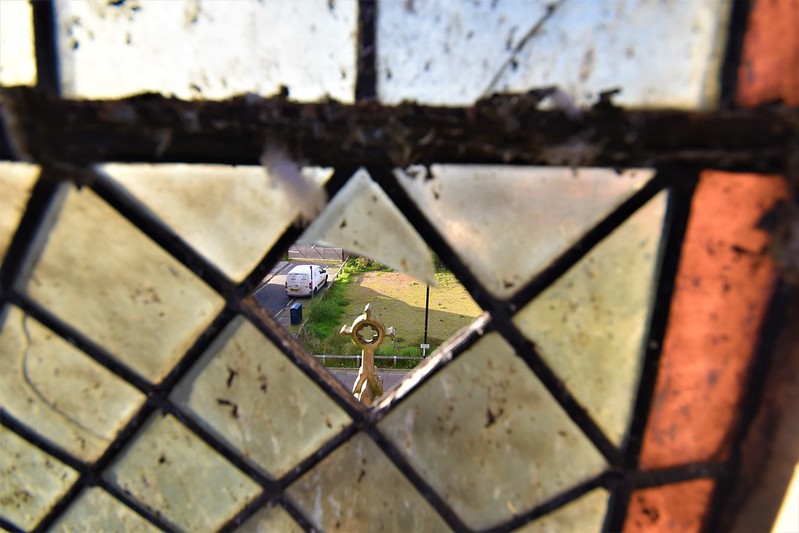 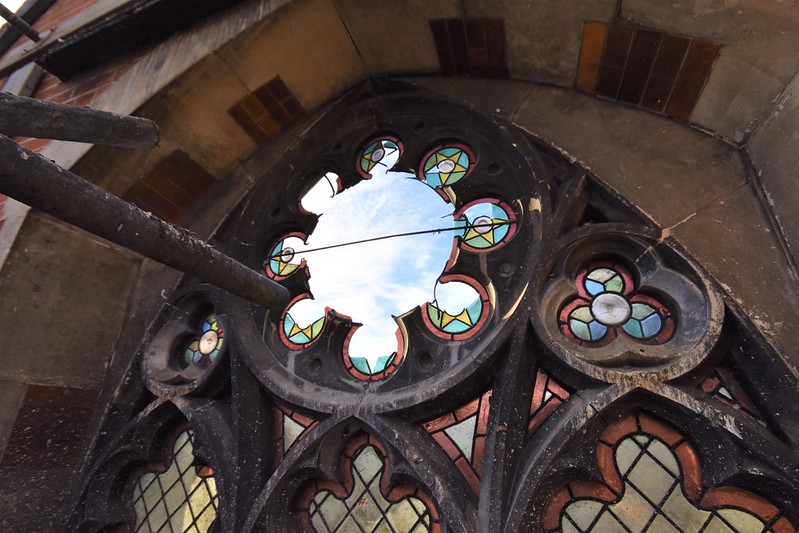 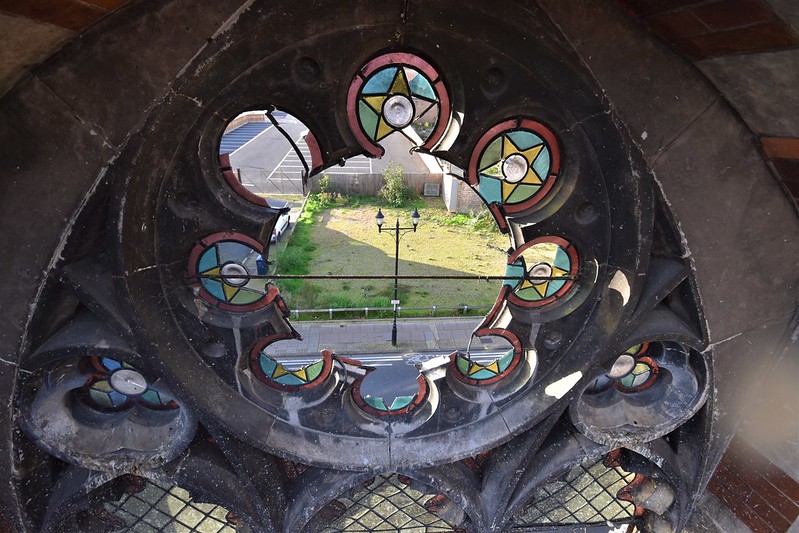 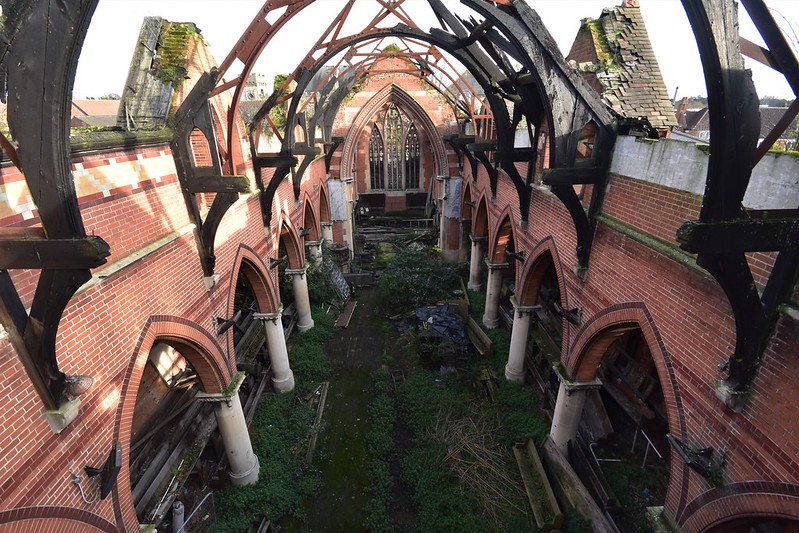 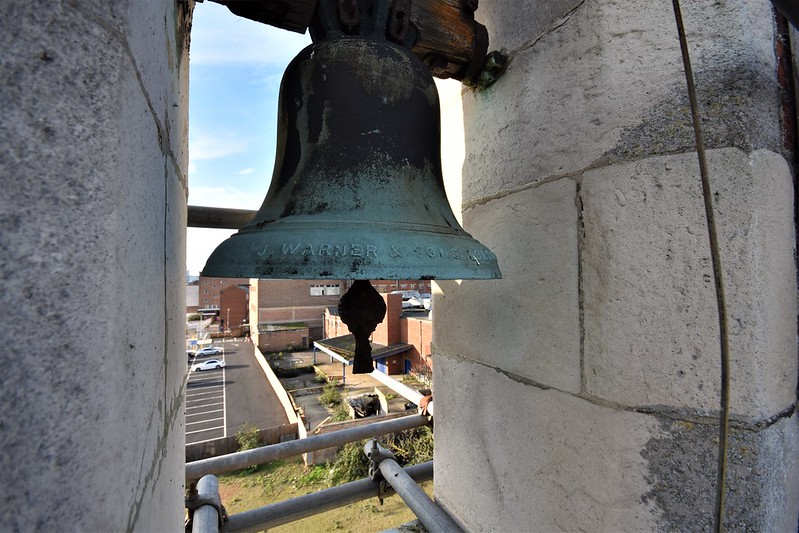 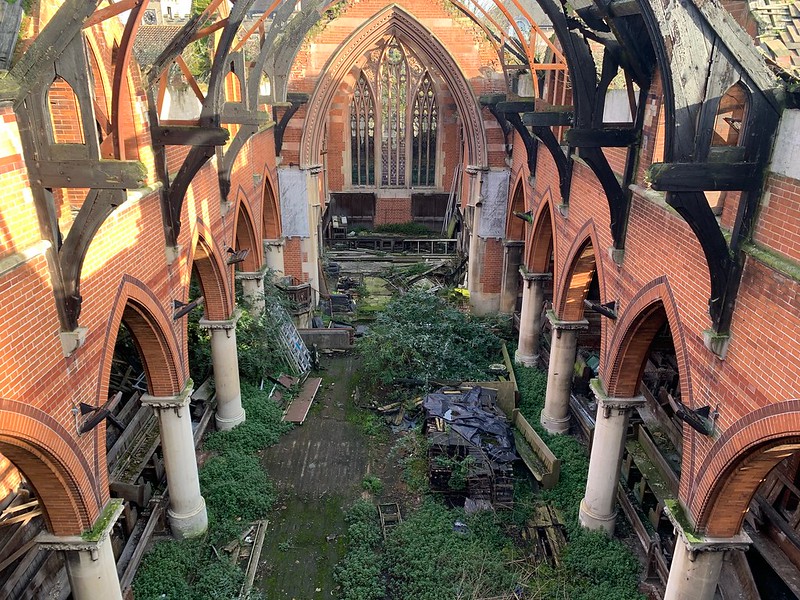 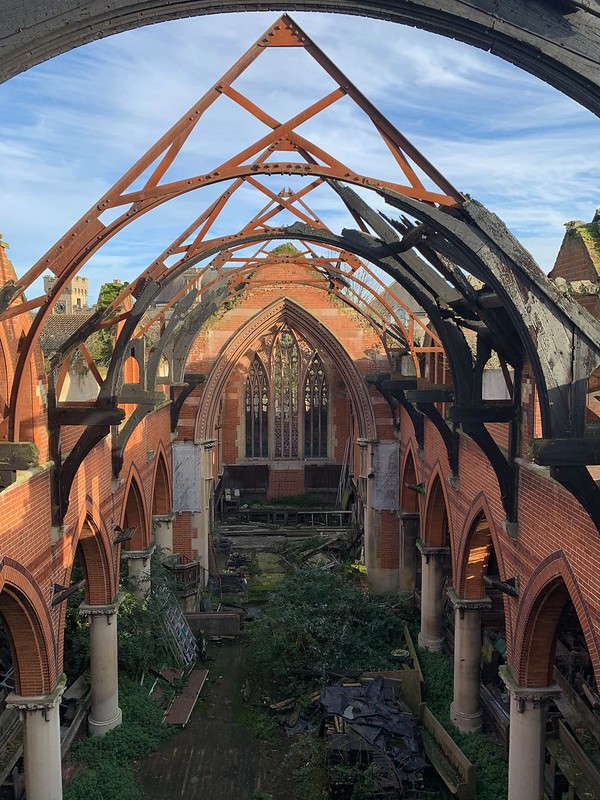 Regular User
For a roofless shell that's rather nice!
I'm not from Birmingham.​

28DL Full Member
That is very nice, almost feels like part of an asylum.
Man cannot discover new oceans unless he has the courage to lose sight of the shore

28DL Full Member
Did ya ring the bell?
Just looking...

trikey said:
Did ya ring the bell?
Click to expand...