Regular User
I first visited this hospital back around 2009/2010 when there was a good bit more to see. It has been the victim of many fires and I had pretty much written it off. I was back home visiting my folks and after a few drinks my old man told me the place wasn't completely destroyed and it looked like a few buildings were in decent shape, so I thought I'd swing by for another look. I was gutted to see parts of it had been demolished, including my favourite part the boiler house. The place was pretty trashed and lots of parts inaccessible due to fire damage and internal collapsing but I got a few pics anyway so figured it was worth posting an update.

"Baldovan Institution was founded in 1852, mainly through the benevolence of Sir John and Lady Jane Ogilvy and from voluntary contributions and fees. It was established on the north bank of the Dighty as an orphanage, hospital and place of education and training for ‘imbecile’ children, accommodating 30 children. As such it was the first hospital of its kind in Scotland and the second in Britain. The Orphanage opened on 30th November 1854 and the Asylum opened on 6th January 1855.

In 1856 its name was changed to Baldovan Asylum and it expanded its operations after it received its licence under the Lunacy Act of 1858, which legalised its function as a home for children. It was found that contact with 'imbeciles' had a detrimental effect upon the orphans and so in 1867 the Orphanage moved to other premises and the Baldovan Asylum concentrated its efforts on the care and education of mentally handicapped children. By 1879 the number of children accommodated at the Asylum had increased to 70 and the site where the Administrative block now stands was acquired. By 1904 the Main Building wards were built and occupied by 160 children.

The Mental Deficiency (Scotland) Act was passed in 1913, providing state supervision of mental defectives, which led to an increased demand for accommodation at Institutions like Baldovan. Between 1904 and 1932 further developments included another ward, staff residency, school facilities, a large Recreation Hall as well as occupational therapy and training in domestic, farm and garden work.

In 1925 the Baldovan Institution Confirmation Act sanctioned the trustees to form an Incorporation with the counties of Aberdeen, Forfar (Angus), Kincardine and Perth to undertake the management of the hospital with provision for children of all four counties.

In 1948 the running of the Hospital was transferred to the National Health Service. Subsequent developments included a change of name in 1959 to Strathmartine Hospital and major building works in 1963-1965, which saw the demolition of the original premises and the creation of new and improved facilities, including three new single story wards and a swimming pool. Two new 25 bed wards were opened in 1980."

Closure began in 2002. By 2004 the police and the fire brigade were using the site as a training ground. 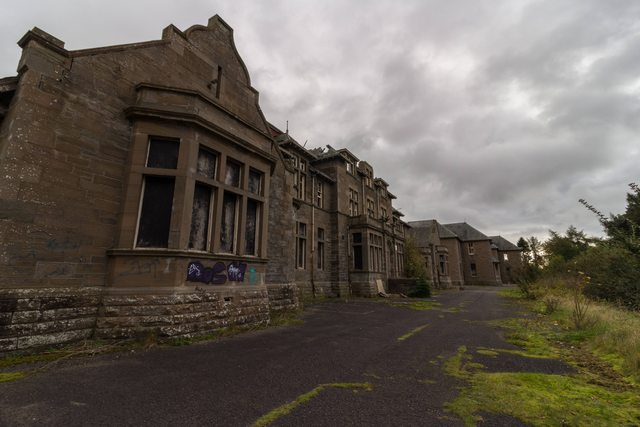 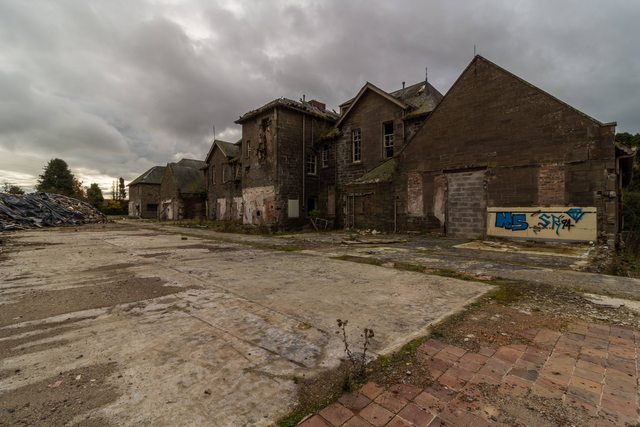 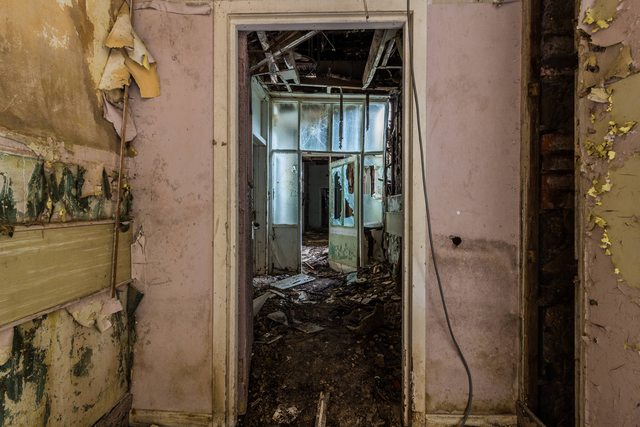 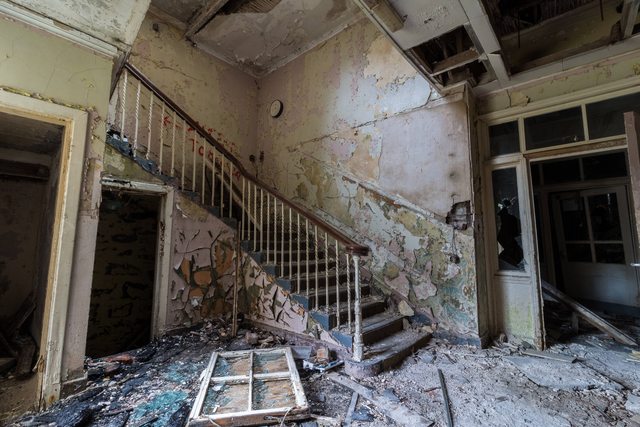 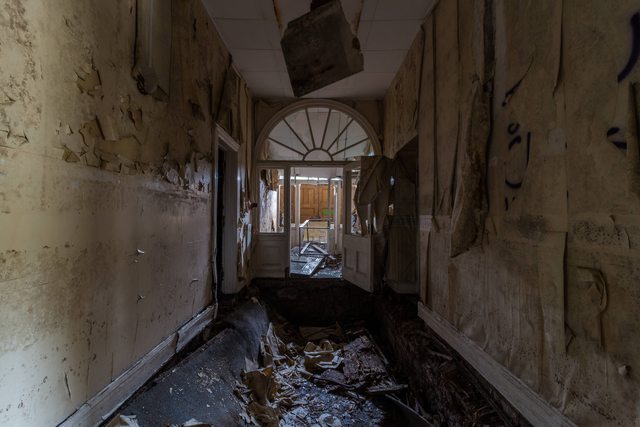 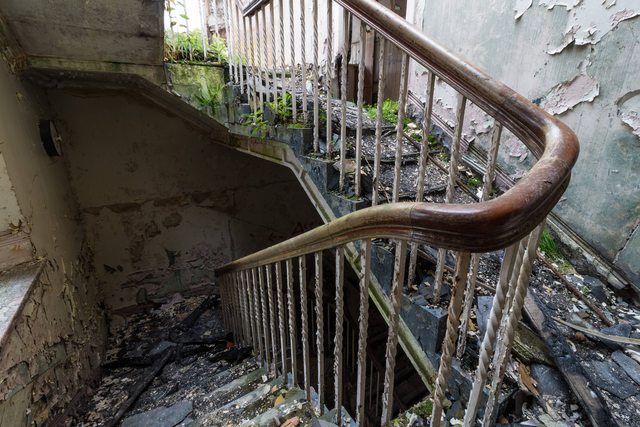 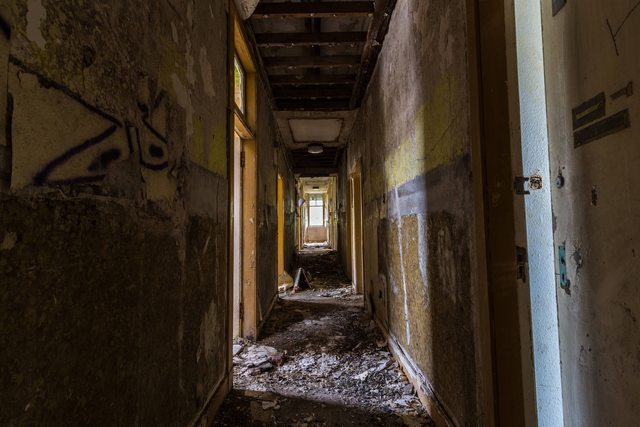 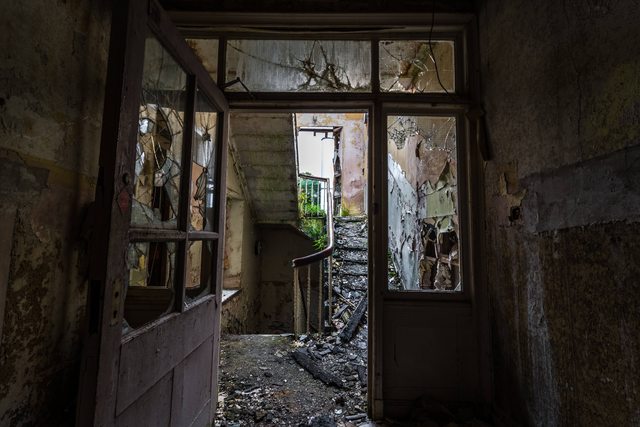 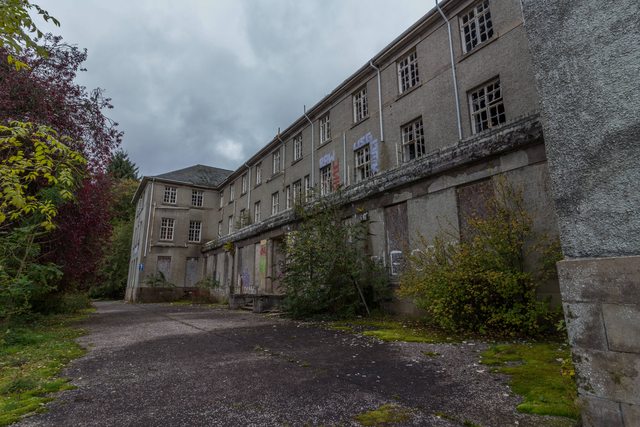 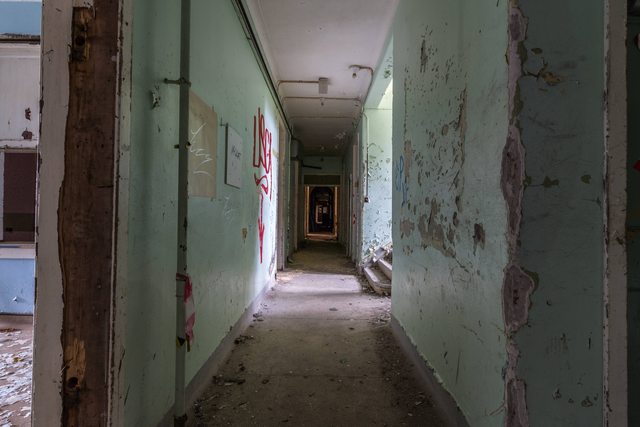 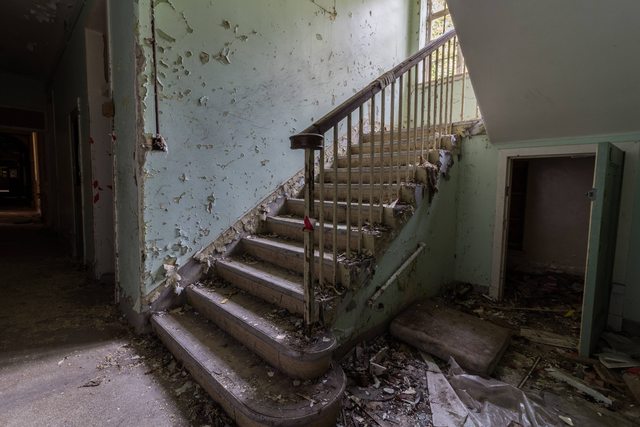 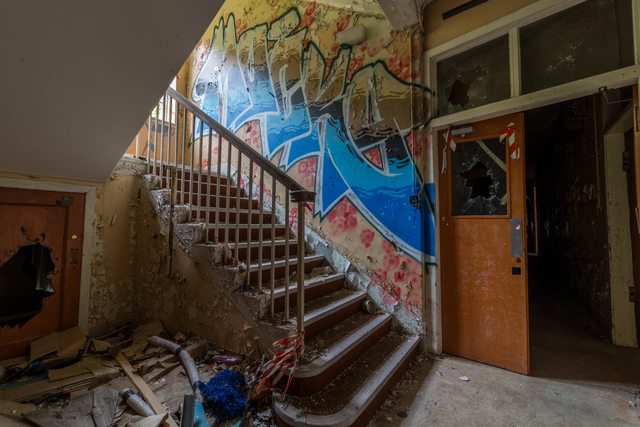 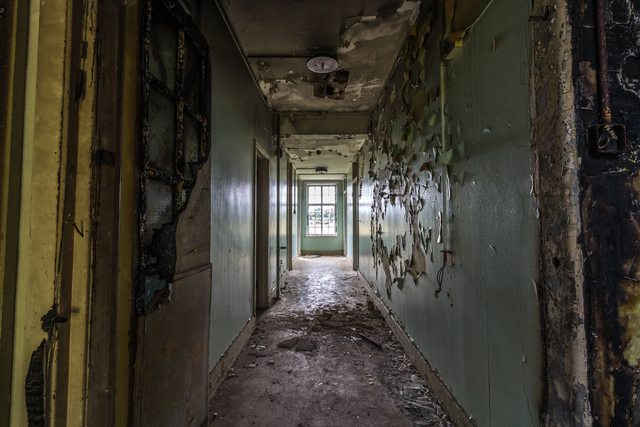 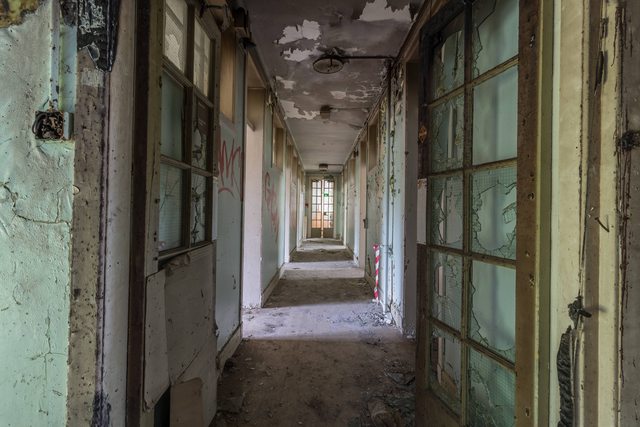 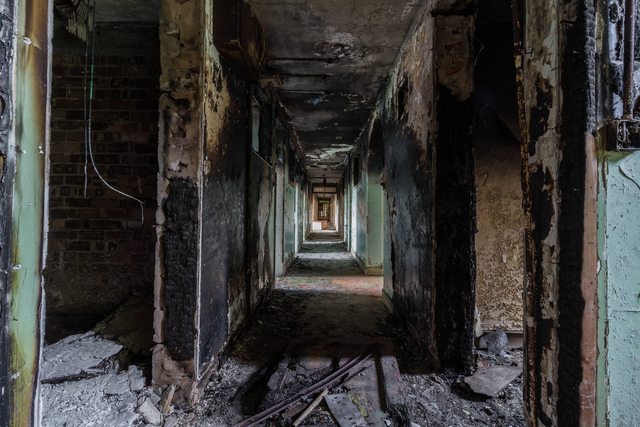 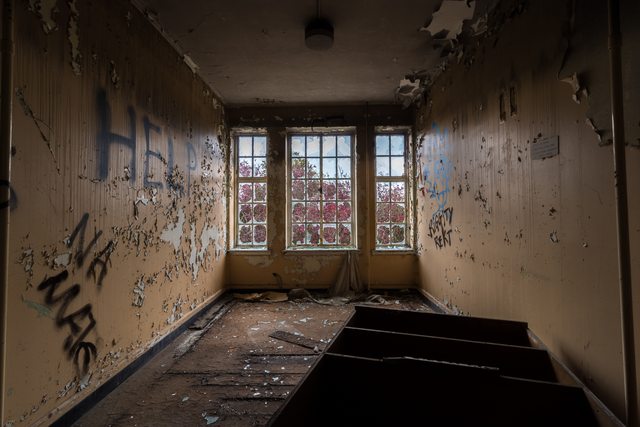 And finally - a toilet melted by one of the many fires 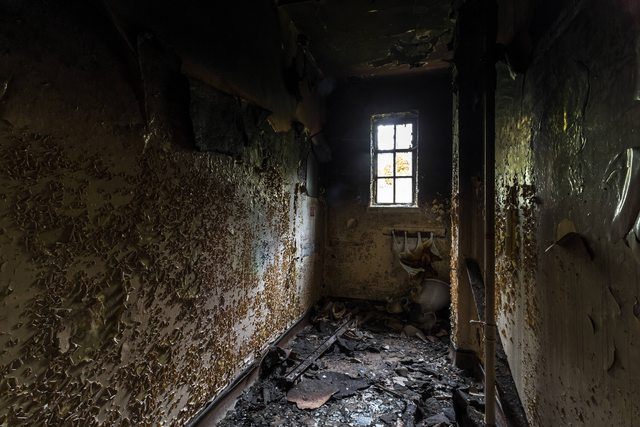 Not worth traveling for I'd say. I know there has been at least one more fire since I visited, possibly two, so who knows what sort of state its in now.