In 1781 the town of Montrose was unique among Scottish towns and cities in being the first to have an asylum for the insane. The Montrose Lunatic Asylum, Infirmary and Dispensary was completed after the institution of a subscription by local woman Mrs Susan Carnegie of Charleton, following concerns about "mad people being kept in a prison in the middle of the street". It was described as "a house and garden in the links of Montrose". It occupied the site now bounded by Barrack Road, Ferry Road and Garrison Road, approximately where the Marine Hotel and the Fire Station now stand. During these years, the main preoccupation of the managers was the considerable overcrowding in the Asylum, which among other things, made containing the not infrequent outbreaks of such diseases as cholera and smallpox very difficult. By 1853, the number of residents passed the 200 mark. As before, various additions and alterations were made to the buildings, but at one stage, even the Medical Superintendent's house on its completion was pressed into service as patient accommodation before the Superintendent could move in! Thus, inevitably, a committee was appointed in 1855 to look into the question of acquiring a site for a new Asylum, and finally decided on the lands of the farm of Sunnyside, outside the town. In 1858, Dr. James Howden was appointed Superintendent and was to remain in this post for the next 40 years. The first patients were received in the new Asylum during that year, and within two years, "the greater part of the patients were moved" to it. Inevitably, with the increased availability of accommodation, the stringent requirements for admission exercised at the old Asylum were relaxed, and in a single year (1860) the numbers rose by 30% to 373.

Carnegie house, for private patients opened in 1899. A brochure describing its attractions and a brief history of the Hospital was commissioned by the Managers to mark the occasion, and was written by Mr. James Ross. A copy can be seen in Montrose Public Library. Ravenswood was now given up, but Carnegie House did not solve the continuing problems of overcrowding. Numbers reached 670 by 1900, and two "detached villas" were built in quick succession, Howden Villa being completed in 1901 and Northesk Villa in 1904.

With the crisis in Europe in 1938, arrangements were made for gas proofing and sandbagging basement windows. One hundred yards of trench, 6 feet deep were dug in the field opposite the main gate. A.R.P. training was started, fire fighting appartus was overhauled, and gas masks issued. All this effort was not wasted. On the 2nd of October, 1940, five high explosive bombs fell on the Hospital. One missed the Main Building by 12 feet, breaking glass, but causing no casualties. Another hit the kitchen area of Northesk Villa, injuring two nurses. One of them, Nurse Reid, although injured herself, managed to attend to her colleague, Nurse Simpson, and then "proceeded to comfort and calm her patients". Her devotion to duty was such that Nurse Reid was recommended for a decoration, and was awarded the George Medal, the first in Scotland. As in the previous war, patients were evacuated from other Hospitals which were required by the War Office, and Montrose had once again to accommodate as many as 220 additional patients and their staff from Stirling. At a later stage, patients from Aberdeen were also accommodated, due to bomb damage at Aberdeen Asylum. The number of resident patients thus topped one thousand for the first and only time, (1052 on 12th June, 1940).

Over the 30 year period from post-war to the bi-centenary, it would not be too much of an exaggeration to say that the hospital had changed as much as it did in the previous hundred. Television was introduced in time for the Coronation in 1953, and most wards had a set by 1957. Complete modernisation of most wards was carried out during the 50's and 60's, which transformed especially the Main Building wards. Open fires gave way to radiators and many side rooms were heated for the first time.

The site officially closed in 2011.

Yet another site long overdue, so with a few clear days it was time to make the long journey north. After a few years of average asylums, Sunnyside was a very pleasant way to spend an afternoon with the North Sea winds at ease! With soil samples being taken in the grounds, hopefully the site has a future; which wont be helped by a group of kids i encountered later in the day. I cringe at the thought that one fire could bring 230 years of history to an end... 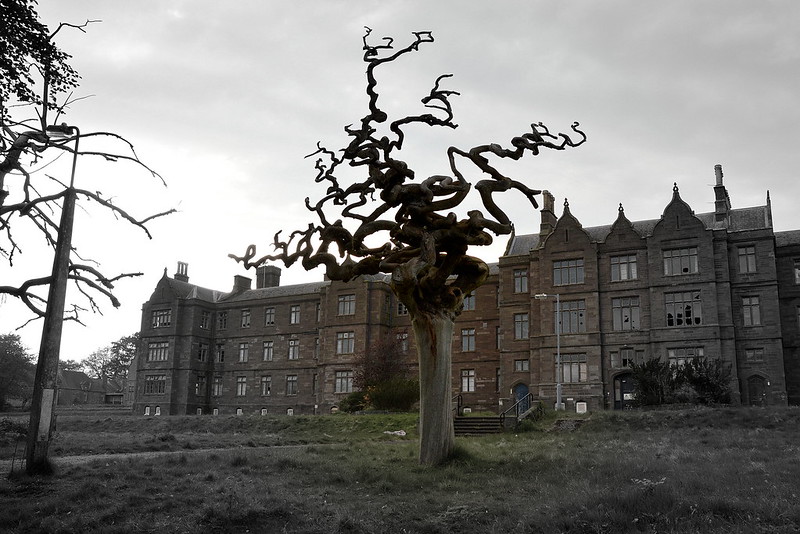 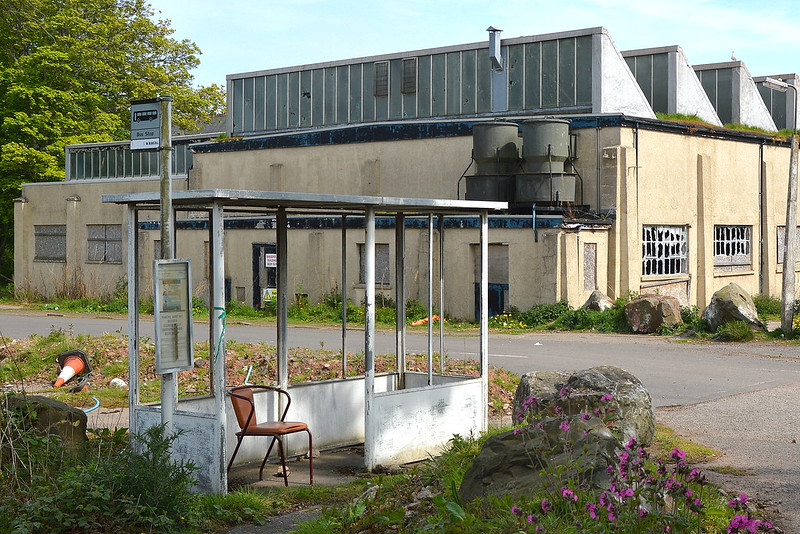 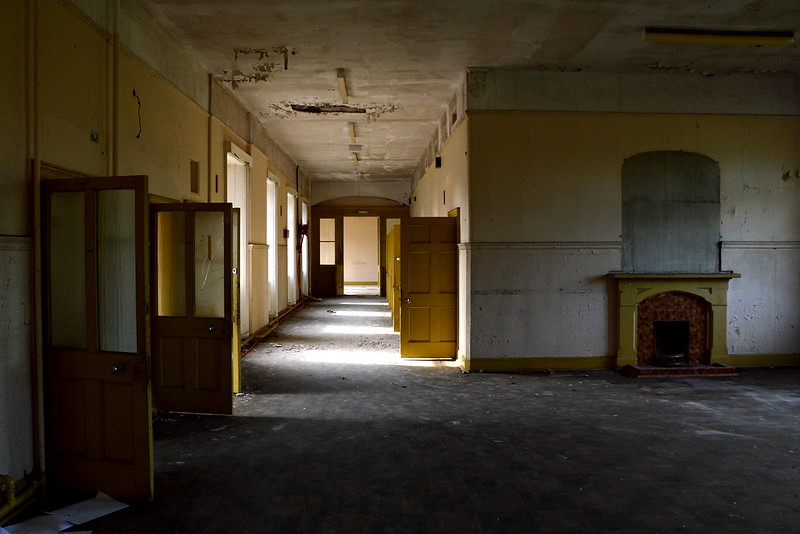 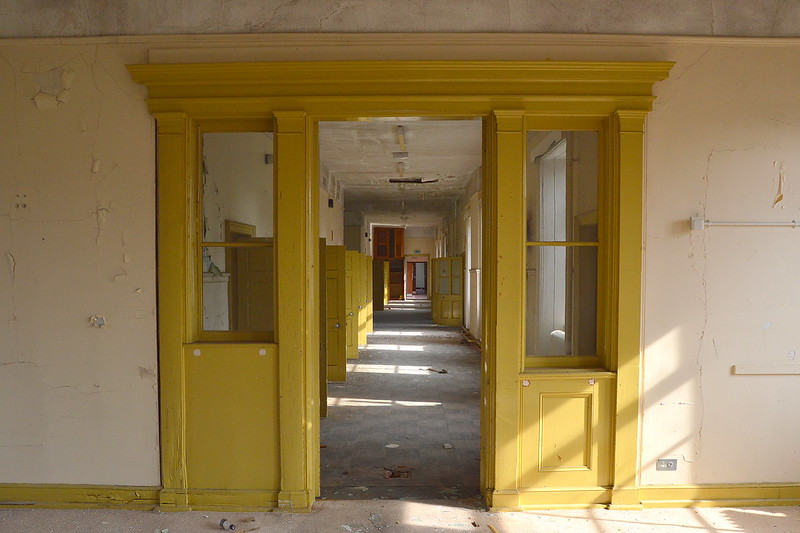 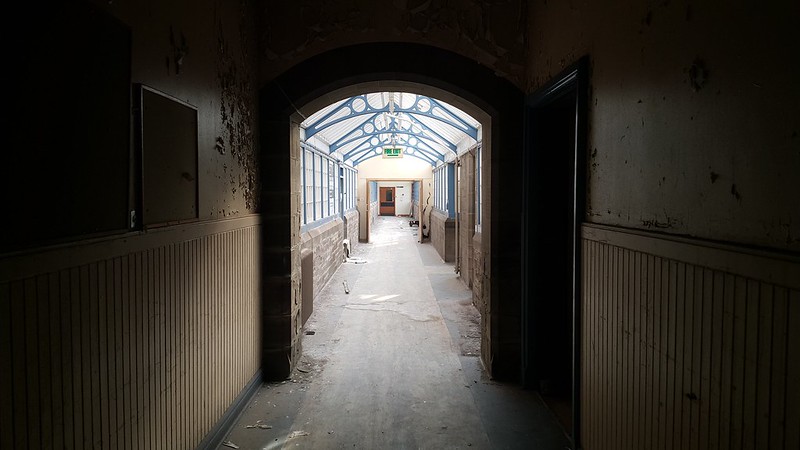 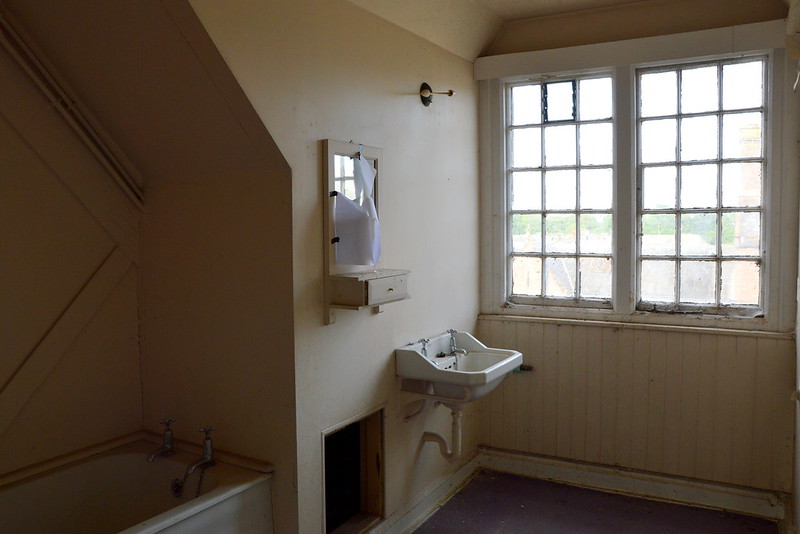 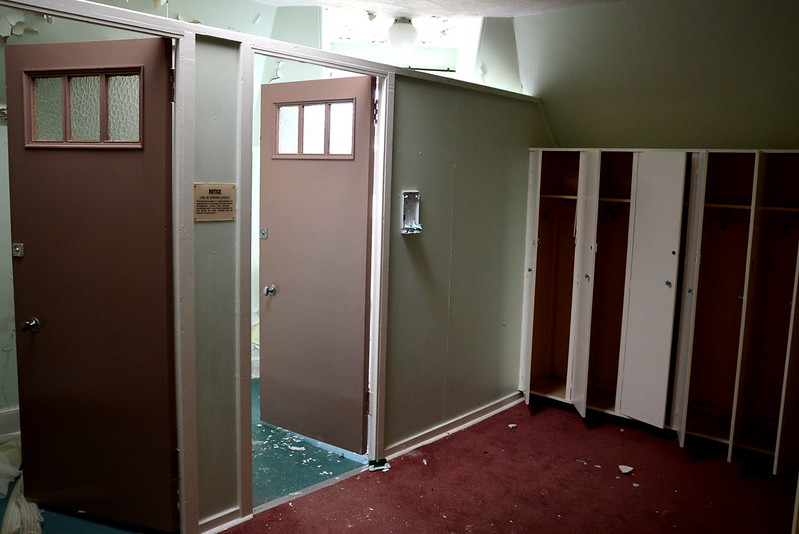 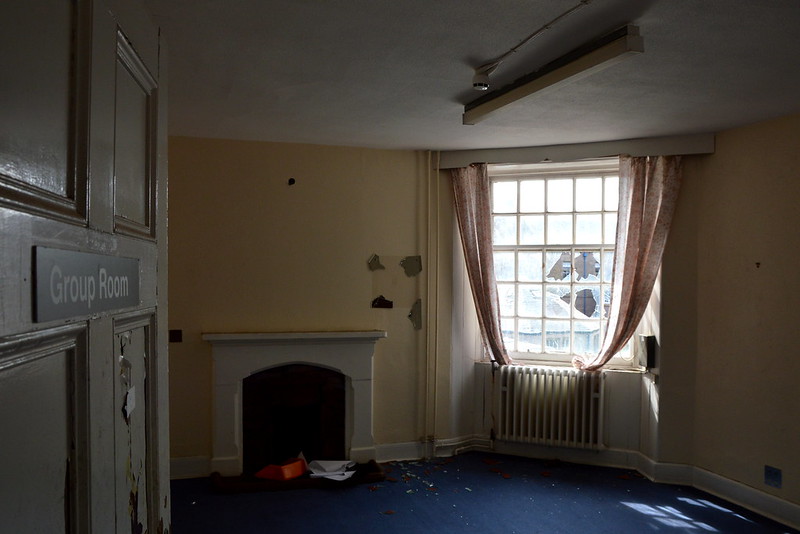 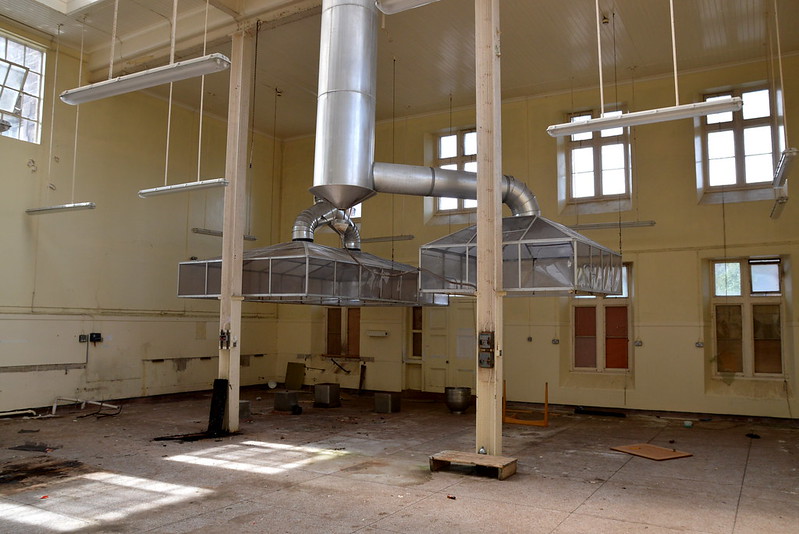 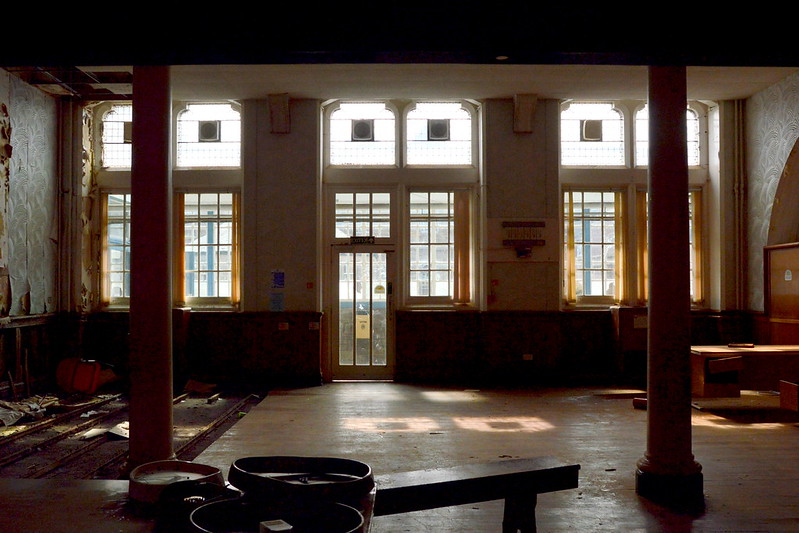 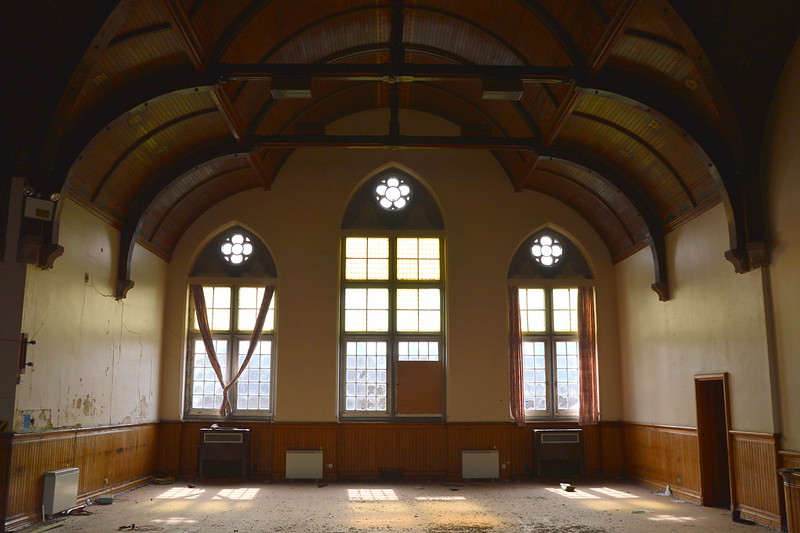 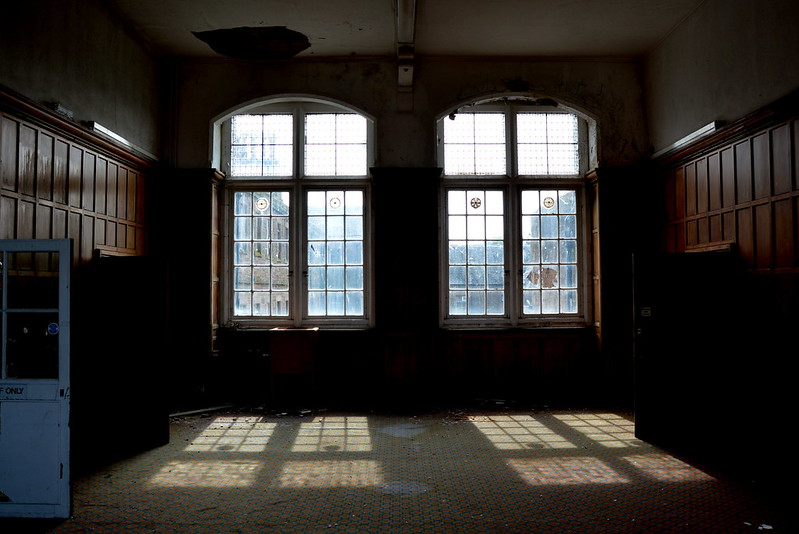 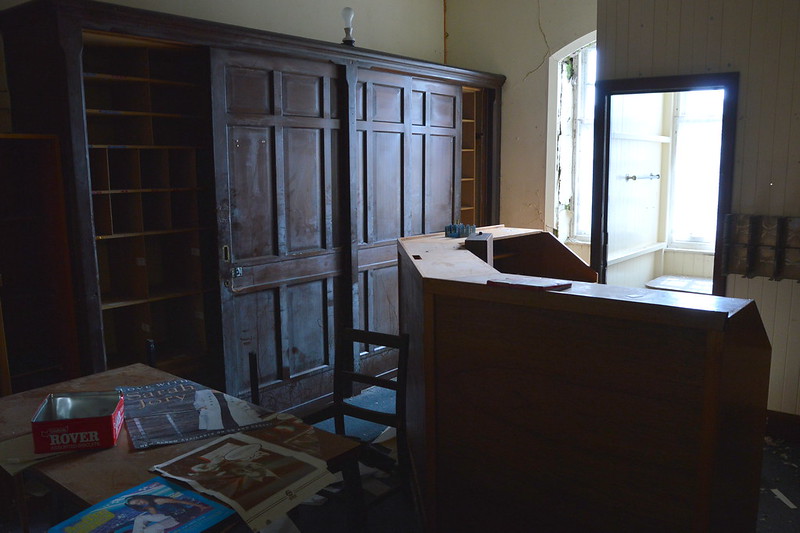 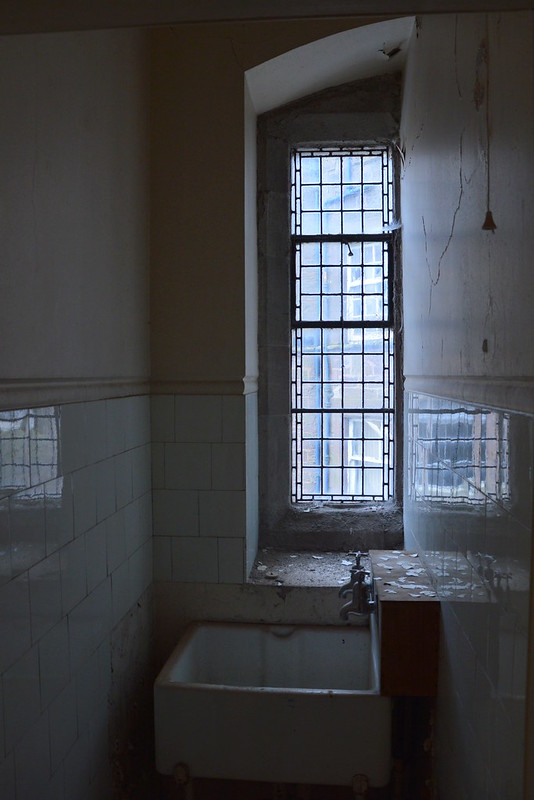 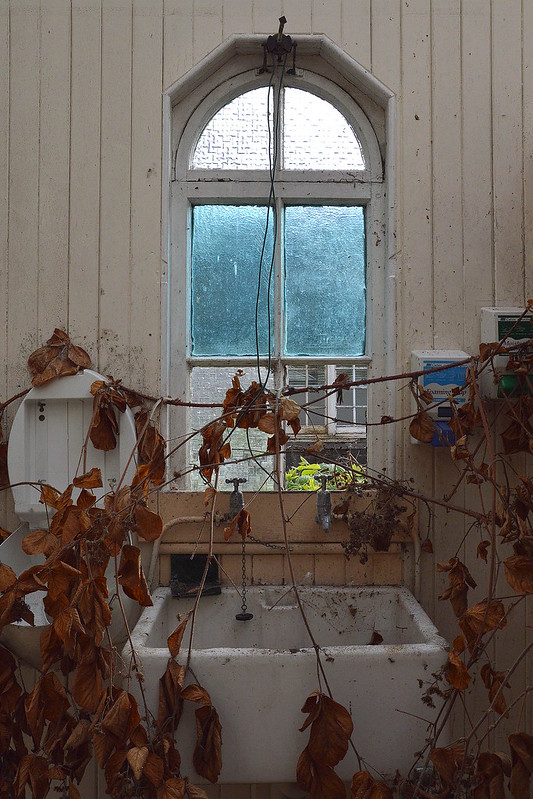 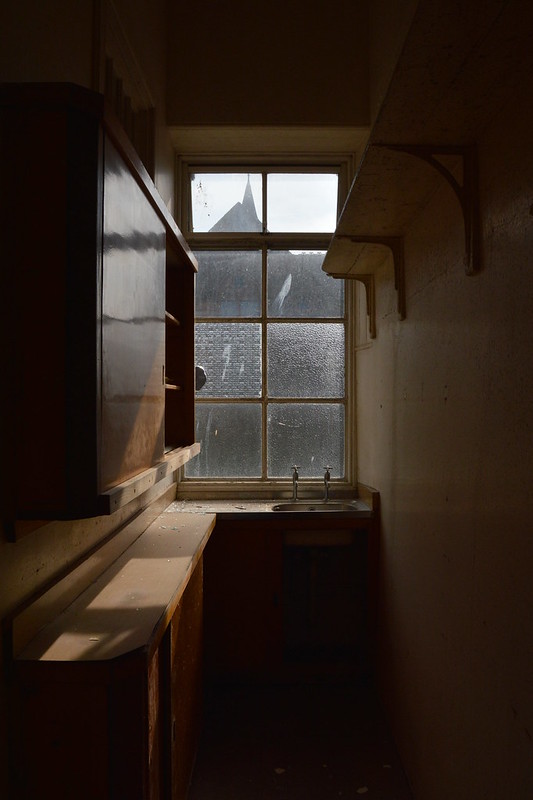 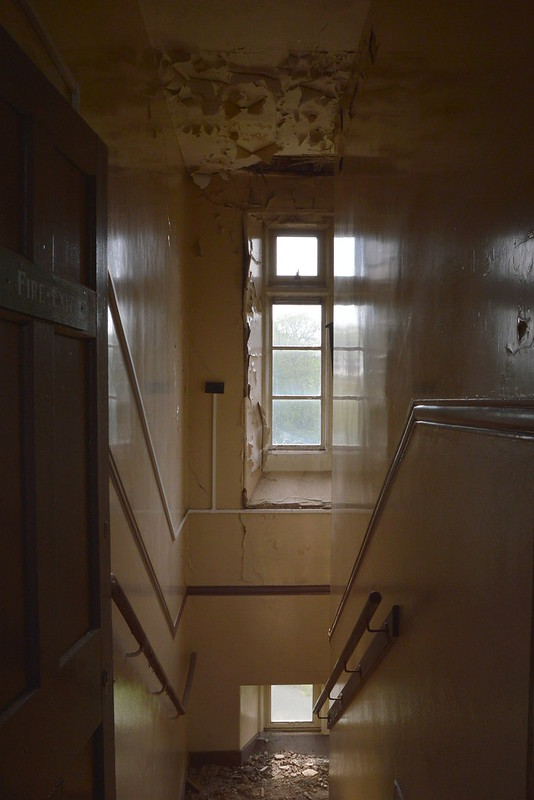 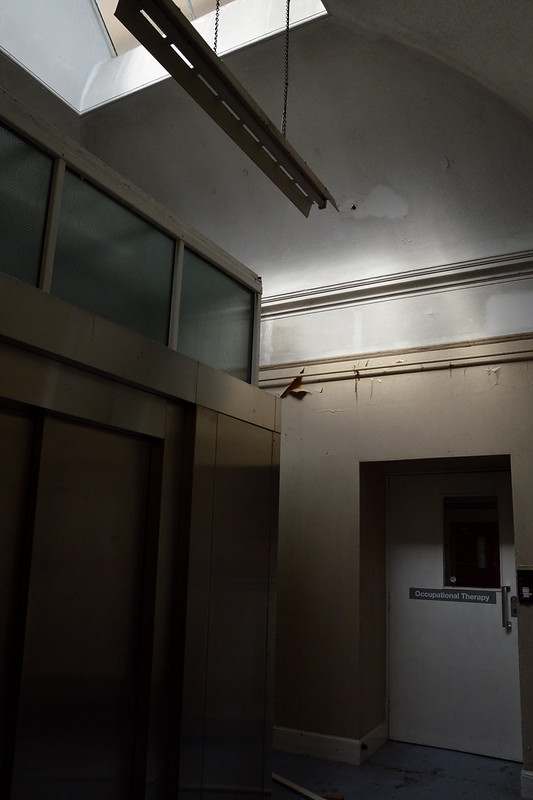 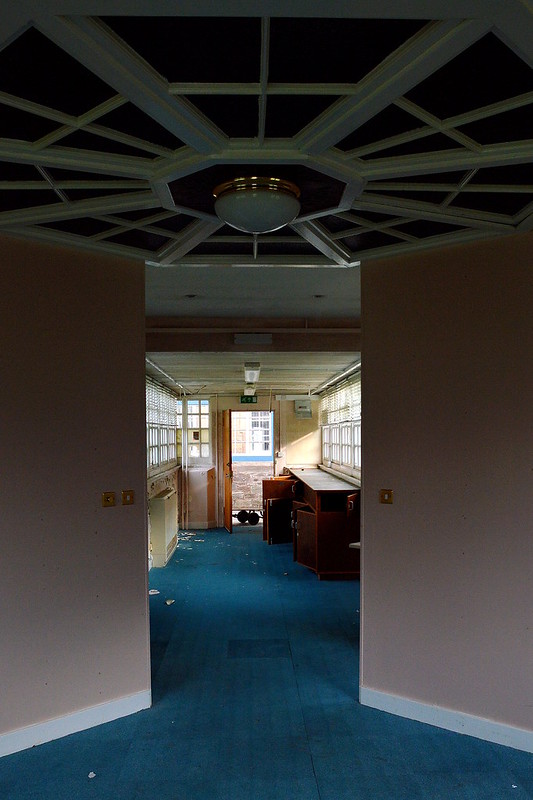 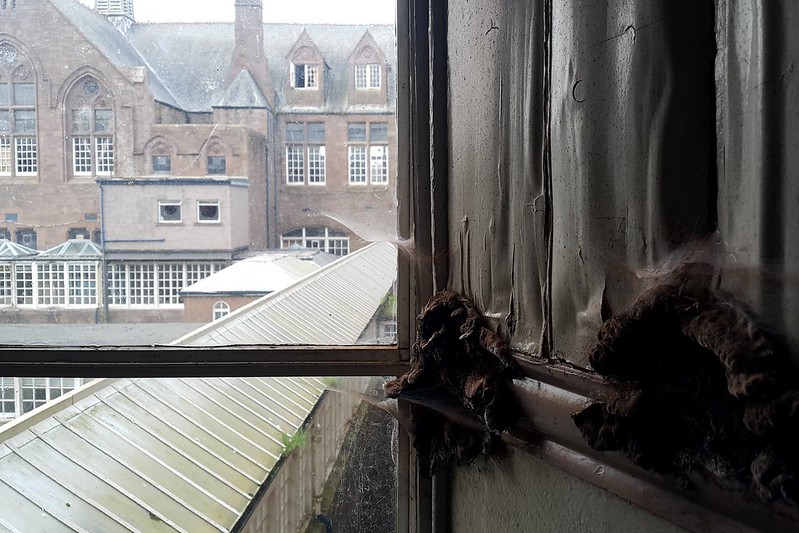 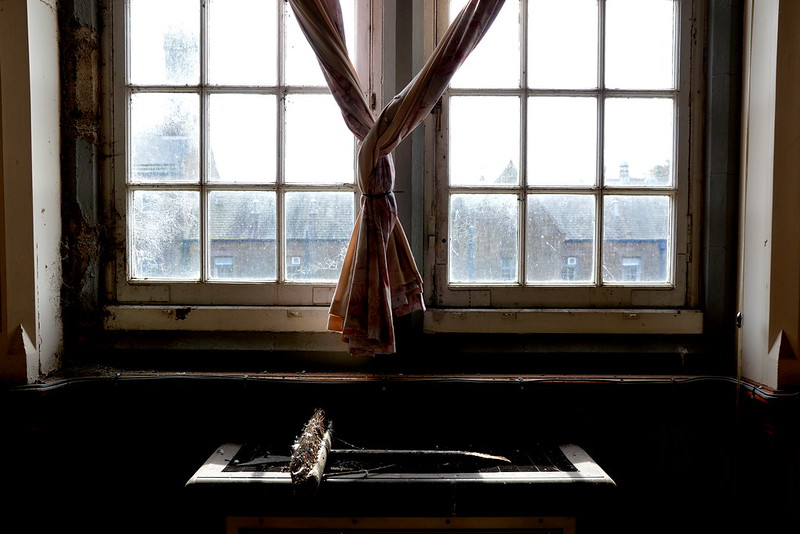 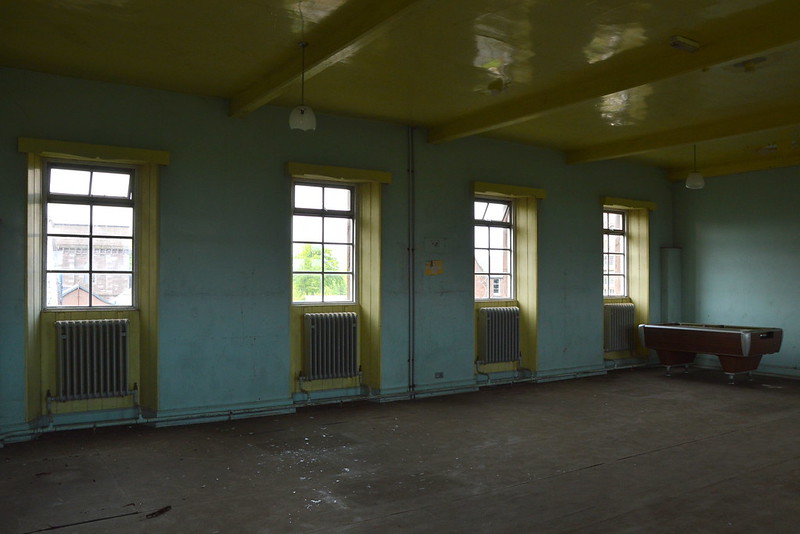 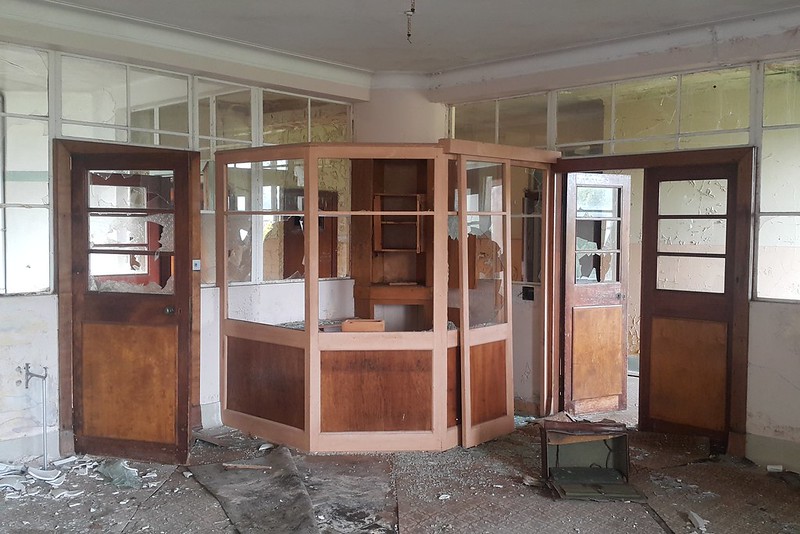 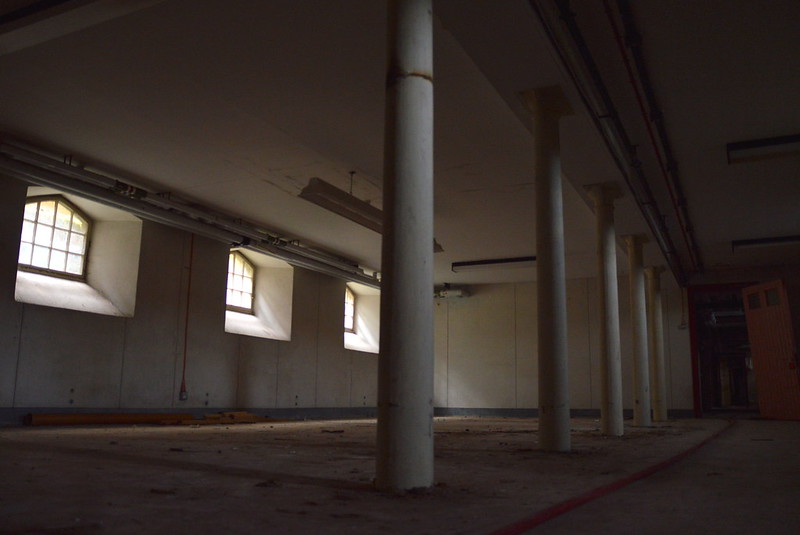 24. Basement view of the main building with day room and 'cells' beyond, long used for storage. 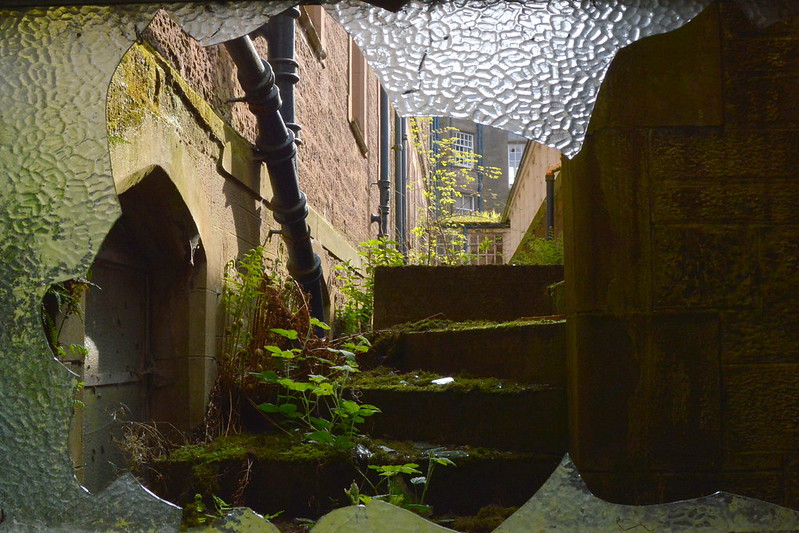 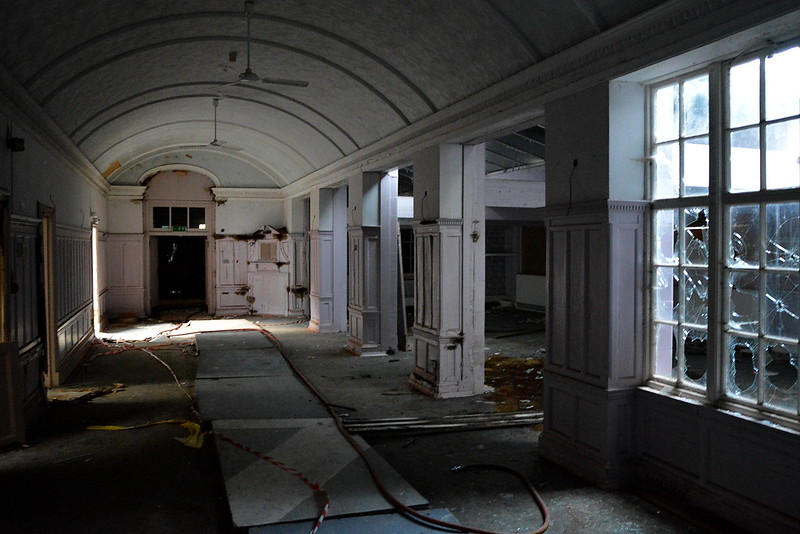 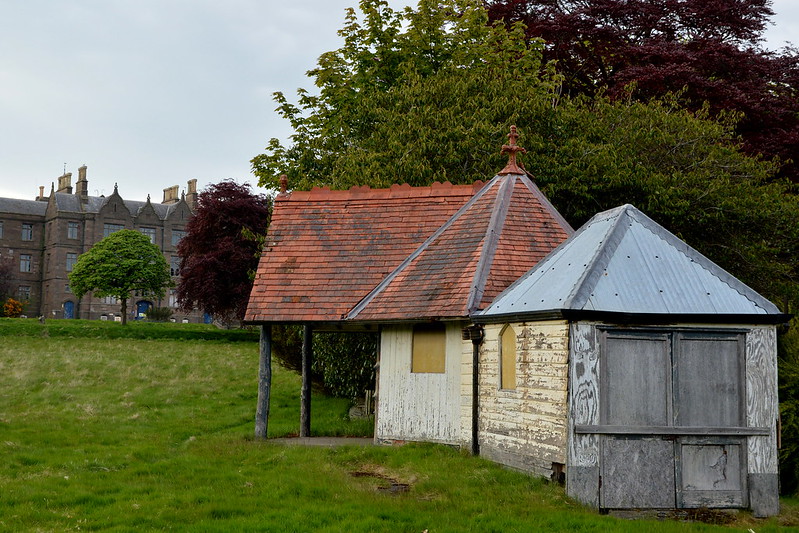 
Thanks for looking folks!
.

Staff member
Moderator
Very nice and well worth the drive

I revisited last weekend and managed to get into Carnegie House, well worth it for the roof in the snooker room, was a bit disappointed with the 2 newer buildings. The difference in some of the rooms in the main hospital was evident even after just 4 weeks, a fair bit had been smashed up.
Free and easy down the road I go, Livin' life like a Sunday stroll

Regular User
Nice snaps! Some details I haven’t seen before there.


host said:
Very nice report mate. Would love another visit here myself. You find the dentist chair ?
Click to expand...

I’m yet to see a photo of this fabled chair

28DL Full Member
Thanks for your comments guys...

The infamous dentist chair is probably now residing is someone's front room as it hasn't featured in reports for sometime.

So much more to see here.
.

clebby said:
Nice snaps! Some details I haven’t seen before there.

I’m yet to see a photo of this fabled chair
Click to expand...

I presumed it was in northski villa as that one is the most secure but someone said it’s in a dark room in the infirmary block - buggered if I found it in there !
Website: www.whateversleft.co.uk - County Asylums: www.countyasylums.co.uk​

28DL Full Member
I've heard it's quite a busy place for dog walkers etc. Is it relatively easy to get into? I'm not asking how to get in, just being cautious

novice_strength said:
I've heard it's quite a busy place for dog walkers etc. Is it relatively easy to get into? I'm not asking how to get in, just being cautious

Yep, certainly one for dog walkers (outside)..
.