Regular User
Primarily our trip to Scotland was organised because we felt we had to see this one before it goes, especially as asylum's are dropping in the UK every year and there are few worthwhile one's left.

There is only so many times I would want to read the same copied history of a place but nevertheless, here are the basics:

Sunnyside Royal Hospital was a psychiatric hospital located in Hillside, north of Montrose, Scotland. The hospital was founded in 1781 by Susan Carnegie as the Montrose Lunatic Asylum, Infirmary & Dispensary and obtained a Royal Charter in 1810. 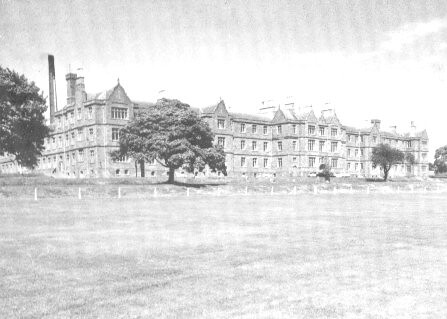 In 1858, a new improved asylum was completed to the north of Montrose in the village of Hillside on lands of the farm of Sunnyside and the old site was vacated. This site was further developed with the construction of a new facility for private patients called Carnegie House in 1899. Despite this addition, overcrowding was a problem, as the asylum's patient numbers had grown to 670 by 1900. This situation required additional building work to be undertaken. Consequently, two new buildings - Howden Villa (1901) and Northesk Villa (1904)- were added to the facility. Additional staff were required to care for the additional patients and the Westmount Cottages were built in 1905 to house them. In 1911 the lease of Sunnyside Farm finally expired and over 52 acres were purchased for the sum of £4500. A further development was the addition of Angus House, which was built in 1939 to accommodate elderly patients suffering from dementia.

In 1948, the National Health Service 1946 (Scotland) Act brought the hospital under control of the Eastern Regional Hospital Board. Its name was changed from the Royal Asylum of Montrose to the Royal Mental Hospital of Montrose. In 1962 it became Sunnyside Royal Hospital and came under the jurisdiction of new management. During the 1950s and 1960s, the introduction of new drugs lessened the need for prolonged admission of patients. In addition, the Mental Health (Scotland) Act of 1960 also significantly altered legislation in respect of mental illness and reduced the grounds on which someone could be detained in a mental hospital.

The site was officially closed in late 2011 and most patients were sent to a new £20 million build at Stracathro Hospital (also in Angus) - the Susan Carnegie Centre. Others were placed in the community. Sunnyside was open for 230 years before its closure, and was the oldest psychiatric hospital in Scotland.

Here are some more old pictures. The best place I can recommend you look at is the Memories of Sunnyside website which offers a great insight to all things Sunnyside:
http://www.sunnyside.me.uk/ 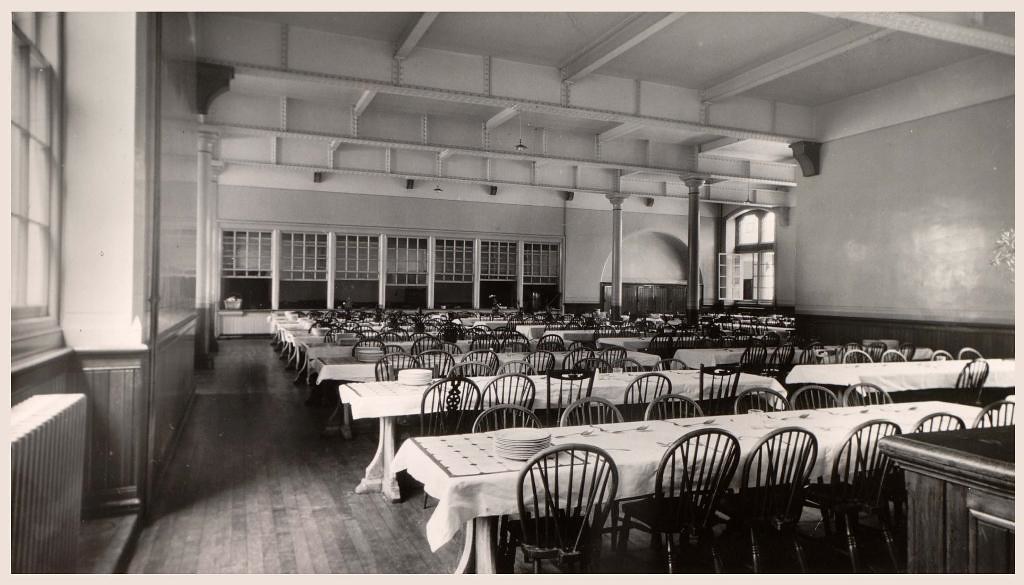 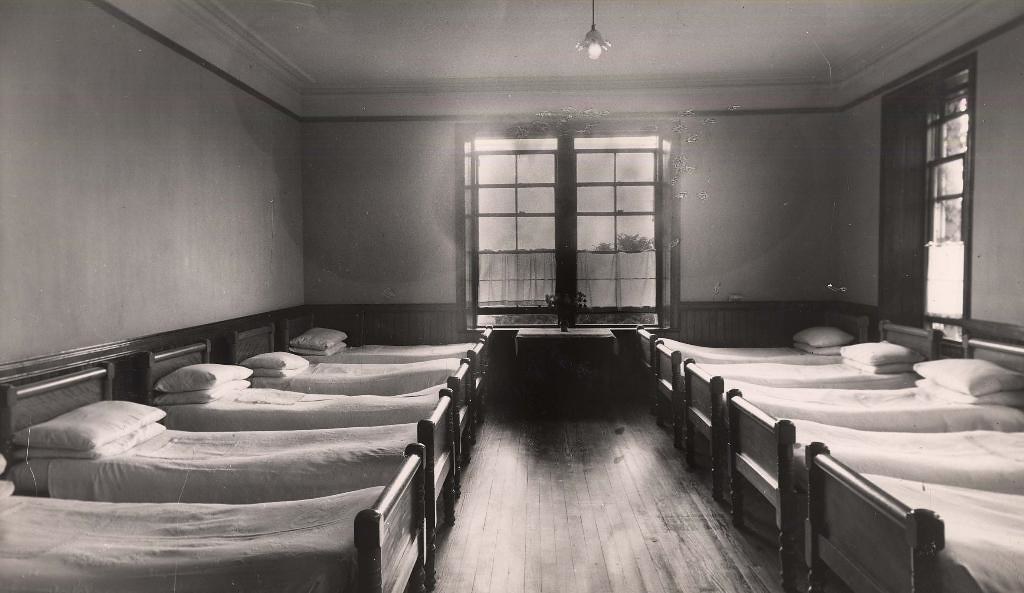 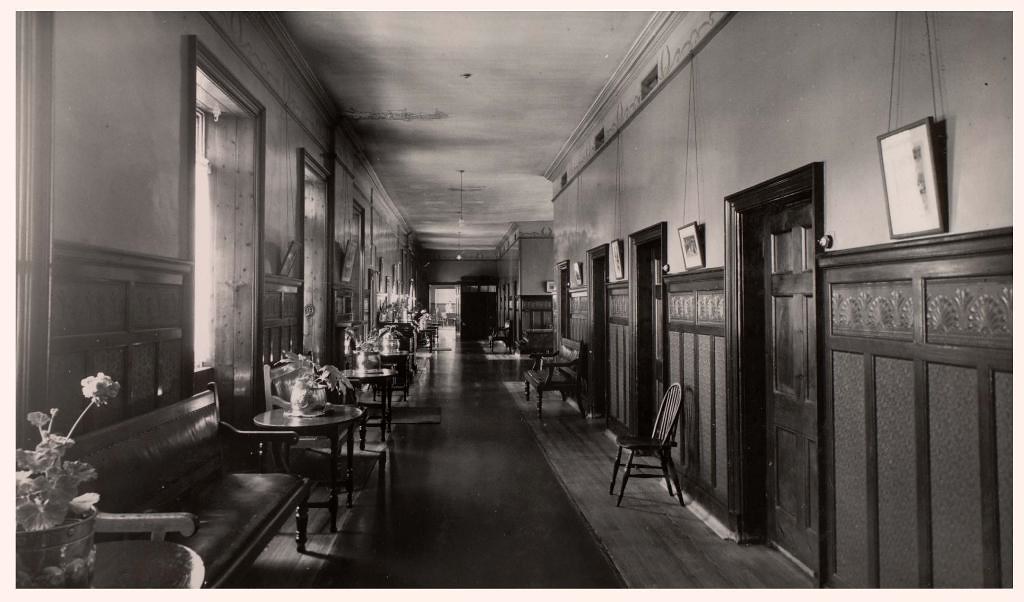 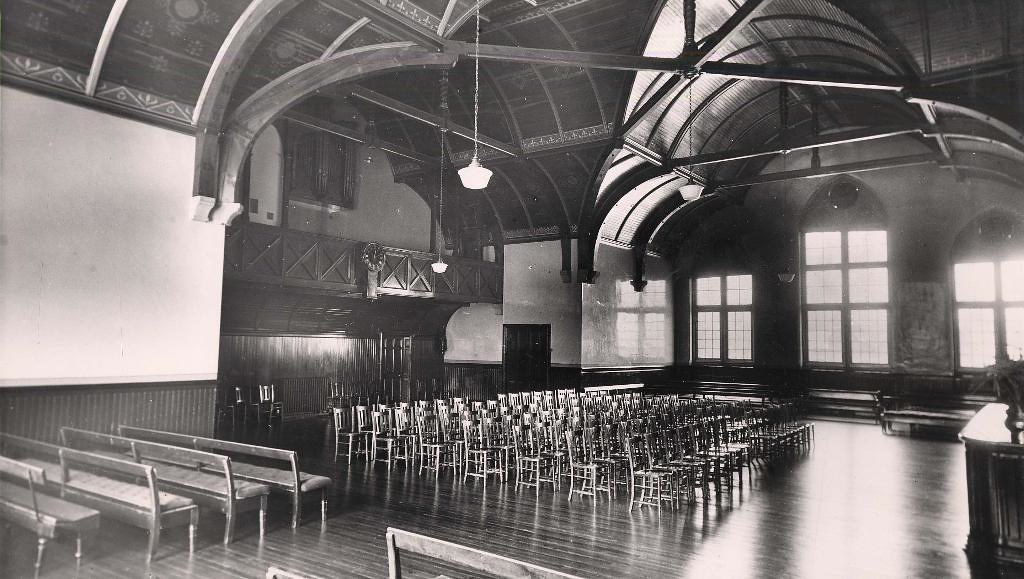 With some new information about the situation Sunnyside is currently in, (new HERAS fencing, more frequent sealings, alarms) we approached the site with caution however once we were in the grounds, we met at least 10 other people exploring the place, whether they planned to go inside or not, we were unsure. From Montrose train station, we could make out the impressive main building, towering over the nearby town, and it was great to finally see it up close. 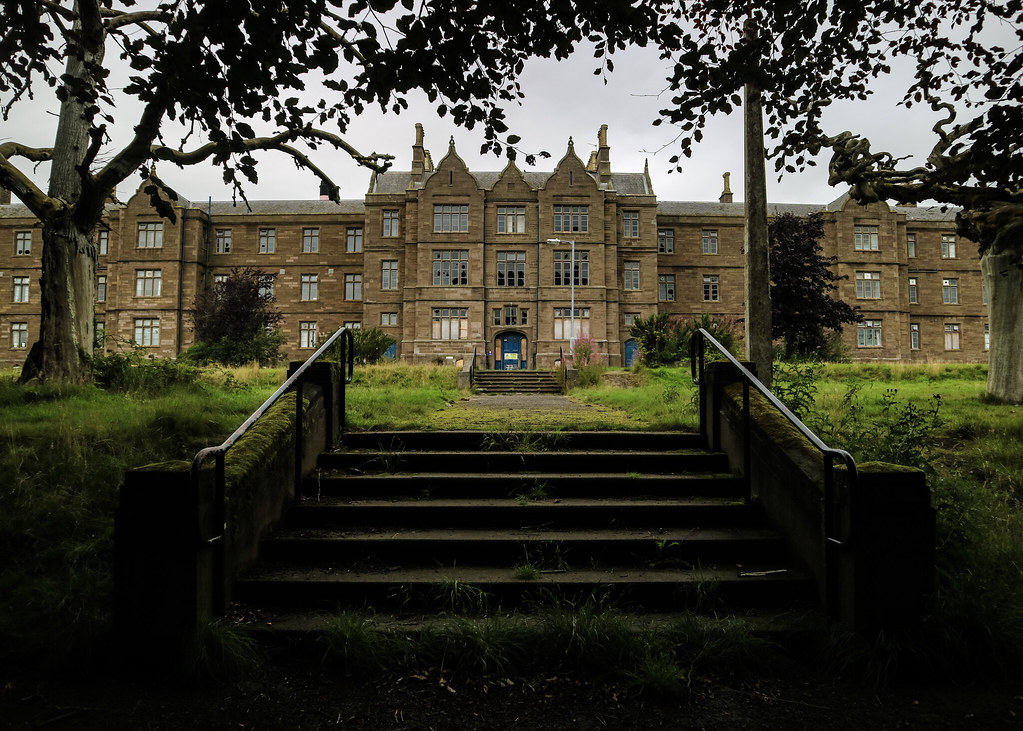 Spotting some access into the main building, we quickly entered and began our explore, trying to just cover the main points we wanted to see. 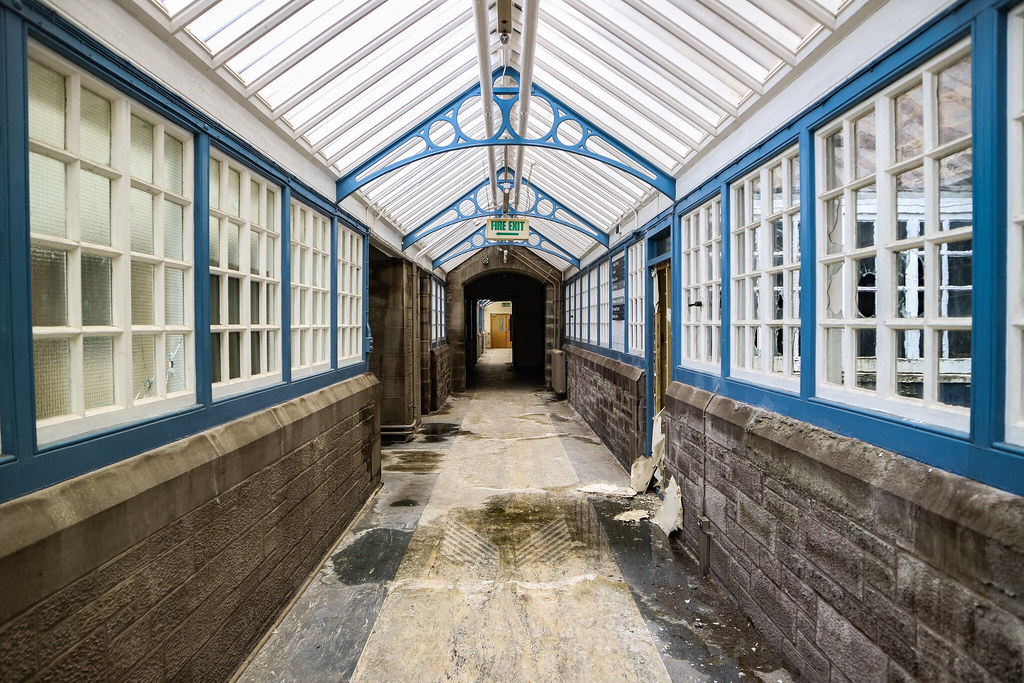 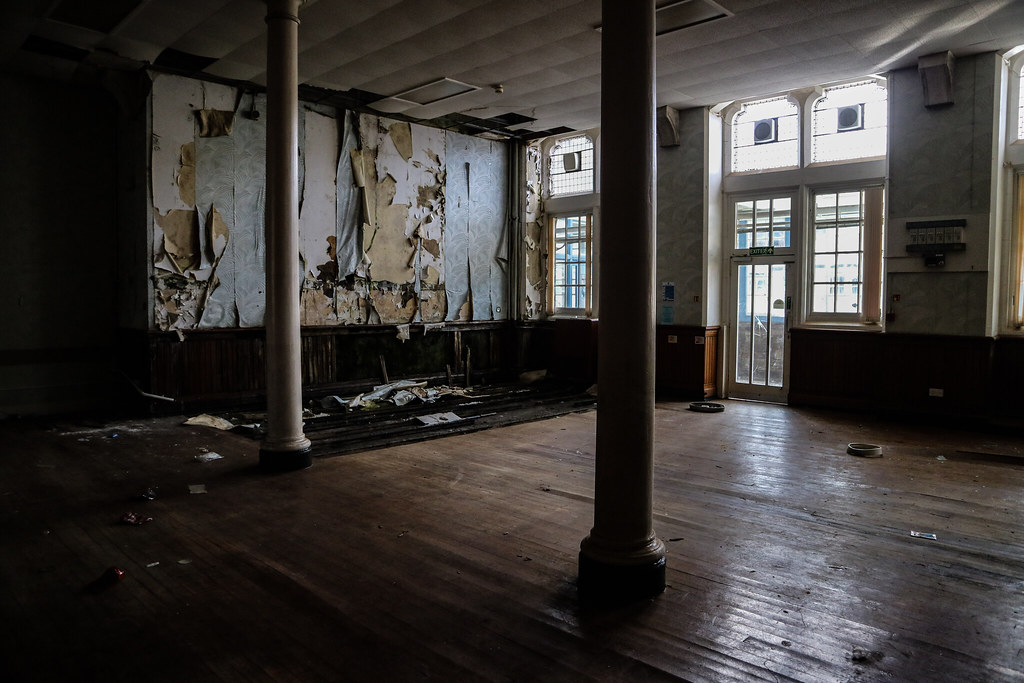 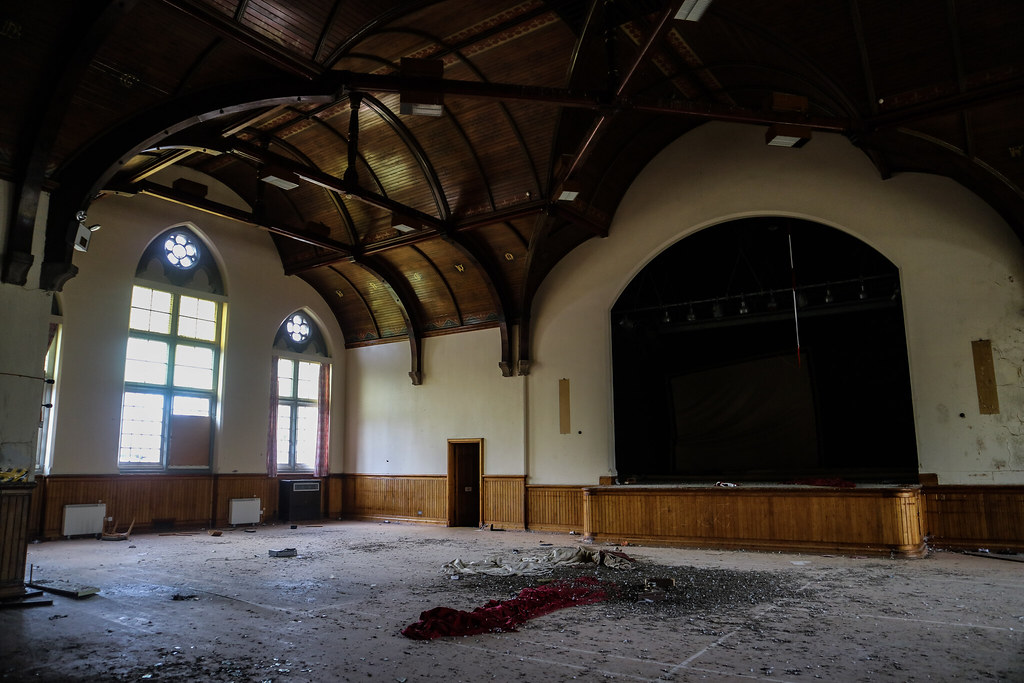 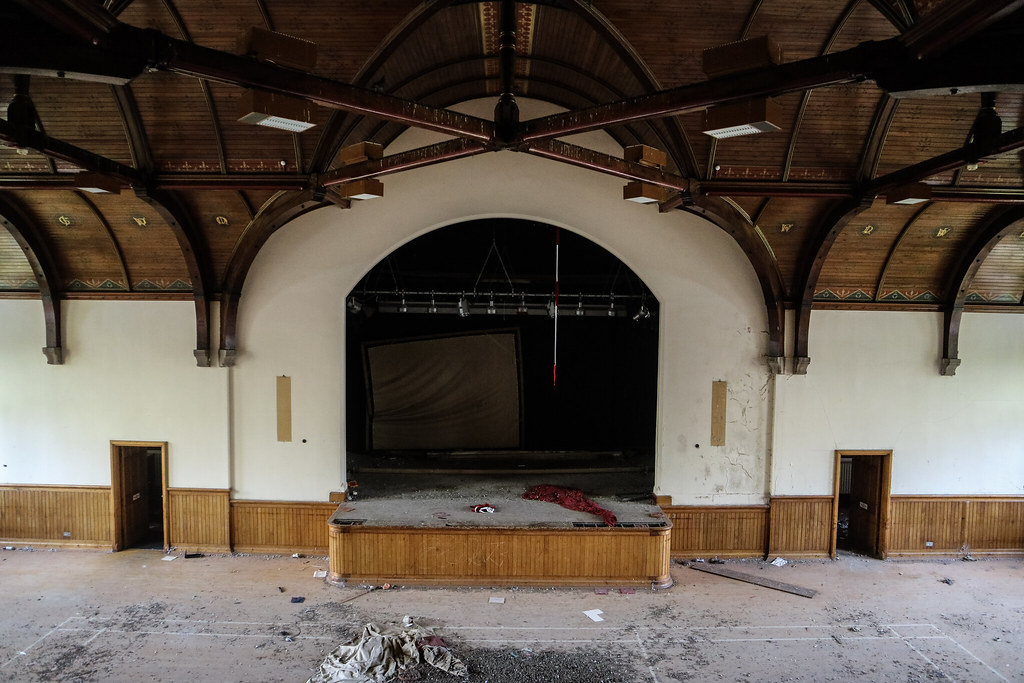 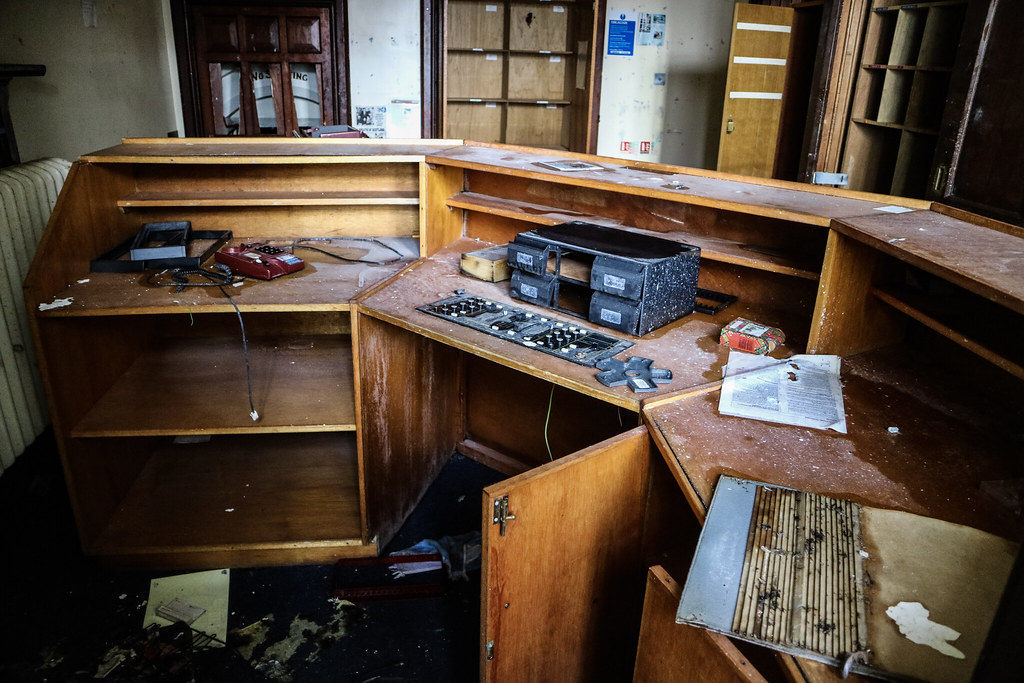 Cells, sadly the lovely floor is fading away 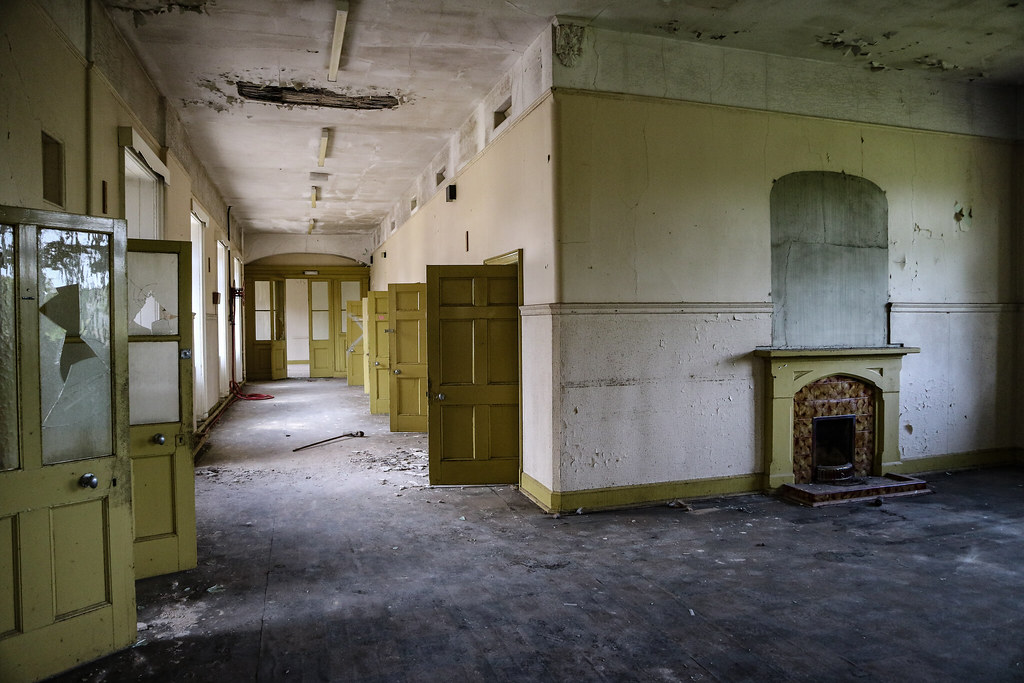 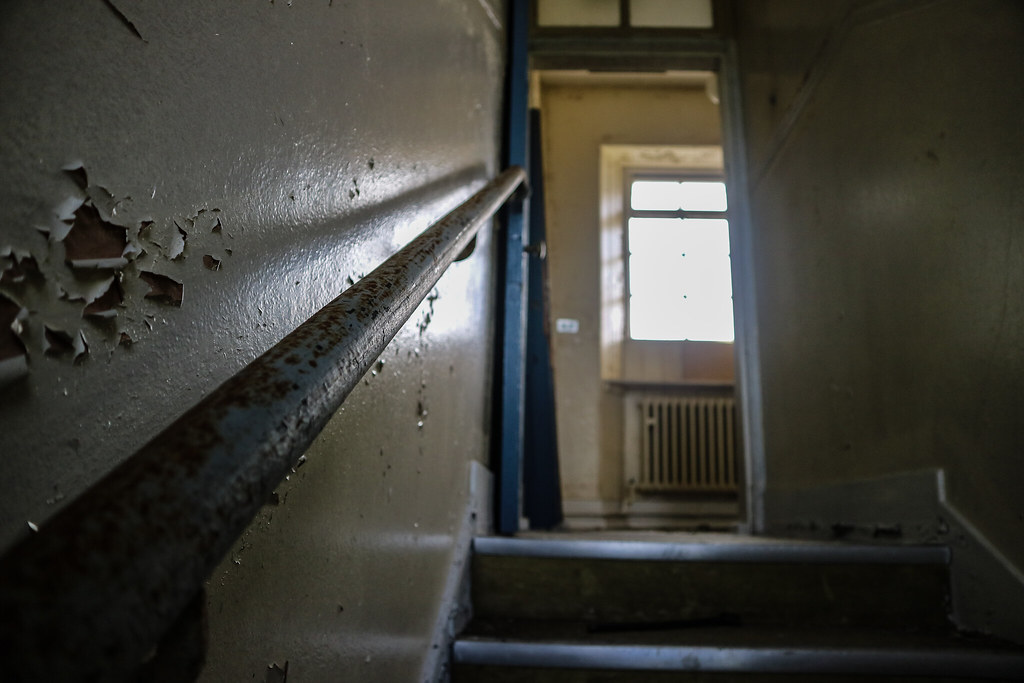 Next, we moved over to the occupational therapy building, which has an extensive amount of natural decay compared to the rest of the buildings on site. 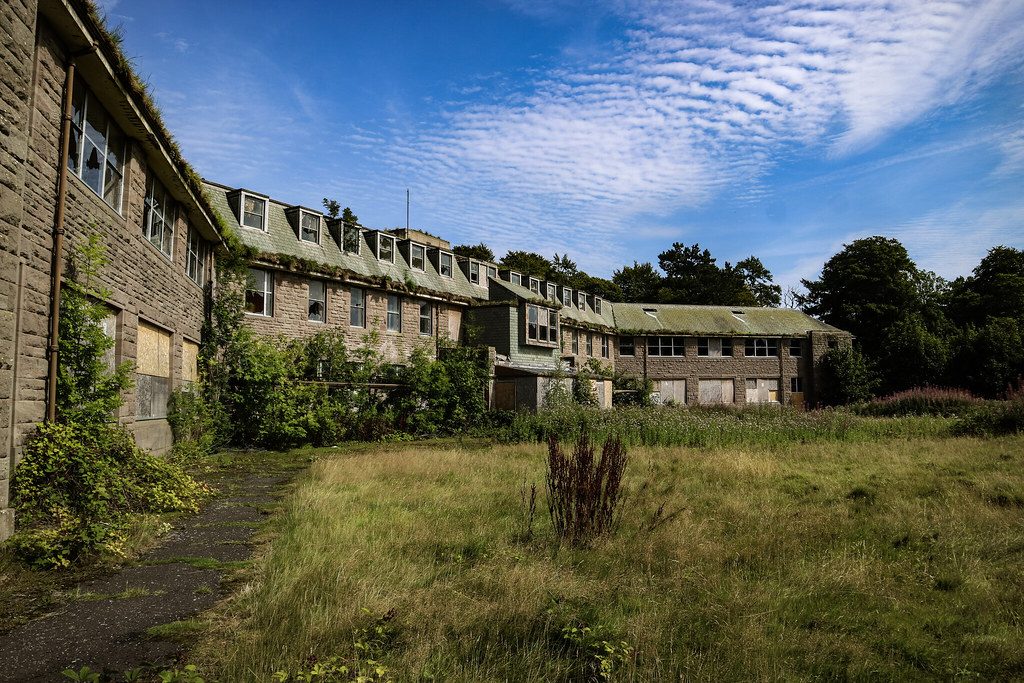 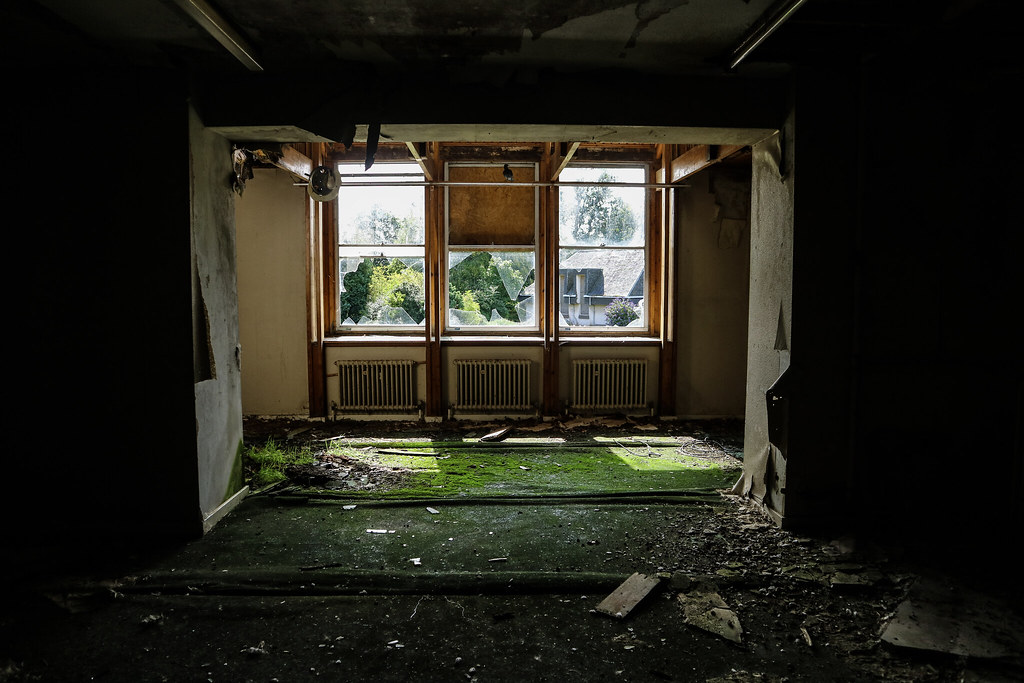 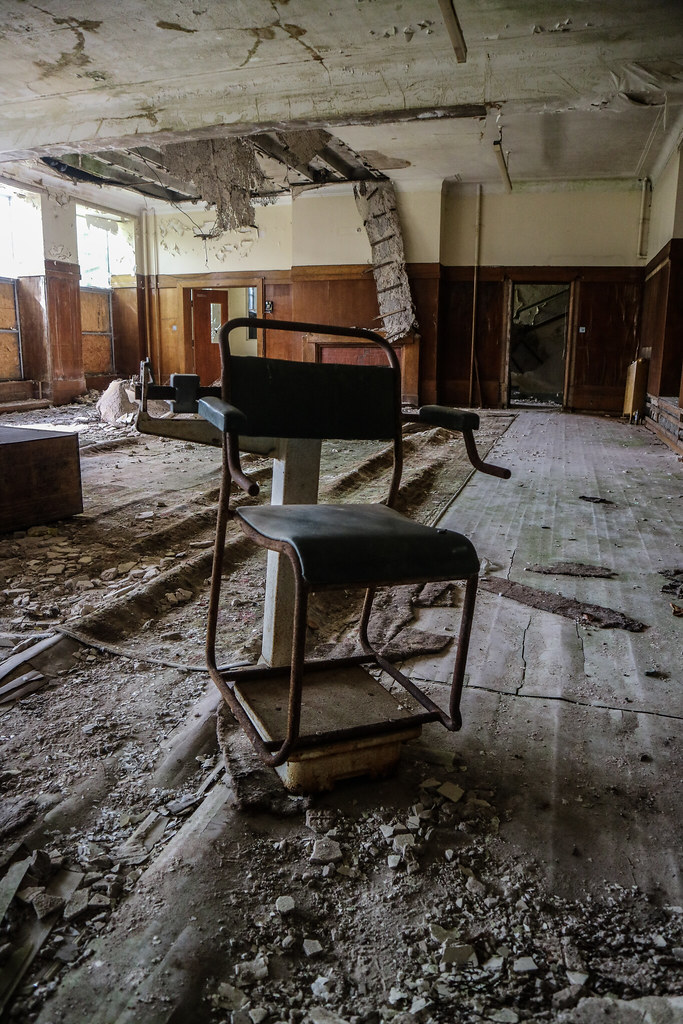 It took us a while to find the rooms with furniture but we knew they were there so we kept searching. It's like they tried to make the most hidden, claustrophobic staircase they could. 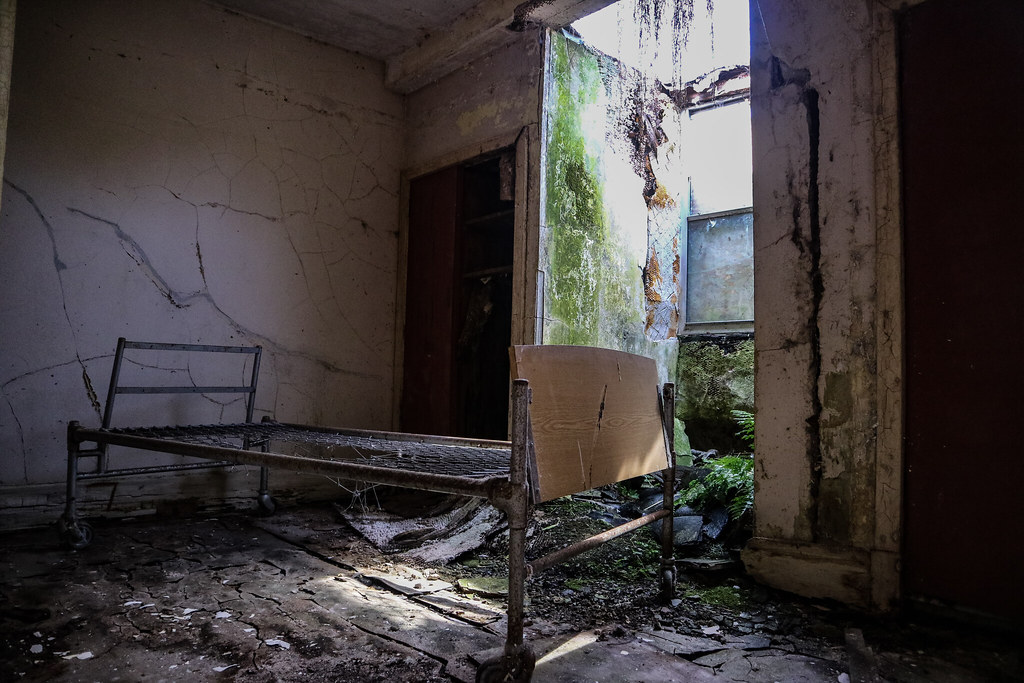 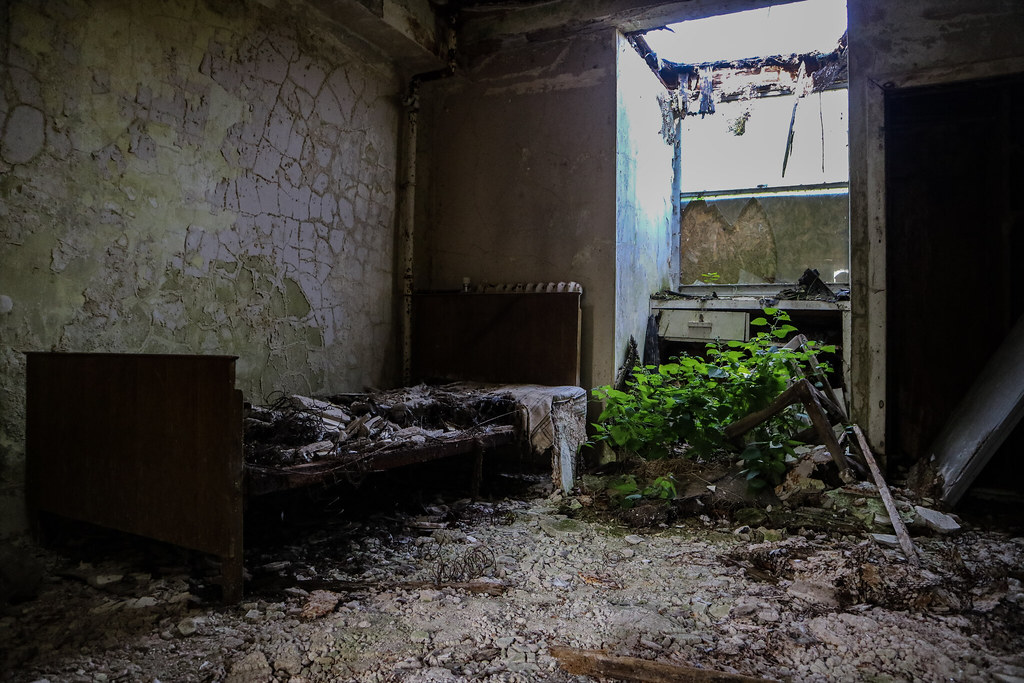 On the way back towards the infirmary building, we popped into the chapel with the morgue being sealed. 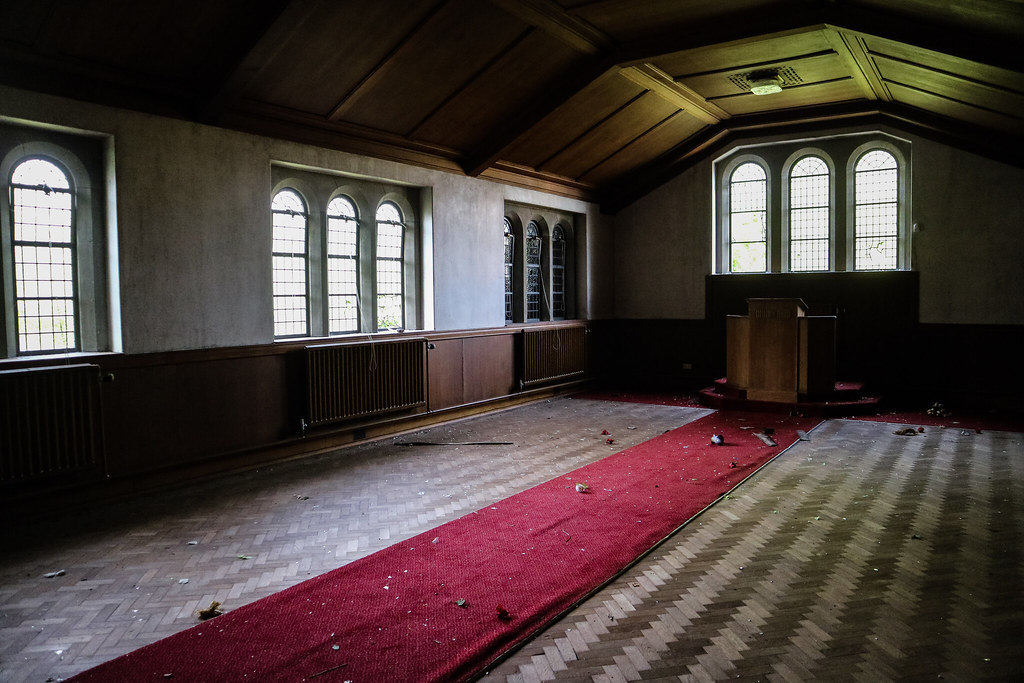 It was a tricky access but eventually we stumbled inside. Barely any light is let into this one as they went crazy with the boards. We traipsed around in darkness in search of the dentist's chair. 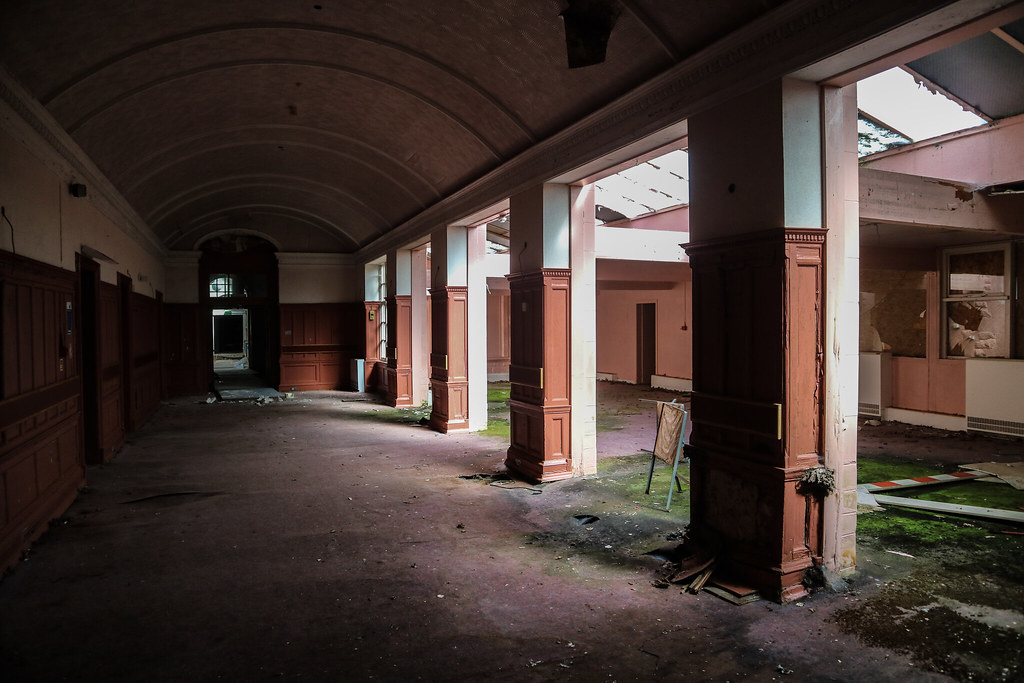 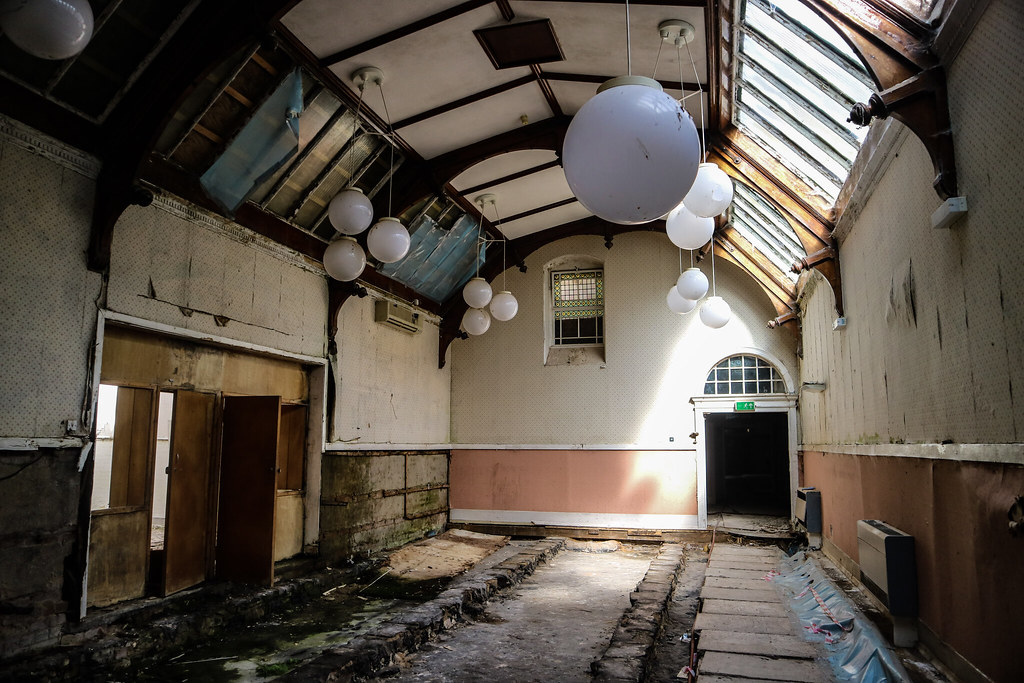 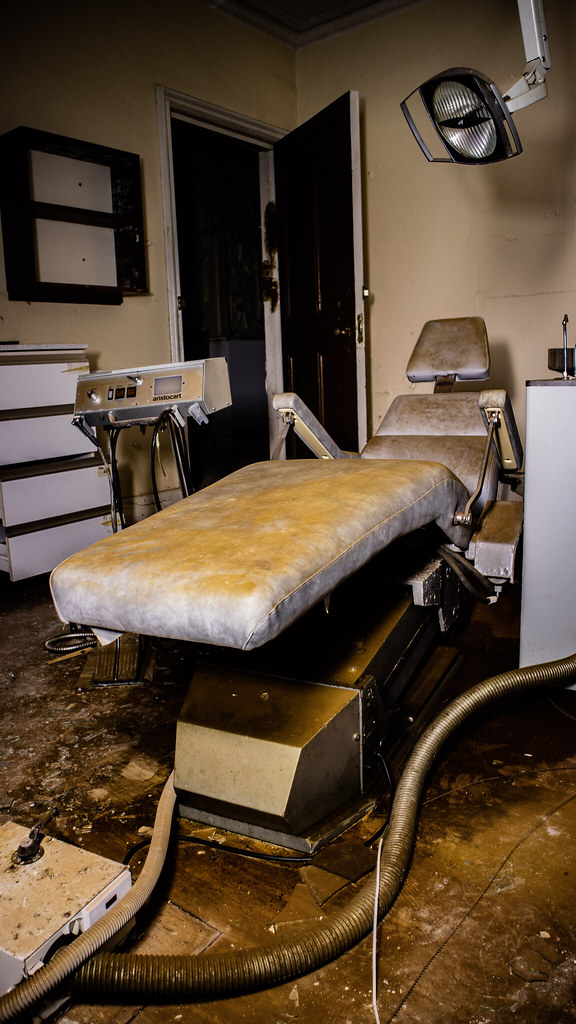 We'd spent around 6 hours in the asylum so we decided to call it a day and head back towards our hostel for the night. All in all, great day.

Here's the link for the documentary styled video we created from this site. It covers the building's past, present and future through cinematics and narration:

Regular User
Nice to see it’s still doable. Did you do the cells under the main building. For me they were one of the highlights albeit quite disturbing to think of people ending up down there
Website: www.whateversleft.co.uk - County Asylums: www.countyasylums.co.uk​

tumbles said:
Nice to see it’s still doable. Did you do the cells under the main building. For me they were one of the highlights albeit quite disturbing to think of people ending up down there
Click to expand...

If you mean the pink coloured door ones then yeah, it’s an ugly setting with the piping running across the ceiling.

28DL Full Member
Nice set there, I don't think I've seen inside the chapel before. Shame to see it so badly trashed from when I went at the start of this year though... hopefully the much talked about renovation will get underway soon
P

Haha thanks, my videos are very different from those discussed in the chat - but it's up to you bud

Regular User
Excellent report. I thought the dentist chair had long gone. We couldn’t find it.

host said:
Excellent report. I thought the dentist chair had long gone. We couldn’t find it.
Click to expand...

Yeah we looked for ages too, just found the corridor that led to it on our way out. Thanks man

Regular User
Superb stuff, you got some great pics, very original ones too. Glad you had a successful trip, especially here and Tullis! ; )

Brewtal said:
Superb stuff, you got some great pics, very original ones too. Glad you had a successful trip, especially here and Tullis! ; )
Click to expand...