28DL Full Member
History:
This former synthetical nylon factory was established back in the mid 20s by a German textile entrepreneur. At the time the factory location was chosen due to the close proximity to a lake and the Swiss border. After the opening the factory got into hard times due to sanctions and the outbreak of the second world war. During these times the production of chemical nylon was pretty much non existing, and the little remaining production was reserved for the Italian army of Mussolini.

When the war ended the production was restarted pretty much immediately, the restart went hand in hand with a booming trend in sales. The Italian fashion industry quickly picked up the smooth and flexible nylon which created a general modernization trend for the factory.
In the mid 70s the factory went in a gradual down wards spiral, in the mid 2000s the factory got finally closed down...

In this part a grand relatively untouched lab was located.

After that we found a control room which operated the nylon weaving line.

The line was also combined with a rather atmospheric workshop.

After exploring the weaving plant we went into the other part of the large compound.

Unfortunately most of the factory was already cleared of original equipment. This was actually a rather recent development.

Check out the video report of this grand industrial location!

Thanks for reading and watching!

Regular User
Nice that, love the look of the lab & control room
| Flickr |​

Regular User
Italy has some amazing sites and that's one of them. Fab set of pictures.

Regular User
lovely I do want to get over there

Regular User
Outstanding report. Was this shot some time ago ? I guess before lockdowns. Italy always delivers the goods.

Regular User
Gutted, wanted to do this one badly, looked fucking insane with all the machines. Here's what is was like before..... 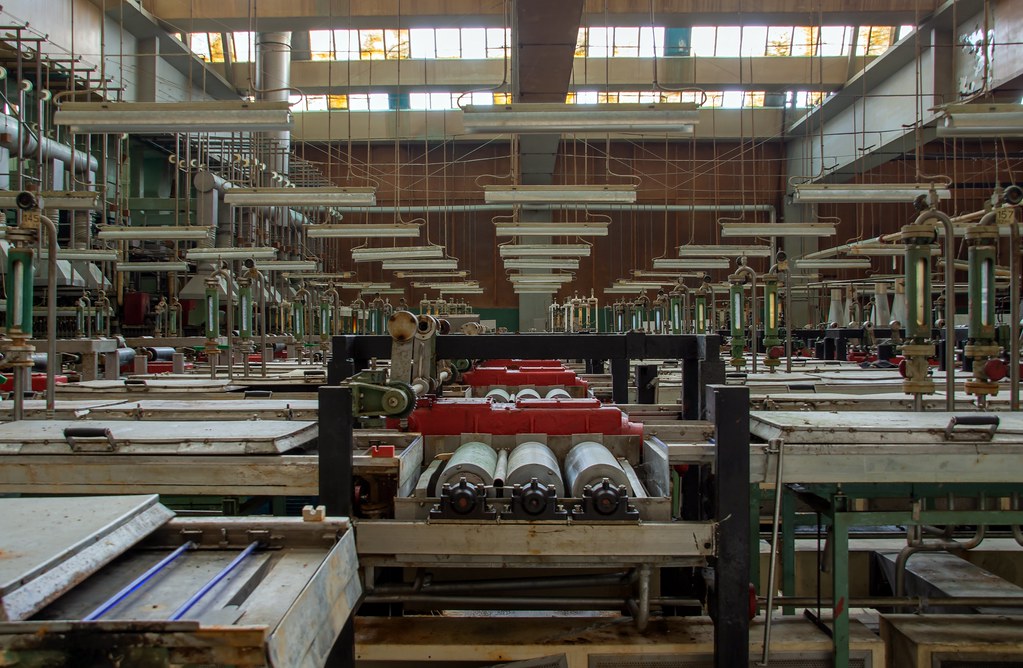 Explore this photo album by Mike Woodpecker on Flickr!

Camera Shy said:
Gutted, wanted to do this one badly, looked fucking insane with all the machines. Here's what is was like before.....

Explore this photo album by Mike Woodpecker on Flickr!

Yup, I was kind of expecting that during my explore. About 95% is gone now...

host said:
Outstanding report. Was this shot some time ago ? I guess before lockdowns. Italy always delivers the goods.
Click to expand...

Thanks! Nope, about 2 weeks ago.

ForgottenBuildings said:
Thanks! Nope, about 2 weeks ago.
Click to expand...