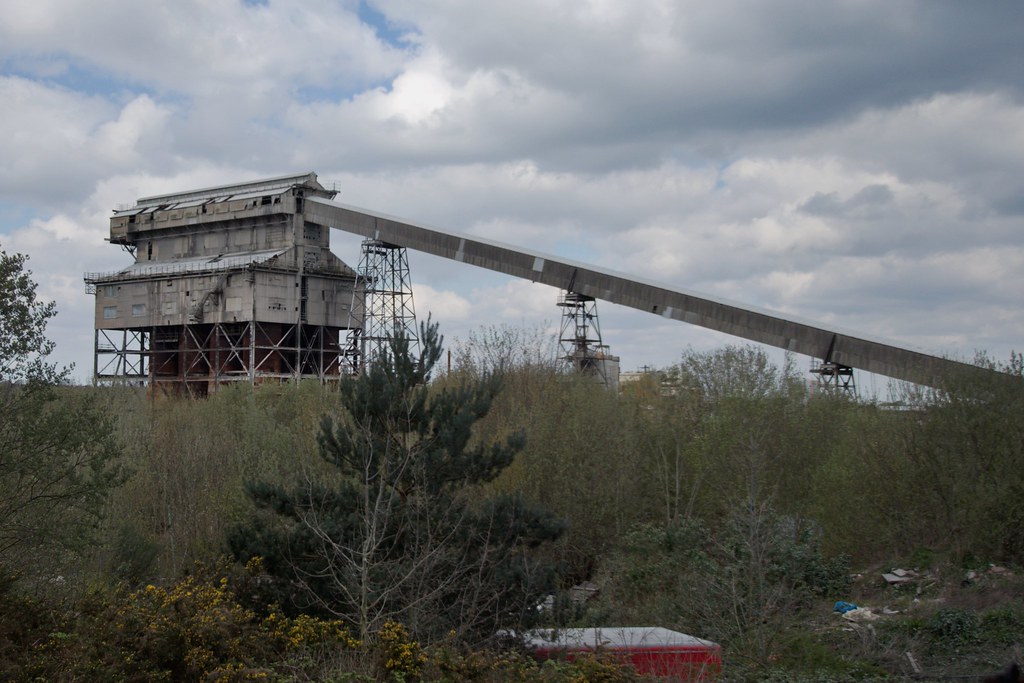 This site has been covered quite a few times now. So I see no need to give you the full detailed history. I will do a brief write up so you can get a clear understanding of some of the sites past.

The factory began operation in 1873 and partnered up with the Brunner Mond & Co. Ltd company. This company was the worlds best soda ash producer at the time. So this gave the Winnington site a big boost into the soda ash industry.

(Soda ash is sodium carbonate) The plant also manufactured sodium bicarbonate and sodium sesquicarbonate after it was joined with yet another company. Imperial Chemical Industries in 1926.

In 2006 the company was sold to TATA, which later evolved into the TATA Chemicals Europe company. TATA Chemicals chose to stop producing soda ash at the Winnington plant in 2014, as the company has chosen to use the site to produce other chemicals types now.

Today, the majority of buildings used in the making of soda ash remain onsite, awaiting demolition.

The only part remaining to Winnington B Power Station is the control room, as the power station was demolished in 2007.
There is not much history online about it today.

I believe it was coal powered and that the control room is now listed. Under what grade, I am not sure.

A lot of preparation went into this explore. We originally planned to go in October 2018, but as we had no evidence of the place still existing. So we put it off.

Come February 2019, we see the site is being visited again. Which was enough evidence to persuade us to go, however there was a downside. Apparently it was mission impossible, so yet again, we put it off even longer.

Finally, April comes around and we hear news that demolition is underway. It was now or never.

We arrived at the site at around 6AM and not too long after our arrival we find a way onto the property. The site was so big and secure, so it took us one and a half hours to reach the control room after entering the property's fence line. In that time we had to dodge the patrol cars and navigate across the half demolished wasteland. Never the less, one and a half hours later after entering the site we had made it to the control room! 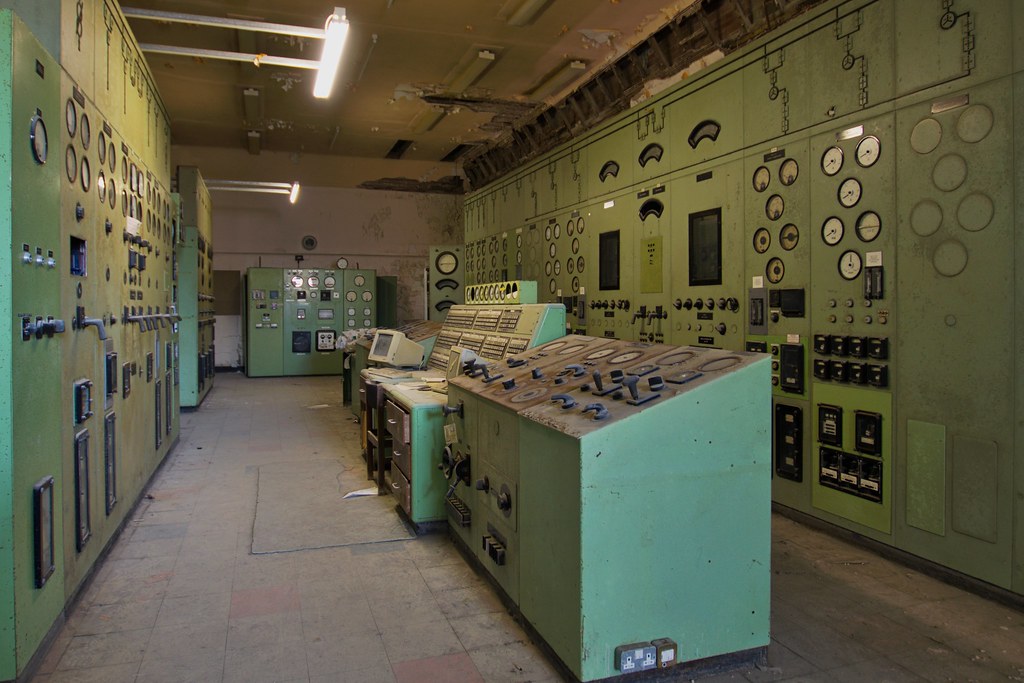 The control room was situated on the second floor of the building it was located in. Which I didn't expect, but it would make sense.
Underneath the control room, (I took no photos down there) there was just masses and masses of wires that at one point would have been connected to a whole power station. Sadly this control room is the only remaining part of Winnington B Power Station now. 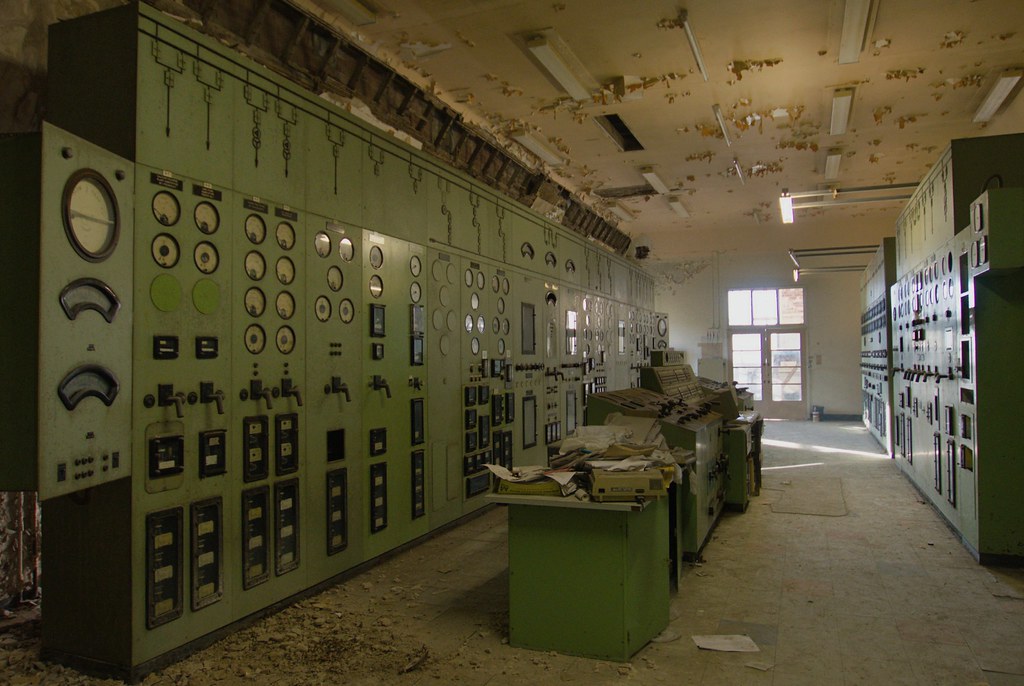 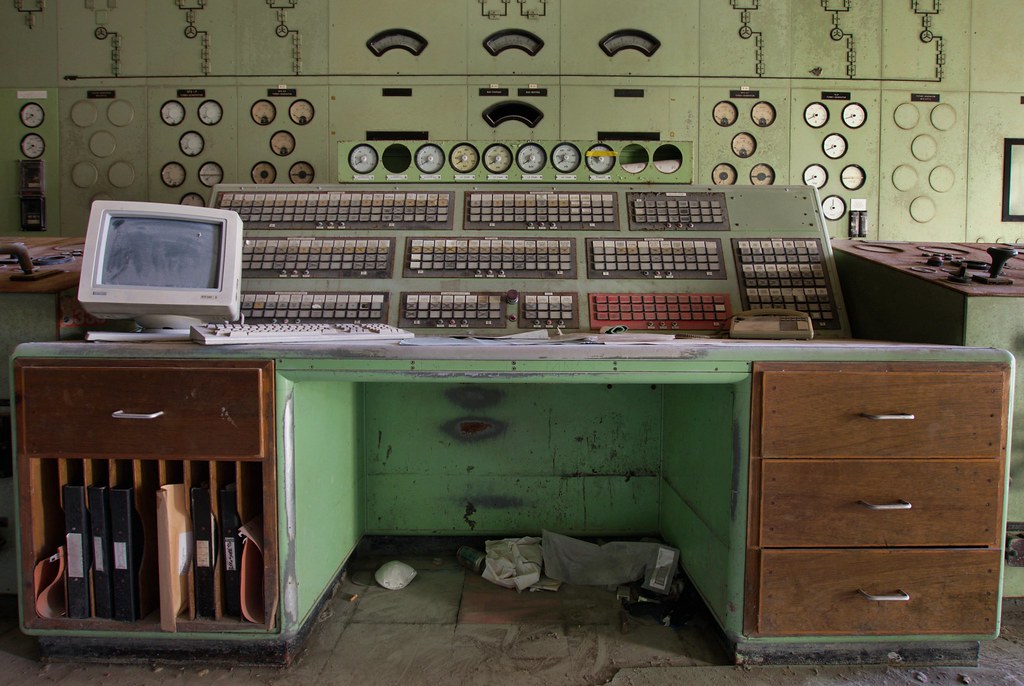 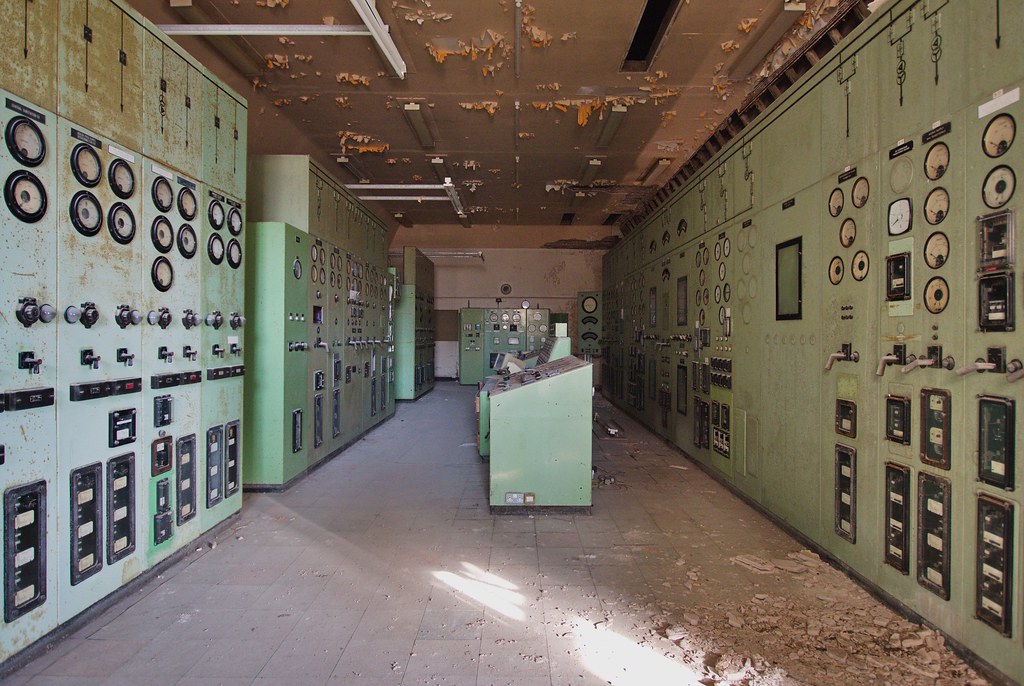 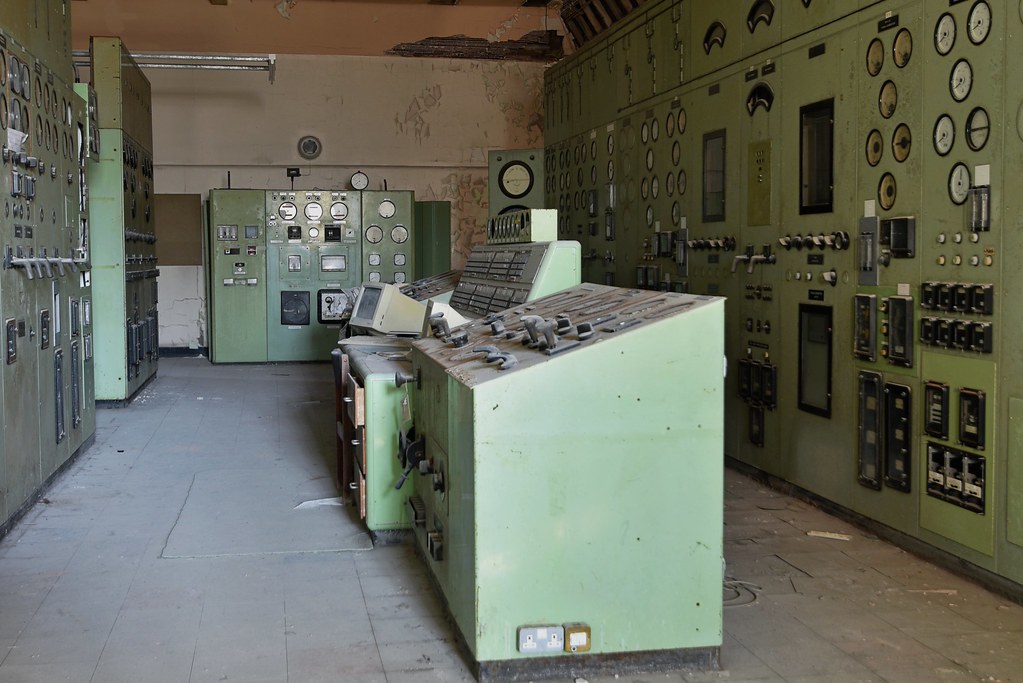 After we had spent a good hour in the control room, we moved onto one of the main buildings at the soda ash plant. We only covered three factory buildings out of the four.
The first one we did was filled with white rotary mixers. These were the only things worth photographing in this building. The rest was just empty factory warehouse.
Getting into this building was a laugh. With active buildings behind us and a patrolling security, we surprisingly took our time getting in here without being seen. 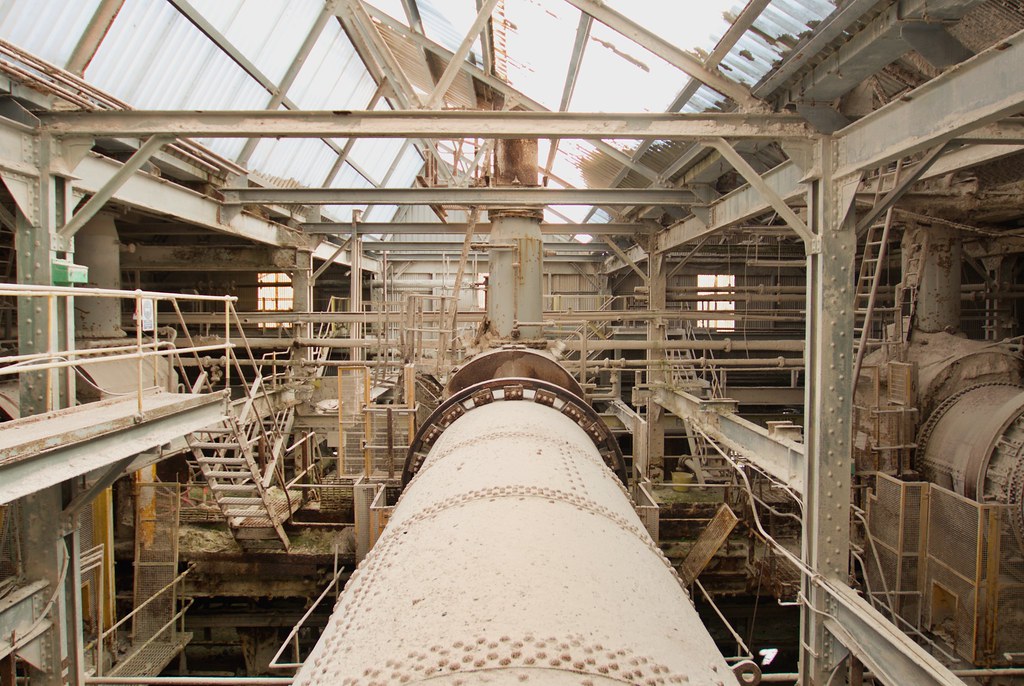 Each mixer had an opening on both ends. So you could look down the whole thing. I even went inside one! 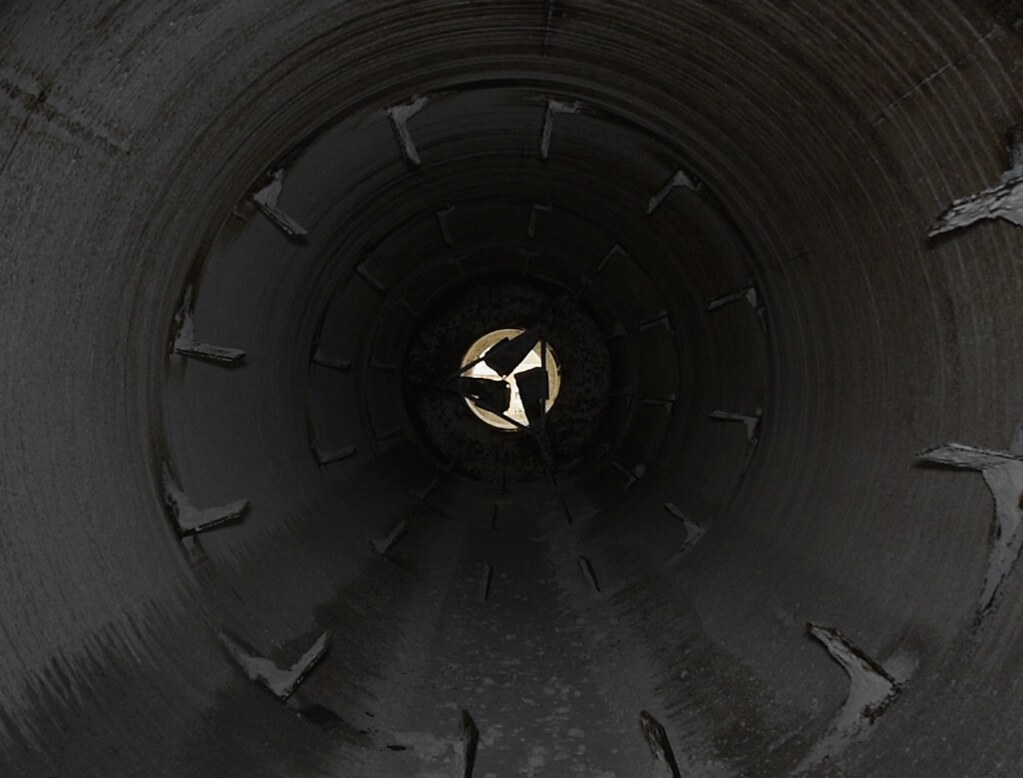 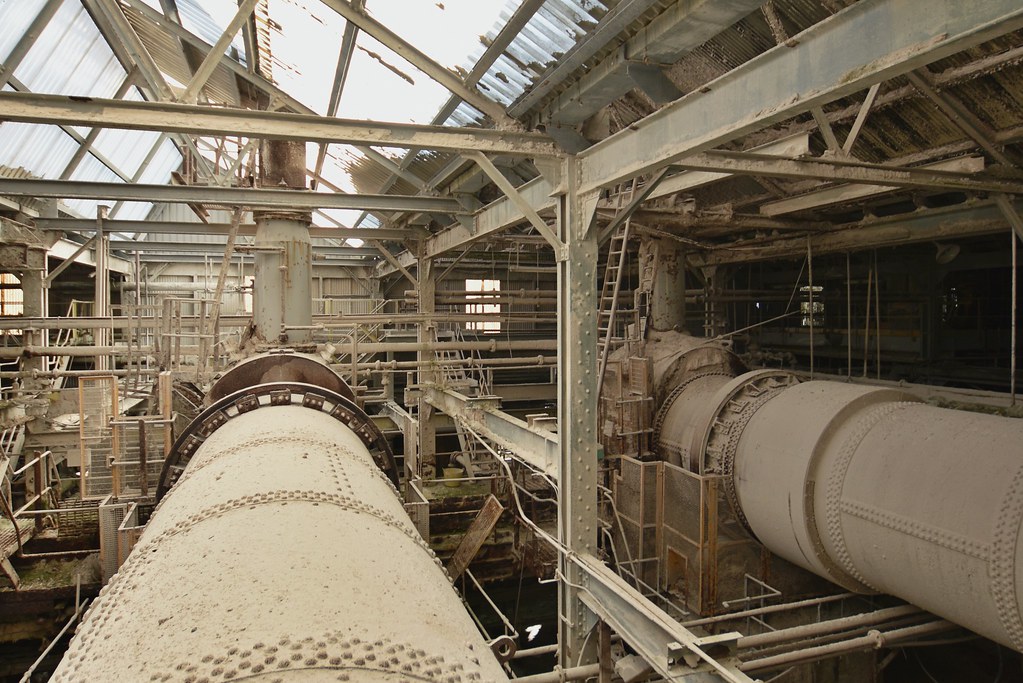 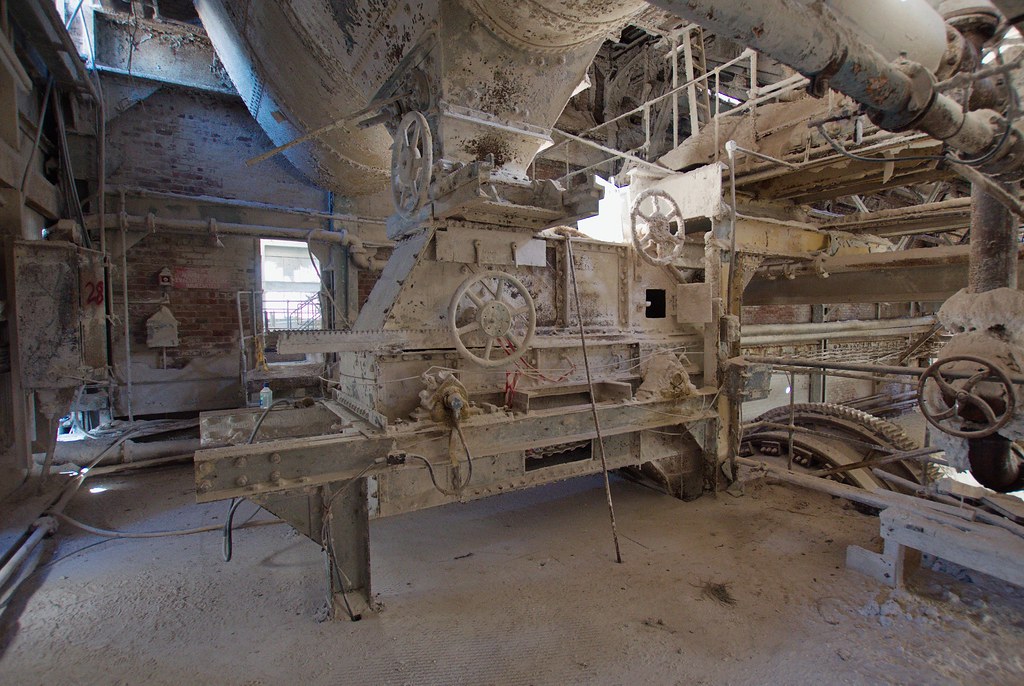 The next building was massive and by far the best factory building I saw here. Keeping in mind I missed one.
This building housed more mixers. Mixers that were twice as long as the mixers in the previous building. I only took two shots however, which I regret as there was so much more to show in here. The only disappointment I had in this building was the control room. It was very small and more of a switchboard than a control room. It was so bad I didn't even remove the lens cap to my camera.
I would also like to input that this building is a winter wonderland all year around! It is covered in soda ash, about a foot deep where ever you walk. It feels like snow underfoot and appears just like it. I was very lucky to have brought a respirator in there. The air was thick with particles of this stuff. I also received a head load of it after one of my mates walked on a walkway directly above me, knocking it all off banisters onto me and my camera. I left that building later that day very white from head to toe! 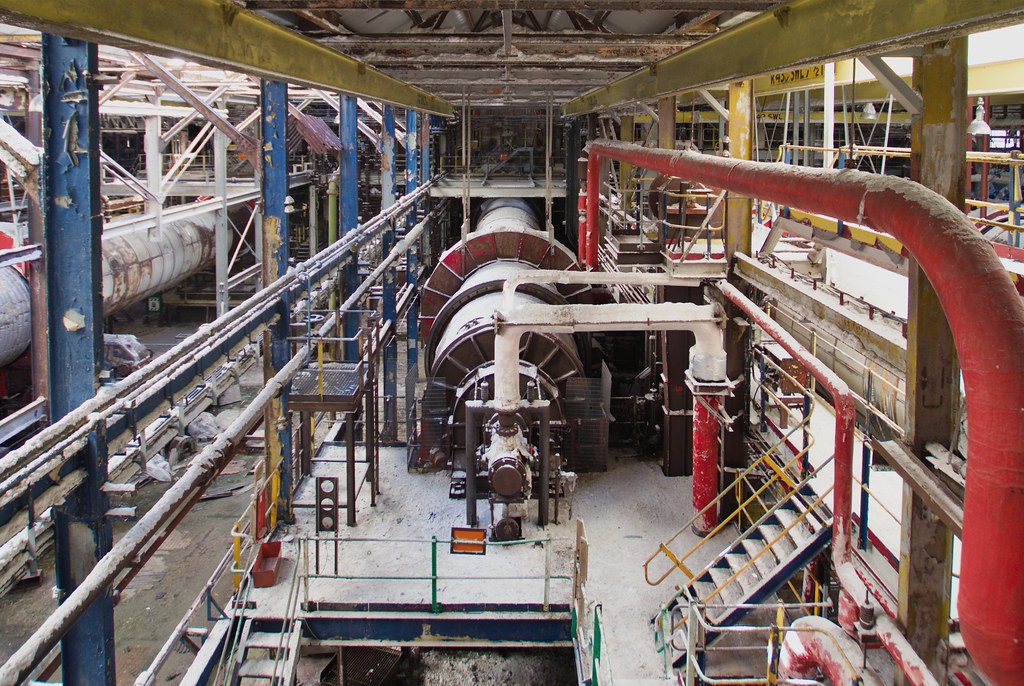 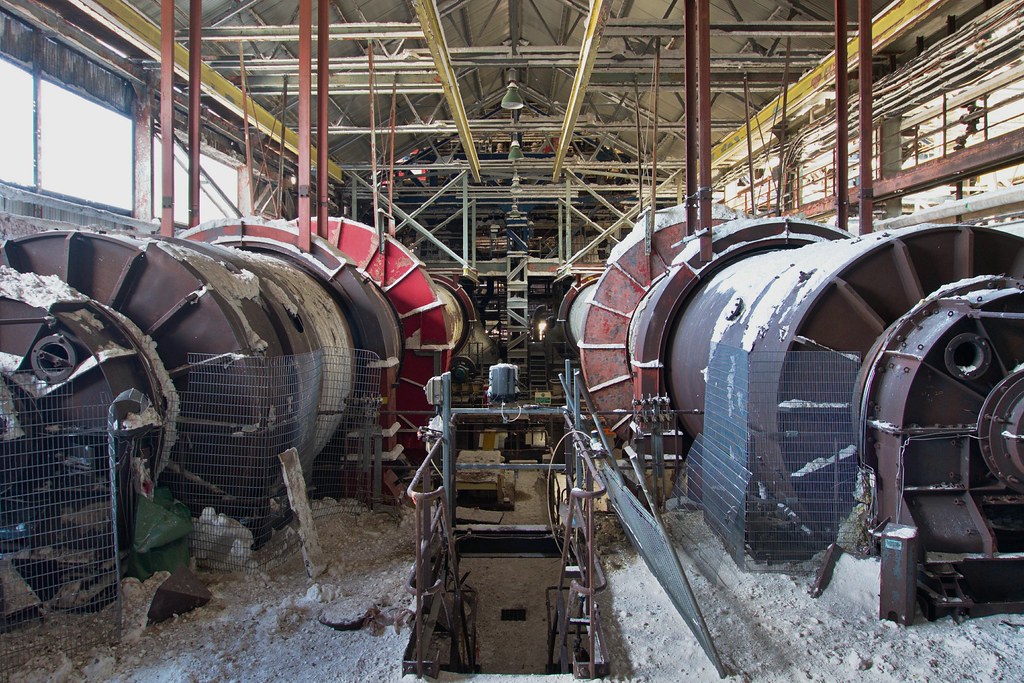 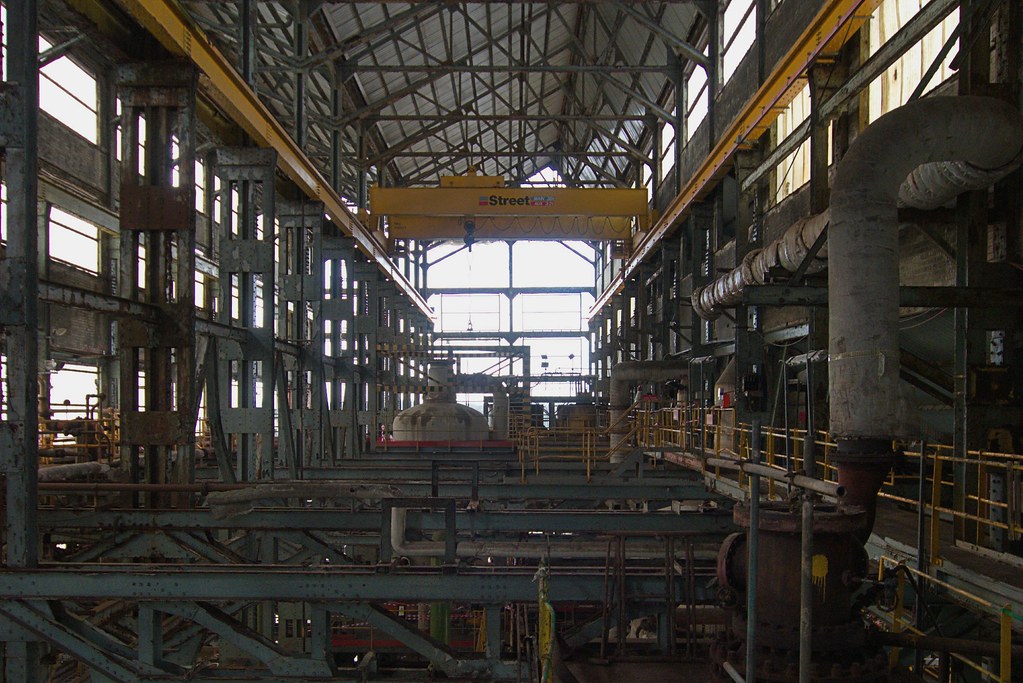 Cheers man. Its a great place.

Regular User
Never made it into the chemical works themselves. Doing myself a disservice there it looks great. Always just gone straight for Winnington! Lovely pics!

28DL Full Member
Thought this was all gone now.
ㄥ丹∨工れ◯

Lavino said:
Thought this was all gone now.
Click to expand...

Its all still there. Just the conveyor shafts gone now.

Thanks a lot man.

Regular User
Really enjoyed that. Thorough report, great pix and a lot of determination on your part.

HughieD said:
Really enjoyed that. Thorough report, great pix and a lot of determination on your part.
Click to expand...

Thanks. Glad you liked it.

28DL Full Member
Really enjoyed your report. Your mission was certainly worth it. Nice set there

With my Chemical Engineer's hat on though, for your own sake please don't enter plant units like the rotary drier: technically, they're classified as confined spaces and there's a good reason why there's a whole swathe of HSE legislation governing entry (https://www.hse.gov.uk/confinedspace/). Bottom line: confined spaces can harbour low oxygen / toxic atmospheres and they continue to kill a number of people every year, even in this day and age. I was very close to someone who died in exactly those circumstances. Unless you're 100% sure that there's a safe atmosphere (i.e. have Drager tested or have reliable, calibrated, gas monitoring with you), please don't enter!! Confined spaces also extend to any area in which a hazardous atmosphere can accumulate - for example depressions below ground level (pipe trenches / bunds / etc. ), even if they are open to the sky.

I don't want to detract from your report - I no longer work in industry (ex ICI down the road at Runcorn) and it's great to see places like this that I heard about, that we relied upon on our site, but never got to work at - but neither do I want others reading it to think that it's OK to unwittingly expose themselves to significant hazard levels. Please keep safe.

Staff member
Moderator
Glad to see it's all still there and accessible. Cracking report.
My Website -> Behind Closed Doors