Located in the Filwood Park district of Knowle in Bristol, The Broadway Cinema was opened in 1938 by Roy Chamberlain. It seated 1,160 people, had a 30 feet wide proscenium and was equipped with a British Talking Pictures(BTP) sound system. It was built by local firm R J Hurford; Dennis Hurford and Roy Chamberlain acted as architects,.

The council put in a clause stating that a door at the rear of the cinema be included, with its own pay box, that was 'desirable to enable the lower class of patrons to use the back entrance'.

It was re-furbished in 1961, and began part time bingo on several evenings a week. The cinema was also used for boxing matches and as a concert venue. Cinema use ended in 1971 and it became a full time bingo club. It was still operating as a bingo hall until 1991, but was closed soon after.

Its old Kalee 12 projectors and many of its chairs are stored in Bristol's M Shed Museum.
Click to expand... 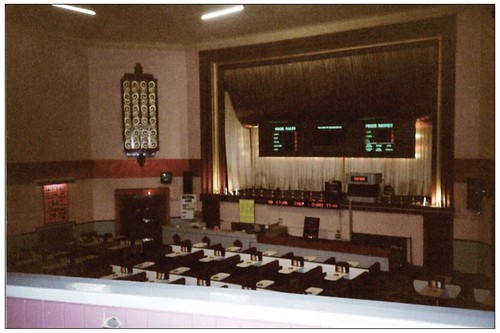 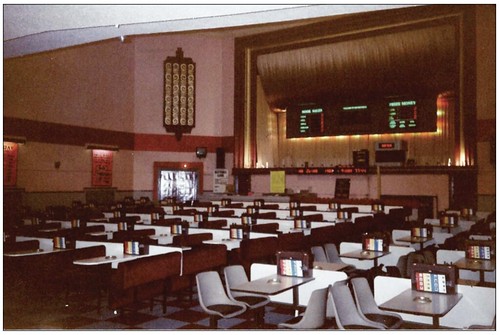 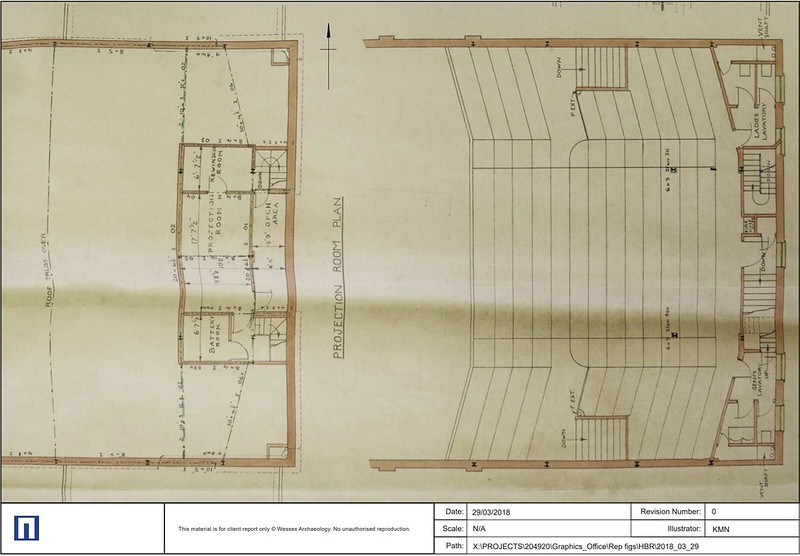 I’ll be honest; Knowle is not an area of Bristol I know well nor an area of Bristol I ever go to. There’s good reason for this - it is a dump. Might be controversial but there’s a reason people joke about needing a bulletproof vest when you go there! Safe to say the most recent time I was there and turned up in a brand new work car, I couldn’t quite be at ease whilst in there in case someone stole the wheels or indeed the whole damn car.

One good thing about Knowle however is this - the Broadway Cinema. I know people tried this back in the day, and had no luck. I know we tried it in the few years leading up to cracking it in 2015, and had no luck. It seemed to be a pretty inpenetrable fortress. That was until a ghastly storm hit the city in 2015 and blew off part of the roof at the back

EP clocked it almost straight away and raised the alarm in our local group chat. One car, one pallet, lots of noise and a broken drainpipe later, we were in!

This report features photos from when we first did it back in 2015 and when we went back last year in 2019 after demolition started. The demo team smashed a huge hole in the wall at the back, right under the roof that we once got in through, meaning we were virtually able to walk straight in. Chicken dinner! Not many photos and I did seem to only take photos of the main areas, but I thought it would be nice to have an update regarding the demolition etc. 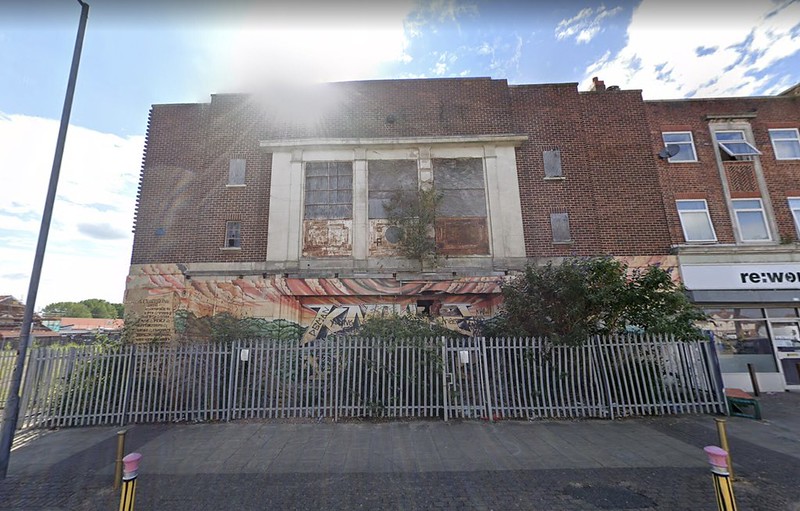 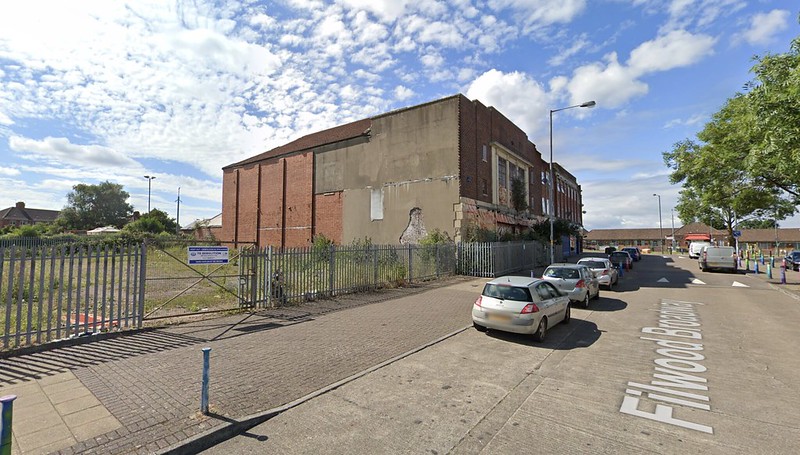 Notice roof repairs after it opened up in 2015: 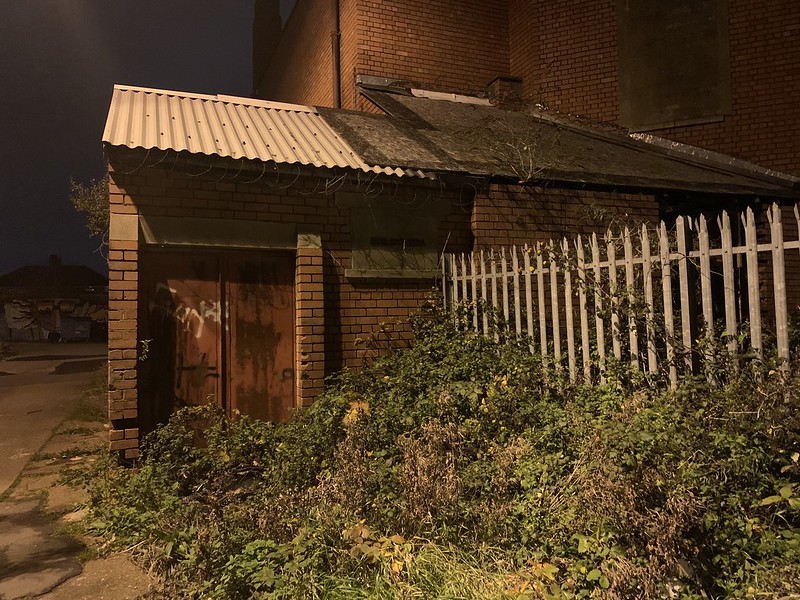 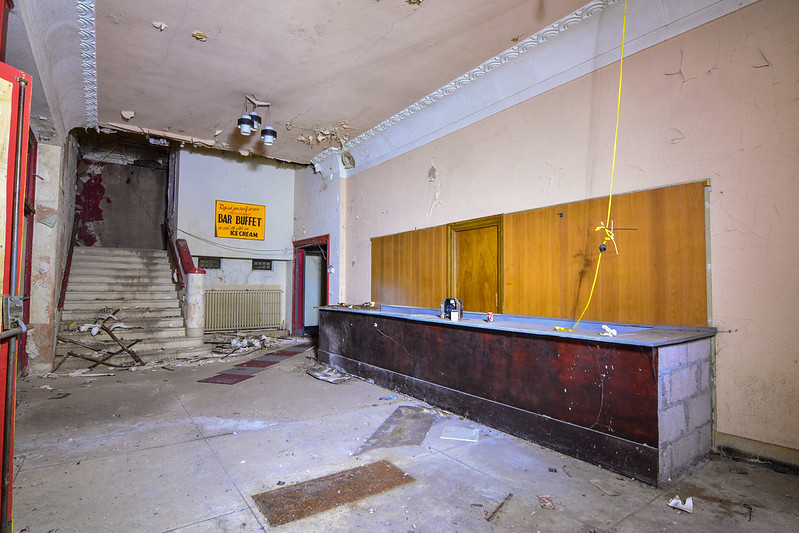 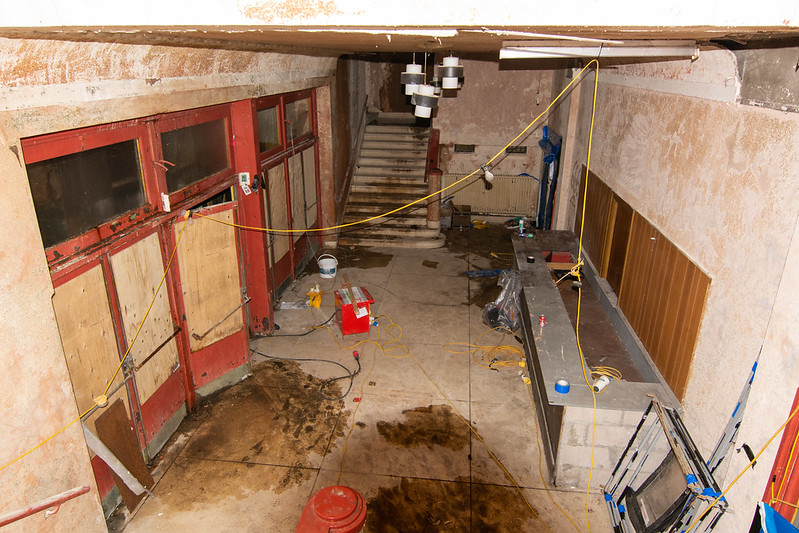 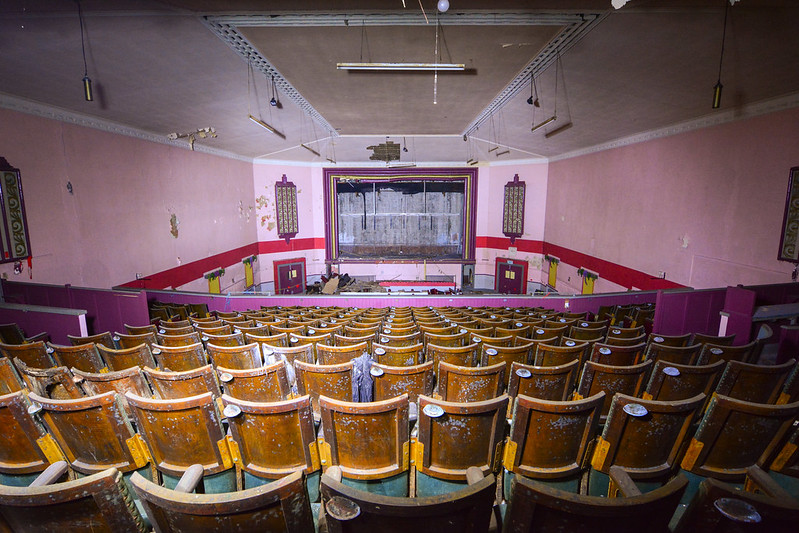 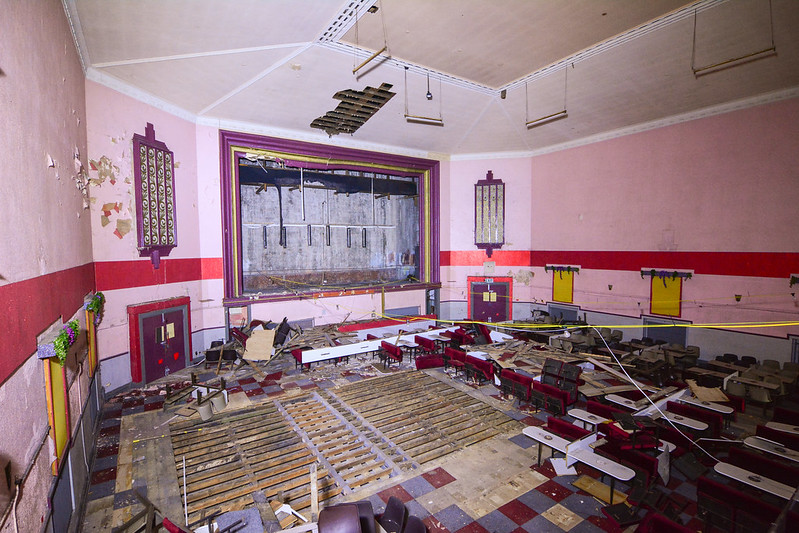 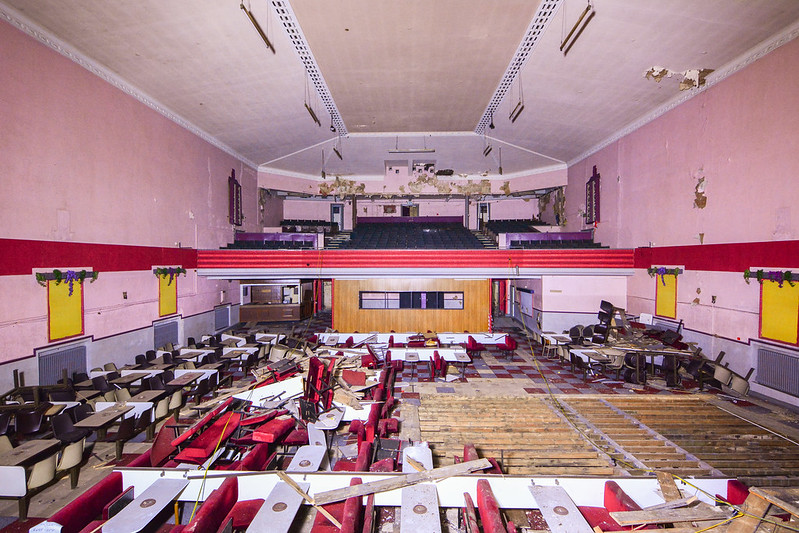 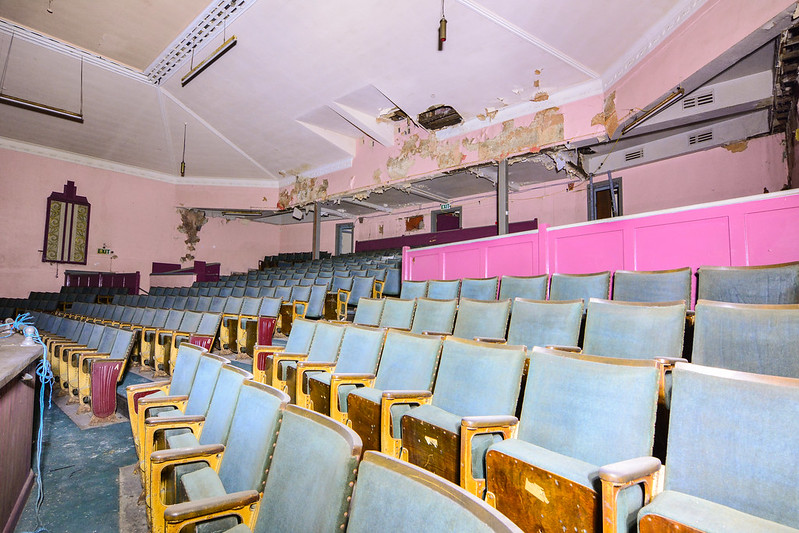 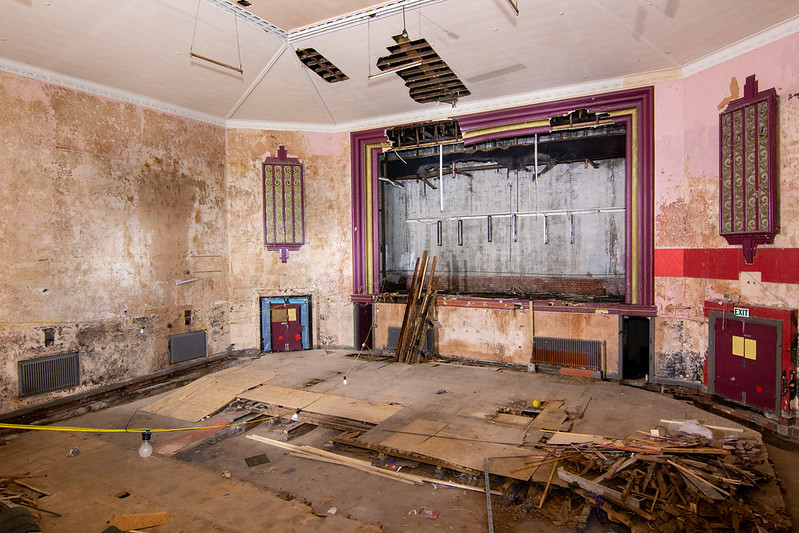 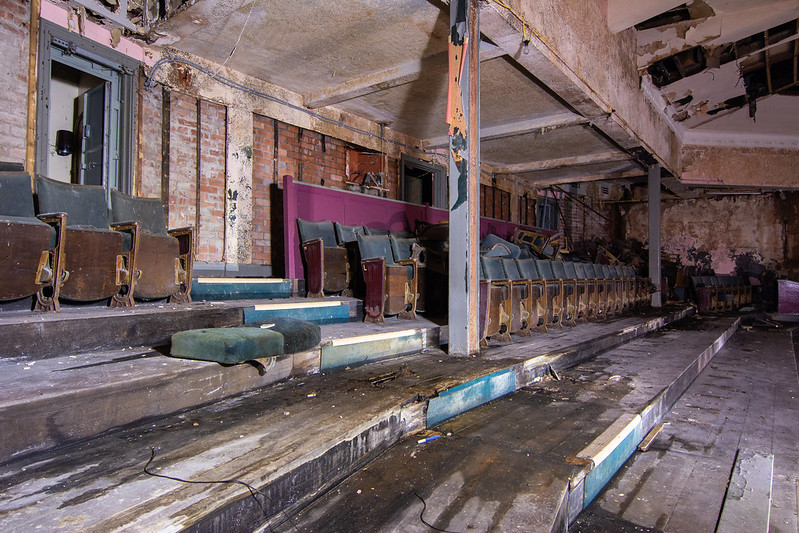 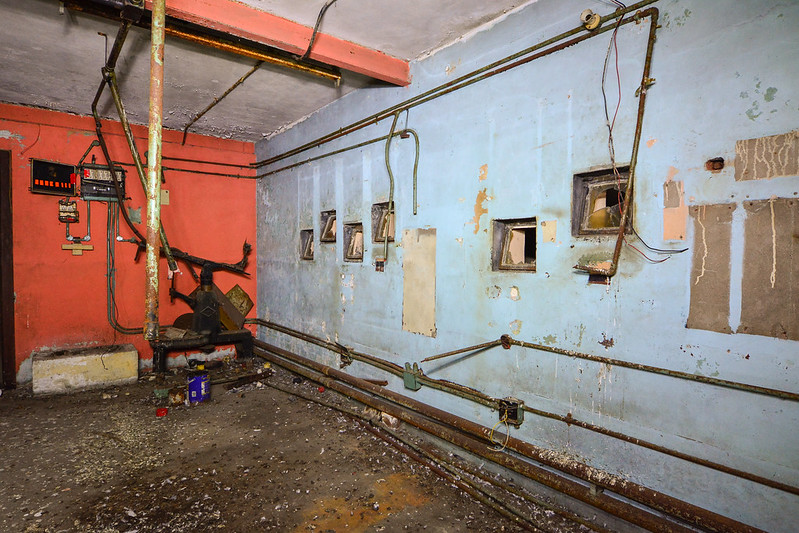 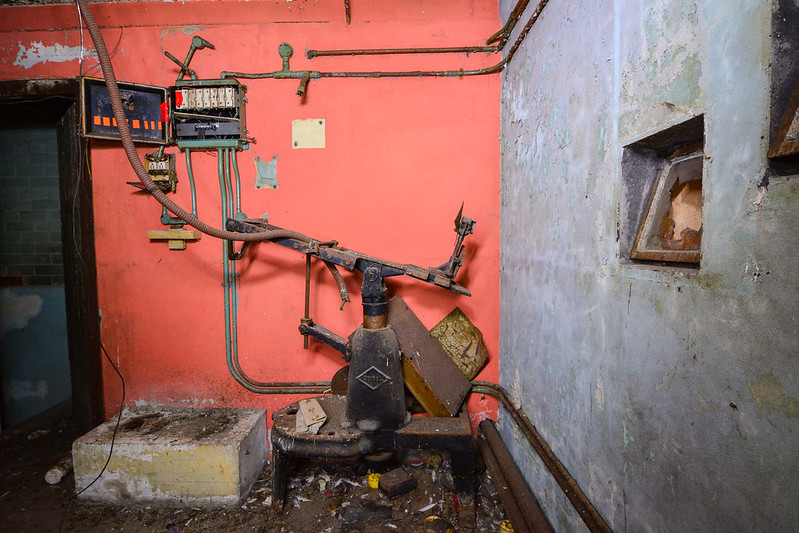 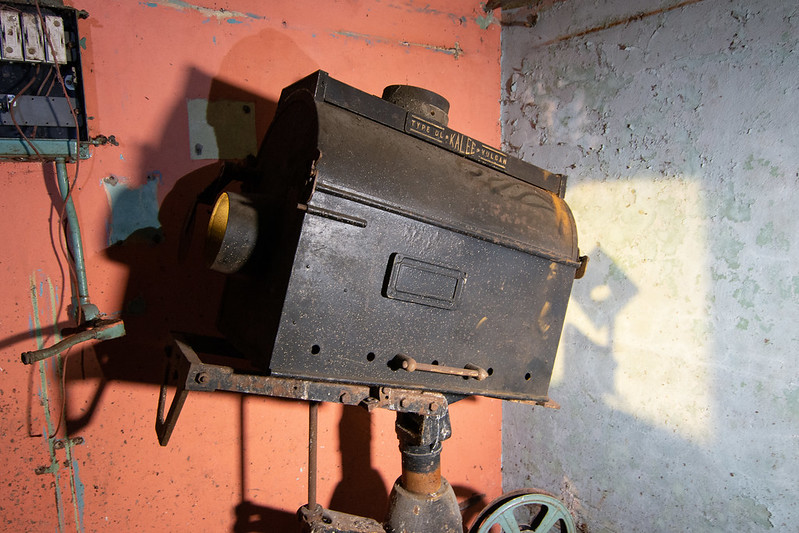 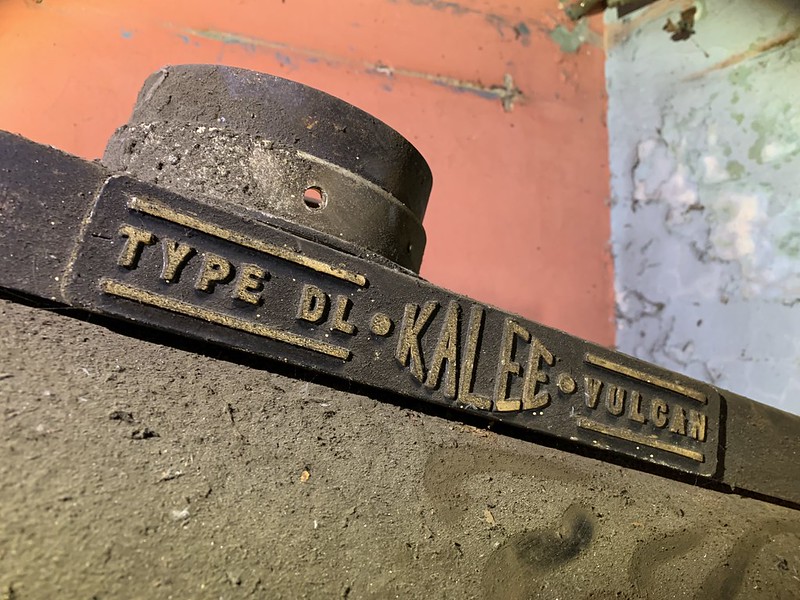 (It's only the housing - nothing inside sadly) 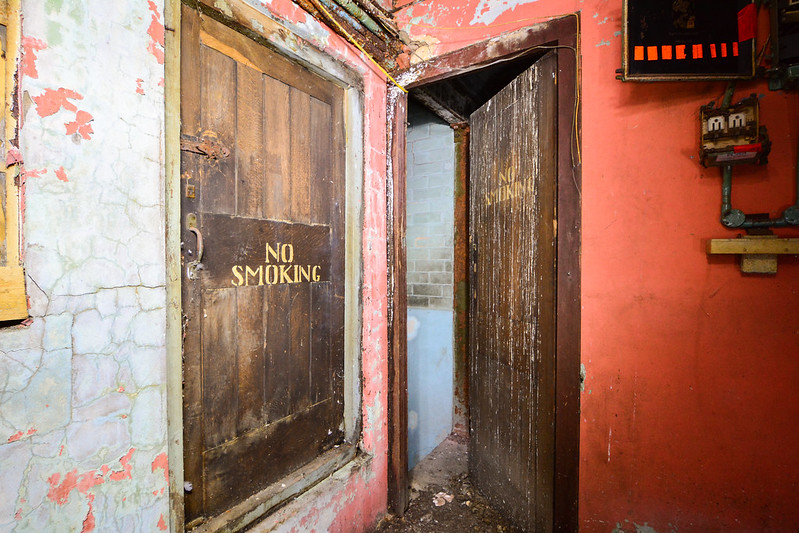 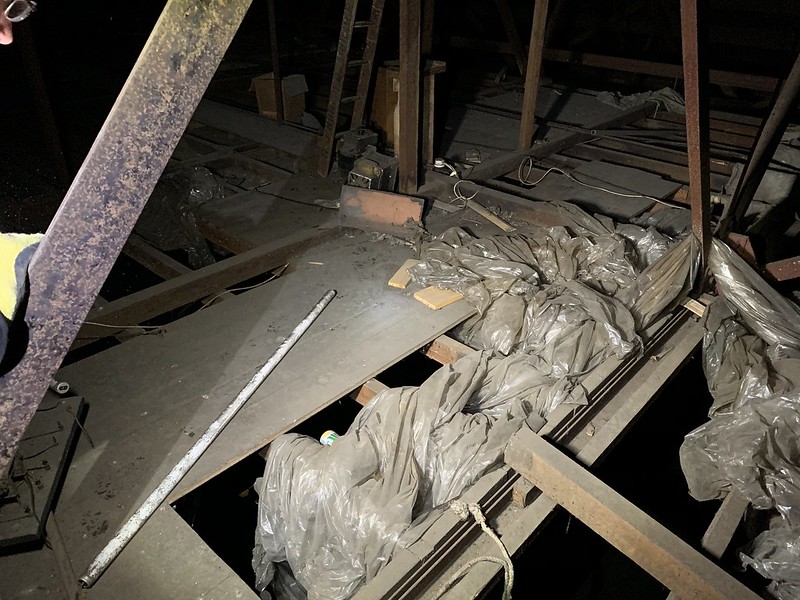 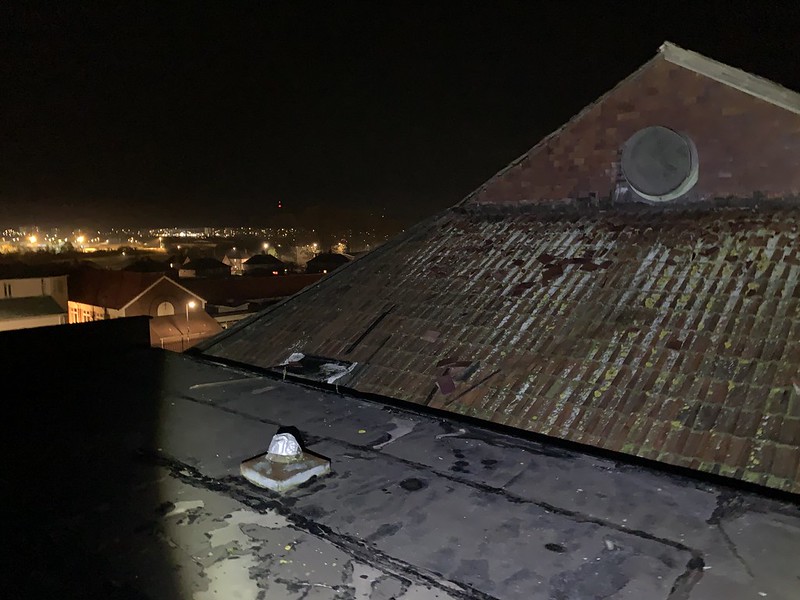 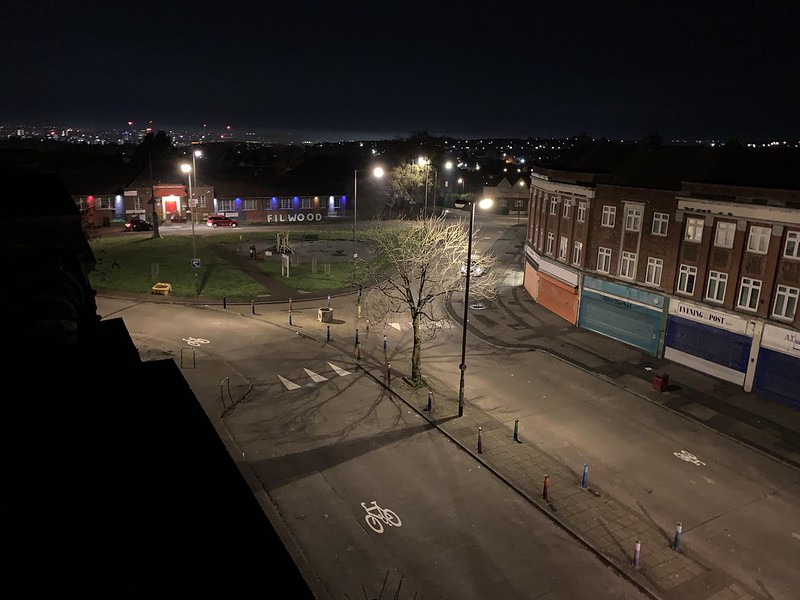 As for the future of the cinema, it seems it will be demolished to make way for the 'regeneration' of the area. If you ask me, it's better with the cinema there! You can't polish a turd...​
Blurred Boundaries - 'busting Bristol wide open' - Louise 2012
SERVE CHILLED, LIKE SOMERSET​

Regular User
We never went back for that Arc Rectifier.. dammit.

Regular User
Gah, gutted to have missed this one. It looks like it was good, just not quite good enough to cancel my plans and jump in the car at a moments notice!

Staff member
Moderator
Bongo'd to hell downstairs, as is often the case, but the original seats upstairs are very nice
My Website -> Behind Closed Doors

28DL Full Member
excellent report n pics .....you did well lighting up those photos ! was the electric still connected ?

I literally only took those @tumbles or maybe @WhoDaresWins might have some more of different bits tho?


scotty markfour said:
excellent report n pics .....you did well lighting up those photos ! was the electric still connected ?
Click to expand...

Nah that wasn't even working in the early photos sadly - been long dead in there
Blurred Boundaries - 'busting Bristol wide open' - Louise 2012
SERVE CHILLED, LIKE SOMERSET​

Seffy said:
I literally only took those @tumbles or maybe @WhoDaresWins might have some more of different bits tho?

Nah that wasn't even working in the early photos sadly - been long dead in there
Click to expand...

I will have a look and see if I have others I didn’t include in my report. I’m sure there’s a few.
www.strayoffthepath.co.uk

Regular User
Always amazed when explorers light up somewhere like this. I suppose im jealous, I keep trying light painting but get noise and really bad results. I use lensers and get slightly better results. Really good job, nice report this

WhoDaresWins said:
I will have a look and see if I have others I didn’t include in my report. I’m sure there’s a few.
Click to expand...

tumbles said:
Who’s got the video ?
Click to expand...

LOL I have a POV version from above - @END-PROC share the vid from below
Blurred Boundaries - 'busting Bristol wide open' - Louise 2012
SERVE CHILLED, LIKE SOMERSET​
D

Regular User
Was the projector on backwards?

Scoobysrt said:
Was the projector on backwards?
Click to expand...

Blame @tumbles
We only put it on there to get a better view of it in fairness
Blurred Boundaries - 'busting Bristol wide open' - Louise 2012
SERVE CHILLED, LIKE SOMERSET​