Regular User
OK, time for something a little bit different…

1. The History
The region of Cappadocia lies in the central Anatolian plains of modern-day Turkey and consists of a high plateau of over 1,000m, pierced by volcanic peaks, with Mount Erciyes, near to Kayseri, the tallest at 3,916 m. The area has a very continental climate of hot dry summers and cold snowy winters and little in the way of rainfall making the area semi-arid.

Cappadocia, derived from Old Persian, is a historical region in Central Anatolia, centred around the principal towns of in the Nevşehir, Kayseri and Aksaray. Earliest records make mention of the name of Cappadocia in late 6th century BC. Records dating back to the time of Herodotus at the time of the Ionian Revolt (499 BC) make reference to the Cappadocians occupying a region from Mount Taurus to the vicinity of the Euxine (Black Sea). Traditionally the name has been used in Christian sources. The Old Persian name Katpatuka meant "Low Country", although subsequent research suggests it comes from the Hittite adverb katta meaning 'down, below'. The area has a rich history and in the 3rd century BC was the largest province of the Roman Empire.

Erosion has shaped the landscape of Cappadocia and in the fourth century A.D. it was an urbanized via a labyrinth of underground dwellings. Previously, ancient volcanic eruptions covered the area with thick ash, which solidified into a soft rock called tuff. Wind and water have subsequently left only the harder elements behind, forming a magical landscape of cones, pillars, and chimneys. The area is now honeycombed with a network of man-made caves including living quarters, places of worship, stables, and storehouses, all dug out of the soft stone. Many date back from the Hittite era, circa 1800 to 1200 B.C. when the territory sat on the boundary between rival empires; first the Greeks and Persians and then later between the Byzantine Greeks and a host of other rivals. The fragile political position of the region meant that residents needed to hide, which they did by tunnelling into the rock.

The area became a religious refuge during the early days of Christianity and by the fourth century Christians fleeing Rome’s persecution were arriving in Cappadocia with monks excavating extensive dwellings and monasteries into the rock, decorated with Byzantine frescoed paintings in cave chapels.

Now the area, centred Göreme, is a World Heritage site and popular tourist destination, due to its many unique geological, historic, and cultural features.

2. The Explore
First became aware of this place while sharing with by big Turkish biddy Sahin during my master’s year. He had this poster on the wall of this massive piece of rock that looked like a piece of gorgonzola cheese with all the holes on it. From that very moment I knew I had to go here. I’ve been to Cappadocia three times – in 1988, 1990 and 1996 – but not for a very long time. It is a tourist destination and there are a number of tourist attractions here, including the underground cities – including the one at Derinkuyu which @Lenston previously reported on HERE

However, get off the beaten track and there are numerous abandoned man-made caves you can explore. You could actually spend a week or so getting off the tourist trail here. Anyhow, a really unique place. If you find yourself in Turkey, this is an excellent place to head. You can even stay a few nights in a cave hotel then take the obligatory hot-air balloon ride to see either sunrise or sunset.

3. The Pictures
I guess this was the medieval equivalent of a block of flats: 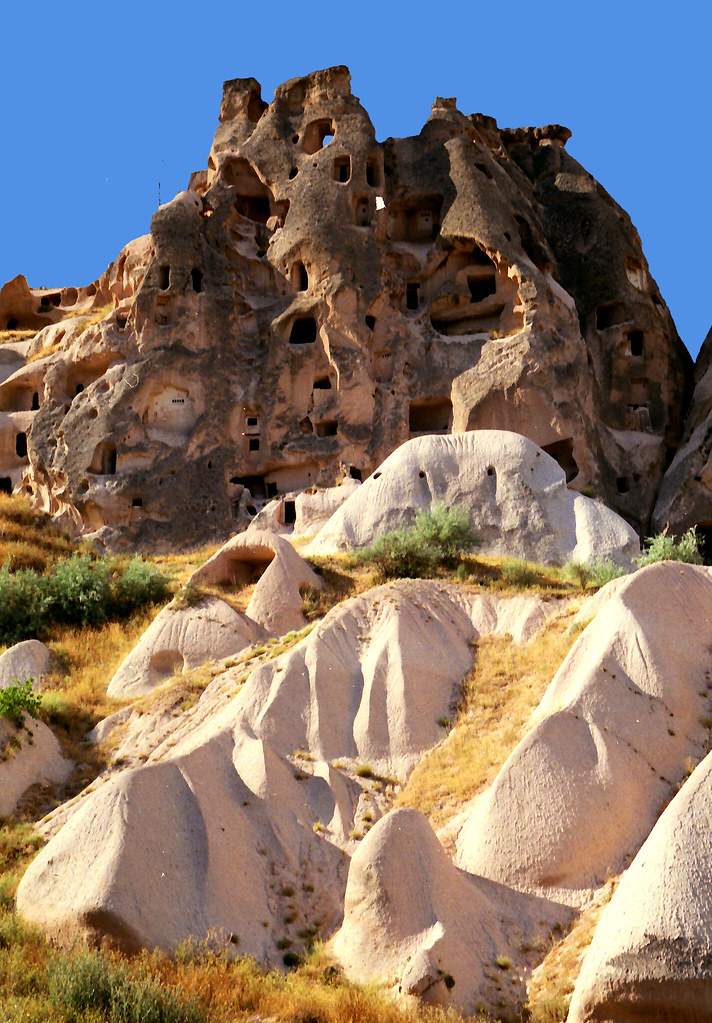 Many have been subject to collapsed, exposing their inner chambers: 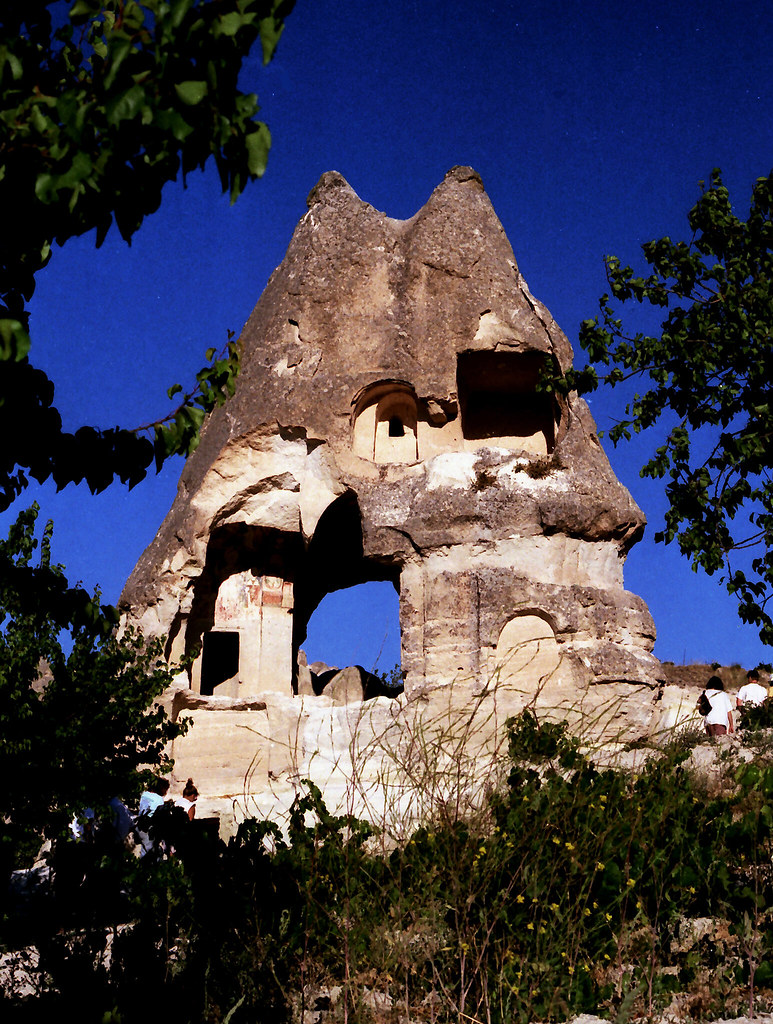 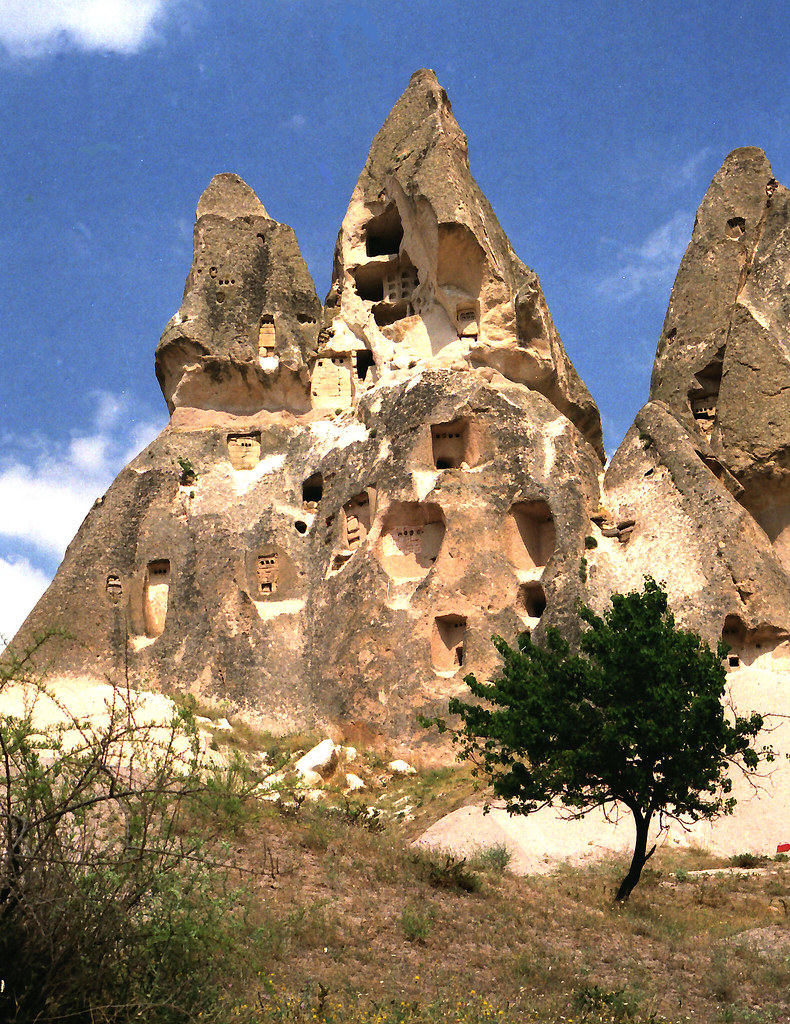 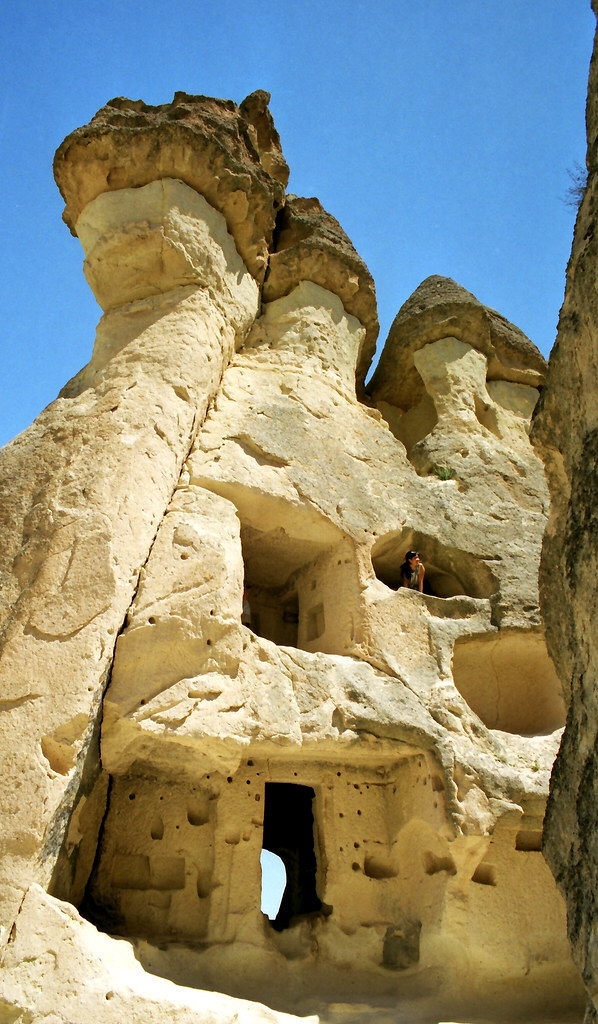 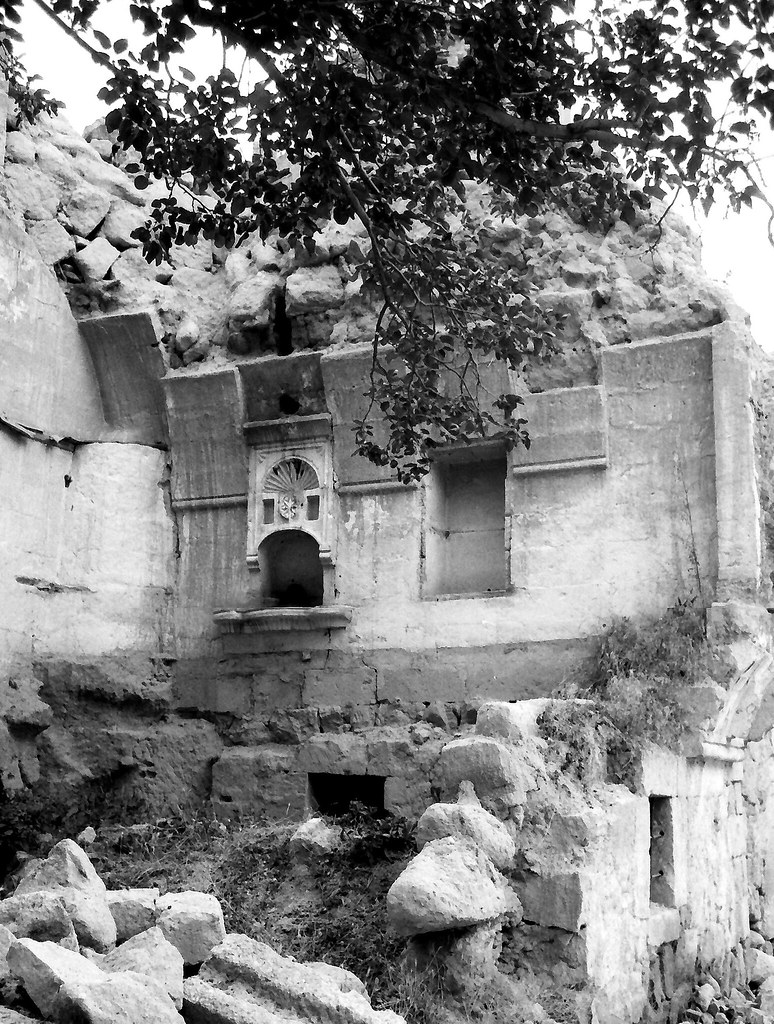 Not sure about the stair’s arrangement here: 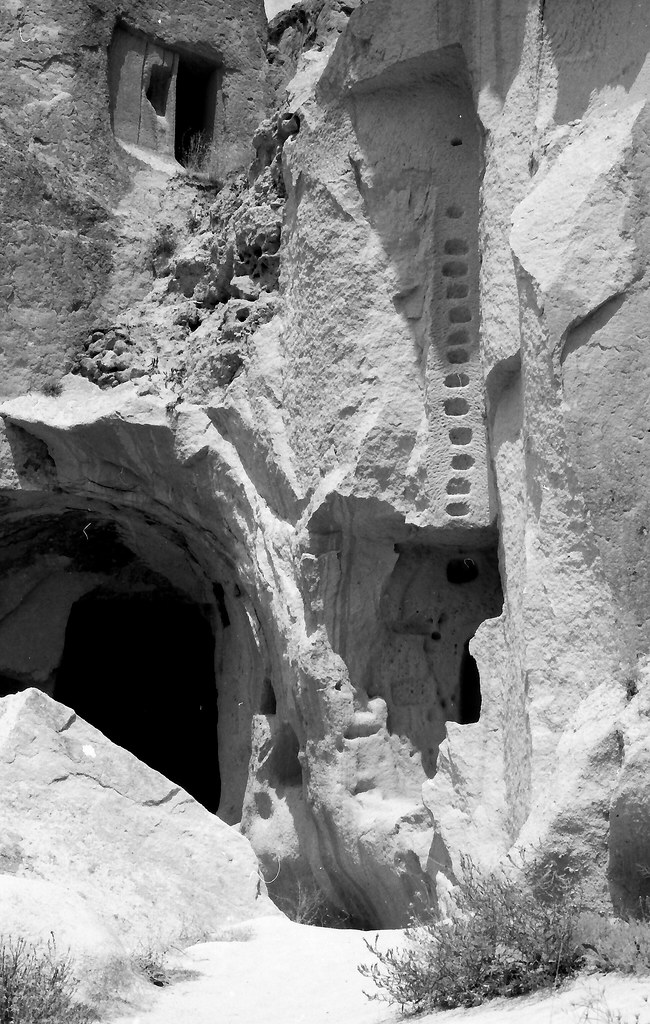 Not too sure how old these wall paintings are: 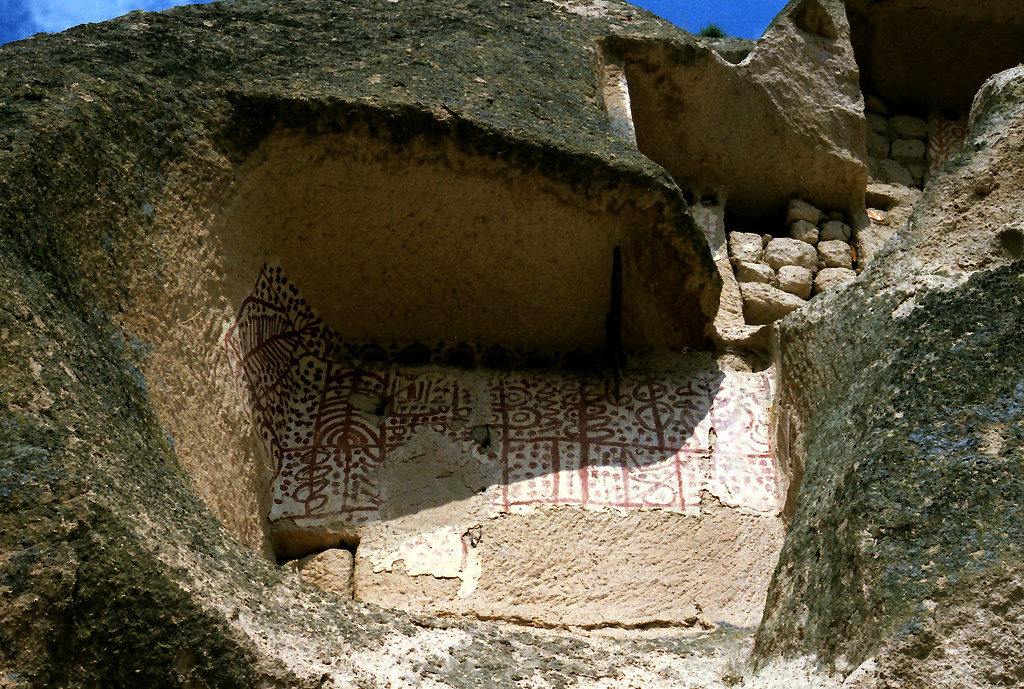 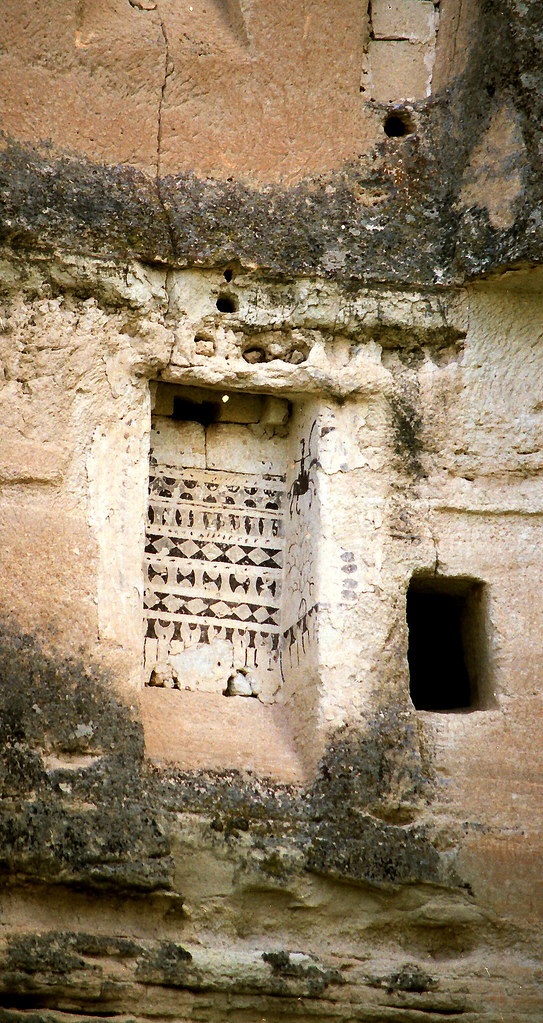 Çavuşin in the district of Avanos in Nevşehir Province is particularly good for scrambling around former cave houses: 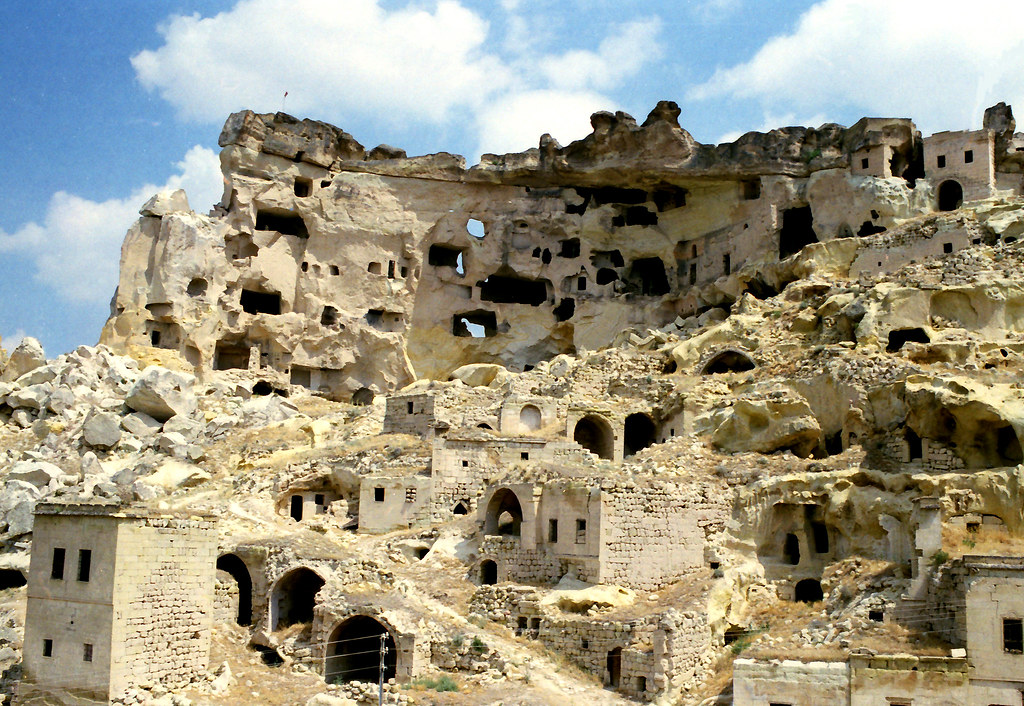 If you venture outside of Cavusin old town, some of the caves you stumble across were former rock churches and have fantastic Christian frescos painted on the ceilings: 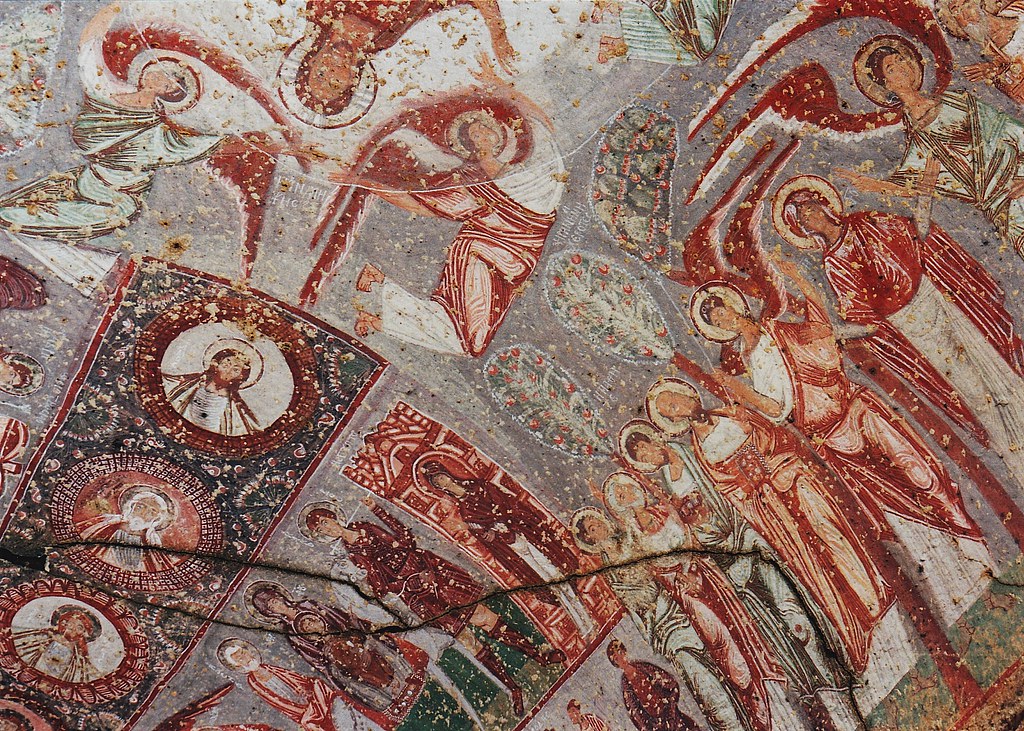 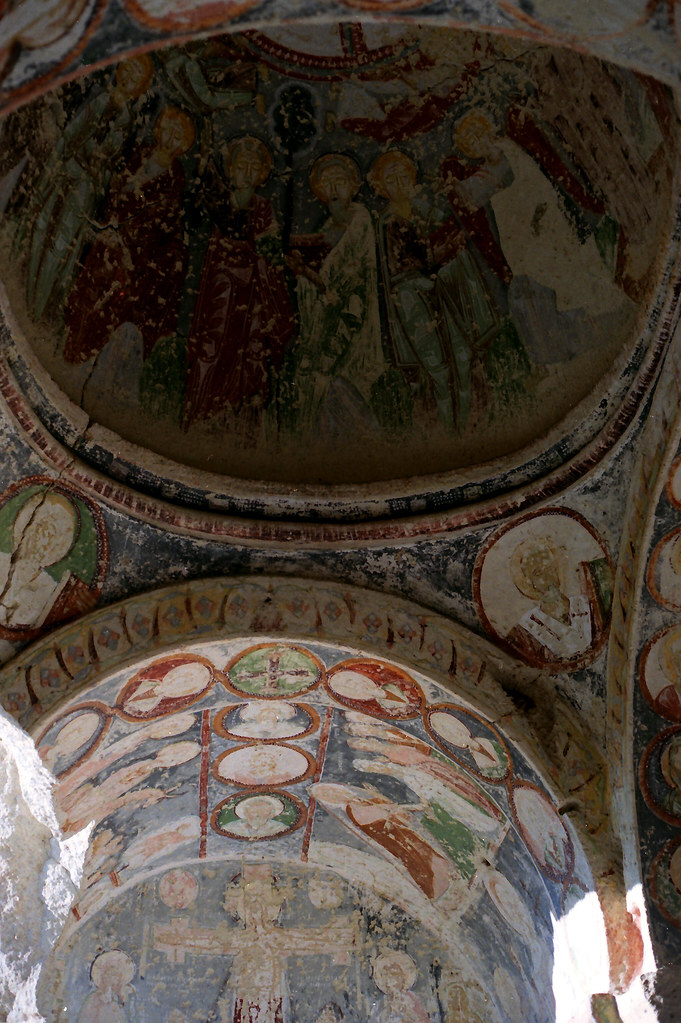 At points you can get really high up an enjoy spectacular views: 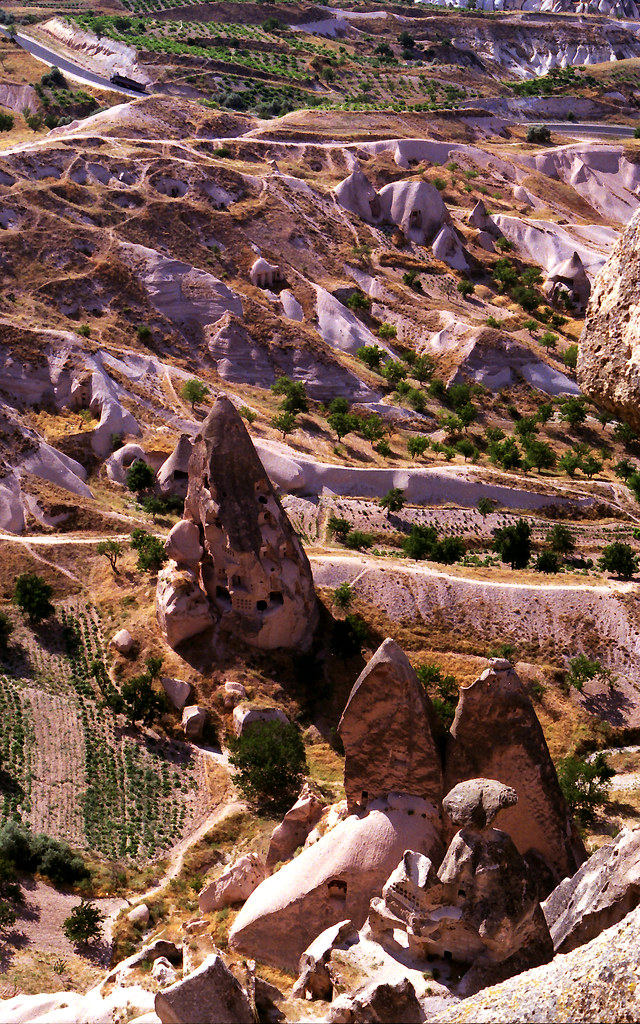 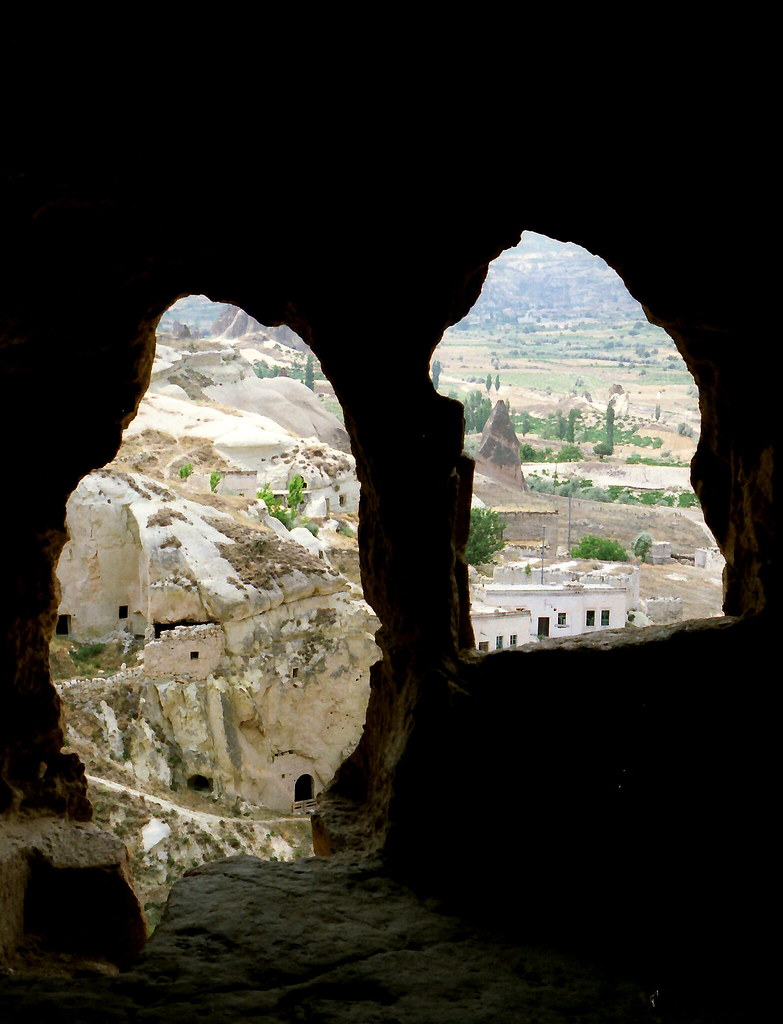 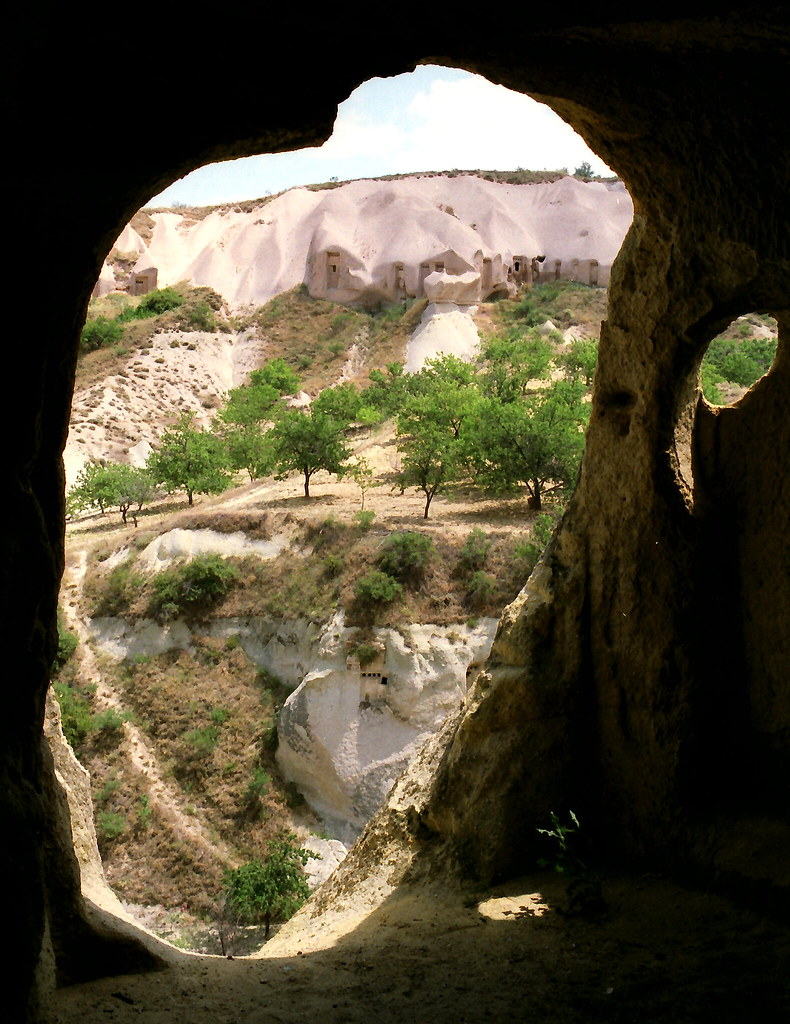 This place, the Zelve valley, was particularly beautiful and a bit like another planet: 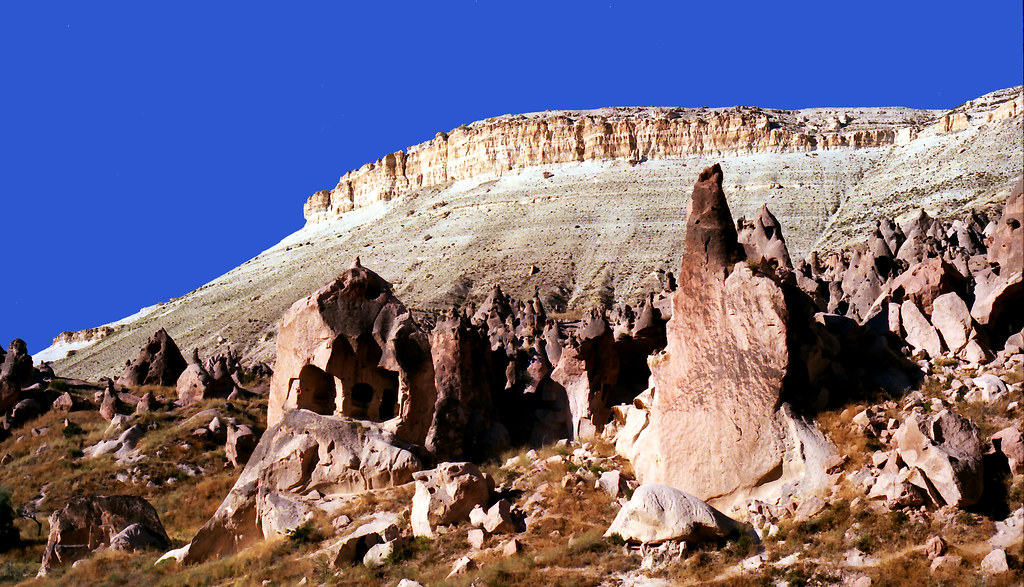 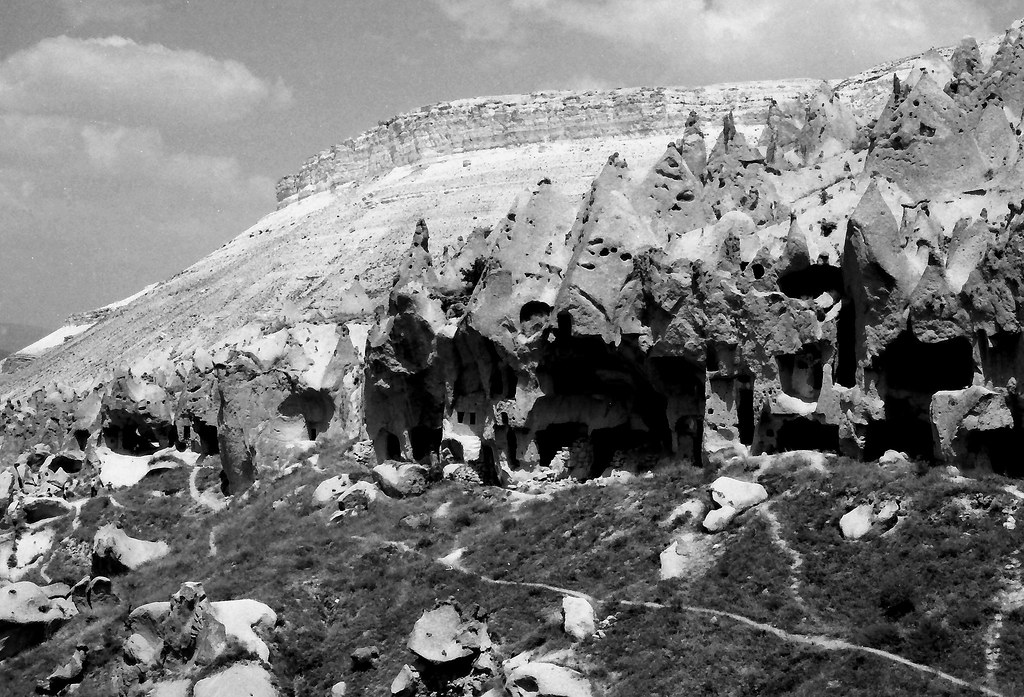 Inside some of the cave dwellings: 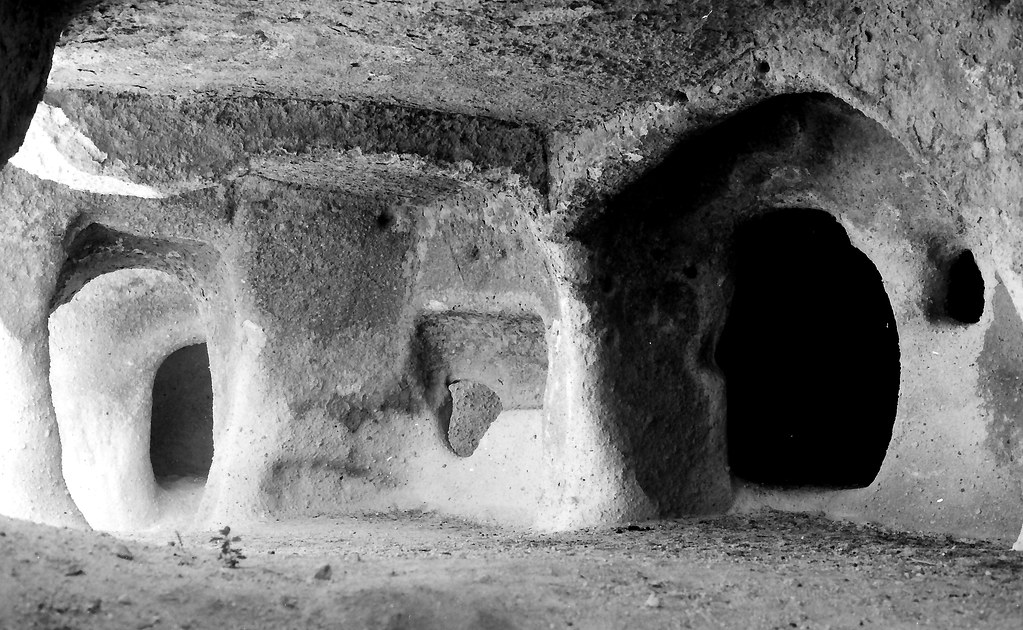 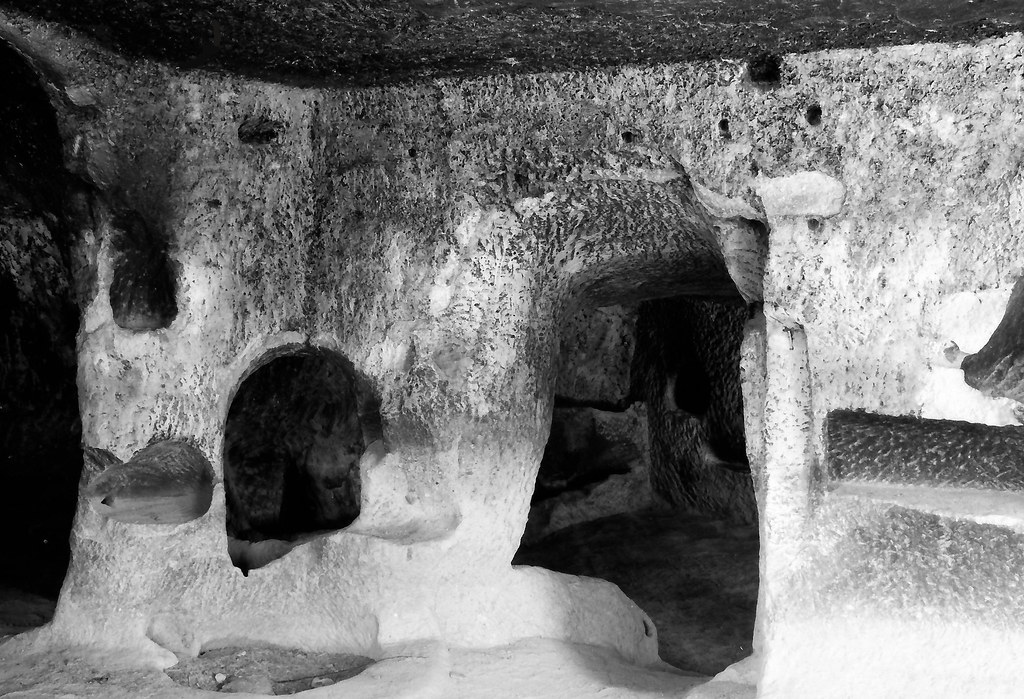 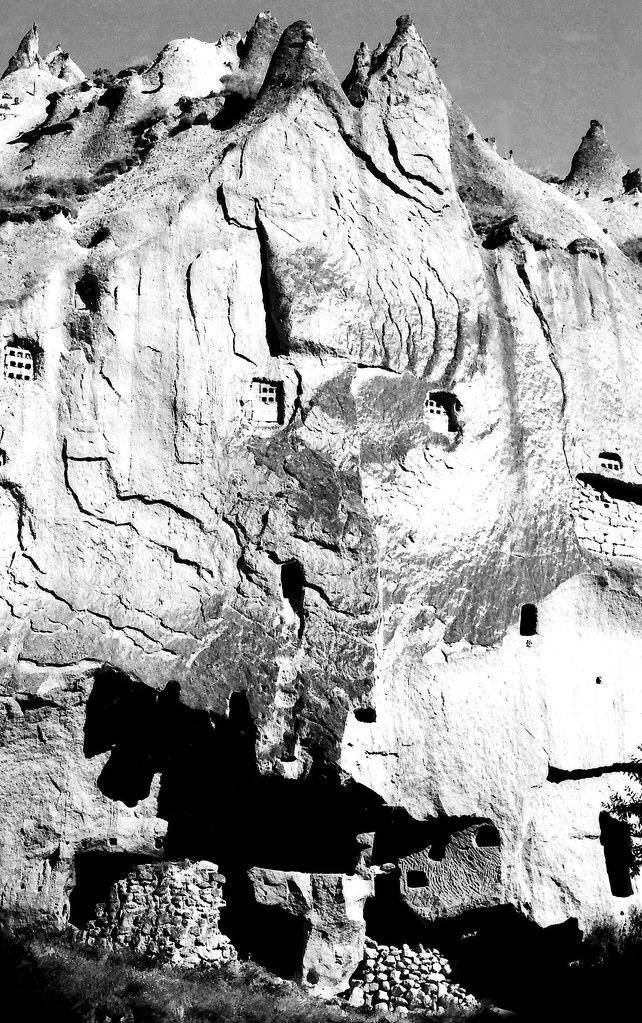 The Cappadocians were keen keepers of pigeons. Uchisar Valley is known as the valley of the dovecotes: 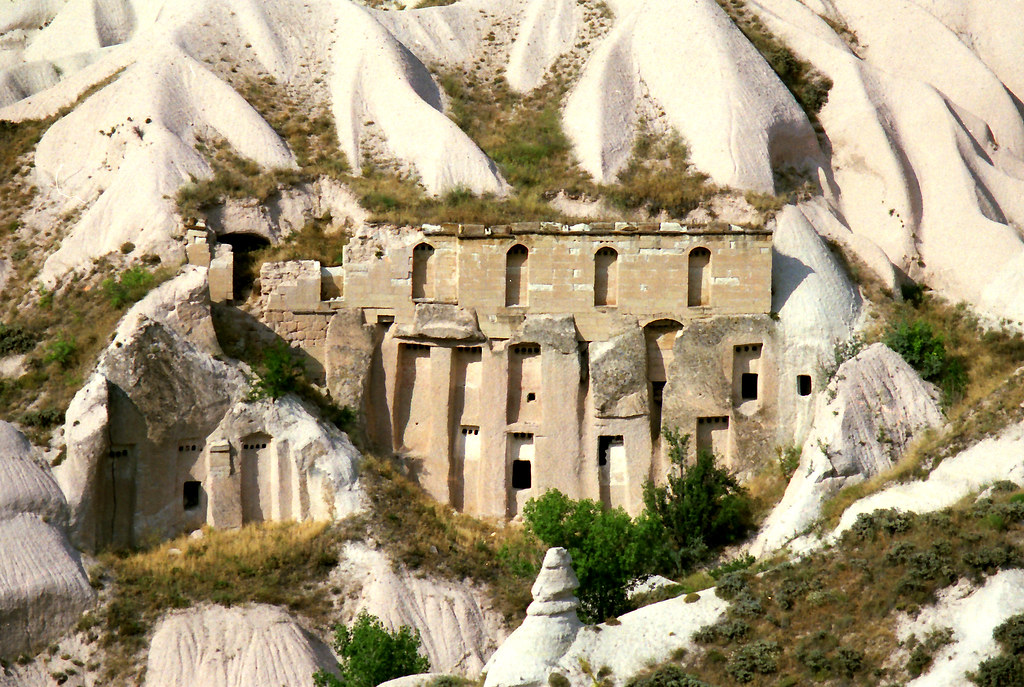 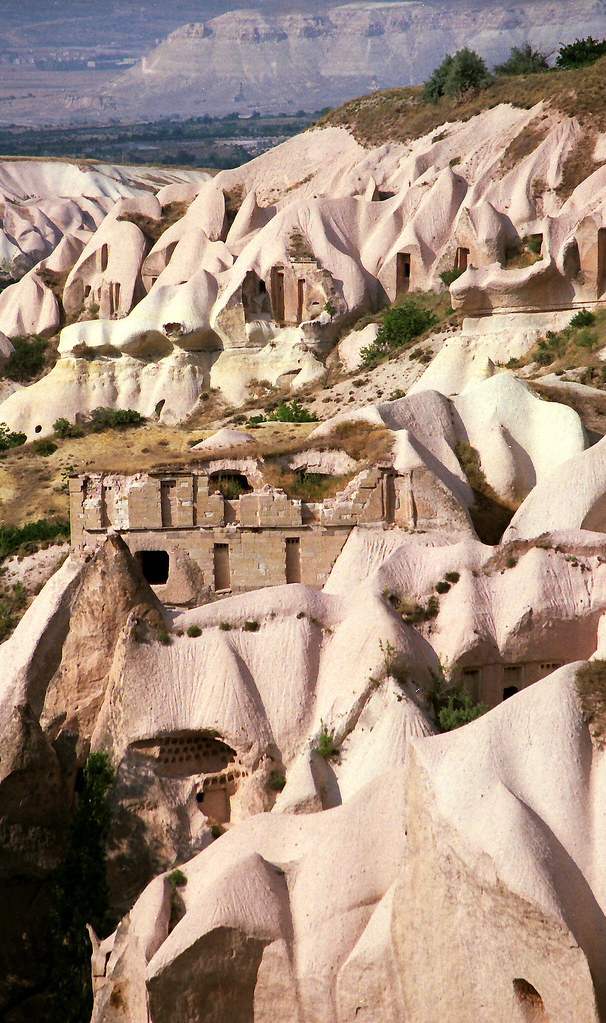 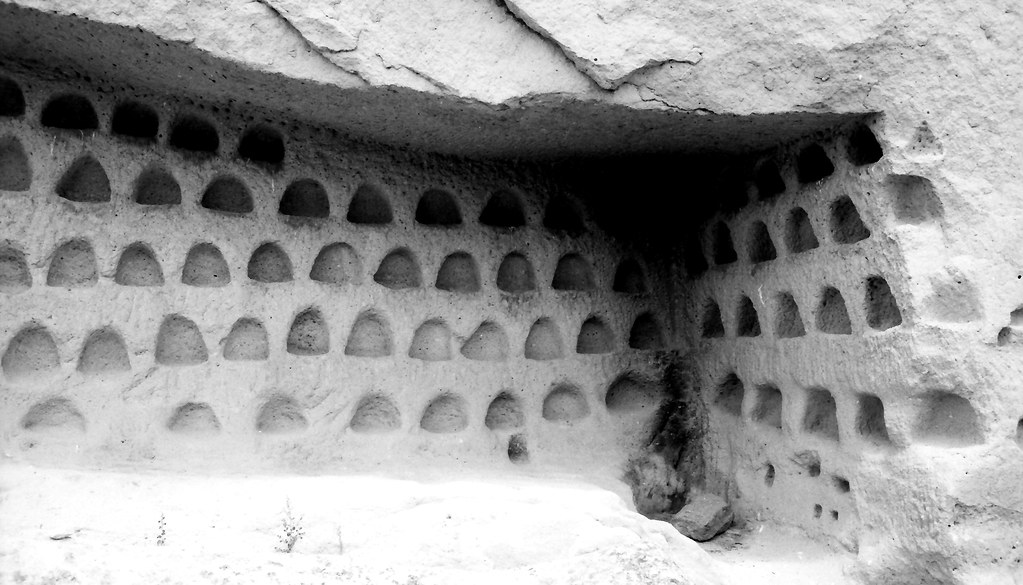 Small dovecote on the valley floor: 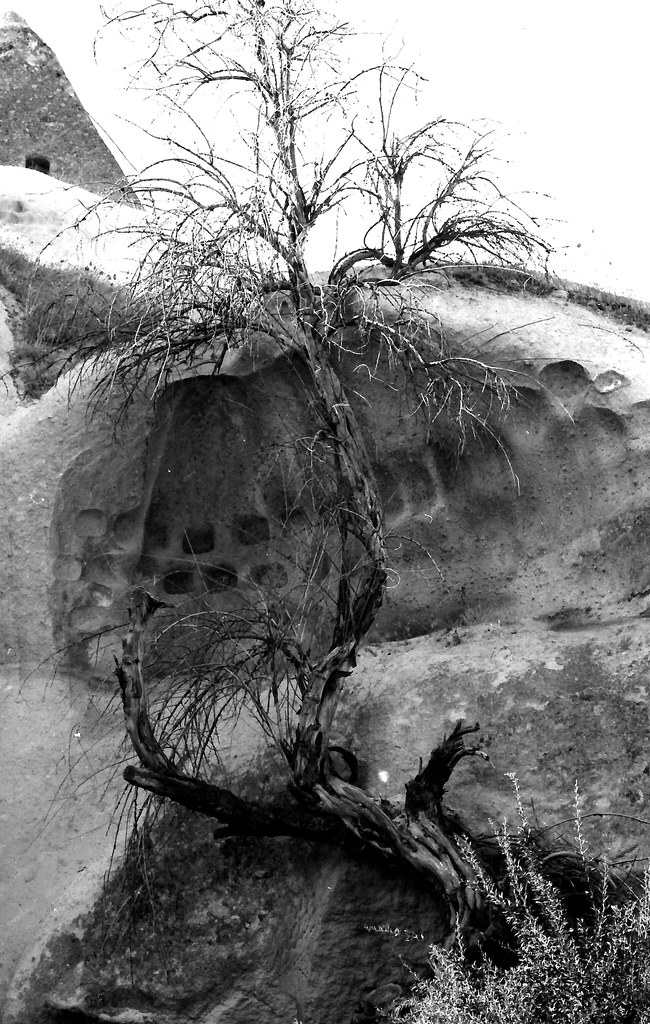 In the Ihlara Valley the rock is slightly different and consists of harder rock, giving it a different, more rugged look. The valley apparently boasted more than four thousand dwellings and no less than a hundred cave churches decorated with frescoes. Around eighty thousand people once lived in Ihlara Valley. 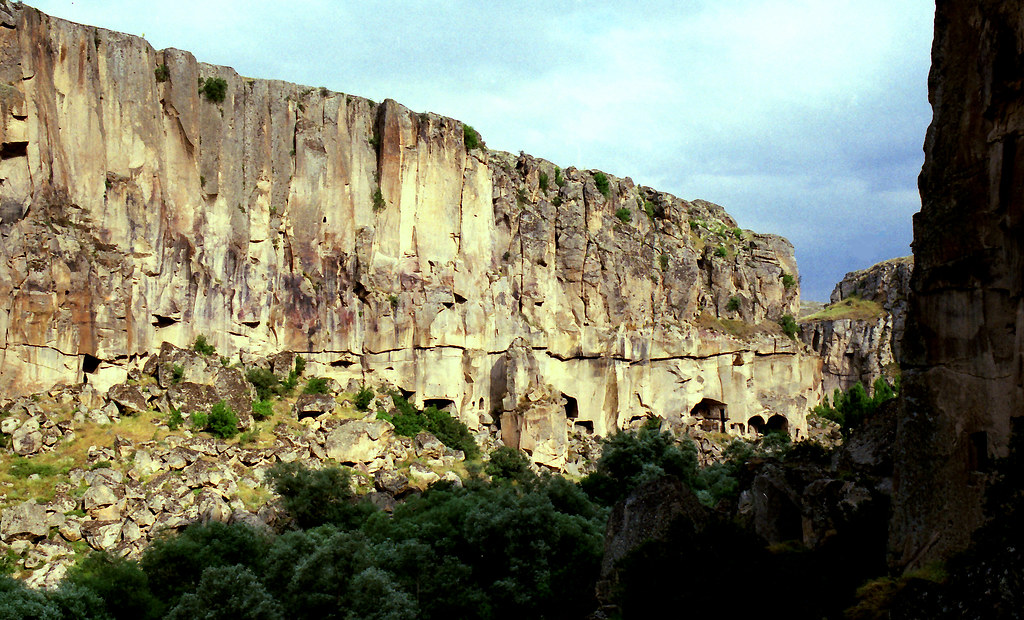 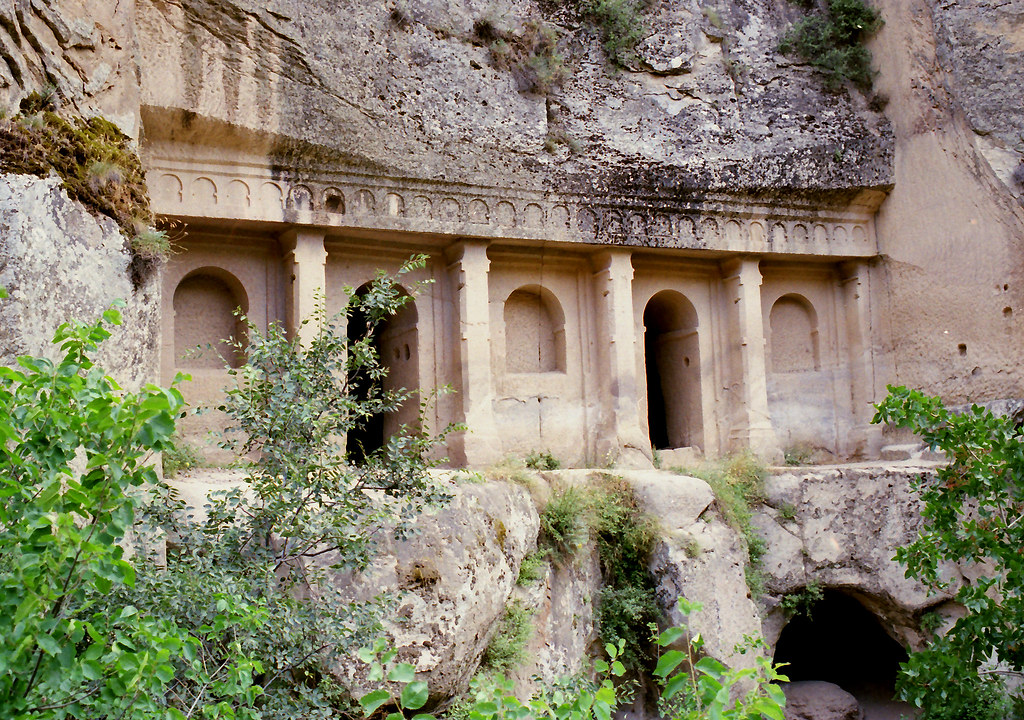 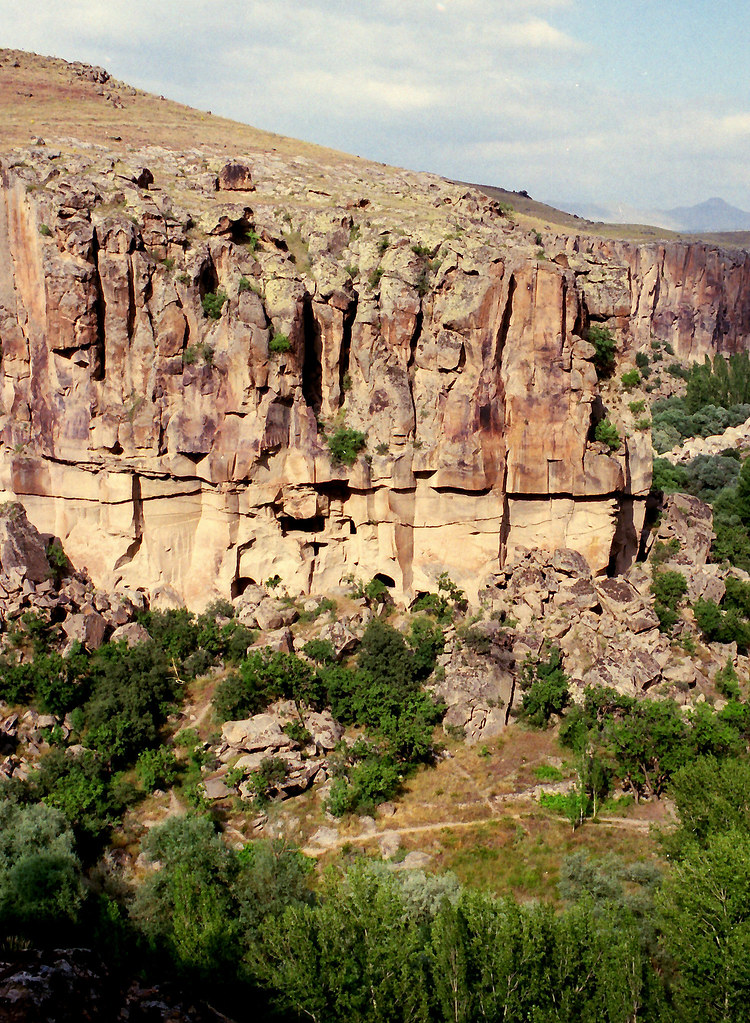 It is hard to tire of the landscape here: 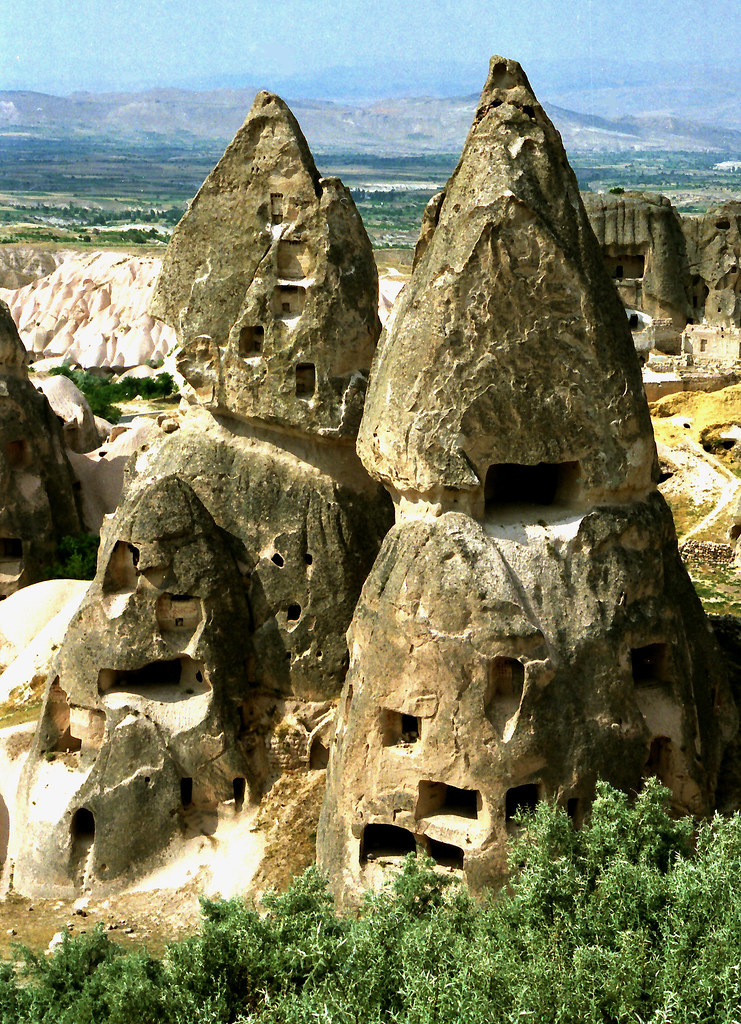 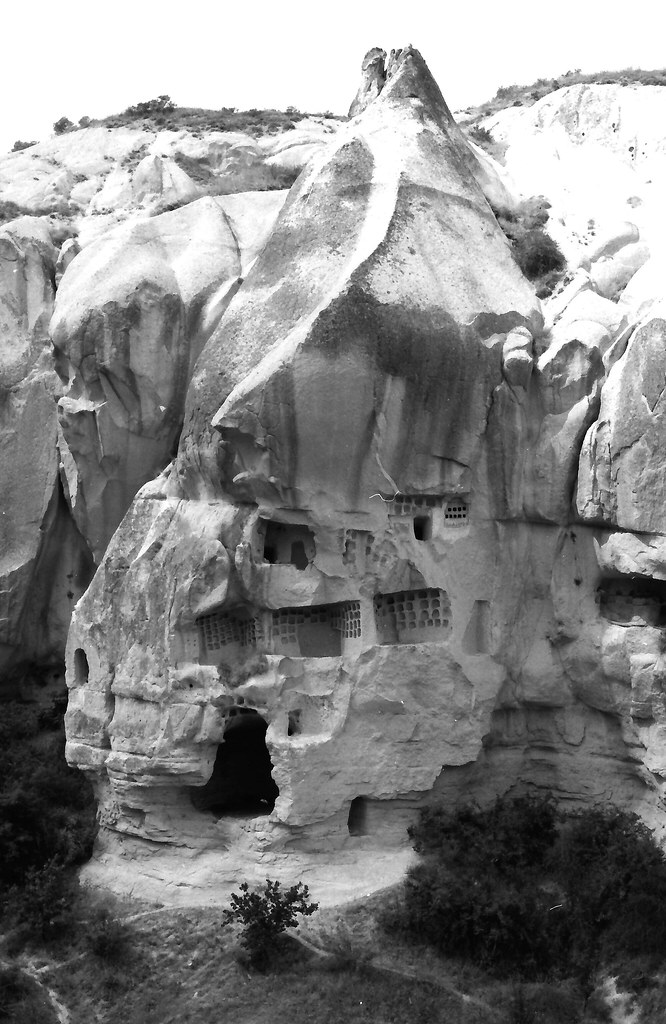 Regular User
Nice those, we did visit here as well, amazing landscape in that area

Regular User
Stunning stuff, I love Turkey and its history. Stunning paintings & details on almost everything. I love their mosaic floors, and their statues. The views are quite something. I also love Greece and have many an explore from there in the 90s too. All on film and photos somewhere in my cluttered attic.

28DL Full Member
Brilliant! I must say I was completely unaware any of this existed... I do wonder how all the Christian frescos are faring under Erdogan.

earthman_bumblebee said:
Brilliant! I must say I was completely unaware any of this existed... I do wonder how all the Christian frescos are faring under Erdogan.
Click to expand...

28DL Full Member
Absolutely awesome. This is quite high up myself and my partner's list of things to do next year! That, and teaching some of the Turk's how to properly fly balloons!
The secret impresses no one; the trick you use it for, is everything...

Regular User
Proper noice that mate! Like something out of Indiana Jones.
-Needs a tripod and a decent torch.