Located in Cradley Heath, Staffordshire in the West Midlands. The Majestic Super Cinema was opened on 27th March 1933. Designed by Dudley based architectural firm Webb & Gray, an unusual feature for this Art Deco style building is a leaded glass window on the circle stairs, which depicts Heraldic images. Seating was provided in stalls and circle levels. Sound equipment was provided by Western Electric(WE). The proscenium was 36 feet wide, and it was equipped with a Christie 3Manual organ that was opened by organist William Sykes, who soon also became the cinema manager, and held those positions until he retired in 1958. The Majestic Cinema was always independently operated.

The Majestic Cinema was closed on 2nd November 1963 with Doris Day in “Jumbo” and Terry-Thomas in “Kill or Cure”.

It was taken over by the Leeds based Star Cinemas group, who re-opened it as a bingo club named the Majestic Casino. They operated the Saturday morning childrens cinema club from January 1964 until the Cinematograph License expired. The Christie organ was restored in 1973, and was played on the Friday evening bingo sessions for many years. In 1984, organ concerts were held with noted organists Phil Kelsall and Doreen Chadwick featured players. By then the bingo club was operated by a local bingo club Birmingham based bingo club operator Jarglen Ltd. In 1999, it became part of the Gala Bingo Club chain, and they closed the building on 31st March 2000.
Click to expand...

Another from the archives. Visited with @WhoDaresWins and Callum who has been inactive for so long his account has gone.

After a long day looking at a few bits around Birmingham, and failing at every single one, we were getting a bit low on morale. This was a back up that we had mentioned we'd look at if we had time, but it turned out to be the only fruitful poke of the day. Getting in was fairly straight forward, albeit a bit obvious to neighbouring properties but that just makes it more interesting. We had been told about a rather loud alarm that supposedly tells the entirety of Cradley Heath that you're in there, so the first few minutes were spent trying to locate that one bastard PIR. After spotting it, we knew where we had to stay clear of and we were away!

The auditorium was still full of cycle parts from the local manufacturer Hawk Cycles who had used it for storage, but looking at the state of things had long gone bust. Situated directly in front of the stage was an old Christie organ, which was pretty cool. More Speed's area of expertise than my own, but was certainly able to appreciate it. For some reason, I didn't take any photos at ground level in the auditorium... doh. It looked very pretty though

Sun was setting as we left, so naturally the next focus was our stomachs and indeed the nearest fast food outlet 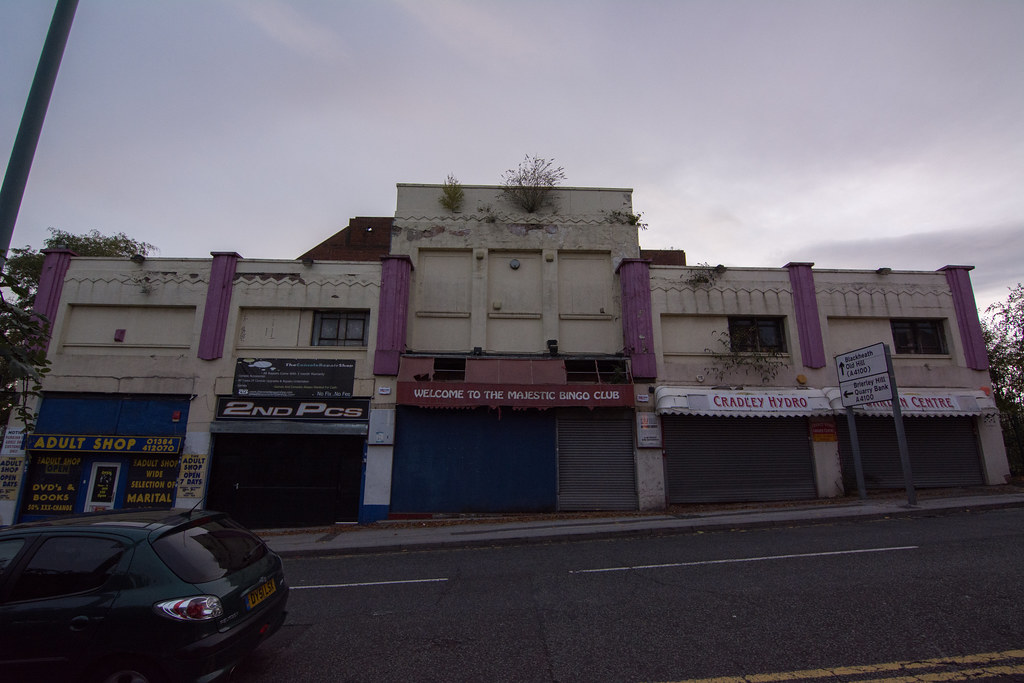 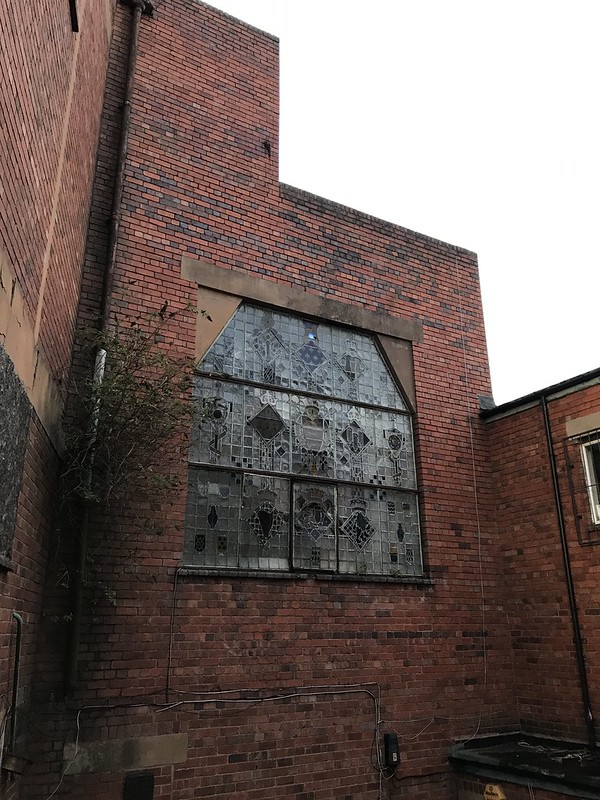 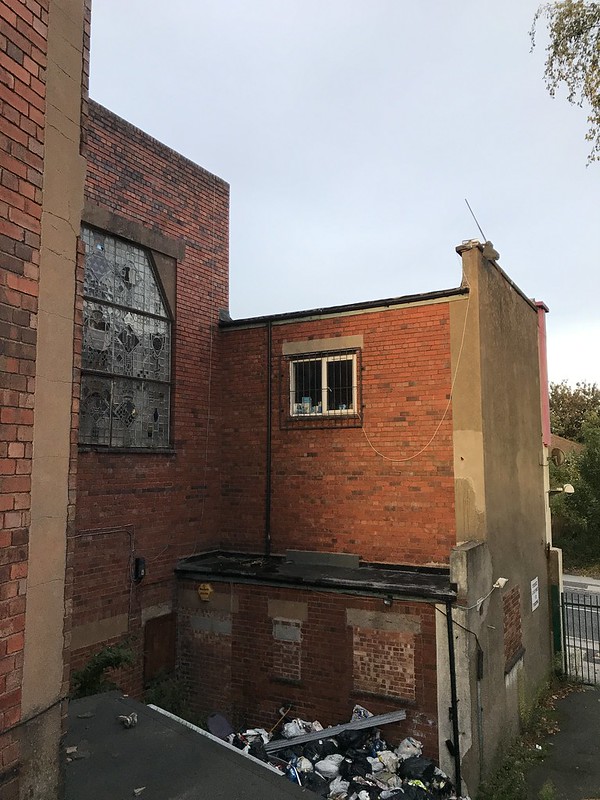 PIReallyannoying is just out of shot here: 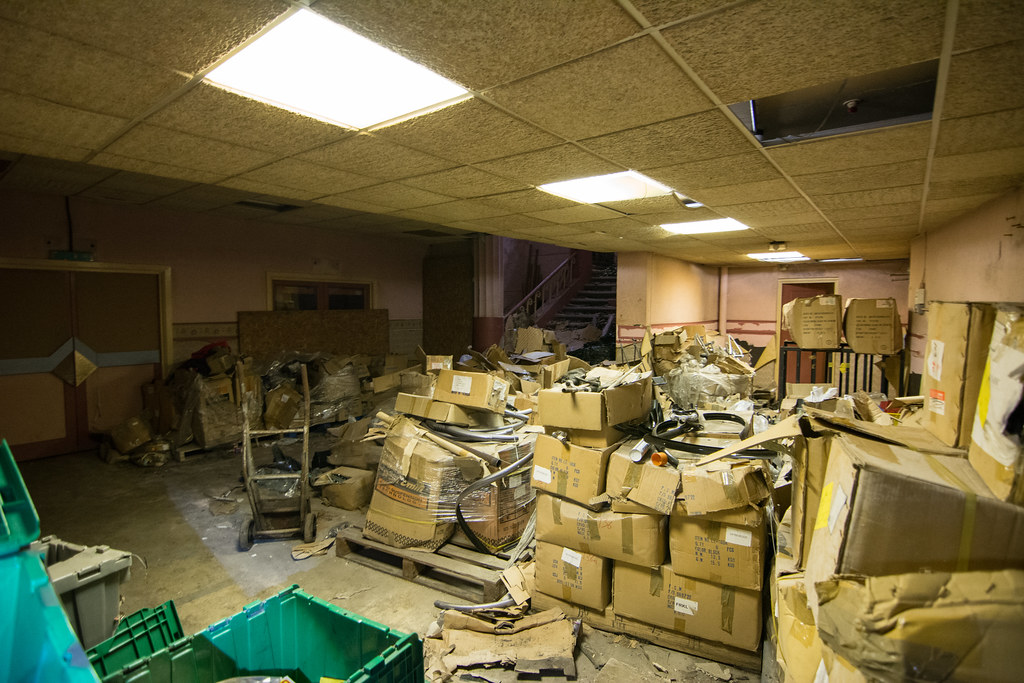 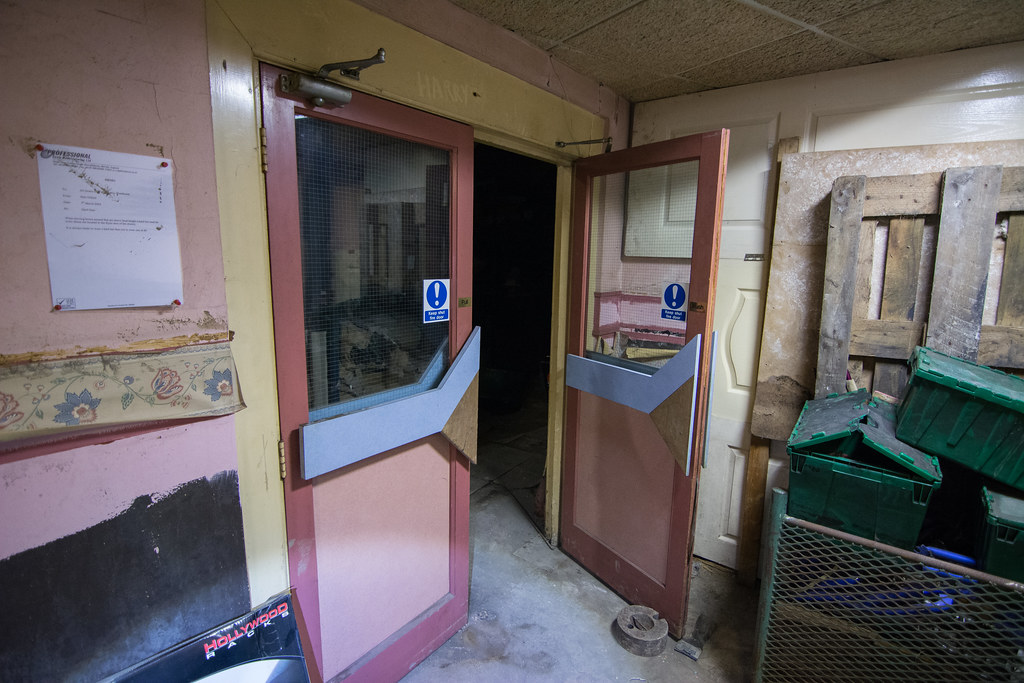 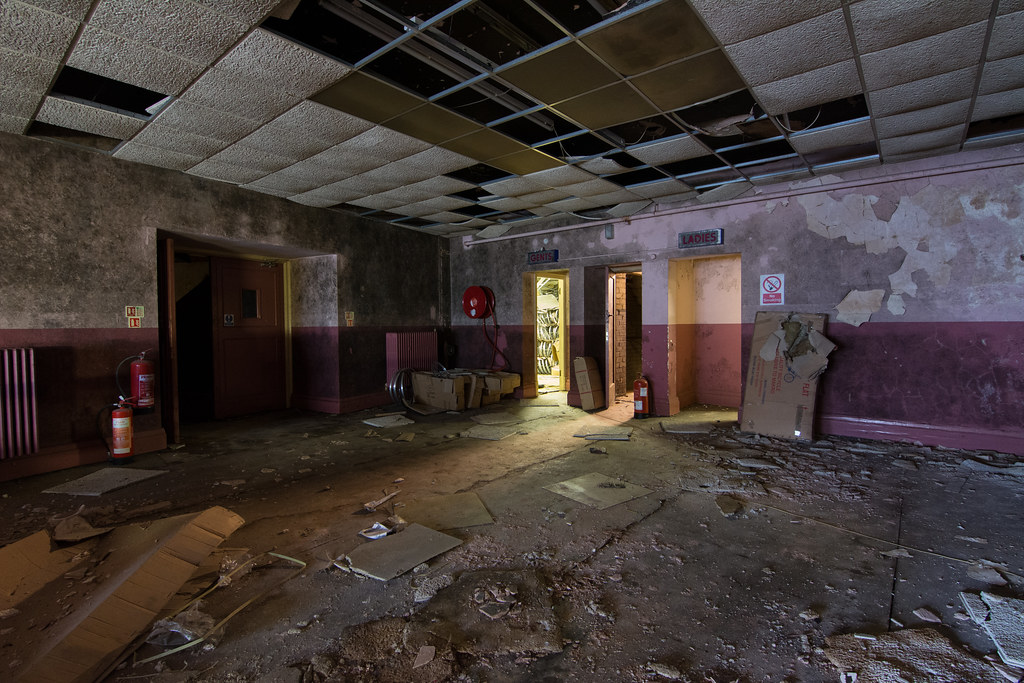 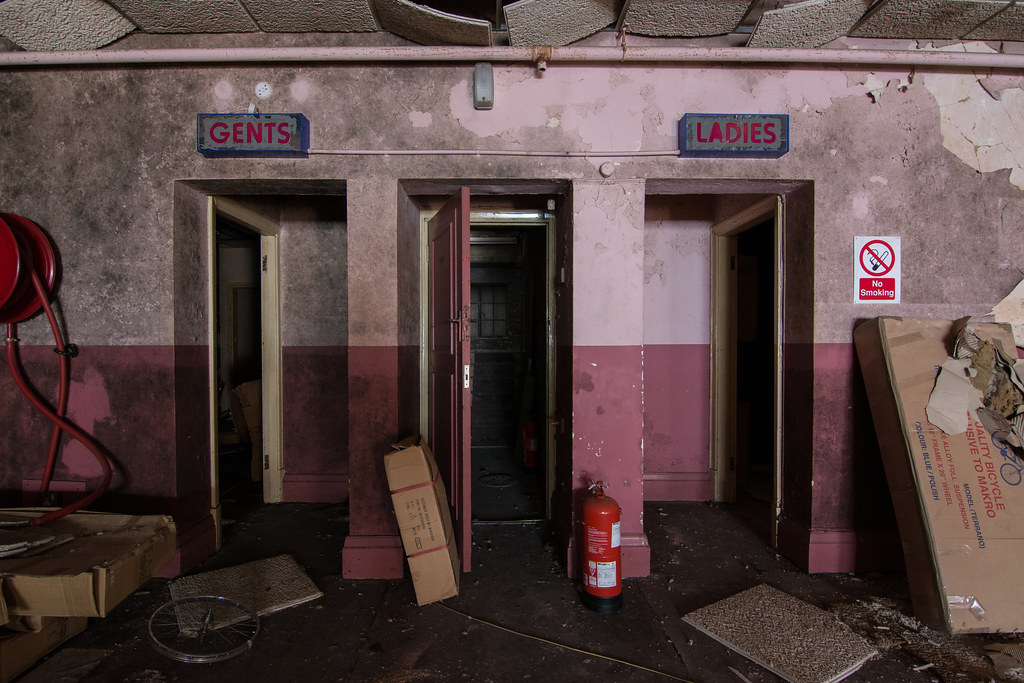 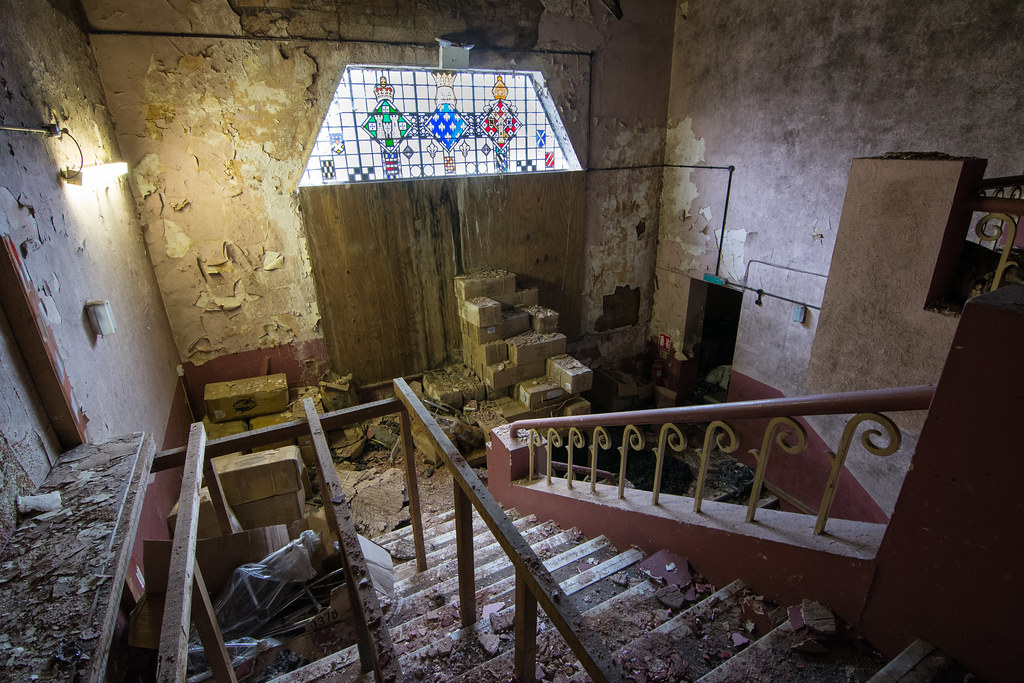 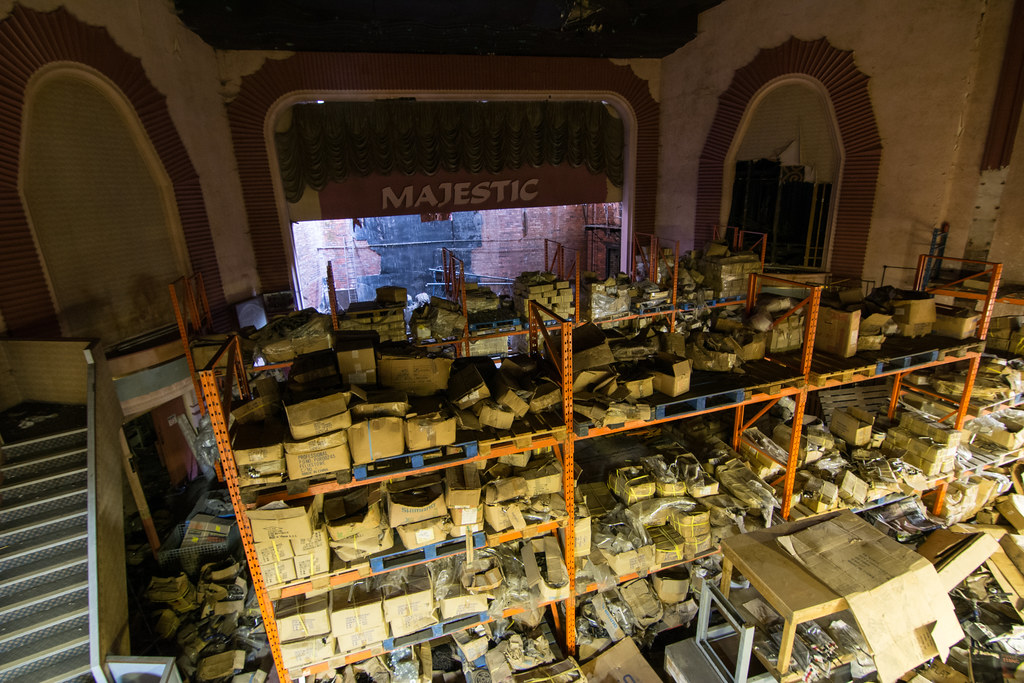 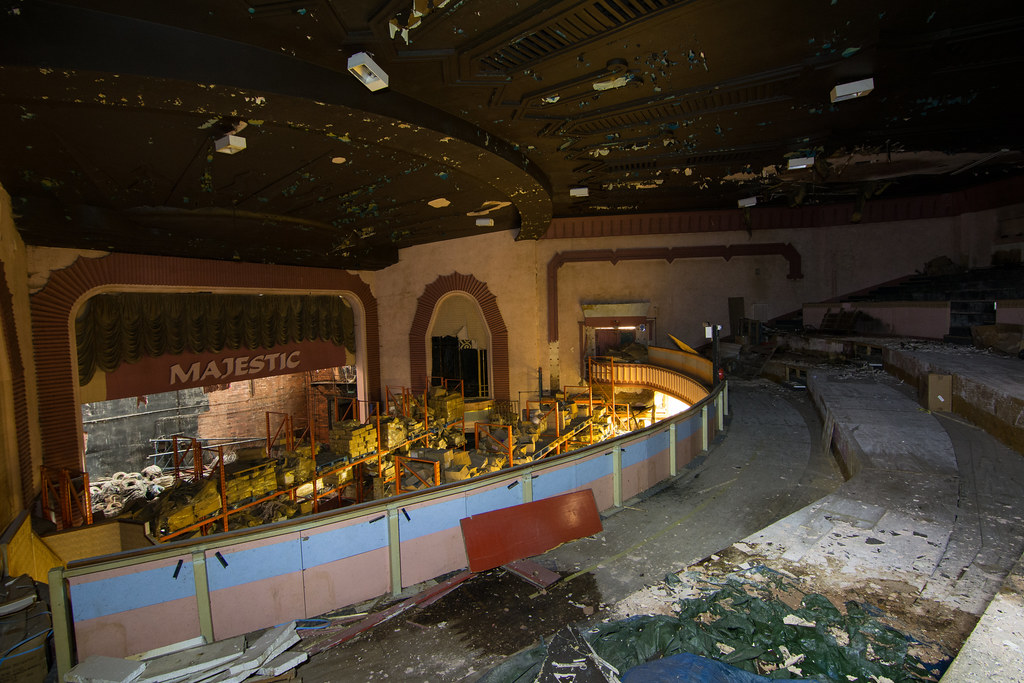 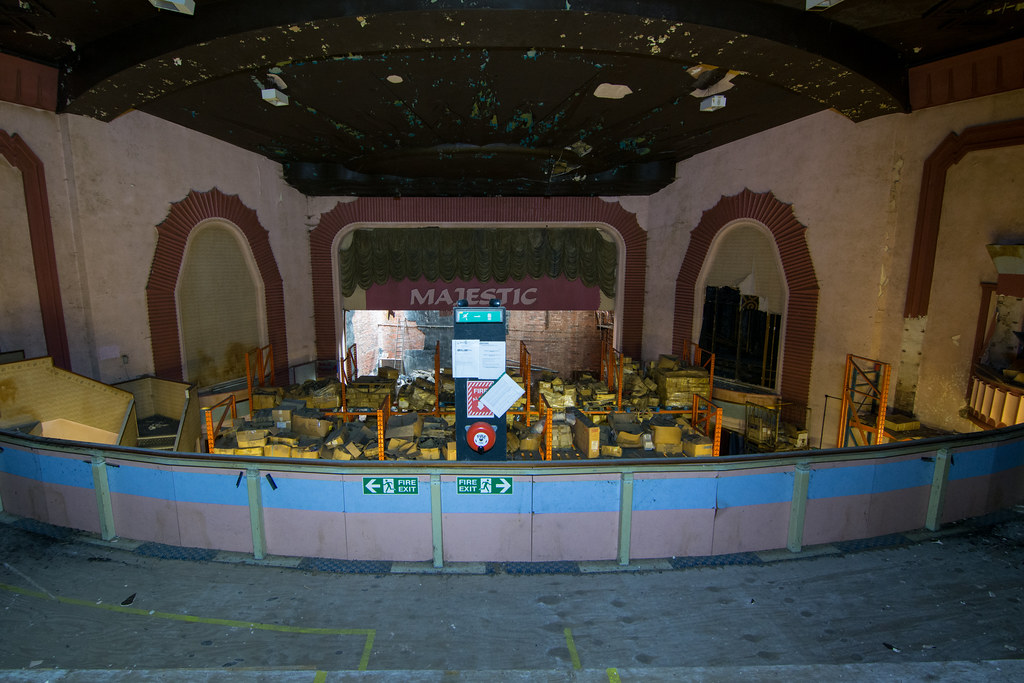 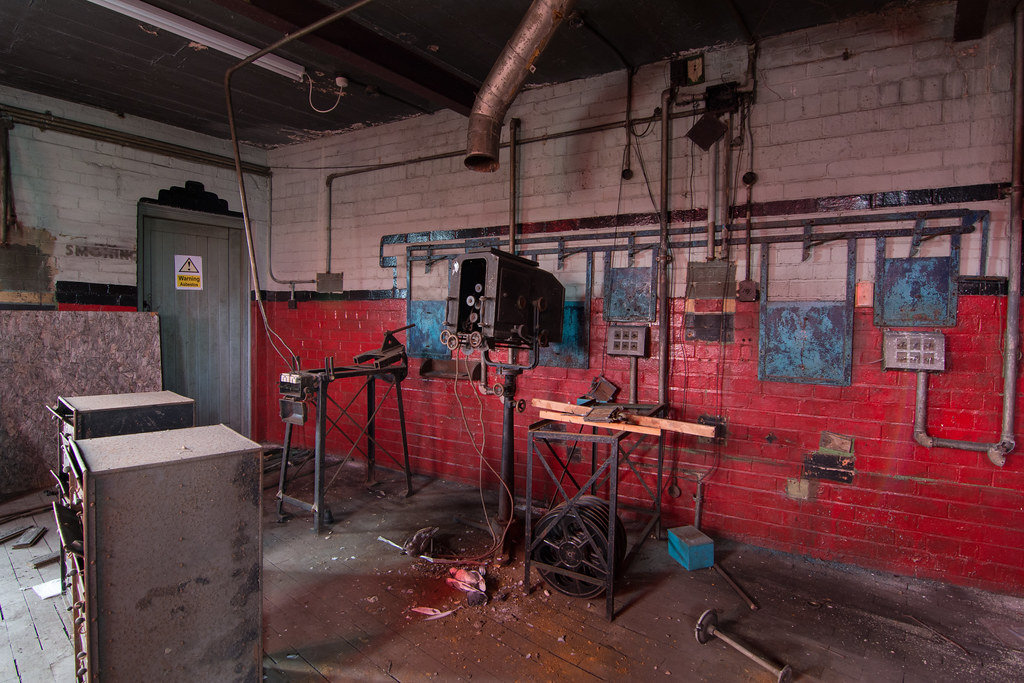 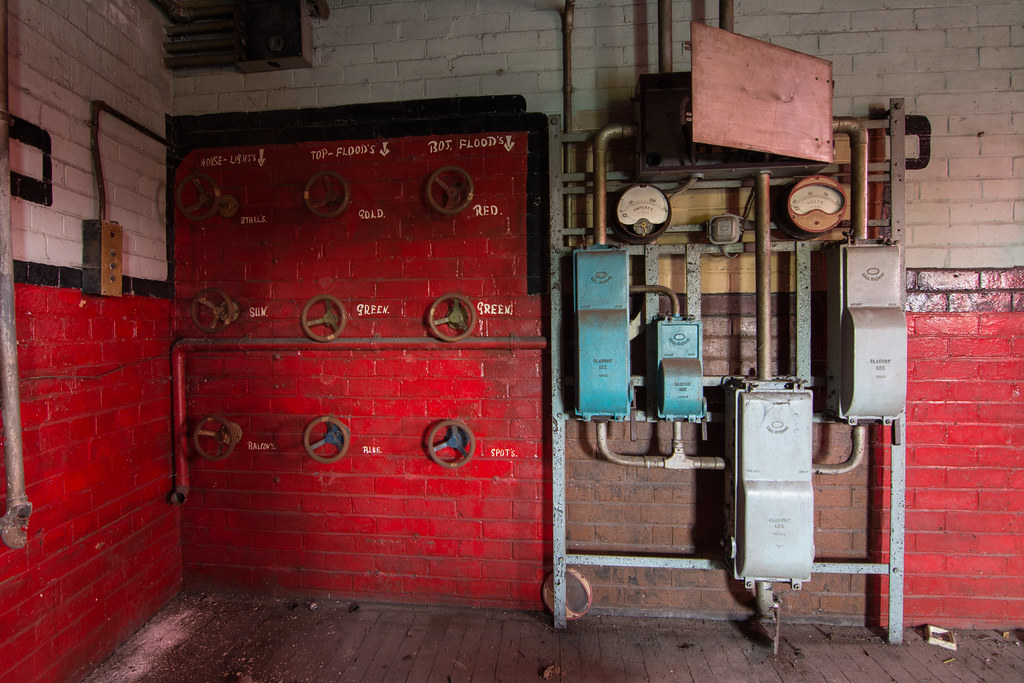 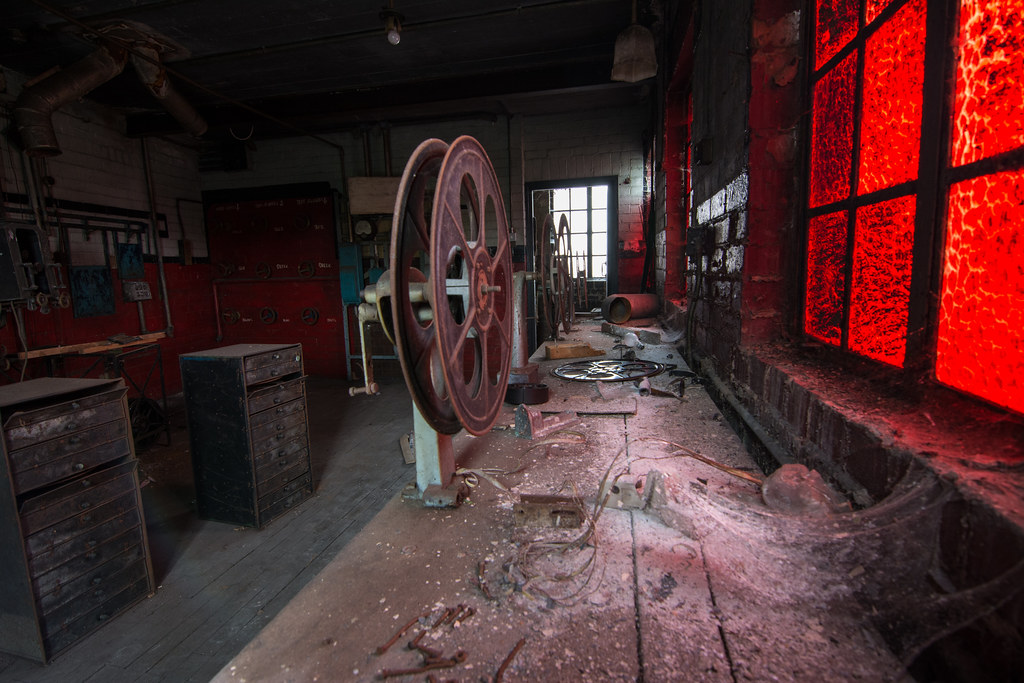 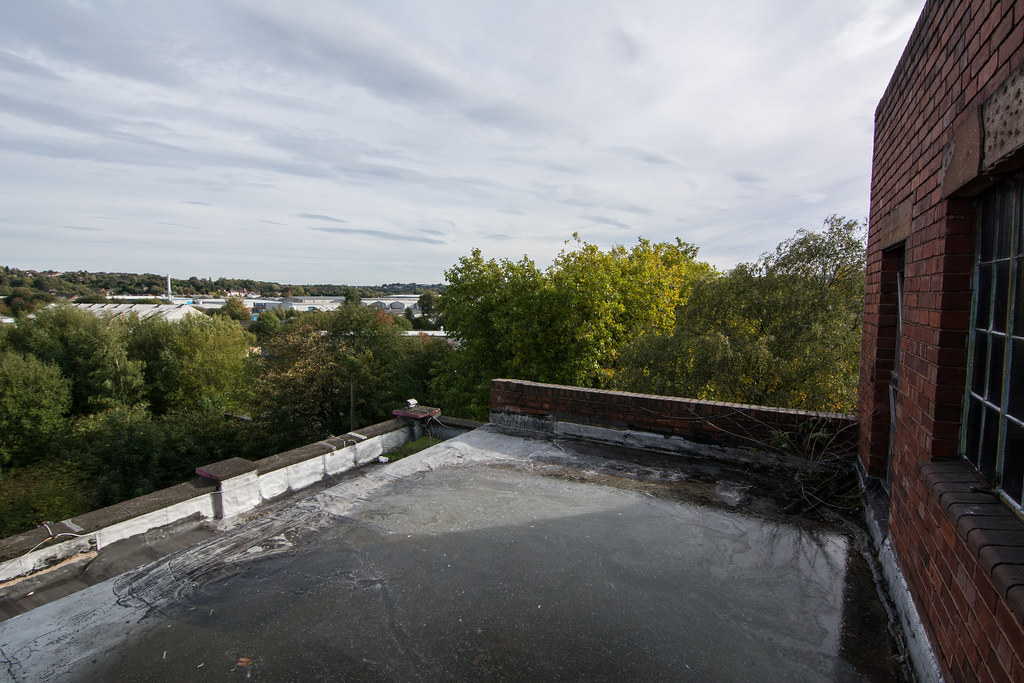 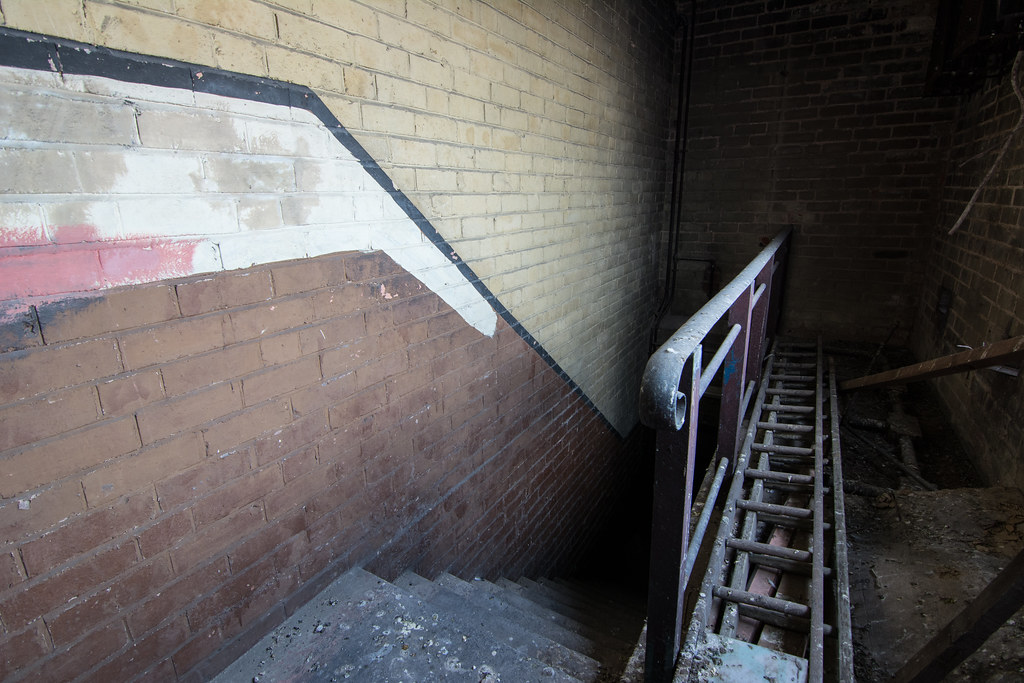 And a few random ones from the basement: 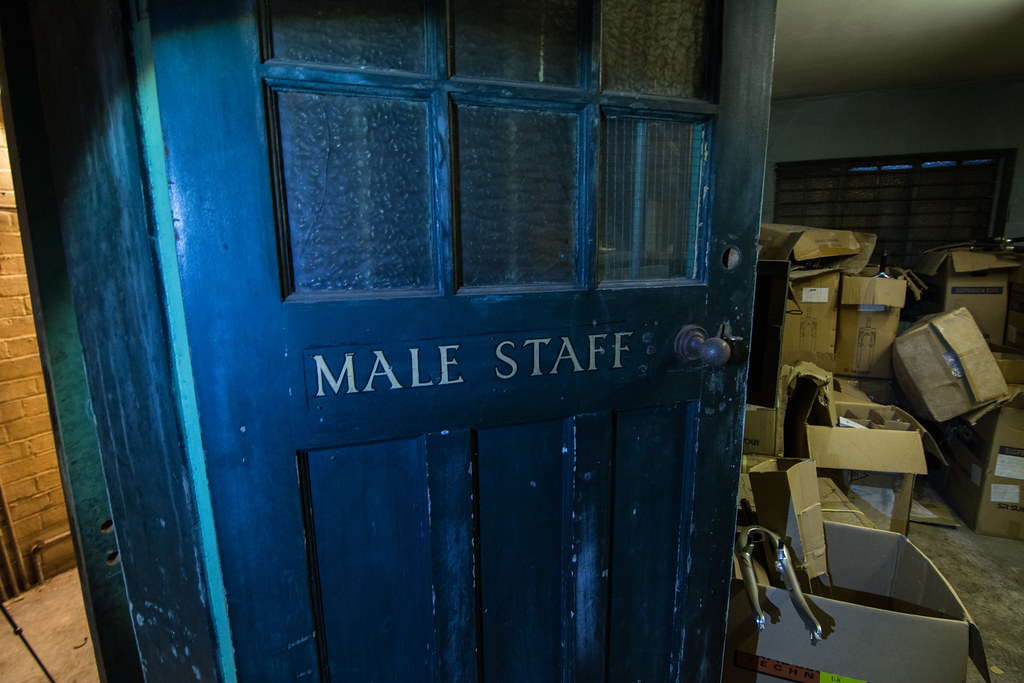 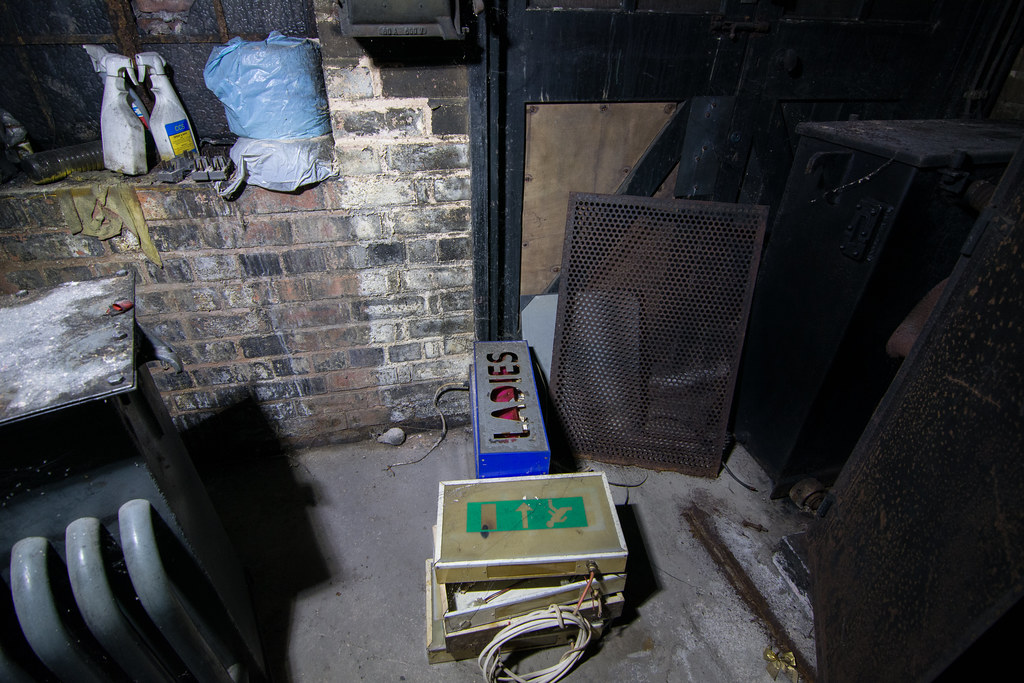 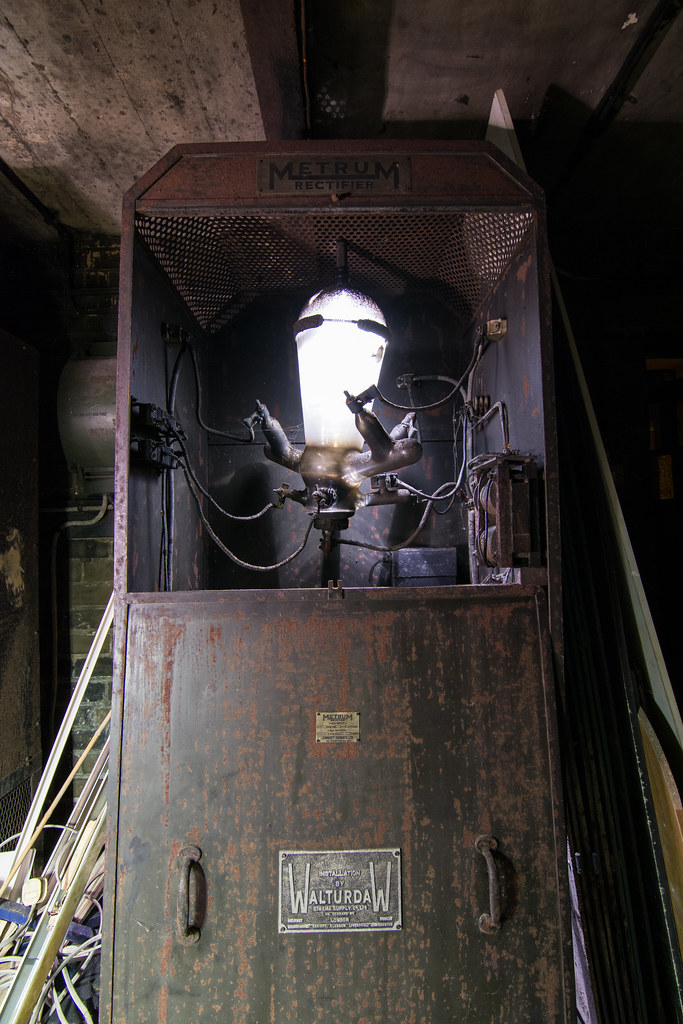 Regular User
Rather nice window on the stairs, Heraldic images are interesting, some say the colours depict the meaning, whilst others say the image. Anyway nice what ever the case may be. Nice to see that first window, maybe original from 1933. Projector room pretty cool, who doesn't like those. What is in all those boxes, if valuable why are they there?

Banned
As I said in a similar post - this is quite local to me and I`d love to have good browse myself. Interesting place.
A

28DL Member
Went in here 2 days ago , massive alarm , couldn’t get to the places you went so unsatisfactory at the minute need to go back !!! Let me know how you got in

MadStream said:
Don't know if there's still access but ive seen people clearing the grounds like trees everywhere etc i did manage to get into one of the shops though but pretty boring as the stairs were gone so i went straight outta there
Click to expand...

Thanks for the update pal. Maybe they're going to start working on the site?
Blurred Boundaries - 'busting Bristol wide open' - Louise 2012
SERVE CHILLED, LIKE SOMERSET
"I just have you saved in my phone as Mail Rail guy"​

Seffy said:
Thanks for the update pal. Maybe they're going to start working on the site?
Click to expand...