Regular User
The Royal High School was completed in 1829, designed by Thomas Hamilton in Greek Revival architecture. The building is considered to be of high architectural importance internationally.

It was purpose built as a high school, and was used as such until 1968 when it was vacated and then refurbished for use as the new Scottish parliament by the Scottish Office. The School's Great Hall was converted to a debating chamber prior to the failed 1979 devolution referendum. In 1994 Edinburgh City Council reacquired the complex from the Scottish Office for £1.75m.

After the success of the 1997 referendum, Donald Dewar, the secretary of state of Scotland accepted an alternative proposal of building a new parliament building in Holyrood, rather than use the Old High School buildings as it was deemed that they lacked sufficient office space and facilities and also that it would be difficult to secure under a potential terrorist attack.

In more recent years, a proposal for the conversion of the high school buildings into a luxury hotel was put forward and subsequently rejected as the potential plans seemed to be inconsiderate of the buildings original image, along with other issues.
As of now, the building is owned by the developers and is sat collecting dust.

Our Visit -
After a long drive throughout most of the night, we pulled up outside, and this was one of those 'oh shit!' moments as we saw the building that we wanted to access. After talking back and forth about potential alarms and our chances of getting caught, we decided to push on and do our best.

After some pissing around and backtracking, eventually we found our entry point, which was the biggest shit-hole i'd ever seen - What seemed like a huge family of pigeons had moved in, which of course meant mountains of shit, birds flapping in faces, landing on heads, disgustingly dirty air, and a lot of fucking skeletons.
In the end it was worth it, because we got to see something totally different. 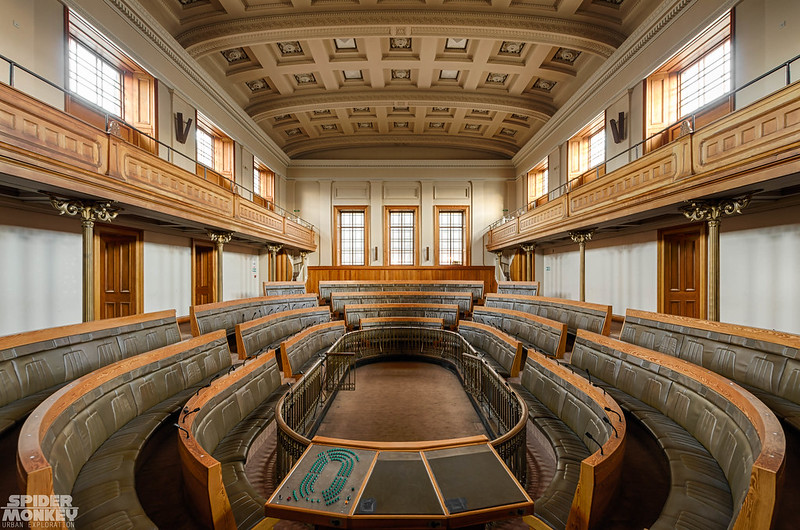 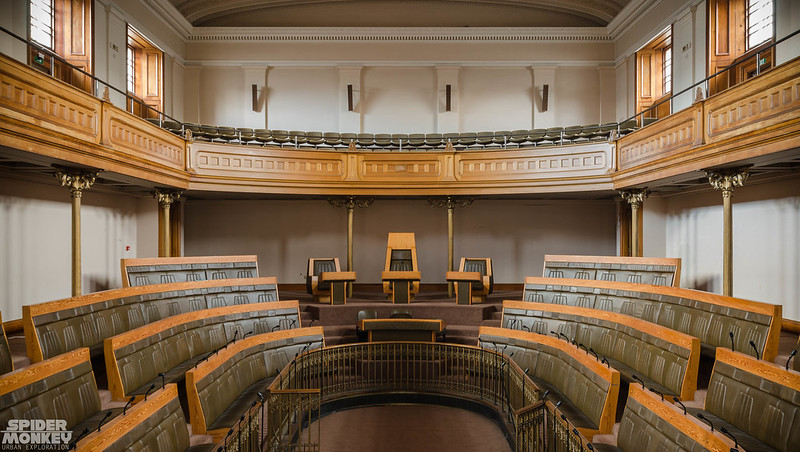 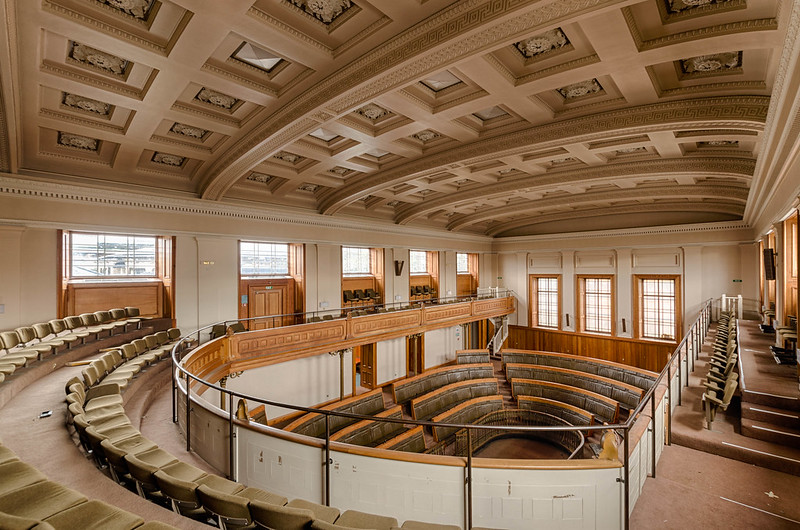 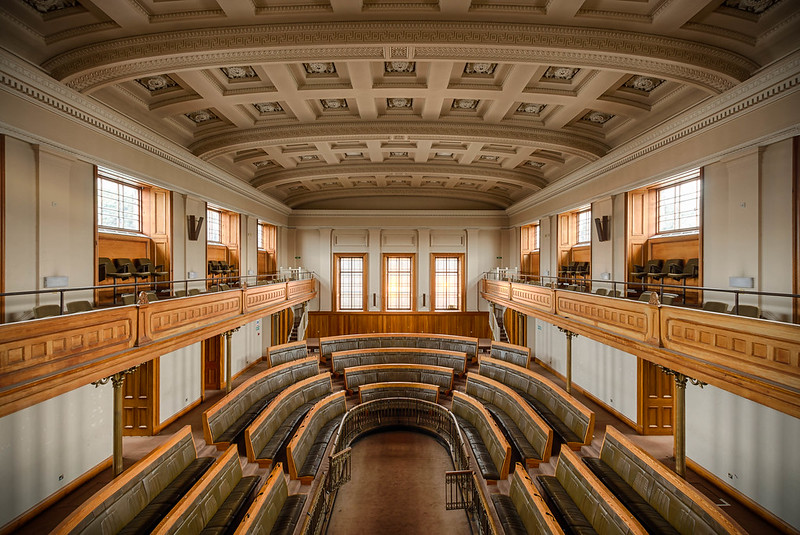 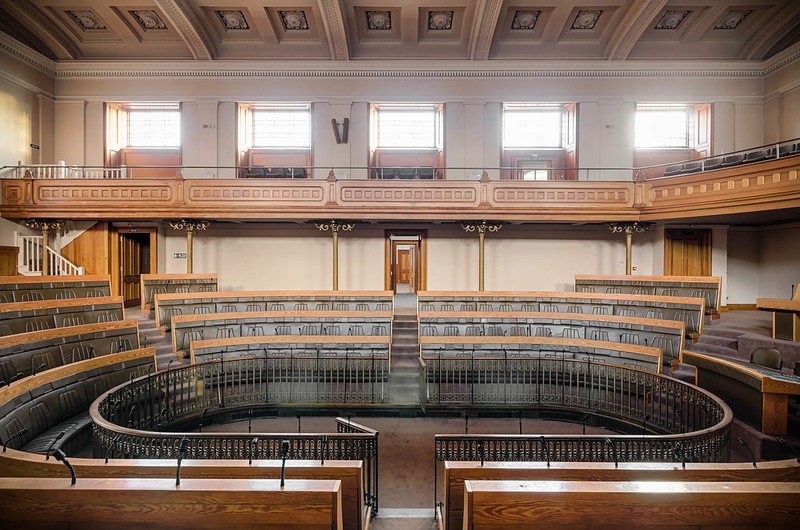 Side rooms and offices - 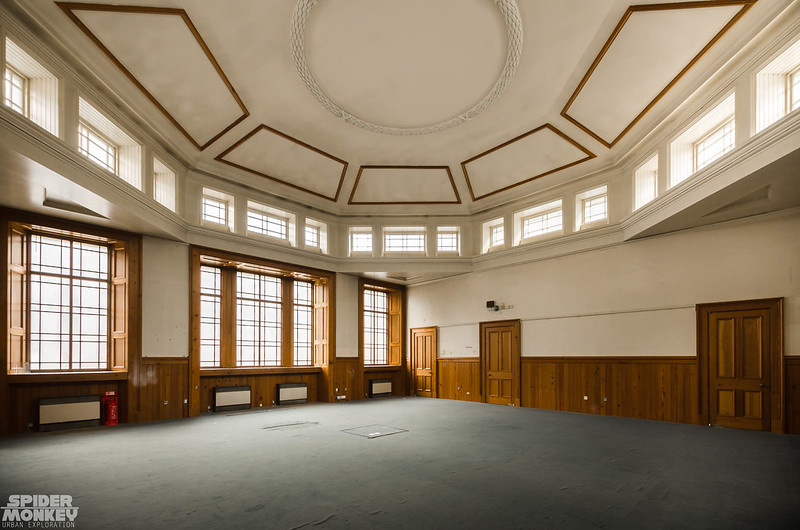 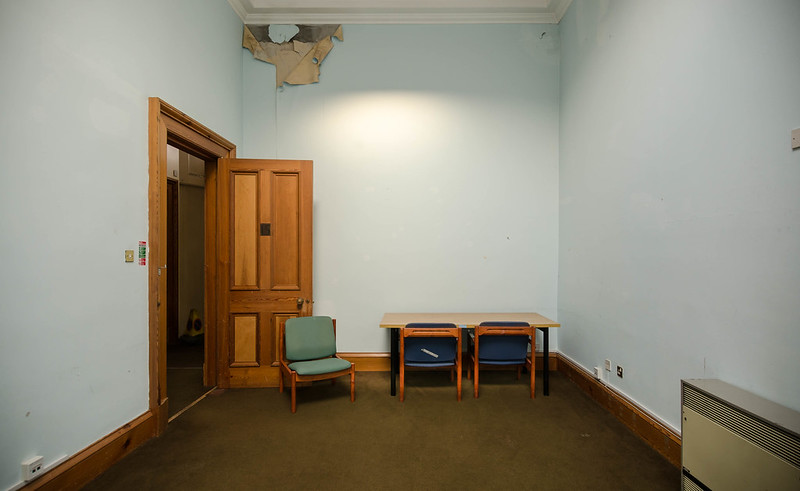 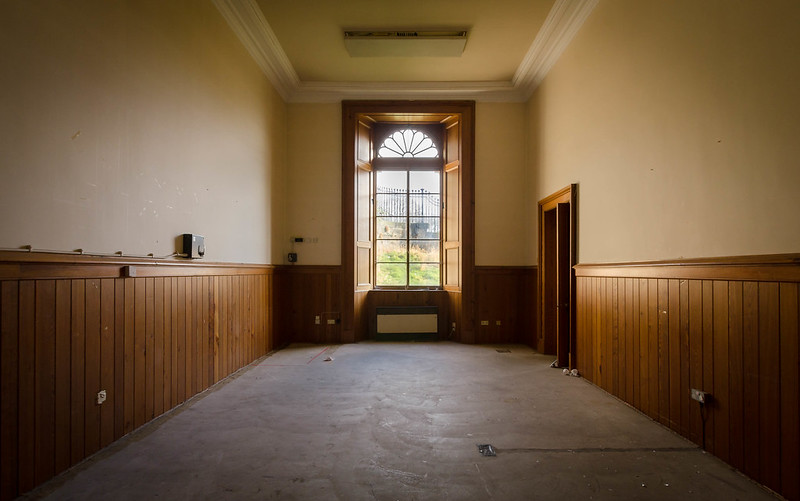 Afterwards, ciggy on the roof before heading off 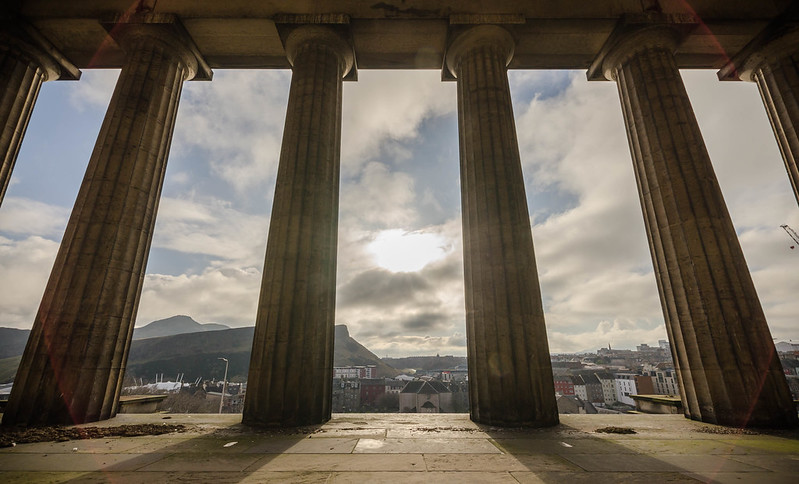 There isn't a great deal to see in here to be honest, the building looks a lot bigger from the front compared what is offered inside, but all worth it for that debating room in my opinion.

Staff member
Moderator
That entry was disgusting! But so worth it :) Cracking pics Mr Monkey
My Website -> Behind Closed Doors

Regular User
Absolutely superb.
I'm not from Birmingham.
I don't know where 'Hunters House' is.​

28DL Full Member
Bit different but brilliant! Cracking pictures, I really like that last one!
Really good find that