As this is currently being spunked all over Facebook and Instagram albeit with some horrendous HDR editing and both by explorers and members of the NHS staff posing as explorers,
I thought it was about time I posted my report up.

Papworth Hospital was founded at Papworth Everard in 1918 as a sanatorium for the treatment of tuberculosis among discharged soldiers who had served in the First World War, following a campaign led by Elsbeth Dimsdale, and was initially known as the “Cambridgeshire Tuberculosis Colony”. The institution was initially under the direction of Dr (later Sir) Pendrill Varrier-Jones. From the 1950s, surgical facilities developed, beginning with thoracic (chest/lung) surgery and expanding to cardiac surgery. 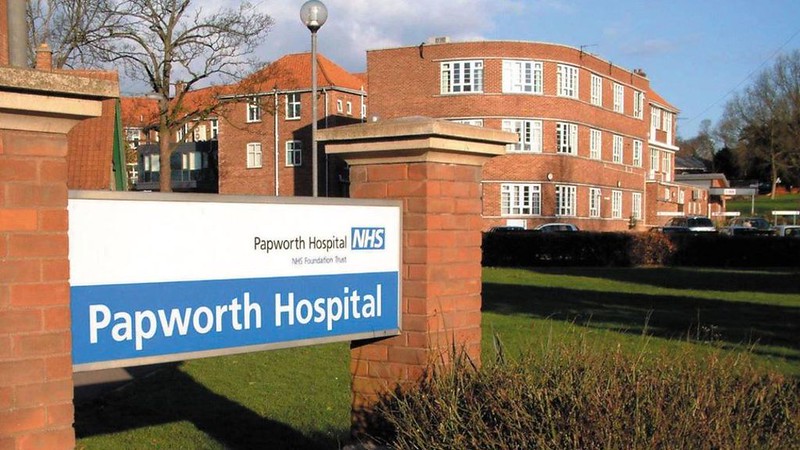 In August 1979, surgeon Terence English performed the first successful heart transplant in the UK at Papworth Hospital. The patient, Keith Castle, lived for over five years following his surgery.

In August 1994 a team of doctors carried out a revolutionary operation when 62-year-old Arthur Cornhill was given the world's first permanent battery-operated heart.

In December 2013 it was announced that the hospital would move to the Cambridge Biomedical Campus next to Addenbrooke's Hospital in Cambridge. Implementation of the scheme was temporarily delayed, following an intervention by HM Treasury, while the Trust investigated an alternative proposal of moving to the Peterborough City Hospital site, a concept to which there was considerable opposition given the financial problems at that hospital.

In May 2014, a new CT scanner was unveiled at the old hospital by its royal patron, the Duchess of Gloucester.

The new hospital was opened on the Cambridge Biomedical Campus in May 2019 and at the same time the original hospital was closed and slowly stripped.

I pass through Papworth Everard a few times a month and when I heard that it was finally due to shut after much speculation I decided to head over and have a look.

After a few trips over mainly due to some gimbert posting pics online saying it was closed when it wasn’t and he actually worked there, Papworth Hospital did eventually close and I made my way over there. Meeting up with @Seffy and @darbians to have a butchers.

They already had security on site and lorries were driving in and out removing stuff so we had to be a little careful not to get spotted.

We quickly became aware that people were inside the building and had a few very close calls.

One such close call being at the operating theatres, hence the lack of pictures. I guess it was the turn of the theatres to be cleared that day.

Over all its ok, not as nice as I expected, the art-deco outside makes you keen to see the inside, but it’s a little modern.

Give it a year and once it’s seen the amount of traffic places like Whitchurch get I’m sure it will be a little scruffier and a little more appealing.

Handy that there’s a burger van and a bus stop outside I guess …. 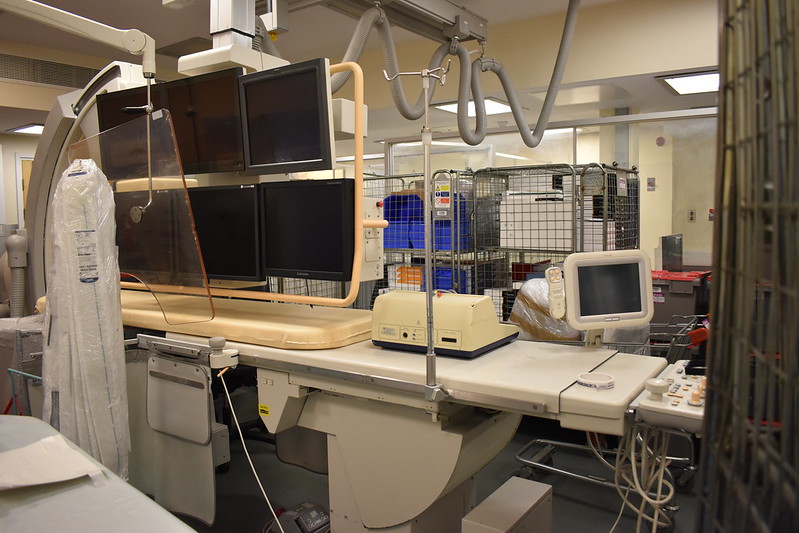 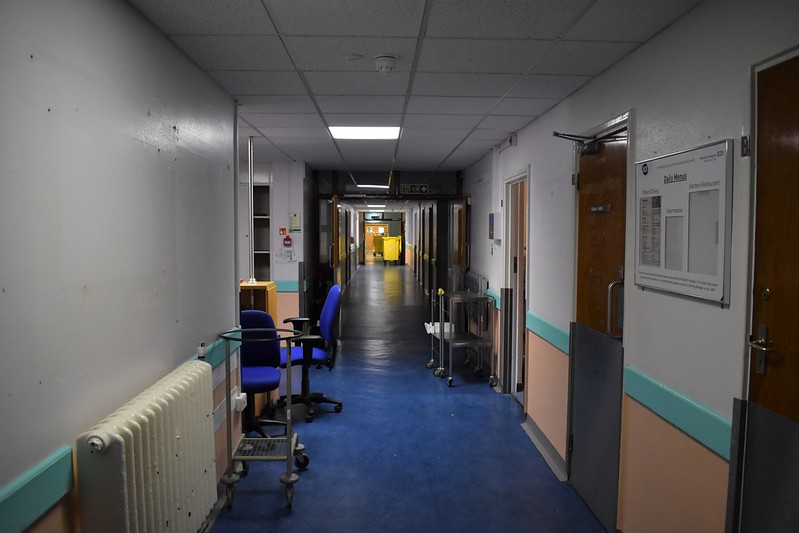 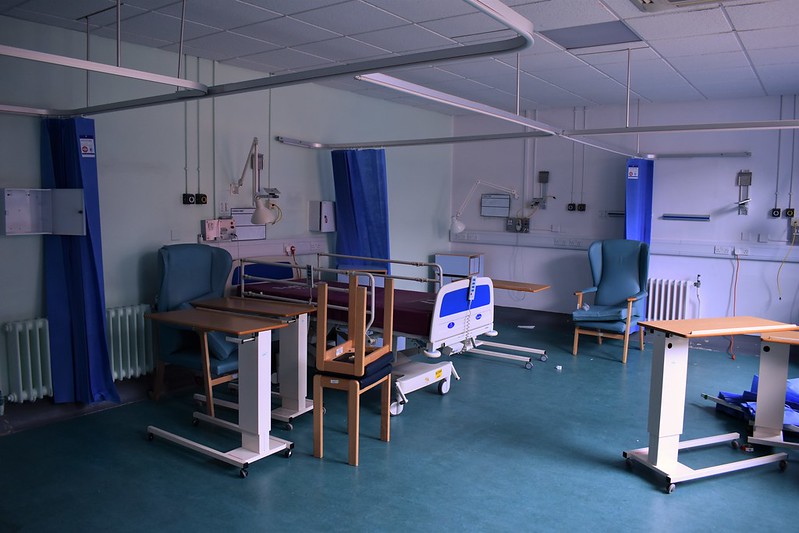 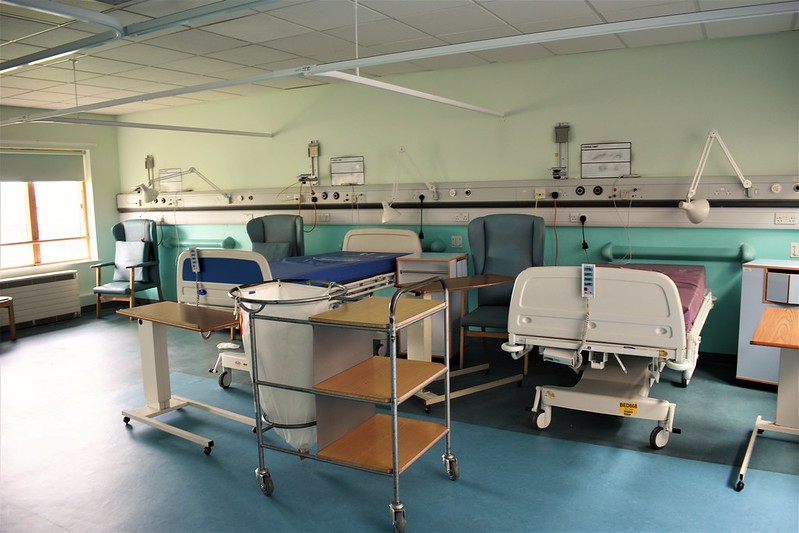 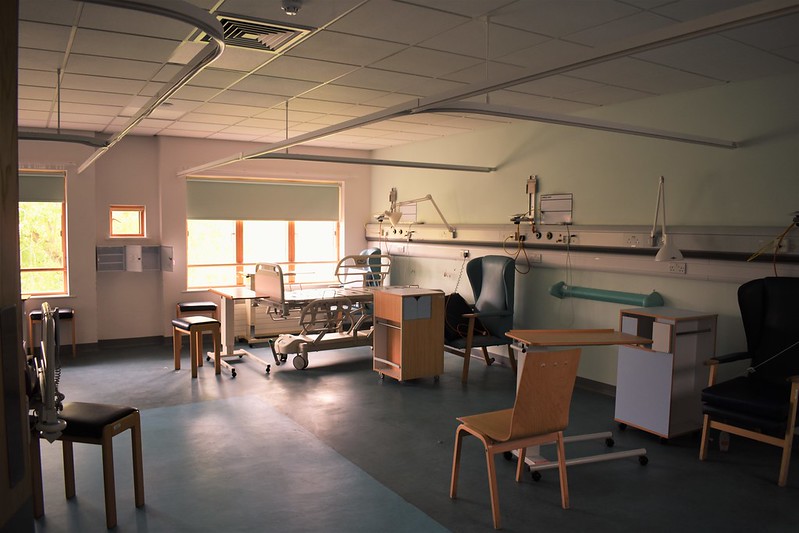 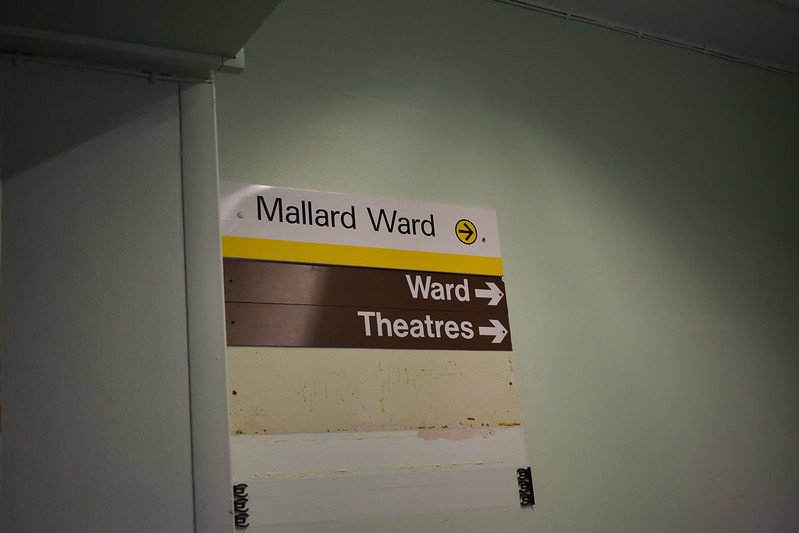 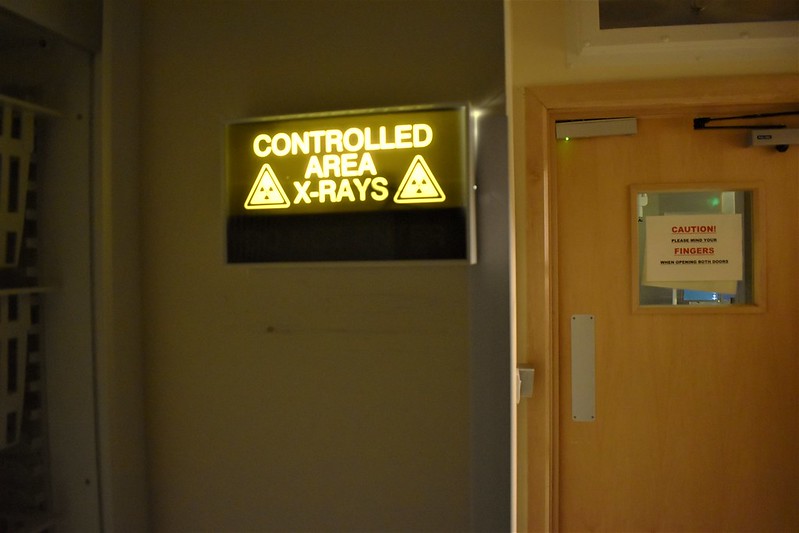 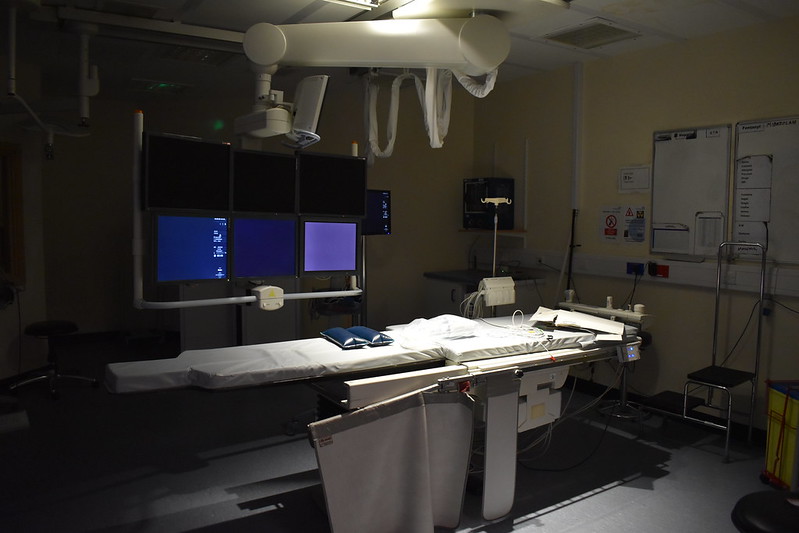 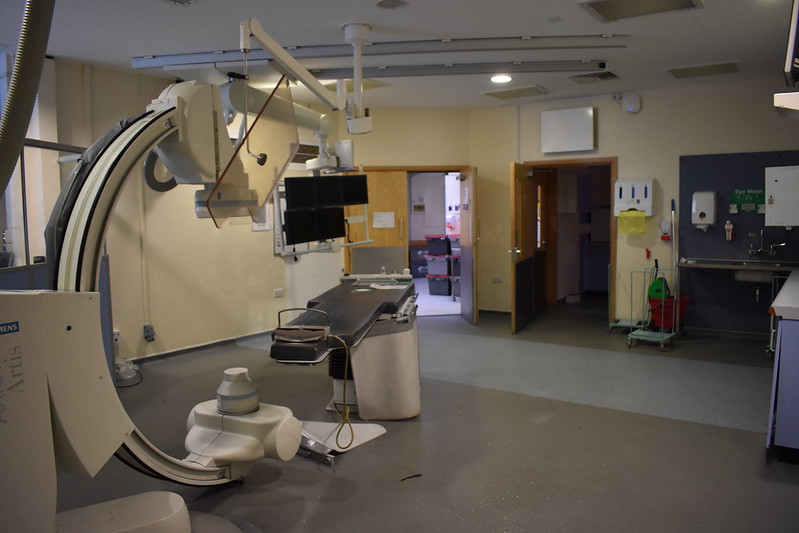 Oh Silly me I almost forgot something

Also known as the dead centre of the hospital.

So spunked all over facebook by "Dr" Ben Stevens lol Wannnnkkkeerrrr!!

This bellend not only photoshopped his pics to make it look older than it was, but he also claimed to be a Dr there lol lol lol

What a prize cunt! 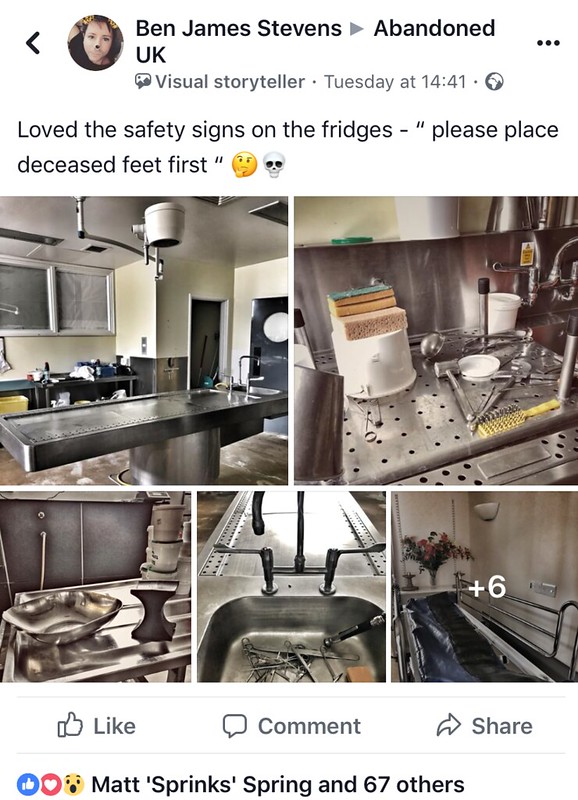 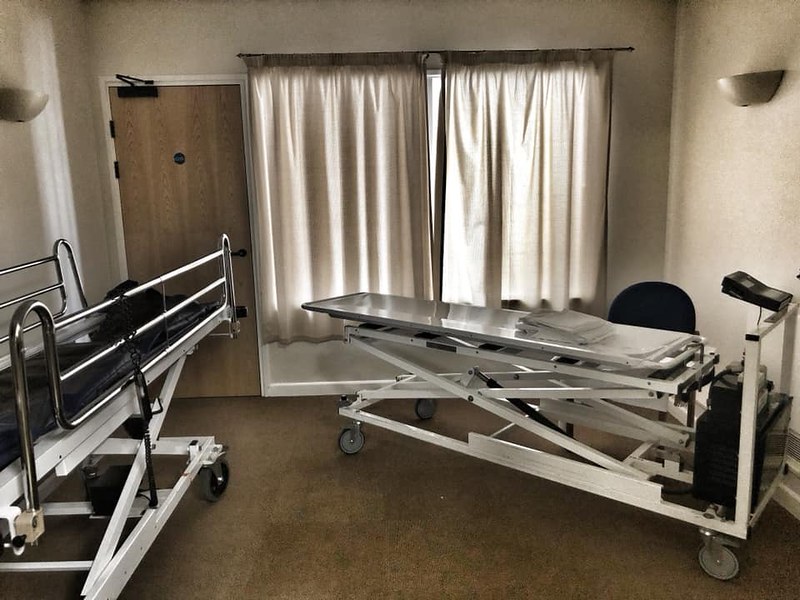 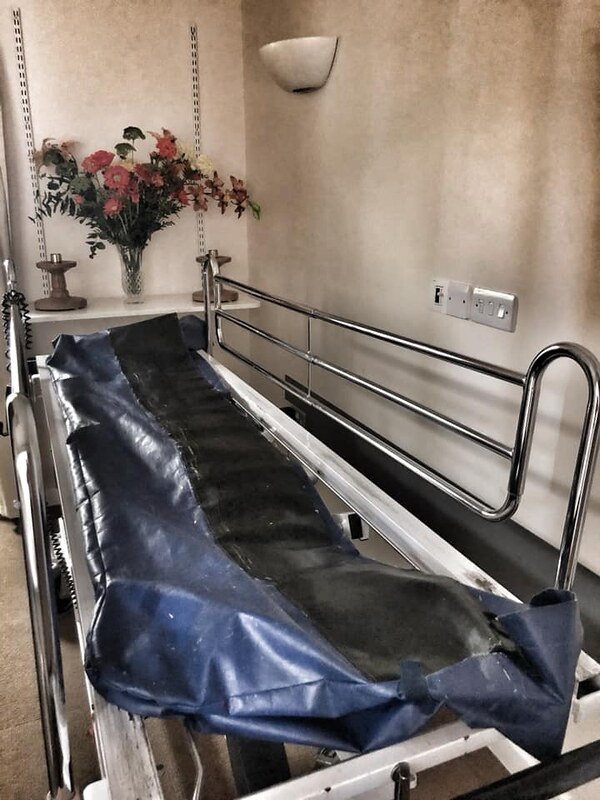 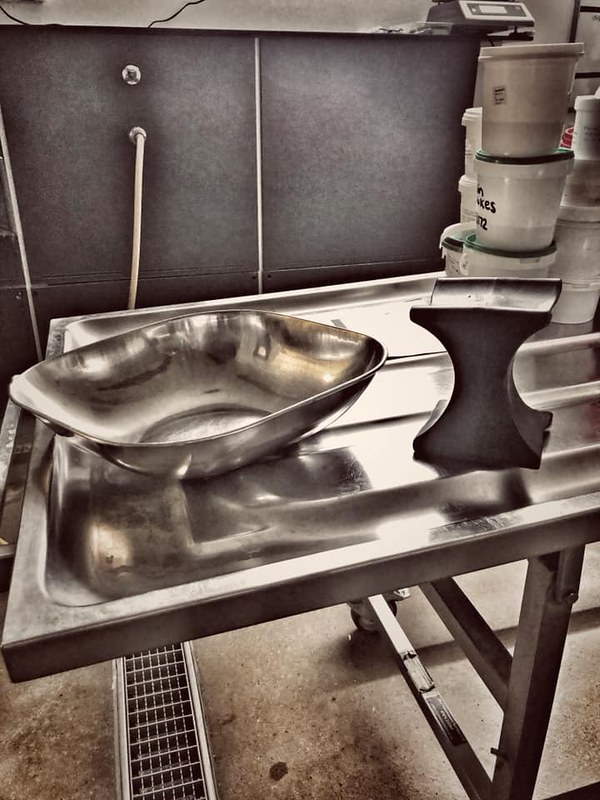 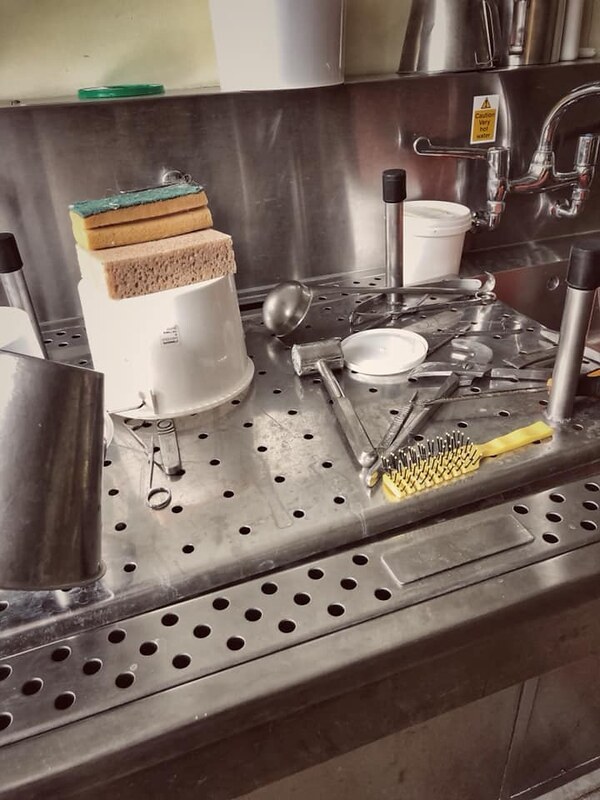 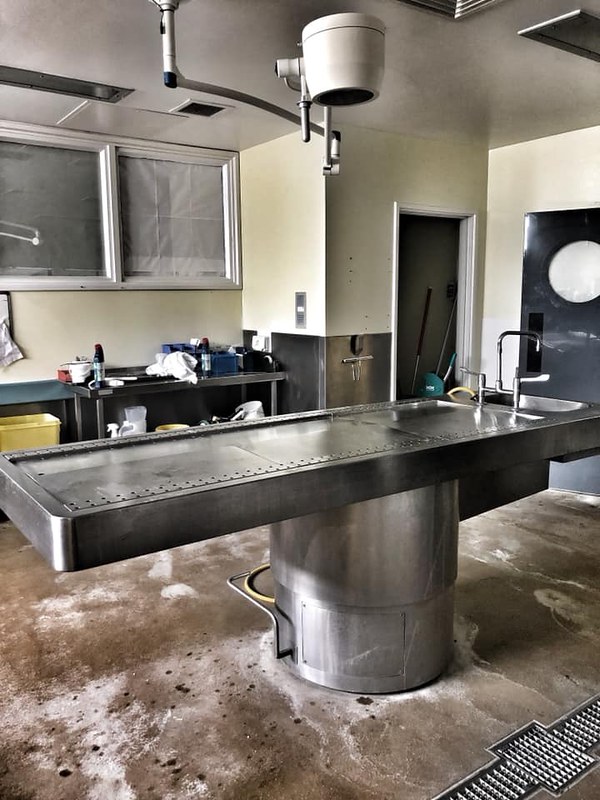 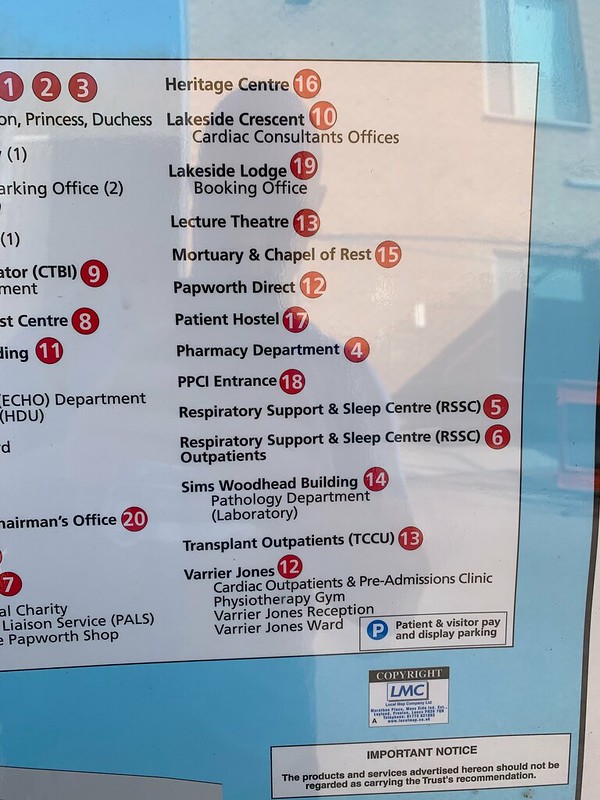 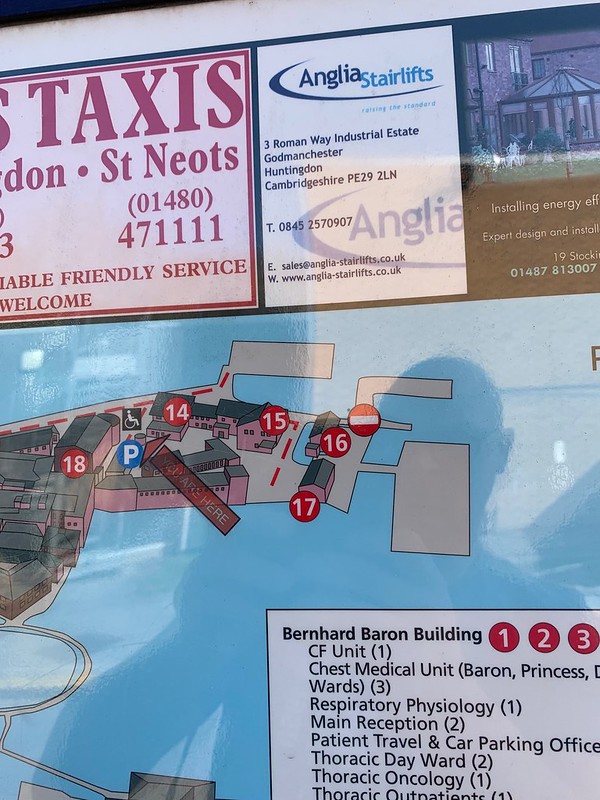 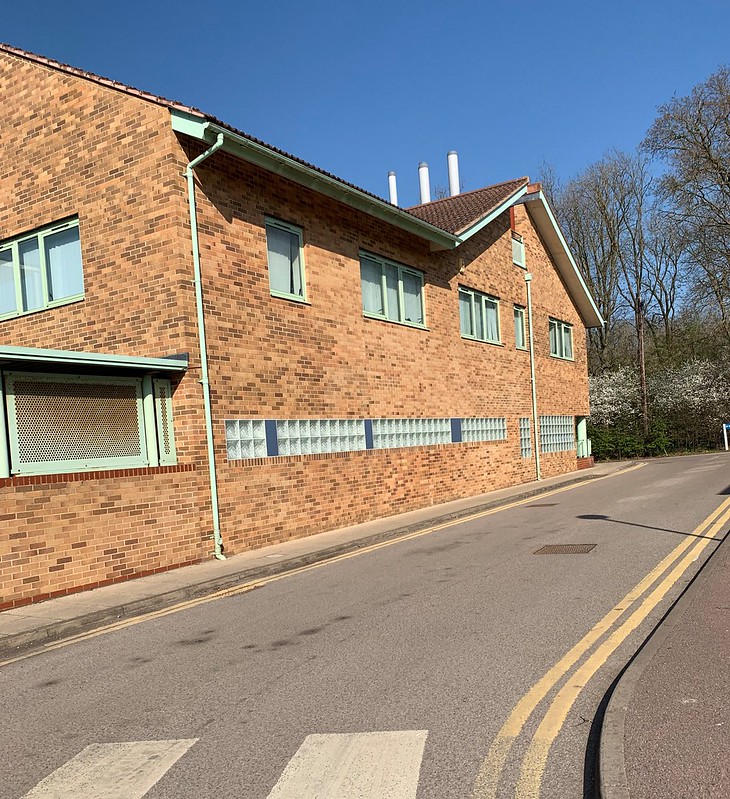 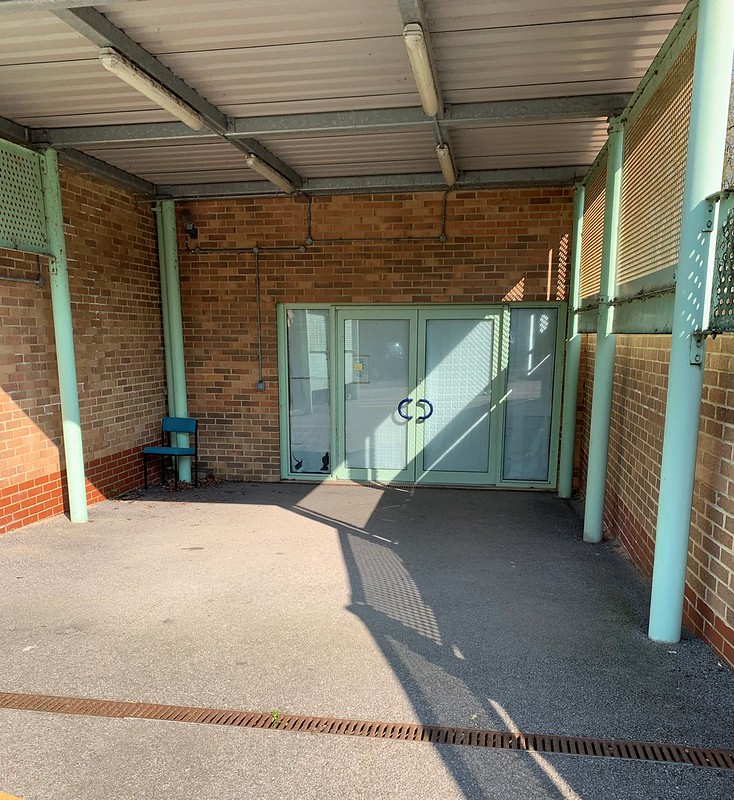 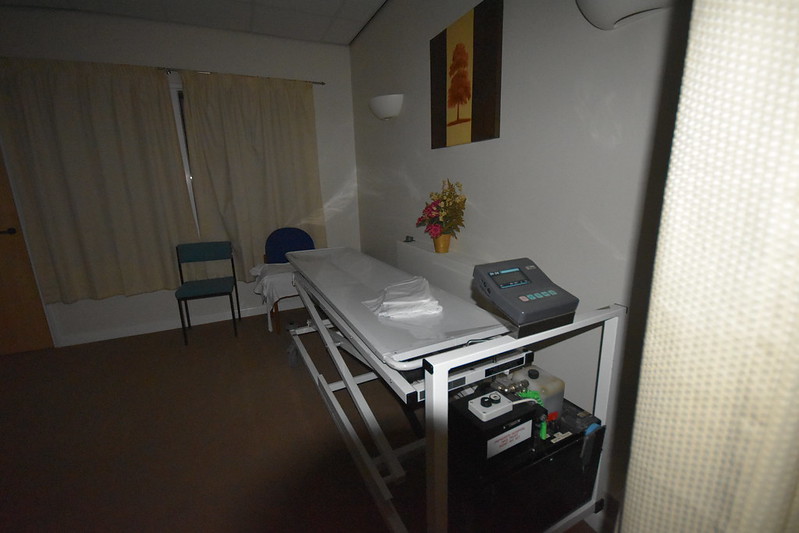 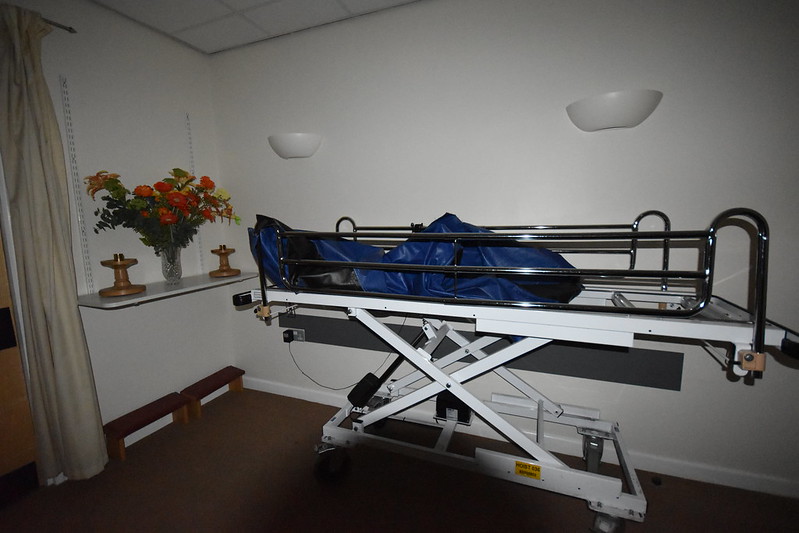 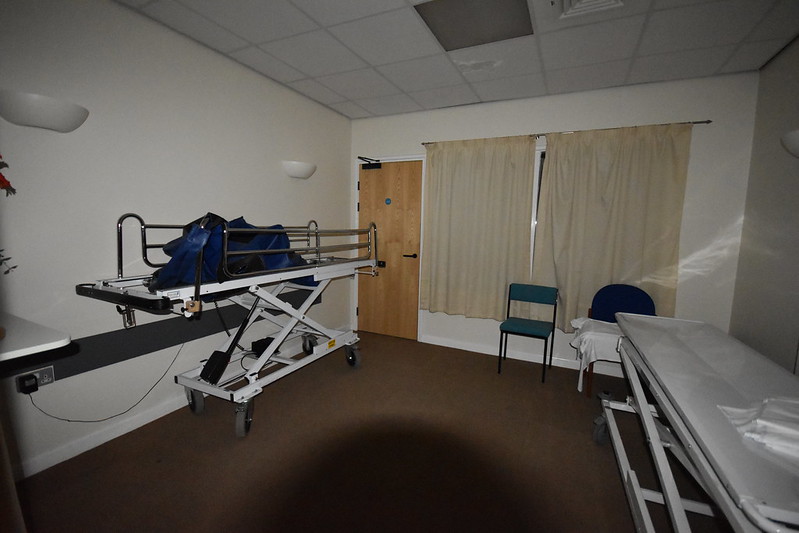 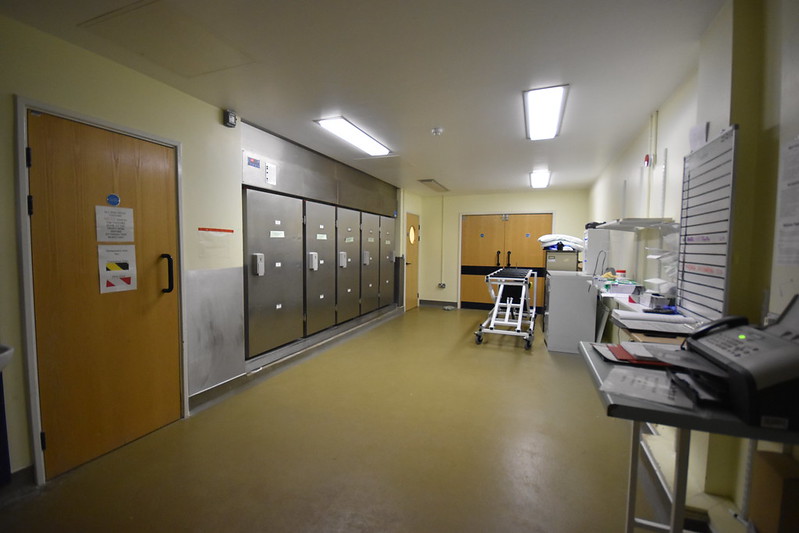 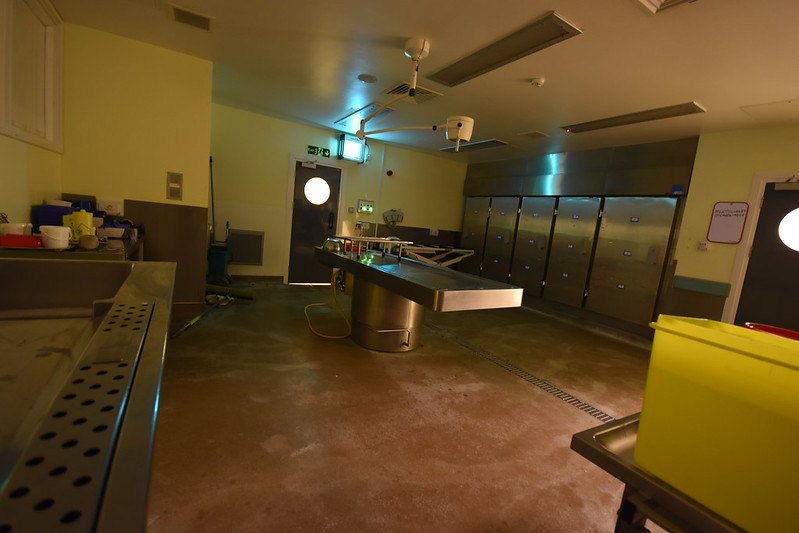 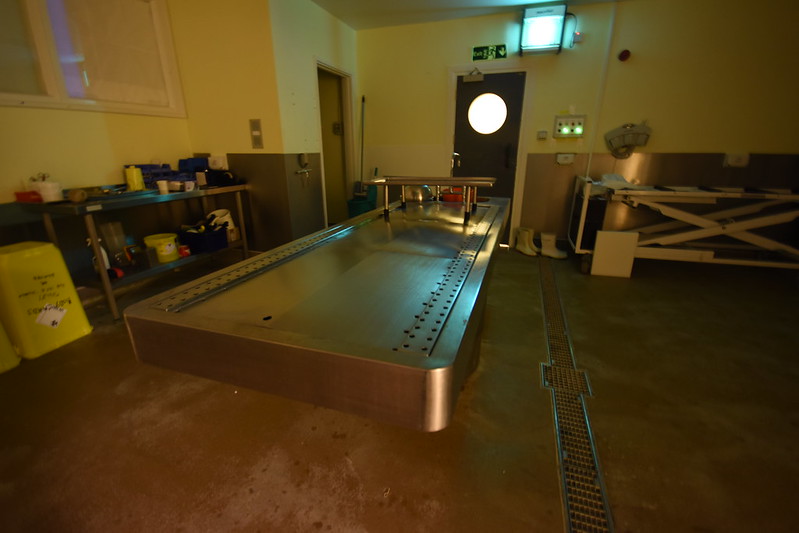 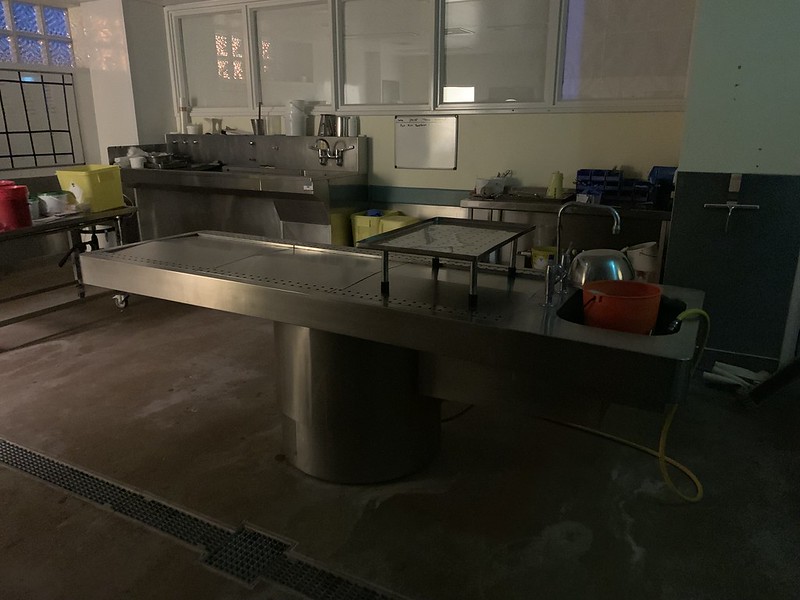 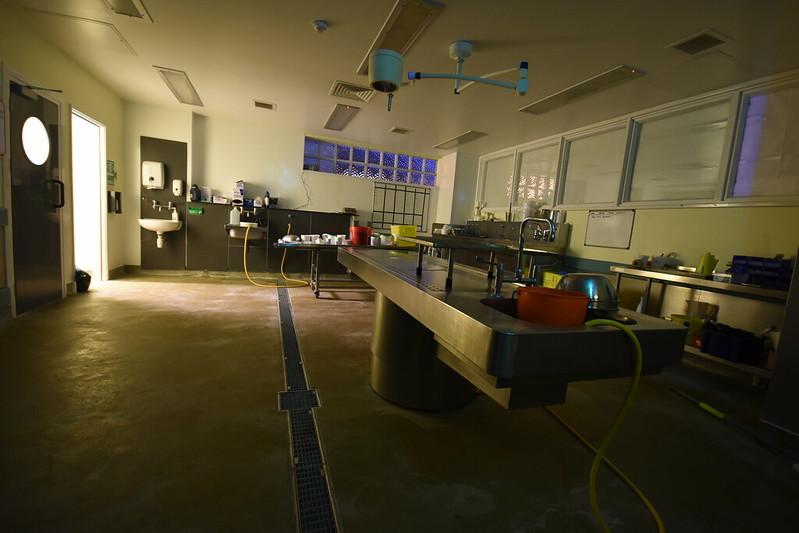 28DL Full Member
Nice one. The bag in the mortuary is a rather suspicious shape.
I think the art deco bit is the building at the front which we never got to see.
FB Page
Website/Blog
Flickr

Regular User
Nice work mate! Great to see some more of the place!