28DL Full Member
Tianwaitian was completed in 1919 during the Japanese colonial period, as a private theatre for Wu Luanqi - a prominent (and extremely wealthy) member of the local gentry. He was able to enjoy it for just 3 years until his death in 1922, after which, ownership passed to his son Wu Ziyu who opted to hire a Japanese architect to expand the theatre in the ‘Imperial Crown’ architectural style in fashion at the time, and open it to the general public - a project that was completed in 1936.

Tianwaitian mostly showcased theatrical and operatic performances (of which Ziyu was particularly fond), alongside motion pictures that were rising in popularity at the time as well as housing an exclusive poetic society (of which Ziyu himself was a member) that supposedly harboured a subtle anti-Japanese undercurrent, that manifested itself in the form a few mild middle finger gestures towards their colonists, one example of which is that during WW2, despite the regulations in place stipulating that roofs must be painted in such a fashion so as to not attract attention from allied bombers - Ziyu apparently decided to paint Tianwaitian’s bright Red in an act of modest subversion.

After the war it appears that Ziyu sold Tianwaitian in order to finance a project to reconstruct the bomb damaged ‘Mei Yashiki’ house in Taipei in which his acquaintance Sun Yat-Sen (the founding father of the Republic of China) had stayed previously, fashioning it into a memorial of sorts, and the new owner renamed the theatre to ‘The International Theatre’, and the focus changed to movies as interest in opera and traditional theatre waned. This lasted until 1974 when declining business forced it’s closure, possibly in part due to the rise of home media consumption.

The theatre has since been used as refrigerated seafood storage, a pigeon loft, a car park - and, when I visited, nothing really much at all. The site hasn’t yet to be designated as ‘protected’ by the government, and the current owner wants to demolish it in the hopes of being able to sell the land for development. As you can see from the photos, he actually appears to have started this process, knocking huge great holes in the wall and smashing through sections of floor in a seemingly random fashion. This now however appears to have been halted after a campaign by locals desperate to save the building, has been gaining momentum and it’s currently in limbo whilst assessments are carried out, in order to determine it’s fate.

That’s the history, now on to the photos!

Looming at the end of the road

Overlapping characters from the building's many subsequent identities

One of the original staircases

A natural spotlight in the lobby

The main hall of the theatre with the skeletal frame that forms the theatre's iconic central dome, along with the remains of an AC system

Wandering along the crenellated rooftop.

Regular User
Good stuff...good to see a bit of urbex coming out of this fab island...

Regular User
Different! I like it.
eating seeds is a pastime activity.

28DL Full Member
And here's what I believe is one of the original architectural renders showing how the front facade once looked: 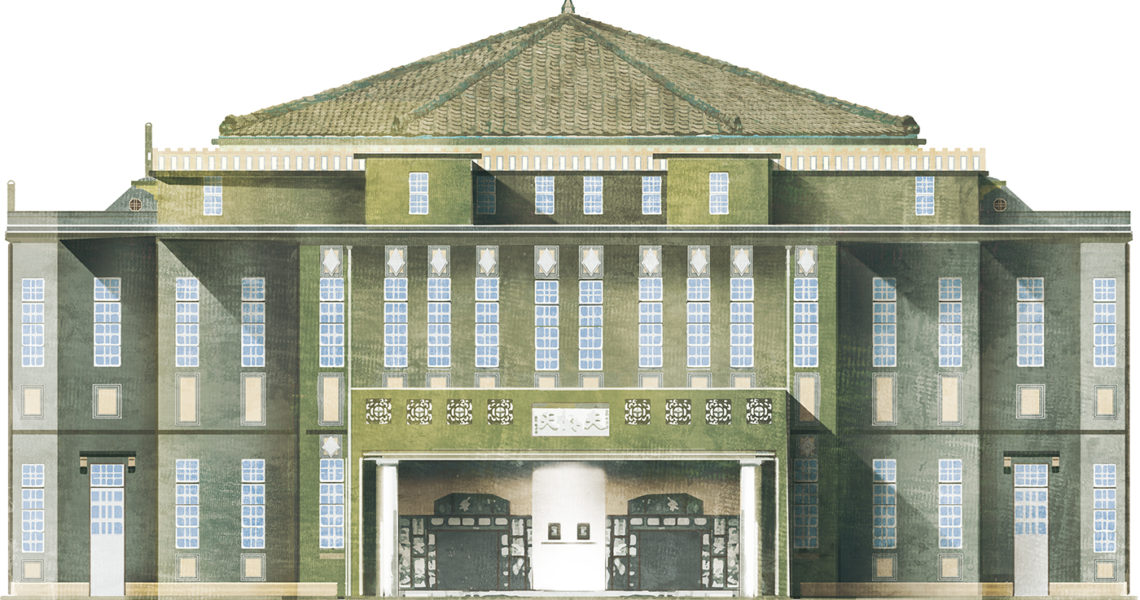